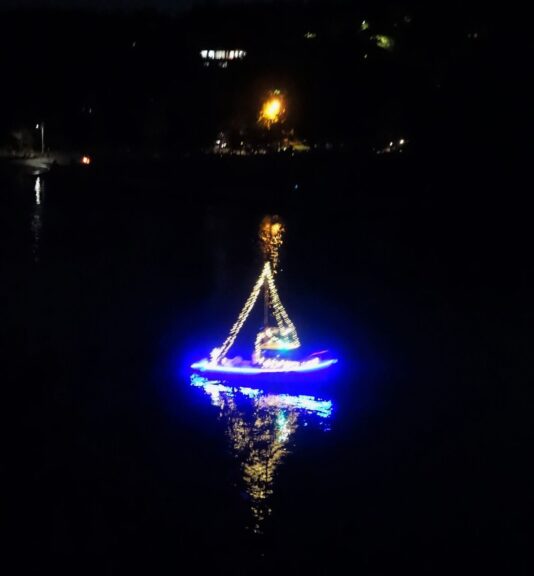 Recently we had a couple of experiences with light that were delightful, memorable, and a long time coming.

Venice on the Arm

Venetian Night on the Northwest Arm is an event that has apparently been happening for the last 100 or so years. I’ve lived in Halifax for most of that time, unaware of this ritual, and witnessed it for the first time just before Labour Day.

The performance consists of vessels decorated with lights sailing down the Arm, accompanied by fireworks, perhaps some music, and a general sense of celebration. 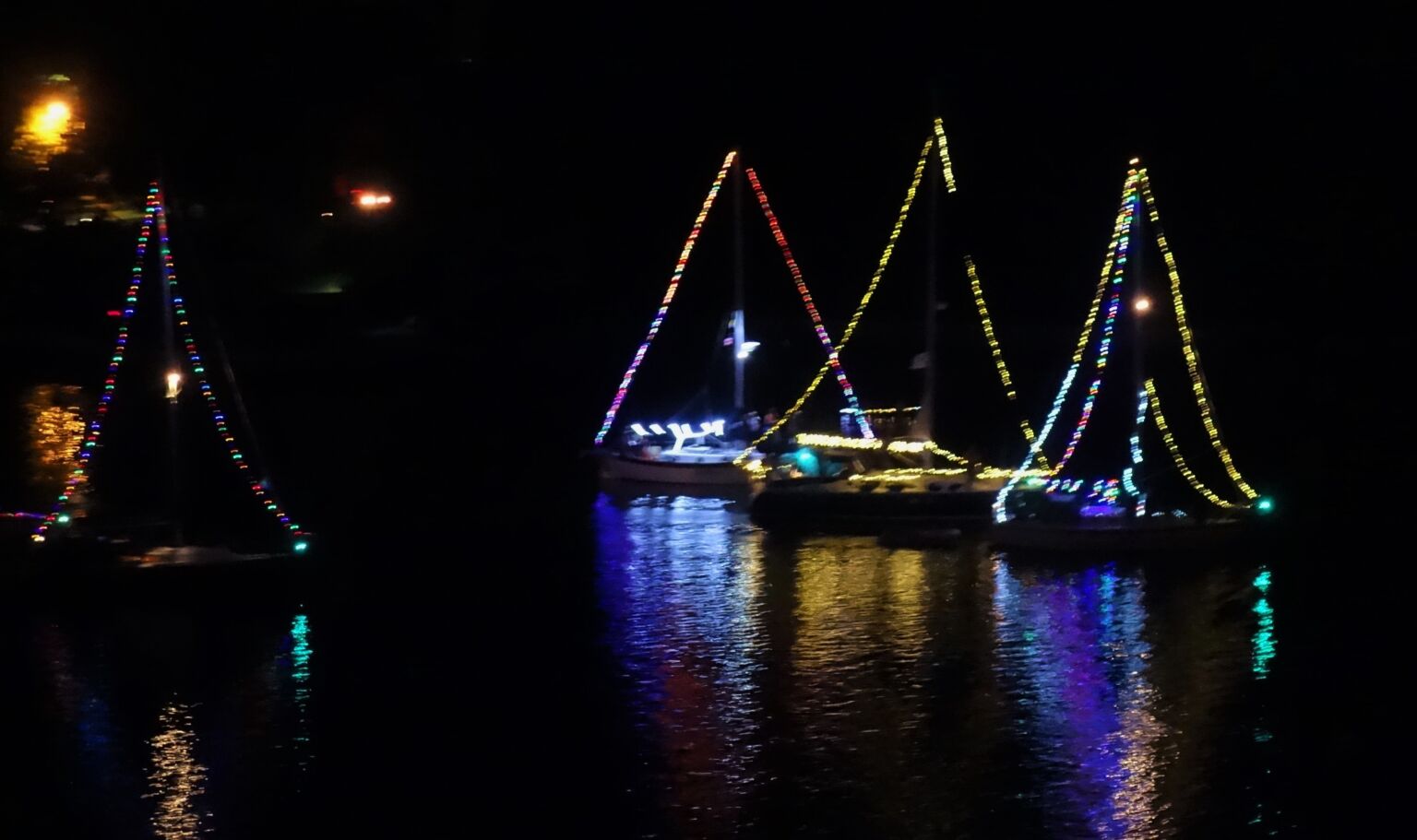 Friends invited us for dinner and the show: a lovely piece of meat, and pie, followed by exclaiming on their deck as the vessels glided past. Magic. 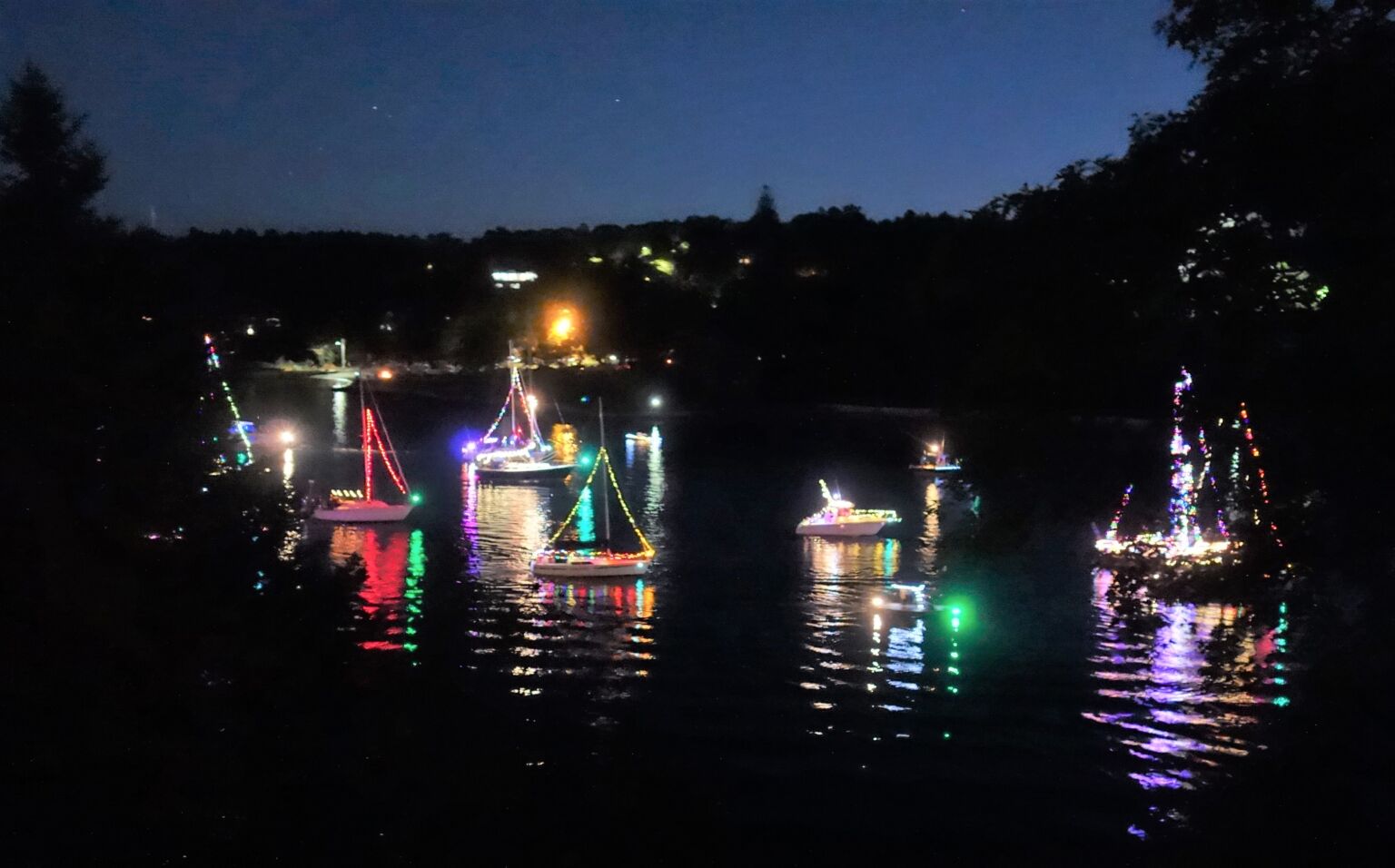 Illuminations on the Arm go back to at least the 1890s, and were a popular way for Halifax to celebrate significant events or royal visits. I don’t really understand how this charming tradition has passed me by for so long. We were told that the lighting schemes were particularly fine this year, perhaps to cheer us up in Covid times.

Our second experience with light was in Cheverie, Hants County, the surprising location of a camera obscura; basically a room-sized pinhole camera. The illustration below gives you an idea of how they work. Leonardo da Vinci was a big fan of the apparatus, and that’s a pretty good endorsement. 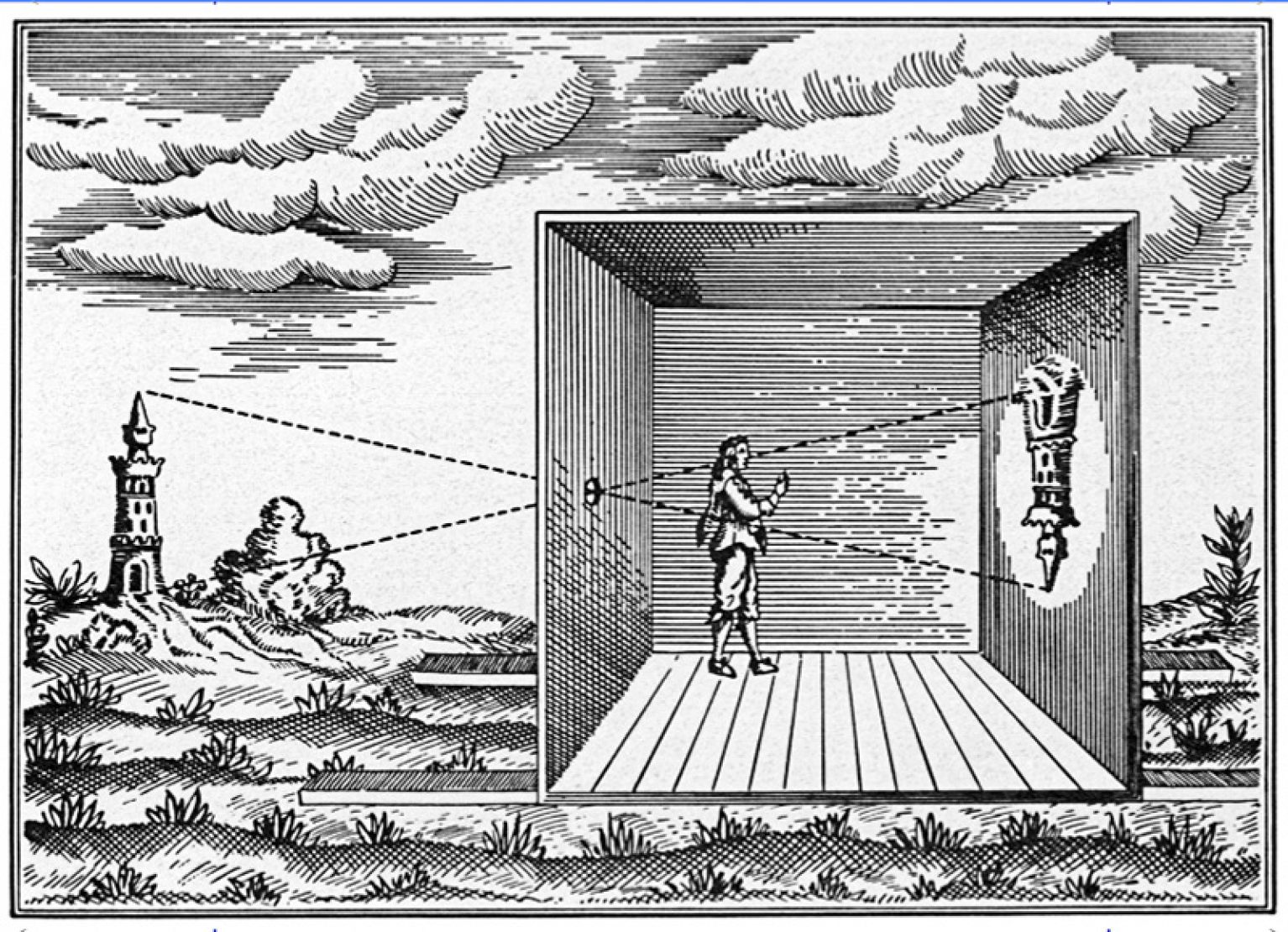 The Cheverie device was fabricated by Dalhousie University architecture students over 2011-12. The curvy structure is made of layers of brick tiles that form a remarkably thin shell. It gets described as a landmark, and it surely is. 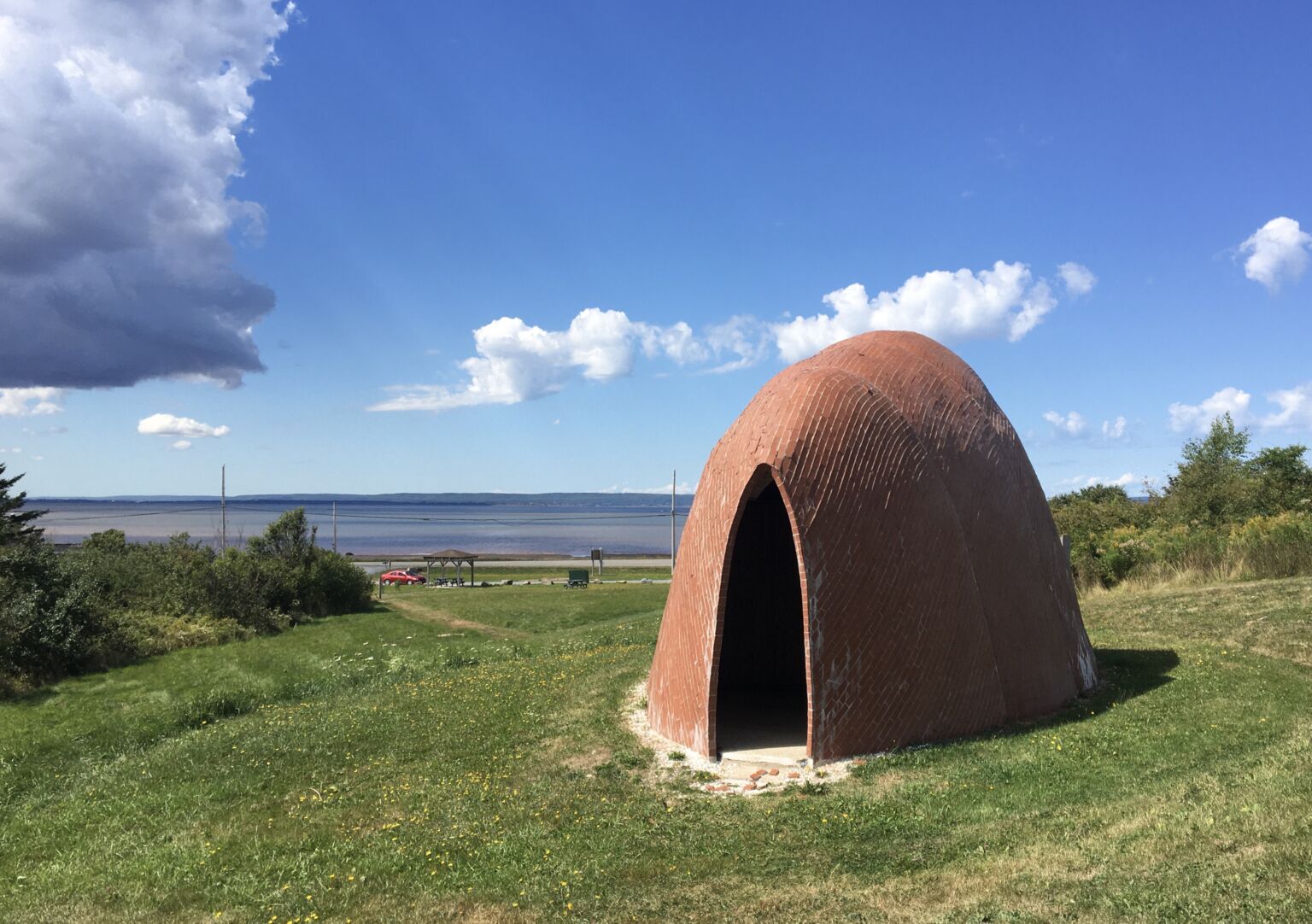 You can enter the enclosure from either end and, once inside, behind thick doors, you find the camera obscura room itself. 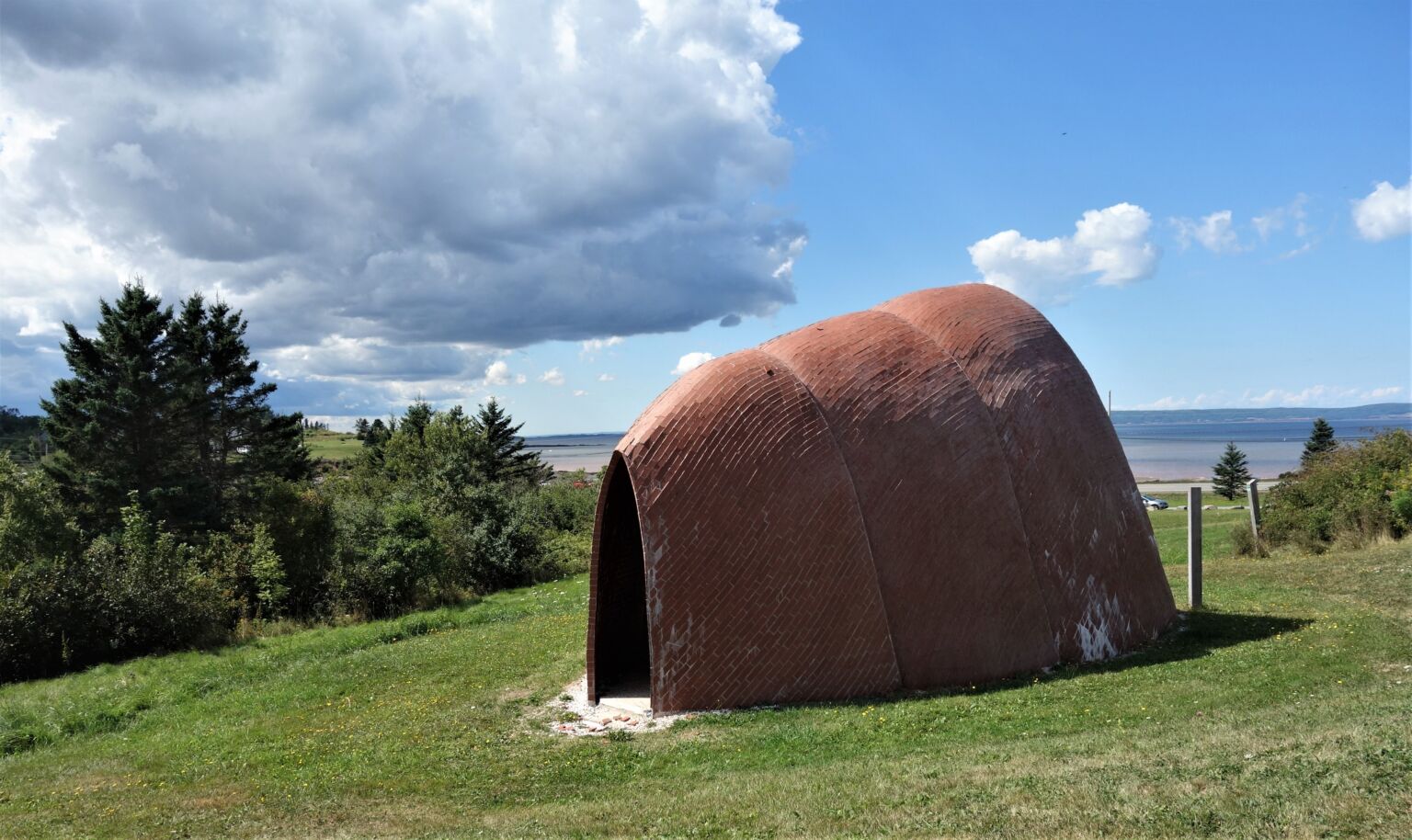 When your eyes adapt to the darkness, there on the floor is a large projection of trees and the bay beyond. Fluffy clouds and lumps of greenery did resemble a romantic painting, but then a truck would drive through the scene, because route 215 is in the middle of the image. 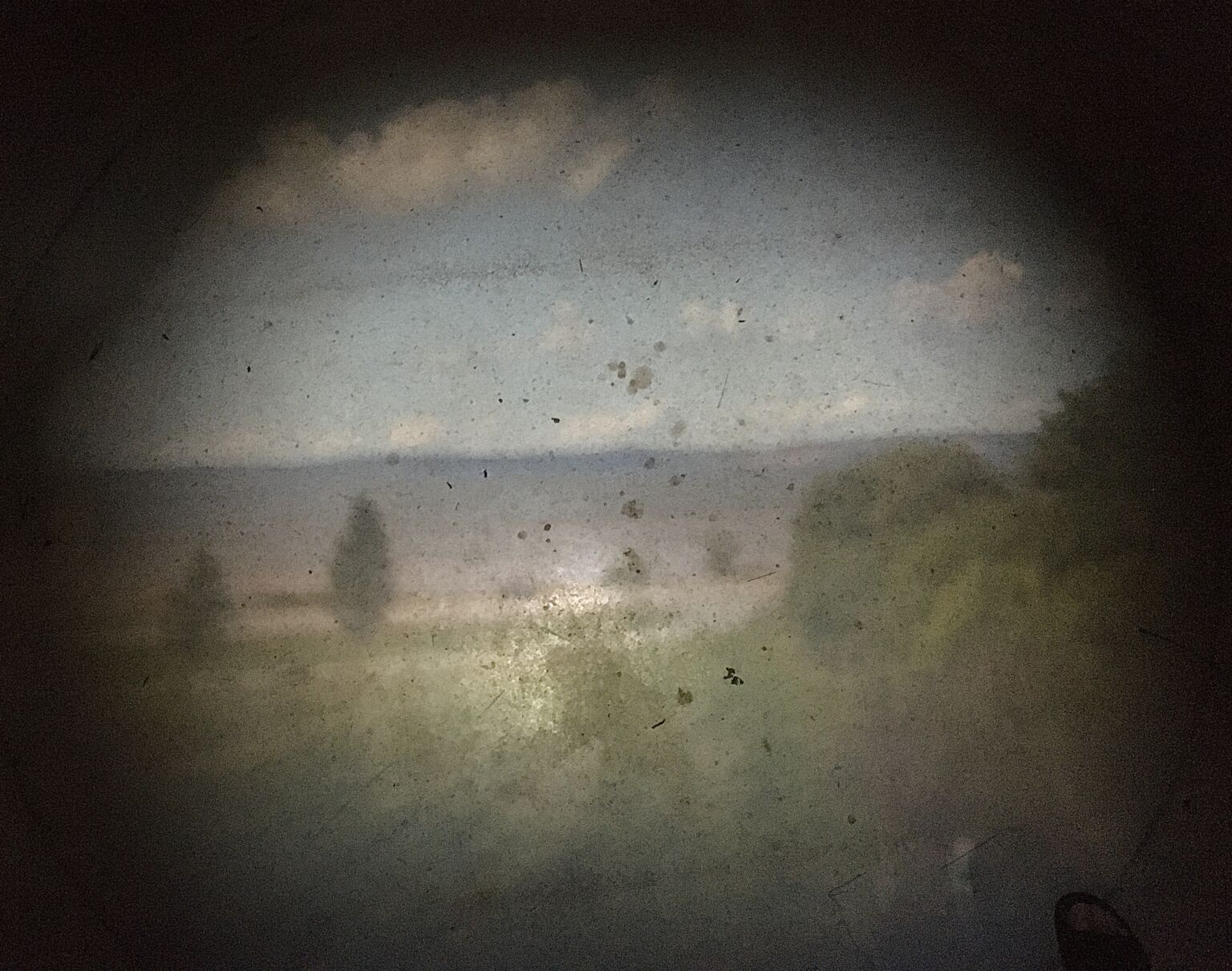 Venetian Night and the camera obscura are exactly the sort of experiences that bring me joy, nice to know there is a seemingly endless supply out there. 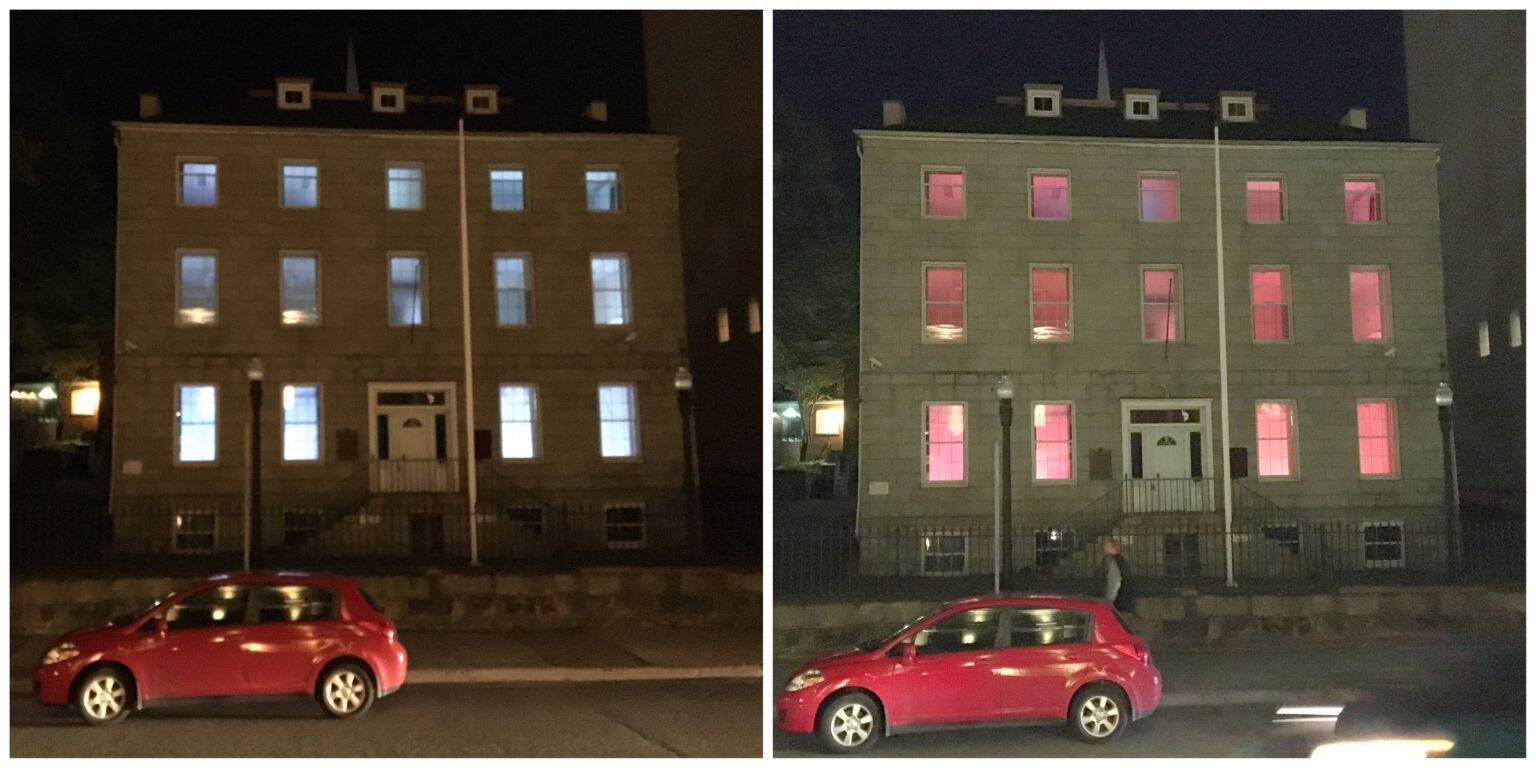 The Stairs family home was on property now owned by the Waegwoltic Club. It was the focus of the illumination that included boats festooned with Chinese lanterns, bonfires on shore, and “Stairs” spelled out in electric lights on a lawn.

Captain Stairs returned to Africa and was hired by the King of Belgium to act more or less as a mercenary in the Congo colony. There was a distressing incident when Stairs appears to have had a regional leader’s head cut off. Stairs himself died in 1892 of a fever, at the mouth of the Zambesi.

Continuing on the light theme, I discovered we have a magic lantern slide that dates from about the time Stairs was in Africa. Glass slides like this were projected, and were a popular form of entertainment and education in the days before moving pictures. A long slide like this would be slowly moved through the projector while a narrative was read.

Stairs looked almost exactly like this dude, but all those white guys in pith helmets look the same. 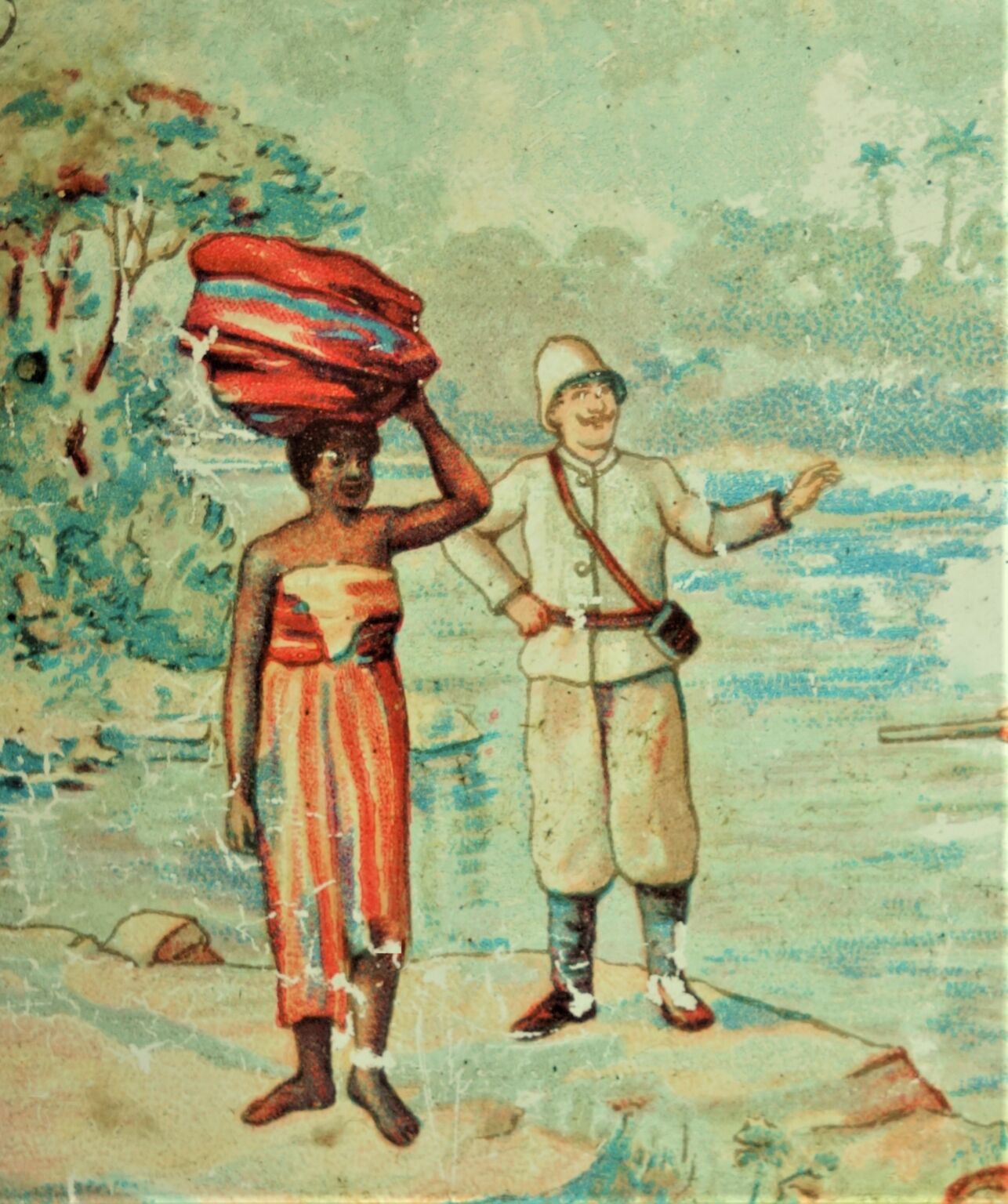