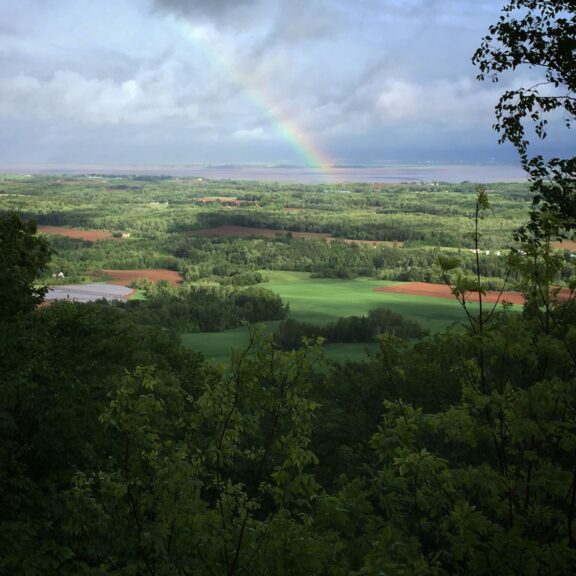 When Sheila and I travel in the province, looking for adventure and discovery, there is always a basket of maps and guidebooks stowed on the backseat, ready for action. They help us understand what we are seeing, and often allow us to conjure up stories about the extraordinary cultural and natural landscapes of our province. 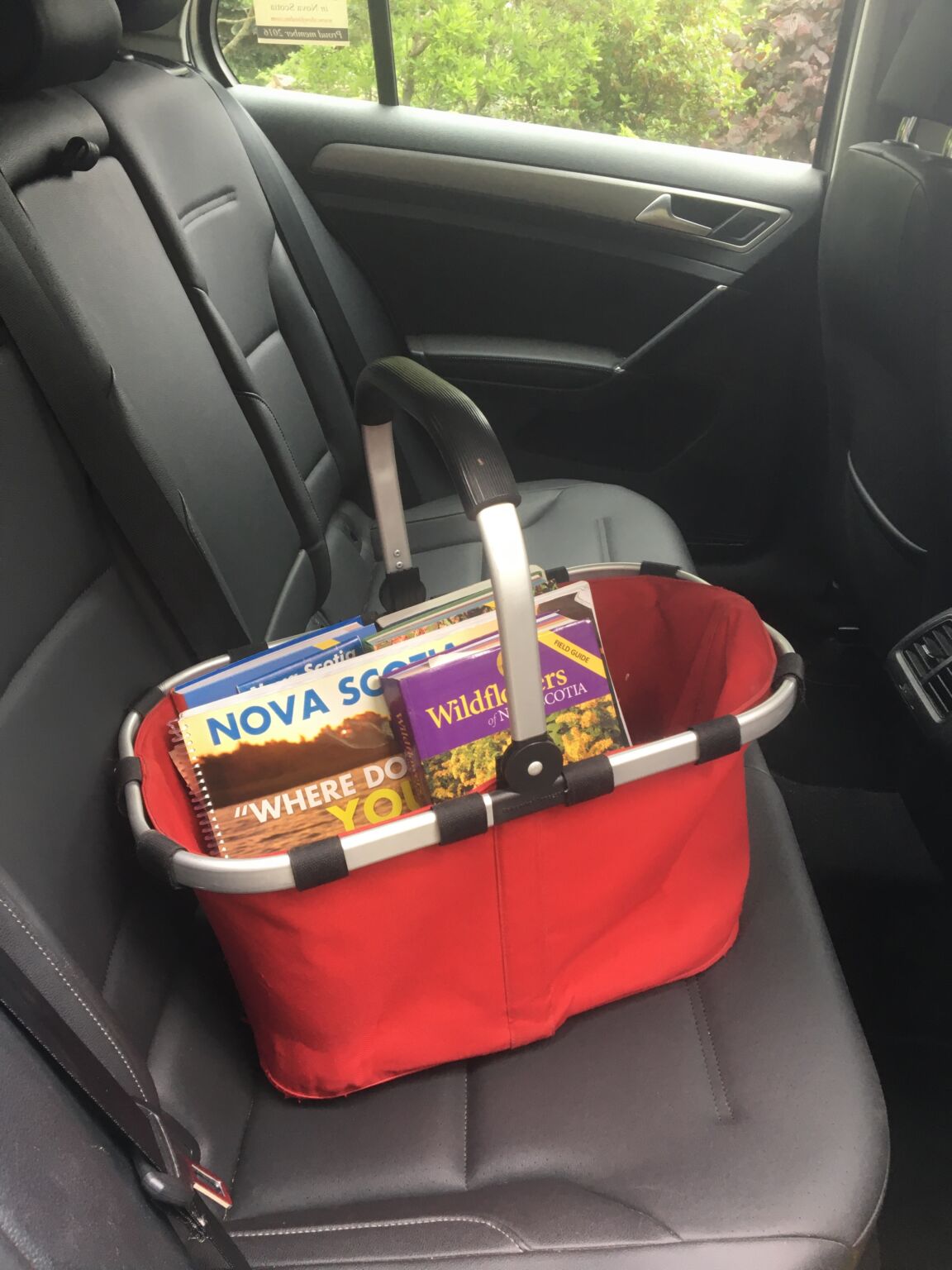 Yes, you could use a phone as your way finder, but in our car the passenger has the tourism road map unfolded to keep track of the final destination, and the detailed atlas open to identify options. In Nova Scotia there are often several routes to get there from here. For example, in the centre of the Annapolis Valley five or six roads run more or less in parallel: choose an emphasis on towns, or farmland, or the Bay of Fundy coast. 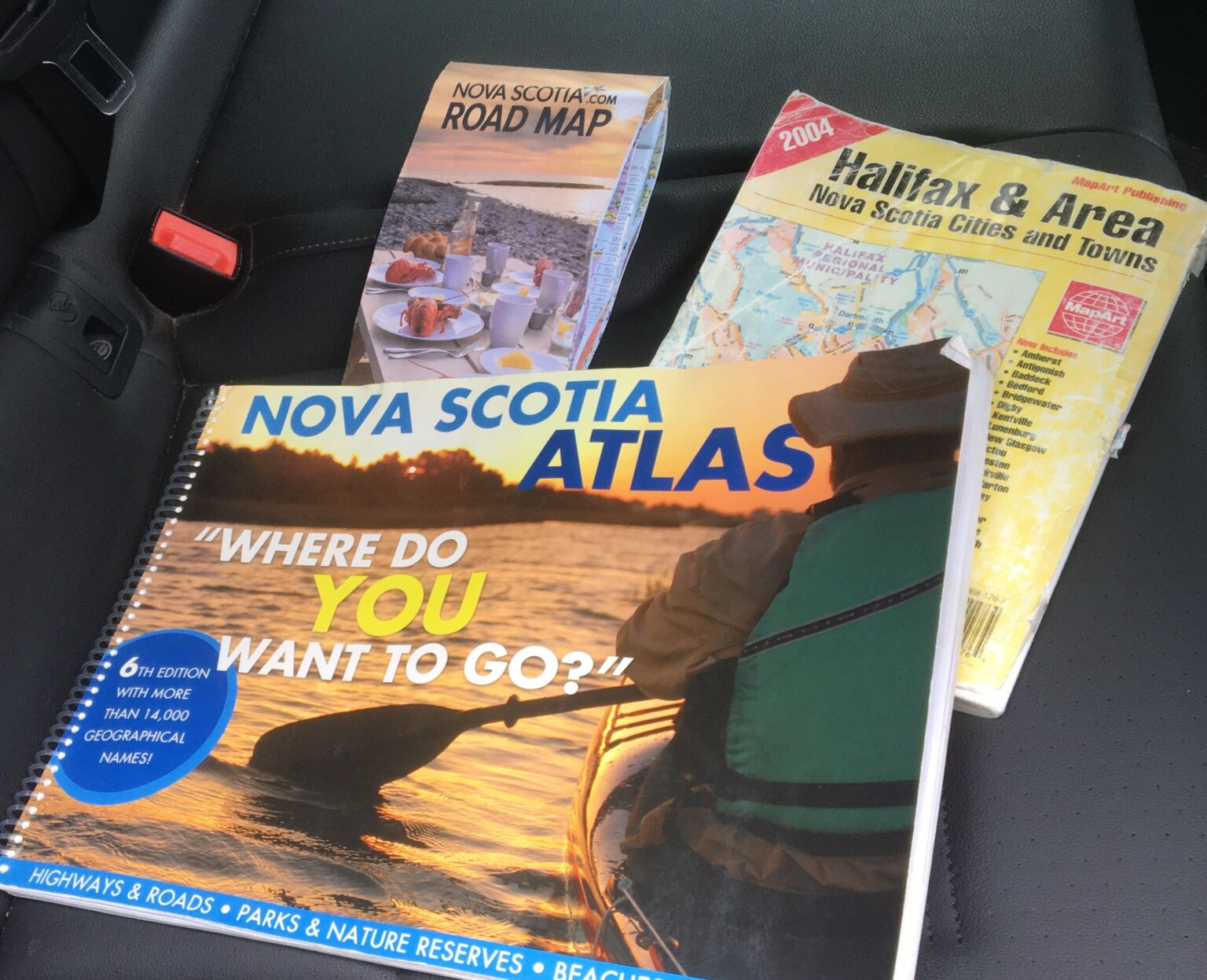 The small Halifax and towns atlas stays in the car year-round for use close to home. It also comes in handy as a reminder of how to get about in Truro (exactly where have they hidden Victoria Park?).

The bulk of our car library deals with natural history. Todd Boland’s photo-filled guides to Nova Scotian wildflowers and trees and shrubs are exactly what we need to identify a ditch plant. 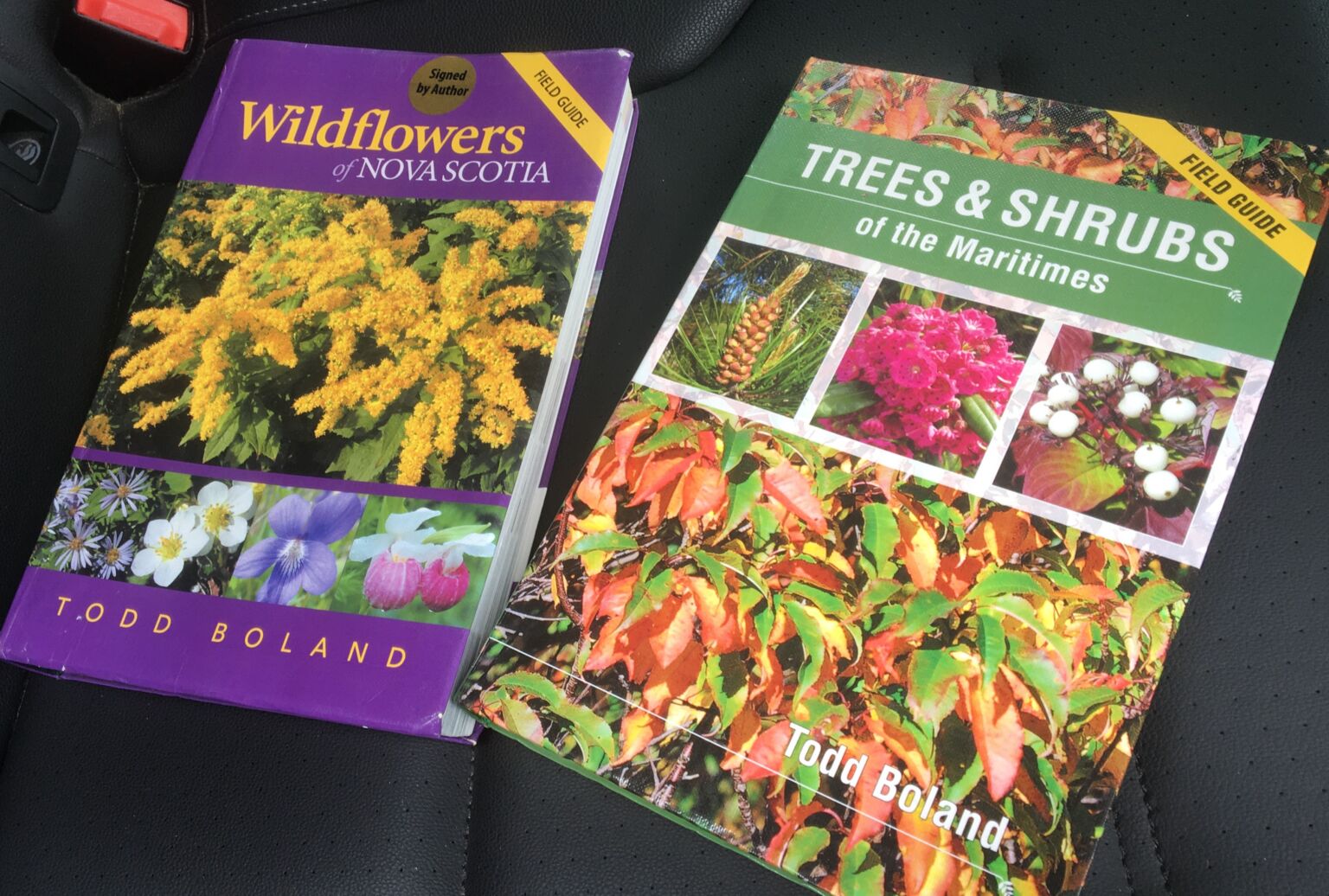 Redundancy is good, so we may stock several plant guides. The Pocket Guide to Roadside Plants was a great idea, because the shoulders of our roads are often filled with delightful displays of flowers that are not as easily identified as lupins. 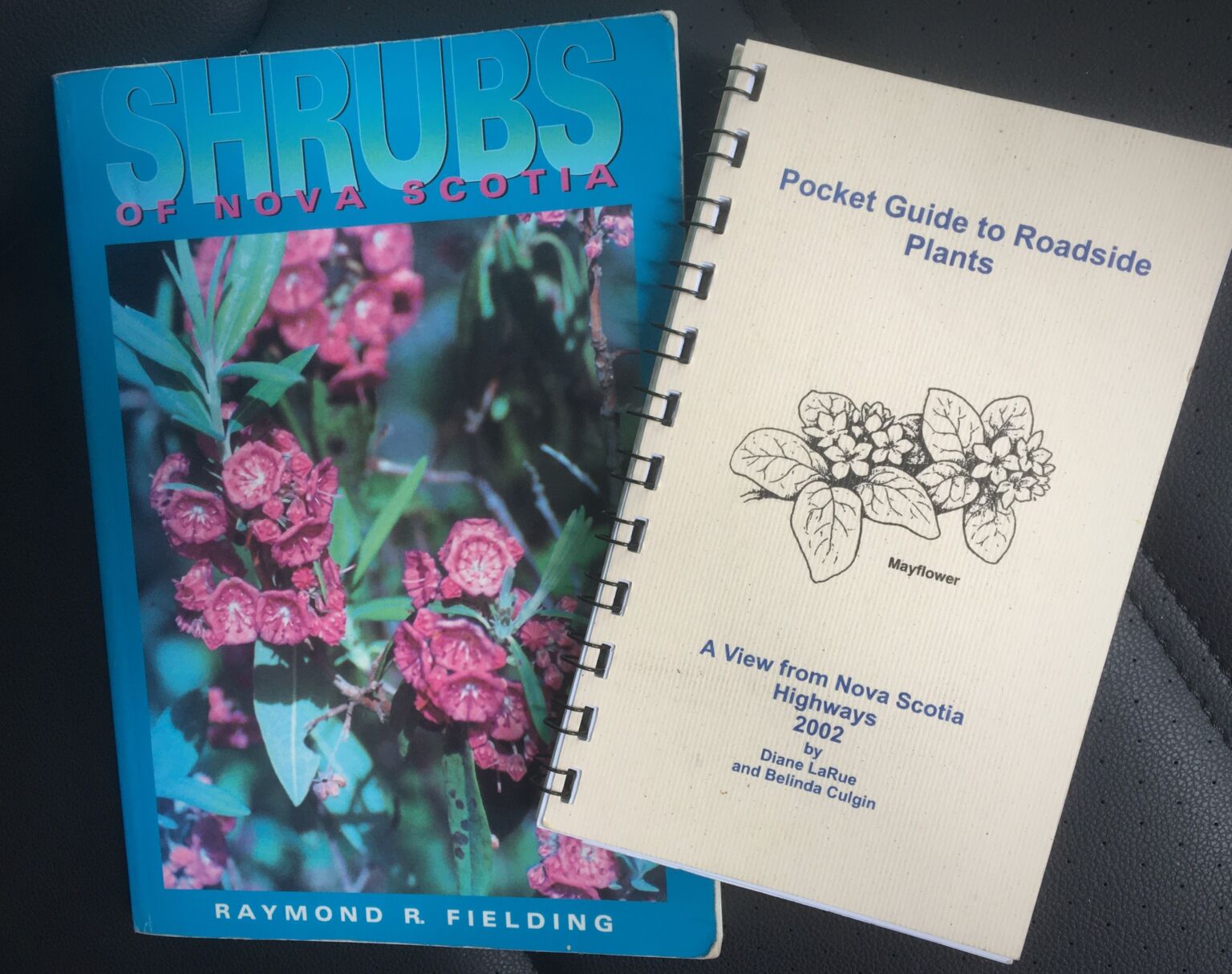 A basic understanding of the geology of the province will really up your game interpreting the landscapes you are driving through. It’s worth the effort. The Geology of Nova Scotia is a guide to 48 scenic sites, places you might be stopping at anyway.

The geology map also has sites to visit. Years ago we made a point of checking an earlier version of this map as we drove back roads from Halifax to Cape Breton. At the end of the day we realized that whenever we came upon picturesque farmland it was on sandstone. For us that felt like an important discovery and insight. 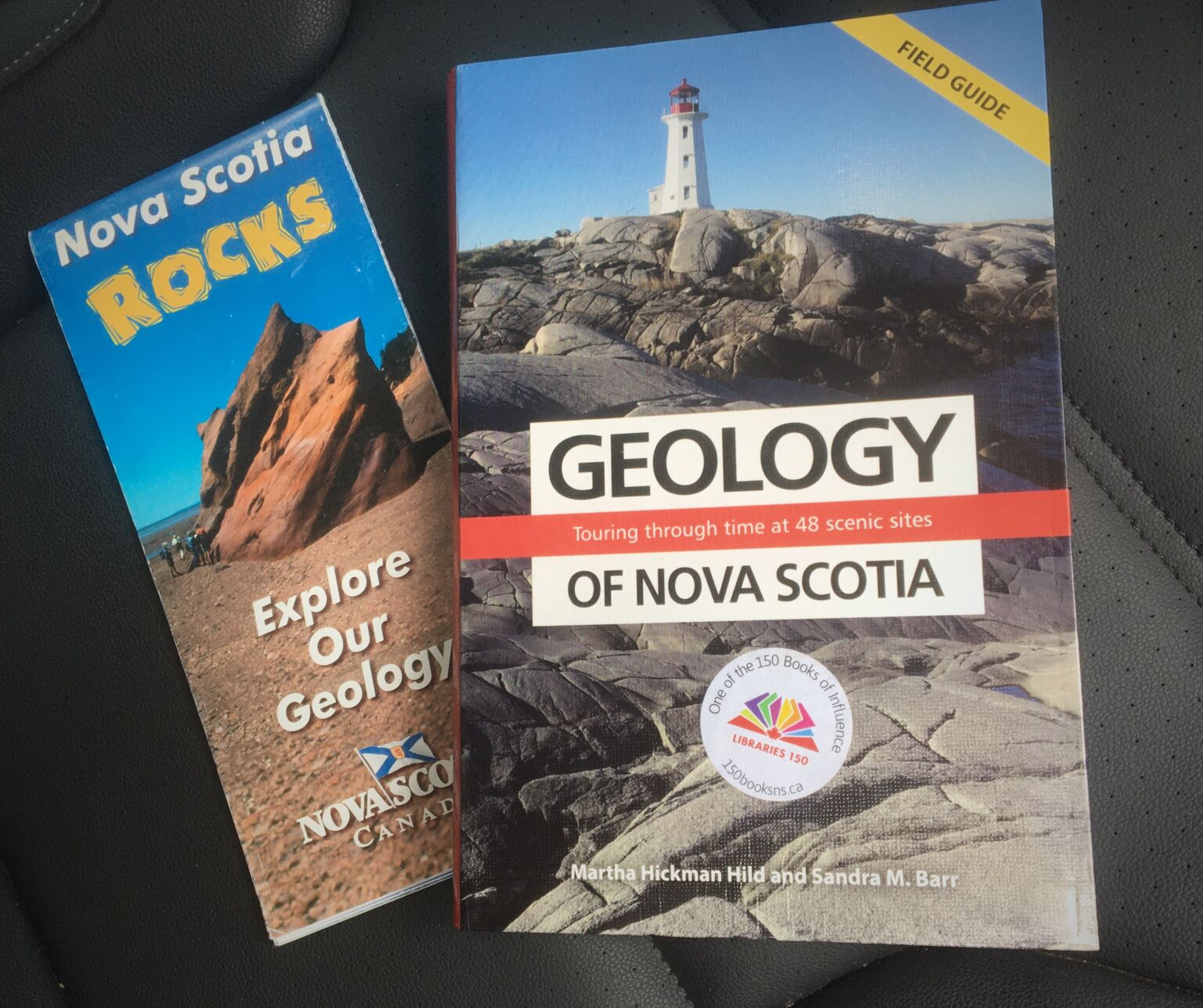 Tourist bureaus are convenient washroom stops. Sign the guest book and also look for local tour brochures. We are attracted by heritage walking tours, which often give you a special sense of the local history, and what locals think is important. 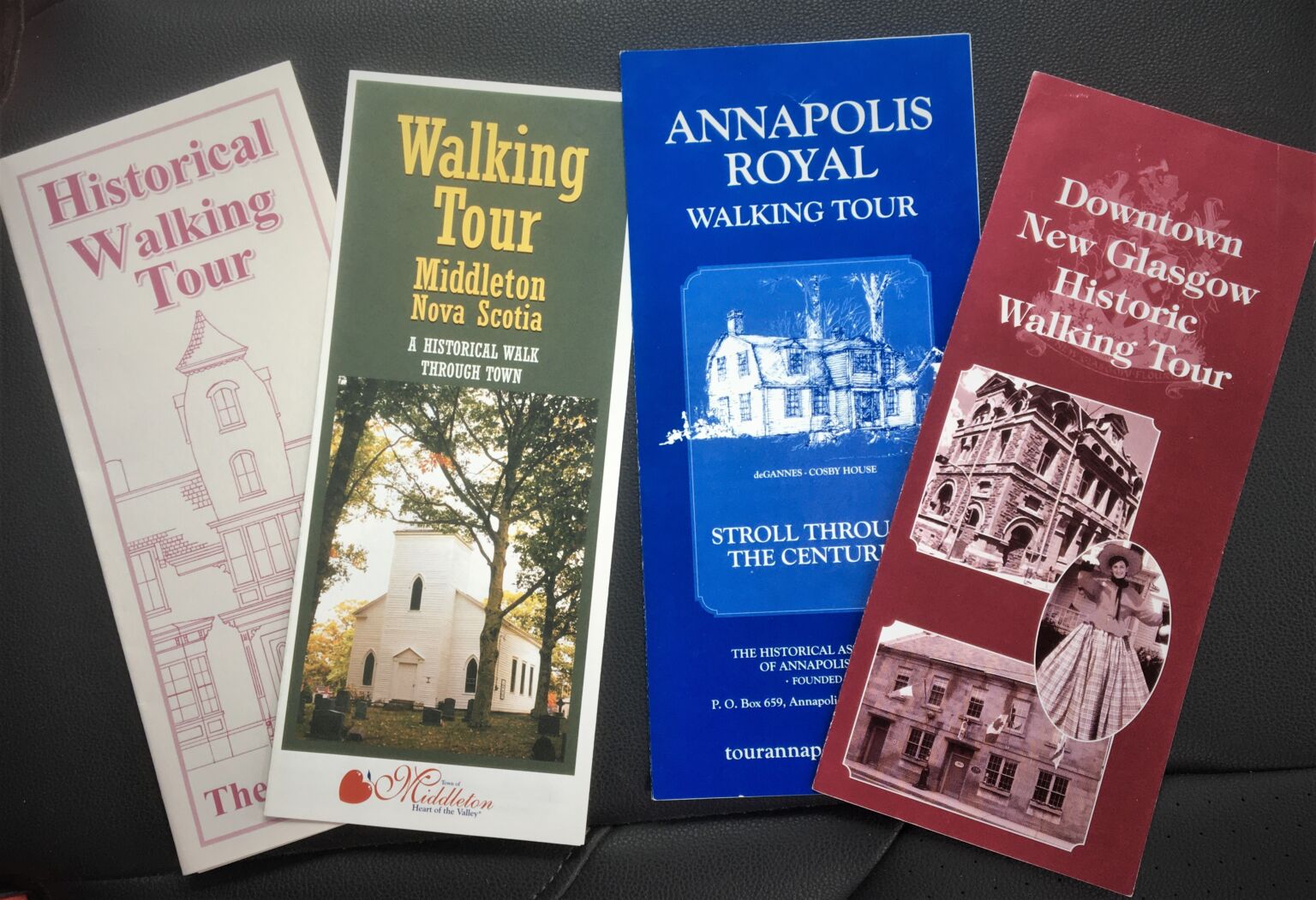 A useful phone app is Historic Nova Scotia. It has an ever-expanding collection of stories (over 180 at the moment), each linked to a location. Some of their stories have been organized into tours.

A small book that has given us endless pleasure is a field guide to clouds. Both driver and passenger can  observe clouds and since we never remember the cloud names for long, it is always new. We do remember Luke Howard, who named the clouds in 1802. He is referred to as ‘The Godfather of Clouds.’ 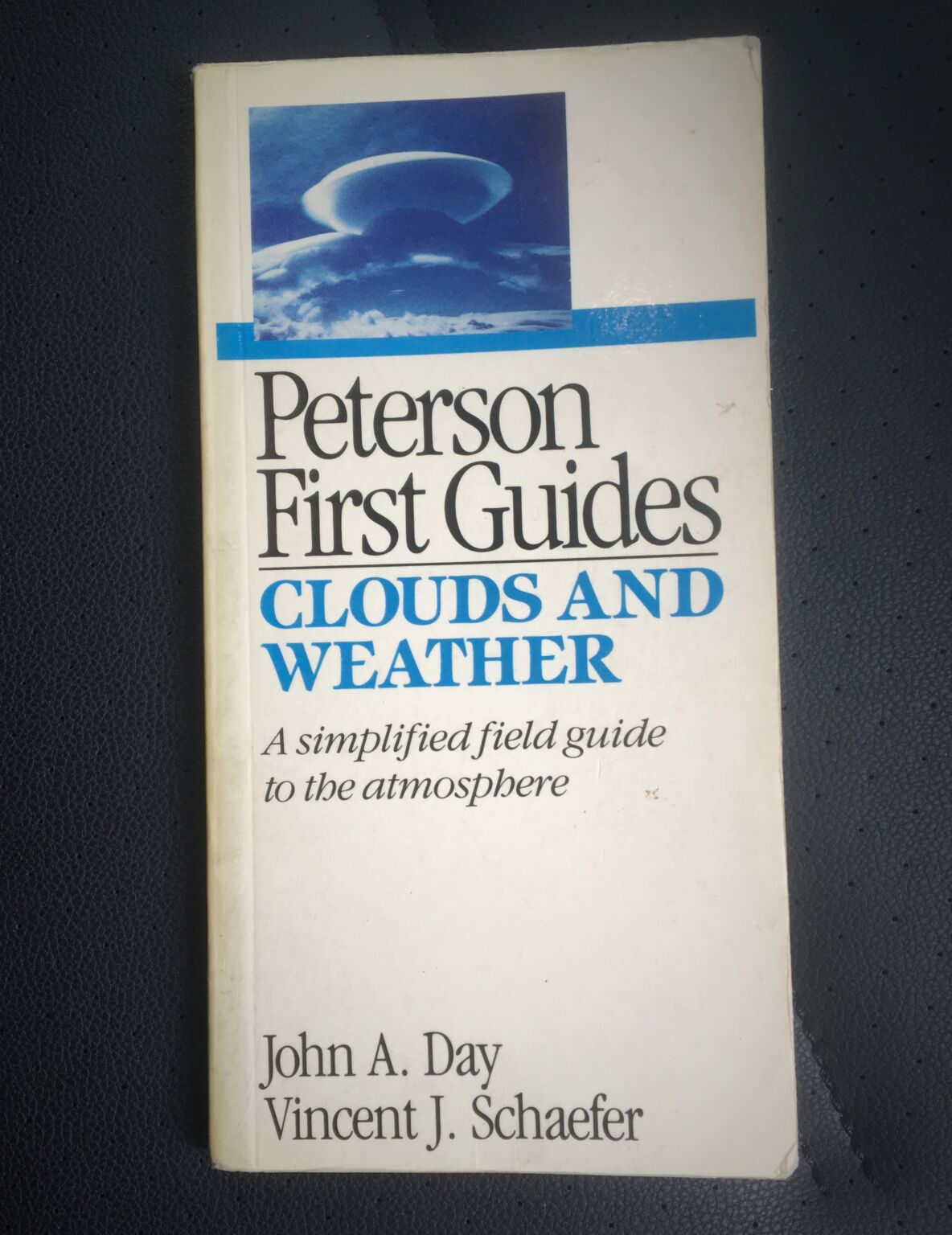 Animal life is well represented by the likes of eels, loons, and trout. I particularly like that there are over 40 locations named for once plentiful caribou, but only four named for a recent arrival in the province, deer.

Many names are descriptive, such as red, rocky, or round. A favourite of mine are the 20 Spectacle Lakes and Spectacle Islands. I assumed these were visually striking locations, but no, it was because two close together lakes or islands resemble eye glasses. A good example is Spectacle Island in Purcells Cove. I suppose it could have had other names too. 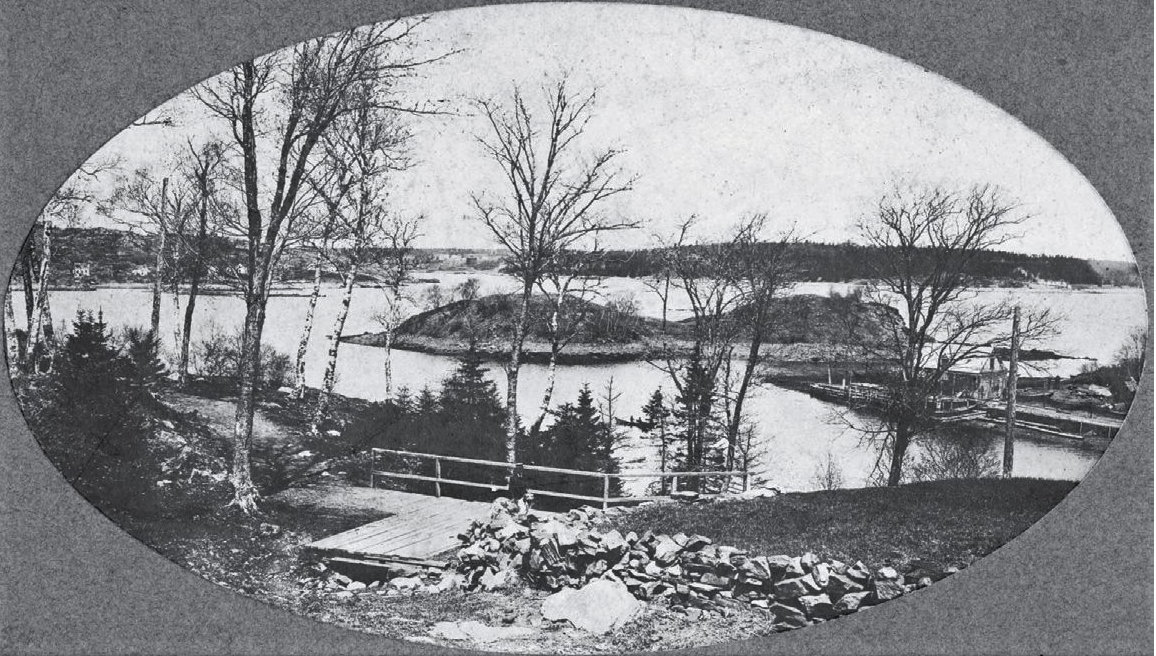 I’ve found it helpful to remember that relatively recently the region was covered by a really thick layer of ice, and that glaciers sculpted many of the landforms we enjoy today, think Peggy’s Cove or Citadel Hill. People were moving into the area 12,000 years ago as the last of the ice was melting.

Another story that surprised me is that the Bay of Fundy is brand new, only about 5000 years old, created by raising sea levels from all that melting ice. So people were around to witness this remarkable event. What a story they had to tell.