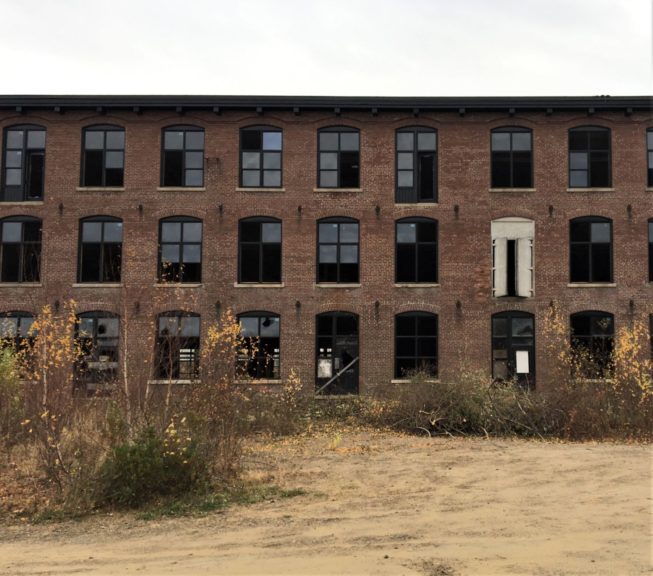 Recently we spent an overnight in Windsor, Nova Scotia. When we arrived, the grey afternoon was quickly turning dark, but there was time to get in a tiny bit of noticing.

The forlorn Windsor Wear building was our first stop. A few years ago there was much hope it would receive a new beginning but that appears to be long gone. Similar brick factory buildings could once be found in many of our industrial towns but most have gone now, which makes it even more sad to see this prominent example fade away. 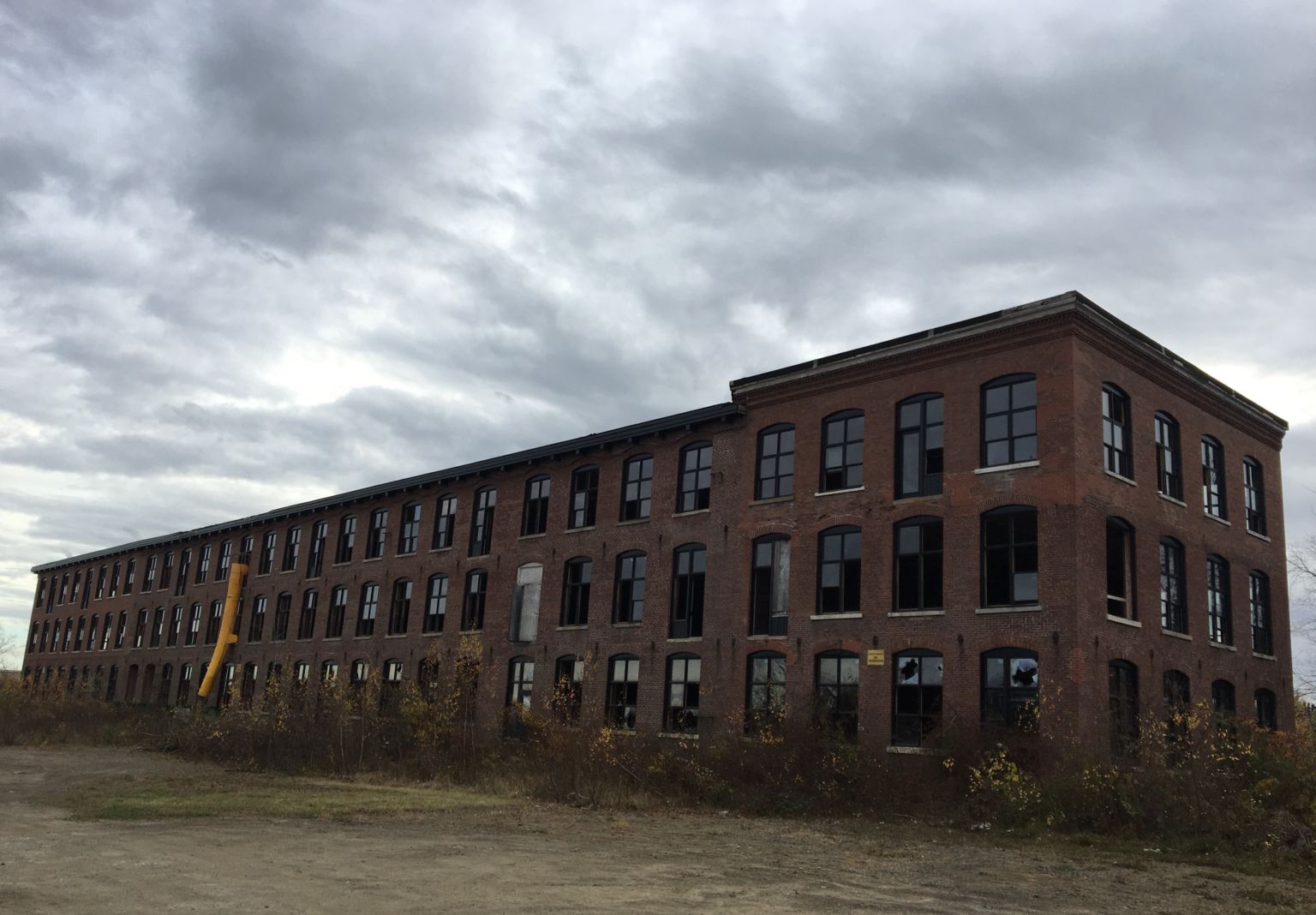 The twinning of Highway 101 will bring the elevated roadway very close to the building (if it is even still there). 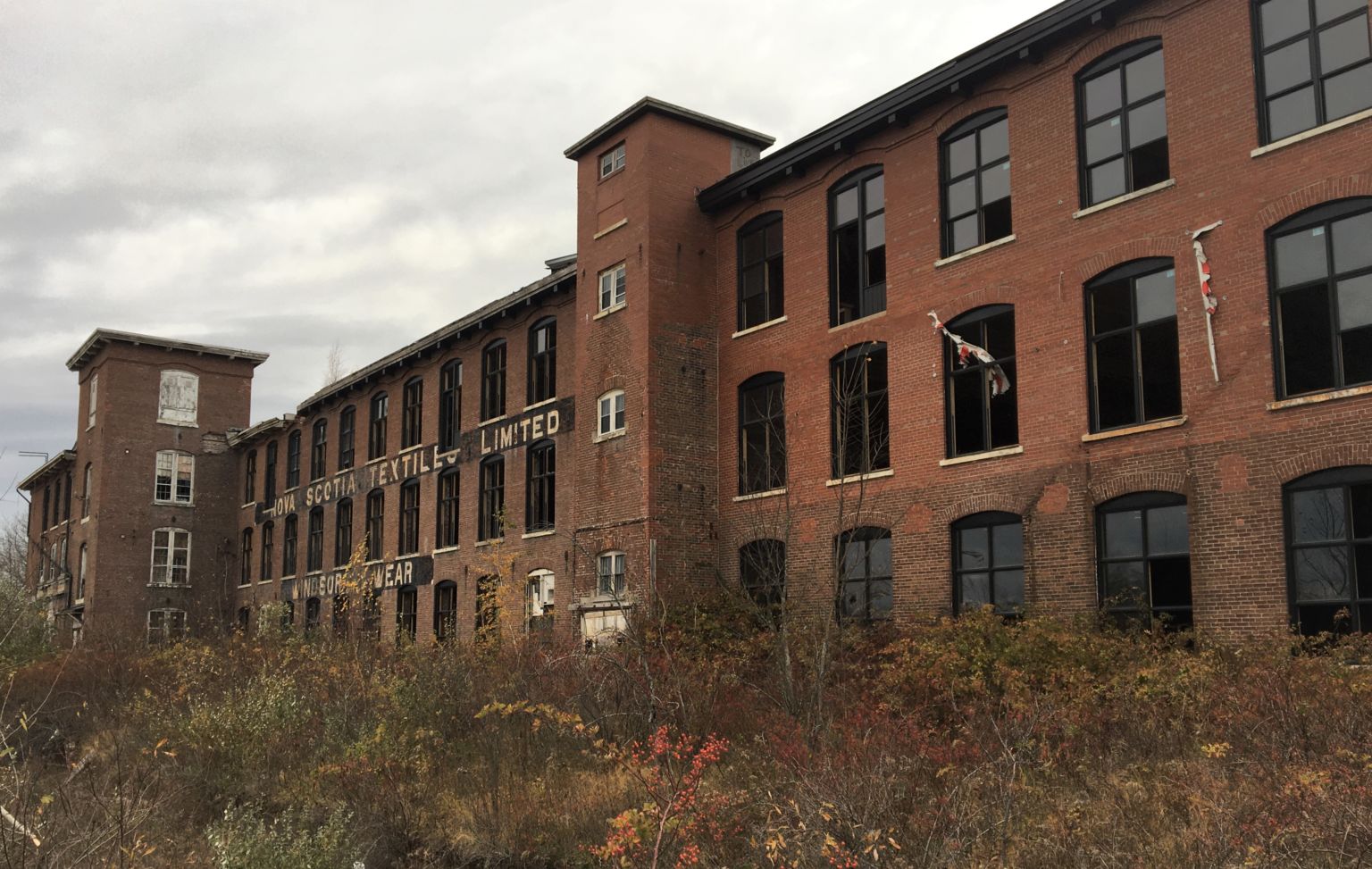 Next we headed over to the campus of King’s-Edgehill School, the original location of King’s College. Forty years ago I came across this 1877 century illustration of the Library at King’s College and assumed the building no longer existed. Surely such distinctive architecture would be well known, I thought. 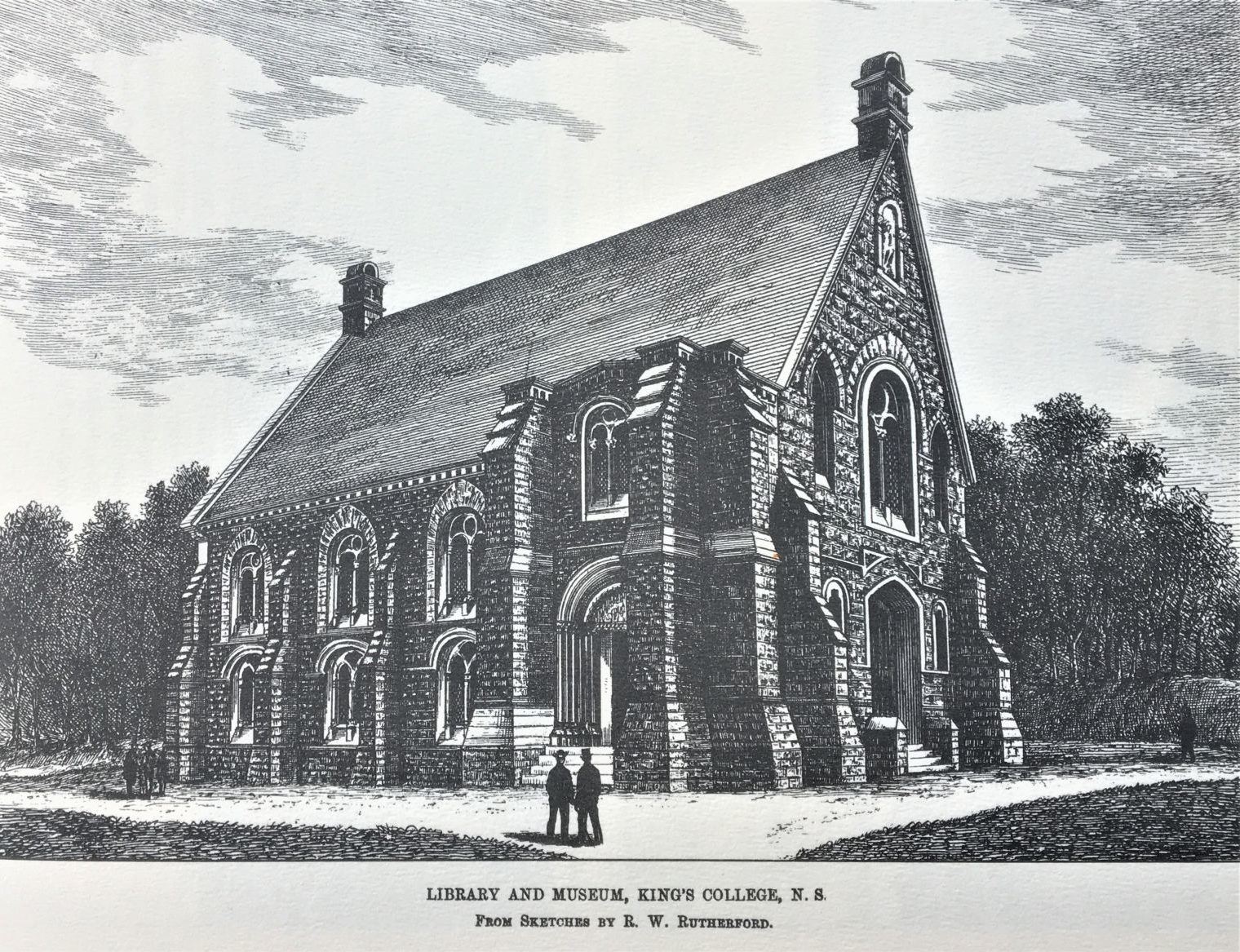 I was almost right; for years the building was unsafe to enter and under some threat. But in the 1990s the will and the resources were mustered for a glorious restoration, and now it once again houses the school library. 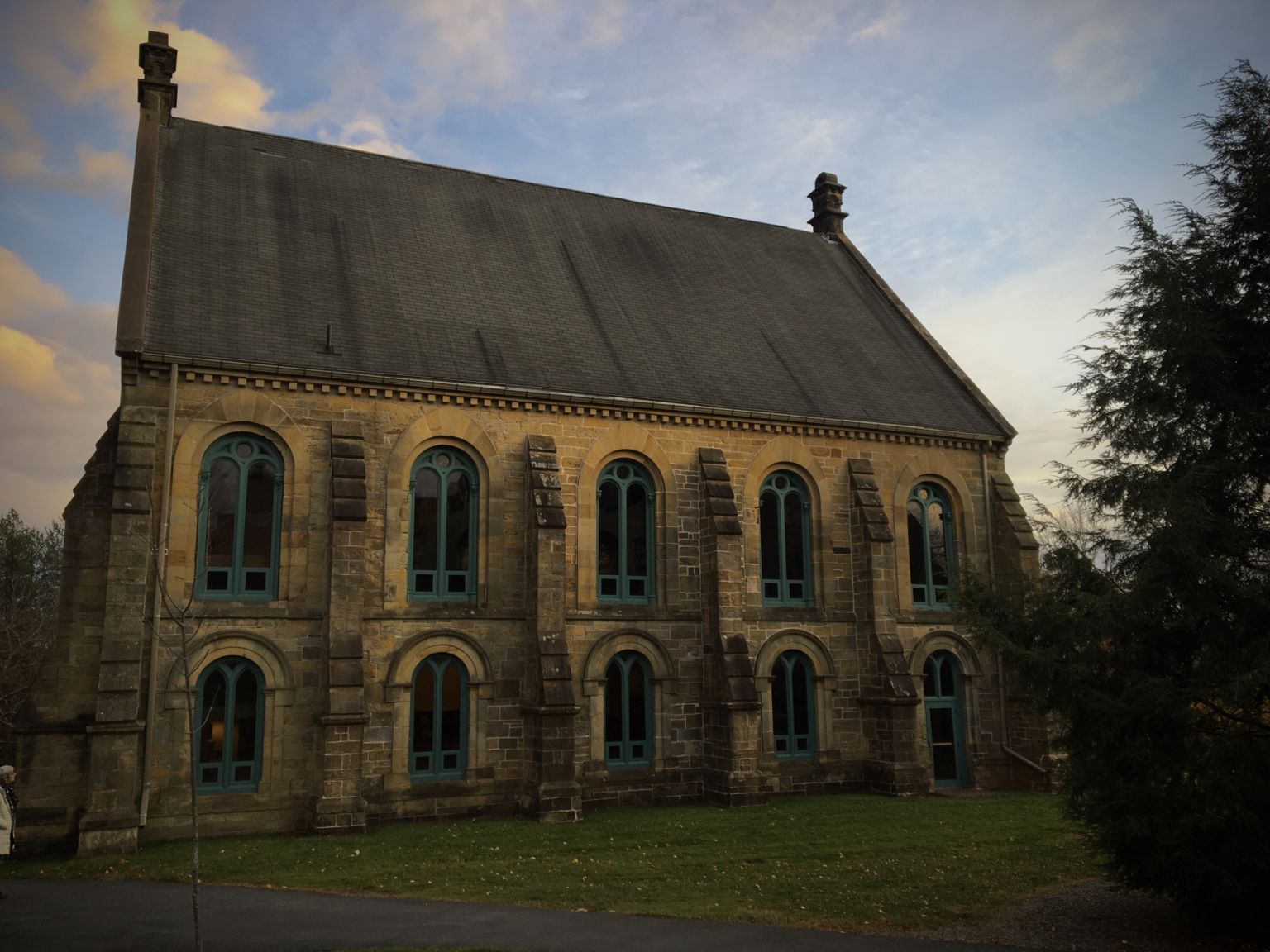 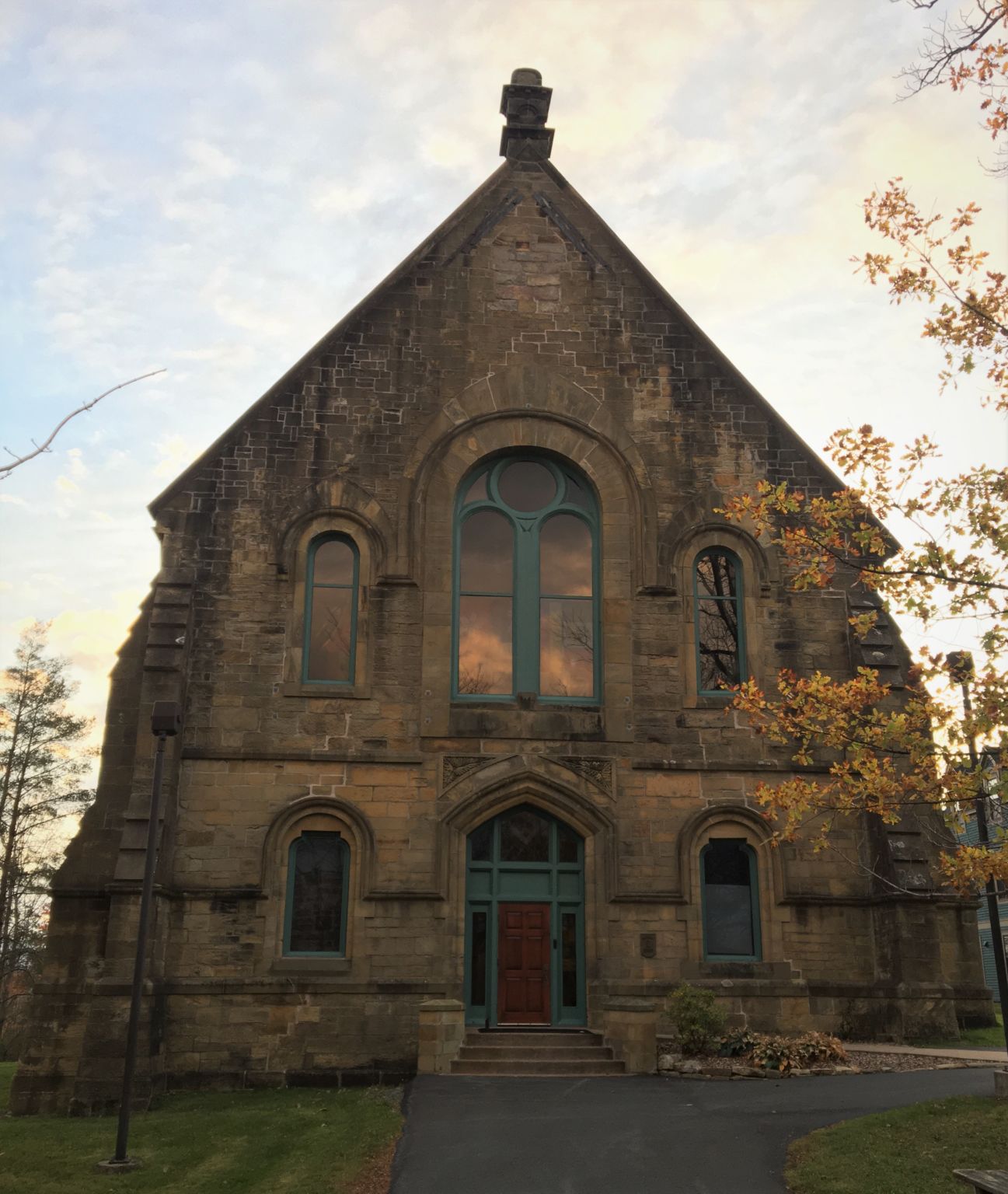 On the outside there is a Hogwarts vibe, but inside it sparkles. 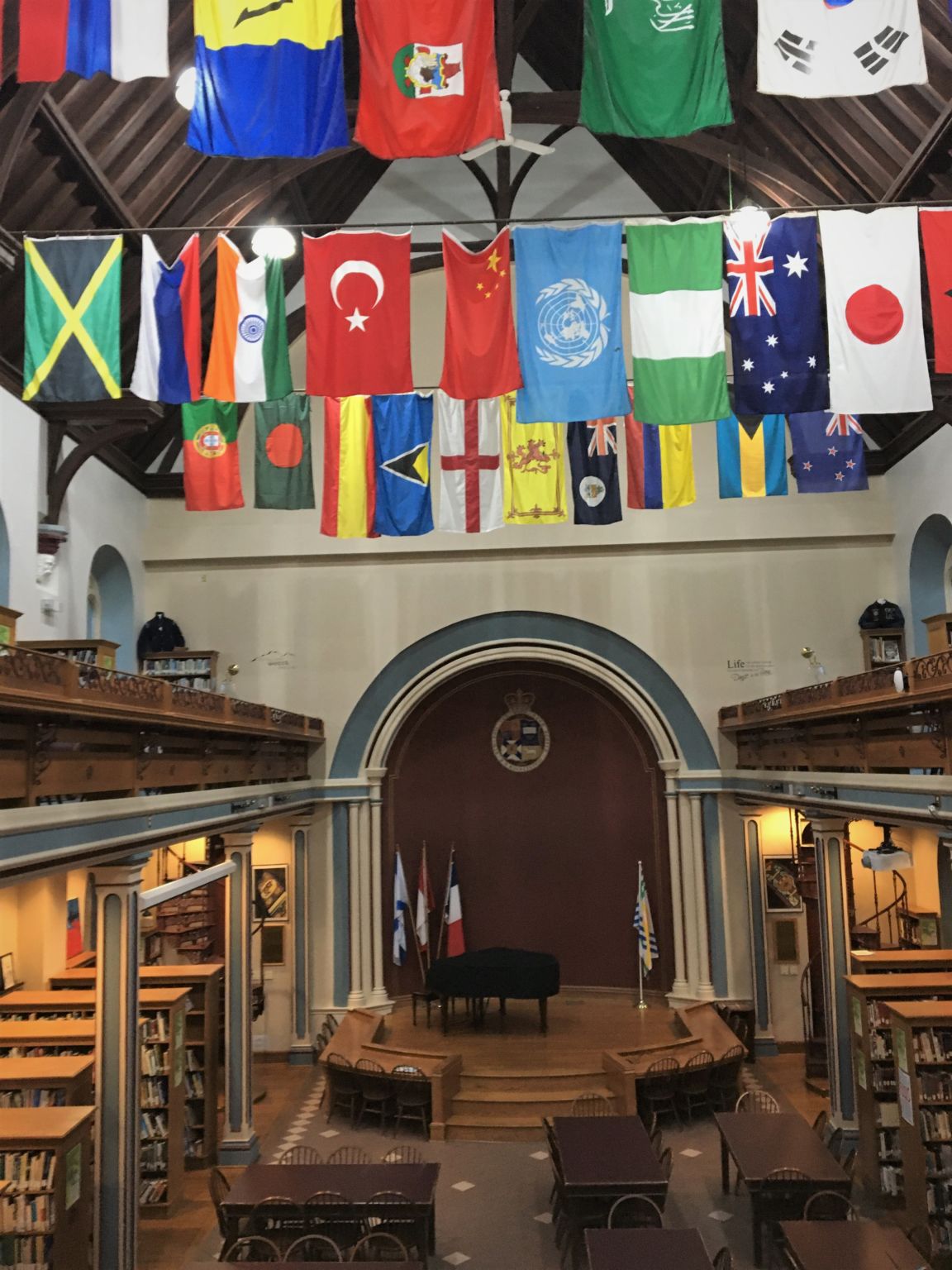 Isn’t the back of the building sublimely medieval? 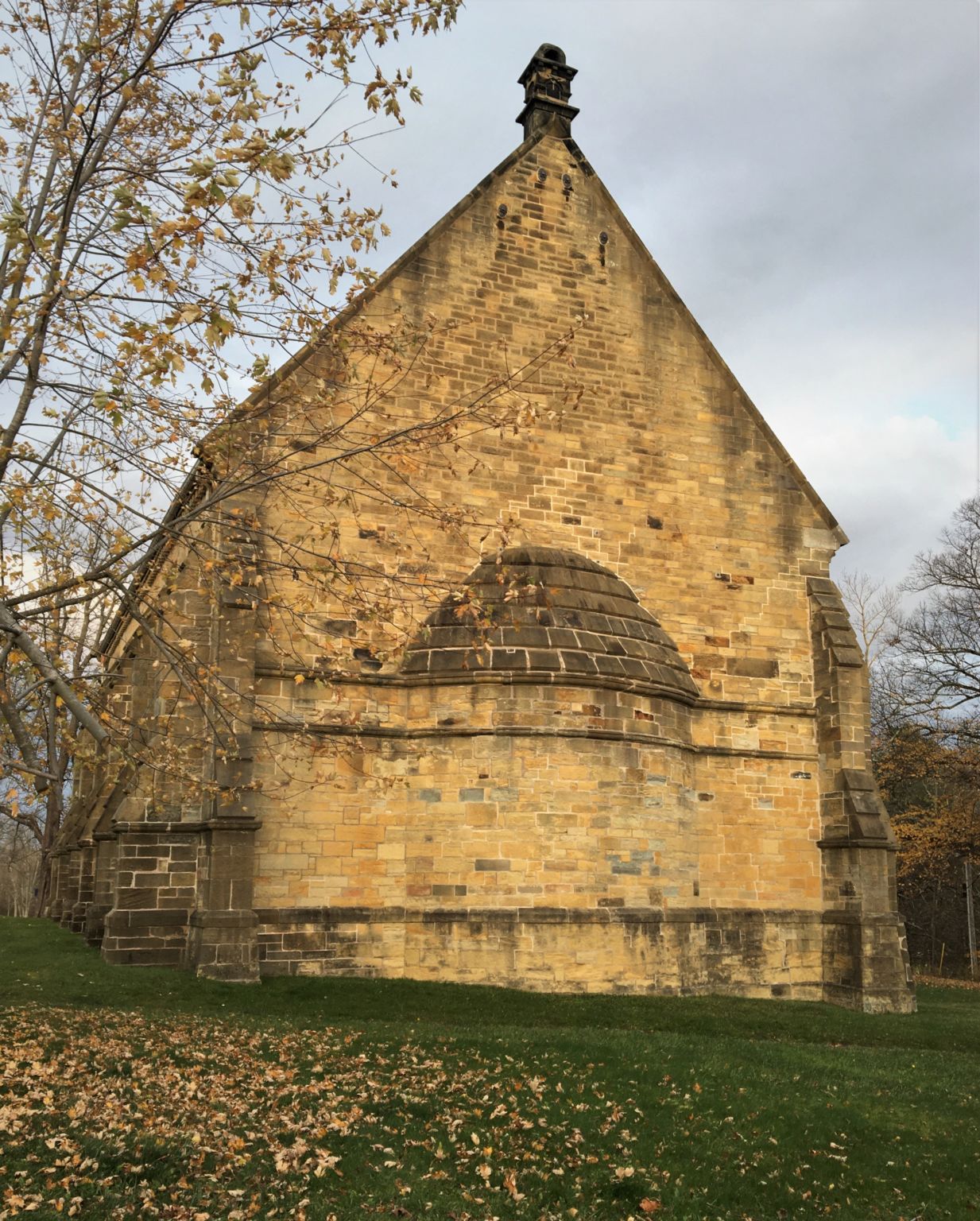 Roof beams are supported by stone heads. Their noses apparently fell victim to student target practice back in the 1940s. 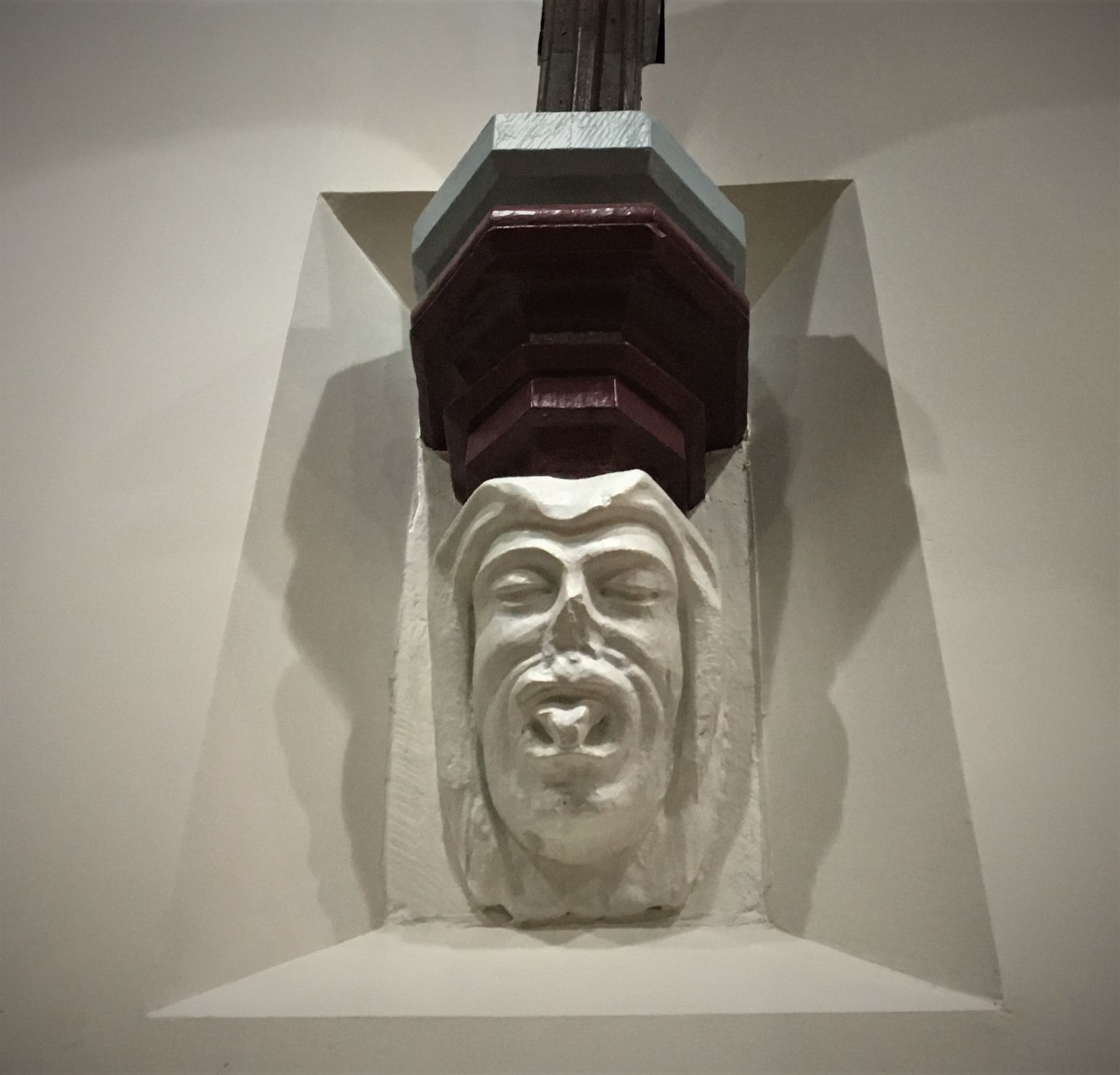 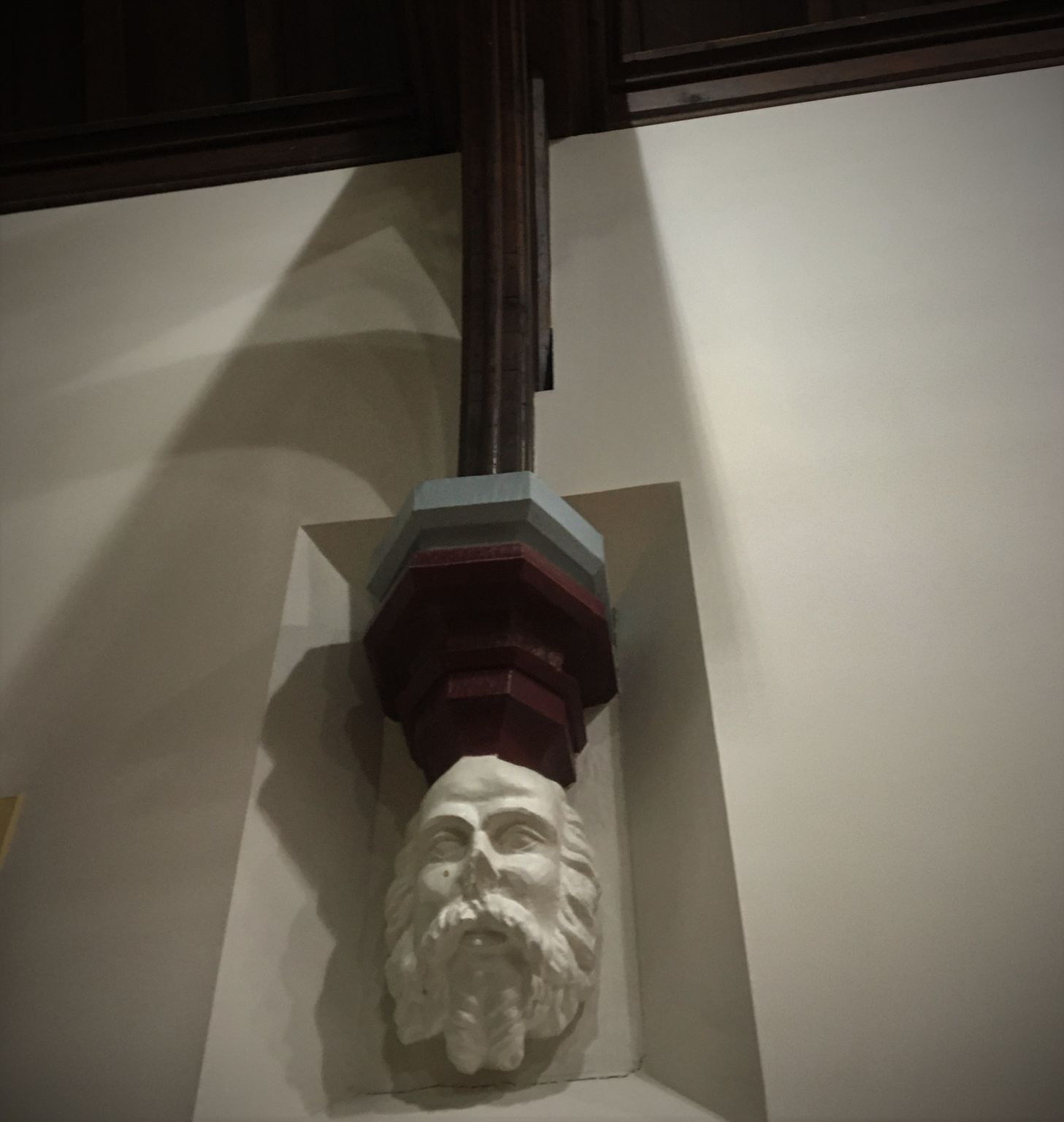 Then we did a little wandering in the center of town and one of our first encounters was with these 19th century businessmen on an old bank building. No noses too. Be warned. 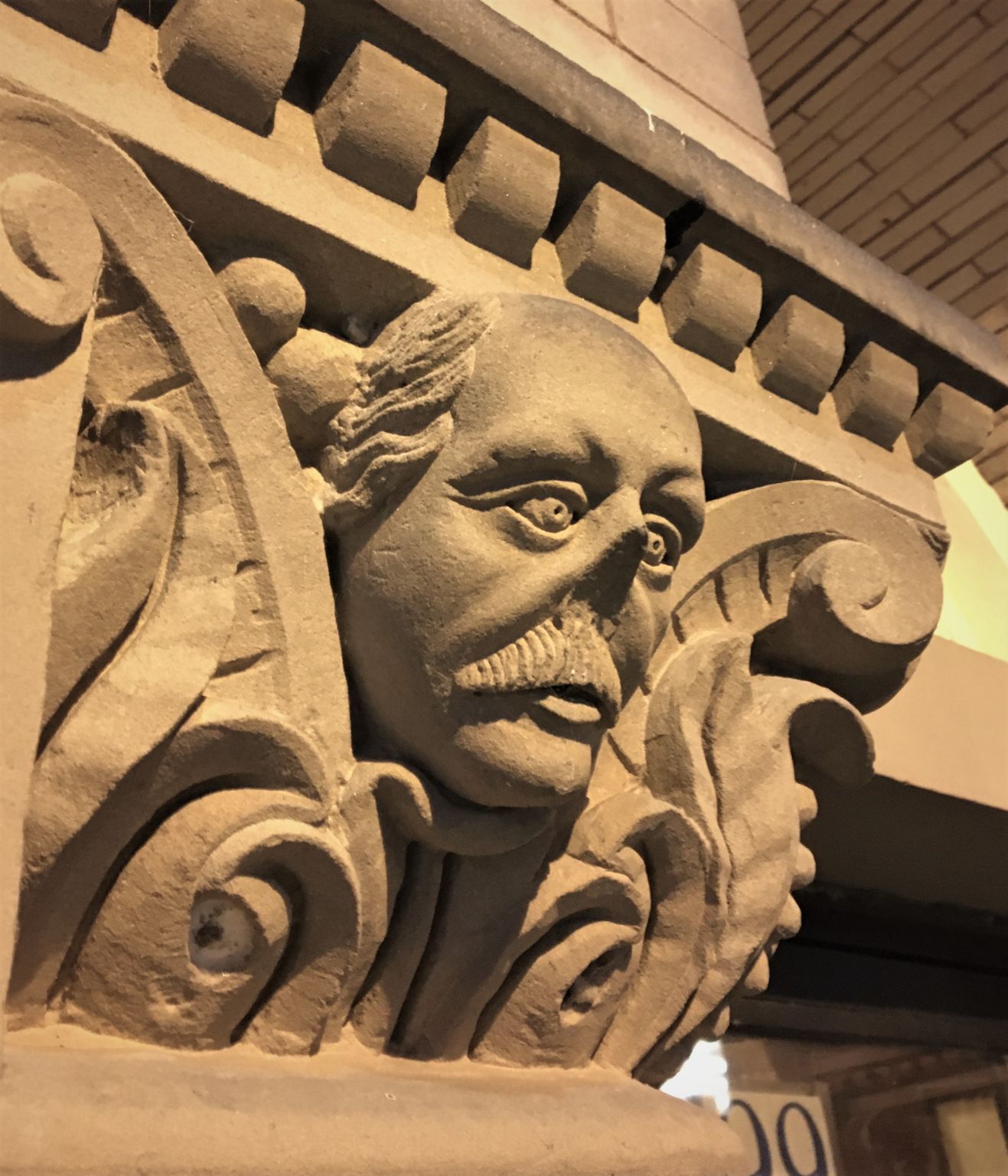 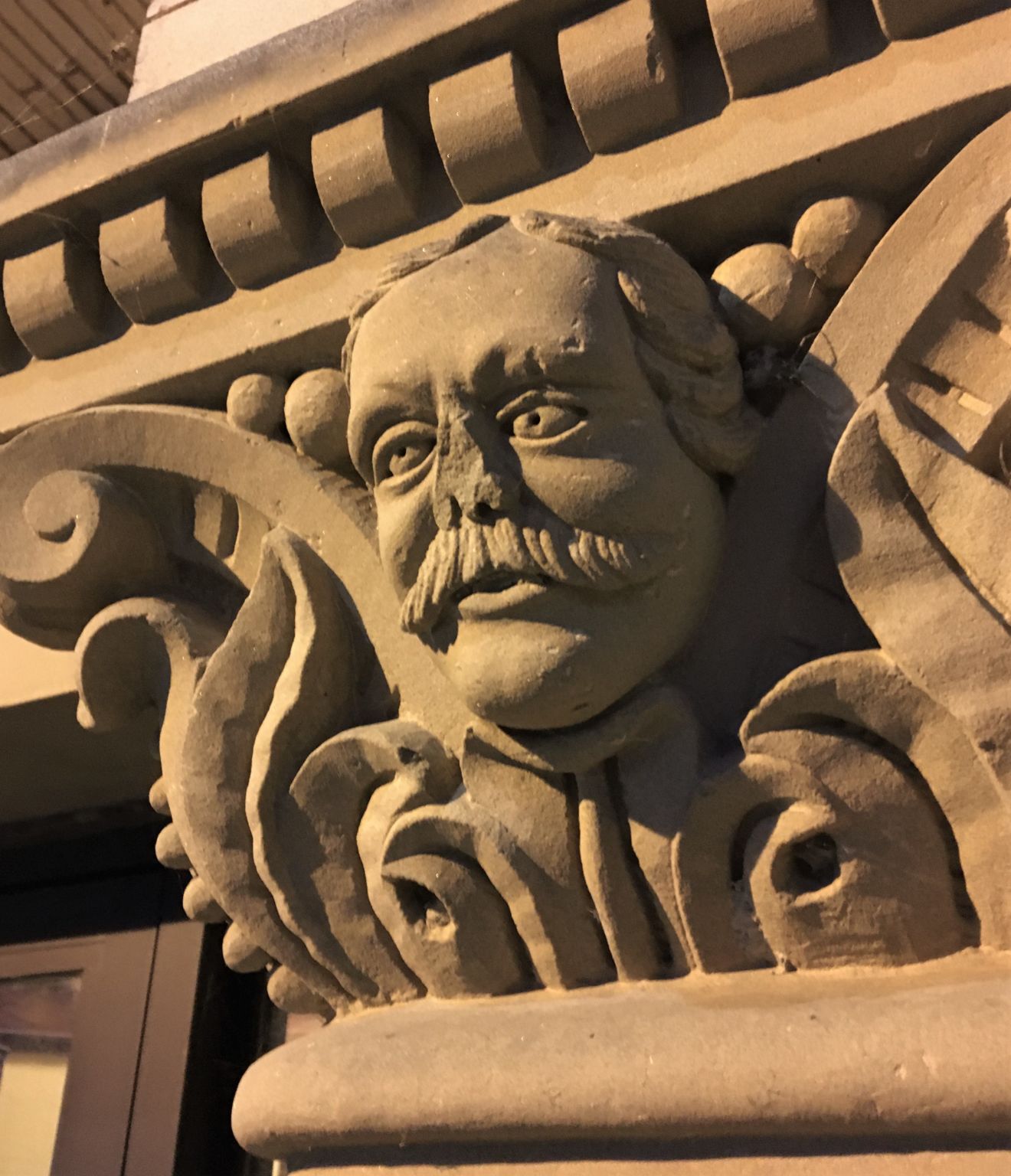 We were still early for what would be a very special and tasty meal at Winegrunt, the cozy wine bar.  Time for a stroll up Gerrish, what I think of as the main commercial street of Windsor.

This rather tired looking building made me stop. It was designed with three small shop fronts on the ground floor with two stories of, probably, residential above. It retains a simple dignity because, for once, vinyl siding does not conceal the texture of the wooden shingles or cover the cornice and mouldings. Traces by the windows suggest there were once plastic shutters, that have mercifully been removed. 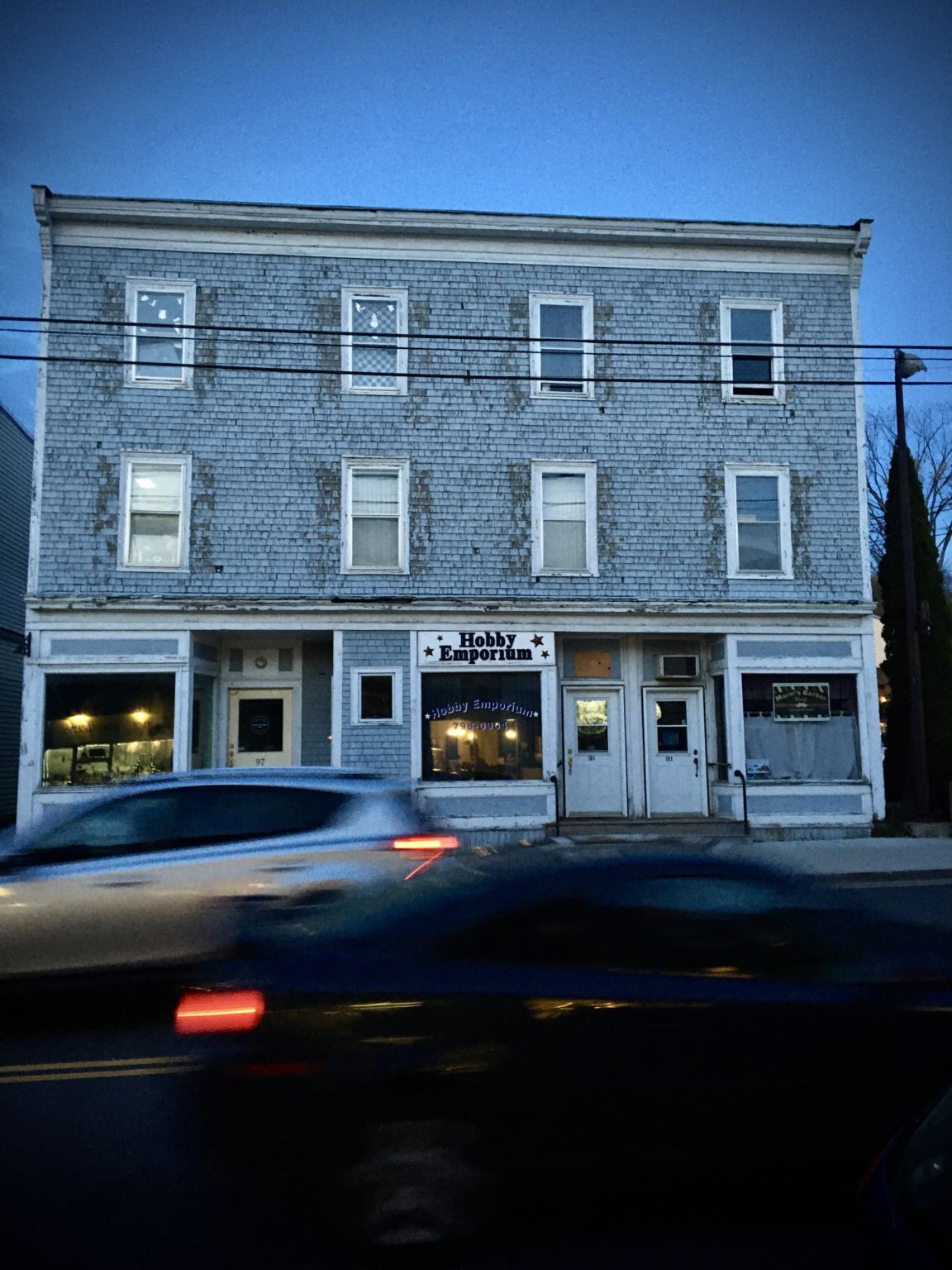 And then, there was my name, more or less, right at my feet. 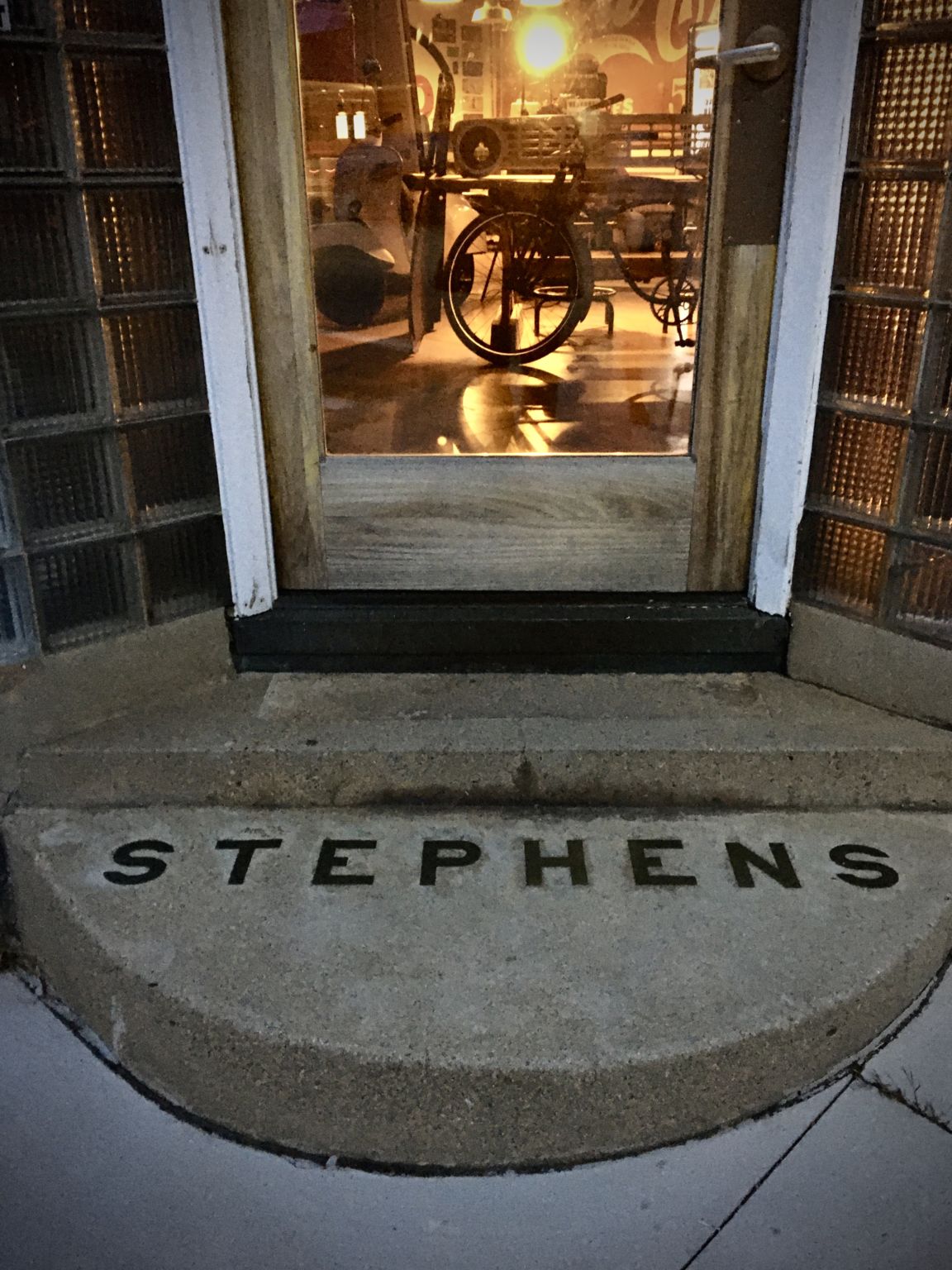 We learned that a horror movie is presently being made in town. Our informant quickly added that it is a Disney production so the horror was not overly horrible. That felt appropriate for downtown Windsor. 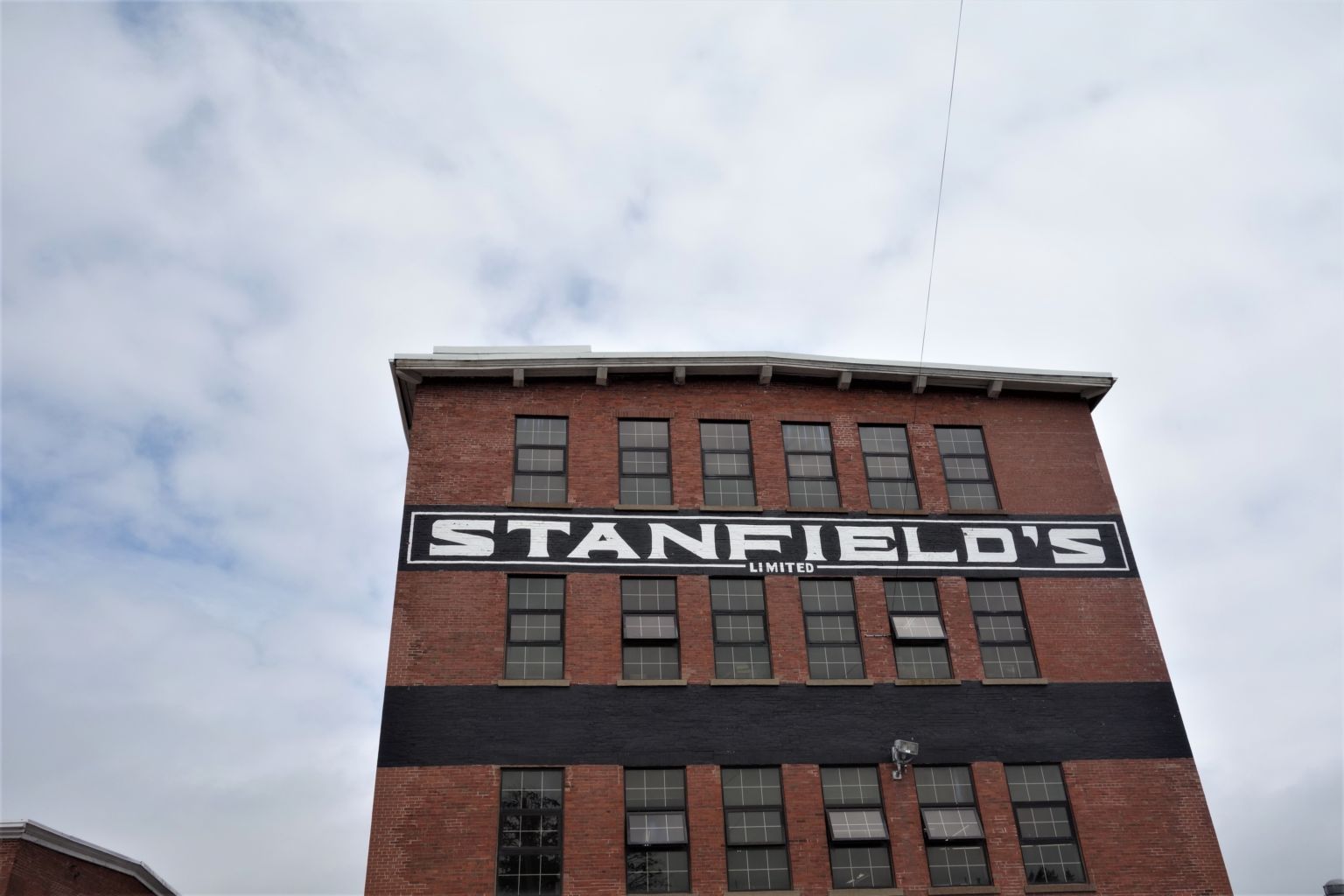 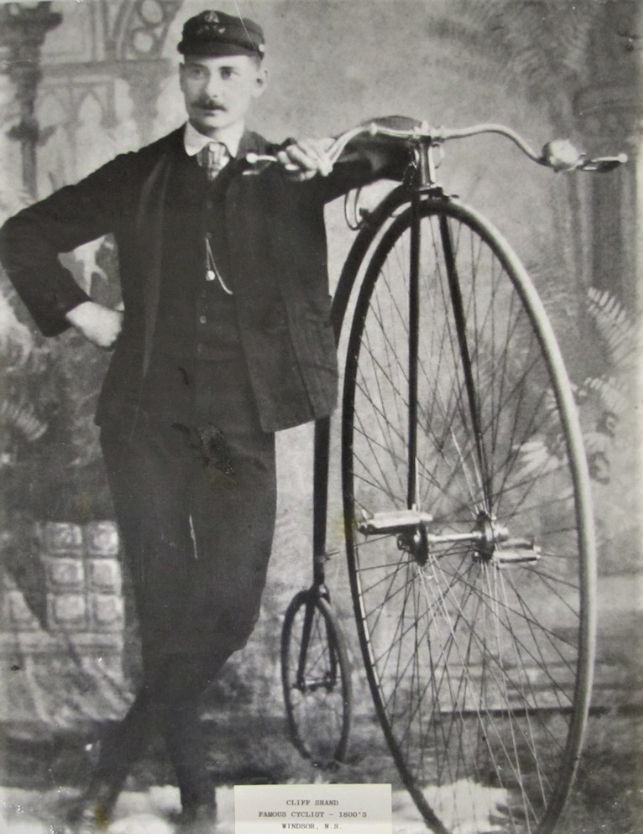