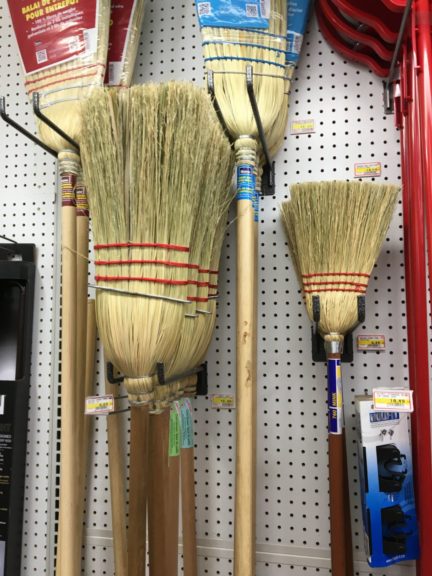 Recently I bought a new kitchen broom and it makes me very happy. Feathered bristles caress corners and entice dust of ages out into the open to meet the, also new and efficacious, dustpan. To celebrate my favourite tool of the moment, here are some broom-related photos I’ve taken over the years, because this is not my first relationship with a broom.

A display in a Brazilian market shows what makes me stop and take notice. Next to the manufactured brooms, that look familiar, are regional variations, that perhaps have some special function. 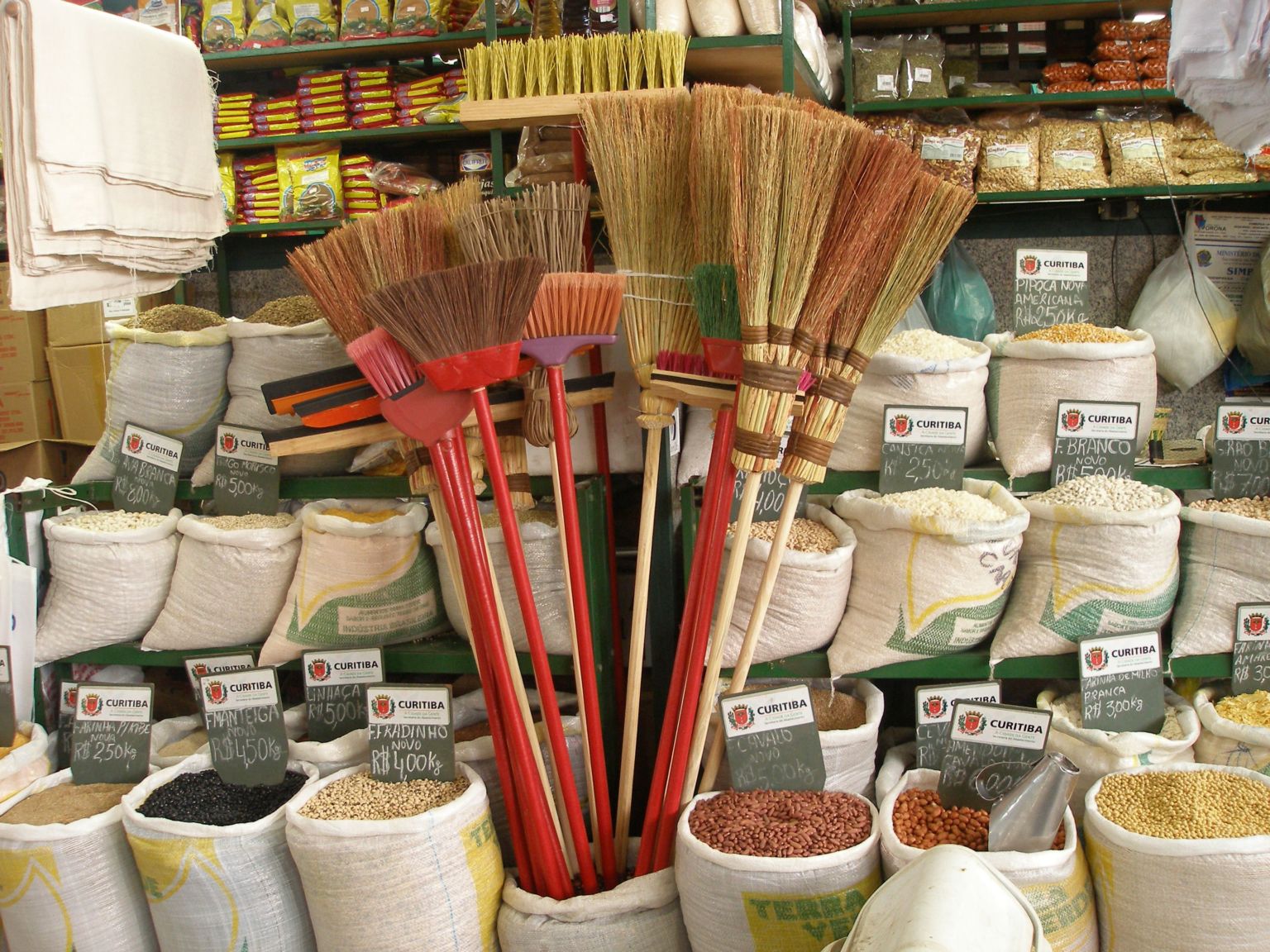 Also charming is the display technique: the broom handles are shoved in a bag of beans.

When travelling in foreign lands, brooms and sweeping are something to notice because you can learn new tricks. In a hardware store in Mexico a twig broom was jostled by colourful synthetic relatives. 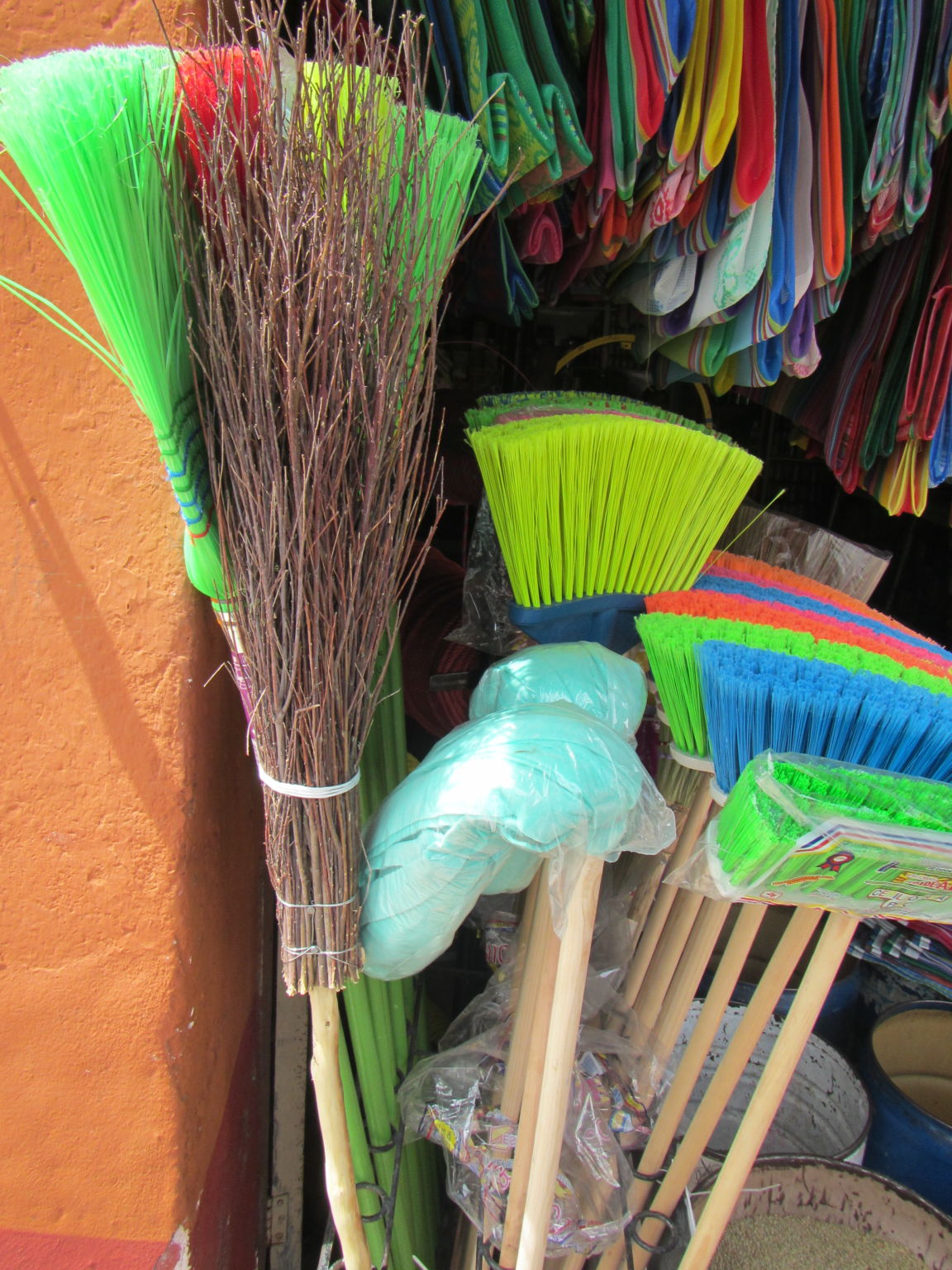 In a nearby public square I watched a woman work with a similar twig broom, demonstrating how it can be used to flick a leaf out from under a park bench, or gather detritus in a pile. 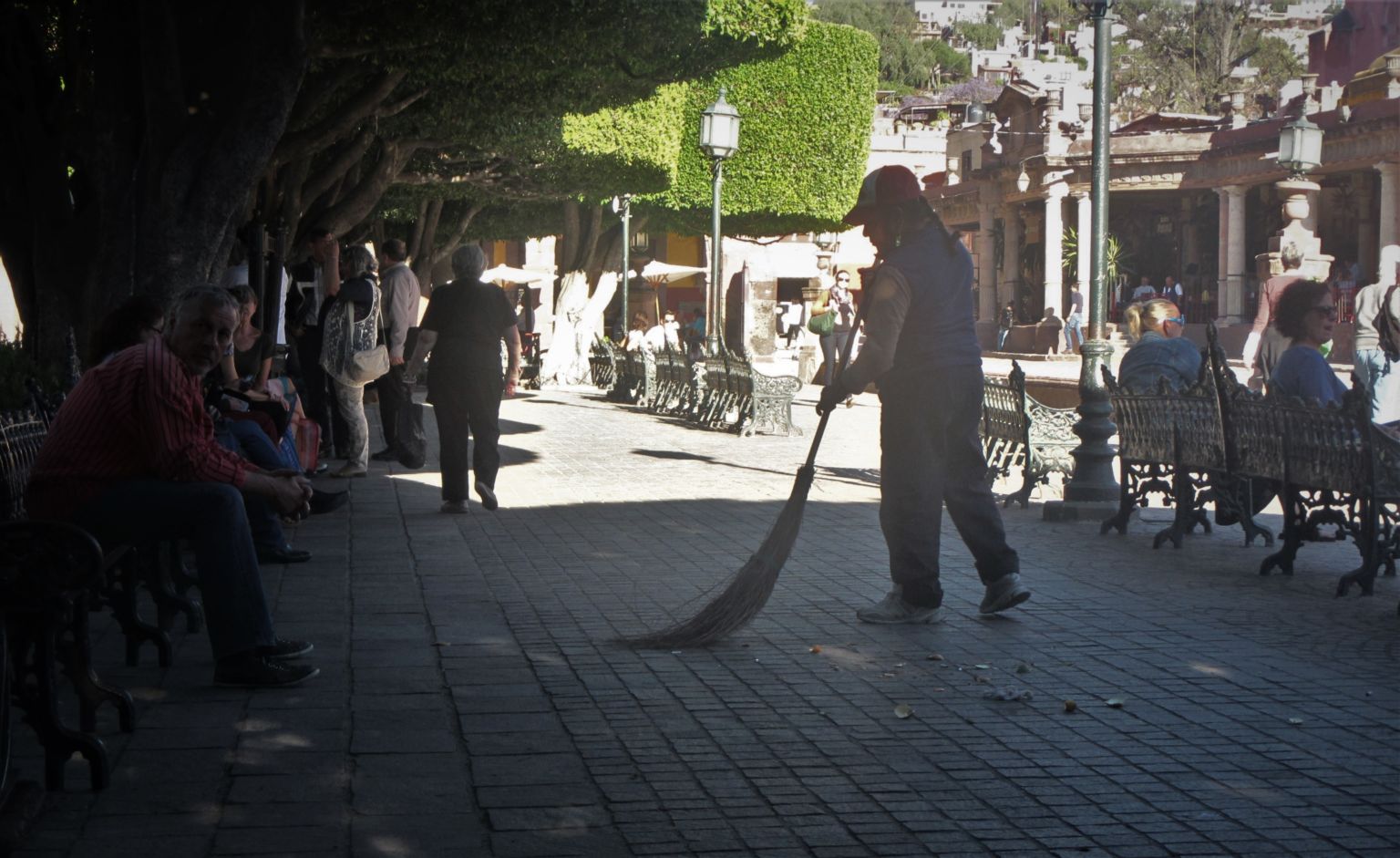 These photos in other Mexican public places, show that twig brooms are often used in conjunction with a more familiar broom. Choose the right broom for the job.

So I’ve tried to make similar brooms, using birch twigs gathered in the fall. They work surprisingly well for cleaning up fallen leaves around the yard, and are more precise than a rake.  I’ve not mastered handles yet. 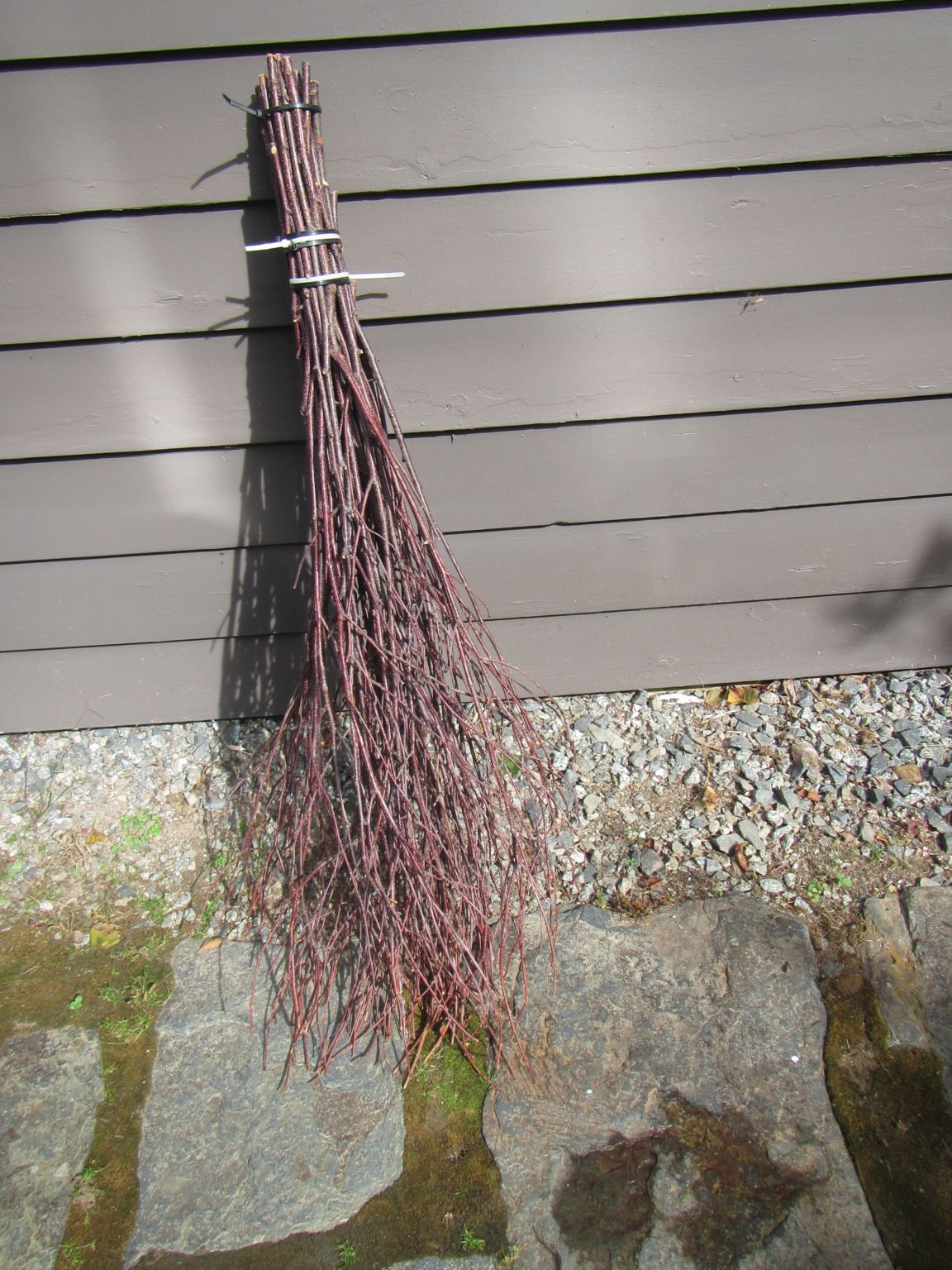 In Bangkok I came upon this tidy collection of the cleaning tools beside a public building. 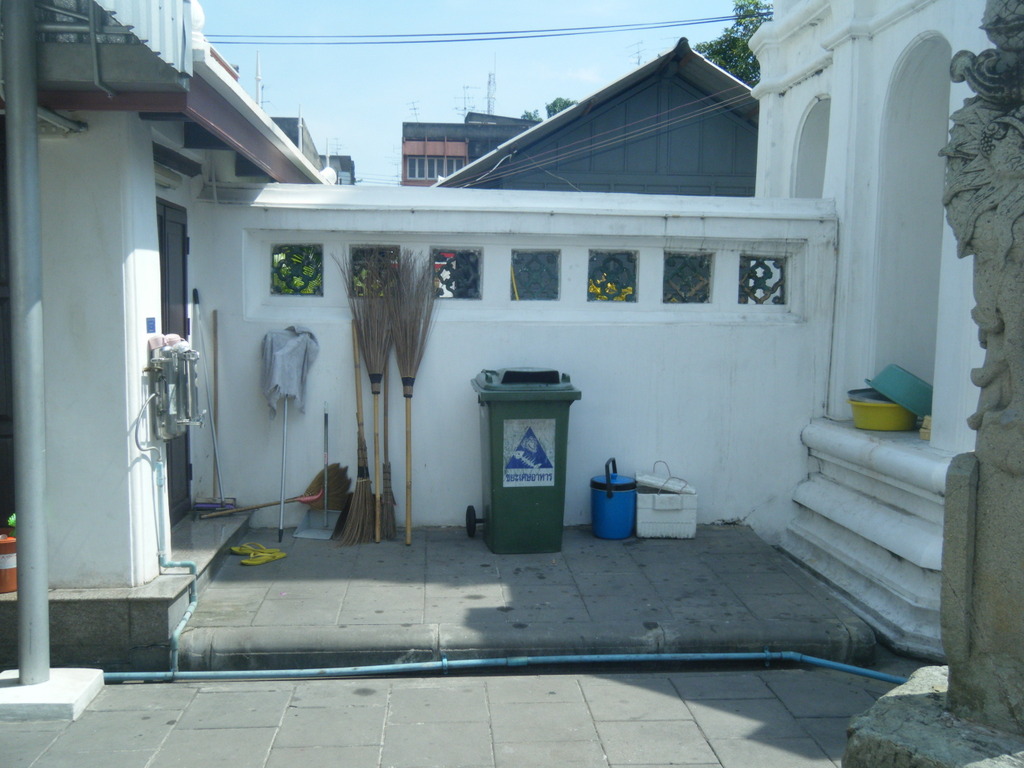 And here is the cart of a street cleaner in Mexico. 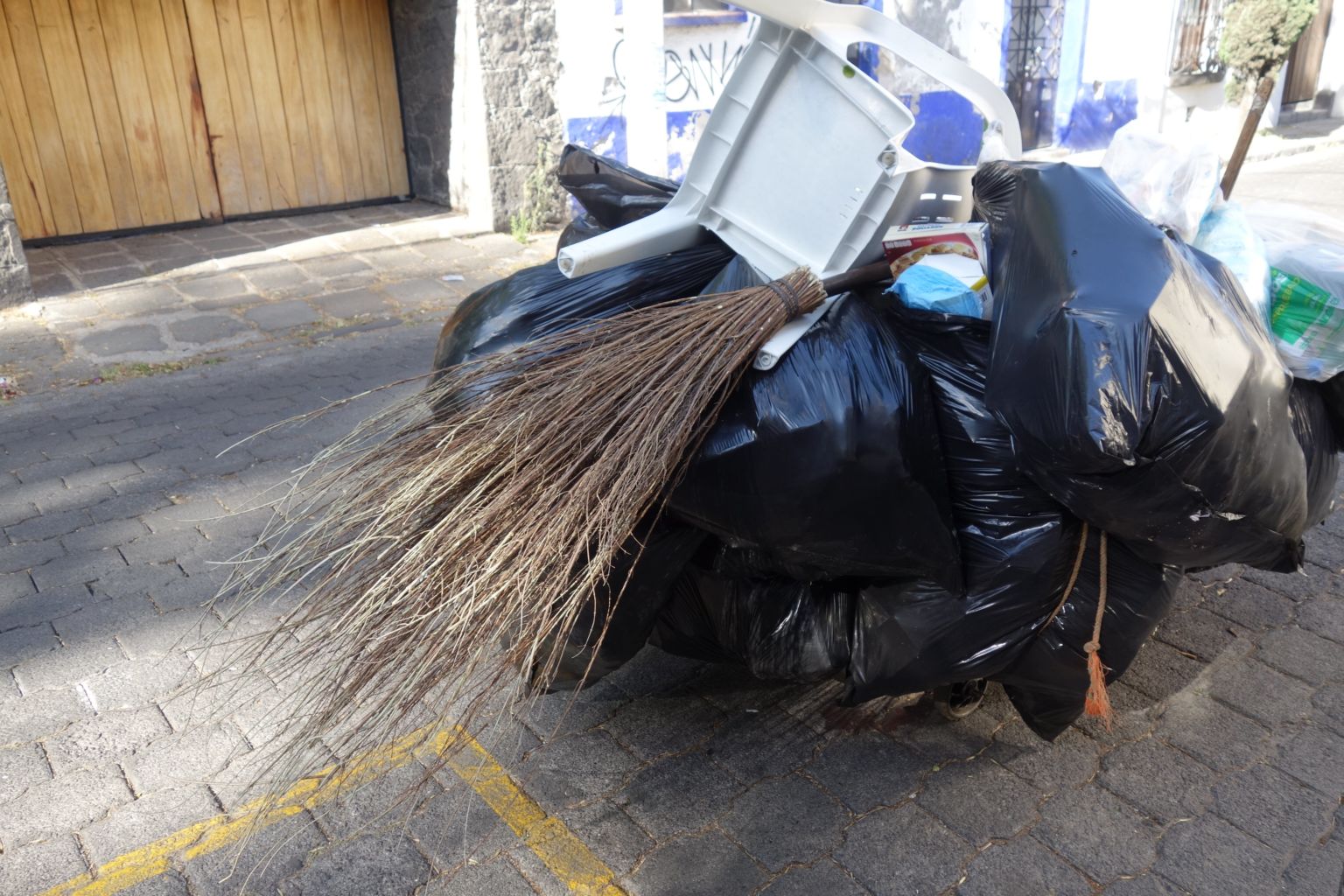 I wouldn’t blame this street cleaner in Mongolia for being dispirited by the general disorder of Ulaanbaatar, the rambunctious capital city.  And his broom appeared to be getting down to its last straws. 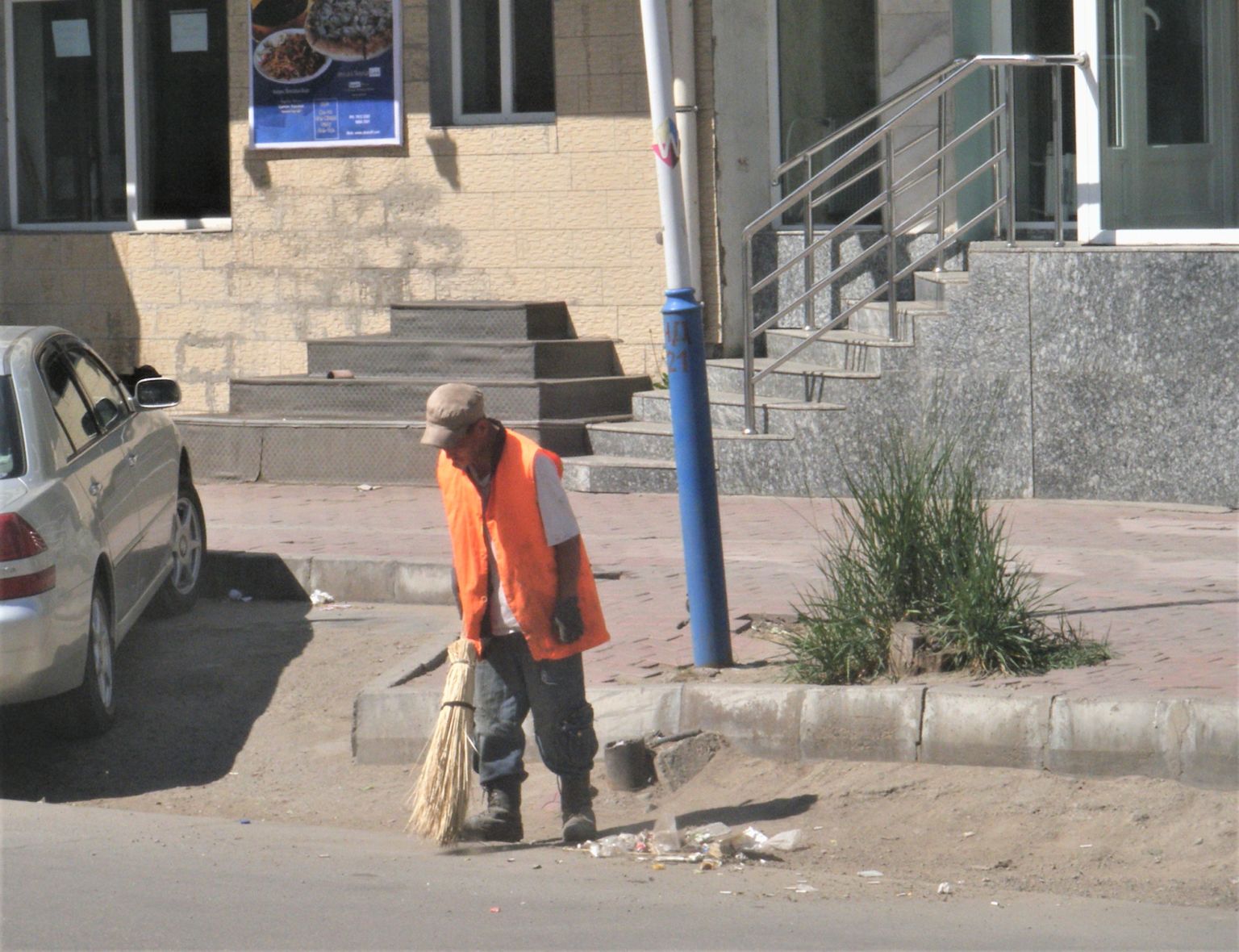 Maybe he needs some friends. This group of women in San Miguel de Allende, a Mexican city that’s a favourite with Canadians, were sweeping the street of sediment deposited by torrential rains the night before. Many hands and lots of chatter. 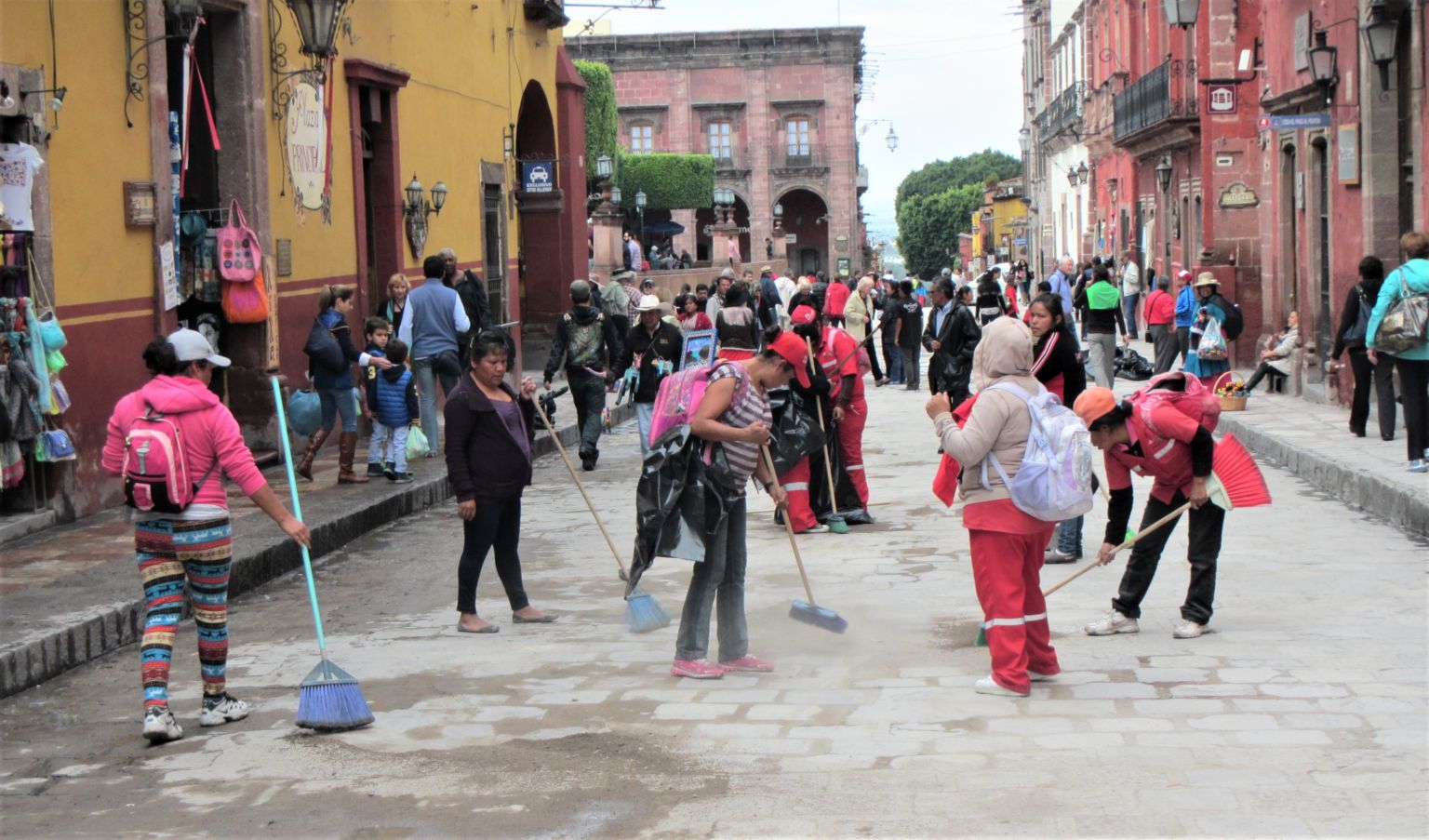 In Halifax we should encourage a street sweeping culture. A couple of years ago Sheila and I  bought supper at a food truck parked in Squiggle Park on Gottingen Street. As we ate, a man started methodically sweeping the gutter. When it came time to leave I went over to thank him for his effort and initiative. He didn’t stop sweeping but told me he was a resident of the Salvation Army hostel next door and had borrowed the broom, because it was good to do something and not just sit around. Put that on a tee shirt. 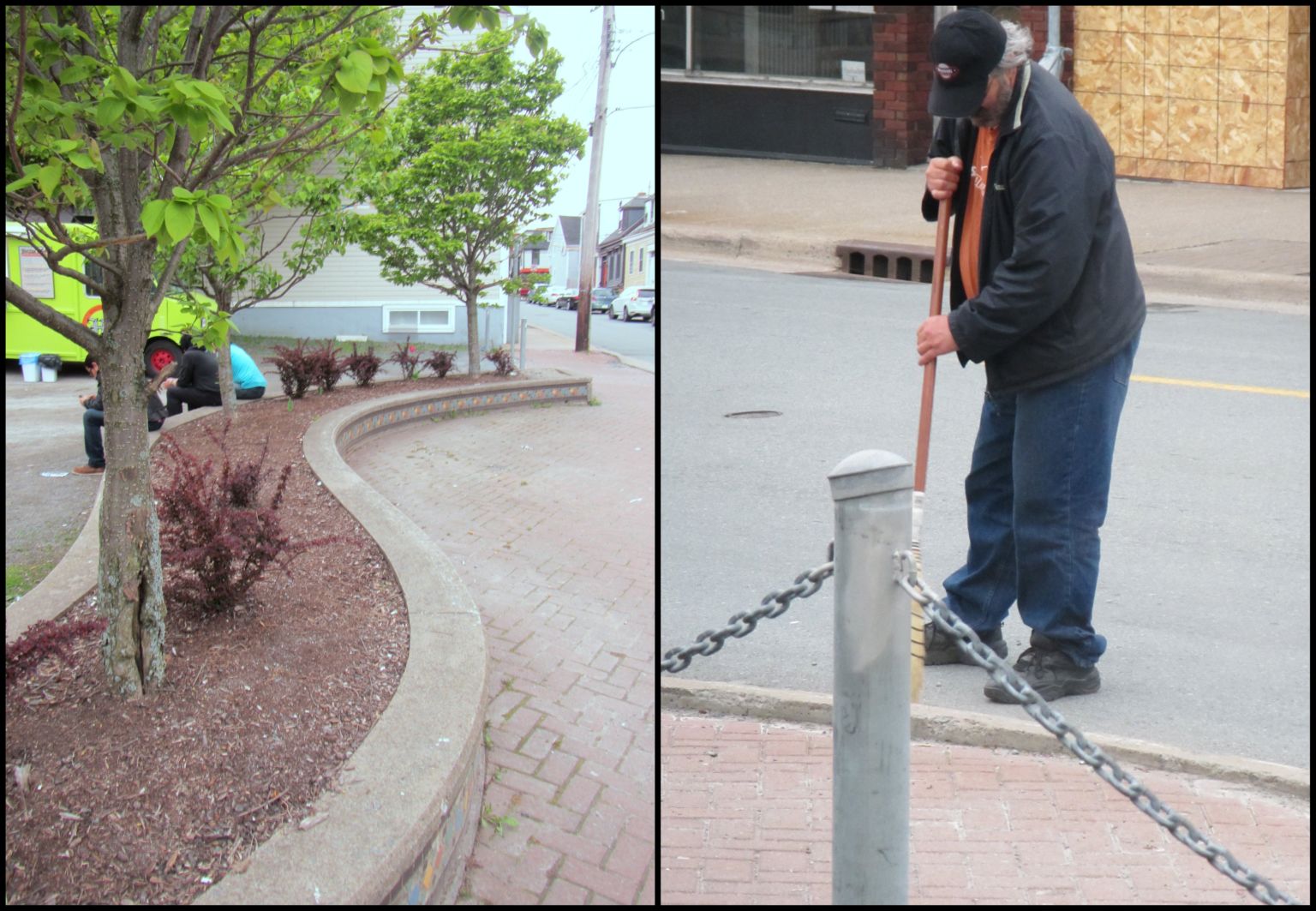 Maybe the libraries should have brooms, safety vests and work gloves to sign out so we could all engage in some spontaneous street cleaning while waiting for our coffee to cool.

Practice What You Preach Department

Here I am around 1990, sweeping the gutter in front of our house on Inglis Street. I also swept in front of The Resolutes Club next door, because the neighbourly thing to do. 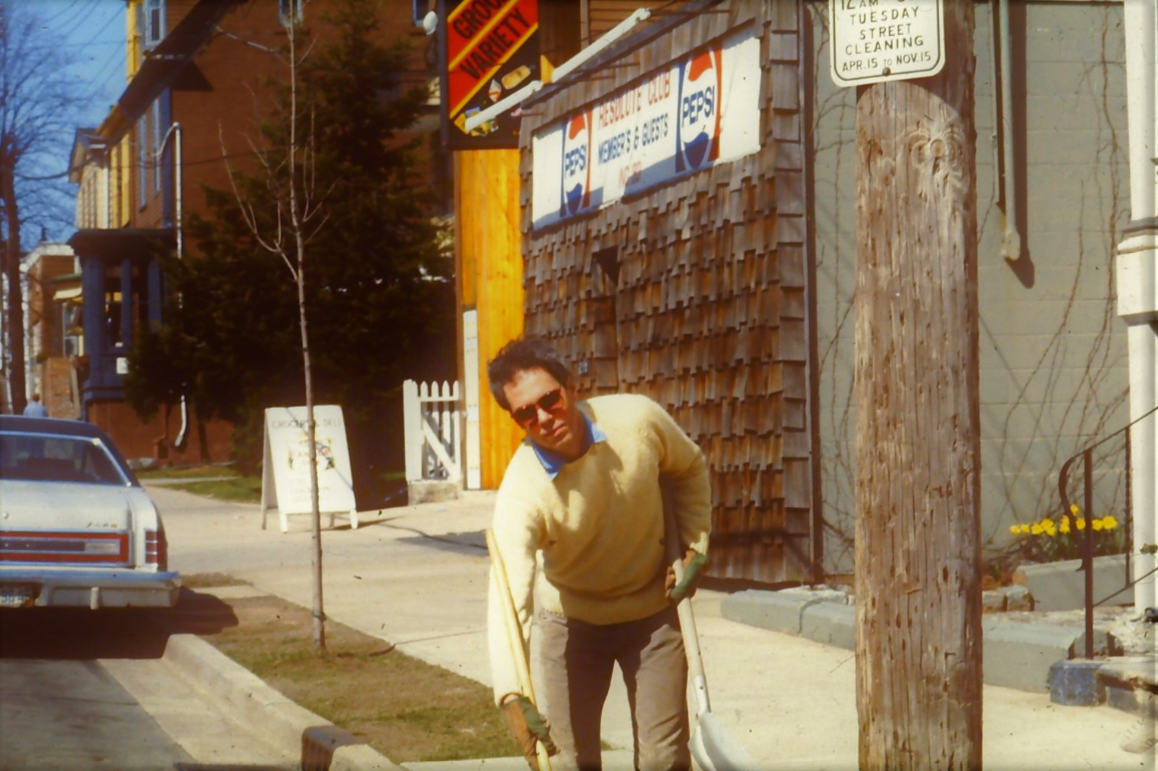 A Broad Sweep of Broom Pictures

More Brazilian brooms in a market in the southern city of Curitiba. We noticed that handle-less brooms were also popular in Turkey. 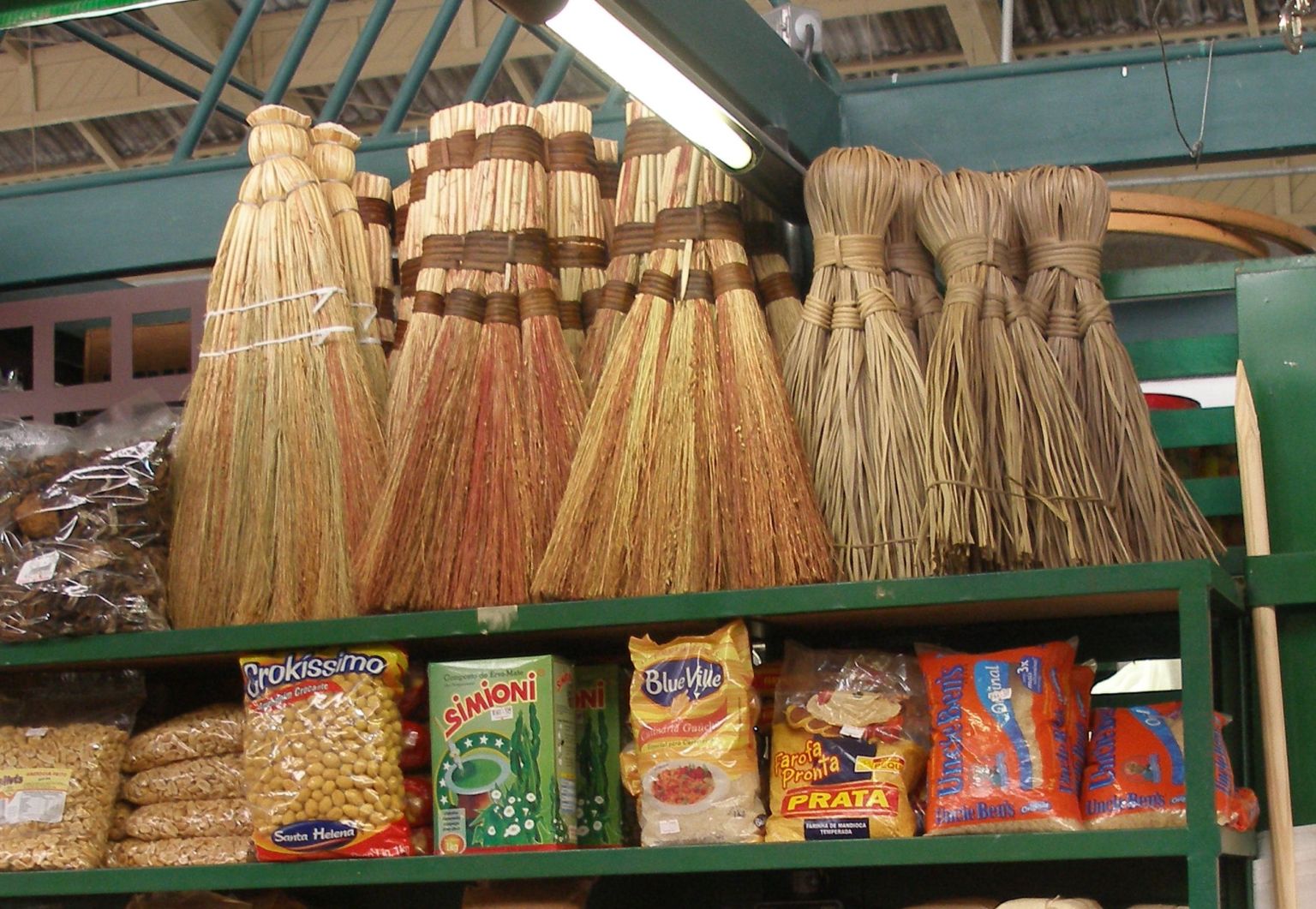 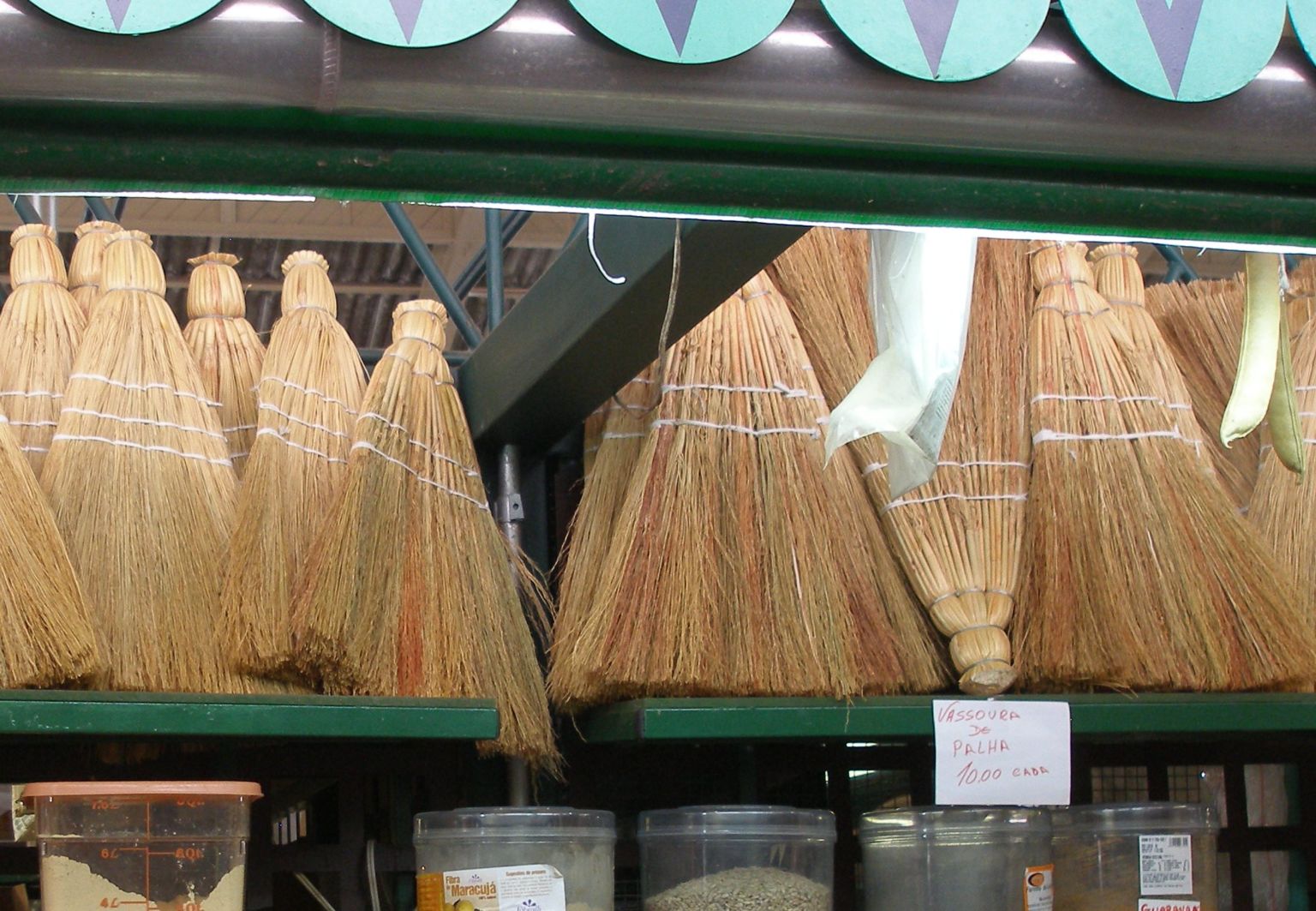 Brooms were an item made for sale by a community of Shakers in Hancock, in western Massachusetts. 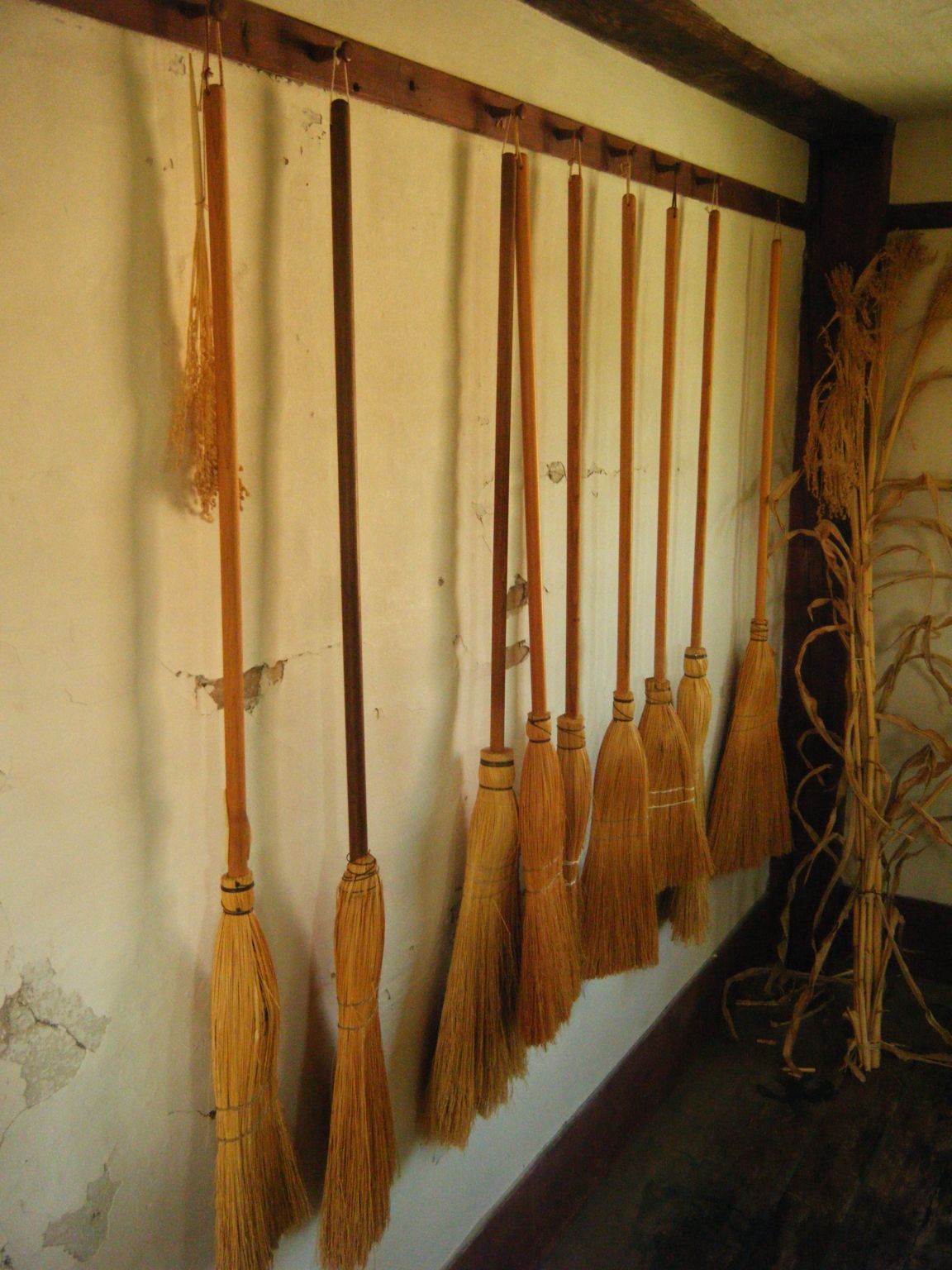 You can also find interesting brooms without foreign travel. These were in Tian Phat Asian Grocery in Rockingham. 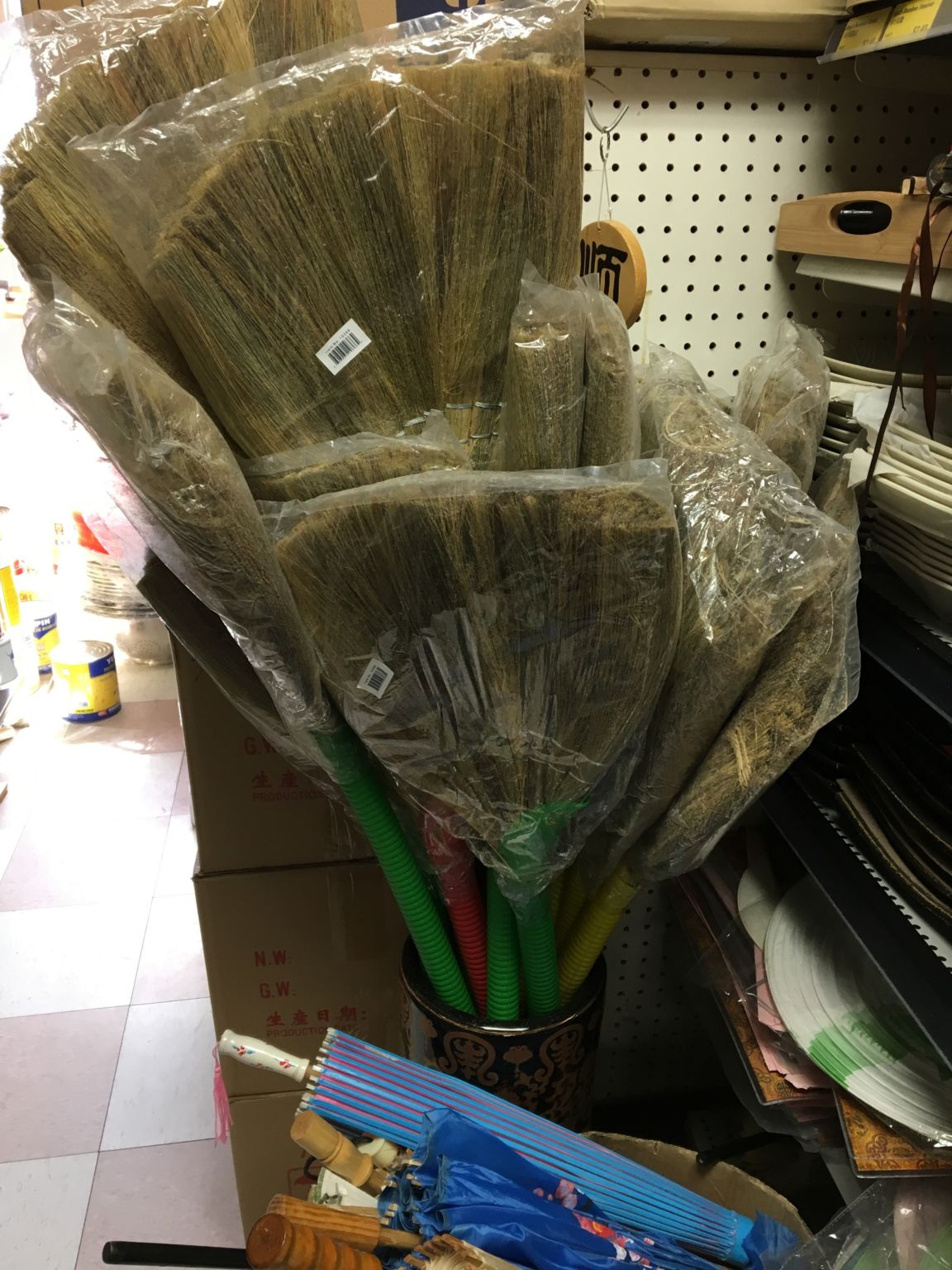 The Home Hardware in Sheet Harbour had a great selection of corn brooms like the ones I grew up with. The last one of these I bought was made in Mexico. 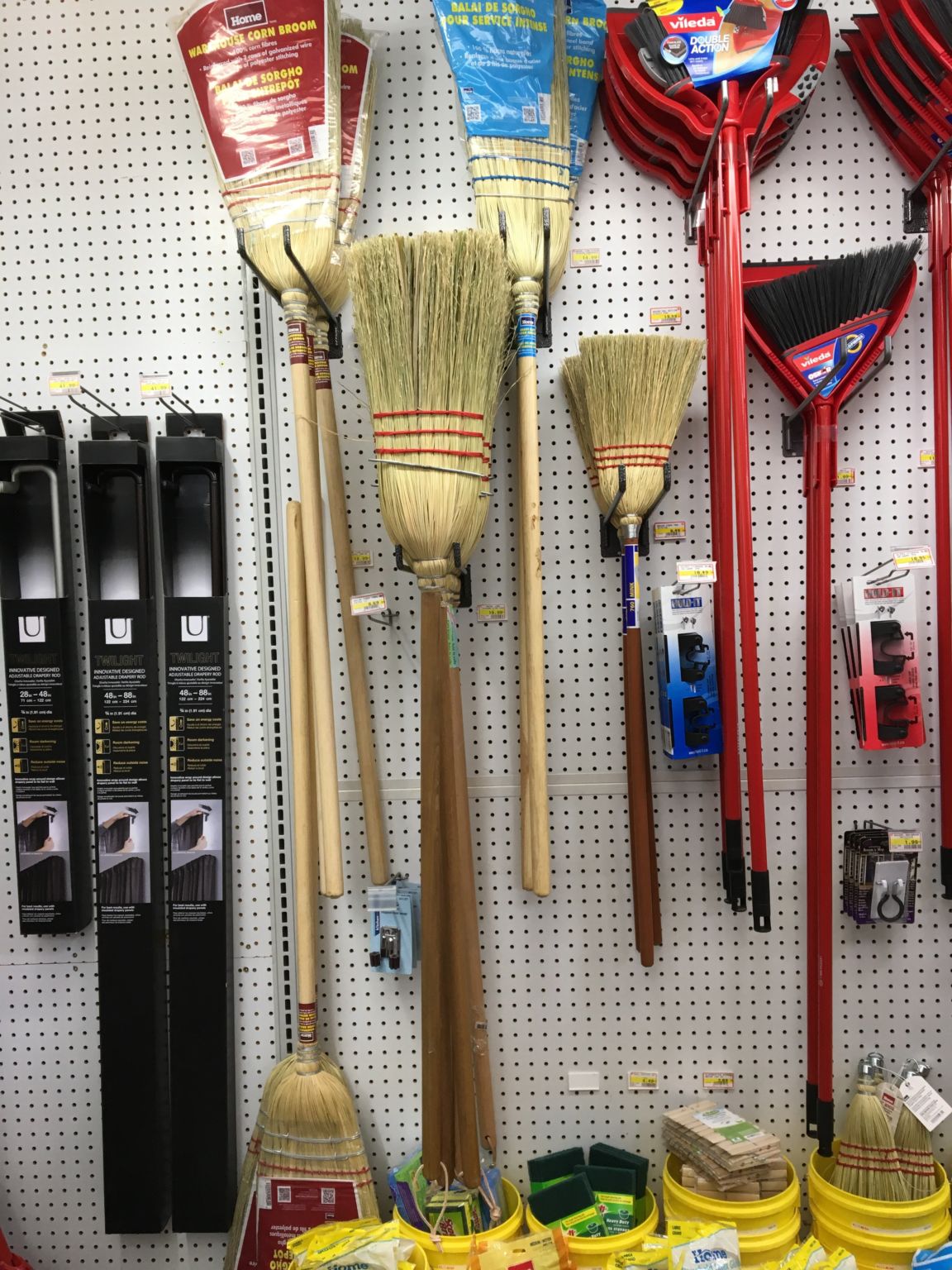 This happy Polish sweeper is on a broom label that was found in a cottage in the Annapolis Valley. The label perhaps dates from the 1970s. Poland and Hungary were the source for many corn brooms. 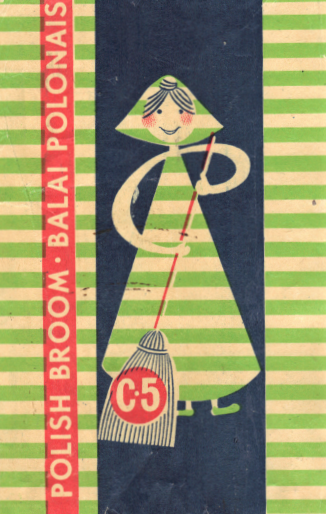 Many travelers enjoy examining the shelves in grocery and hardware stores when they are on a trip; it is a way to get some insight into how people live. For us it also has provided some souvenirs that are actually useful, plus using them often triggers memories of the trip.

On the right are pot scrubbers that we loved until they died. I highly recommend the copper cloth. The handle-less broom and plastic mat were everywhere in Turkey and ours are now worn out too. 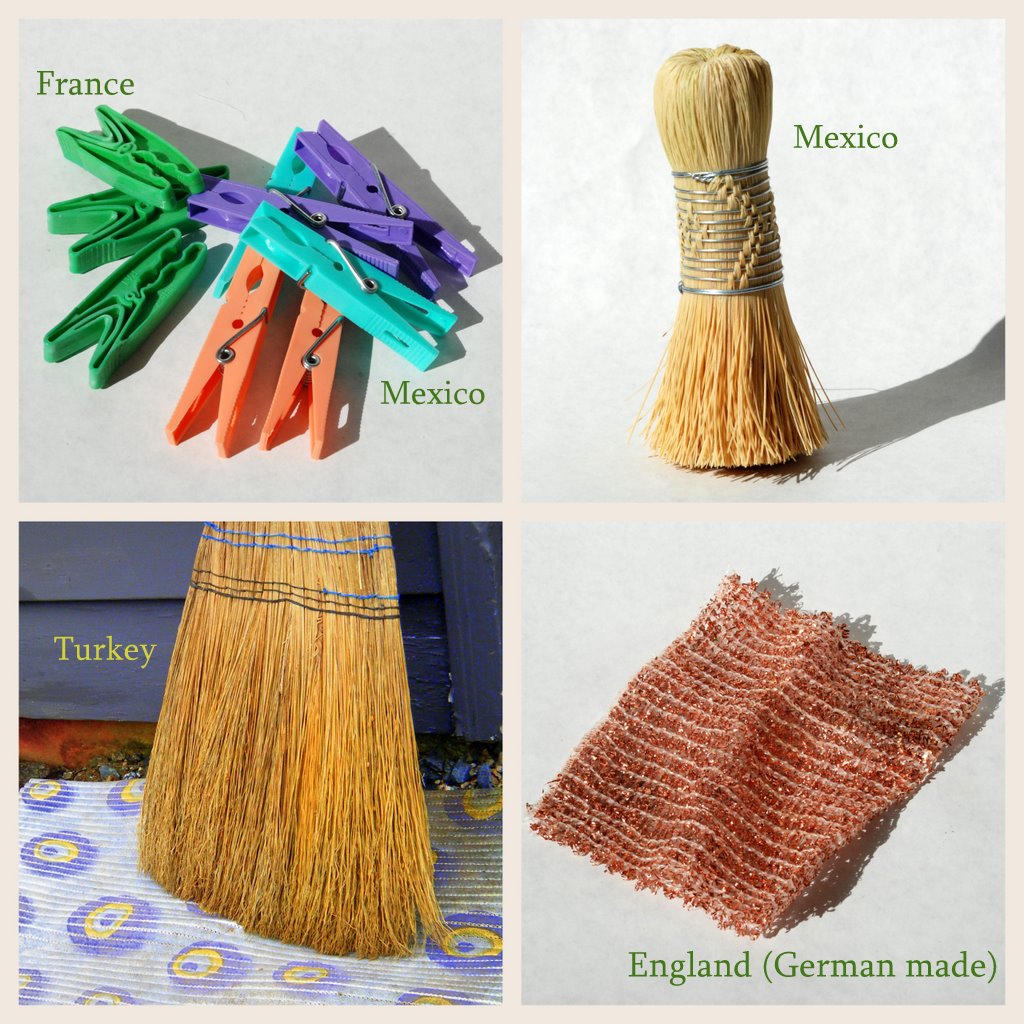