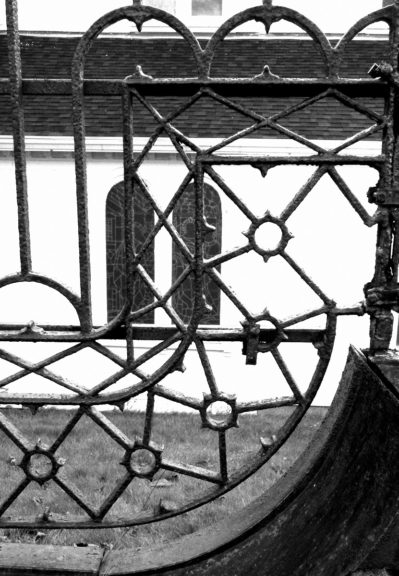 This is a good news story about something that feels important. I hope you agree.

When walking in downtown Halifax it’s likely you regularly pass, without paying too much attention, the cast iron fence that surrounds Saint Paul’s church on the Grand Parade. Well, next time take notice, because last spring restoration started on the fence and the results are beautiful.

First, a little history. Saint Paul’s is the oldest building in Halifax, erected soon after the city was founded in 1749. The heavy wooden frame for the building was prefabbed in the states and shipped up here for quick assembly in the new community being carved out of the wilderness.

The cast iron fence was probably installed in the 1860s, and is an example of how Halifax was evolving into a Victorian city with many civic ornaments made of cast iron. Here’s the fence in an 1871 photo of Barrington Street, with Dalhousie College in the distance, where City Hall is located today. 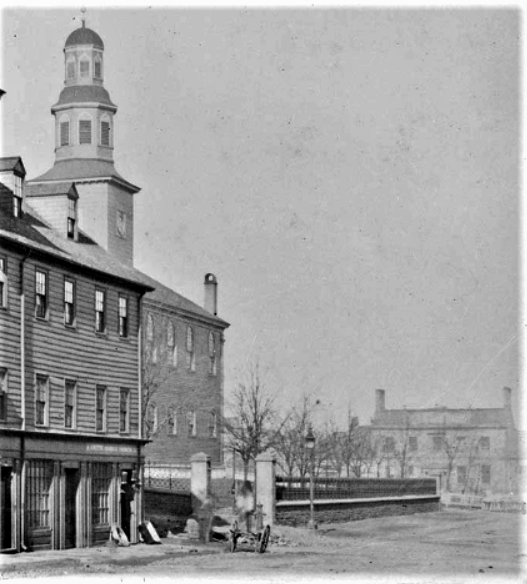 The church building has had many alterations and additions since, but the fence remained unchanged for 150 years, as this Street View photo shows. 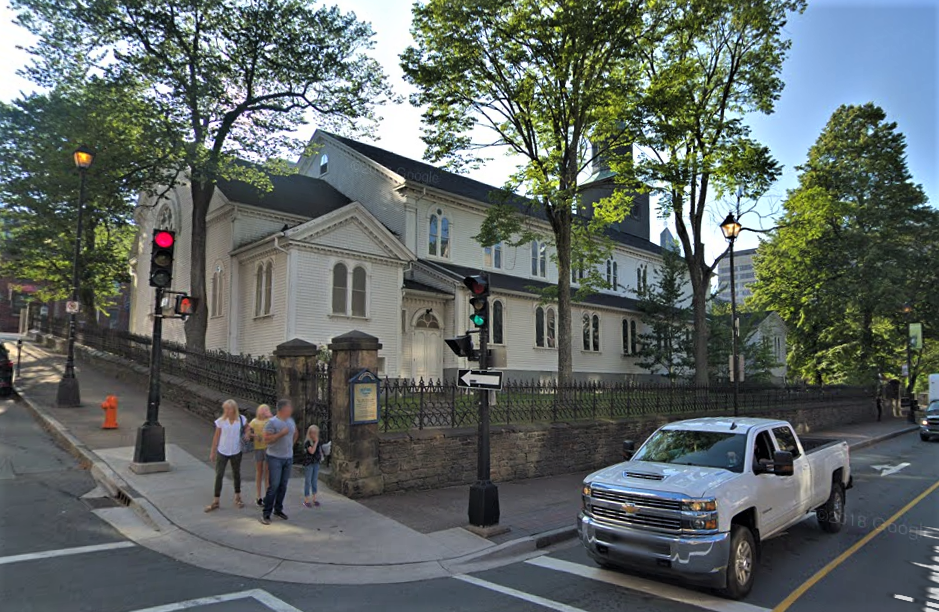 For the last few decades the fence has been suffering from progressive dwindling. Here is an Argyle Street section of the fence in 1974, looking not too bad. 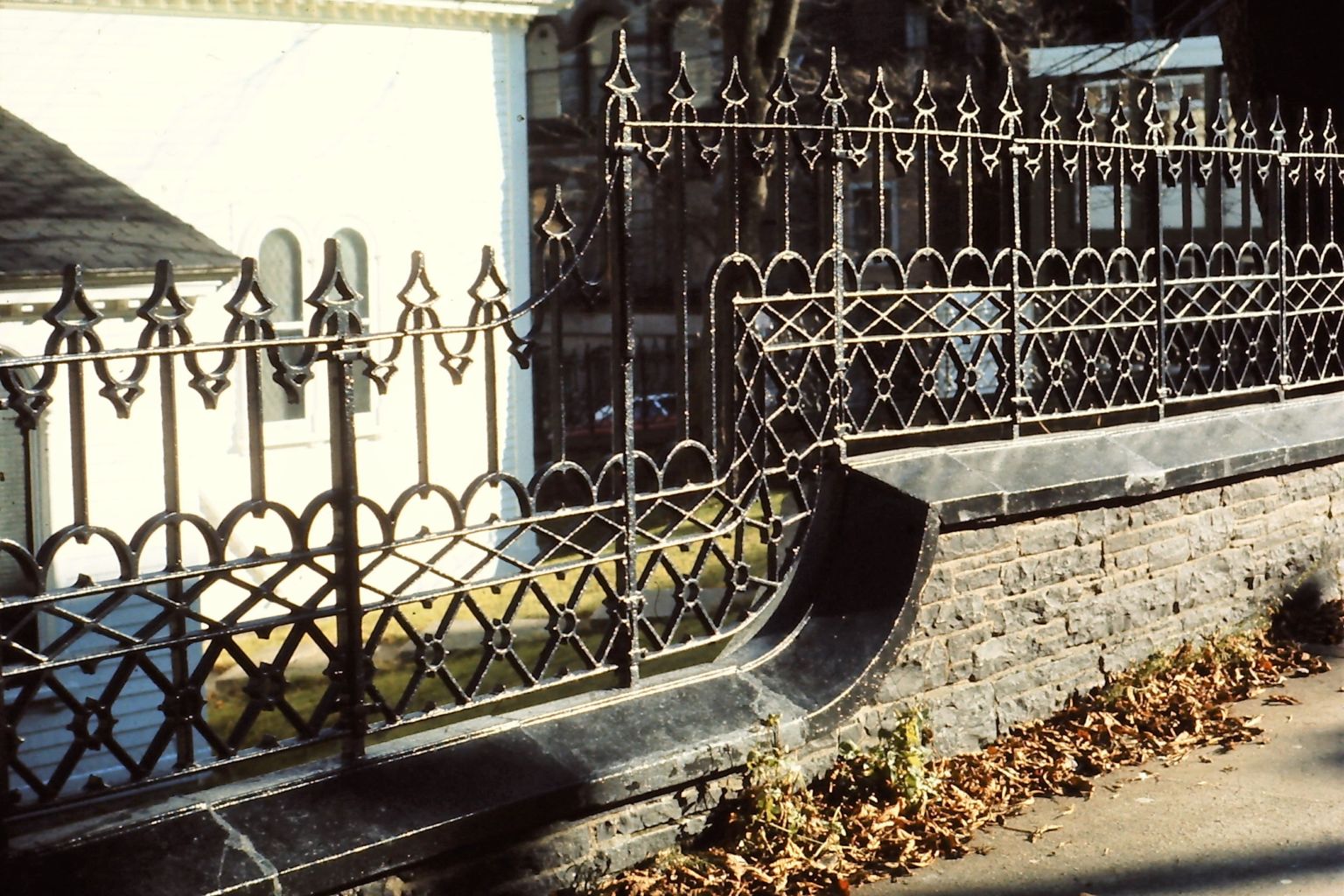 And this is the same section in 2017. The cast iron wall cap was disintegrating, the fence required braces to stay upright, and the ironstone wall was beginning to come apart. 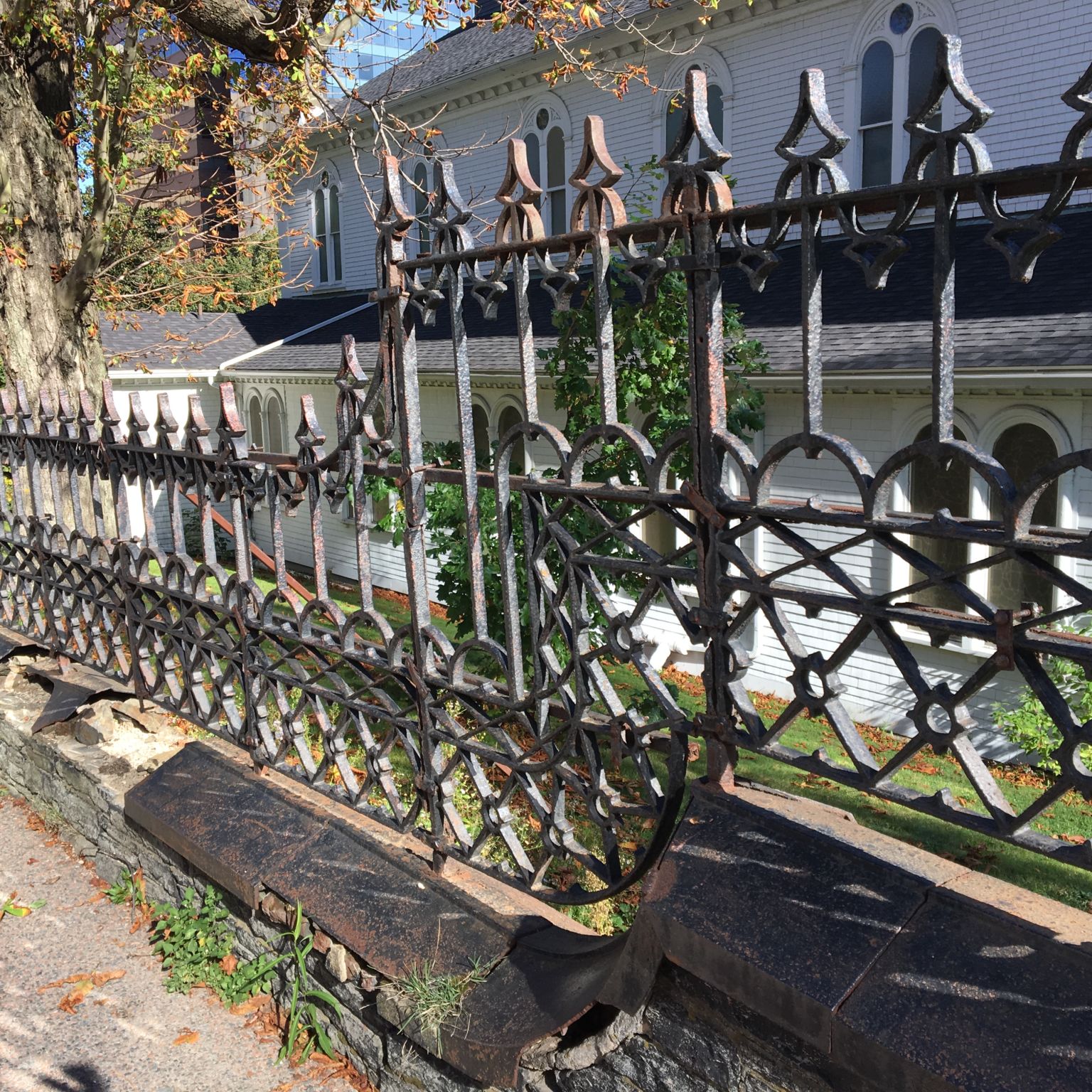 I despaired that the fence would not be saved but look at that section today, the iron and stone elegantly restored to match its appearance 150 years ago. 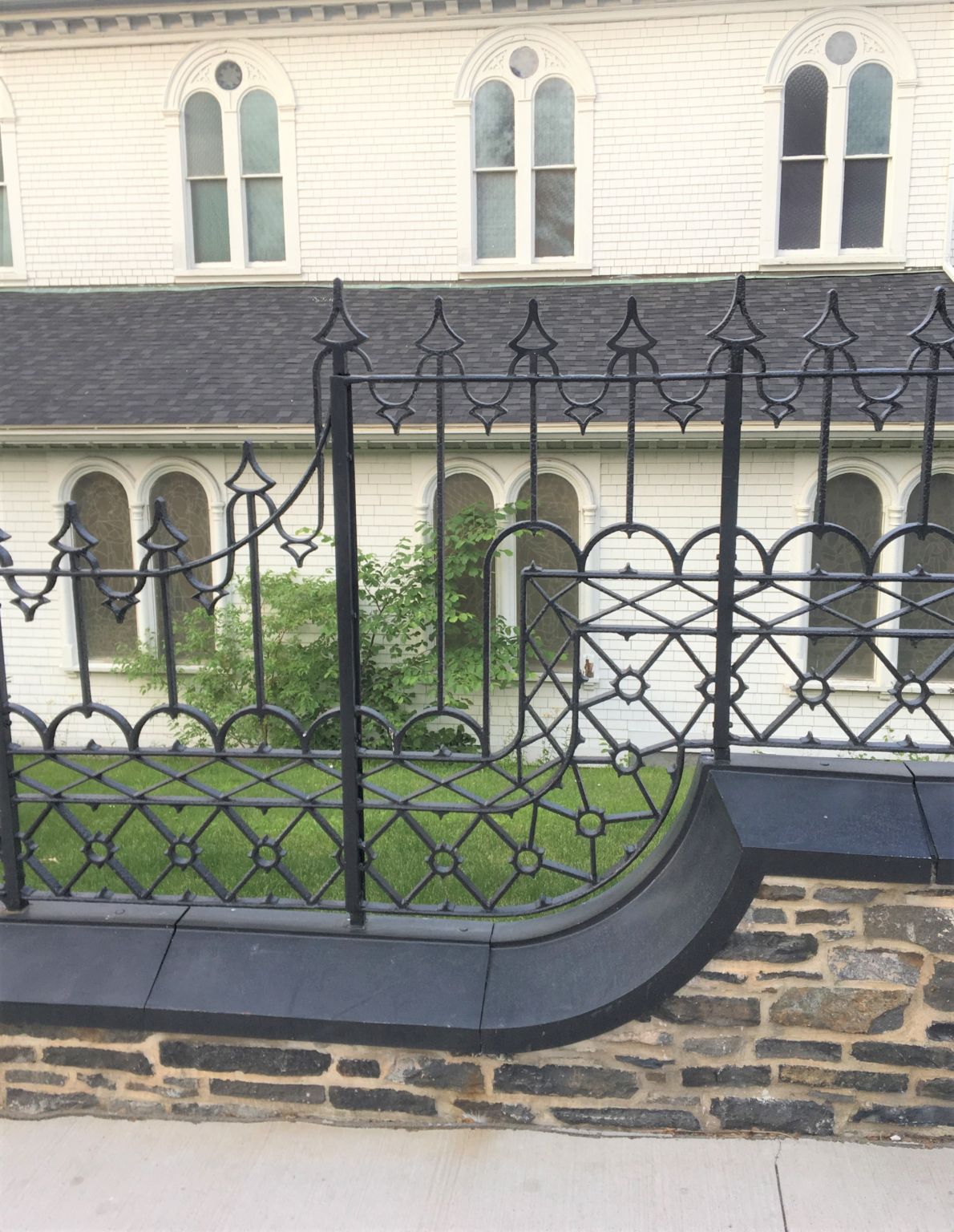 Some parishioners, who saw us looking at the fence, stopped to tell us that the restoration will progress in stages because, as you can imagine, the expense is enormous. I understand that there have been several funding sources. All money well spent, from my point of view. 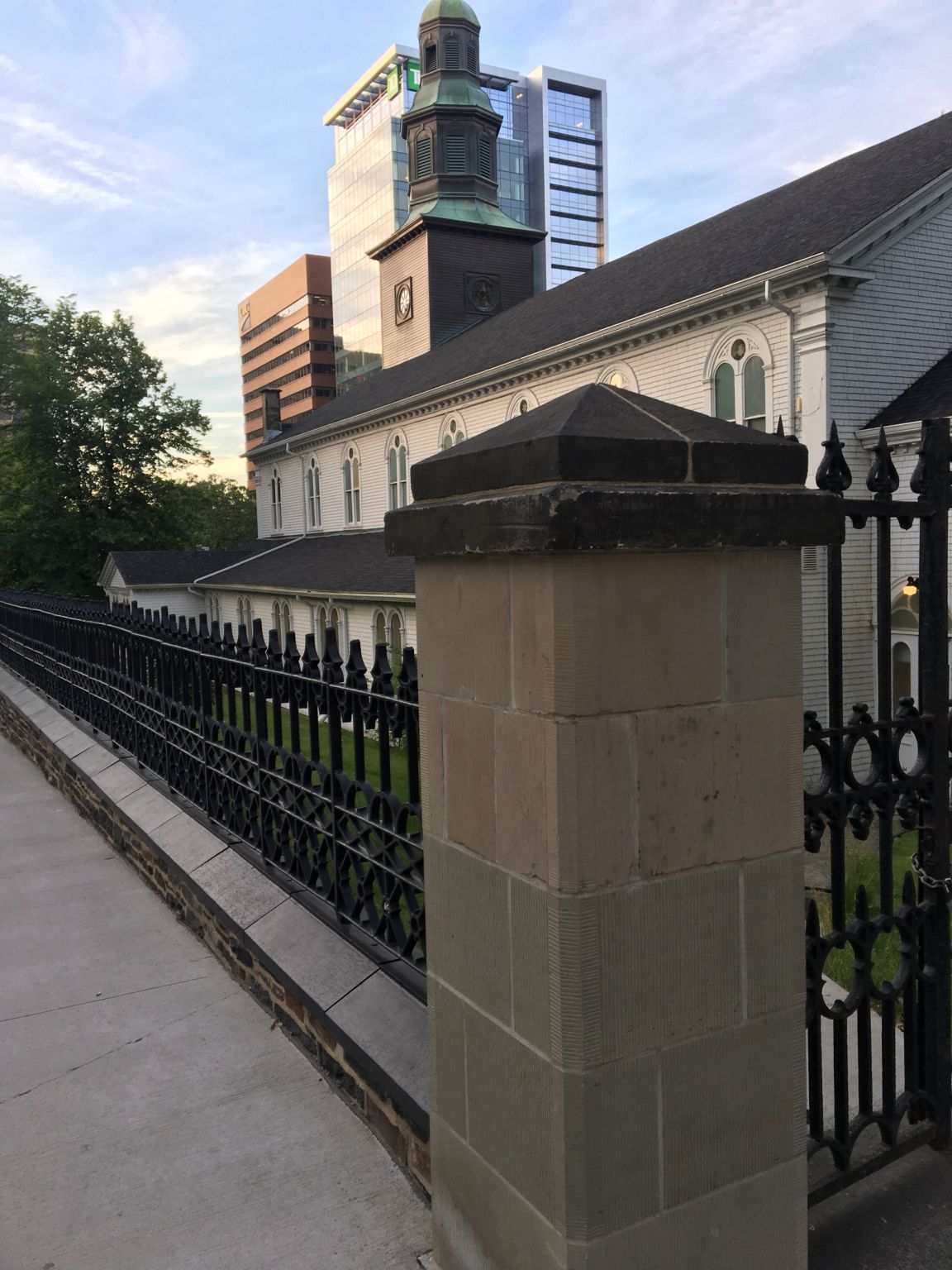 Old iron fences are a defining feature of our streetscapes in Halifax: the Public Gardens, the Legislature, Government House, Saint Paul’s Cemetery, are all viewed through a transparent screen of ancient iron. A passerby may not consciously pay much attention to the Saint Paul’s fence, but it makes the experience of walking down the street more interesting. 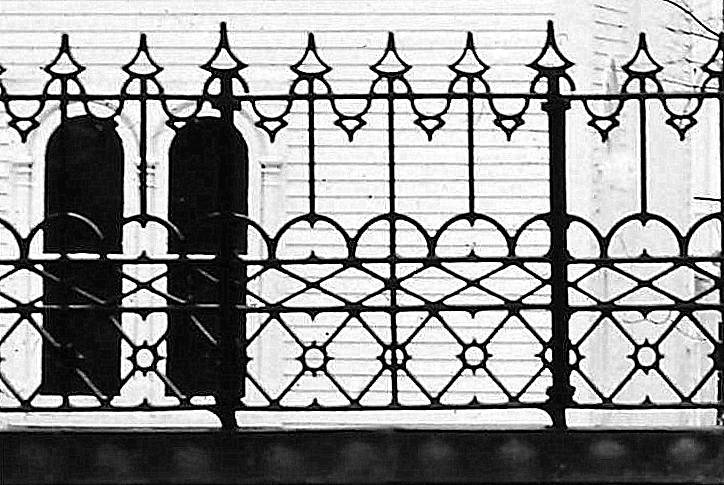 And when the light is right, there is a carpet of shadows. A true gift to the street. 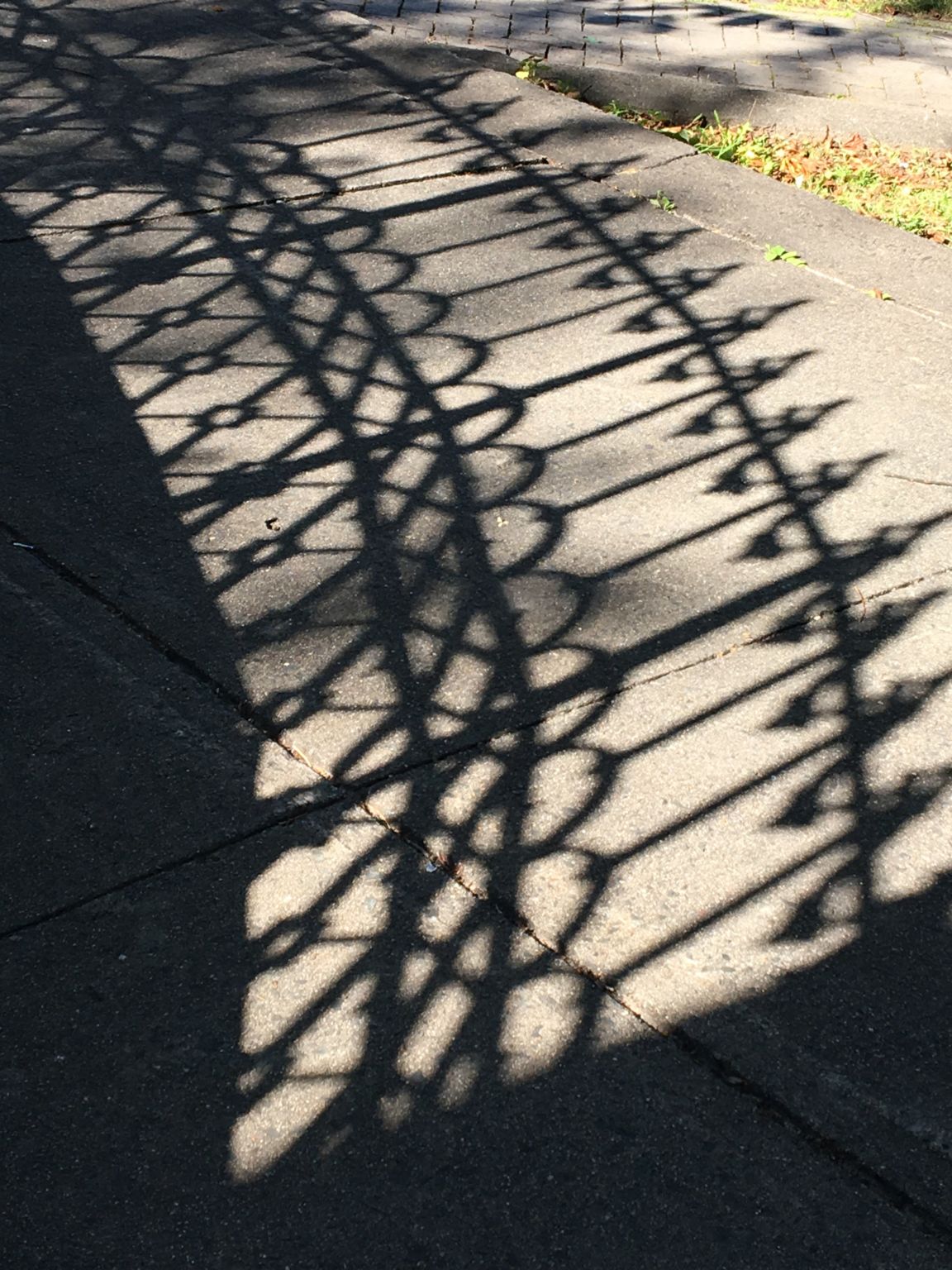