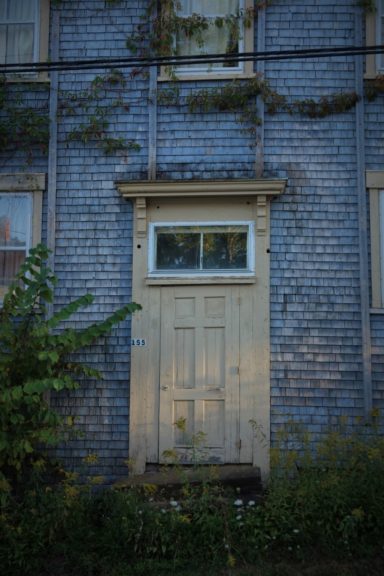 Early in September we spent a couple of days in Lunenburg County, our first real expedition this summer (a test drive for Sheila’s new hip). Here are a few things noticed in the field.

It was a treat to stay in Lunenburg town, to get up early, and to walk some streets, observing the community come to life. The still-rising sun illuminated the “bumps” on the front of many houses. It was not hard to imagine a time when grandma sat in that projecting bay window, darning socks and mittens, and taking in everything that happened up and down the street. 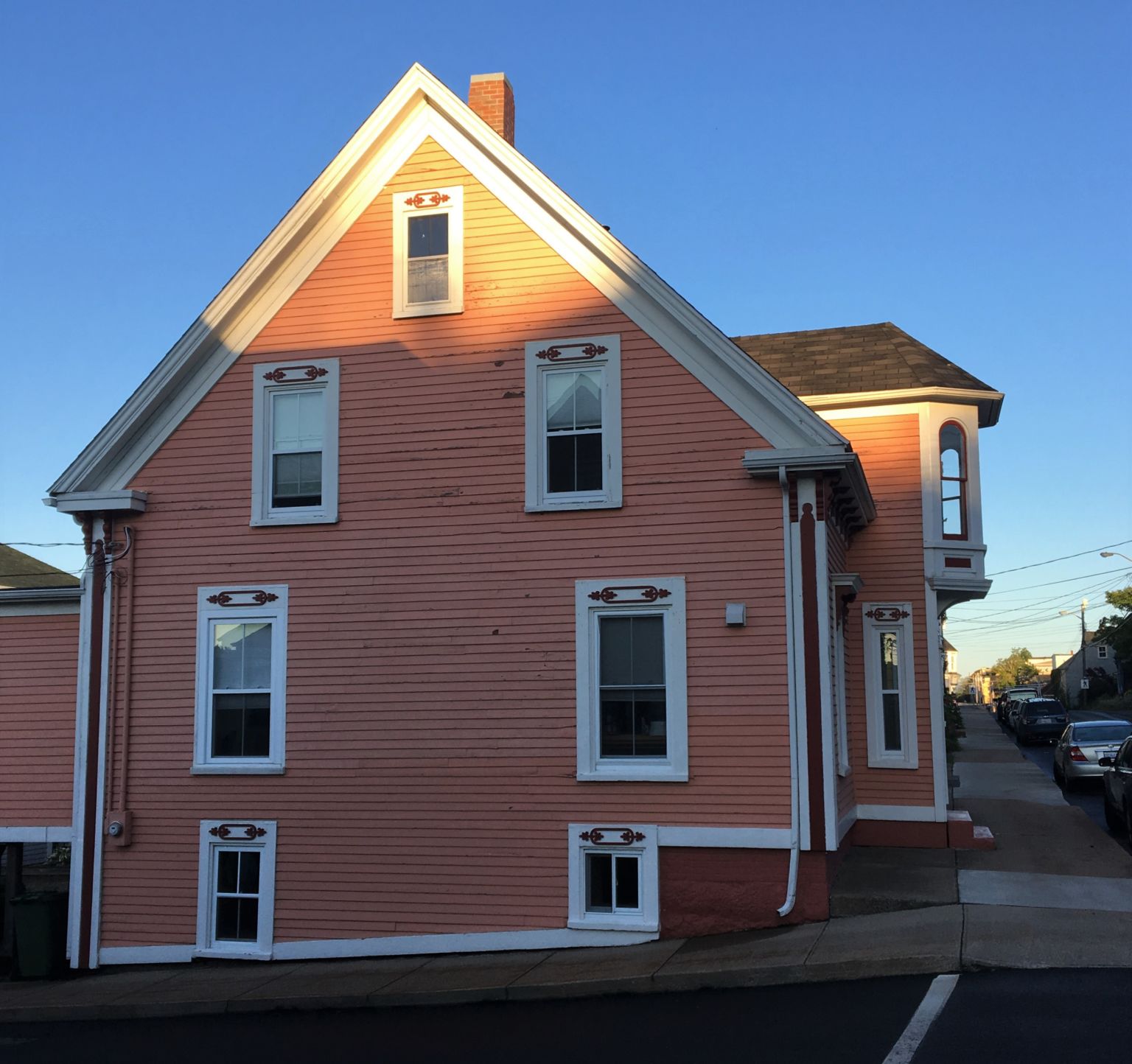 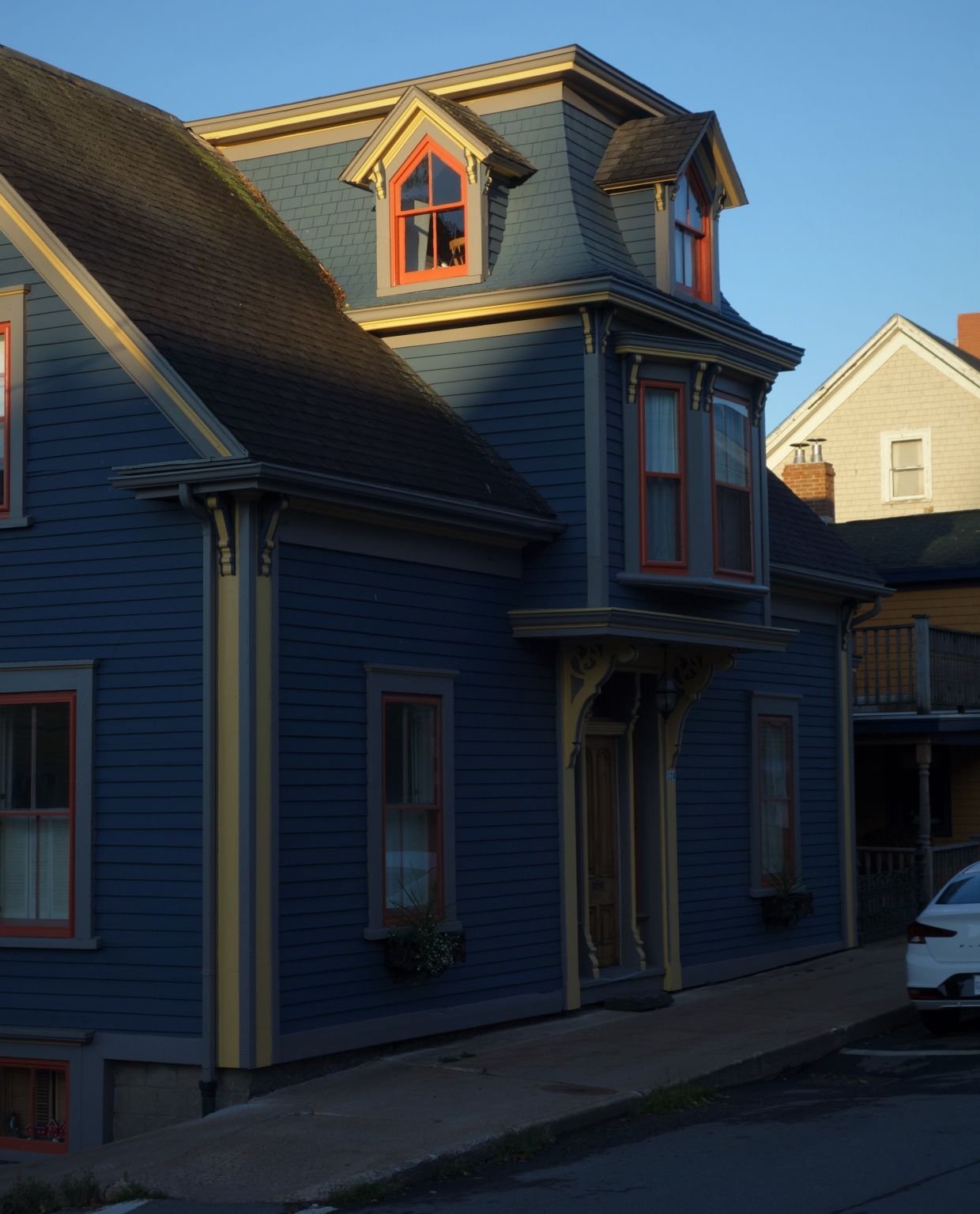 Without crowds of people or traffic in the streets, the built heritage stood out and made it clear why UNESCO designated the old town of Lunenburg a World Heritage site. 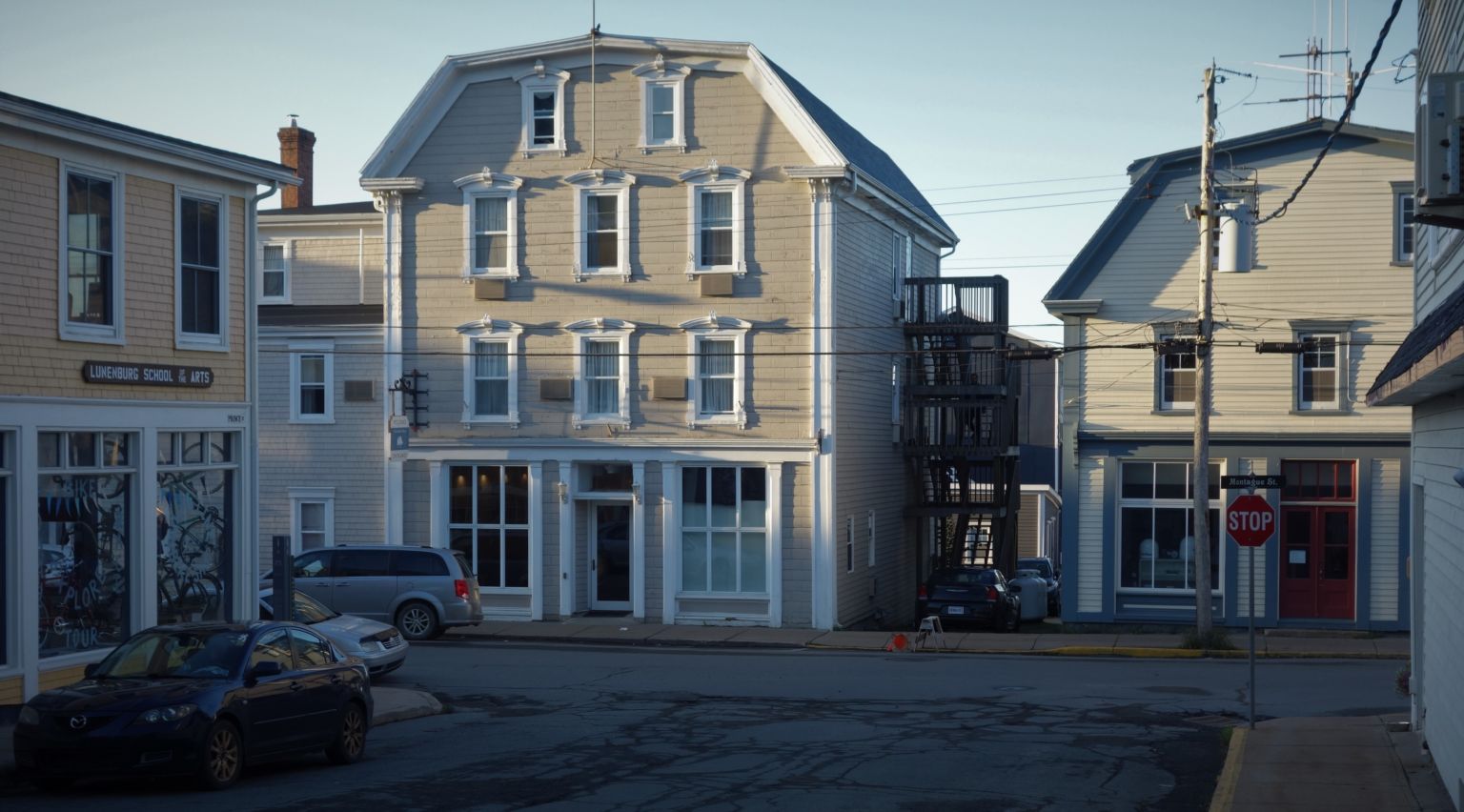 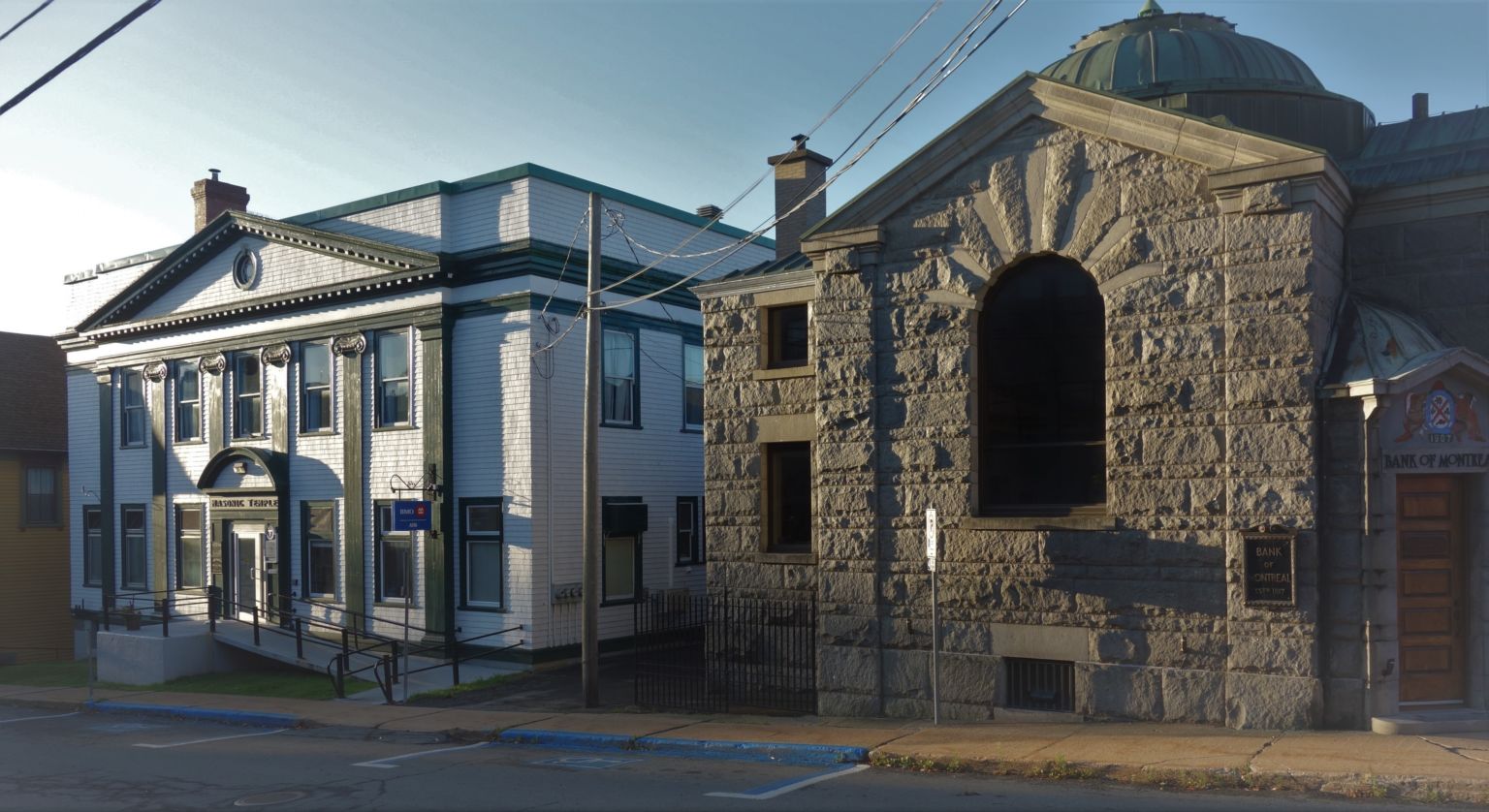 The flattering light also put on show a treasure trove of charming sheds and garages I had not taken notice of before; a new favourite thing about Lunenburg. In many communities this class of building receives little respect. 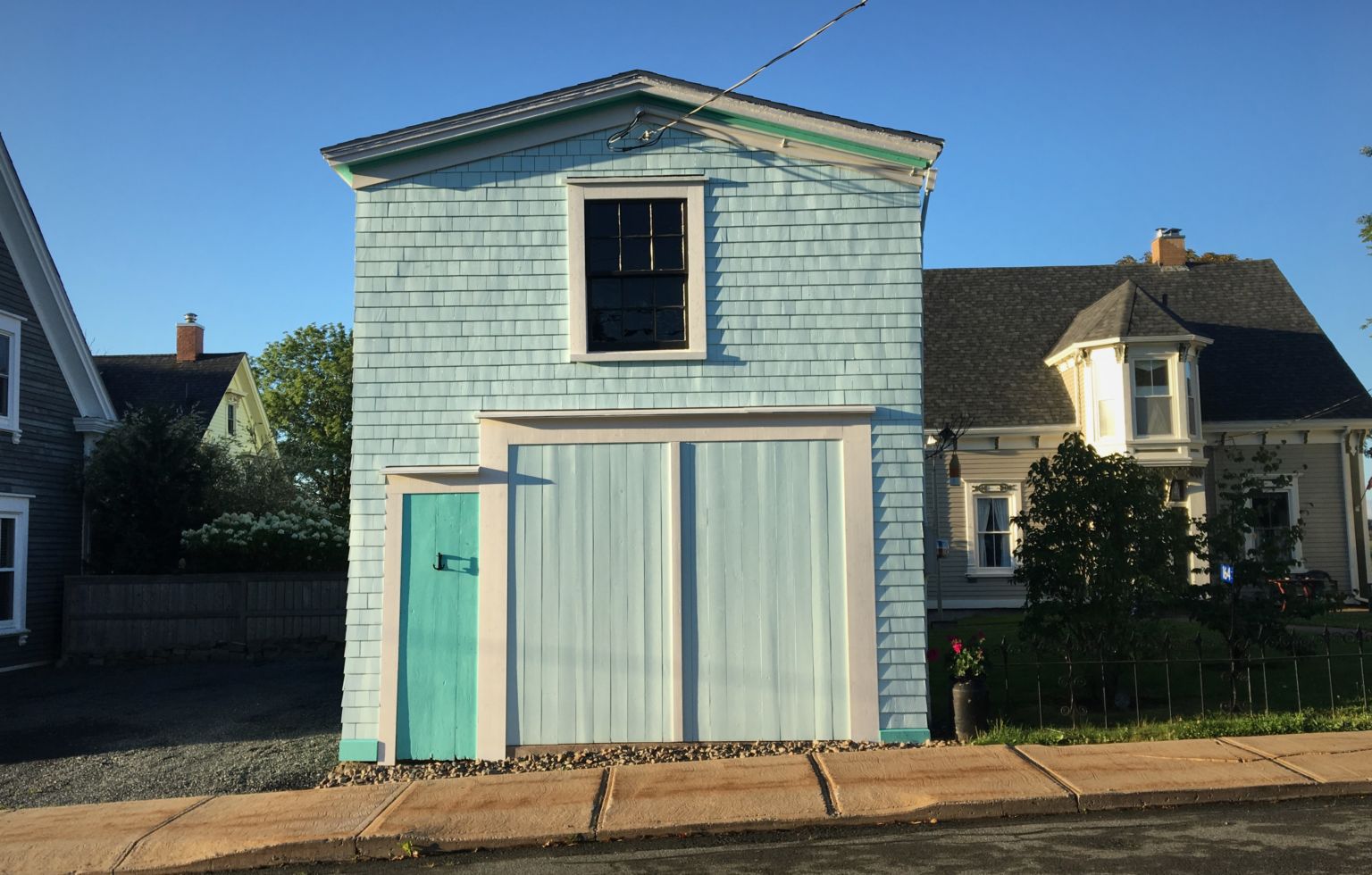 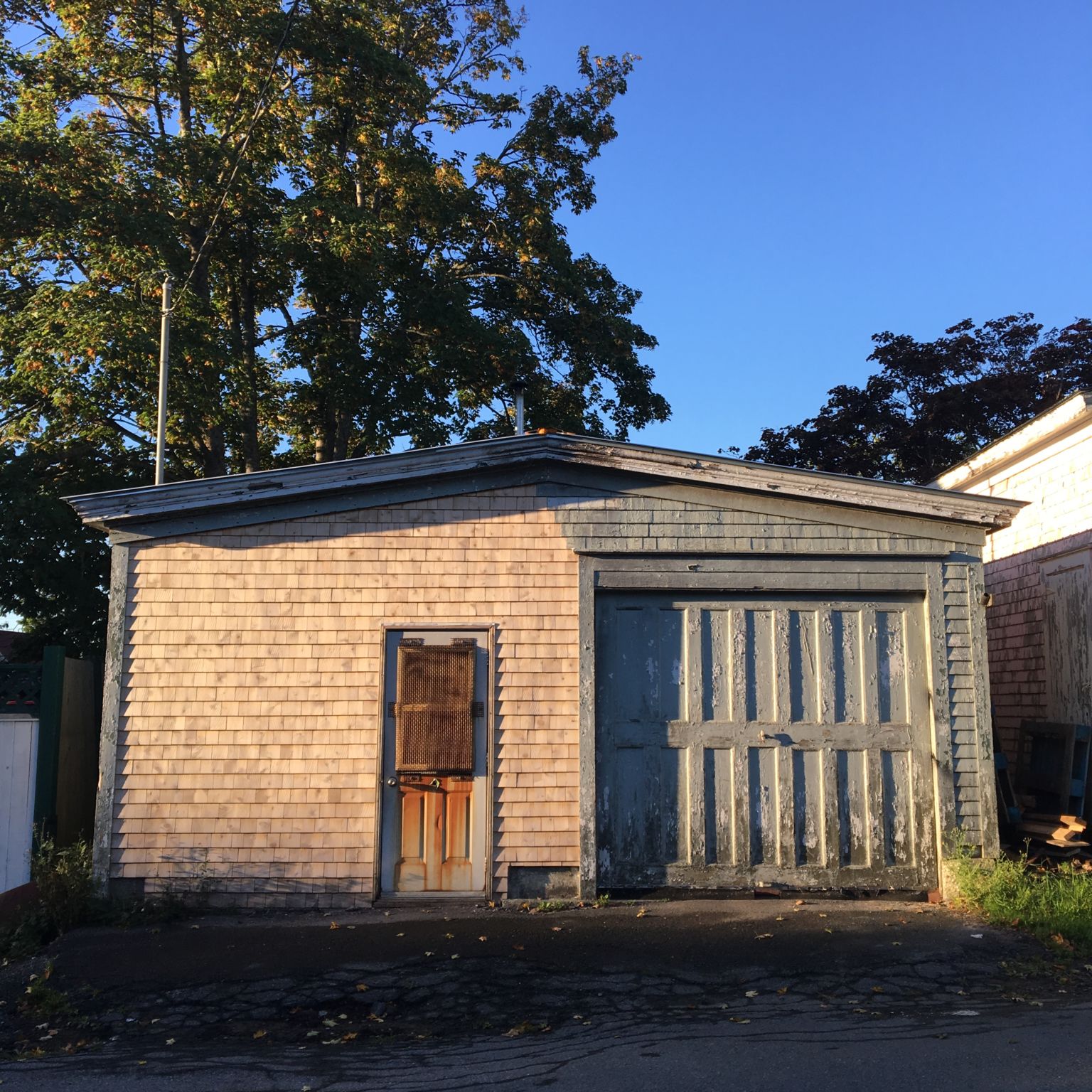 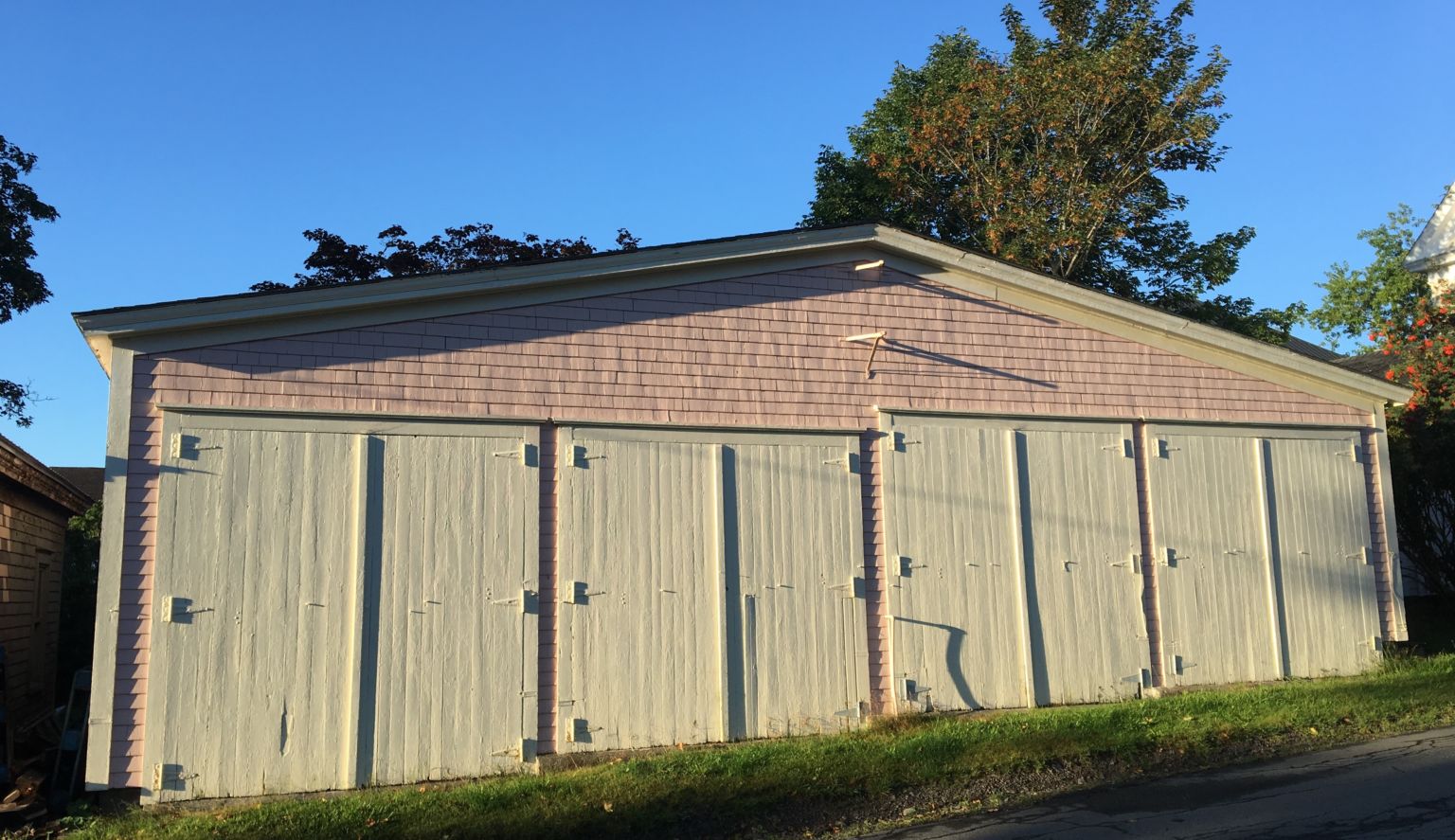 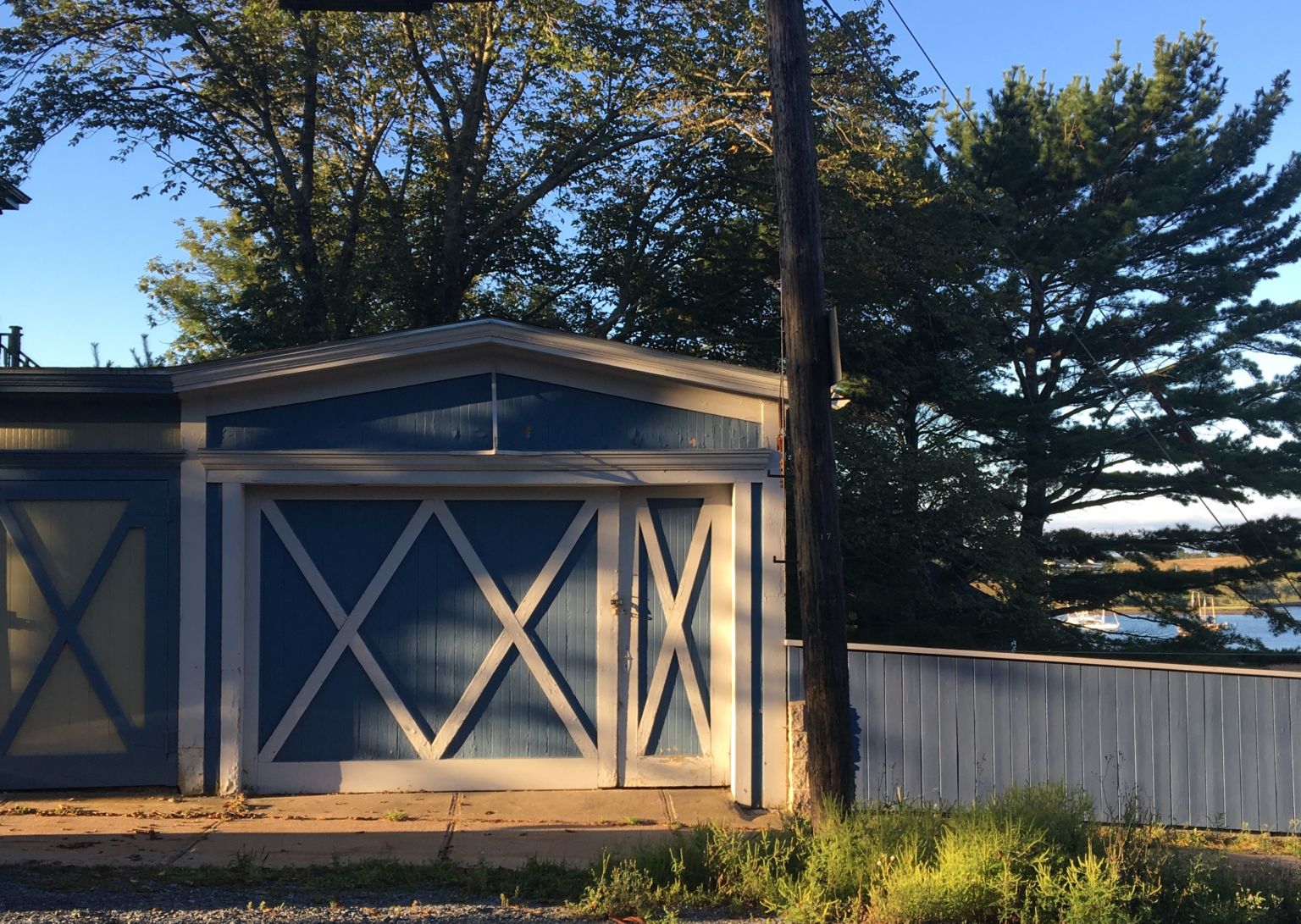 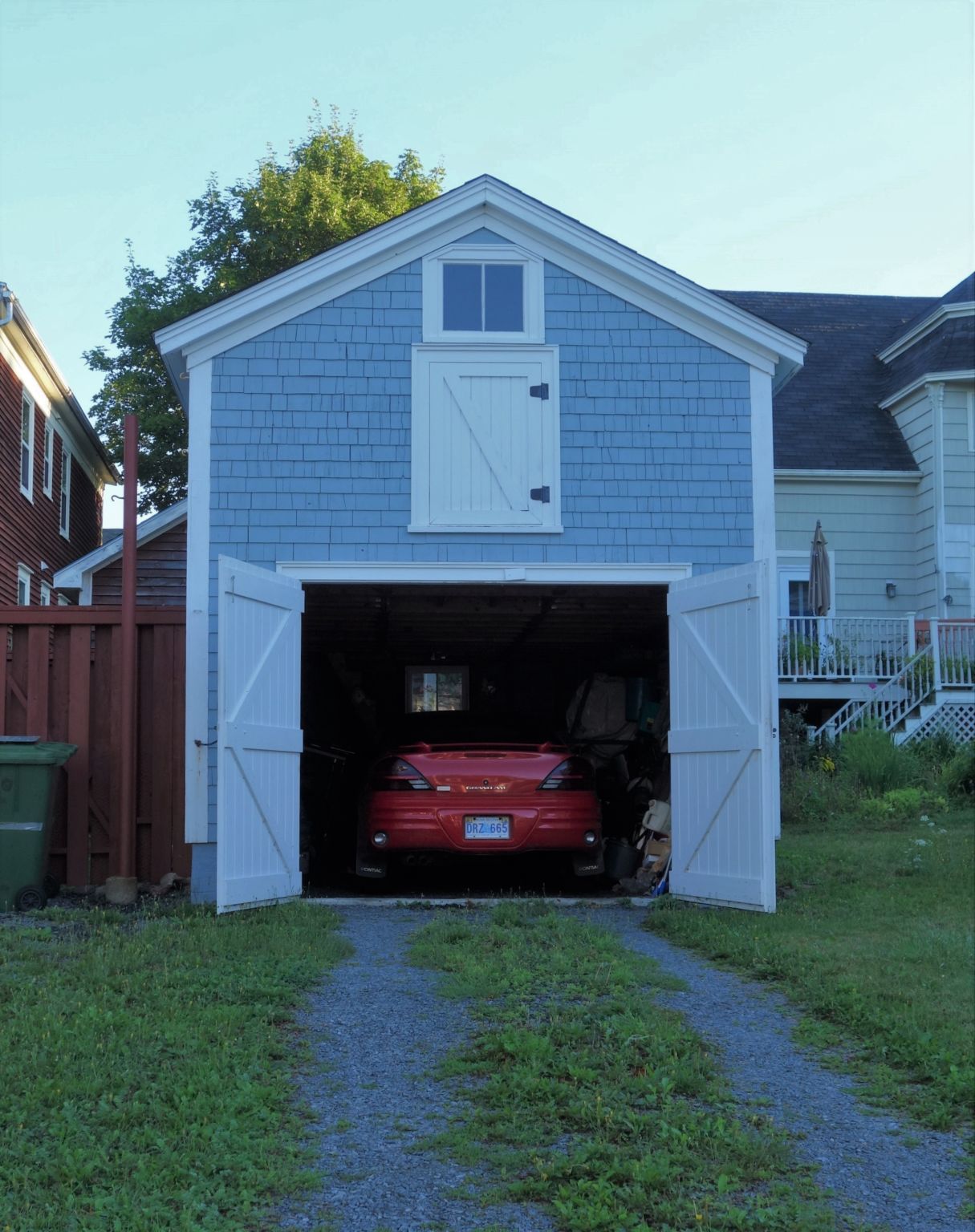 Isn’t it wonderful that there are so many farmers’ markets throughout the province. After breakfast we went to the Lunenburg Thursday market and bought a very special melon. 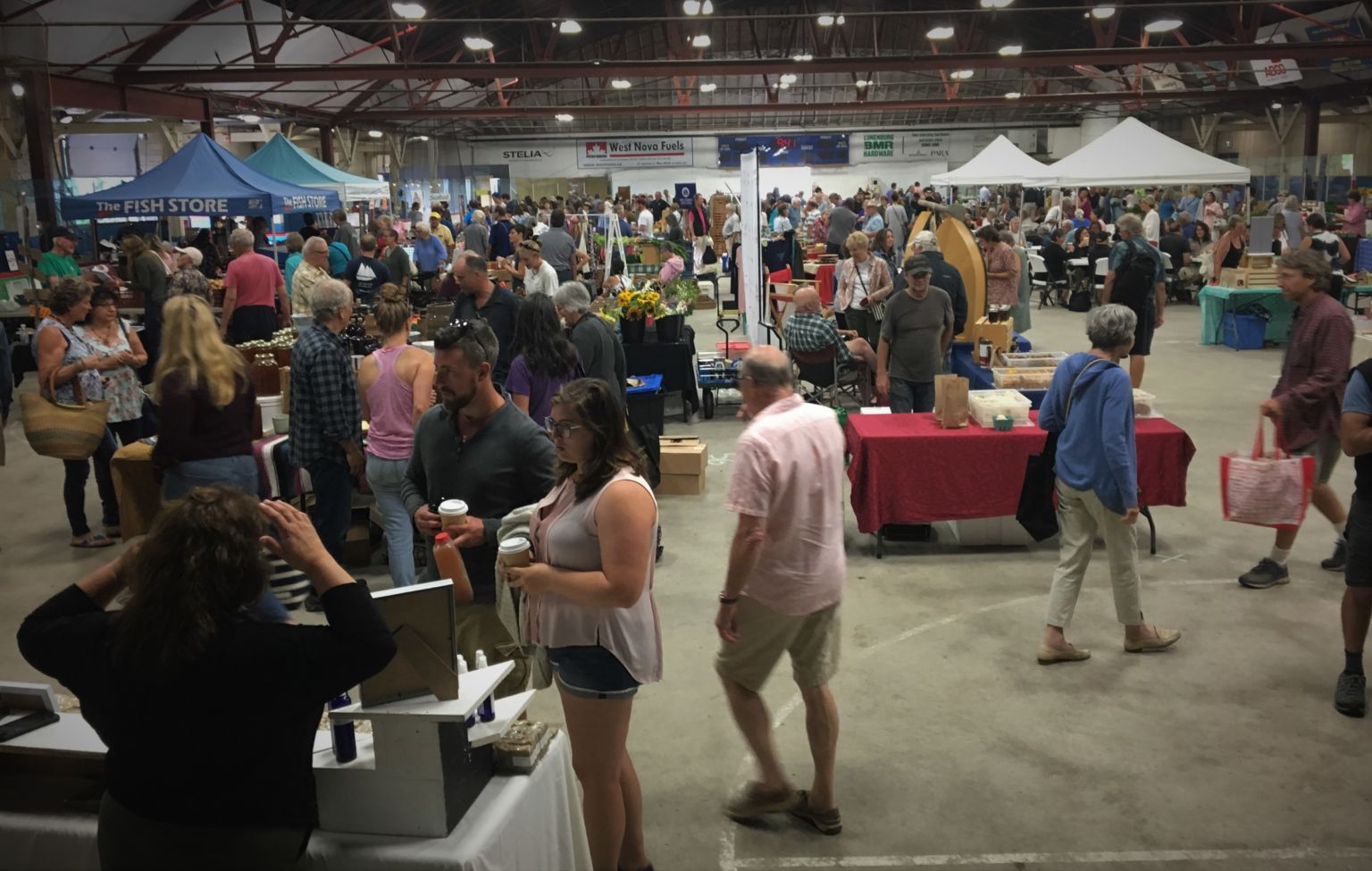 The town and its setting are beautiful, but it’s the wealth of contemporary artists and crafts people, and good restaurants, that induce us to return each year. 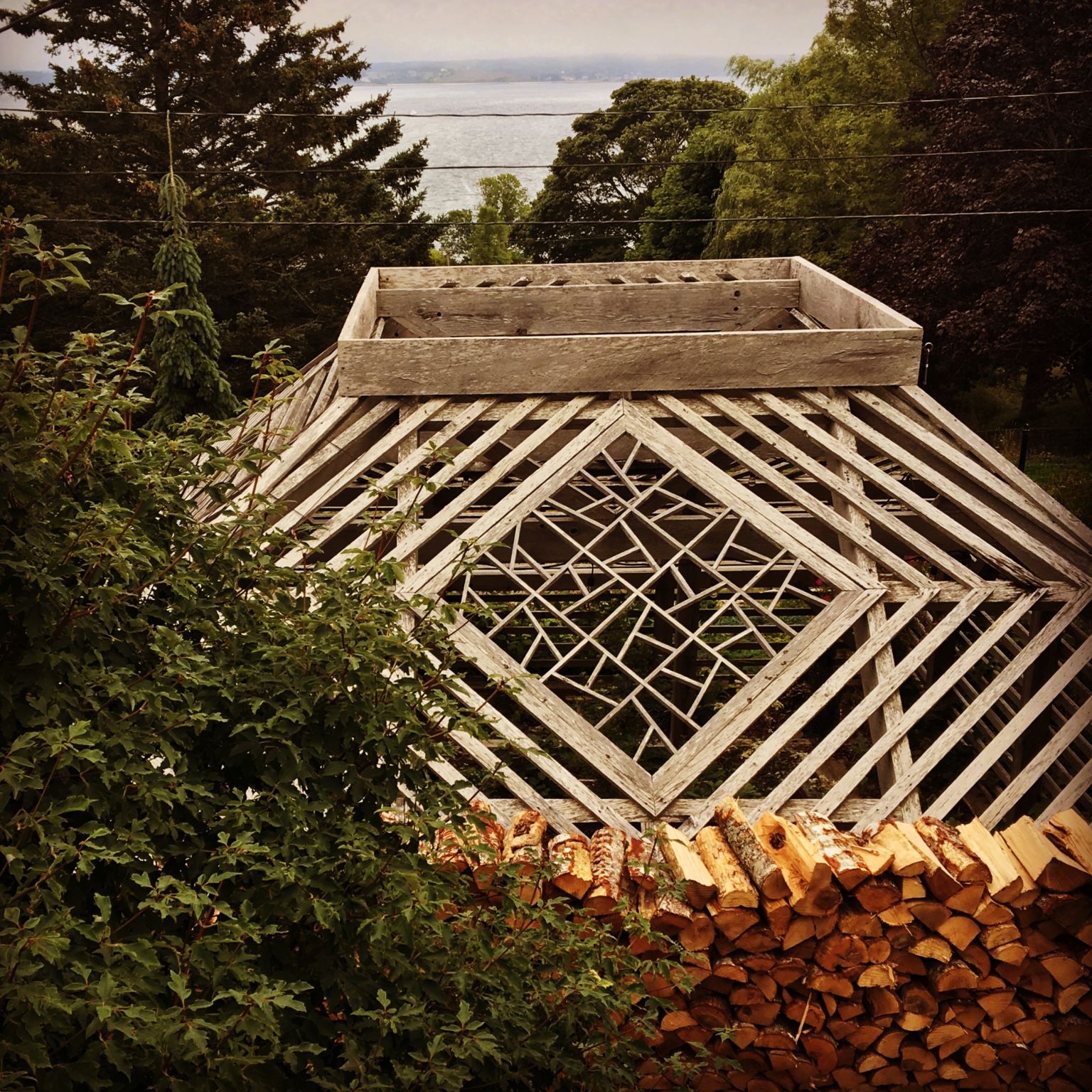 A stunning lath house that shades and protects a very special collection of plants. Also a great pile of firewood.

When it became clear that Hurricane Dorian was headed directly for our house, we returned home to batten down the hatches, taking a long route through the countryside.

We have often whizzed past a sublime little c1863 church sitting in the rural landscape of Middle New Cornwall. This time we stopped to admire its Greek revival-style elegance. 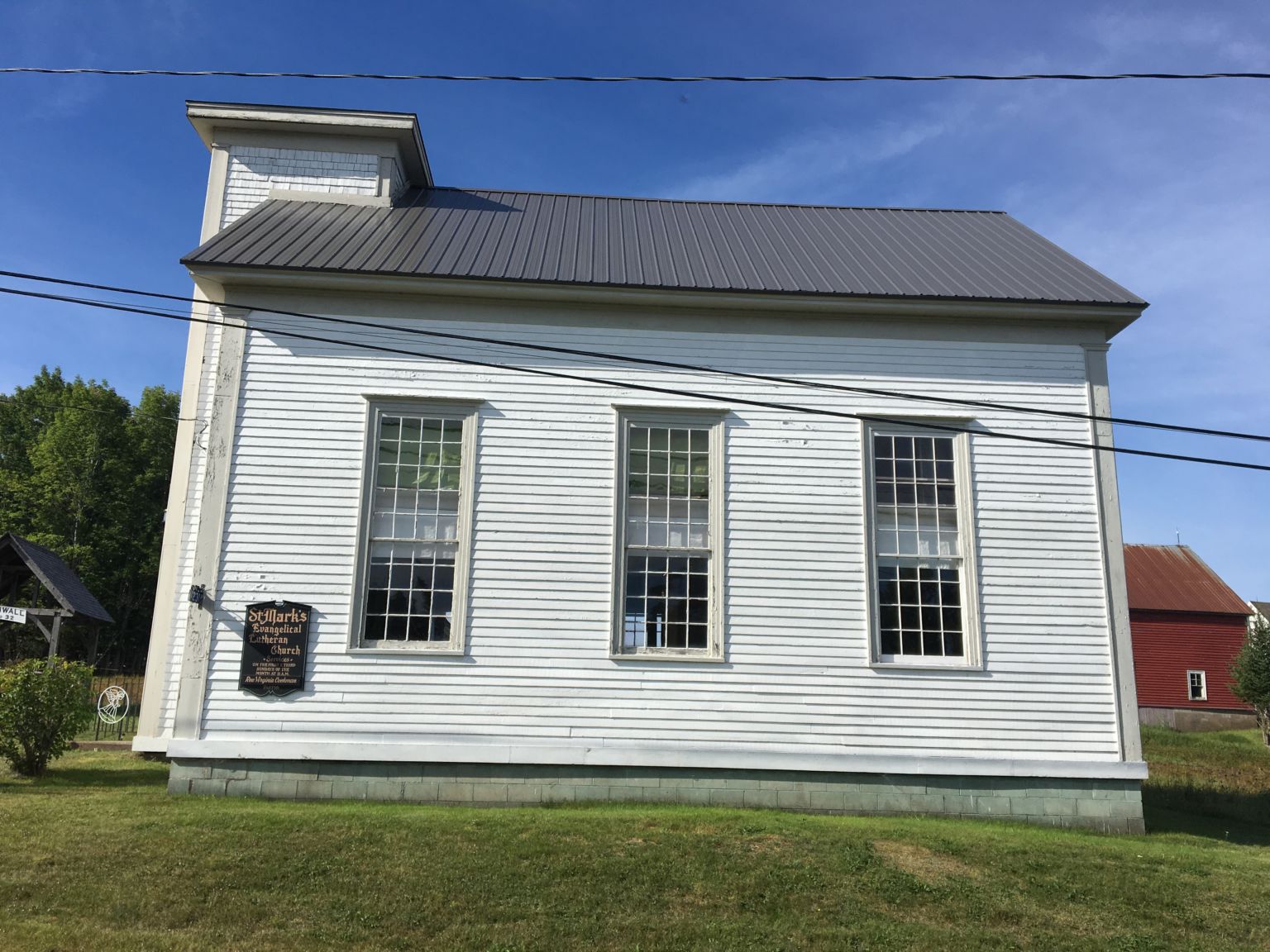 A delightful little angel was discovered on the railing at the front steps. 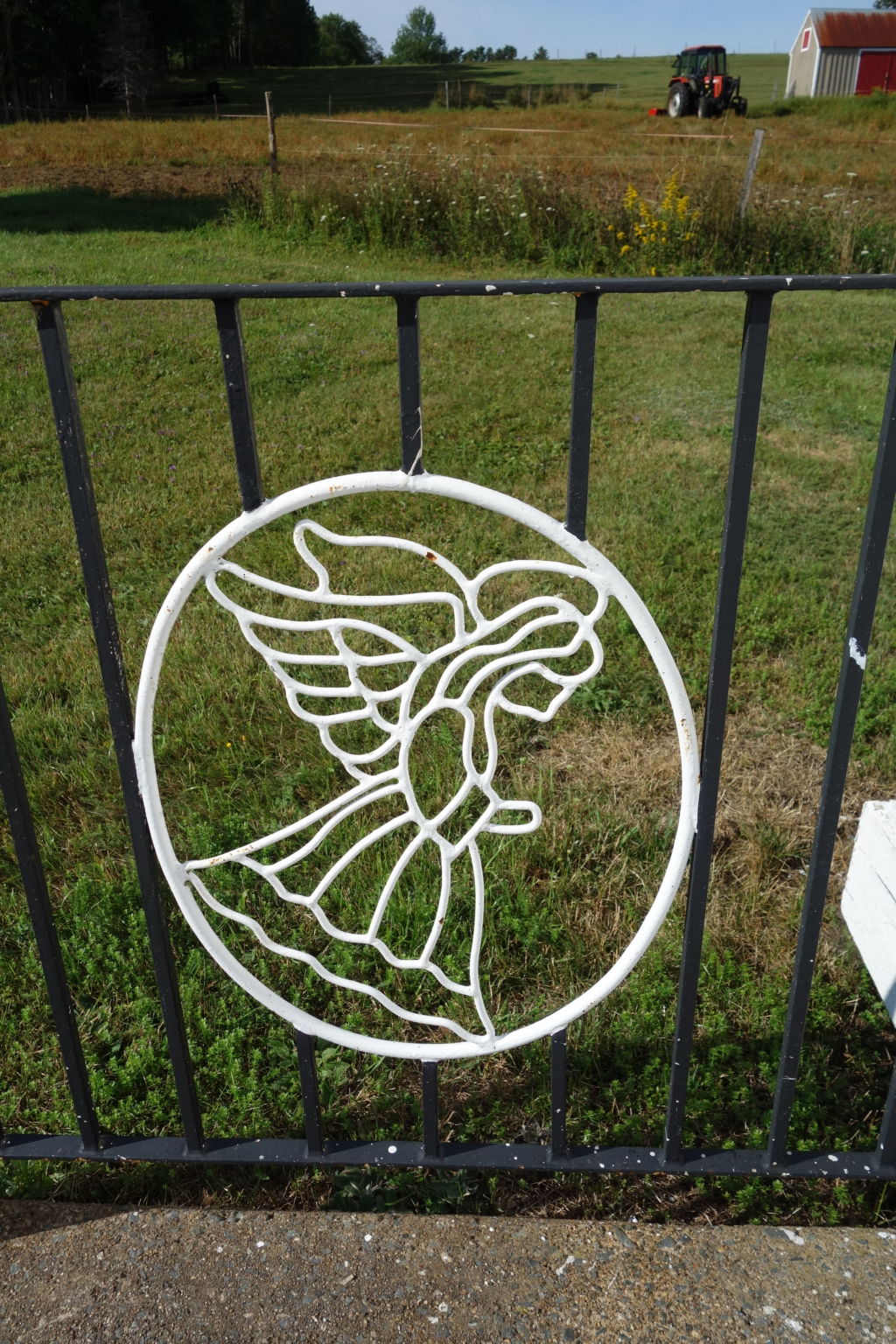 Our destination was the Parkdale Maplewood Museum. We had planned to attend their Blueberry Festival the next day, but they too were taking the hurricane seriously and the event had been cancelled. Lunenburg county folks are very practical, so all the purchased food had been quickly sold throughout the community, and no money was lost.

We had not visited the museum for a long time but remembered that it did a wonderful job of telling stories about its community. For example there was a display about local midwives, and another on straw hat making, once an important domestic industry. 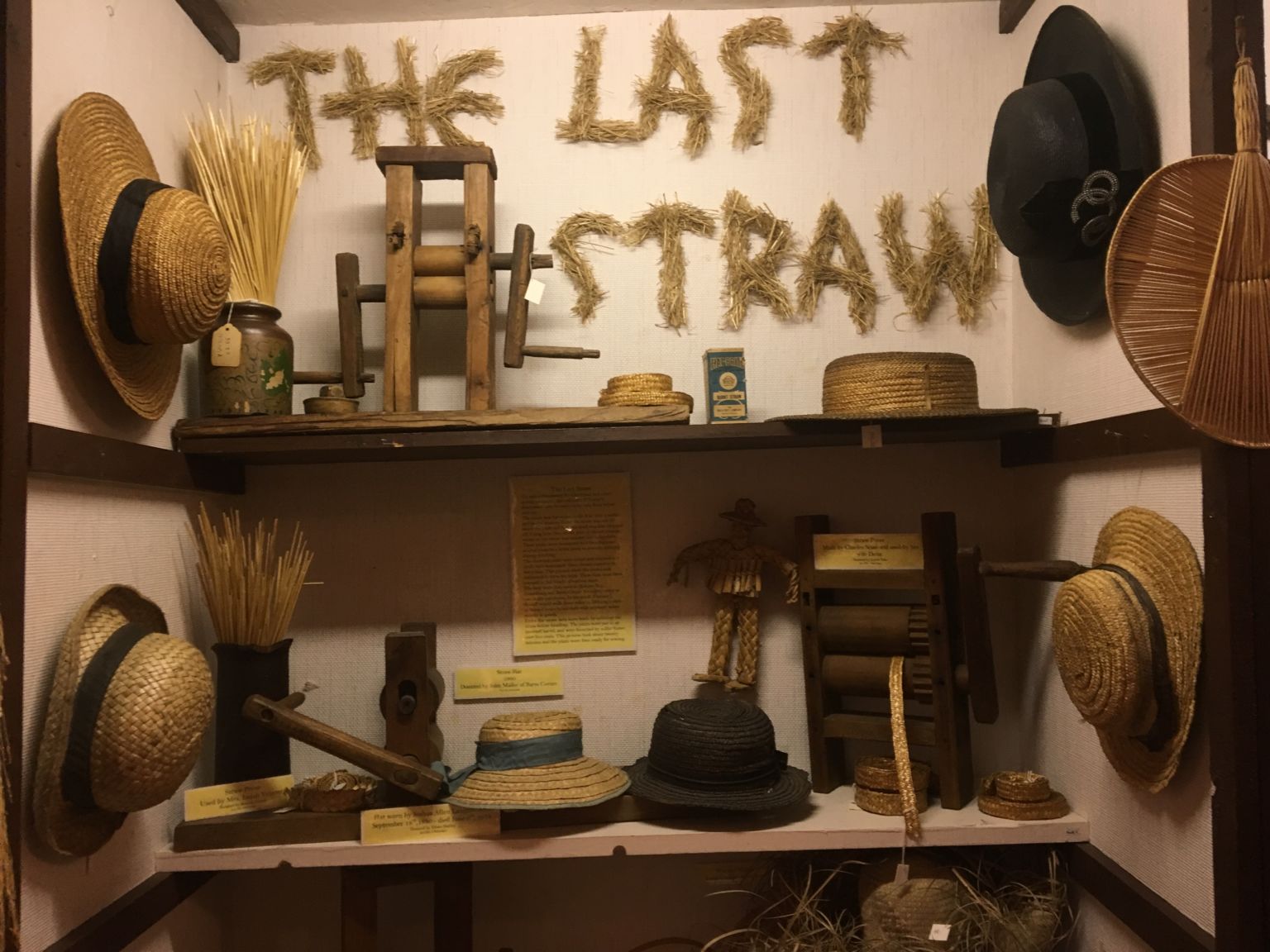 And of course there were novelties, like a neck yoke for sheep, to contain that ewe who insists on squeezing through fences. 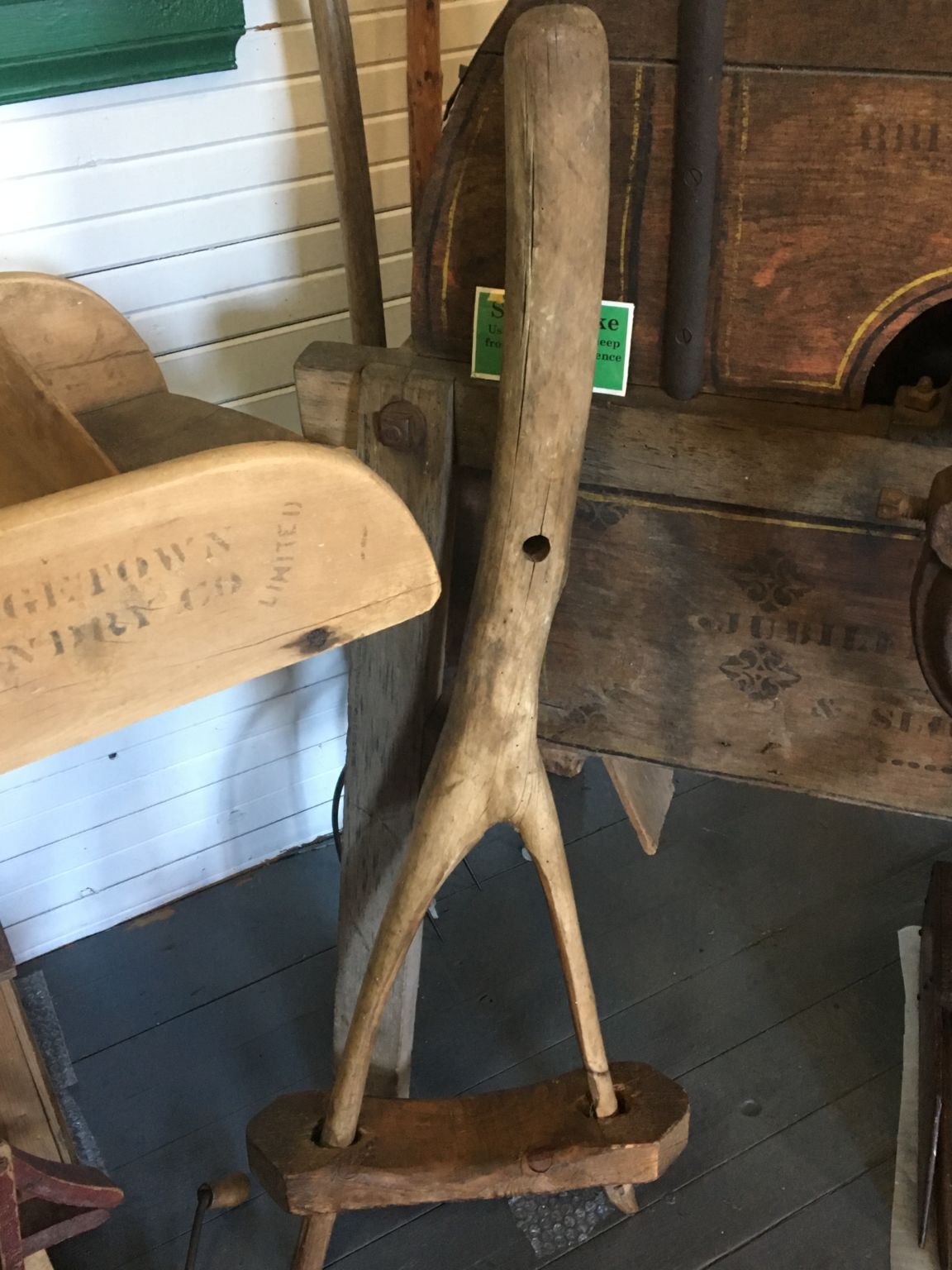 We got back to our cove with lots of time to prepare for the storm. The last thing I did, as the winds began to pick up, was gather a big fist full of flowers, before they got shredded. 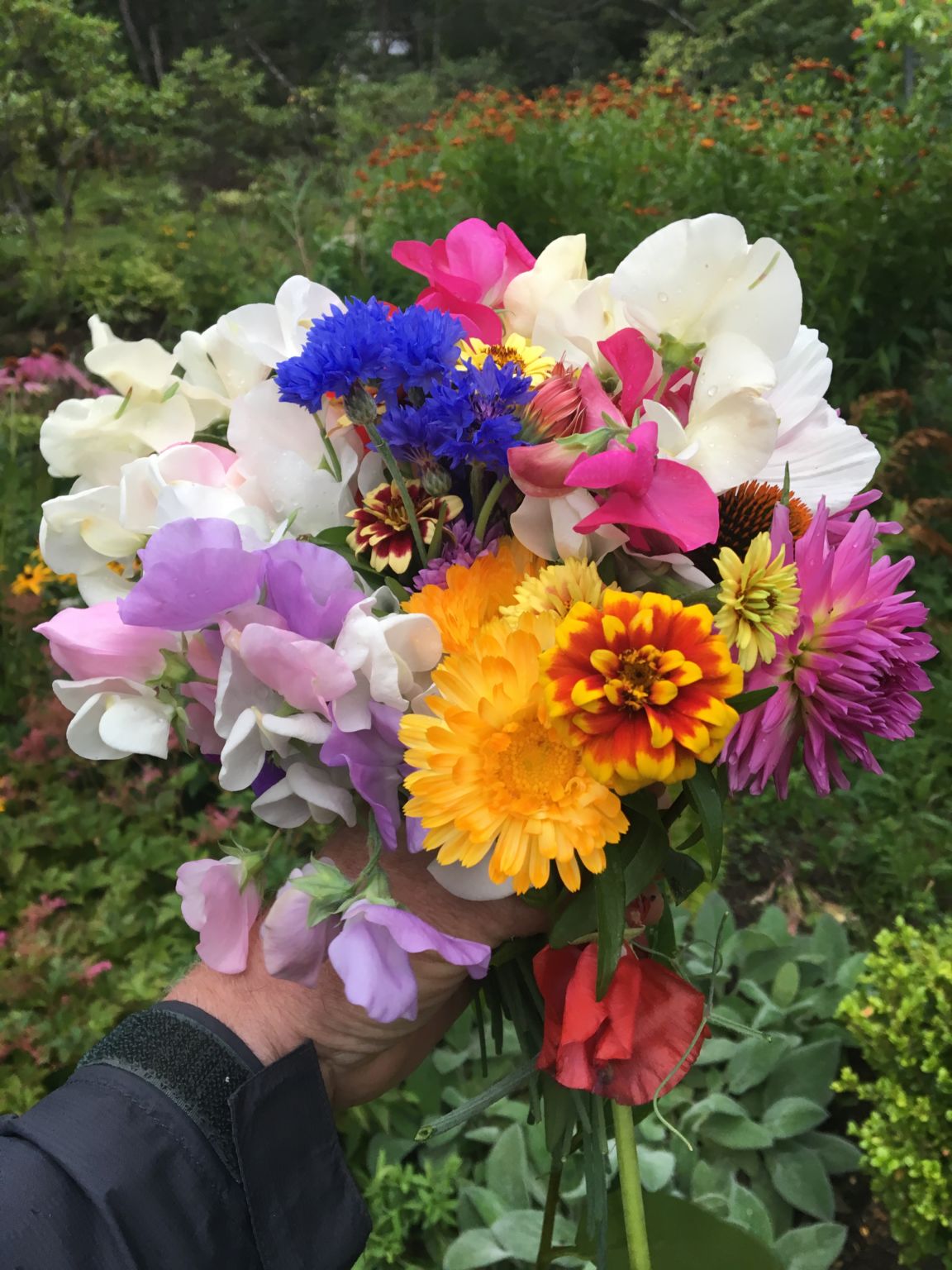 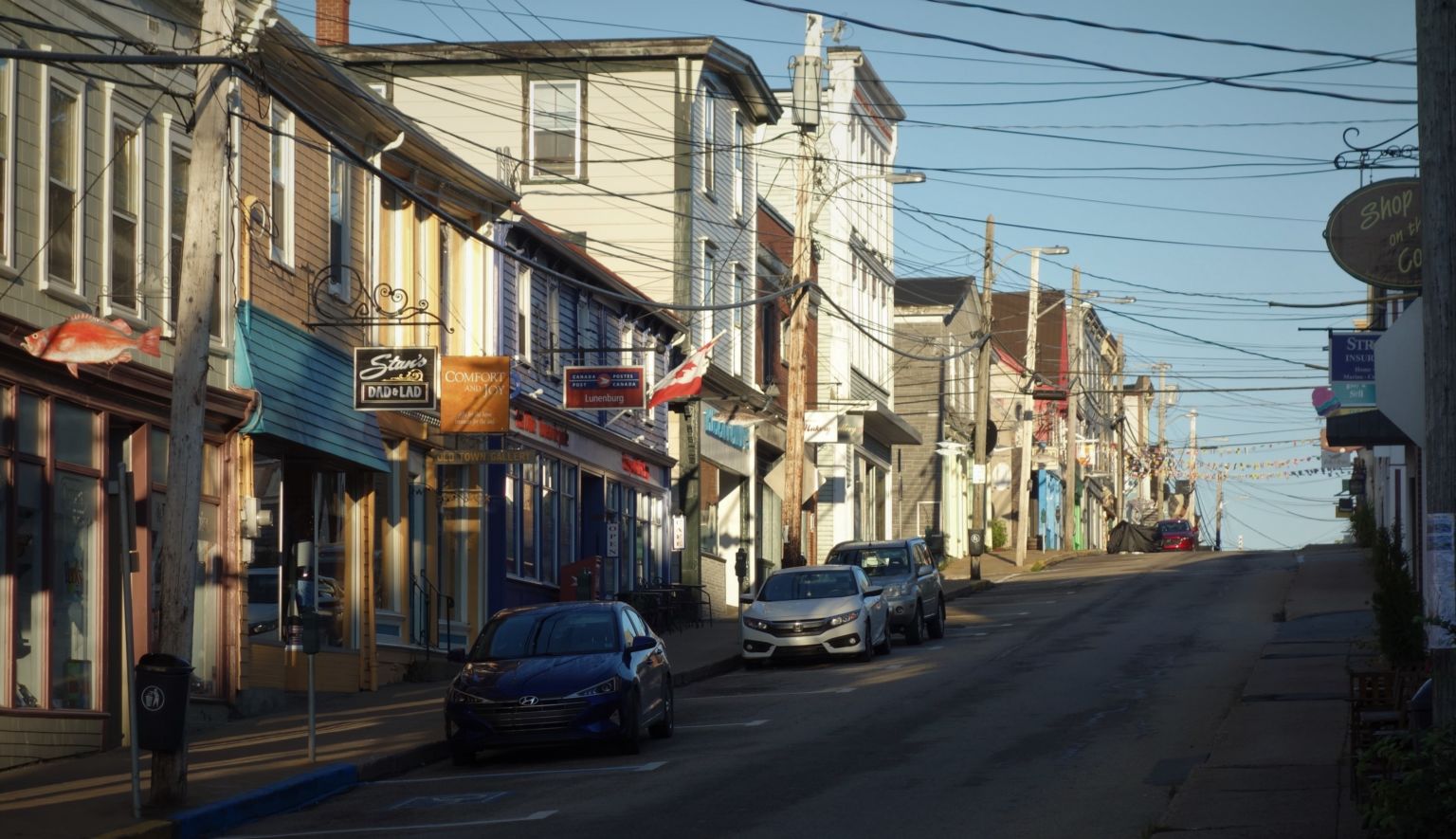 The view of many beautiful buildings is diminished by a scrim of wires and utility poles. 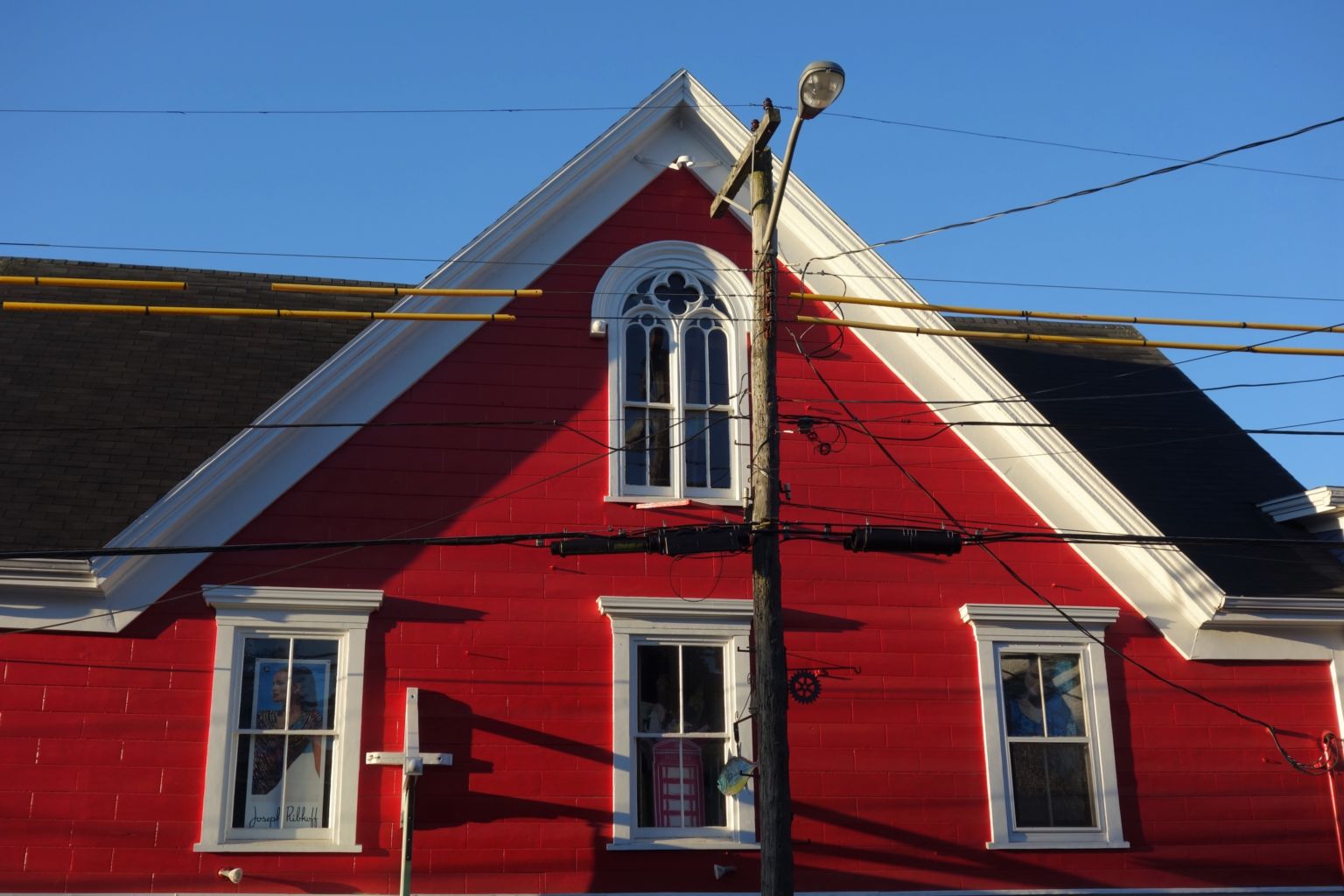 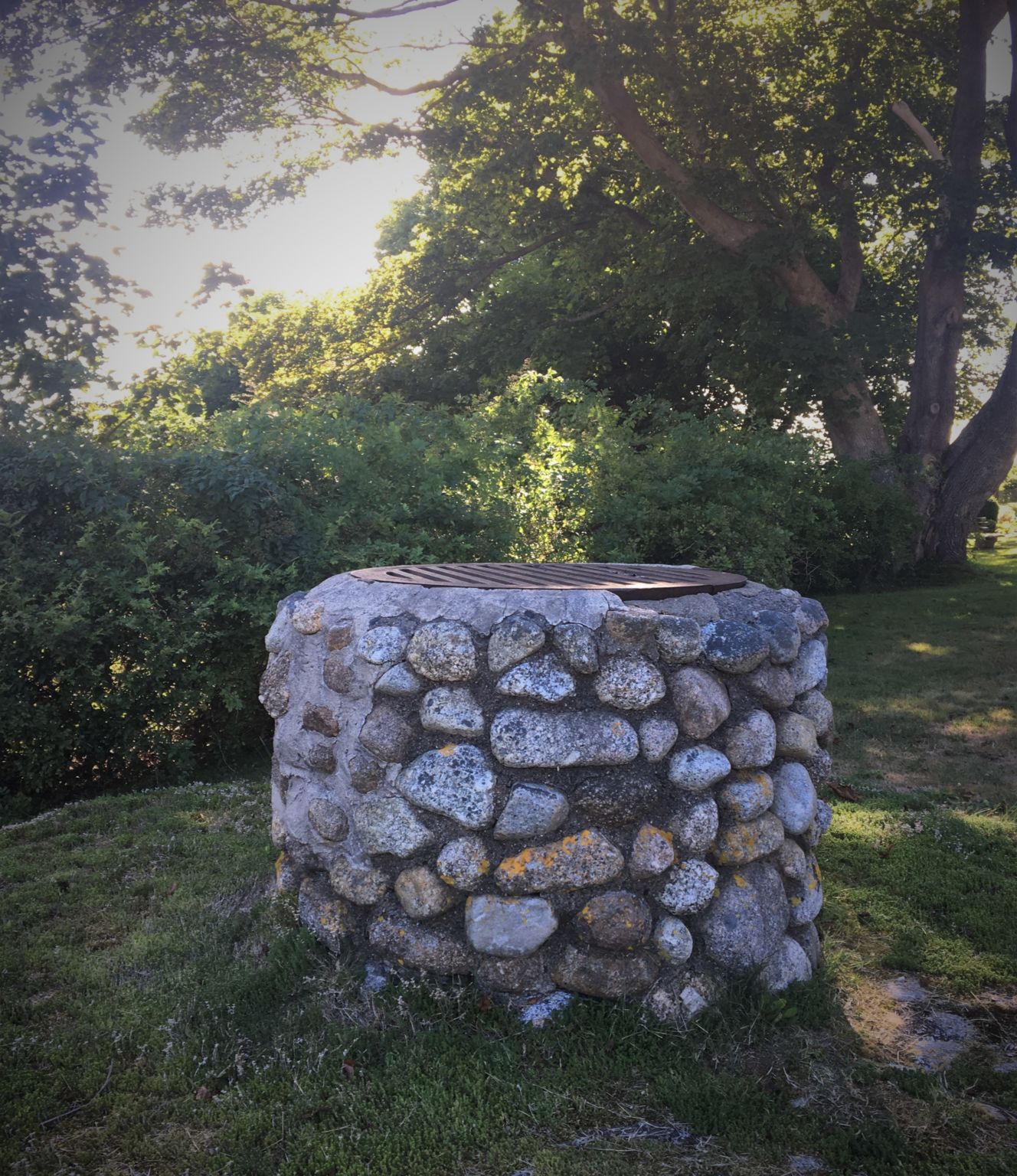 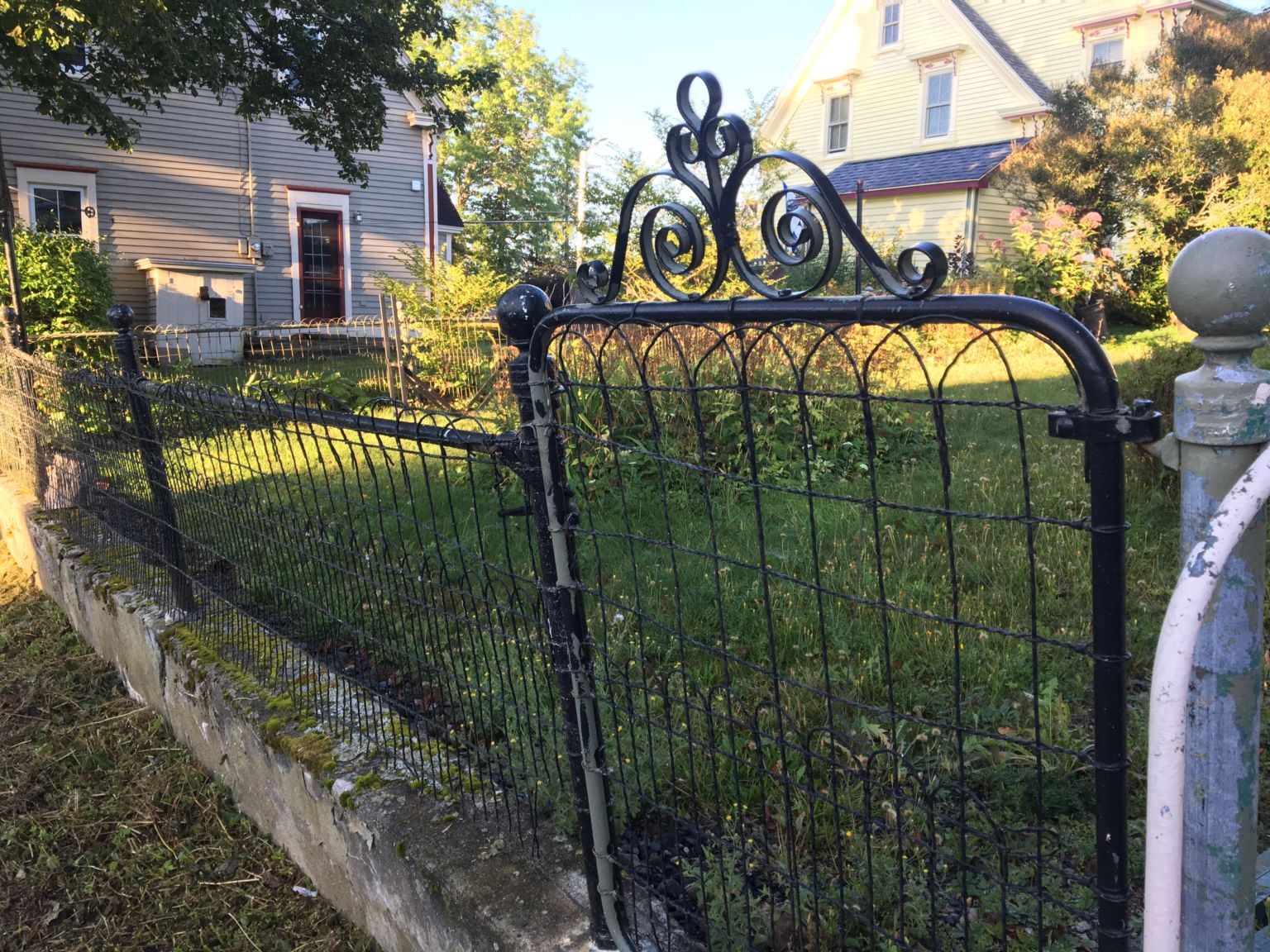