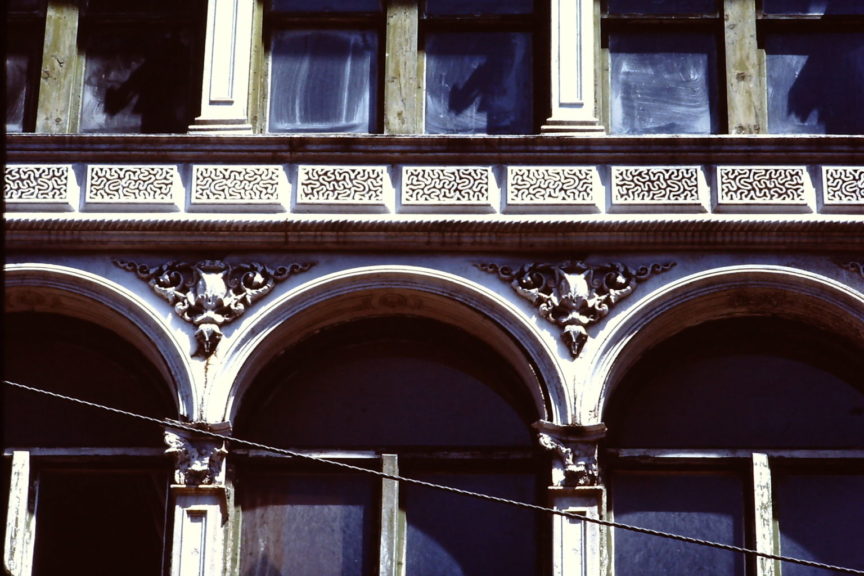 The Granville Street Mall in downtown Halifax is lined with many outstanding buildings. Virtually all date from 1860 when they were quickly built after a devastating fire cleared this area of Barrington, Granville, and Hollis streets. This was the premier shopping district, and the merchants commissioned new stores designed in the highest styles of the time, but one building in this group was exceptional. In form it looked similar to the adjacent stone and brick structures, but the four story facade was made of what was then a miracle new architectural material, cast iron. On its good days, the building glows bright white in the sun. 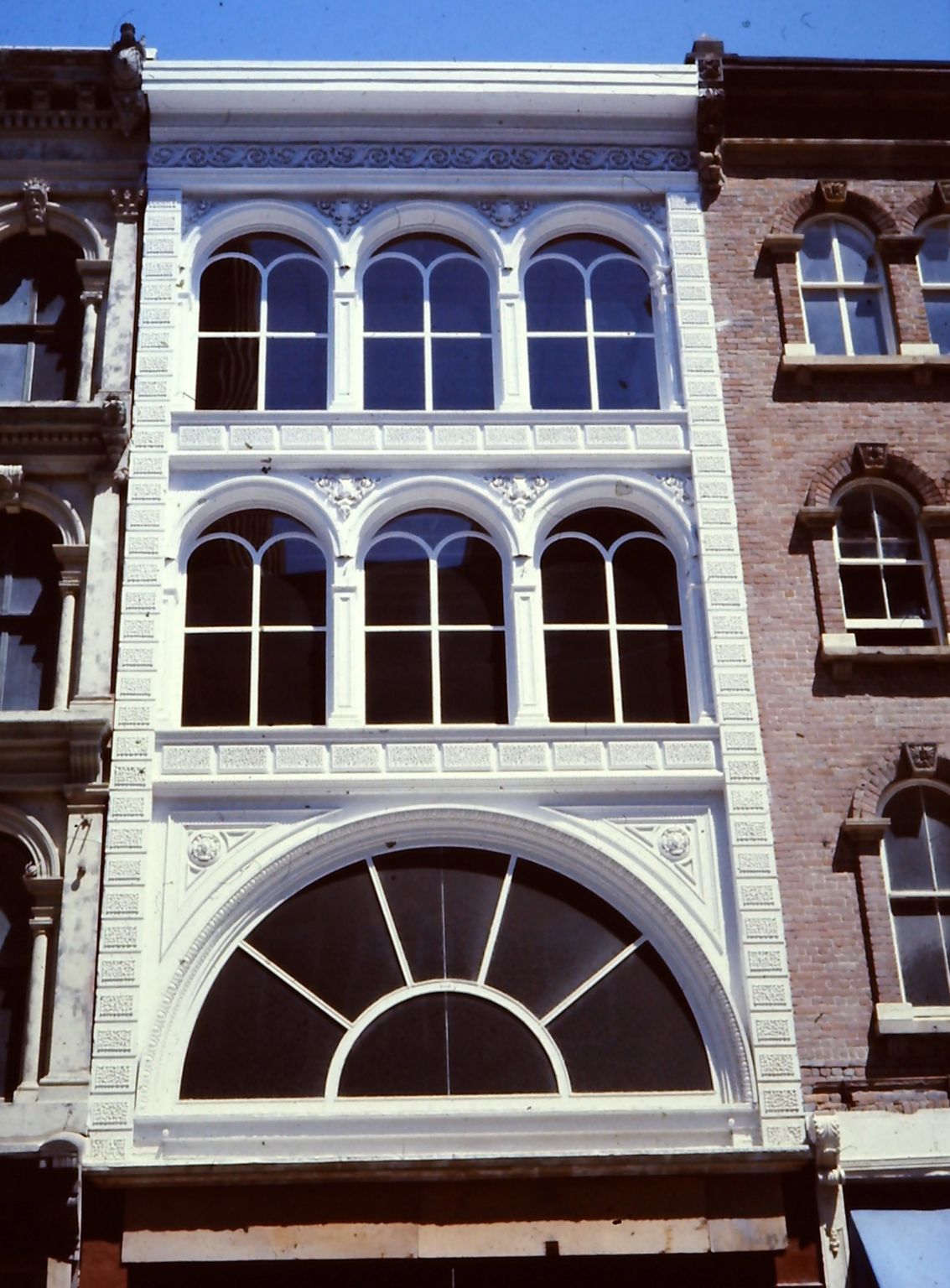 I first noticed this building about 1973, when I went searching for local evidence of the cast iron architecture that was just then being rediscovered in the SoHo district of New York. With the aid of a small magnet I was able to identify iron columns, concealed under thick layers of paint, on almost every shop front on the Granville Street block. 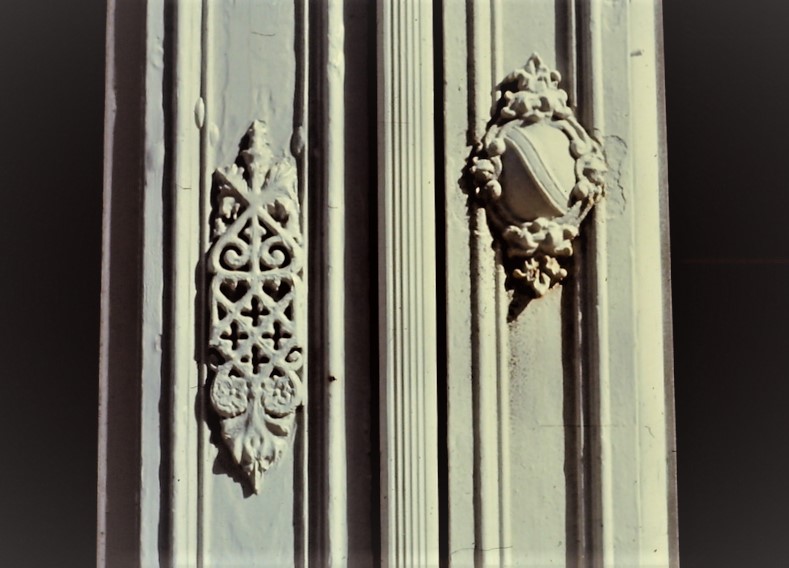 But when I looked at the upper stories of the craft shop, it was clear that the capitals on the columns were made of individual castings and that some bits had fallen off. This was a full iron front and, as it turned out, probably the oldest complete cast iron facade in Canada (there were never very many). 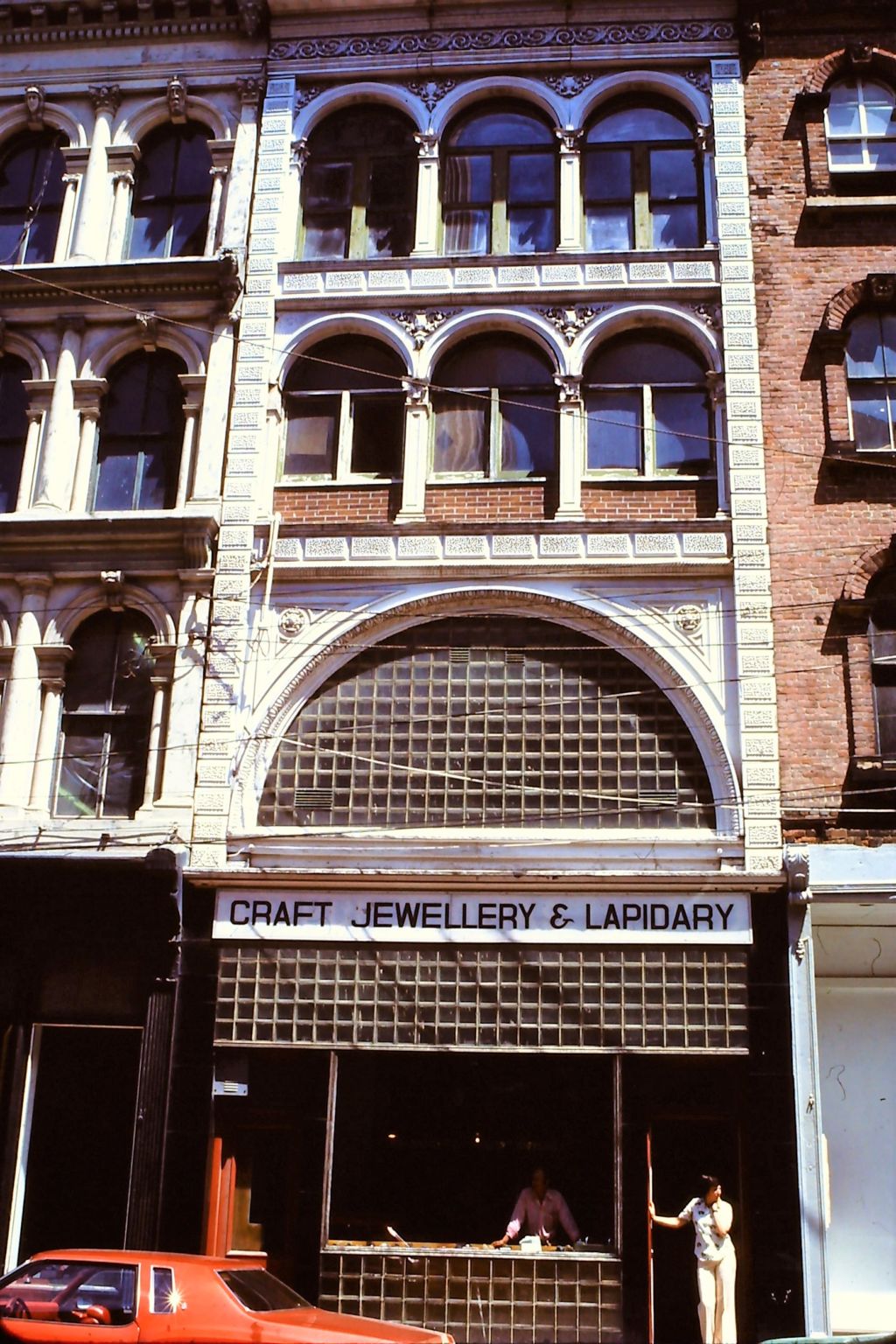 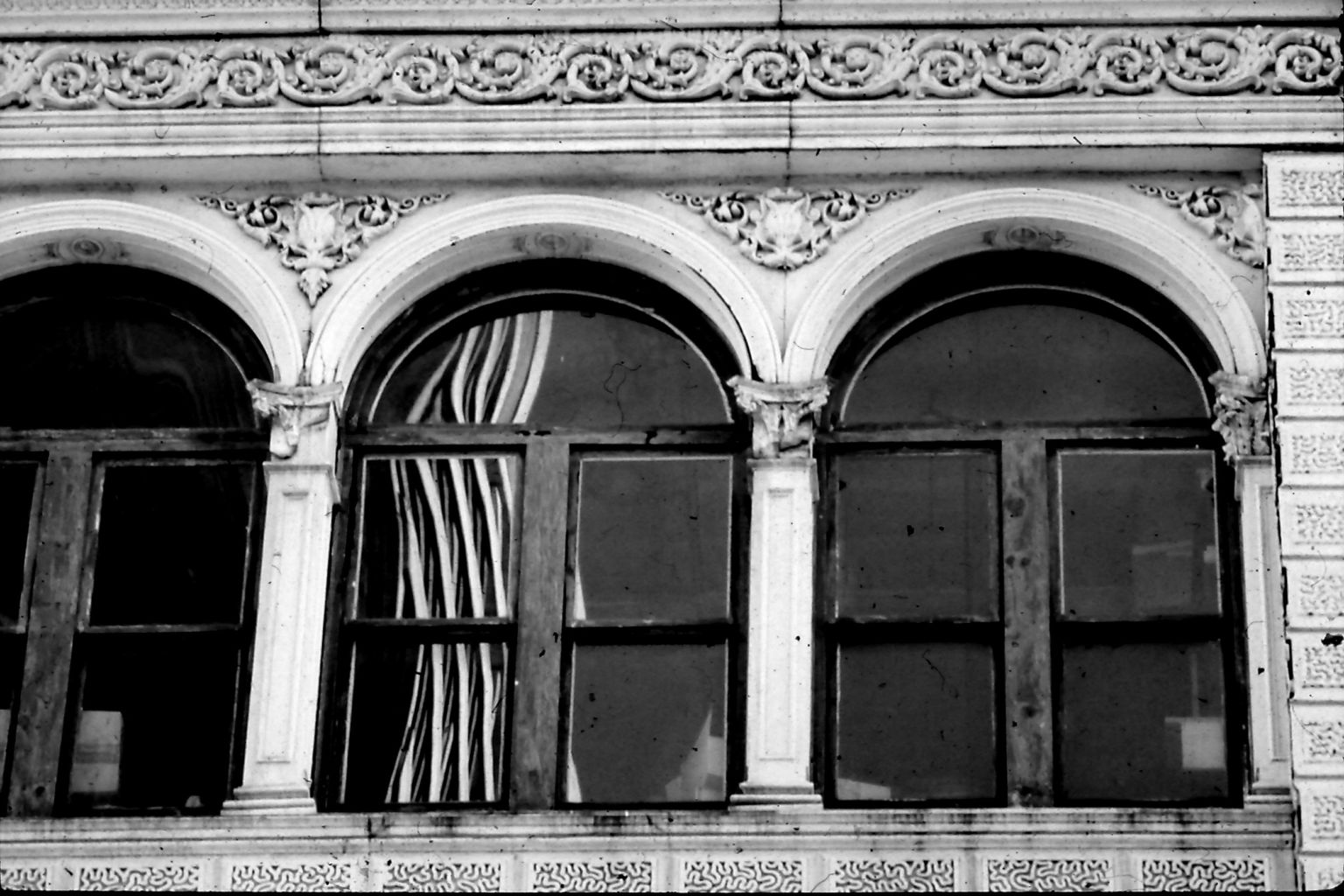 On some of the Granville Street shop fronts I found foundry marks for the Daniel Badger Architectural Iron Works in New York, the foremost manufacturer of this product in the world. More good luck, Badger produced a lavish catalog in 1865, that had been recently reproduced, and there on Plate LXXIV was our Granville Street facade as originally designed. 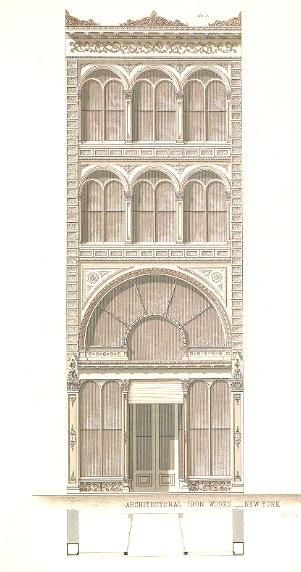 The building was commissioned by W.G. Coombs, the proprietor of the English Shoe Store. He appears to have had the New York iron works actually design the facade. The striking half round window on the second floor is unique in Halifax and was easy to accomplish in cast iron. This new architectural material must have felt very modern because Coombs named his building the Empire Iron Front Warehouse. In some ads he also calls it the Iron White Front Warehouse, indicating the colour was also outstanding. 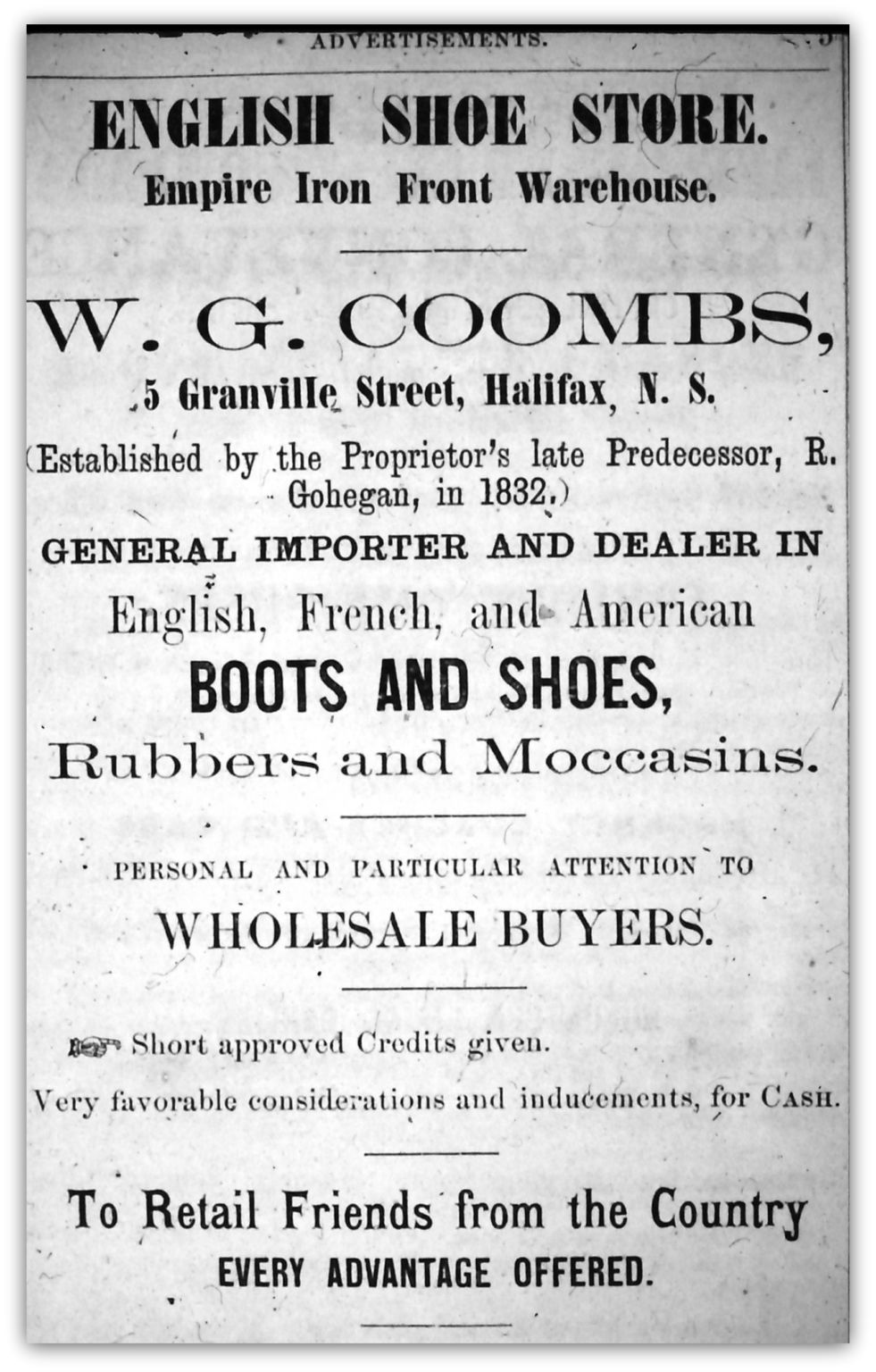 The back of the building was constructed of brick and wood, and the cast iron facade was really just a skin attached to a conventional structure. The strong but relatively light cast iron allowed for bigger window openings that took advantage of the large sheets of plate glass that were newly available at the time. A night view shows that the front has a lot of glass. 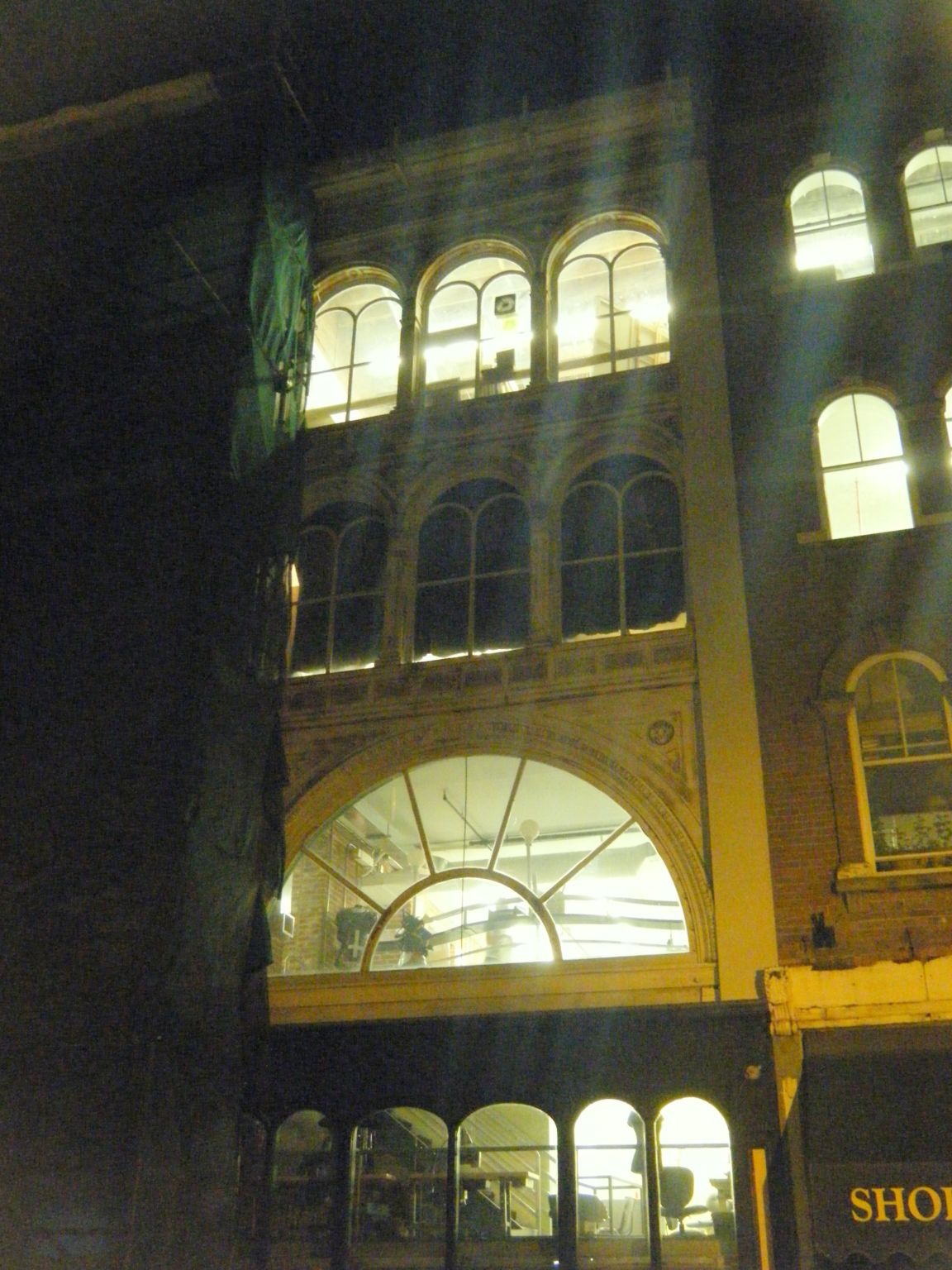 StreetView shows how the building has looked recently. With all the rust, there is now no mistaking that this is an iron facade. The “corner stones” have been covered so they must have become “fragile.” I worry about the future of all of the east side of Granville since NSCAD announced their desire to bail. A time may come when the Empire Iron Front Warehouse needs some dedicated friends. 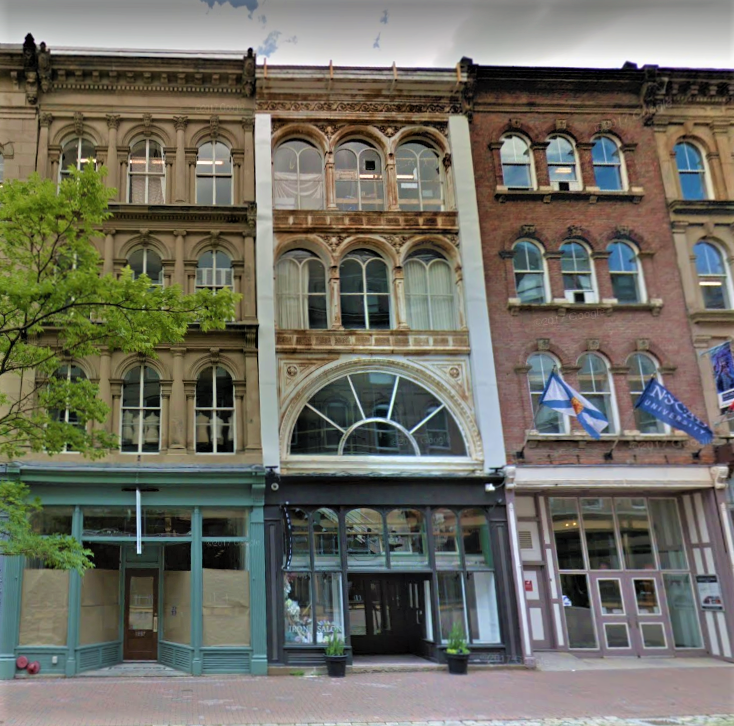 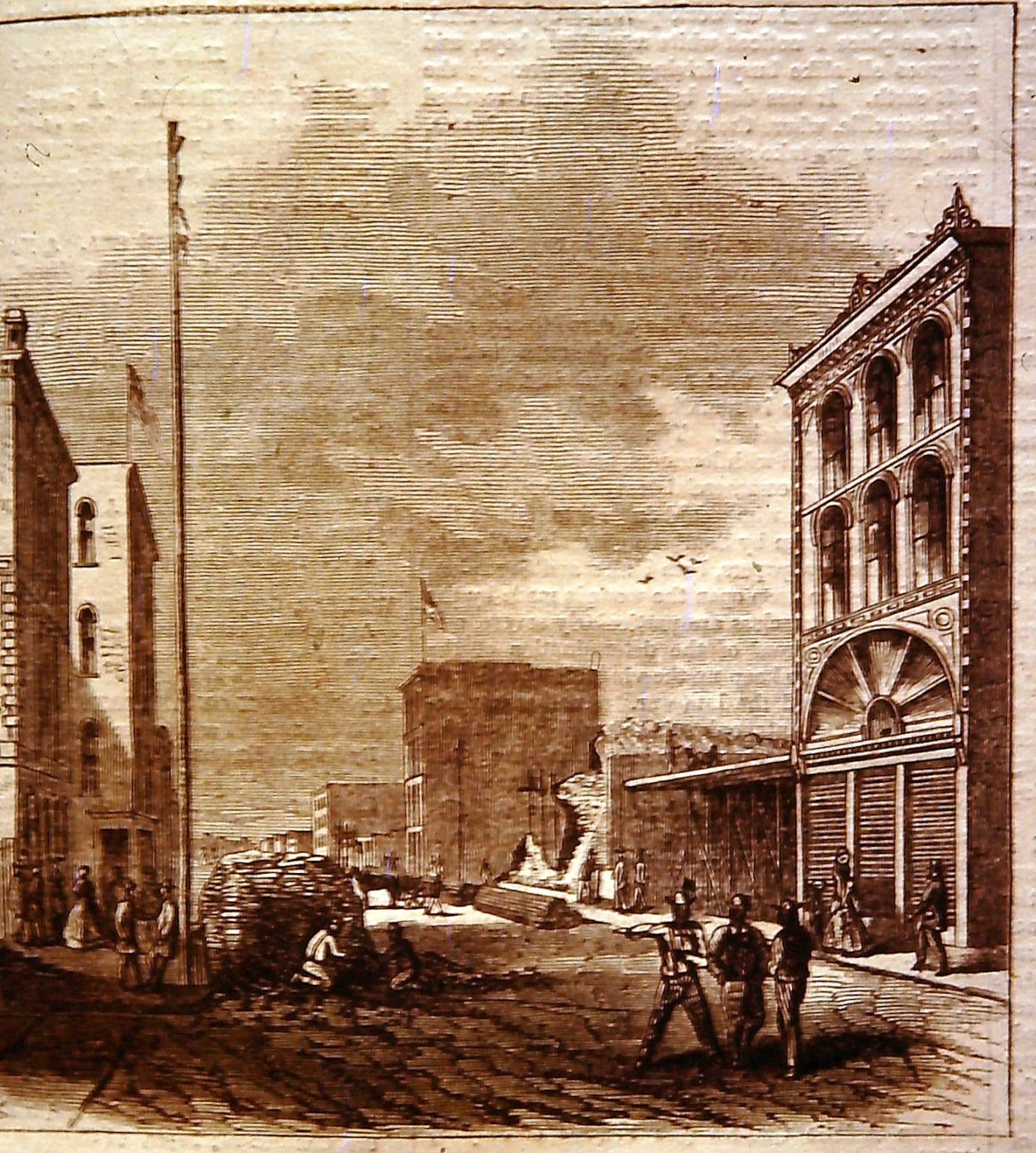