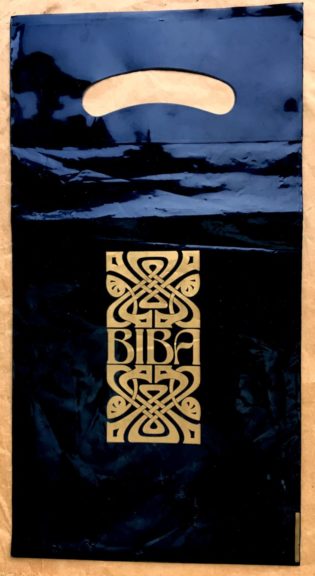 Sobeys announced they will stop providing plastic grocery bags by the end of this year. That didn’t bother us because reusable bags, forever. More interesting was the suggestion, seen on Twitter, that people should save a plastic Sobeys bag as a collector’s item. In the 1970s and 80s, several of my ephemera friends were active bag collectors, and I might have saved the odd one myself. So off to the vaults I went, and this is what I found.

Everything about this paper bag, from a long gone book store in Vermont, is great. When the bag was saved, back in the 70s, I thought it would look good framed. Maybe now is the moment. 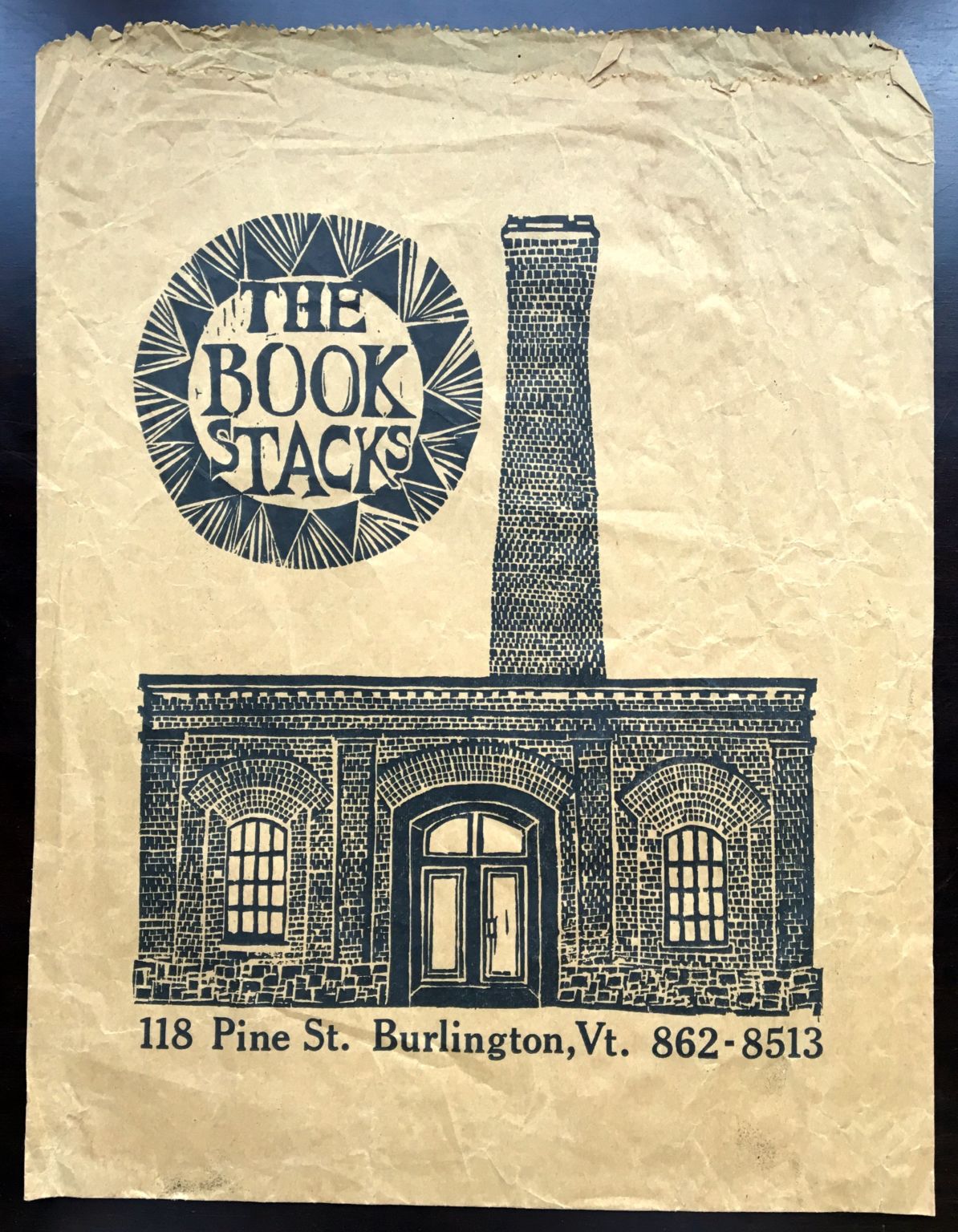 Goods Department Store, in Harvard Square, was too cool to be true in the 1970s, selling all manner of delightful do-das. I saved TWO of their bags, and it is fun to see how the fish design translated from early plastic to traditional paper. Both good. 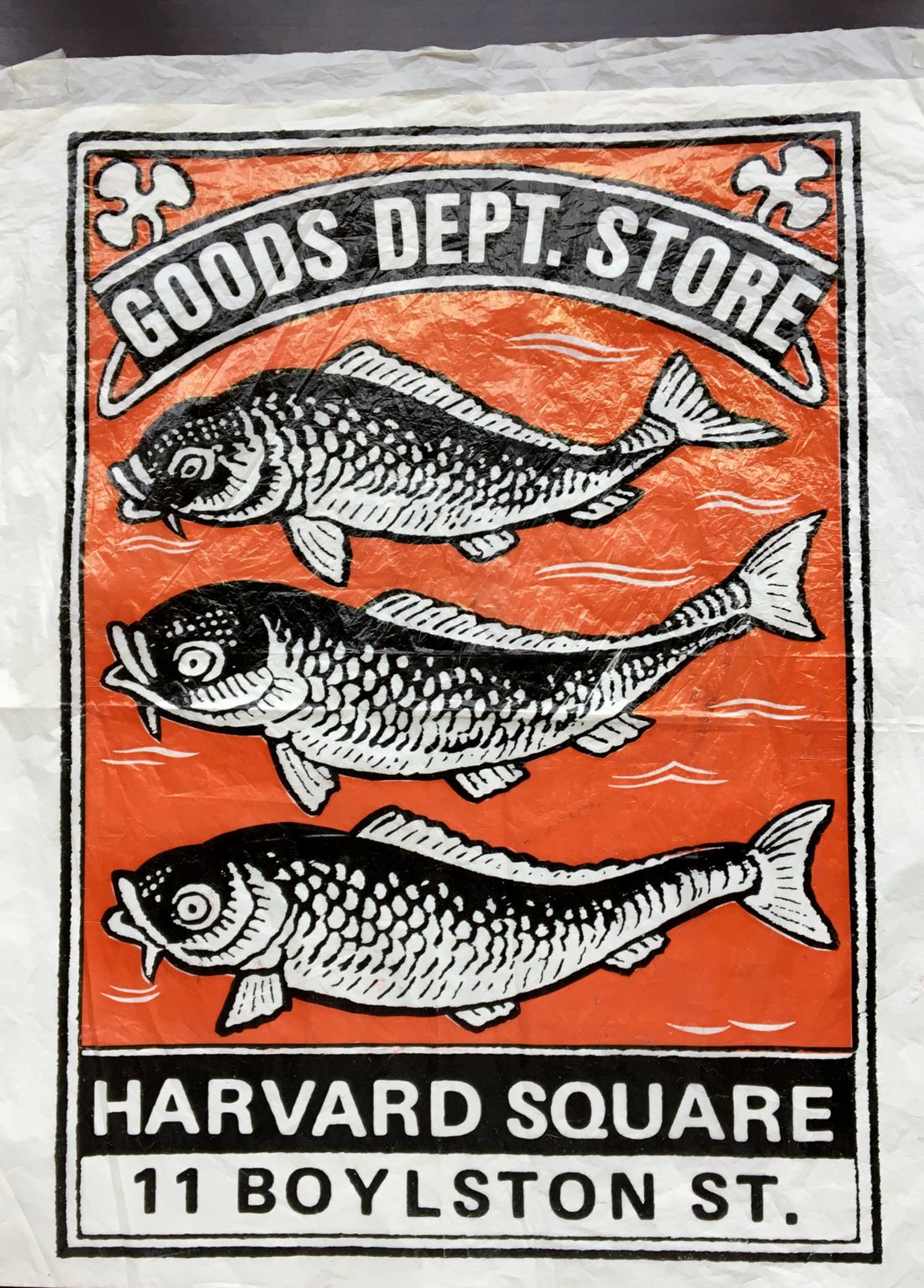 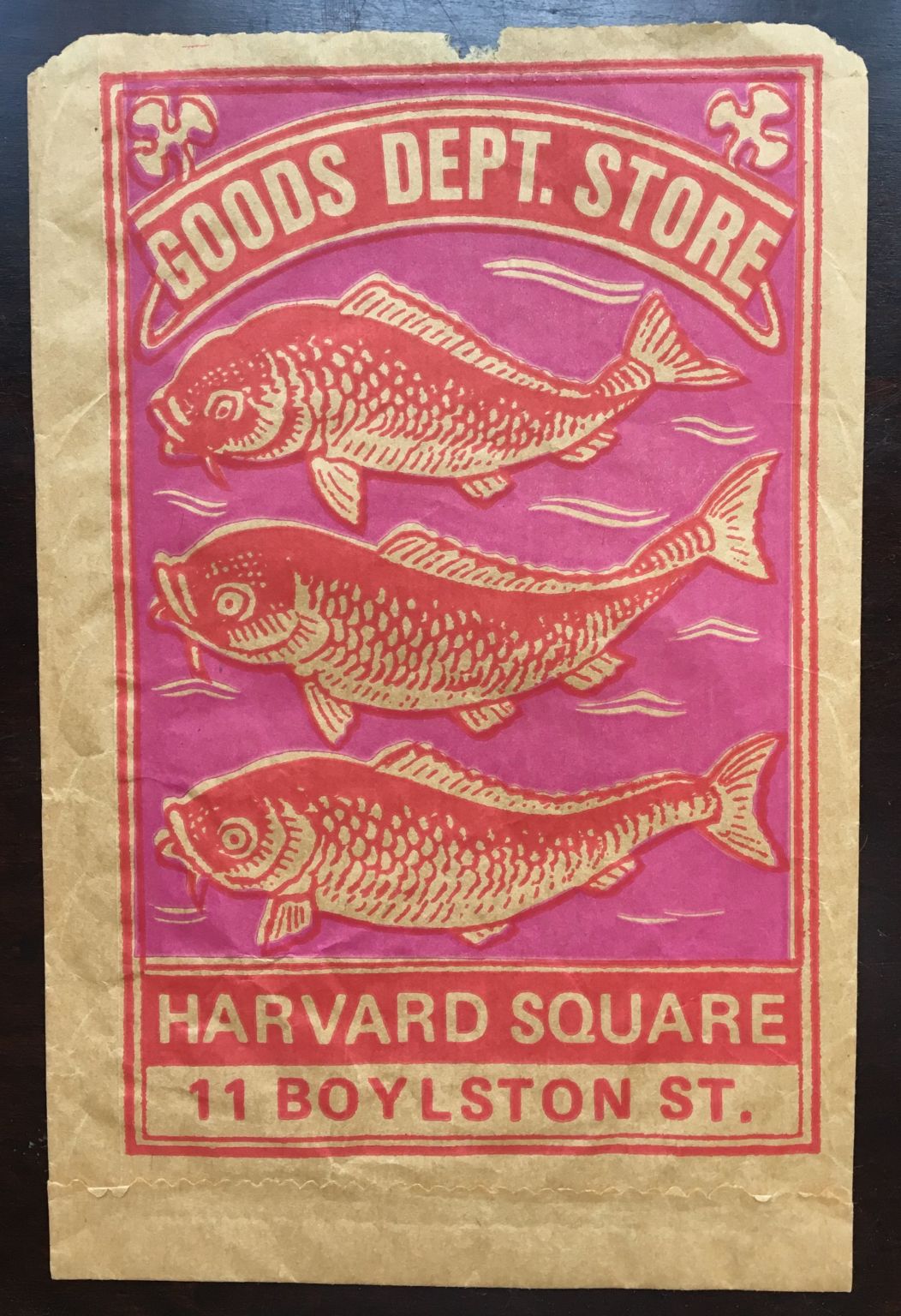 I don’t remember how I came by this sprightly little Tim’s bag, but it gives me more enduring joy than the product it was intended to contain. 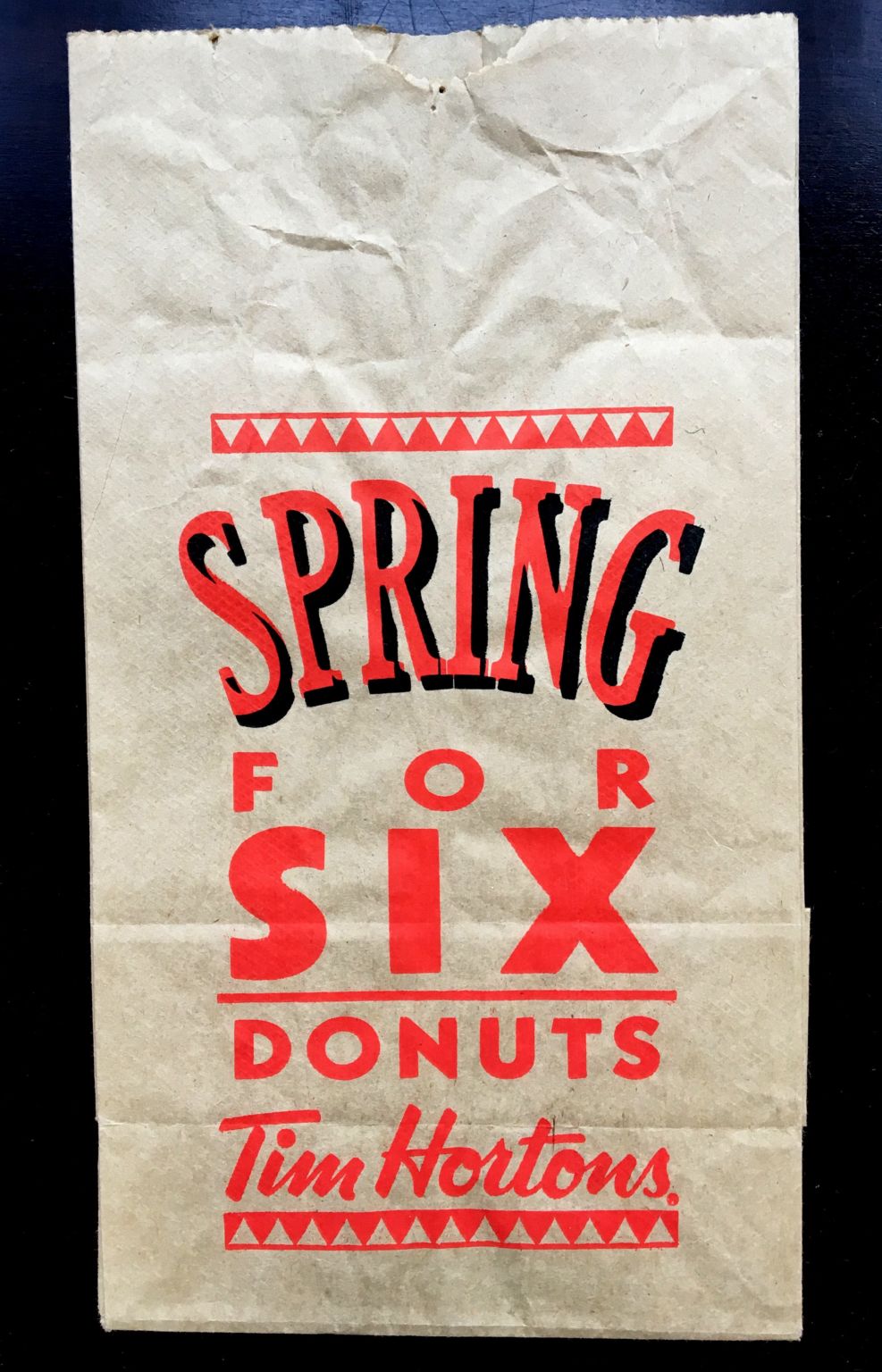 Forty years from now, the Sobeys bag you save today may be culturally significant, particularly if you attach the story of how excited people got about the elimination of plastic grocery bags. Then your world might be submerged in hot water, so it could be challenging to interest folks in your little treasure.

This bag is from Biba, a London department store that was the embodiment of a 1970s dream world, before it flamed out by the middle of that decade. Many people from my generation still have the time and inclination to remember the store with pleasure. 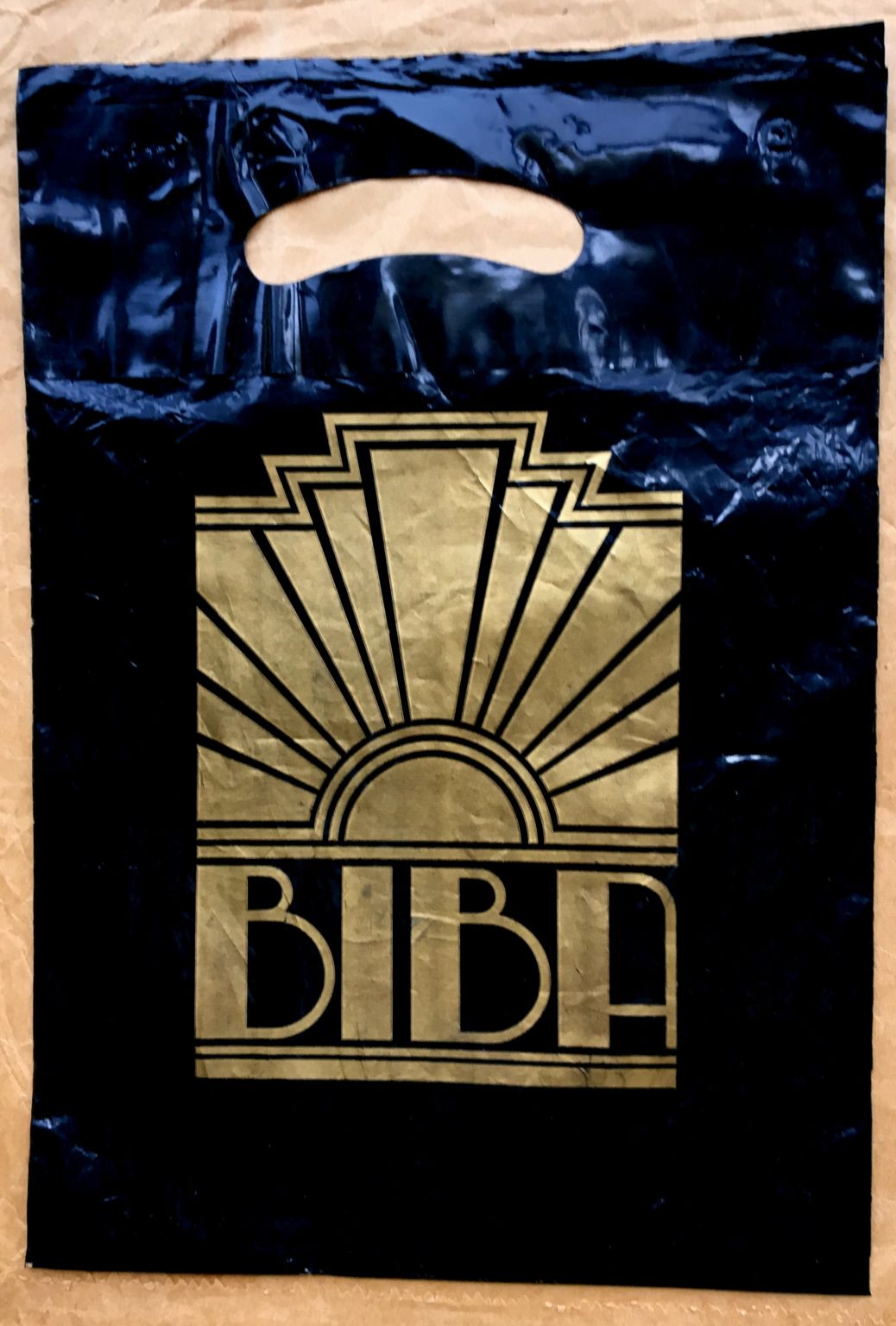 Hiawatha was saved, probably in the 1990s, because of the strong illustration, and because it was strange that Scotian Gold still used him as a brand. 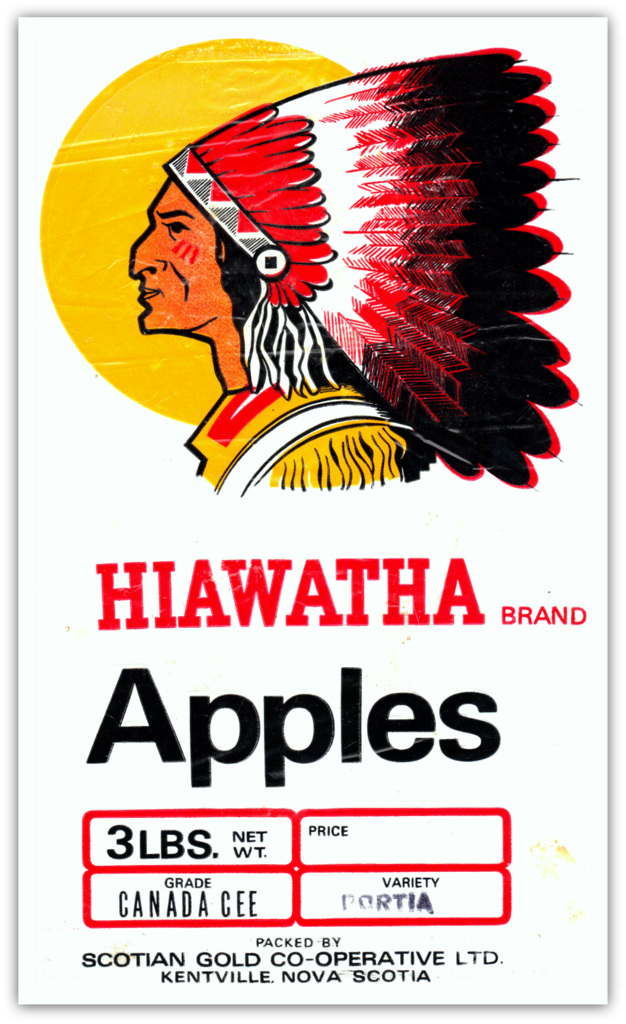 The Golliwog, a famous brand ambassador for Robertson’s Jam, also felt like it was from another time, when this bag was picked up in England in the 1970s or 80s. Robertson’s only officially ‘retired’ Golly in 2002. 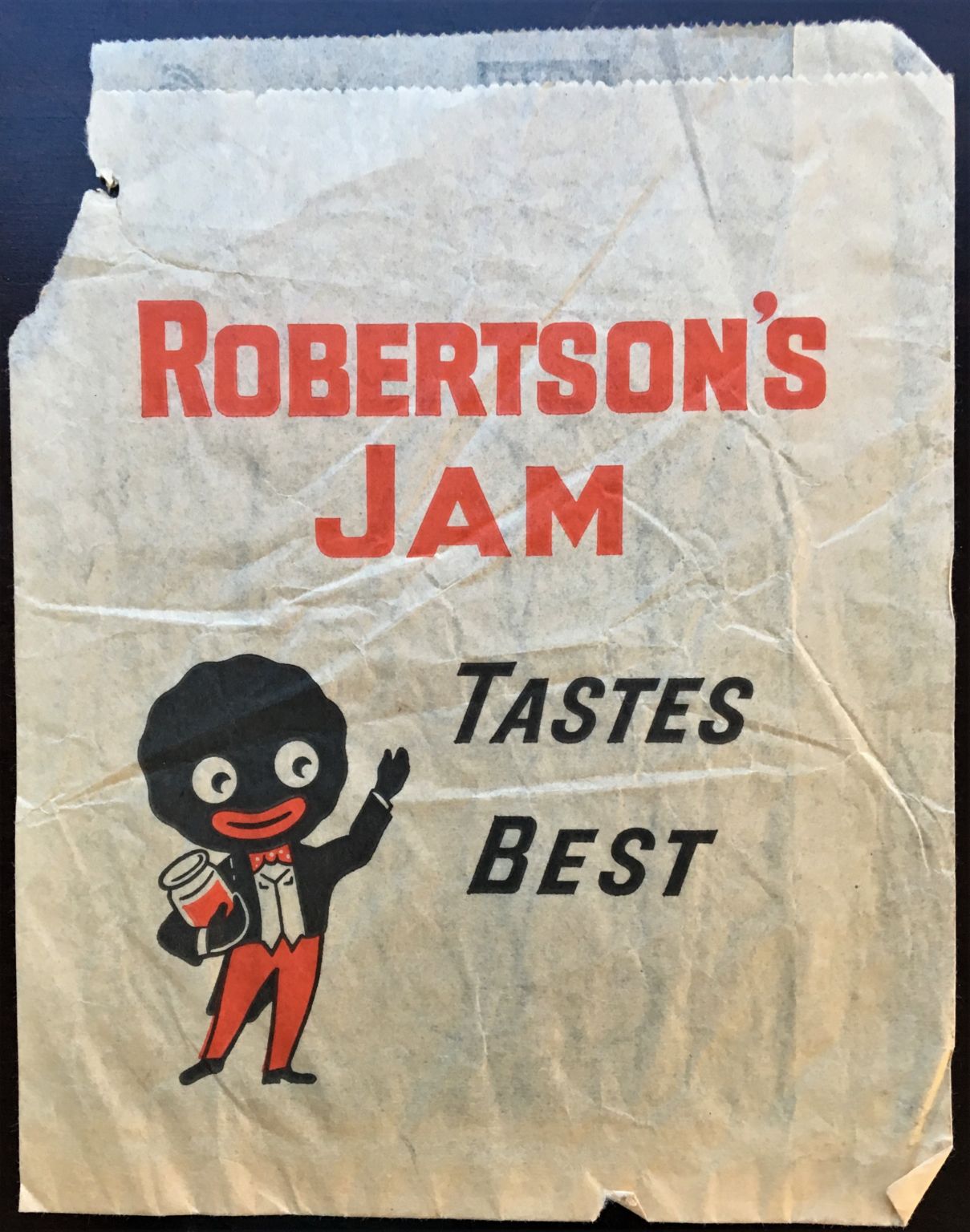 We have a box for bags that are too good to use for soaking up bacon grease on the way to the green bin. If we are lending someone a book, we’ll pull out a bag and it feels just a little more special. When I was preparing this post, I checked to see what we had in stock and thought the selection was good, and that generally local bag design has improved over time. 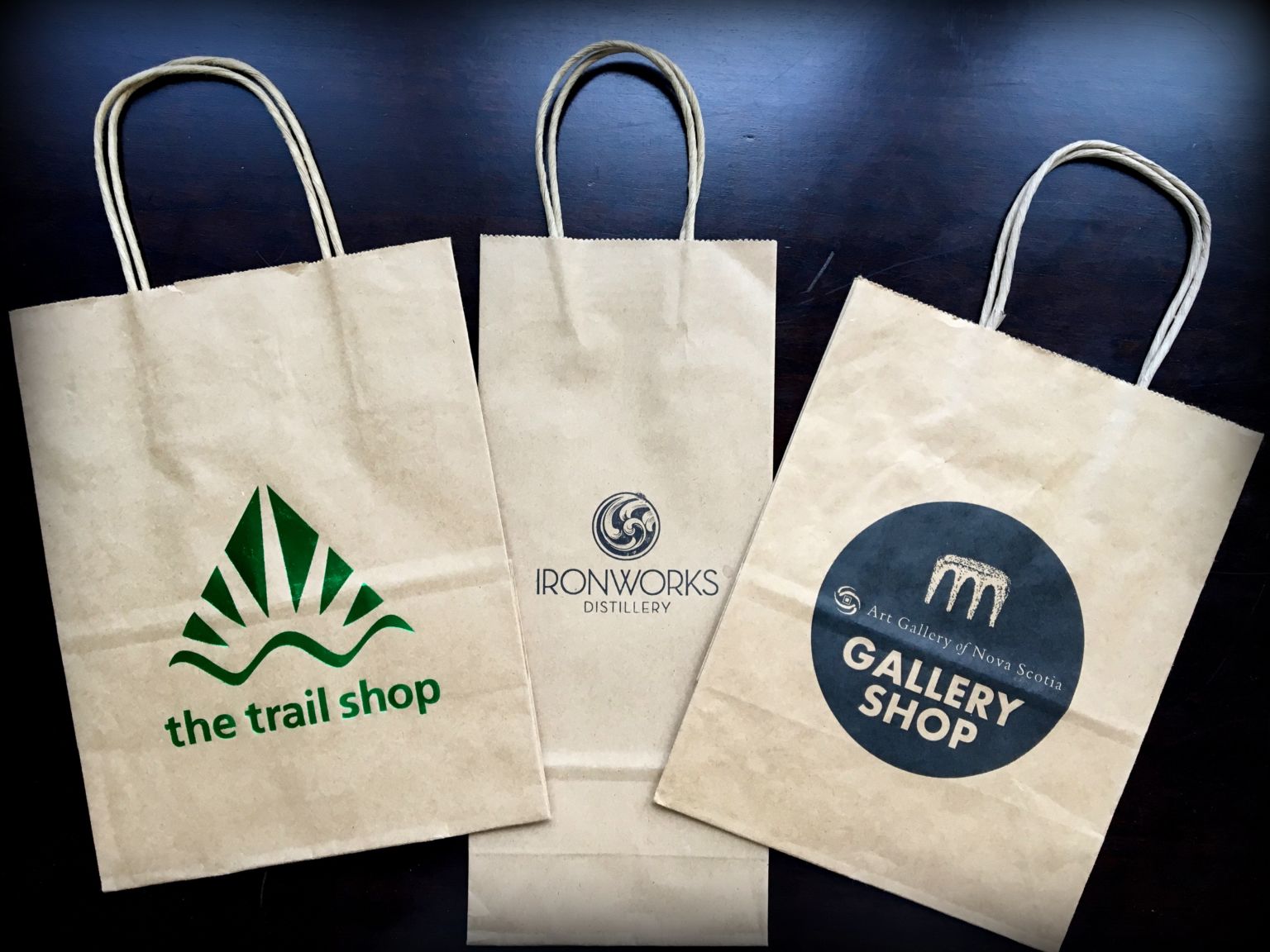 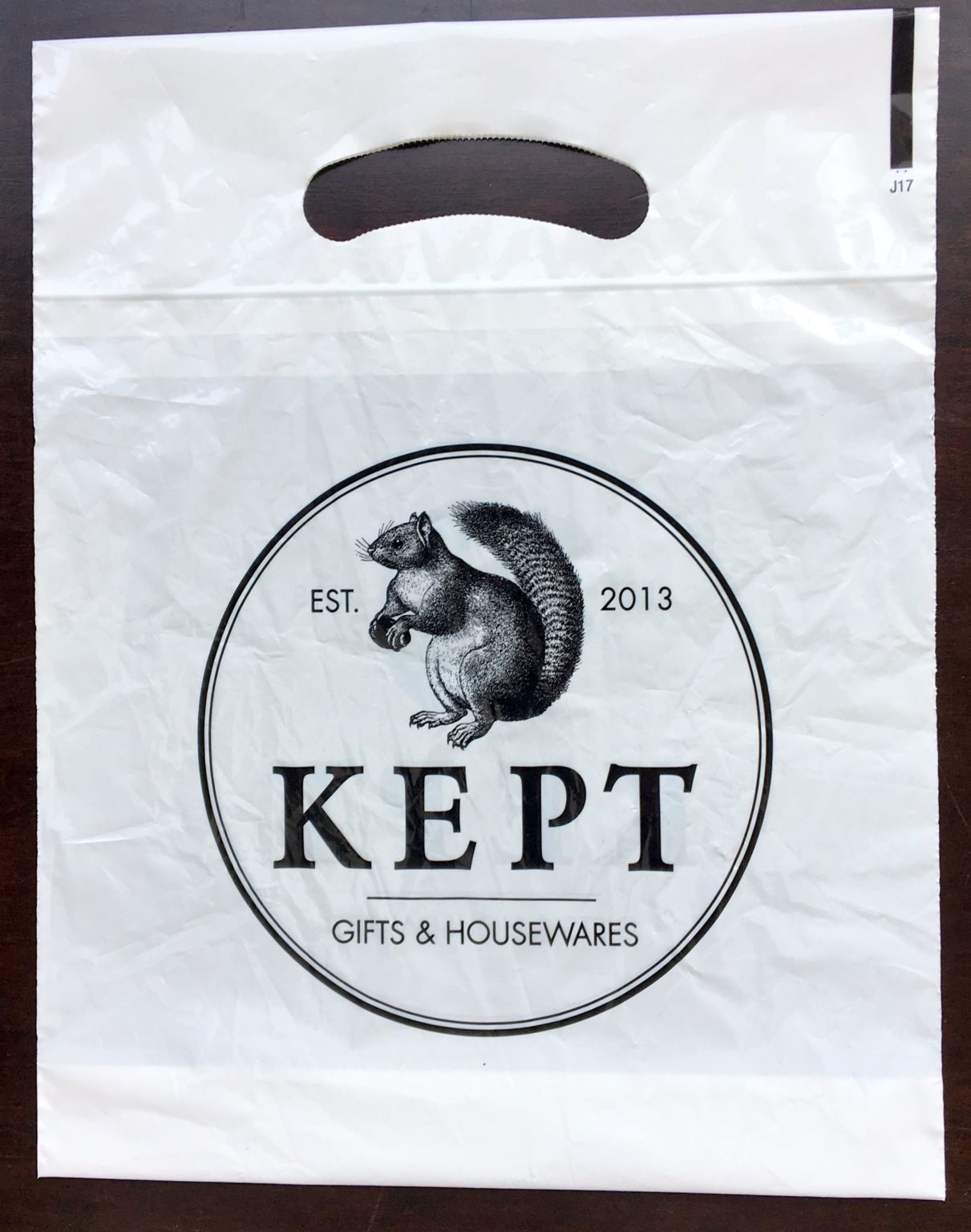 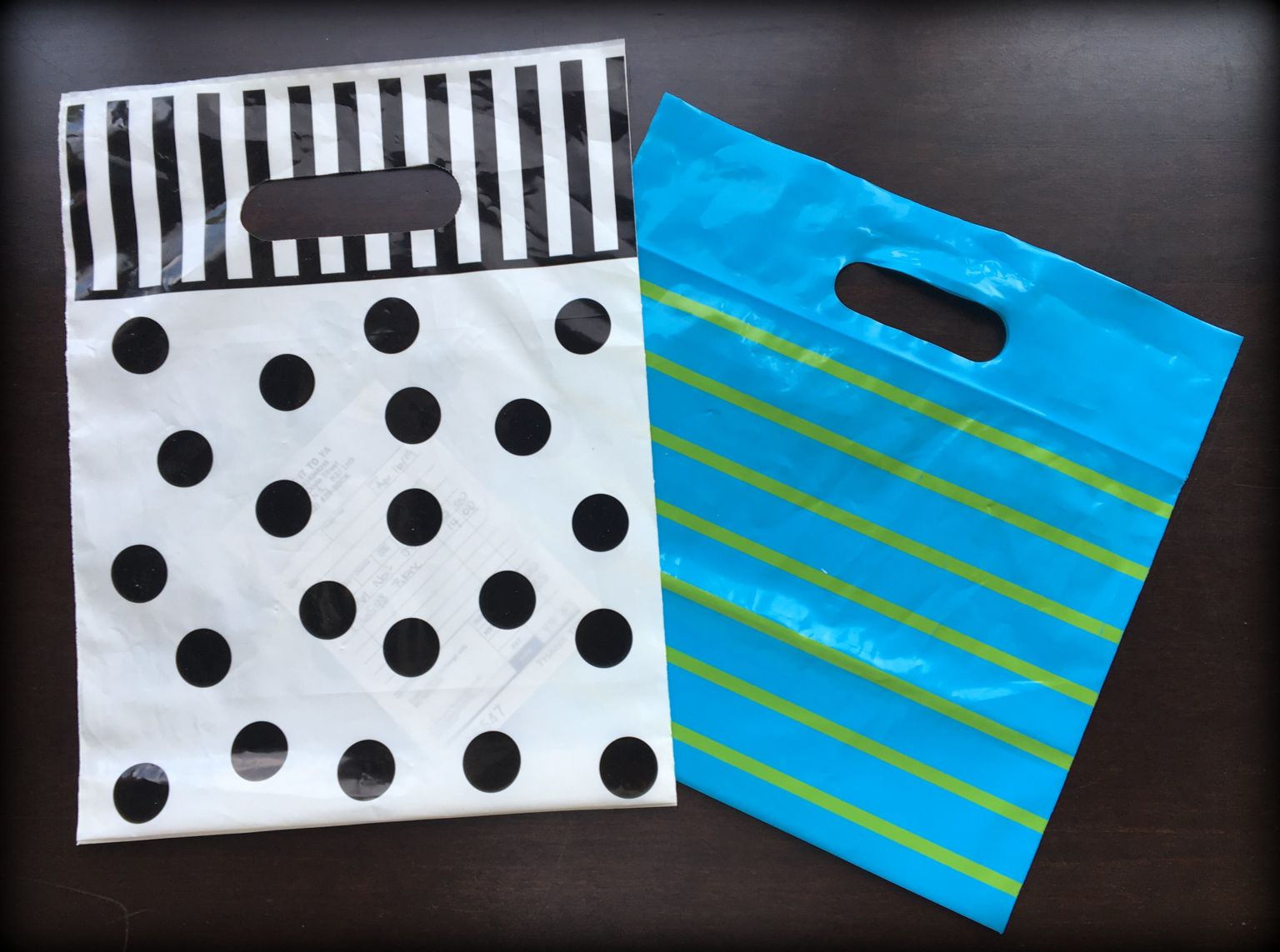 The polka dot bag still contains a hand-written receipt from Sock It To Ya.

And a very special bag in my collection is packaging for a short-lived local garbage bag company. In about 1973, I was visiting Peggy’s Cove with my friend Barbara and came upon a photographer I knew slightly. He asked us to stand next to the lighthouse while he photographed the impressive sunset. A couple of years later he sheepishly told me he had sold the image, and I was now a tiny silhouette on packaging for the “strongest Tuffy ever.” 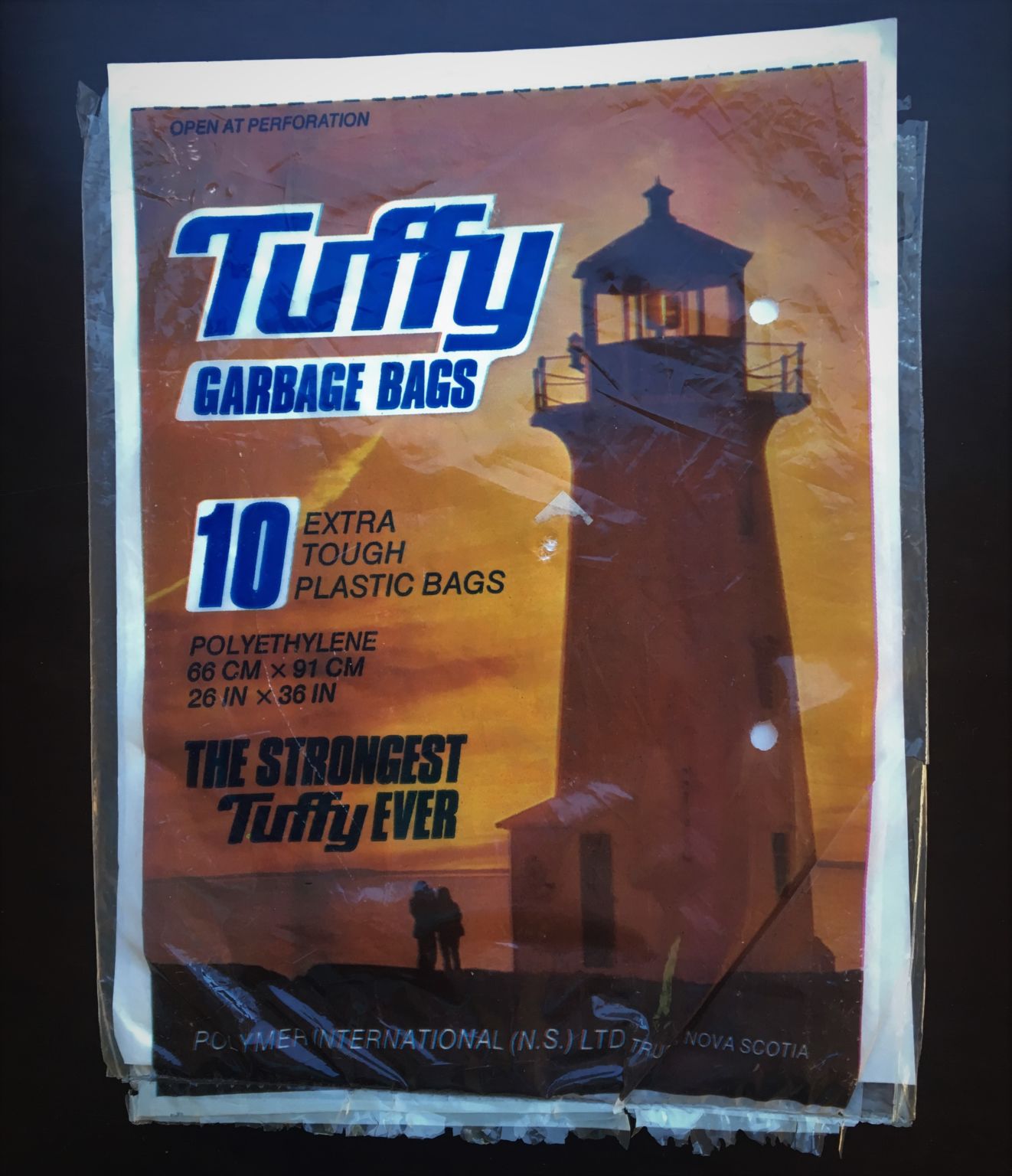