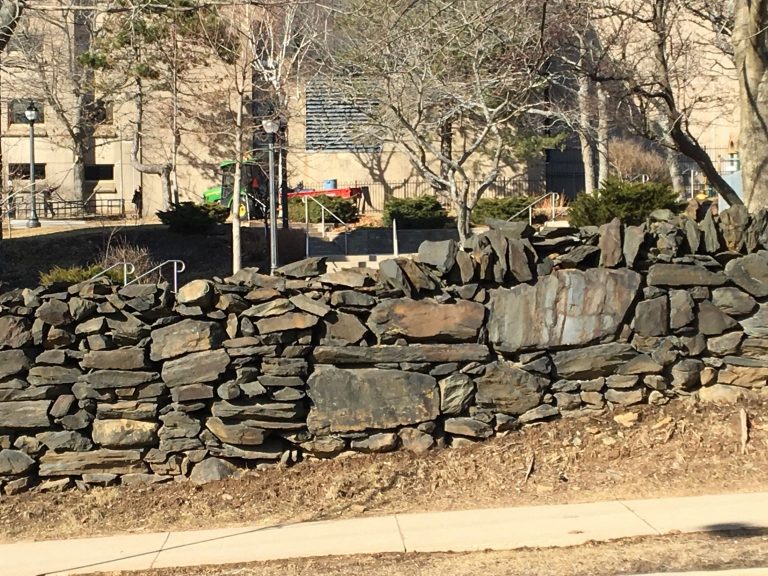 The last blog introduced old stone walls of Halifax that were mortared together. This post features my favourite wall: dry laid stone, what you get by just piling rocks with a little care and attention.

The peninsula of Halifax and surrounding mainland were once criss-crossed by stone walls. In this 1801 illustration you can see that wall-lined fields separate the ladies and cattle on Fort Needham  from Brunswick Street (St. George’s Round Church) and the Citadel in the distance.

Nearly all traces of these field walls were destroyed as the city gradually expanded, first north and south of the 1749 town site, and eventually jumping over the great barrier of the Citadel and the Common lands. But you can still get a feeling for the earliest walls by visiting the Little Dutch Church on Brunswick Street. 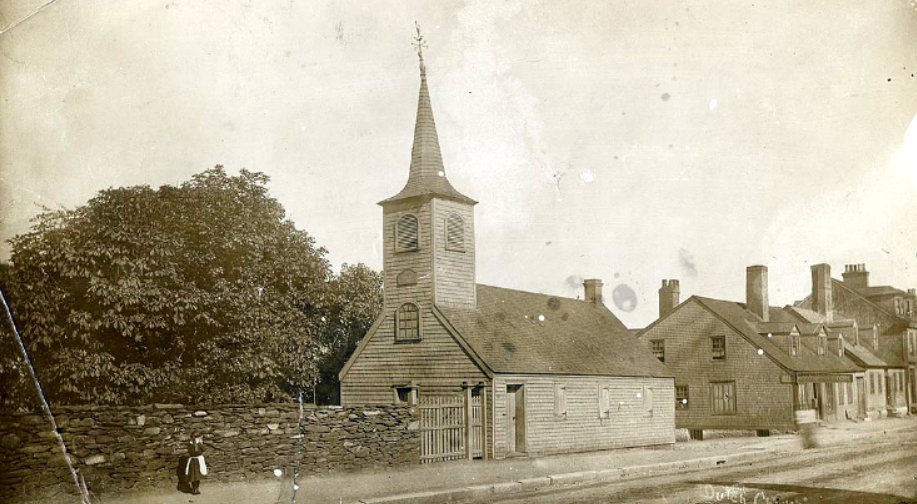 Built in 1758 , the church is one of the oldest buildings in Halifax. I suspect there have been walls around its large associated cemetery for much of that time. The walls you see today have probably been rebuilt several times, but using the same material. Field stone, like this, can be re-stacked over and over again; the ultimate recycled material. 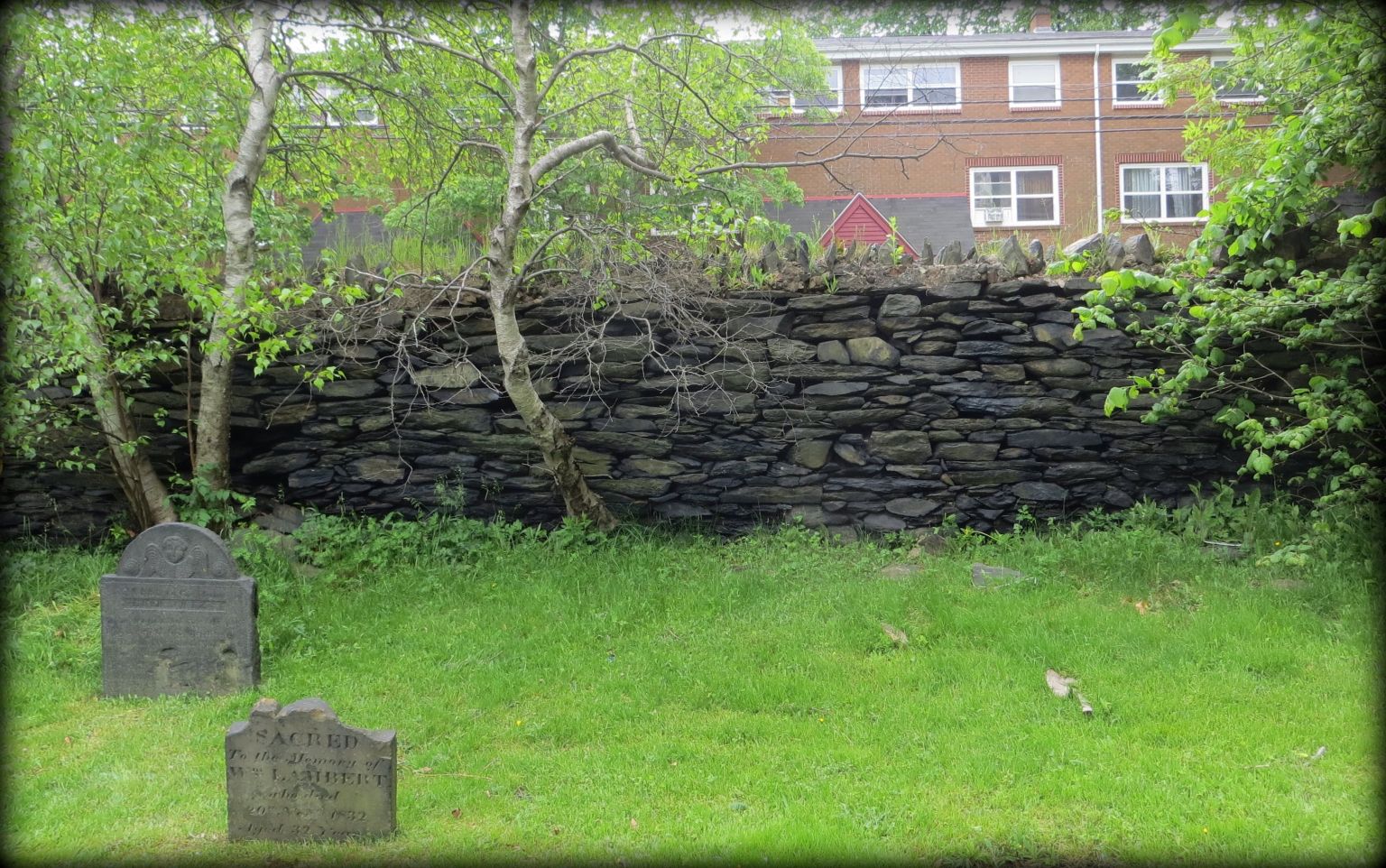 The Brunswick Street wall of the church yard is one of the few landscapes an eighteenth-century Haligonian would still recognize.

In old Halifax, many suburban roads were edged by long walls, like you see in this view down South Street from Queen, painted in 1841. A few years after this painting, houses were build on the land to the right. Stone from the walls could have been used in their foundations.

Some of our most extensive stone walls are associated with large estates that were once at the edges of the peninsula. A wall on Jubilee Road may be a memory of walls associated with Rosebank, a 28-acre dairy farm that stretched to Quinpool Road. The sandstone gate posts for the farm are 19th century. 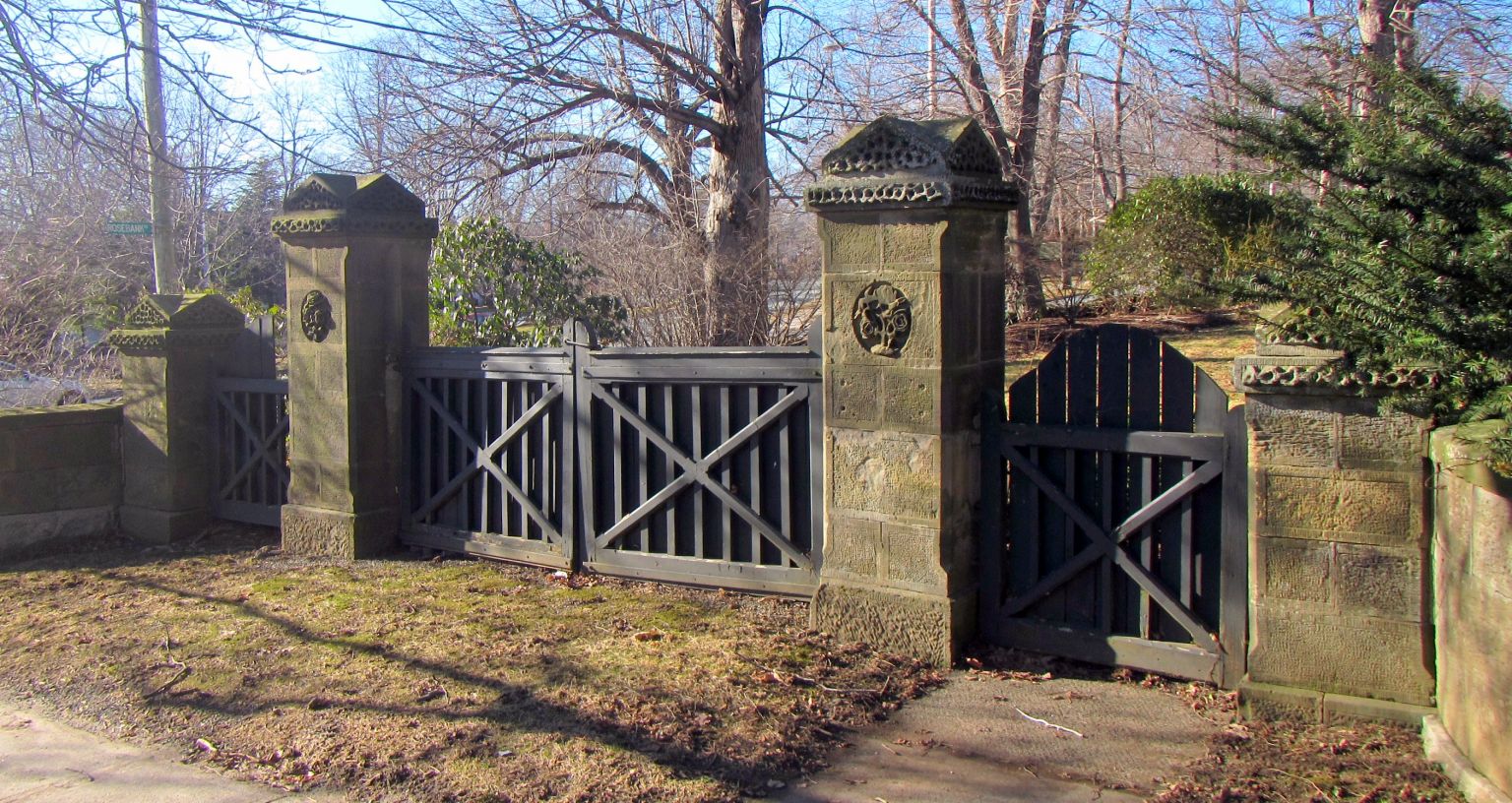 The beautifully maintained ironstone walls to Rosebank probably date from the early part of the last century. Wall building in Halifax is a trade long practiced by members of the local black community. 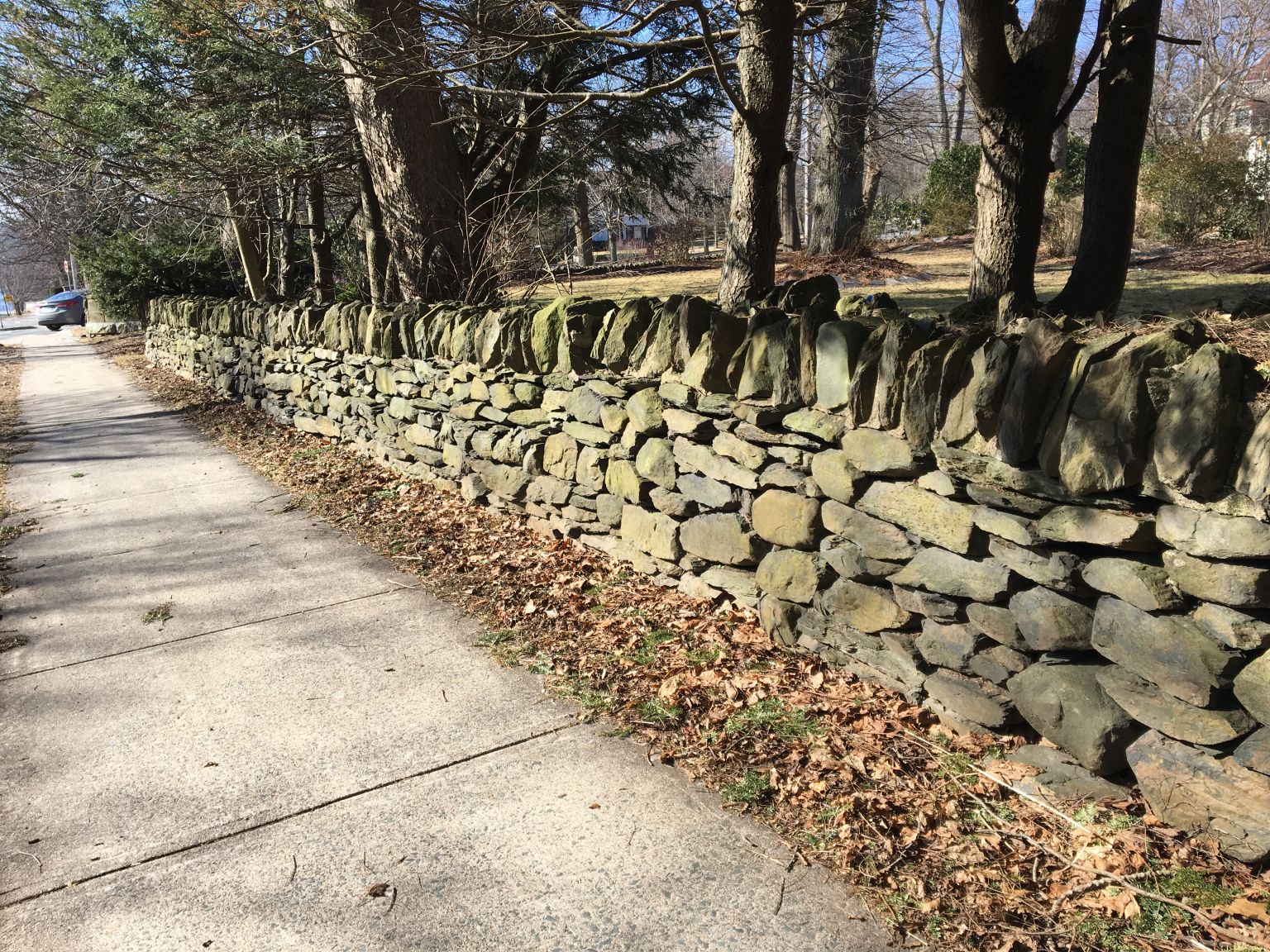 The longest dry laid stone walls in town surround much of the Studley campus of Dalhousie University. The present walls appear to date from around 1915, when the railway cut was being blasted through the South End. Much of the stone from that project was dumped in the Harbour to make the new deepwater port, but some, apparently, was used for these walls. Dalhousie had recently bought the Studley estate and the new walls would have made a statement. They still do. 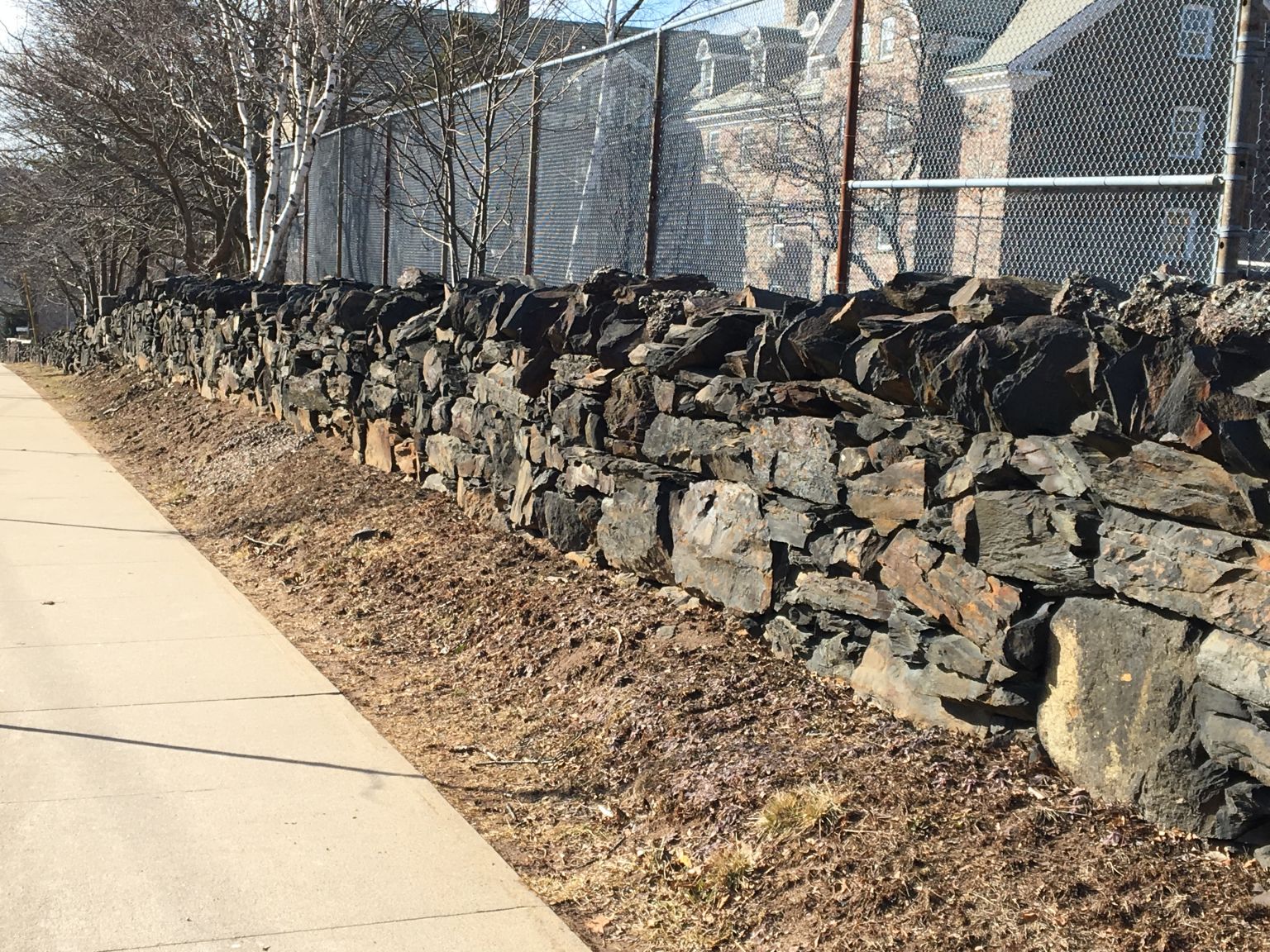 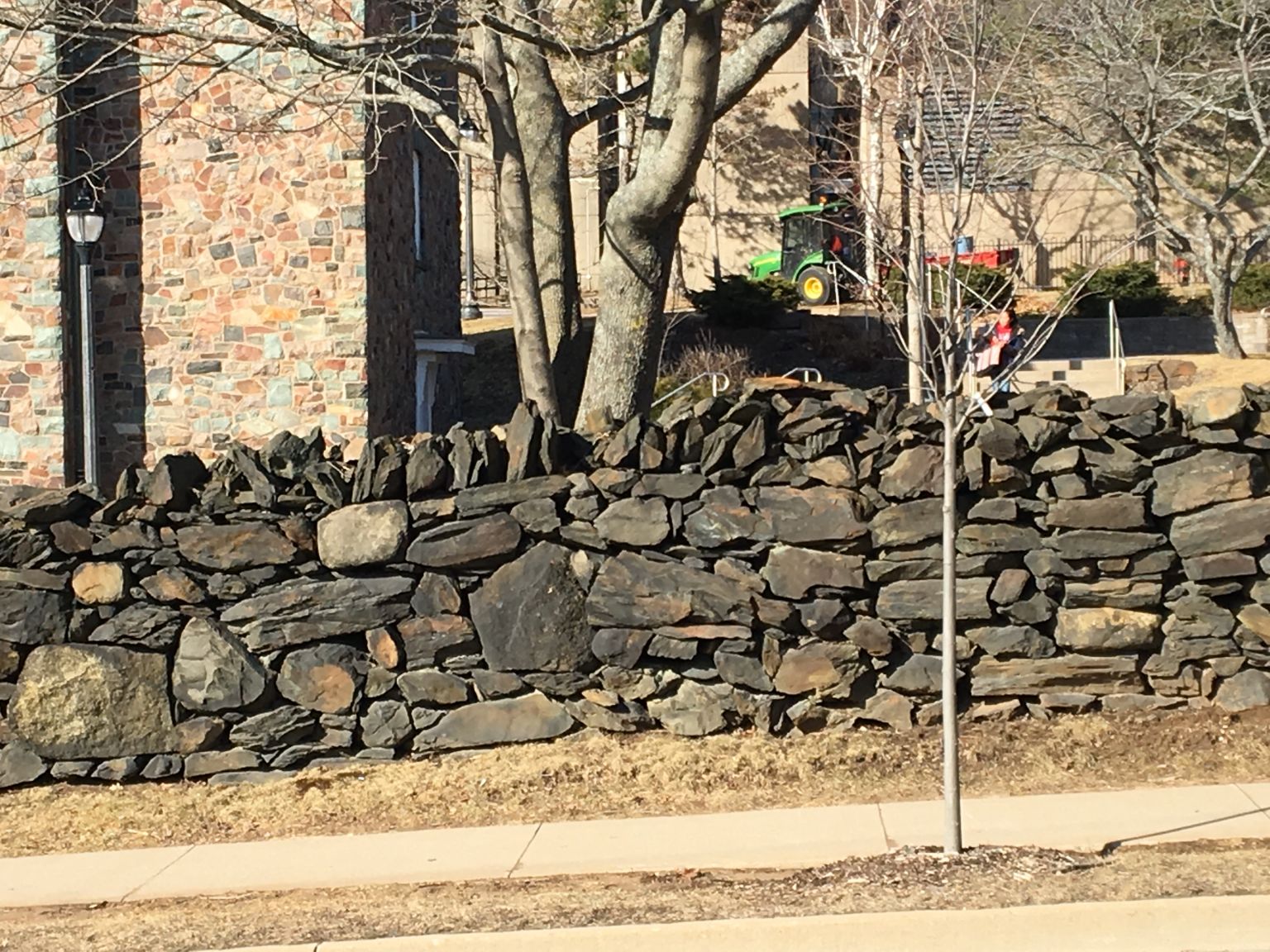 For an ancient wall experience, visit Spryfield and walk the picturesque trail behind the Captain William Spry Community Centre towards the Urban Farm Museum. As you climb the slope, collapsed walls are clearly visible, although now they are just ridges of scattered stone. Maybe they were once around Captain Spry’s fields. 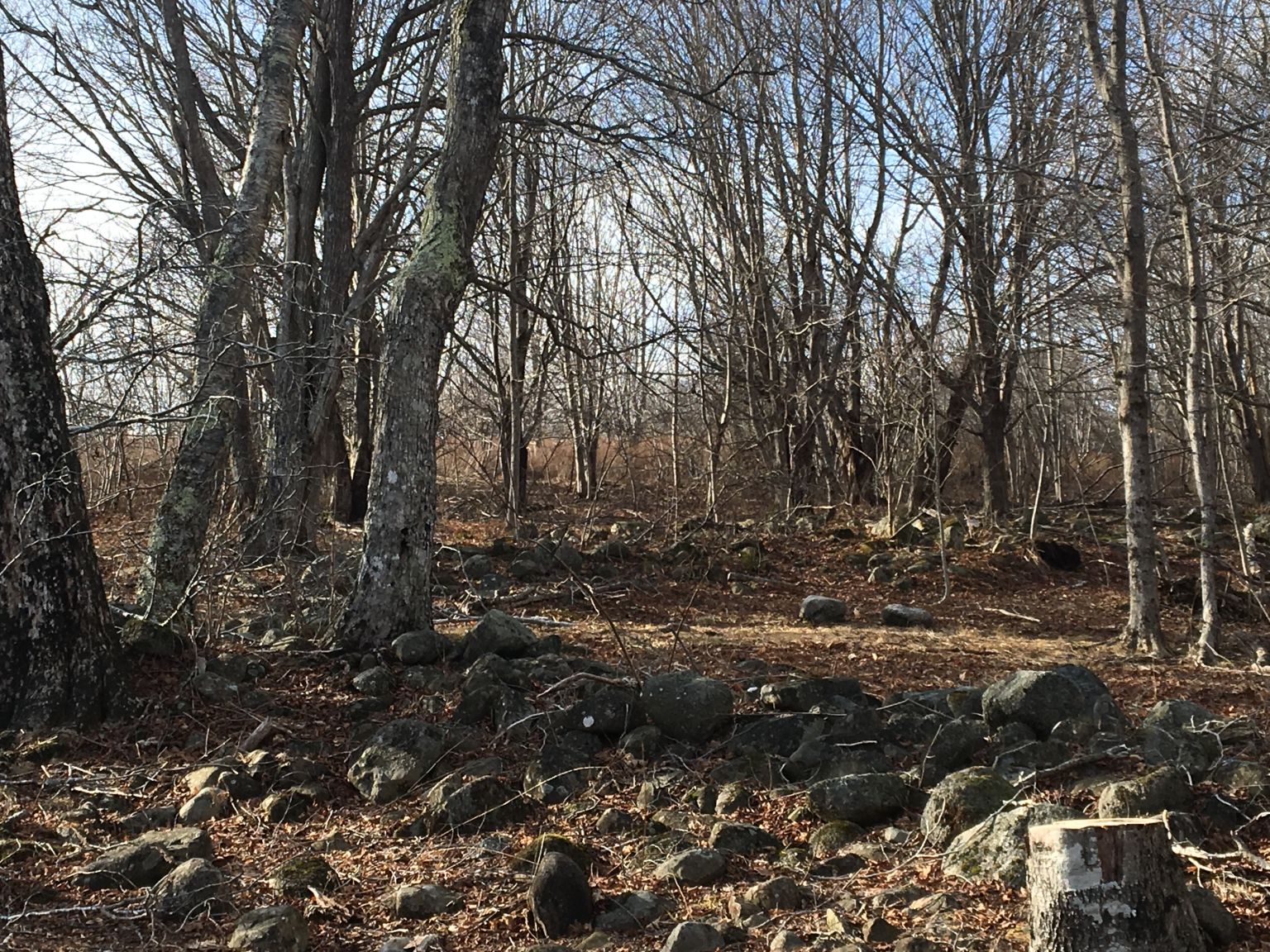 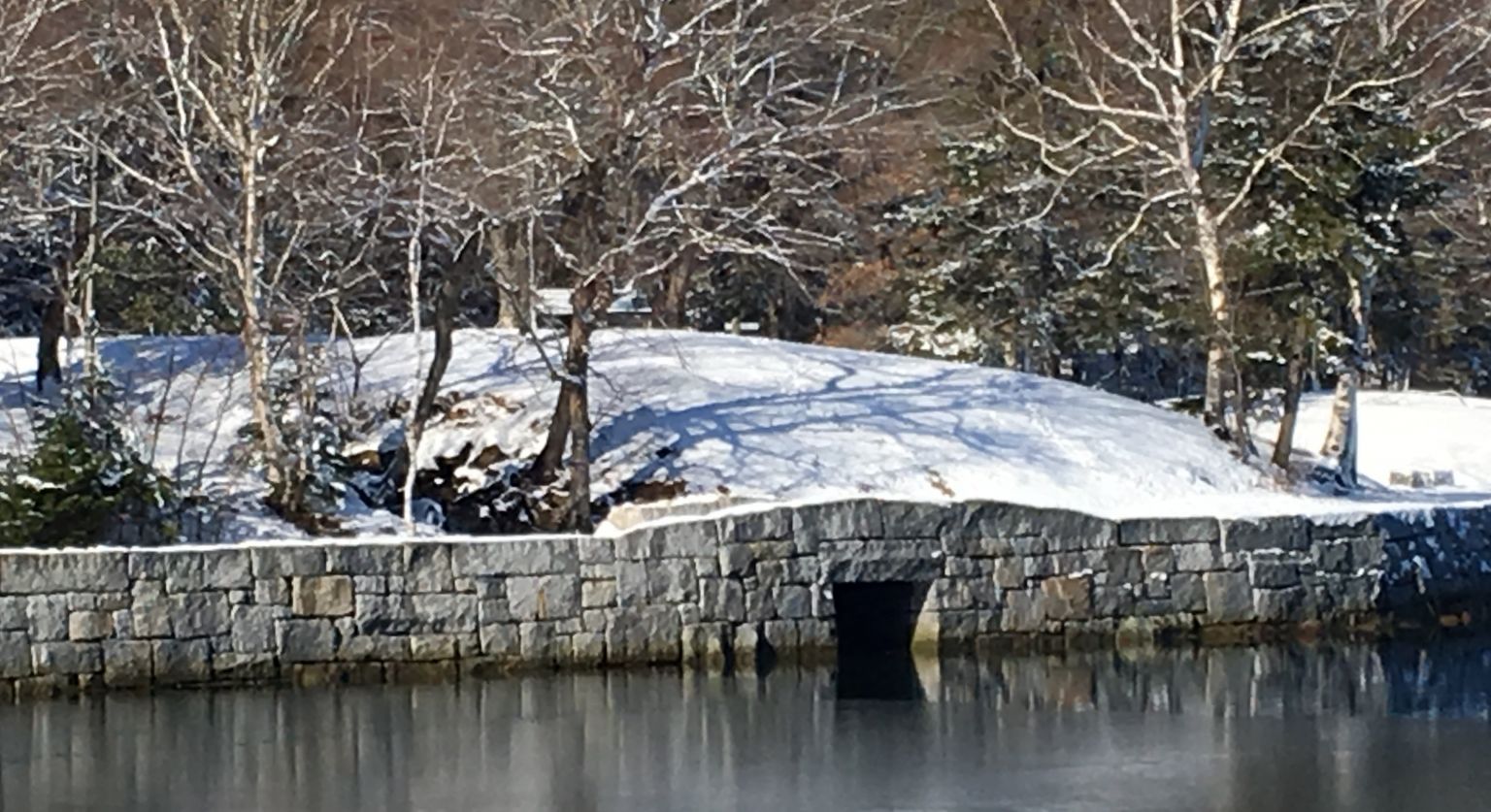 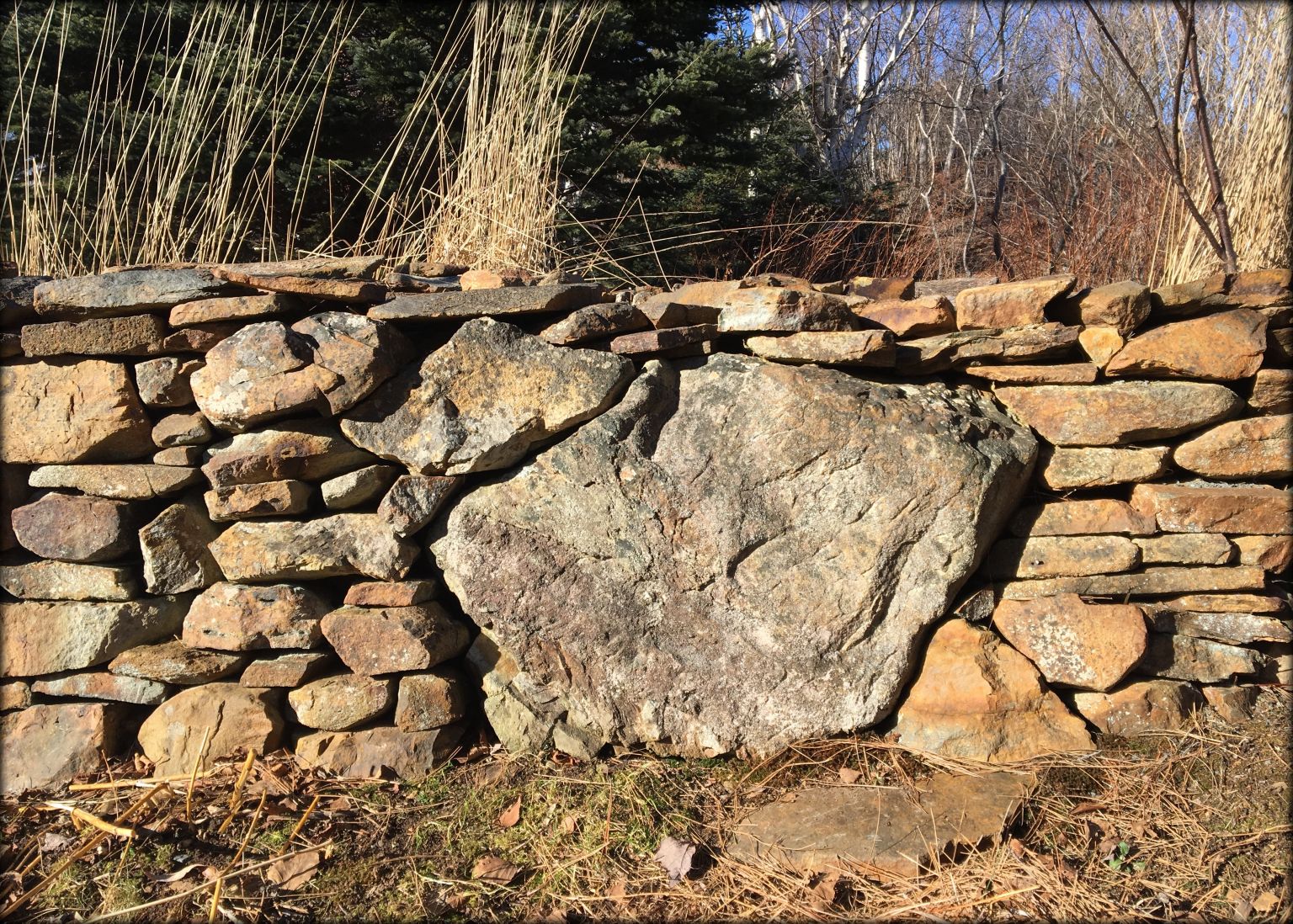 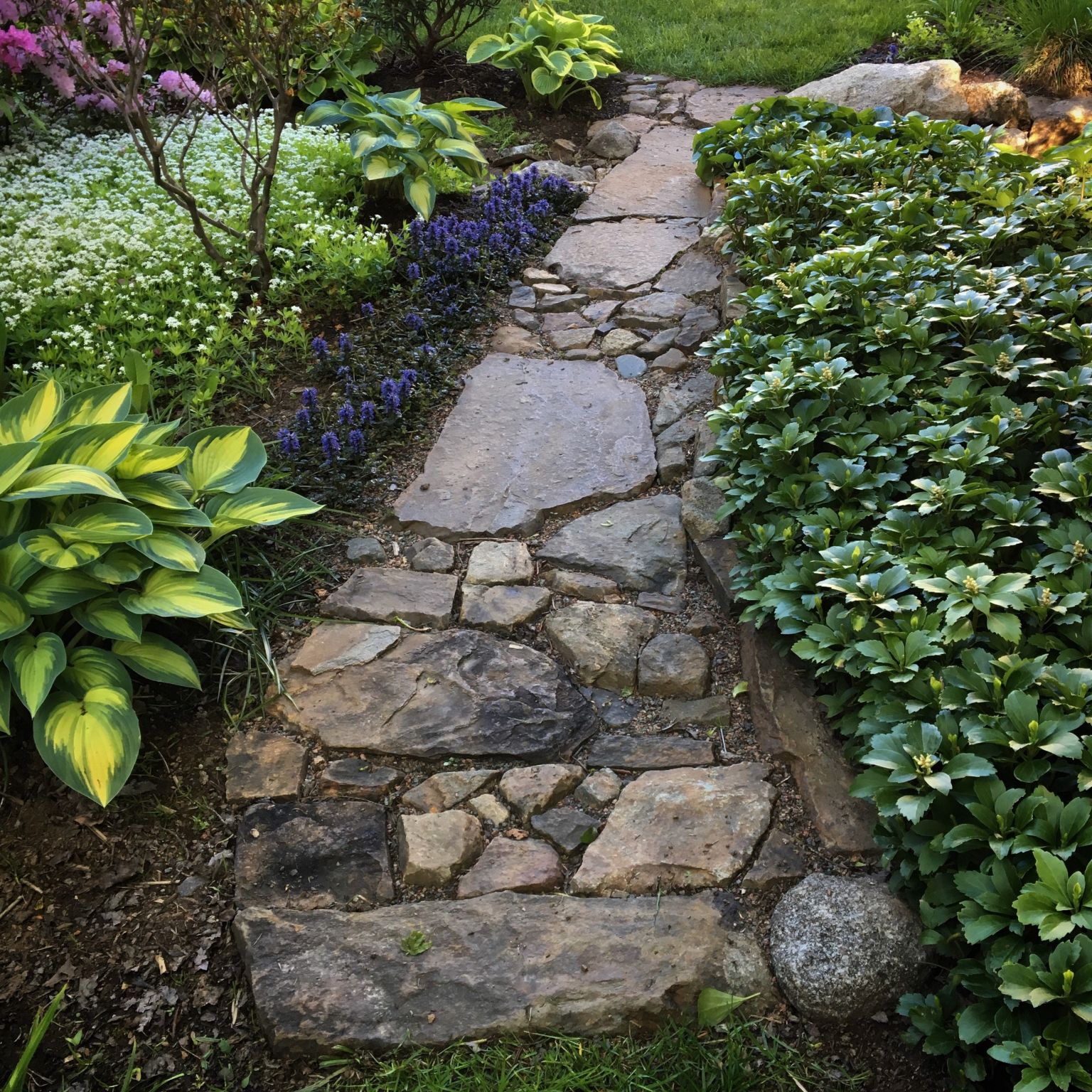 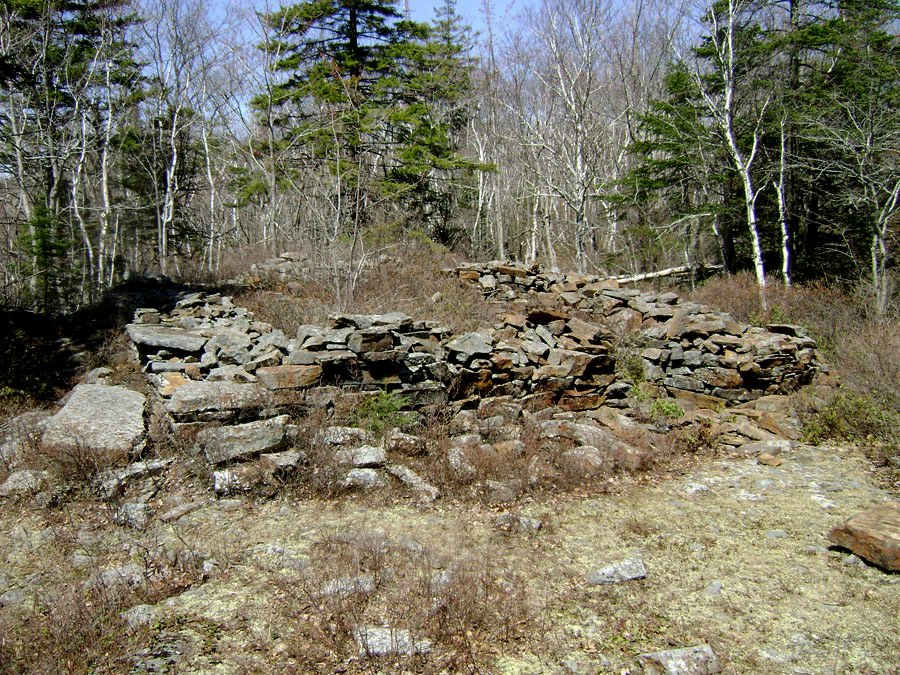 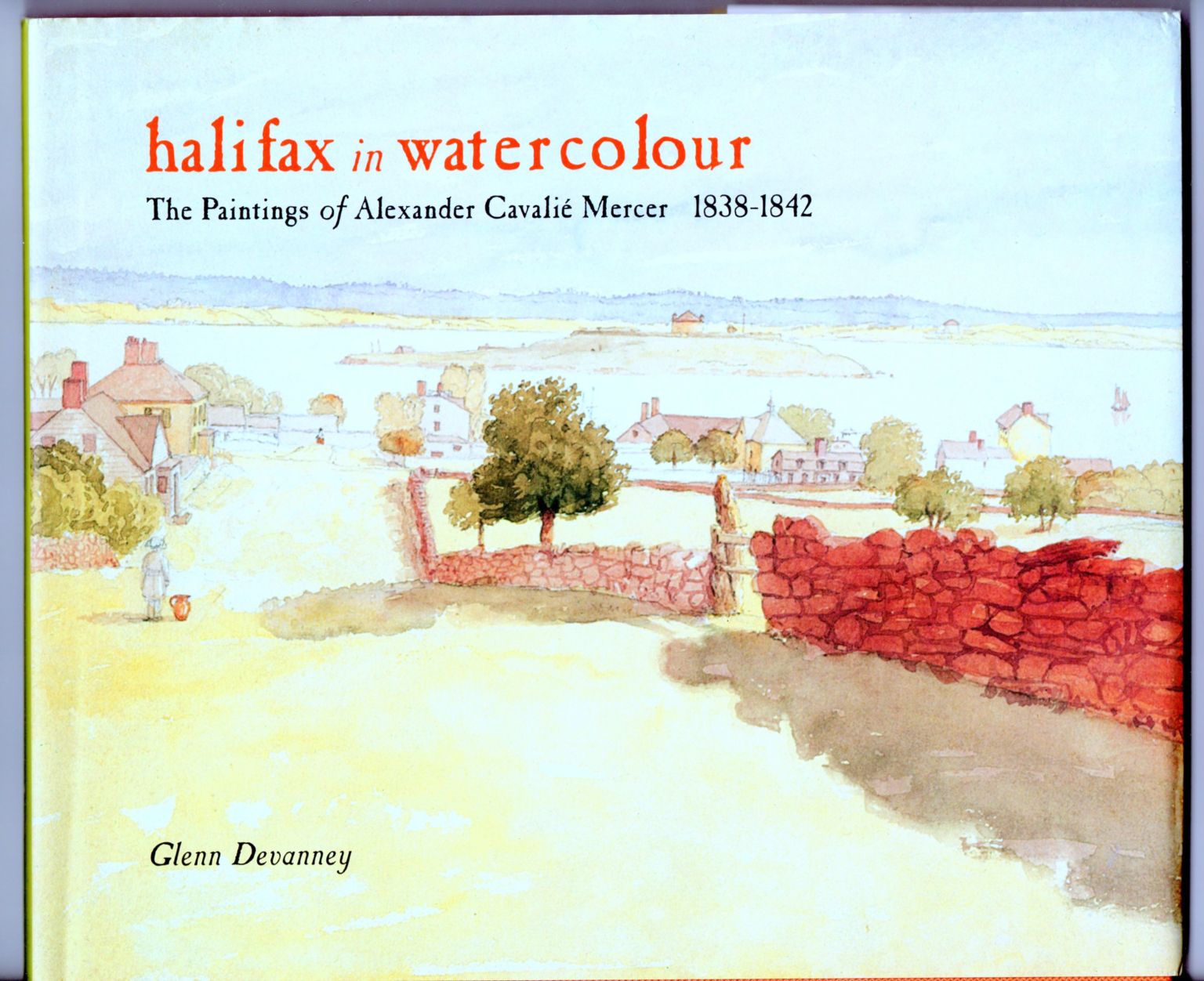