Do you listen to the spirits? For a while I have been thinking about writing a blog post on the design known as Greek key, but was in no hurry. Then last week while digging in the garden near an old stone wall I turned up a shard of 19th century ceramics with Greek key pattern. Felt like a sign to me. 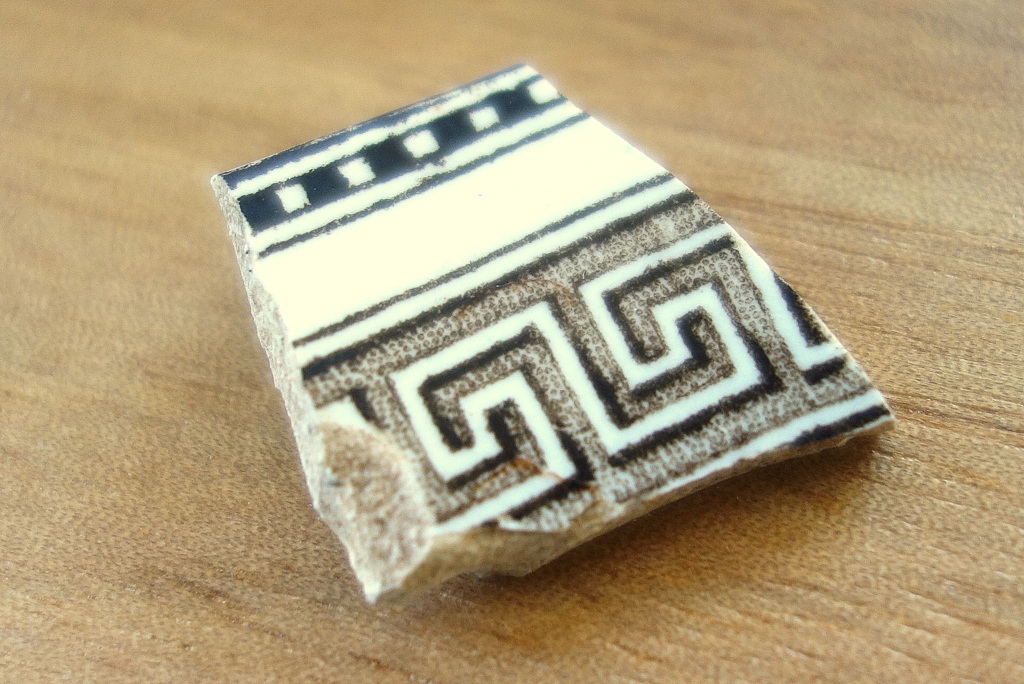 Before I started to assemble photos for the post we went to meet my blogging colleagues for a drink at the Lord Nelson. The railing that surrounds the hotel foyer has a band of Greek key. Be still spirits, I’m on the case. 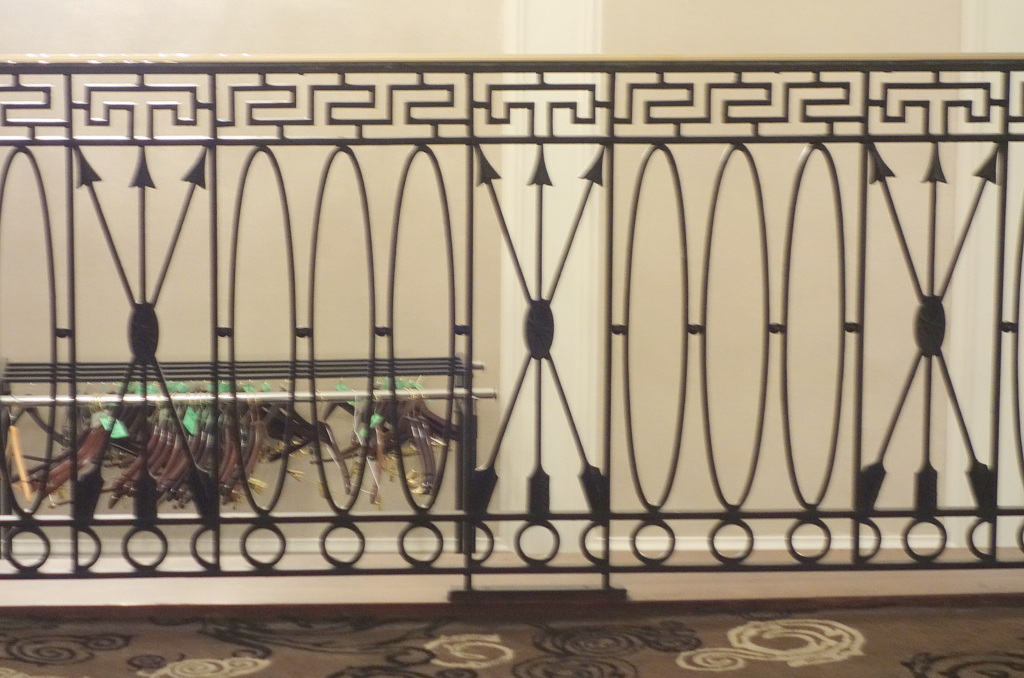 If you were not familiar with Greek key, you are probably getting the idea by now. It is an ancient pattern that comes in many variations. In the west it is associated with Greek and Roman arts and architecture and is often found on buildings inspired by classical design. Here it is looking appropriately ancient on the crumbling terracotta facade of the 1911 Pacific Building on Barrington Street in Halifax. 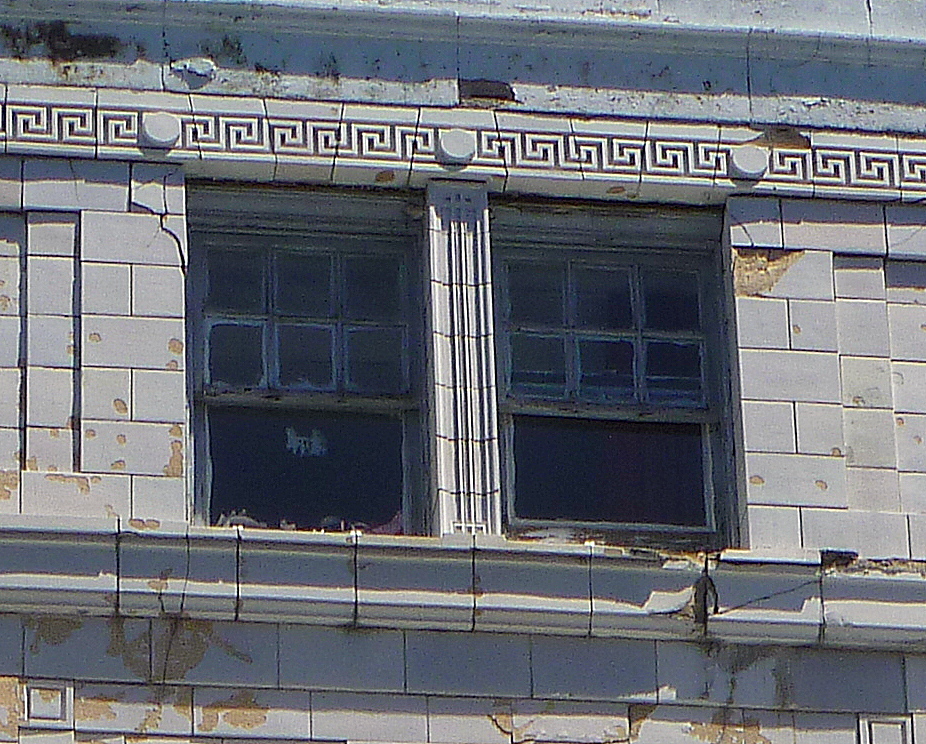 Look way up on the 1889 Halifax City Hall and you will see a band of keys below that folksy, old, civic coat of arms. 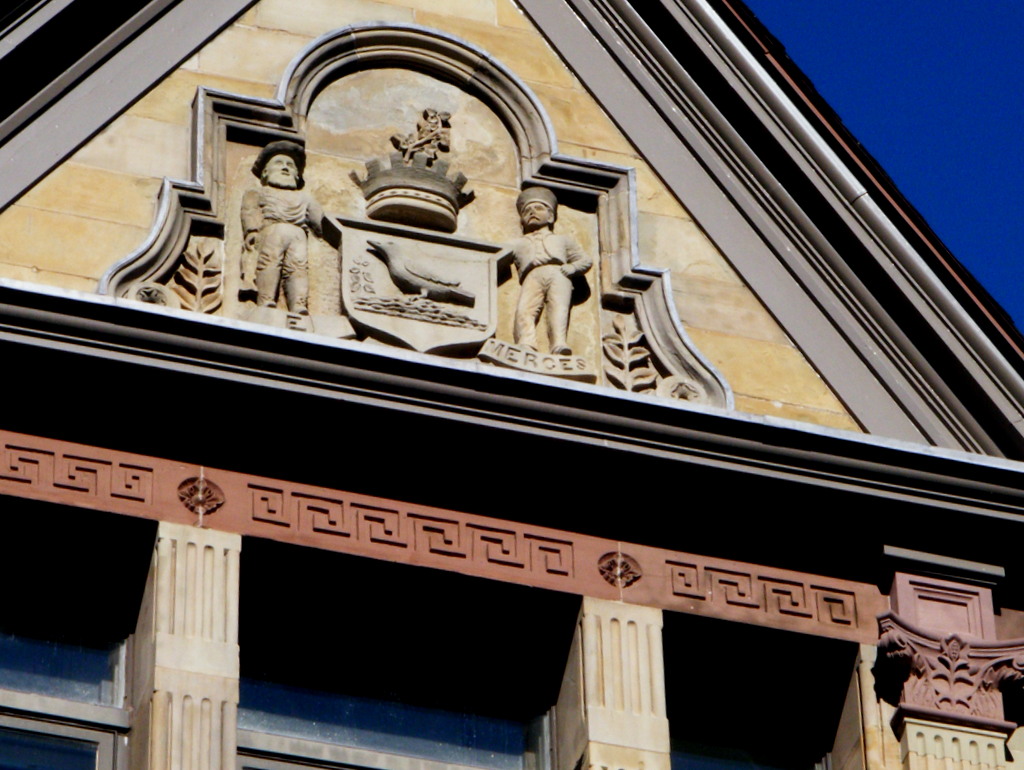 In the c1880 Carmichael-Stewart House Museum in New Glasgow, you need to look down to see the key pattern inlaid in coloured wood on the floor. 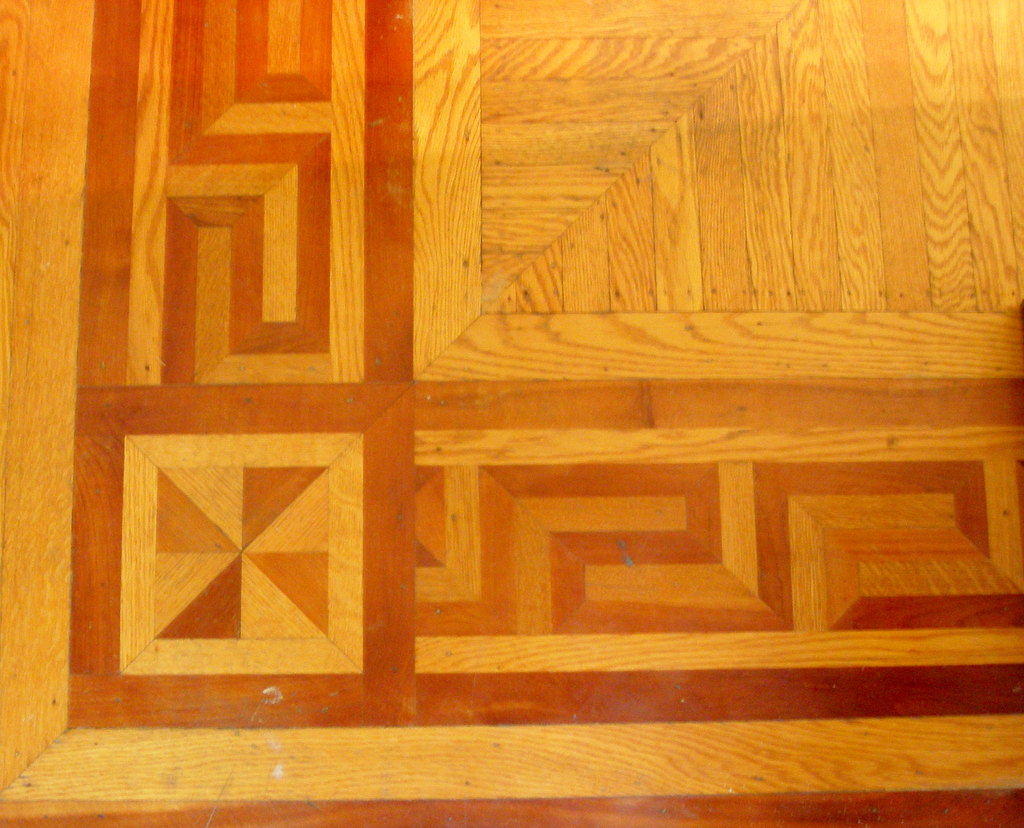 Cemeteries have so much to offer in the visual delight department. Last summer when we stopped in the beautifully sited cemetery in Advocate, I realized there was a wealth of Greek key decorating stones. Here are just a couple of examples. The double F in Duff is a nice echo of the keys, don’t you think? 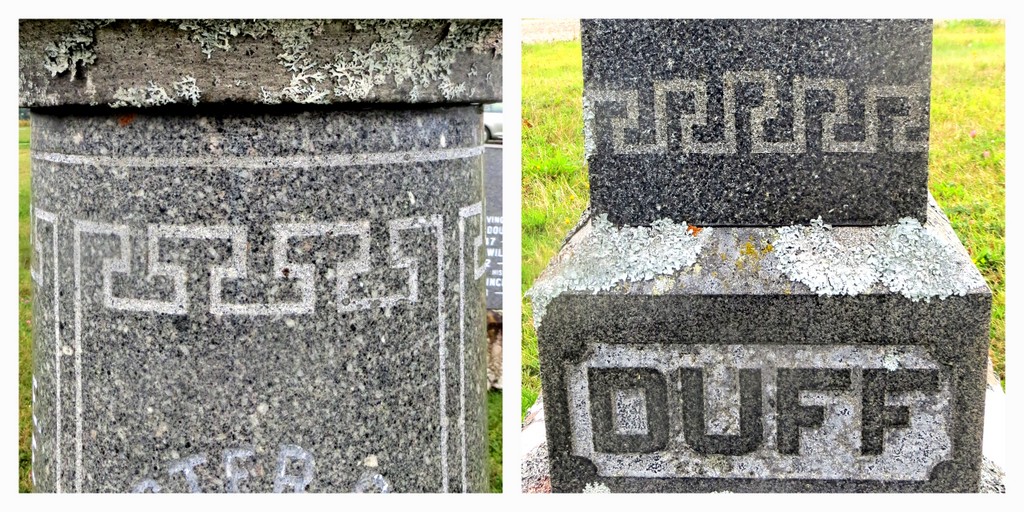 In the big cemetery in Sackville, New Brunswick, I was in rapture to come upon a large cast iron monument with inset stone panels for the names and dates. 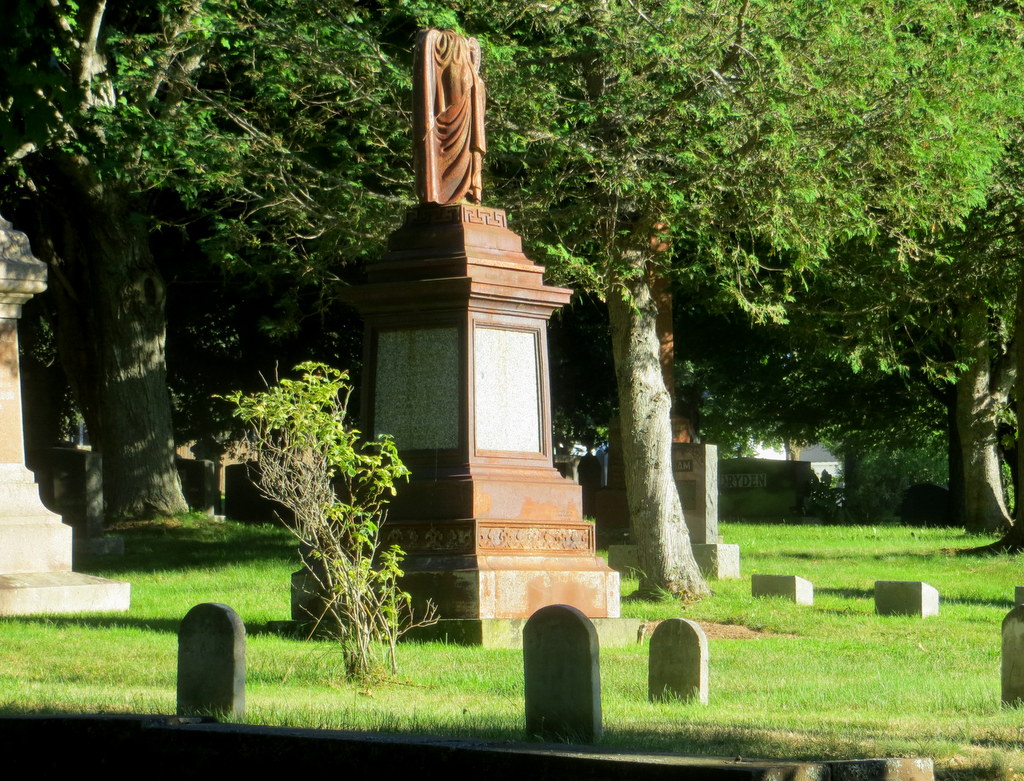 And just below the draped urn was a robust frieze of Greek key. 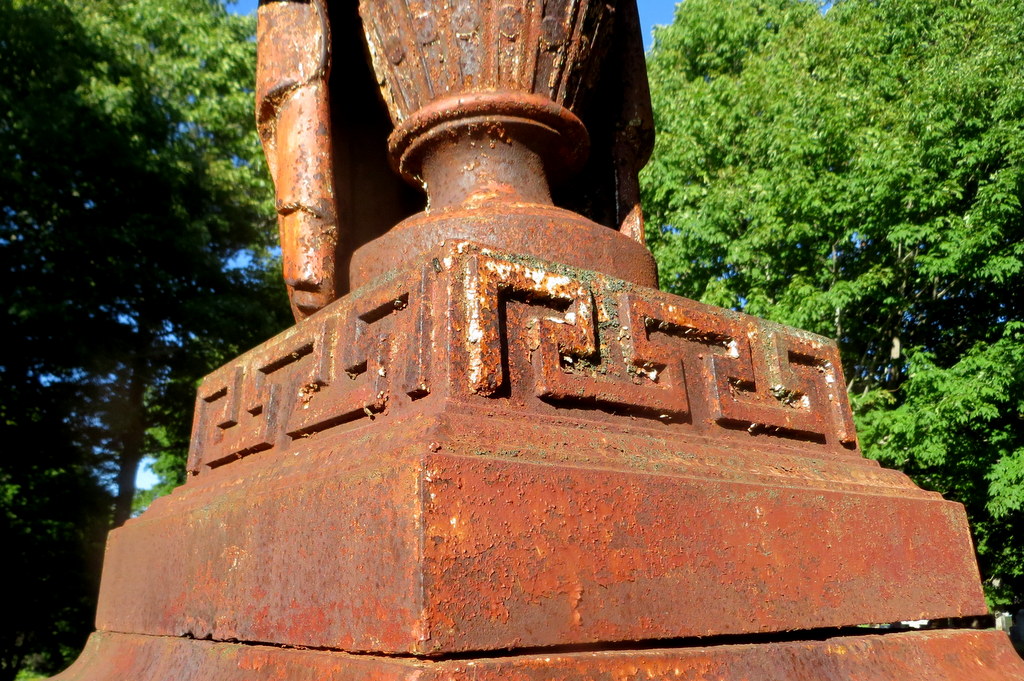 The 1870s grave marker was made by a well known iron foundry in Glasgow, Scotland and I’ve never seen anything else like it in these parts. Back in Glasgow, their much loved local architect of the mid-19th century was Alexander “Greek” Thomson. We visited Glasgow last year and sought out some of his buildings. They are astounding mixtures of Greek and Egyptian motifs, including lots of Greek key variations. 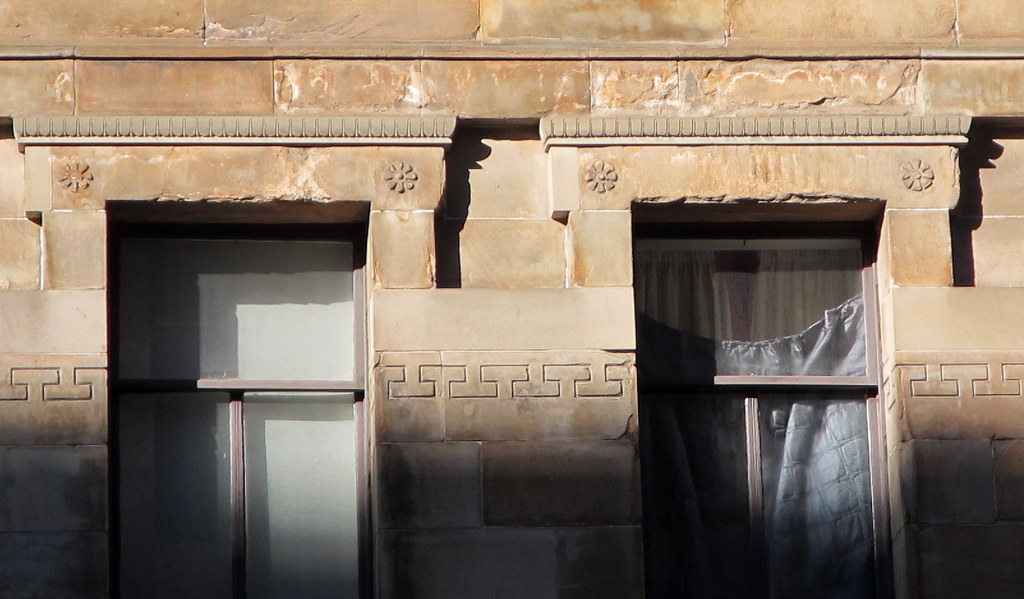 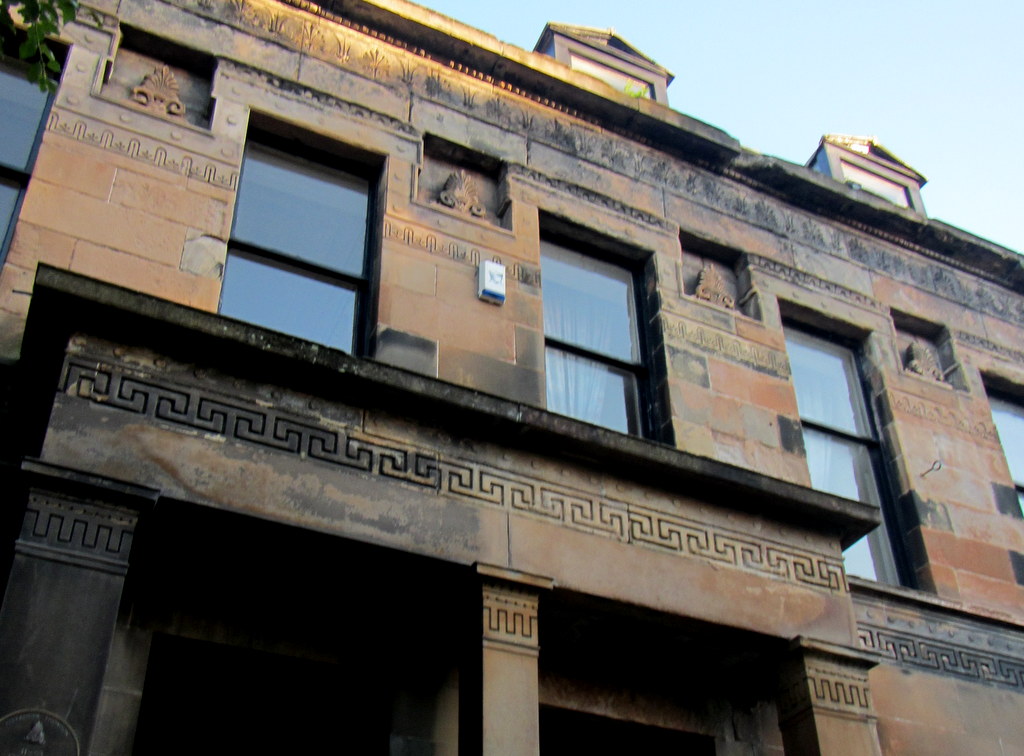 On our recent visit to Copenhagen there was just too much Greek key and I stopped taking pictures. It was on a common manhole cover: 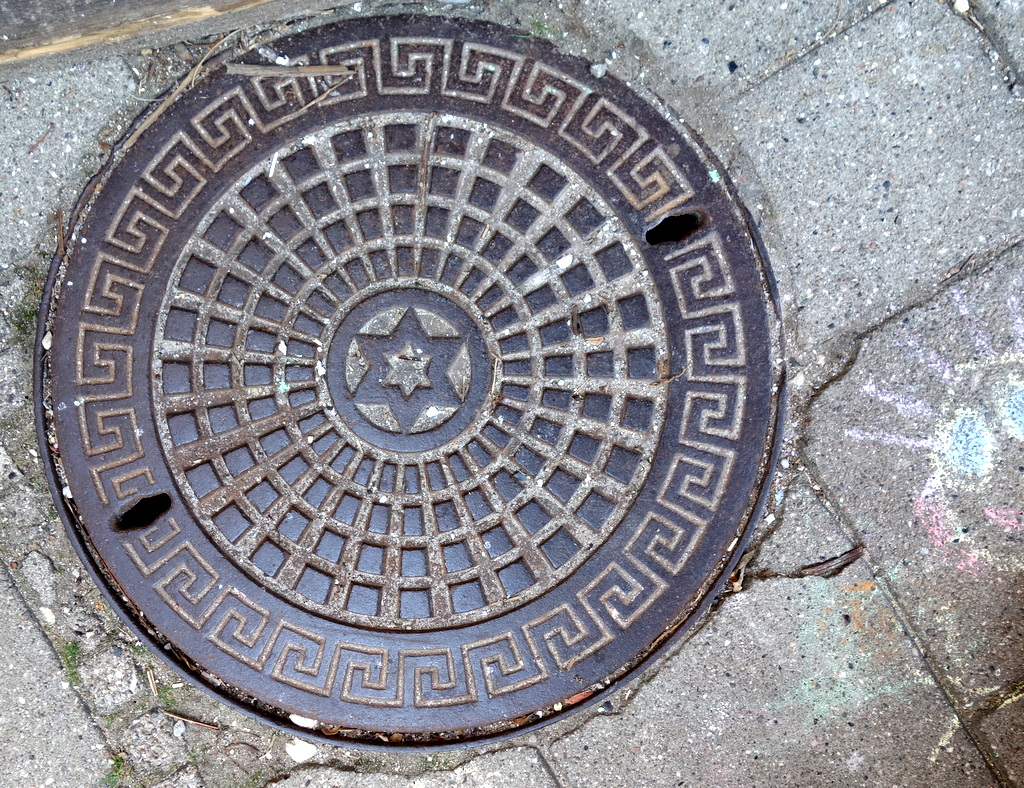 And ceilings, where the designs begin to look like labyrinths : 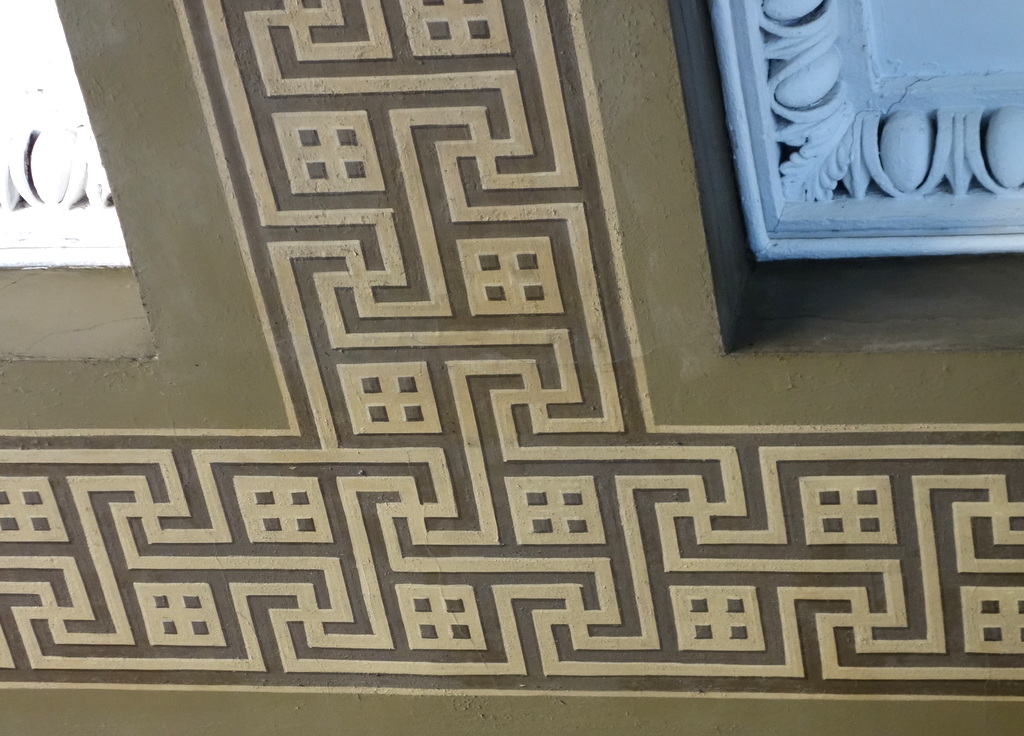 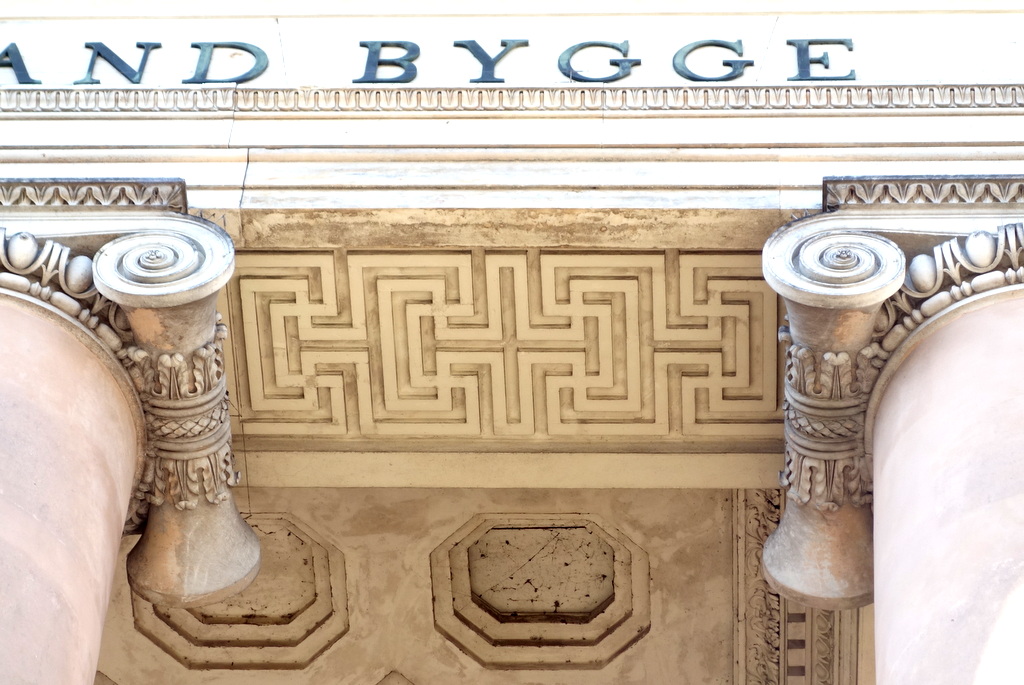 Greek key designs have been used throughout history, but the examples I’ve shown here are part of the Greek Revival and NeoClassical revivals of the 19th century and the classical revivals of early 20th century. It also feels like there is perhaps a little resurgence of interest in the design. Recently we picked up a little Kleenex package covered with a key design (nothing to sniff at). 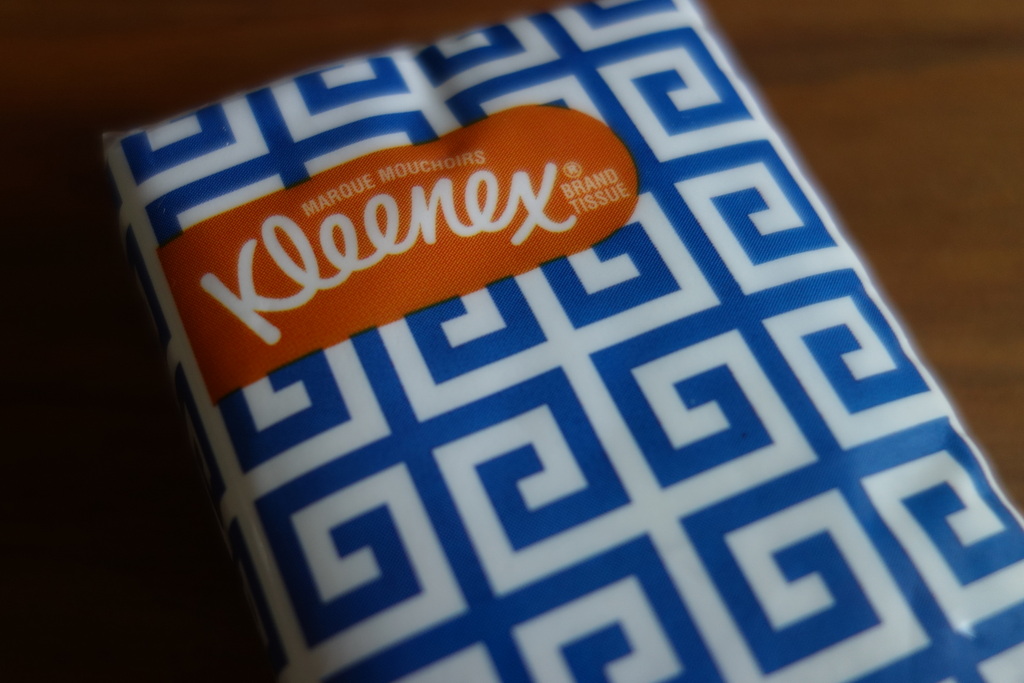 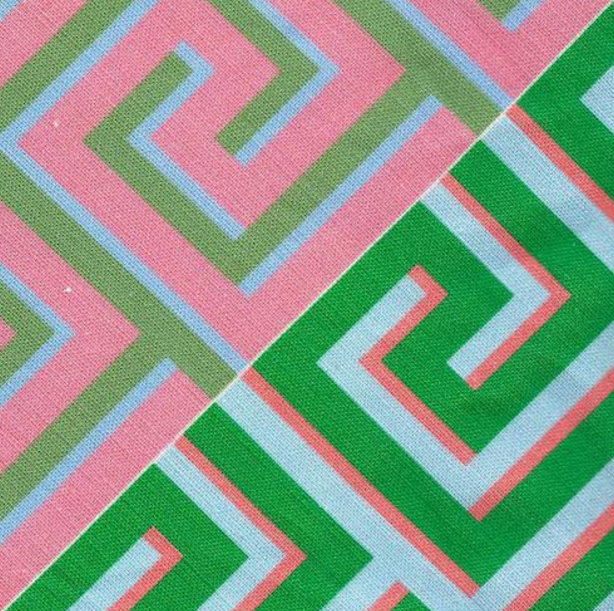 There are lots of examples of Greek key out there to discover so be alert. Or maybe you would prefer to stick with that other Greek delight, and official snack of Halifax, the donair.

A recent undesirable revival is the proliferation of swastikas seen in the media since Donald Trump trundled along. The swastika is also an ancient design, associated particularly with the east, and is part of the Greek key vocabulary. You can see how Greek key and swastikas merge on the border of some packages of incense produced in Bhutan. These days we could probably all do with a little more incense burning and meditation. 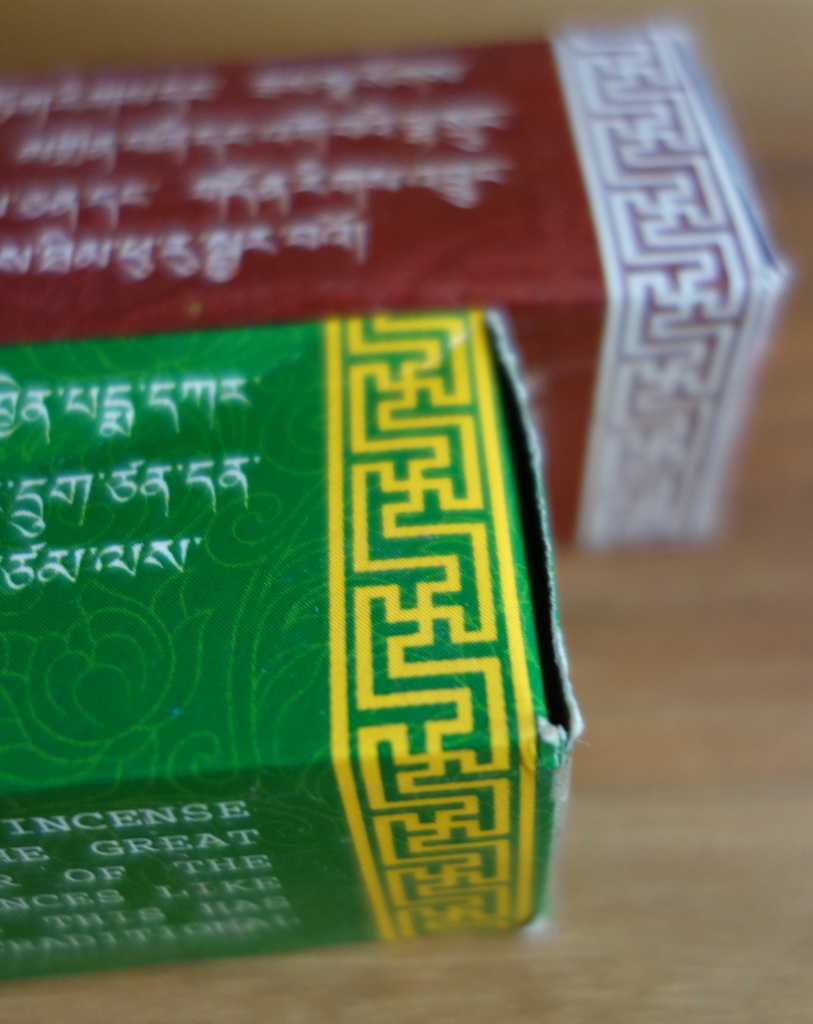