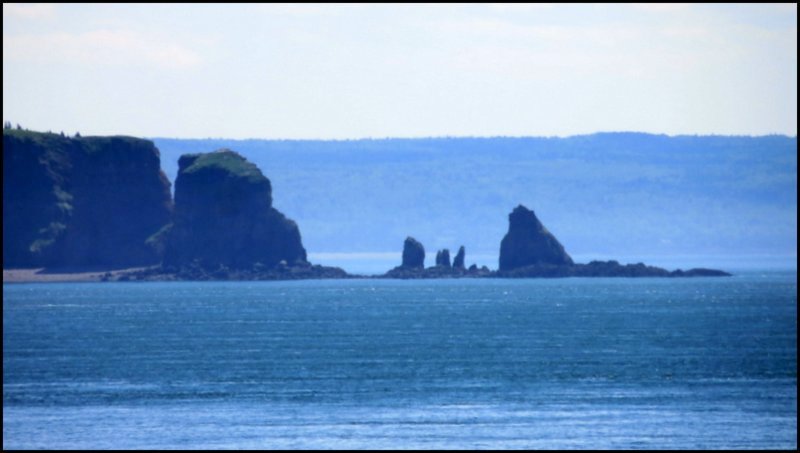 Have you been following the installation of the experimental tidal power turbines? It’s taken a while but the giant turbines have been lowered into the fast moving currents of Minas Passage and are producing electricity. Last summer Sheila and I visited a couple of sites associated with this story and have a few snapshots.

As we travelled along the shore from Advocate to Parrsboro, there were many signs inviting us to the FORCE Visitor Centre. The map reference they helpfully provided says that it is 15 minutes from the Tim Horton’s in Parrsboro. Travelling along the shore on a “new to us” dirt road, we arrived at a tidy, shingled building that would make a very desirable, modernist summer house. 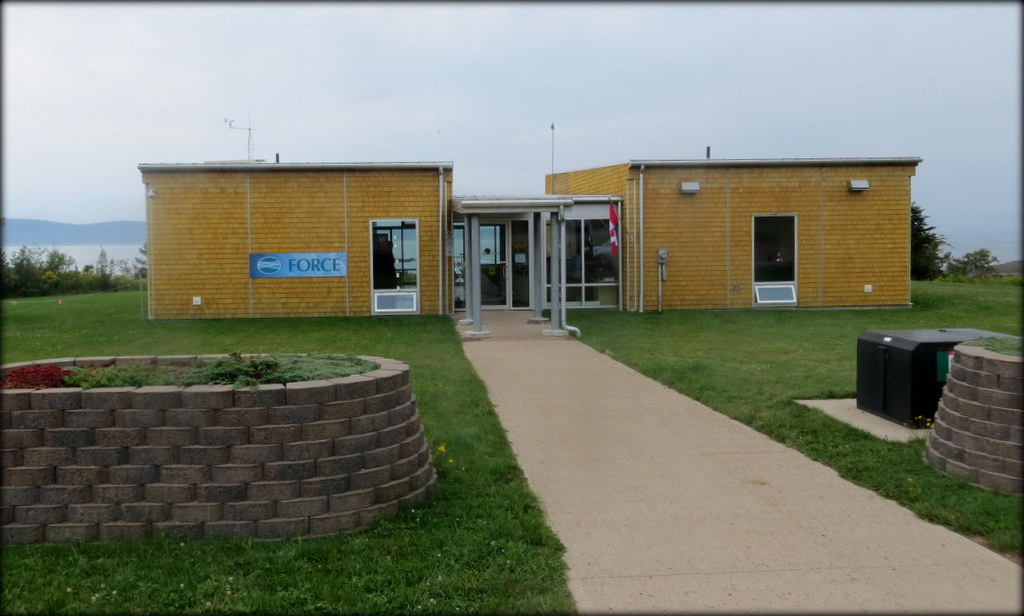 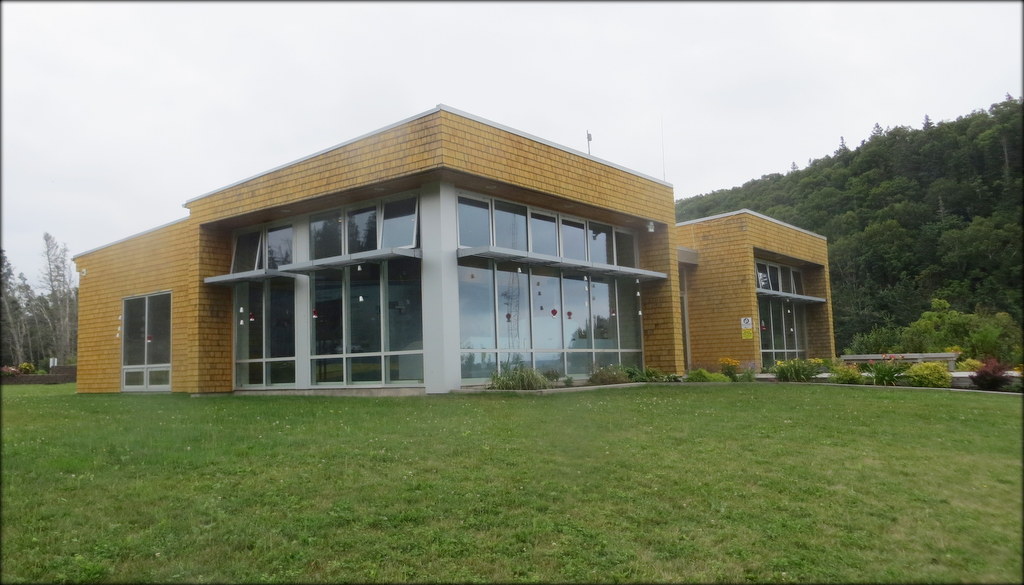 FORCE stands for Fundy Ocean Research Center for Energy and you should probably visit their web site to really understand their mandate. FORCE is the host for groups wanting to test tidal power in the Minas Passage, owns the connection to the power grid, and oversees environmental monitoring in the Passage. The Cape Sharp group who installed the turbine is independent of FORCE, although the real Cape Sharp is just behind the exhibit centre.

As visitors you get to experience a well-produced exhibit on the wonders of the Bay of Fundy and the promise of tidal power. 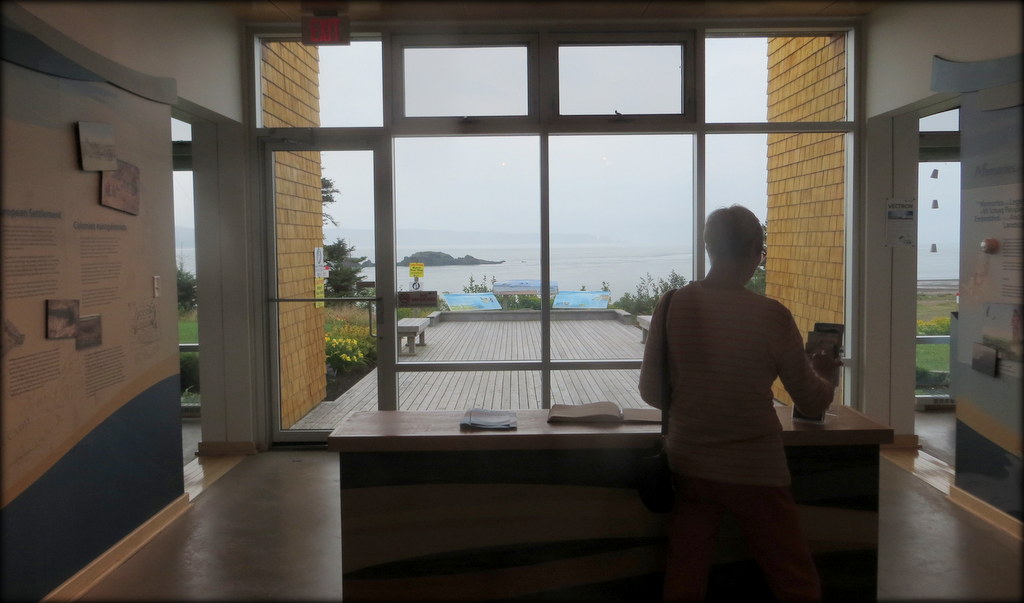 And the view looking over the turbine site with Cape Split in the distance is superb (just down the road are the Million Dollar View Cottages). 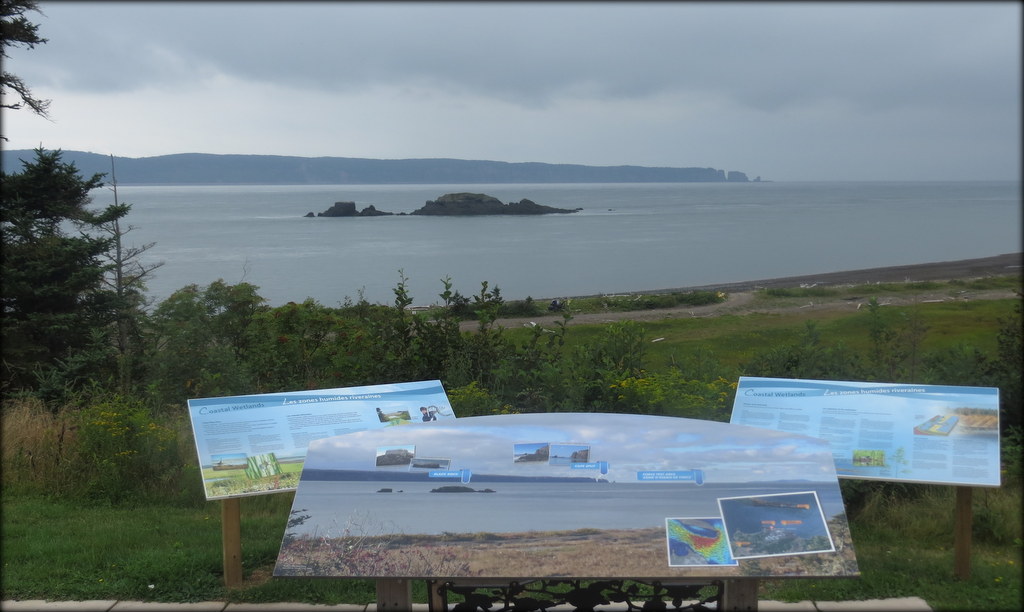 After our visit we continued along the shore and stopped for local delicacies at Diane’s Takeout in Five Islands: fried clams and a blueberry milkshake. 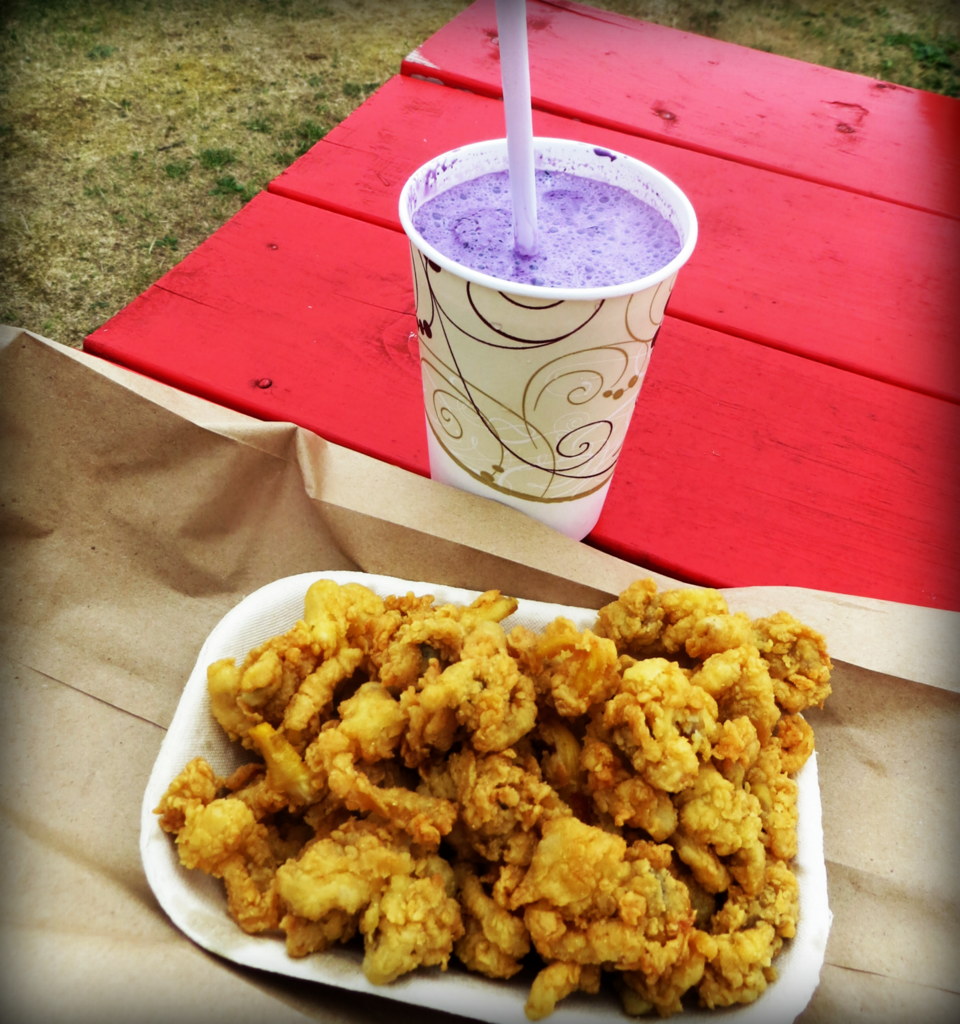 On the bulletin board at Diane’s was a cartoon of one of the turbines surrounded by chopped fish and the title: Fundy Tidal Power presents Grinding Nemo. 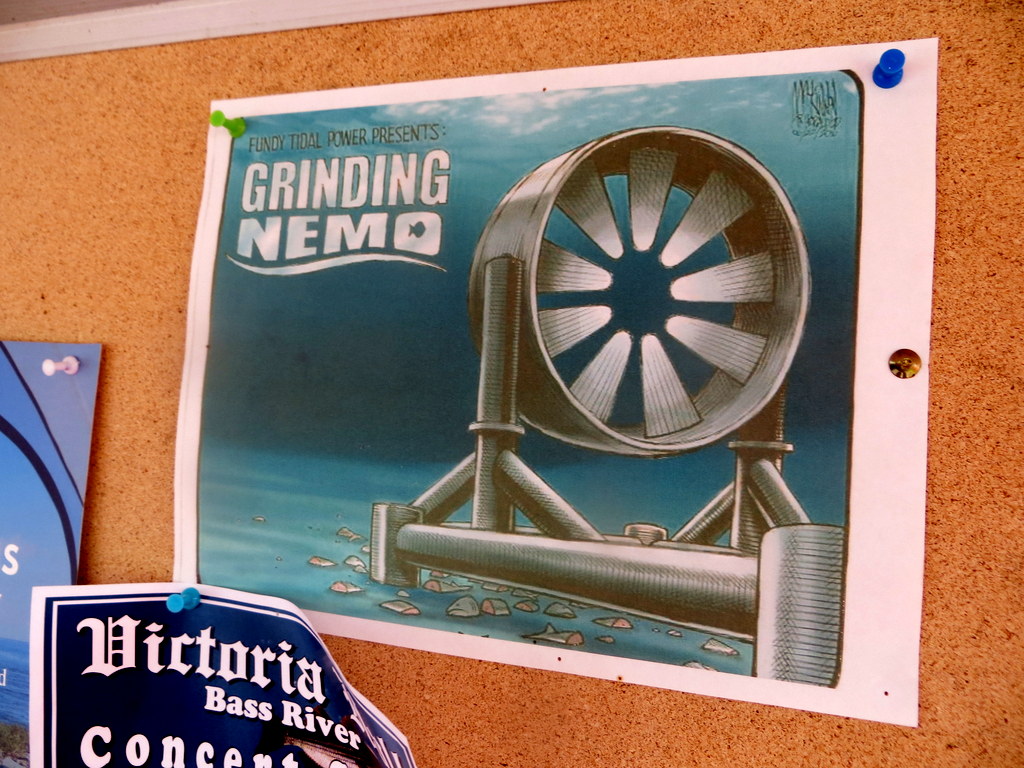 This refers to claims by some folks who fish in the Fundy that the turbines will harm fish stocks. One of the strong voices is Darren  Porter who operates the last weir on the other side of the Minas Basin at Bramber.

Twice this year we visited the weir, walking across spectacular mud flats that are covered with 40 feet of water at high tide. (A blog about the first visit is here). 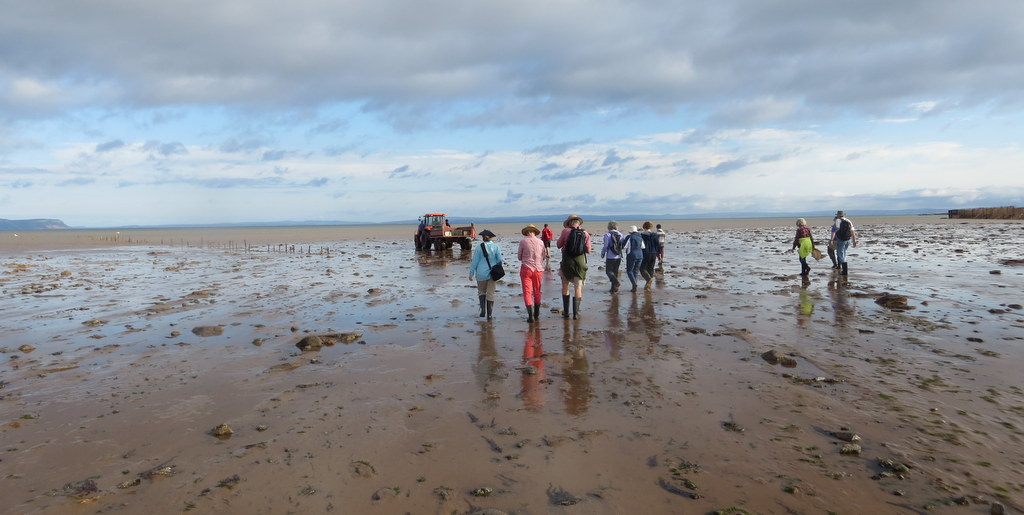 Darren and his daughter Erica sort fish caught in the weir. 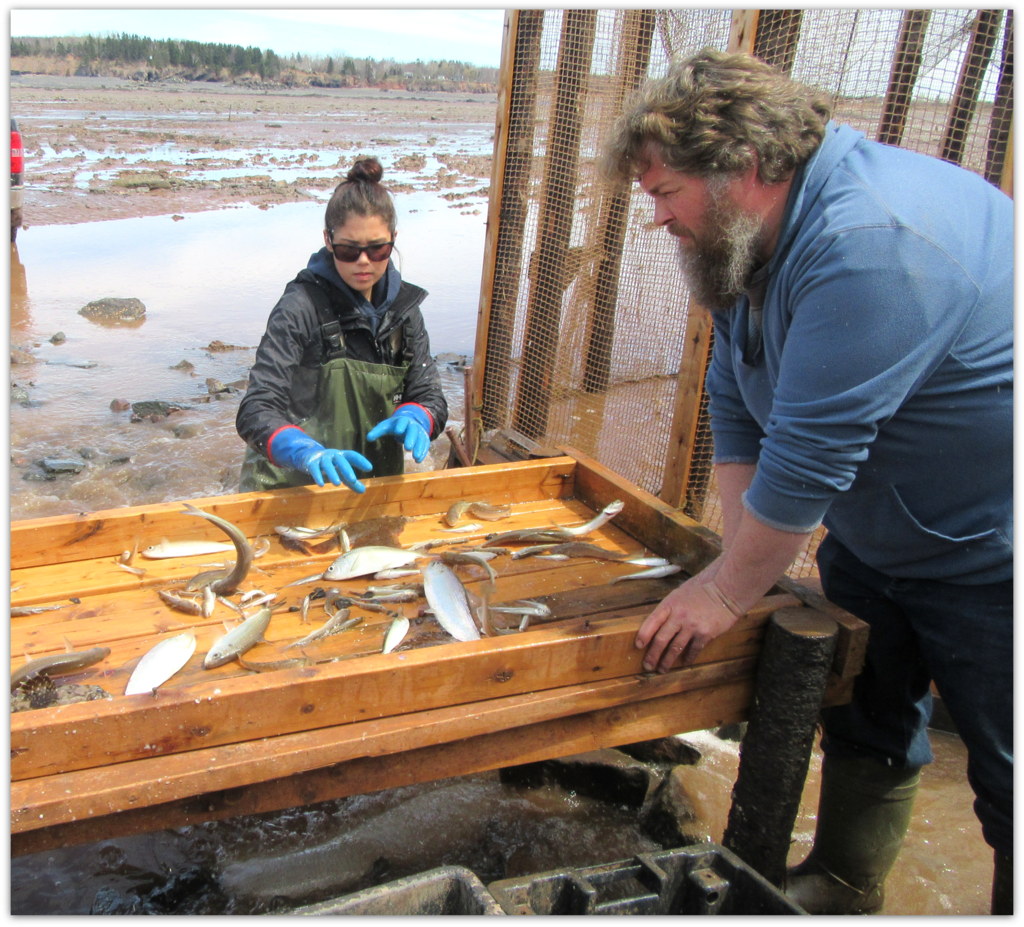 Any fish that are not harvestable get directed toward a holding pool to wait for the next tide. Seagulls stand in the channel to the pool because they love watching little fish. 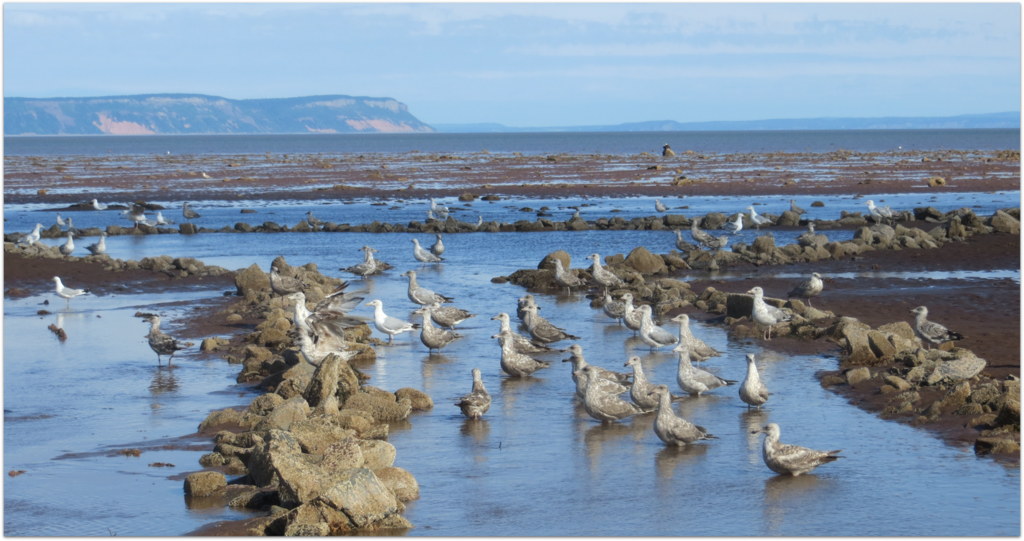 We saw a large sturgeon carried to the holding pond and understood that the catch and release of sturgeon happens almost daily. 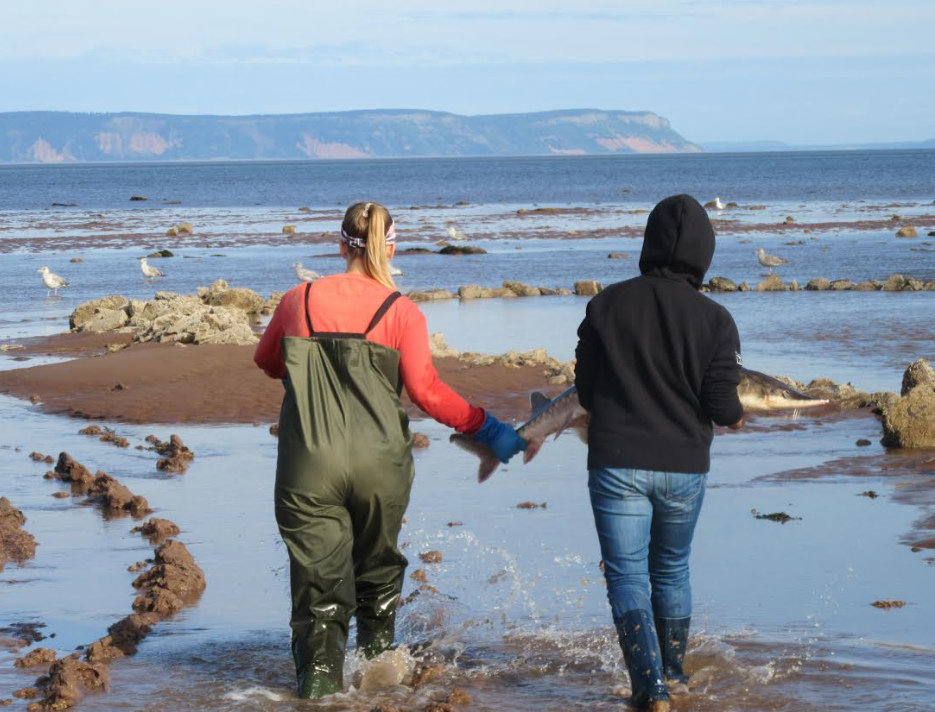 In the distance you can almost see the turbine site. The optics are fascinating.

Our August visit was organized by the Flying Apron Restaurant. When we and some fish from the weir arrived back at the shore, chef Chris Velden prepared a delicious meal. 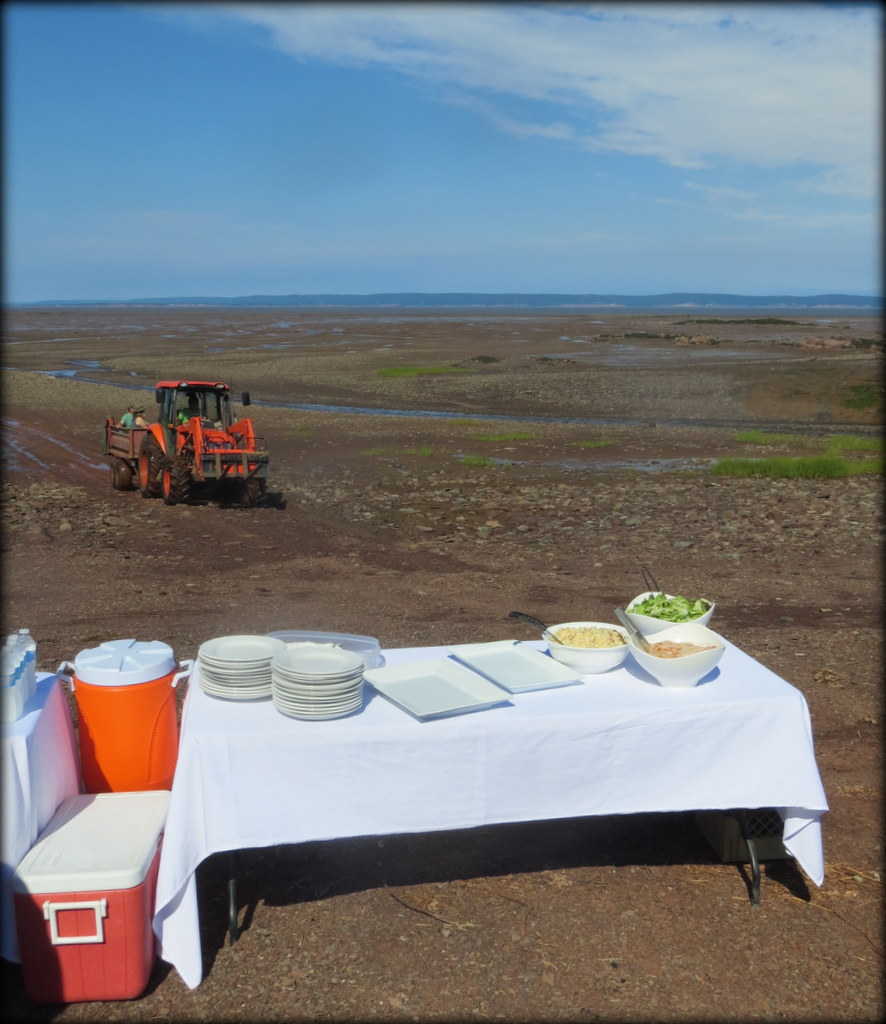 Darren Porter has the cleanest fishery imaginable and the scientists who advise FORCE are wise and experienced. I hope it works out well for all of us. 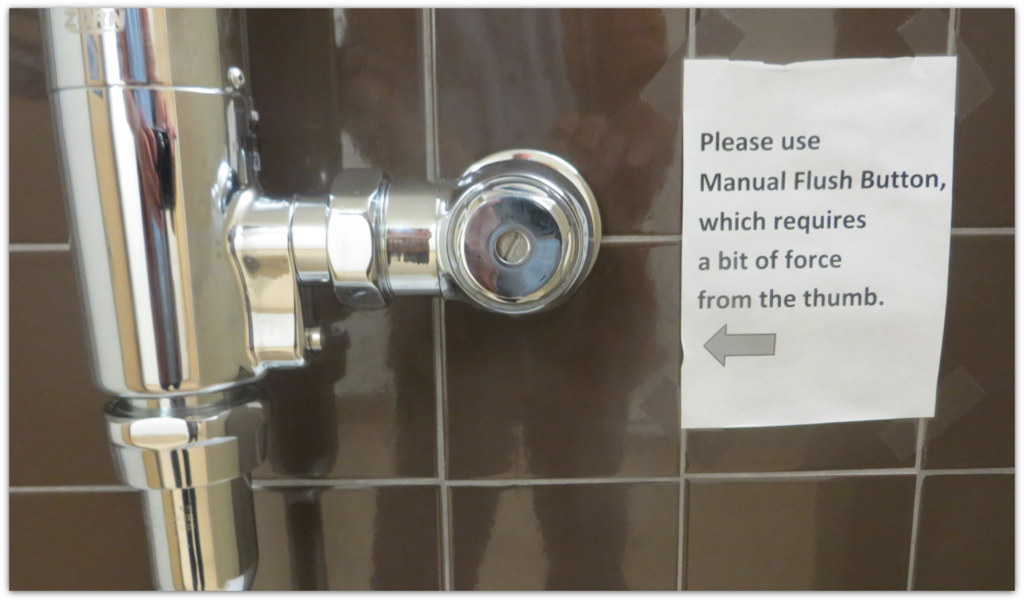 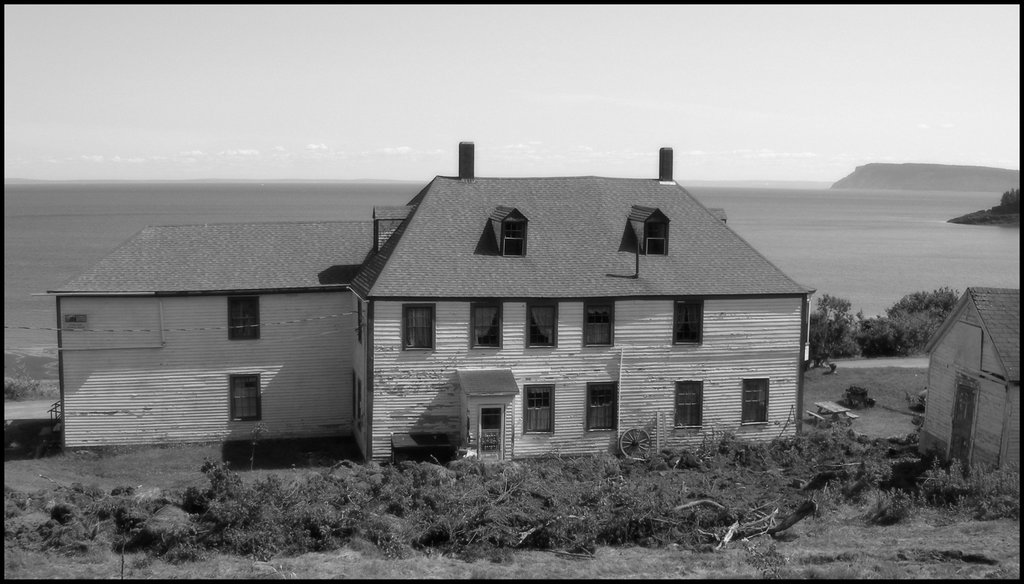 In the museum is a striking ad for the ferry service that once connected the Parrsboro shore to the Annapolis Valley. Those were the days. 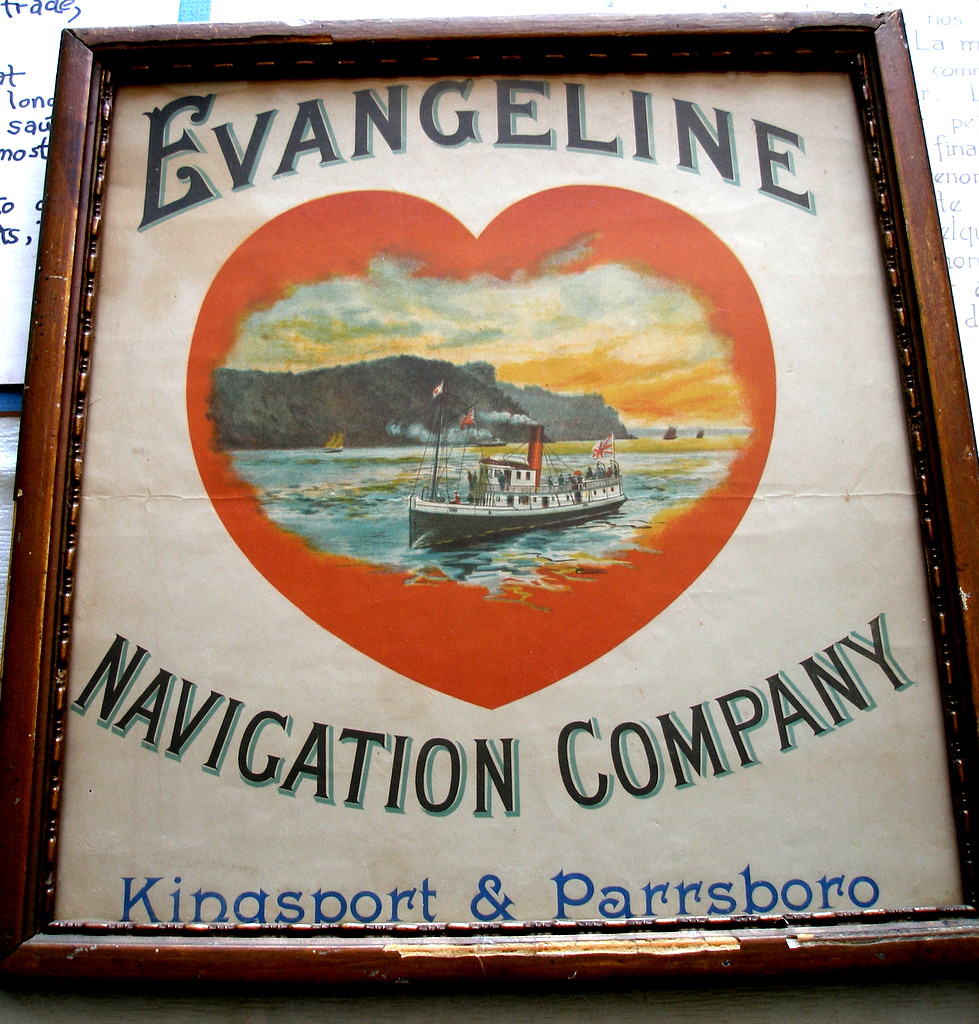