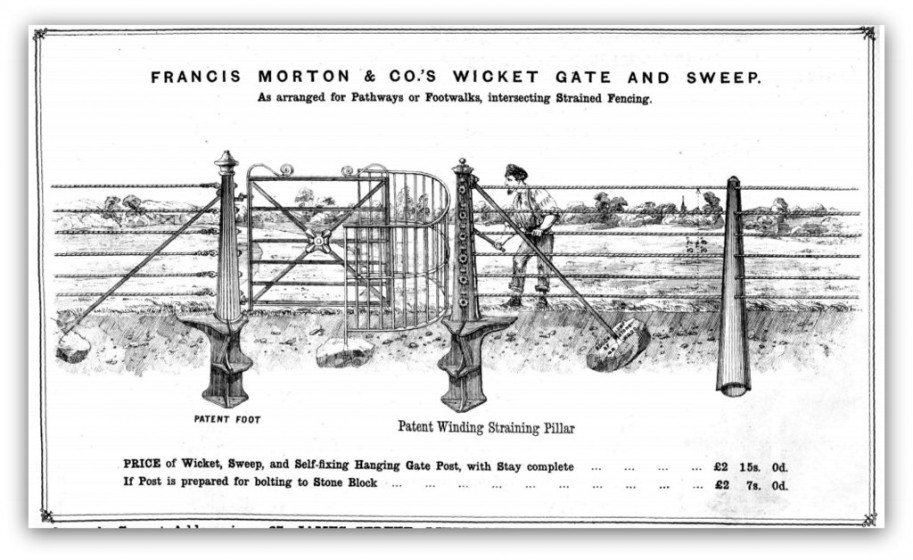 On social media people have been acknowledging the start of the full-scale demolition of the old CBC Building at the corner of Sackville and South Park. Seemed like a good moment to remember a tiny loss that happened on the corner across the street 37 years ago. In that case I was probably the only mourner.

The object of my affection was an enigmatic cast iron post with two braces, located on the edge of a grassy knoll at the bottom of Citadel Hill, just below a still existing parking lot. In the 1970s I walked by the thing every day on my way to work and it drove me a little crazy because I couldn’t figure it out. Conveniently it had a foundry mark, “Francis Morton Patent, Liverpool” and eventually I wrote to the Liverpool City Museum in the UK for help. Turned out it was for wire fencing. Today the internet provides an 1862 Morton catalog that illustrates a similar patent winding straining pillar. I suspect the post was installed by the British military as part of fencing to keep grazing livestock on the slopes of the Citadel, and had perhaps been in place for a hundred years.

Now the sad part. In 1979 the Queen Mother visited town and suddenly it was important to fix up that corner. My post flew away in a flurry of sidewalk building and bark mulch spreading. Will you be needing anything else, Your Highness?

A sidewalk now climbs the grassy knoll near where the post was located. I believe the vessel in the shot is a Greek liner that called regularly at Halifax on the way back from cruising in the Mediterranean. Some emigrants would disembark in Halifax and the vessel then continued on to New York. If there was space you could sail to New York for $35.00. Here’s heartbroken me taking the voyage in May 1968.