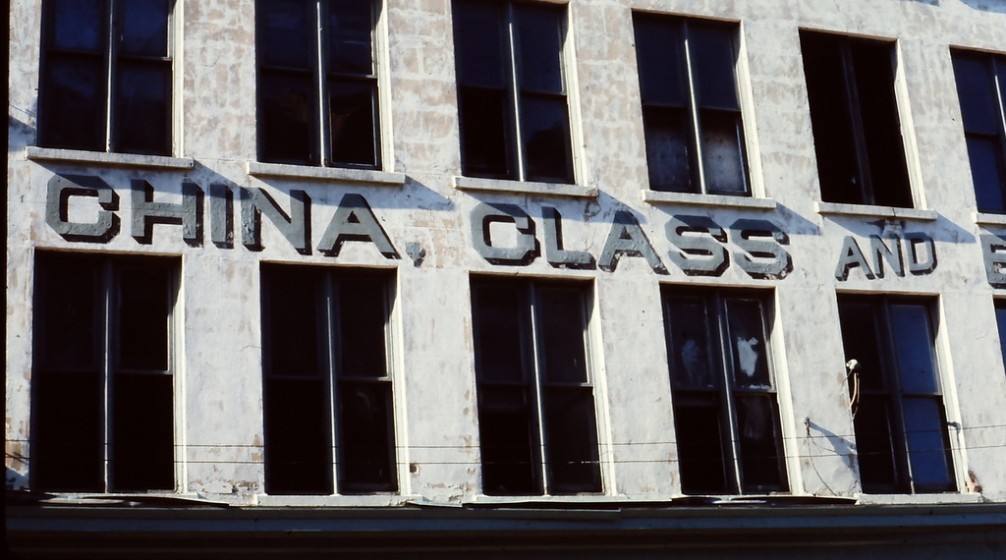 In the 1970s I would often visit the north block of Granville Street to examine the cast iron shop fronts that lined both sides of the street. In future blogs there are a number of themes I’d like to explore about this section of town but today I’ll start with a look at the west side of the block in the late 1970s. I hope you’re surprised.

This block of Granville was the premier shopping district in Halifax when it burned down in 1859. Merchants quickly rebuilt in a grand style and it remained remarkably intact until the renovations about 35 years ago. This is what the street looked like in 1871 when the buildings were about 10 years old. This is a similar view in 1977 of the buildings empty, waiting for their facades to be taken down. I think the pawn shop on the corner was one of the last operating  businesses . And here is that corner in the early 1980s after the facades were taken down, cleaned and attached to a new building. When the mall opened there were real shops including Import Bazaar (shown here; it later became Pier One). There was an authenticity to the coal smoke blackened stone facades, grander than any surviving streetscape in Halifax. The finely detailed sandstone classical facade on the left was next to a modern-feeling front (built the same year) made of massive, undecorated blocks of granite. The street level cast iron shop fronts had lost most of their detail but hints of grandeur survived.  The iron work came from New York so there was a small taste of what edgy SoHo in New York, with identical ironwork, felt like at that moment. This jaunty chrome furniture sign was a message that the block was well past its best-before date. Because I like both signs and typography the couple of big building signs merited a number of photos. Here is the shop for King Quality shoes. Too bad this sign was on the west side of the street, it would be perfect for an Art College building. Here is the brochure for the opening of the shiny new mall/hotel about 1980. The treasure is a very special example of copy writing that seems to anticipate the speech patterns of future mayor Peter Kelly: