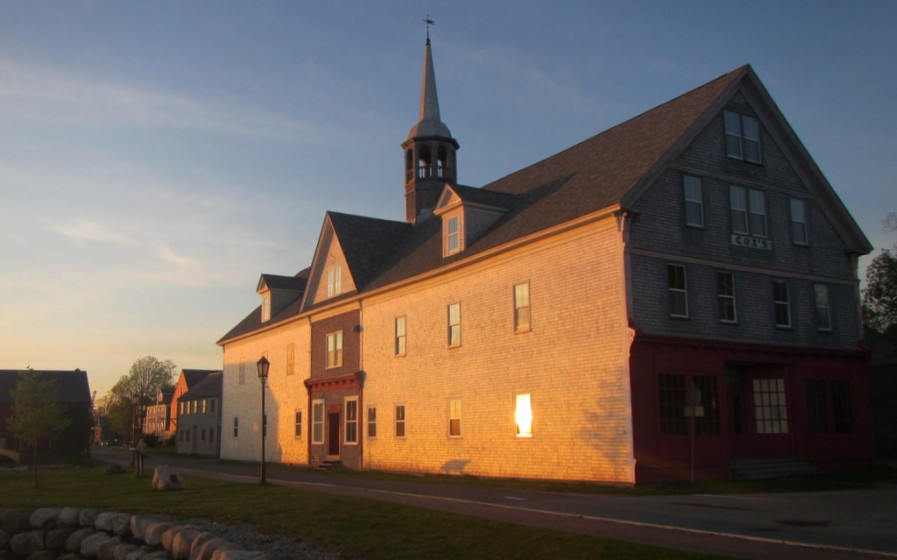 Shelburne was an instant community (like Halifax and Louisbourg). One day it was wilderness and suddenly it had 10,000 residents and was the largest town in the east.  Of course this was in the 1780s,  when Loyalists left the revolting colonies to the south, and the town has never been as big since.

For me the creation legend of Shelburne lingers and I sense hopes and dreams of folk who have gone before as I stroll the waterfront streets. Today it is  a very pretty dream. 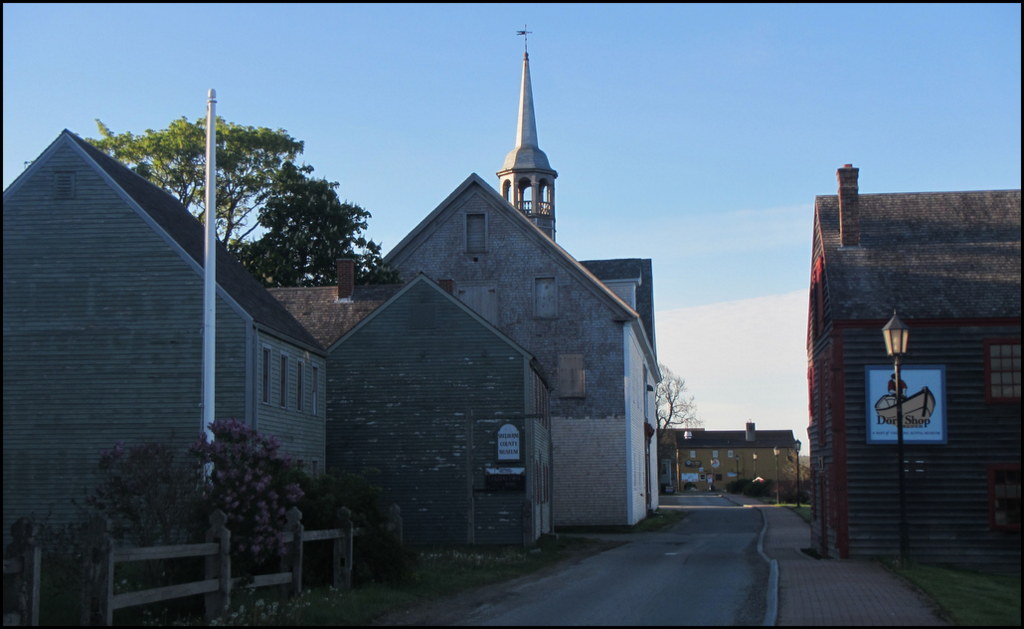 Part of the fantasy is movie magic.  In the early 90s a big budget production of the Scarlet Letter was shot in Shelburne.  The set designers transformed the remnants of an 18th and 19th century  streetscape into 17th century New England. Some of that has endured and now is just part of the dream.  The cupola added to the Cox Warehouse is a prime example. 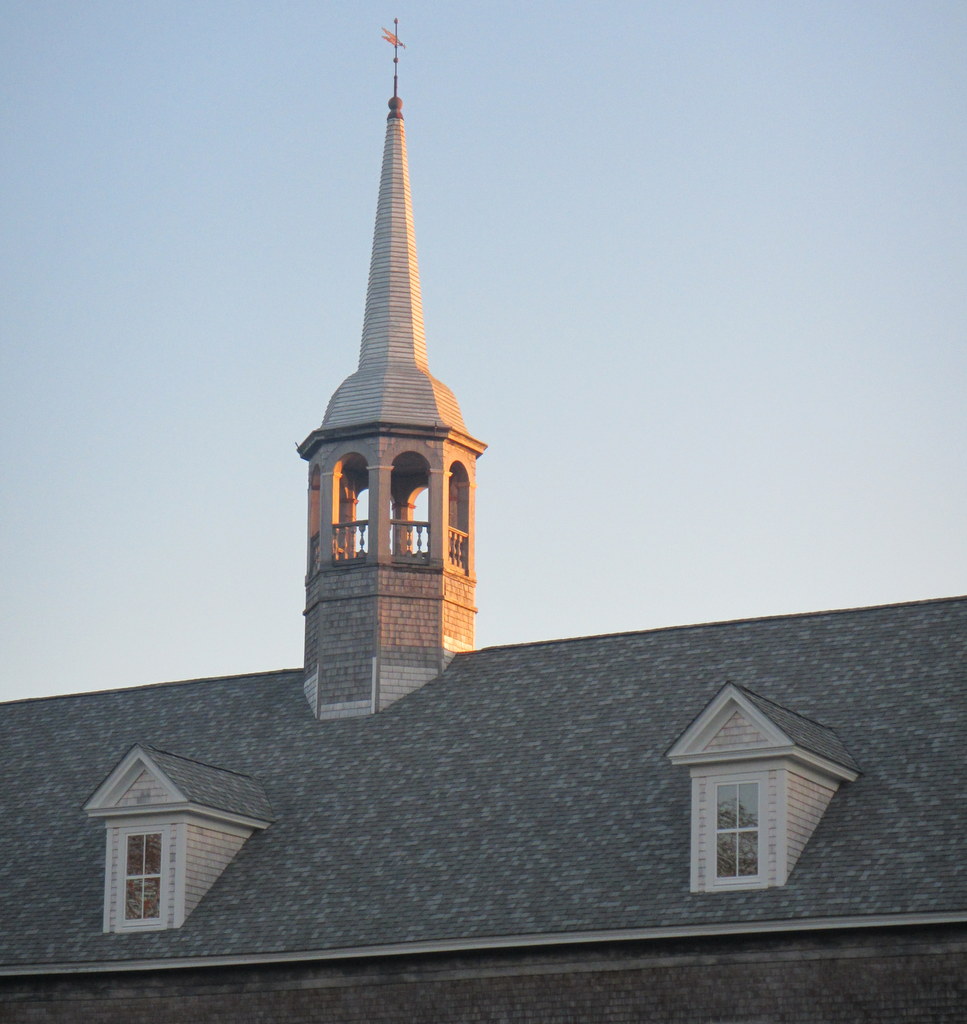 Or the Guild Hall, which was a totally new building , that now hosts a great Saturday market. 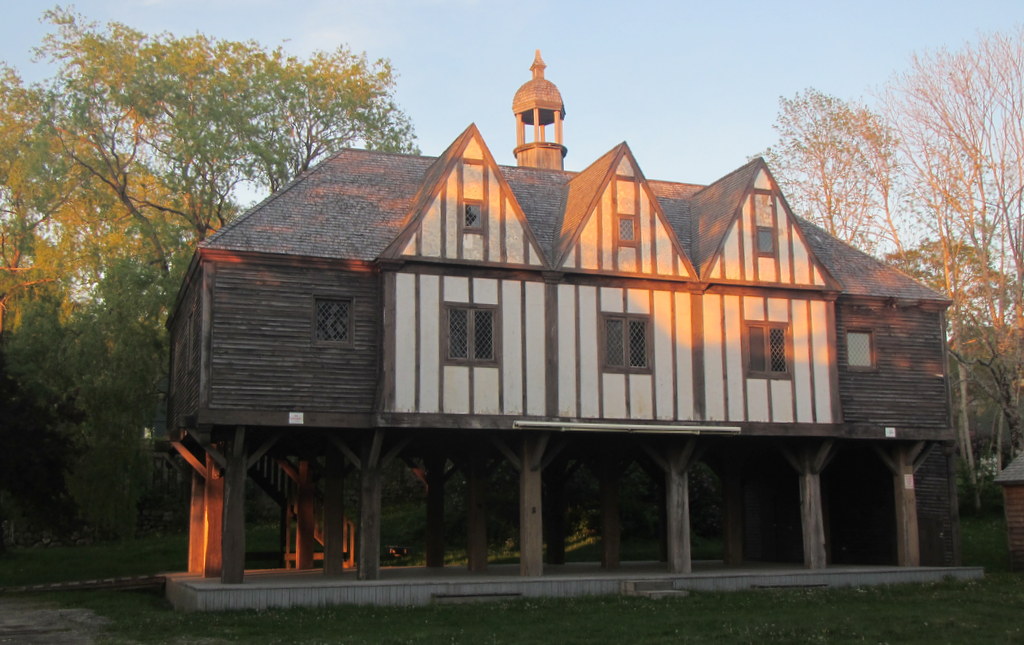 The barrel factory got quite a make over for the movie. It appears to be still making barrels or trawl tubs. 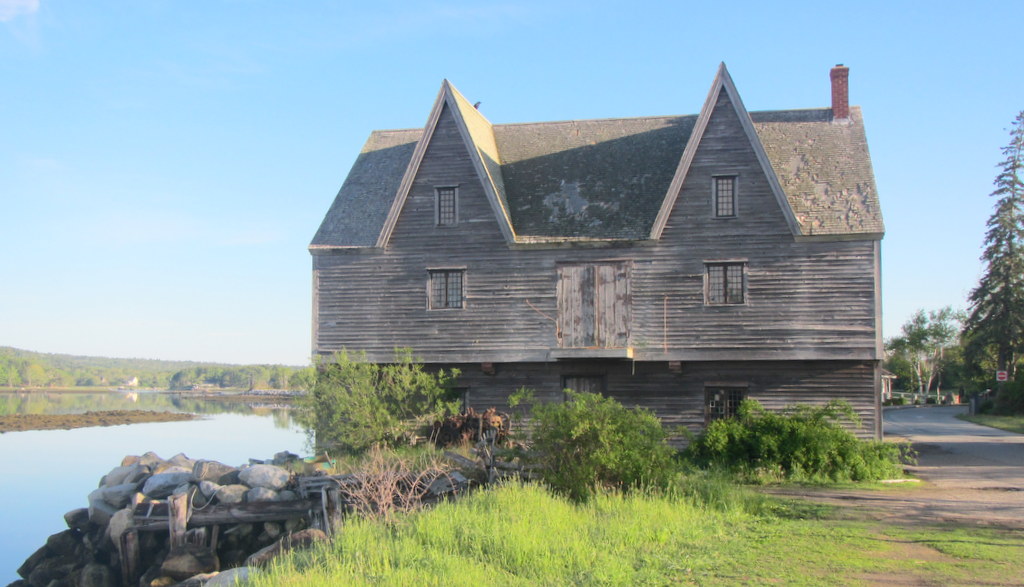 Another industrial building on the waterfront is the Dory Shop, a NS Museum site. I don’t remember if the shop originally had shutters or unpainted siding, but it sure looks good! Prince Charles and Princess Di opened the museum on their visit in 1983. 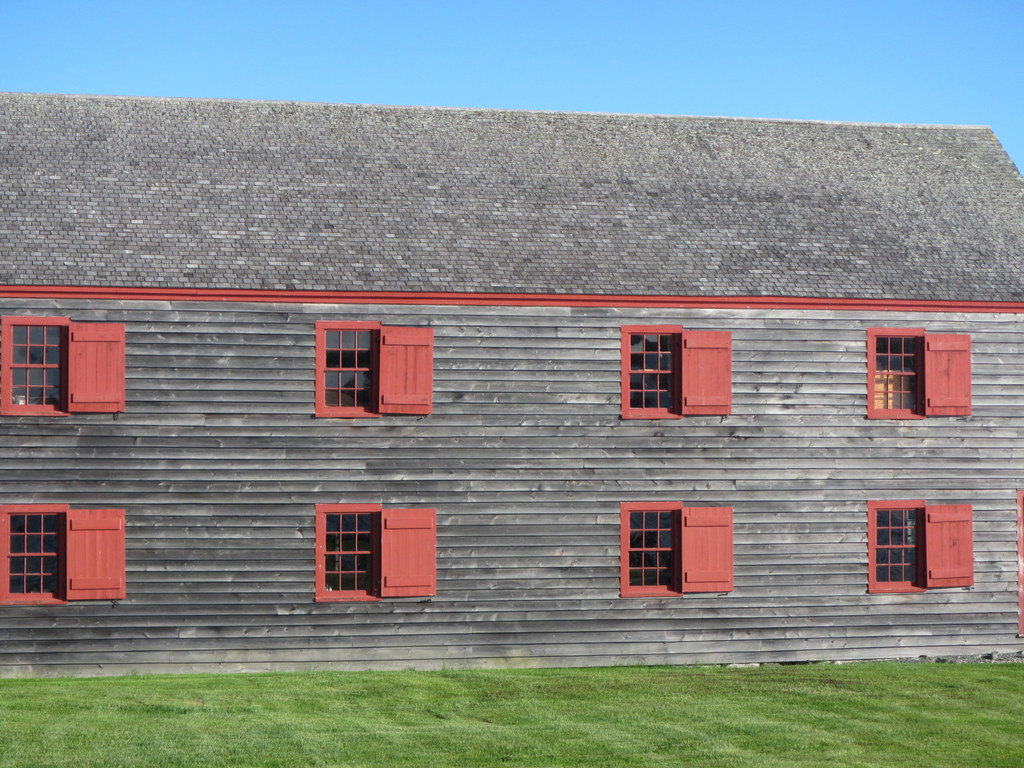 But Shelburne has other charms, like Boxing  Rock micro brewery.  We sampled wares and admired their stylish graphics (here on the ends of 6 pack carriers). 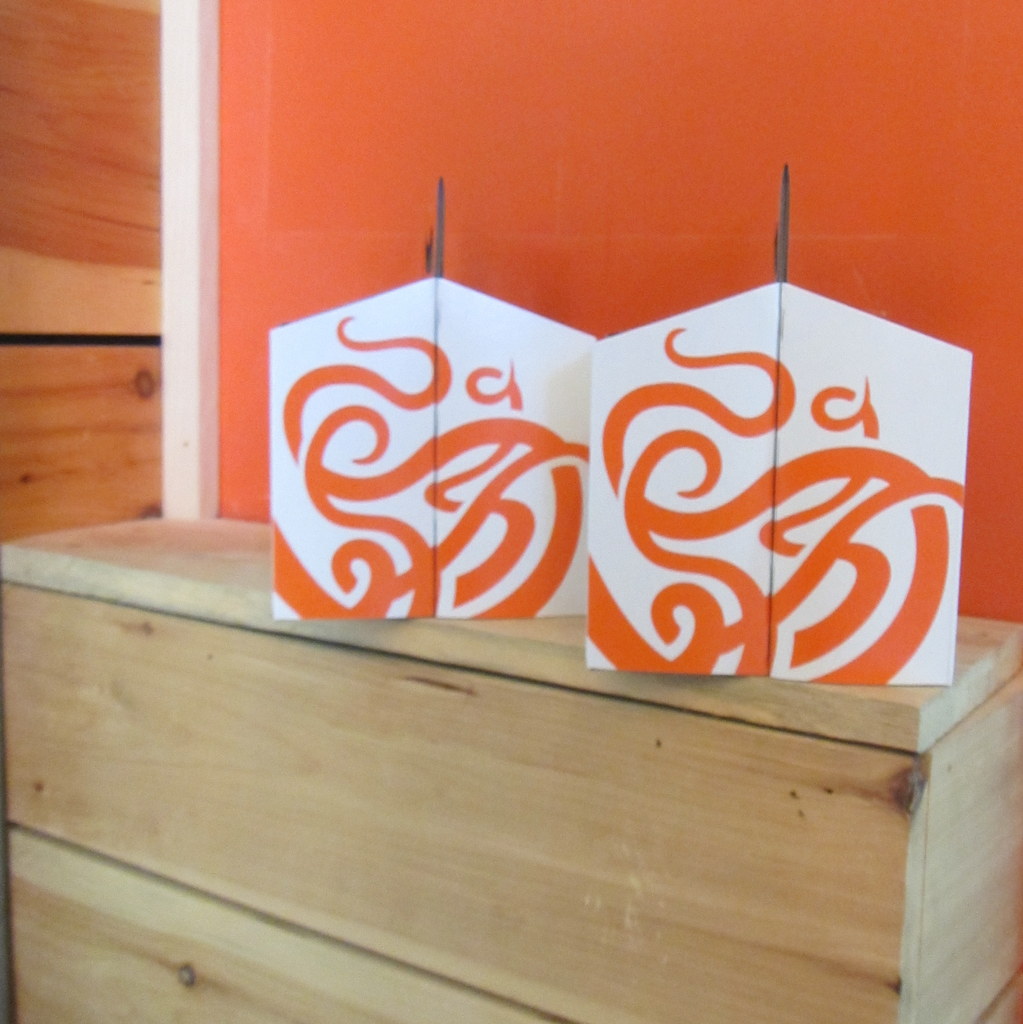 At the end of town we stopped to look at a steel truss bridge over the surging  Roseway River. 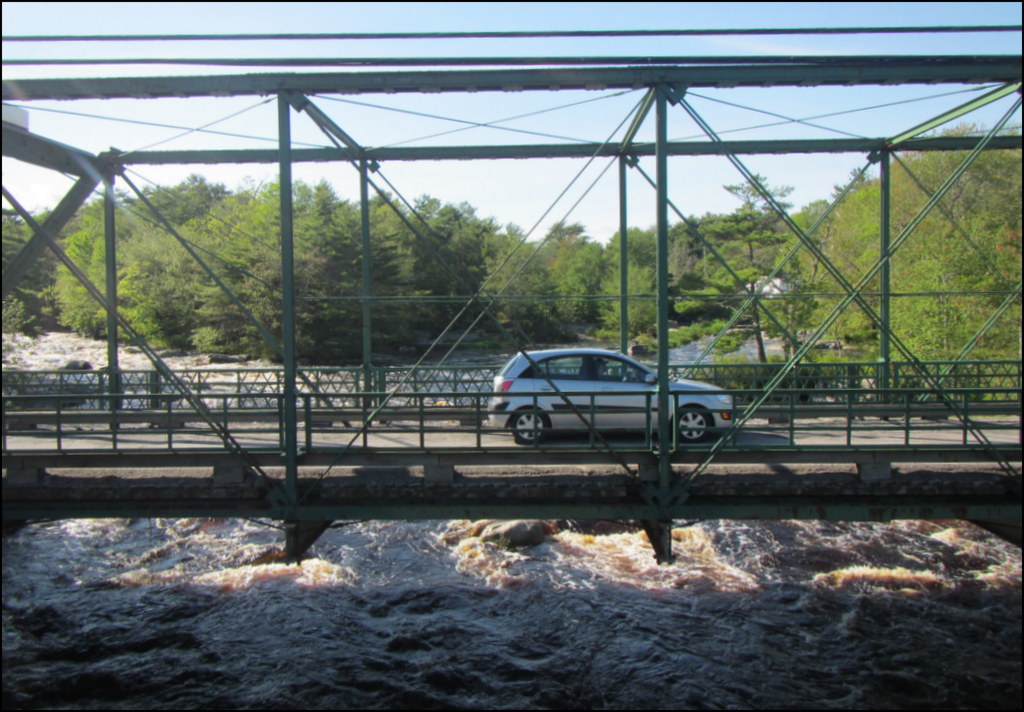 As water rushed under us we had an enlightening conversation with a fisherman who was visiting  his eel traps. He was catching elver (baby eels) who had been born in the Sargasso Sea and were swimming up river to mature in a lake (wonders-O-nature).

The elvers are sold  to Korean and Chinese agents and shipped live to the orient to be raised in aquaculture operations.  I notice in Maine elvers are selling for about $1800.00 a pound. A pound here and a pound there and pretty soon you’re talking about serious money coming out of that little net in the rocks. 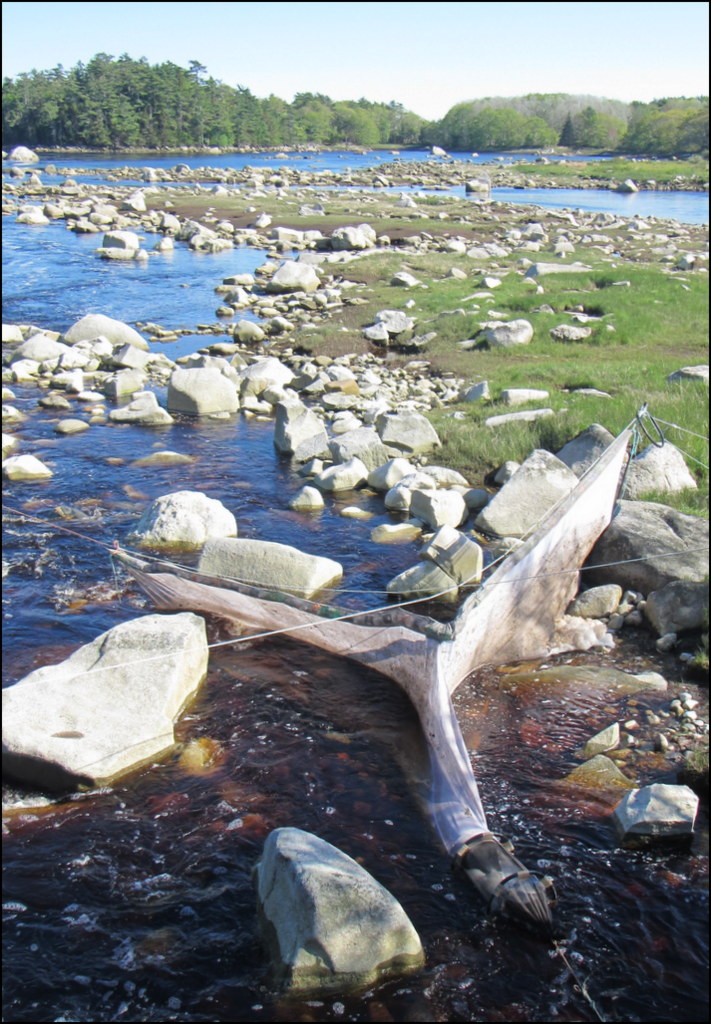 The real reason we visit Shelburne is to eat at the Charlotte Lane Cafe – a favourite of Sheila’s. In recent years it has won the best small restaurant in Nova Scotia award. 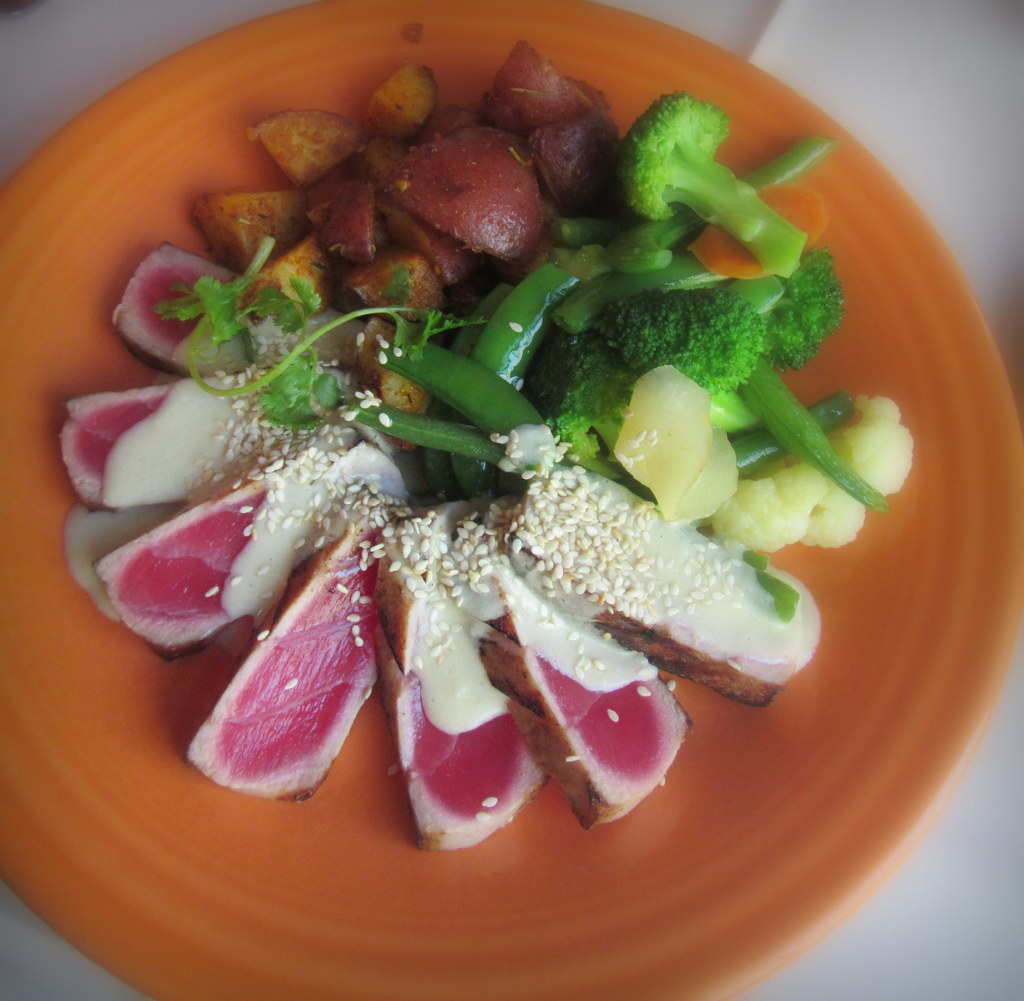 We stayed around the corner in  Cooper’s Inn,  which for decades has been one of the top B & Bs in the province. 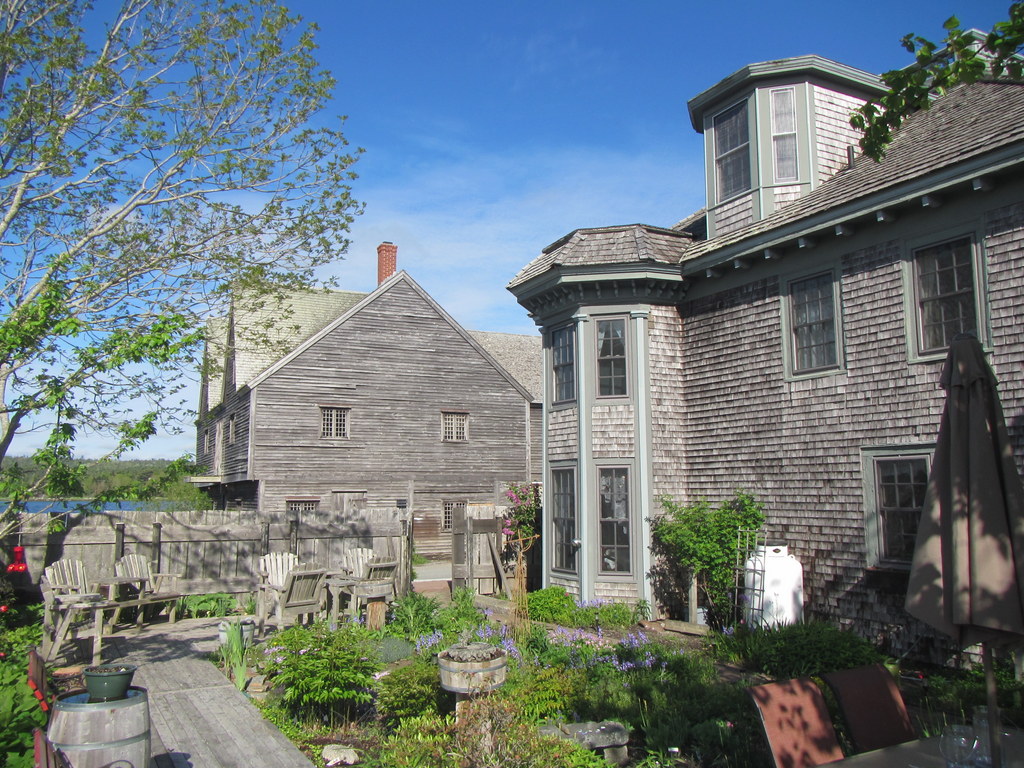 Some other buildings I noticed this trip were the old Post Office (empty I believe) : 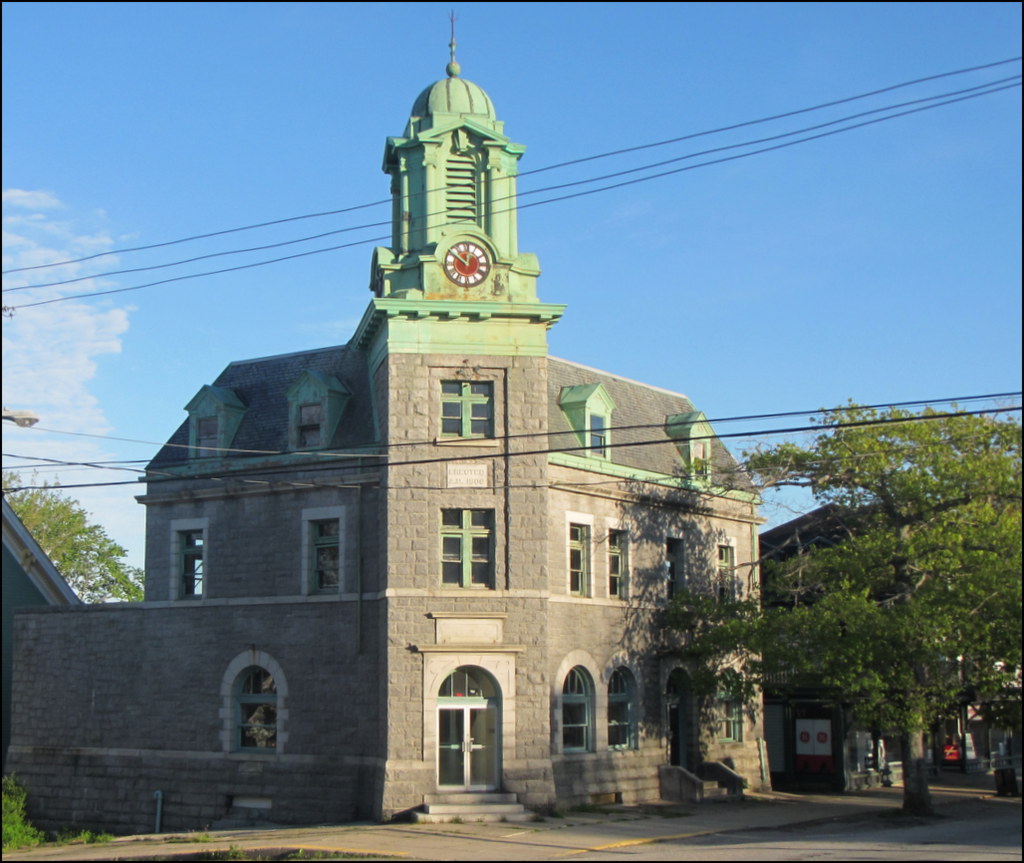 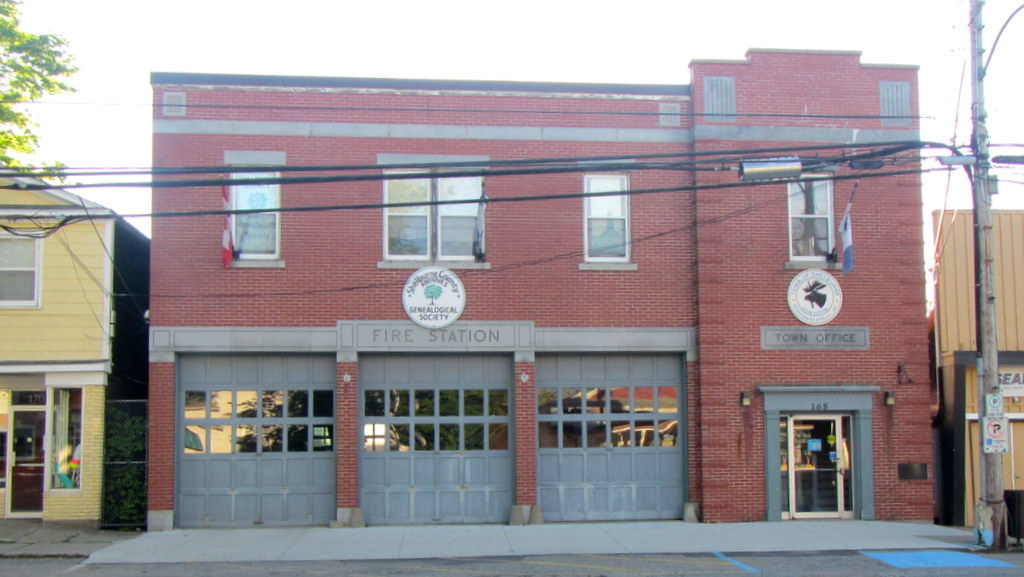 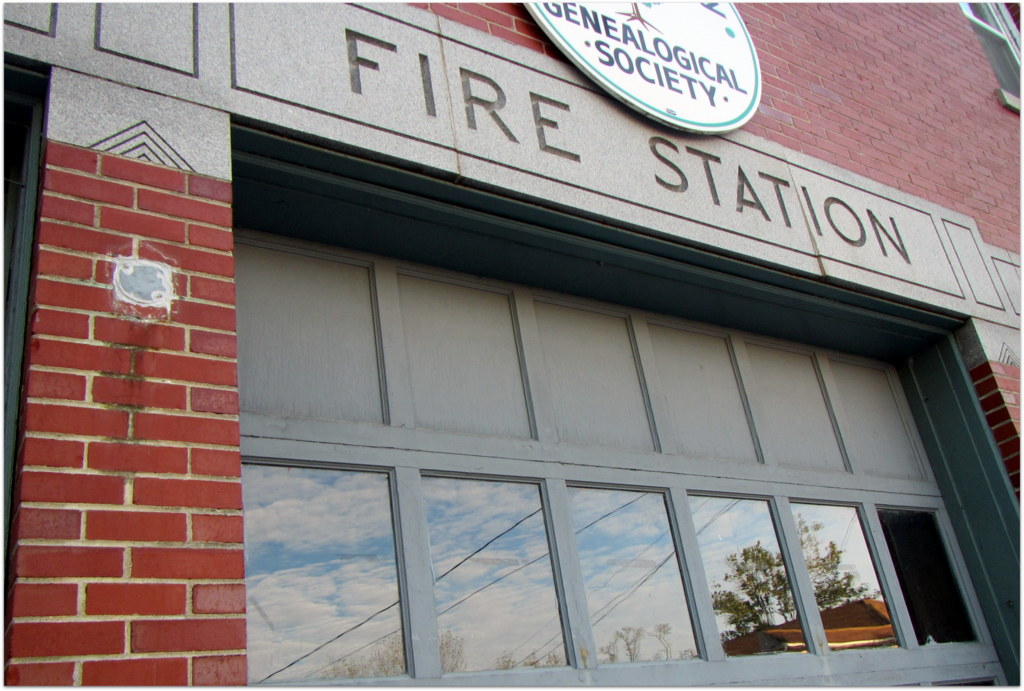 We were  headed to Yarmouth and on the return trip visited the Black Loyalist Heritage Centre in Birchtown, just outside Shelburne.  It had officially opened the day before and the landscape still smelled of fresh bark mulch. 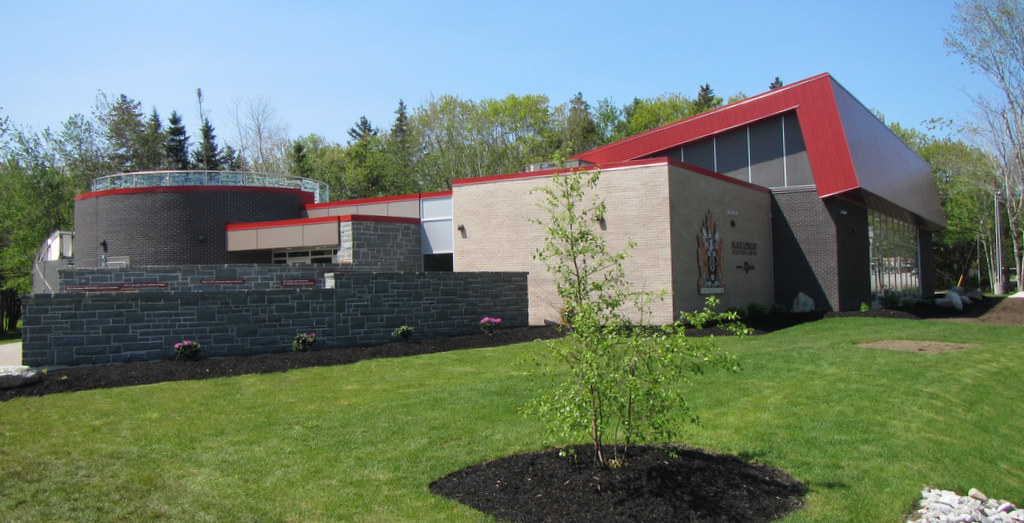 You should visit. I’d be interested in hearing about  your experience. 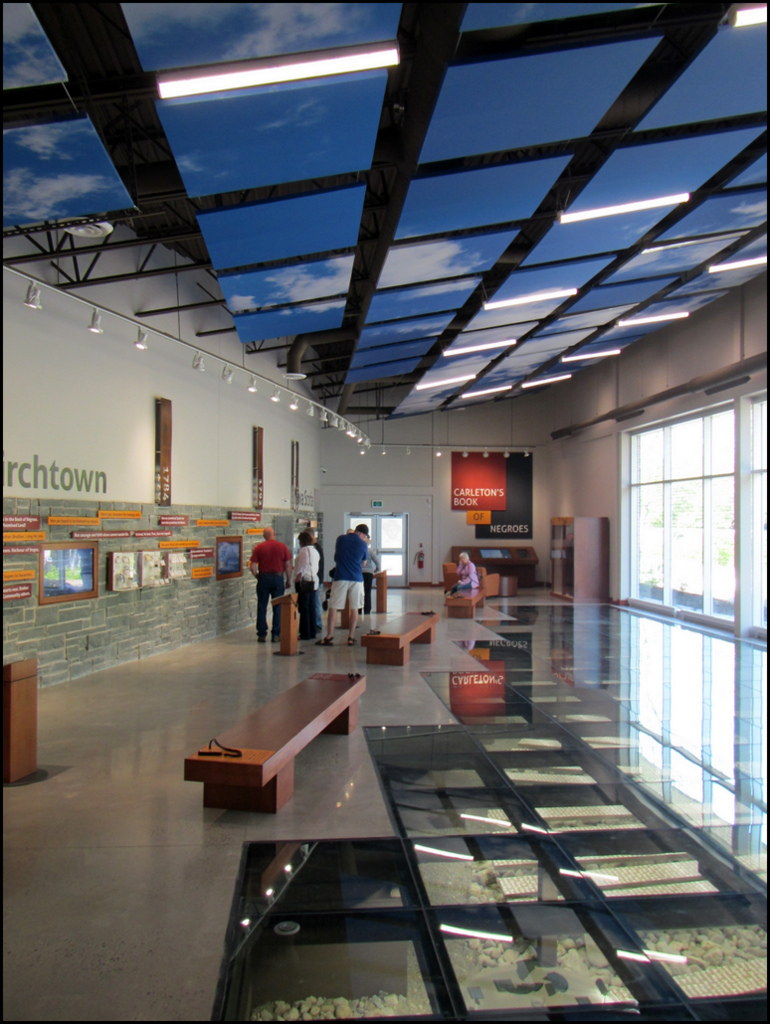 Walking the empty waterfront of Shelburne in the evening and in the morning is lovely. Make the effort to visit.  I’m sure you’ll enjoy it. 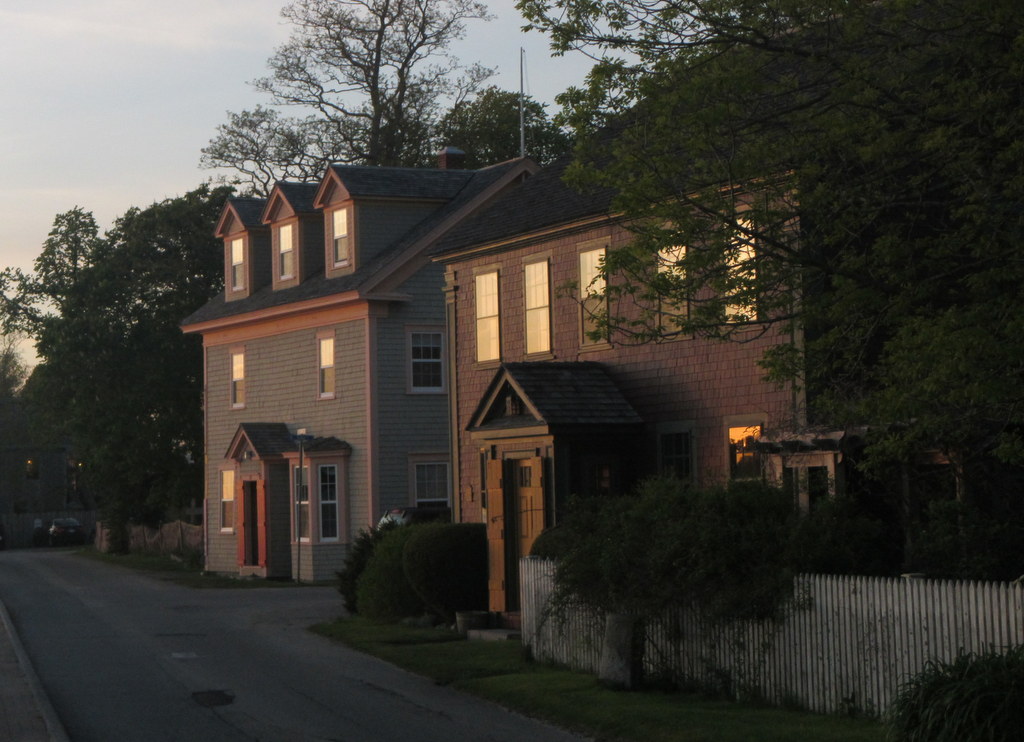 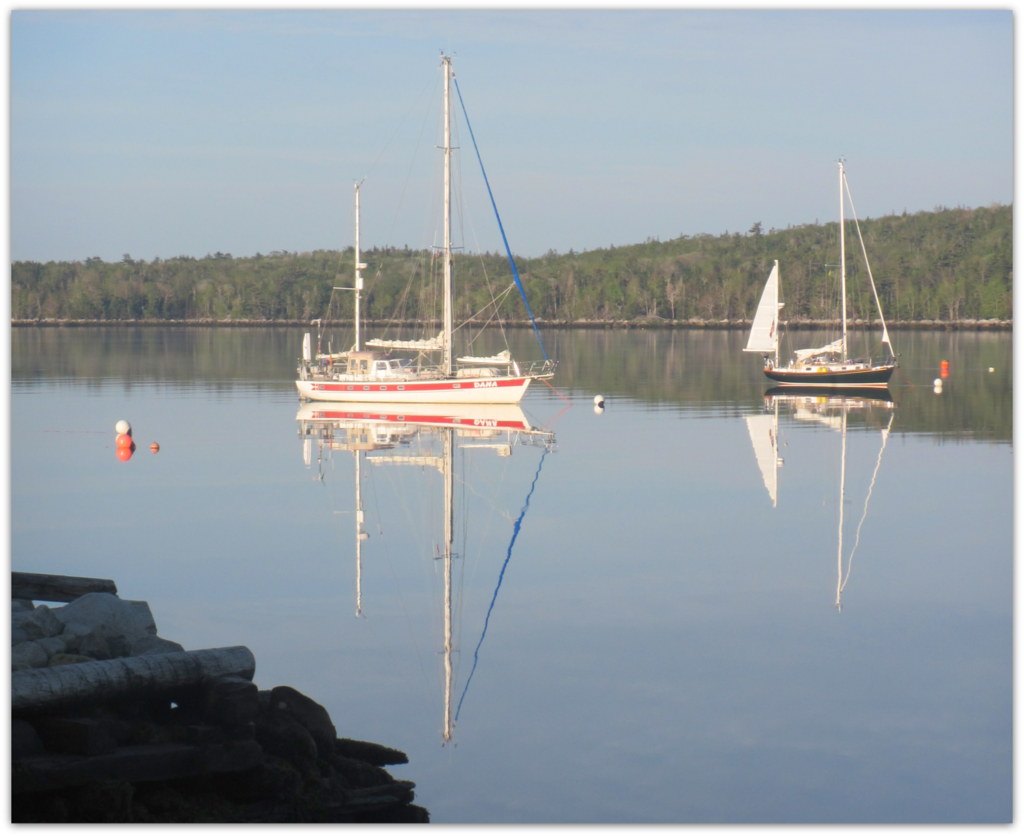