On Saturday I was transfixed when I opened Twitter and saw an amazing image of  of a team of oxen plowing a green field with the harbour and Halifax in the background. “So cool!” tweeted Mental Health NS and I agree. 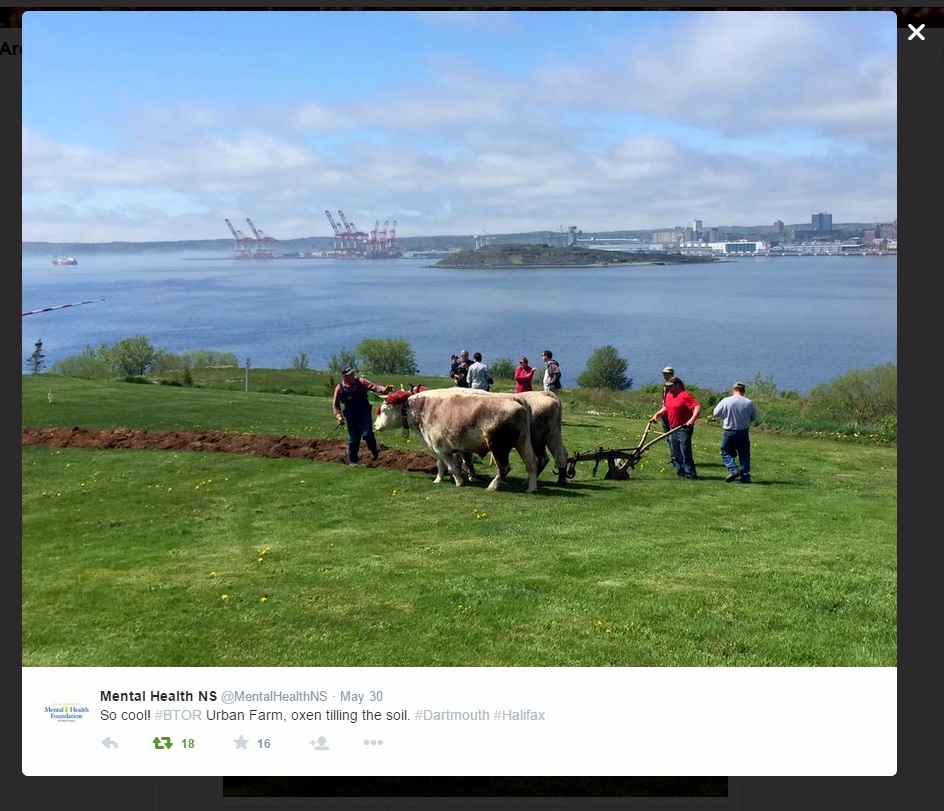 For me the ox + Halifax image evokes a long tradition or convention of rendering the distant city with some picturesque cattle in the foreground.  Consider this 1801 engraving by George Parkyns. A group of people are frolicking on the slope of Fort Needham with the spires of the city and Citadel Hill in the distance. To symbolize rural peace and tranquility we have  grazing cattle (and a flock of sheep thrown in for good measure).

A favourite and very cattle-centric  painting in the Art Gallery of Nova Scotia collection is by Henry Davis,  c1830.  This fanciful image, sort of from the Point Pleasant area,  has George’s Island in the background but is really an excuse to paint cows. The clouds reminded me of the oxen plowing photo. 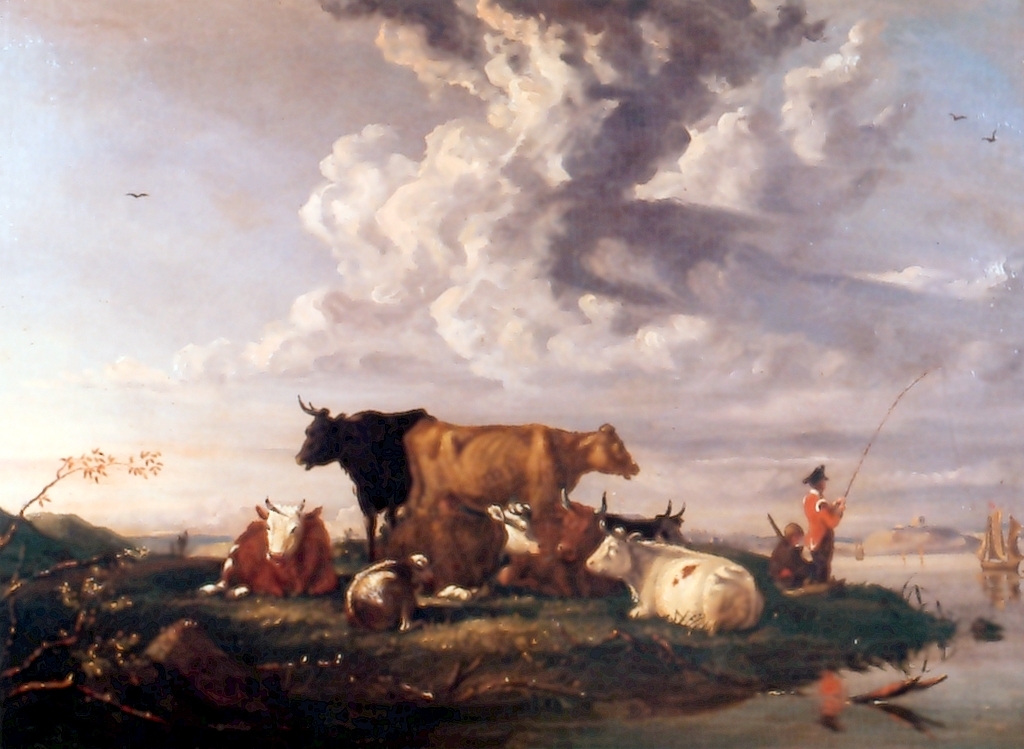 A late 19th century photograph is evidence that the cows were not all artistic licence. A  herd is grazing on the east slope of the Citadel. In the middle ground are buildings in Royal Artillery Park. The large roof that breaks the horizon line is the still existing Fort Massey Church.

Keep your eye out for similar views from the countryside into towns and watch for picturesque livestock (I can think of several other Halifax views with goats).

Nova Scotia has a grand ox heritage and an ox culture stills seems to be alive.  It would be fun to see them make appearances at more events.  Last summer we attended the sod turning for the new Learning Centre at Ross Farm Museum. Their team, with a couple of politicians handling the plow, made the show.  Sublime. 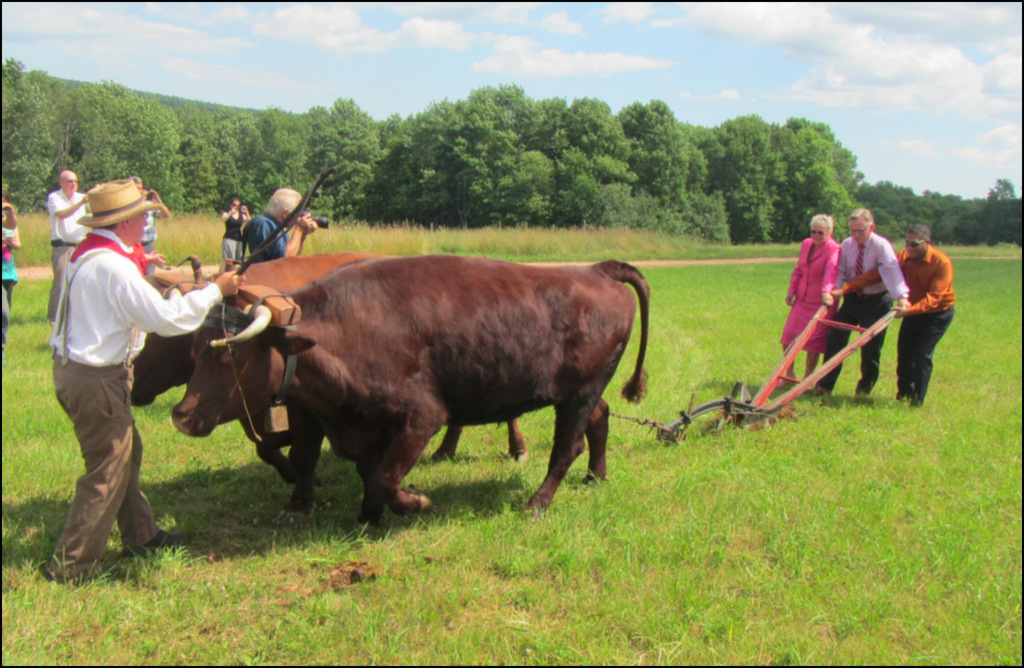 In the middle ground of the photo of cows grazing on Citadel Hill is a large formal looking building.  It was Morris Street School , at the head of Birmingham Street.  The photo suggests the gravitas the building must have provided for the Schmidtville area. 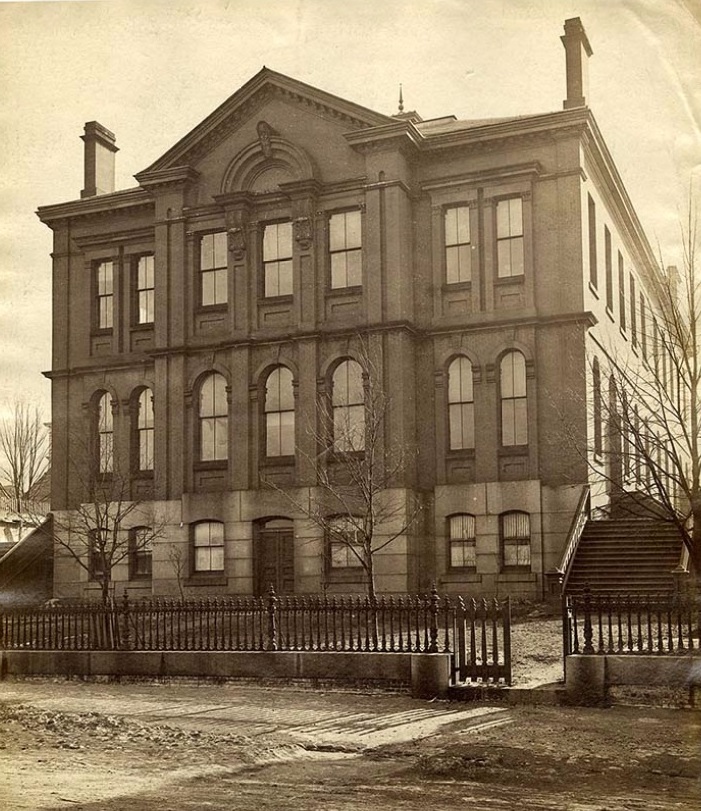