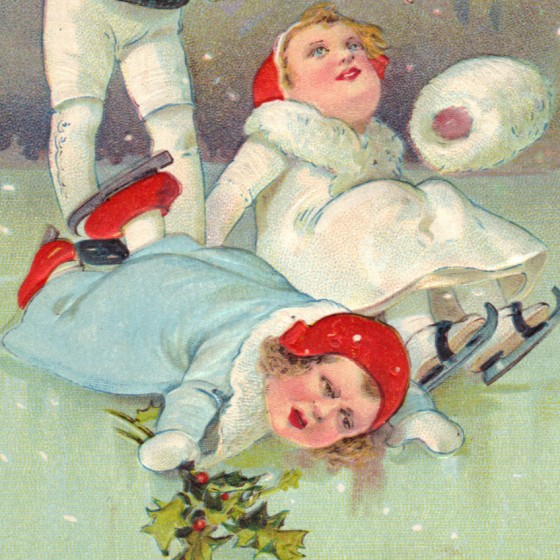 Any day now the skating Oval on the Commons will open for the season. I’m not a skater but this facility appears to be a great success. We have dropped by a couple of times and there is a great vibe with young and old gliding together.

Surprise! I have a couple of snapshots of vintage skating on the Commons in about 1966. That’s about all I know; I don’t remember how I came to take the pictures or even why I might have been there. 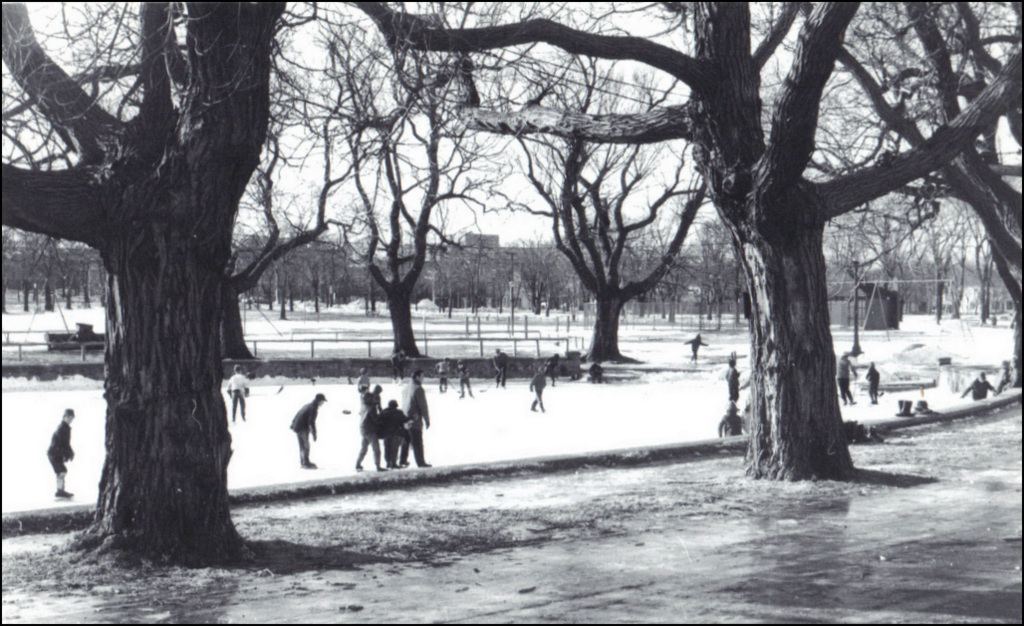 Folks are skating on the Egg Pond  that was used for wading and punting in the summer. This is now the location of the skateboard park.  The mature trees made it feel more park-esque. The ice  was natural  – frozen because it was freezing out.

I’m sorry that the Oval was not named The Egg (actually I’m sort of over it). 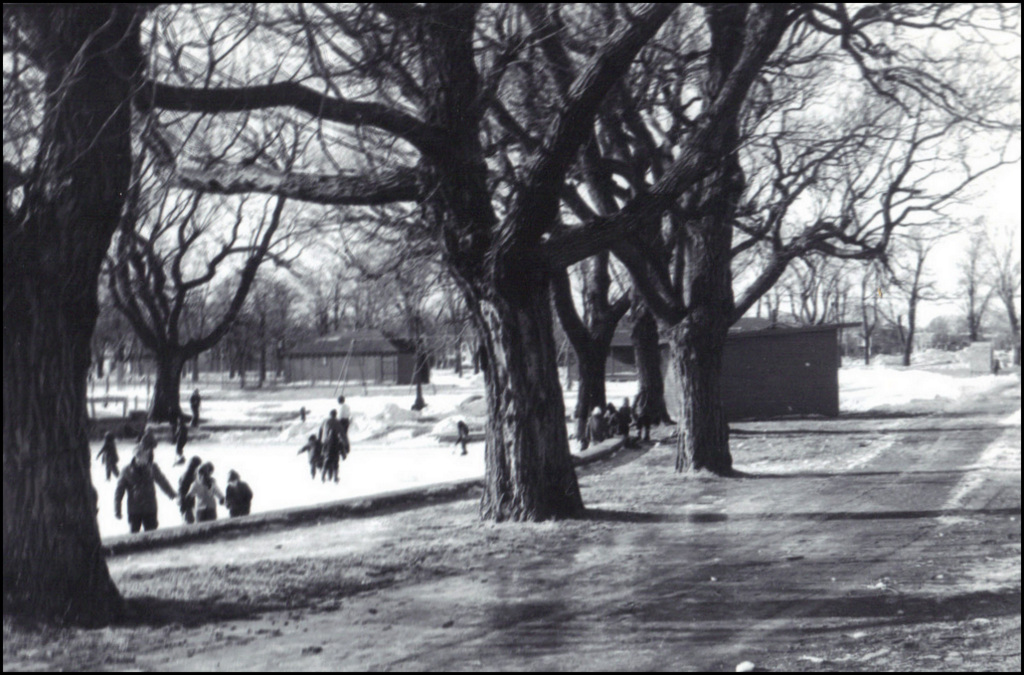 And to complete the post a couple of late 19th century cards with skating images. I’m particularly fond of this set.  Are muffs still a thing? 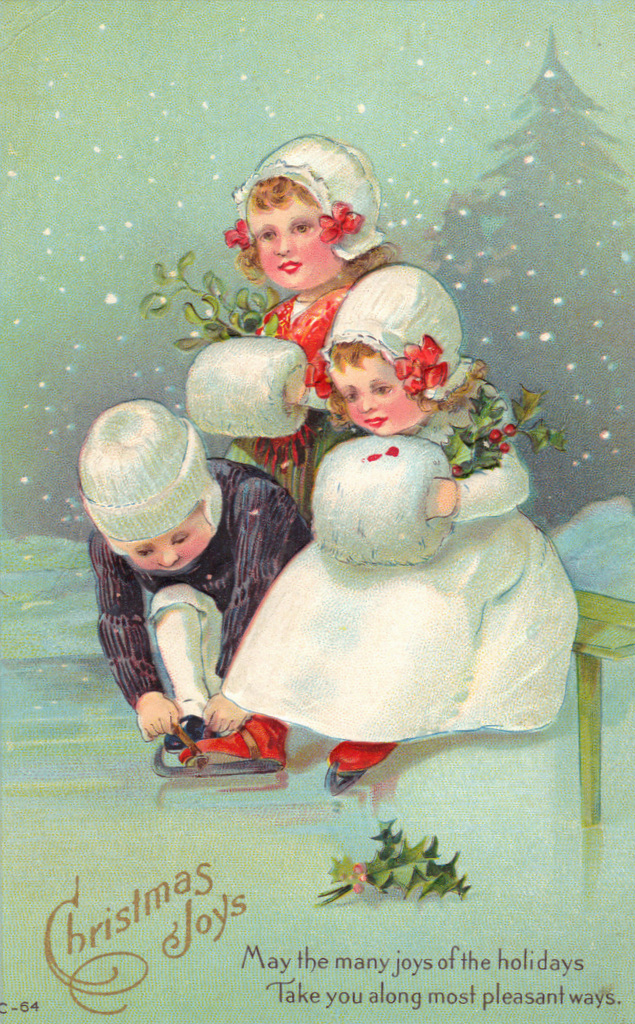 It’s bound to end in tears.  These guys would benefit  from these handy walkers they have at the Oval. The message on the card is peculiar; maybe it was translated from German. 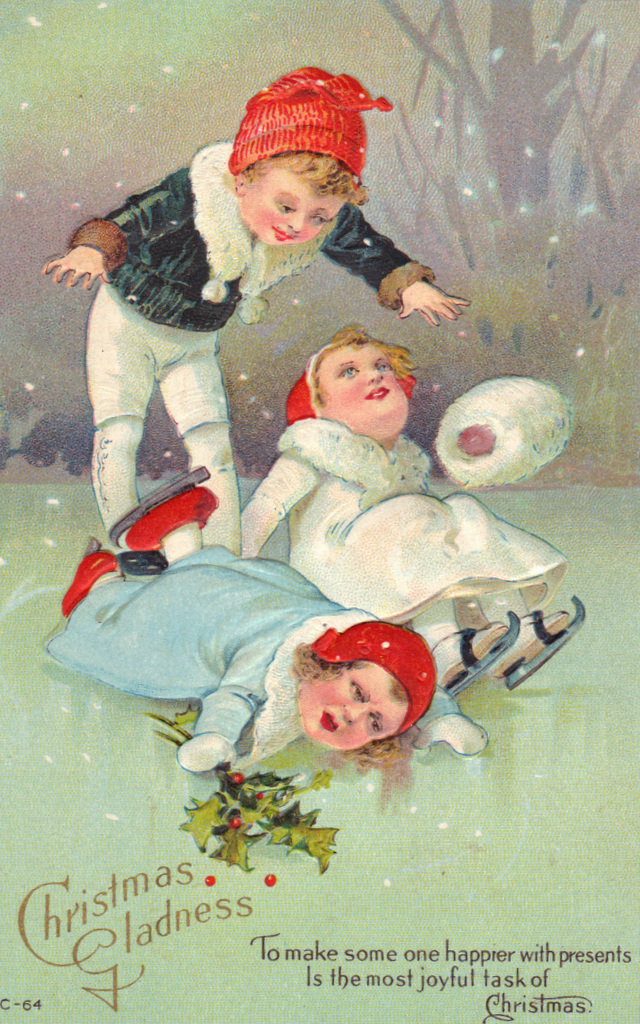 These twins are wisely giving the skating a pass. 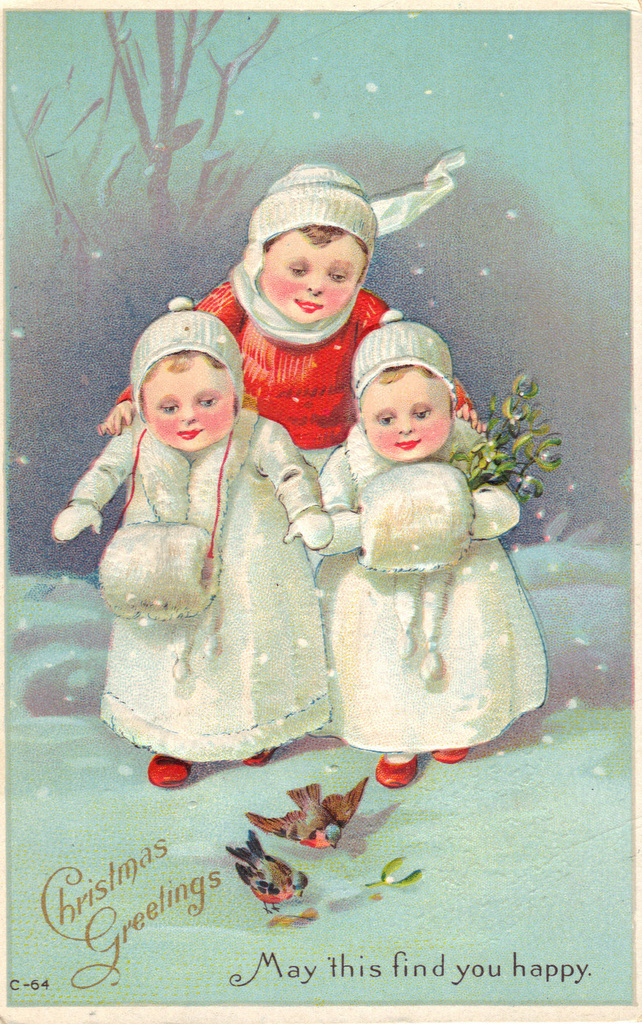