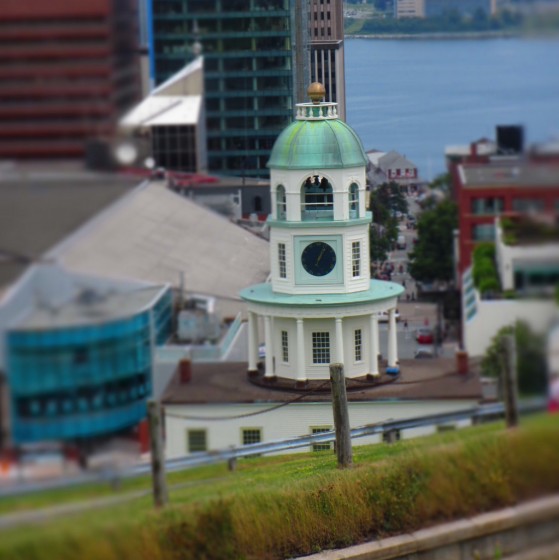 Alright, I know you’re getting weary but just one more day of touring in Halifax with cousin Betty from Mexico City.

The Public Gardens were of course on our list and if you know my interests you can imagine that we looked at cast iron:  fountains, benches and gates. Instead of heavy metal here are a couple of horticultural observations: it feels like Griffins Pond is transitioning to marsh but the chartreuse wetland  plants contrasted nicely with the pink dogwood. 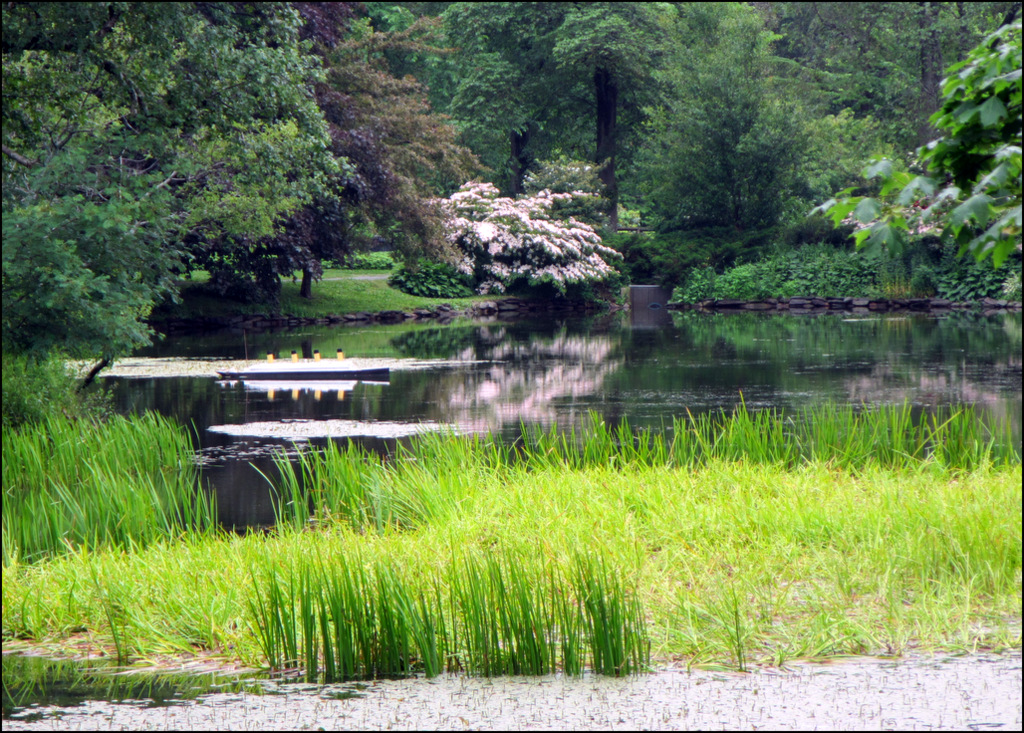 The carpet beds are always popular. This year one celebrates a Kings College anniversary.  I’m more enchanted by the detail than the whole composition. 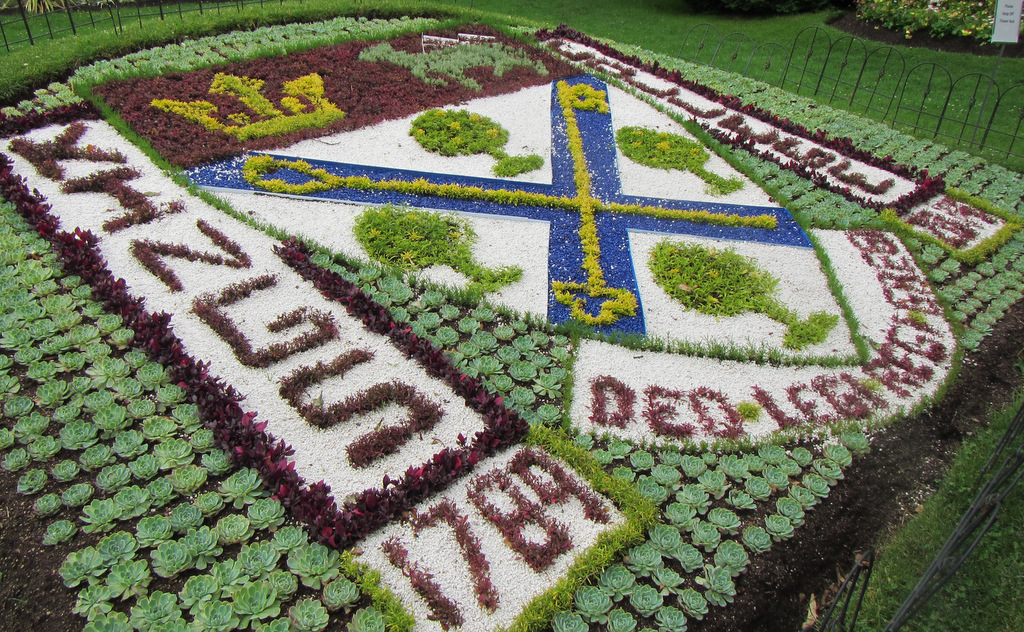 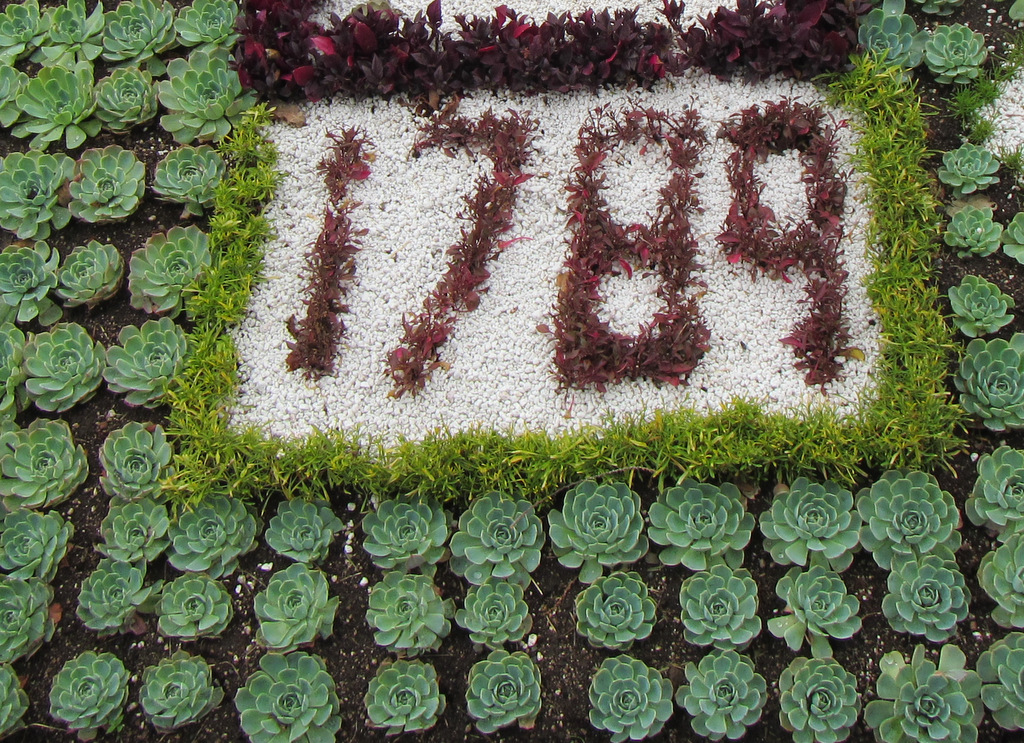 Our intention had been to just drive around the Citadel but we relented and went inside for the first time in living memory.  There was a moment in the 1970s when the Maritime Museum, History Branch of the Nova Scotia Museum,  Art Gallery of Nova Scotia and the Army Museum were all up there.  Then we visited a lot.

We entered to the sound of pipes and  there were little vignettes of military life all over the parade square for the duration of our visit. 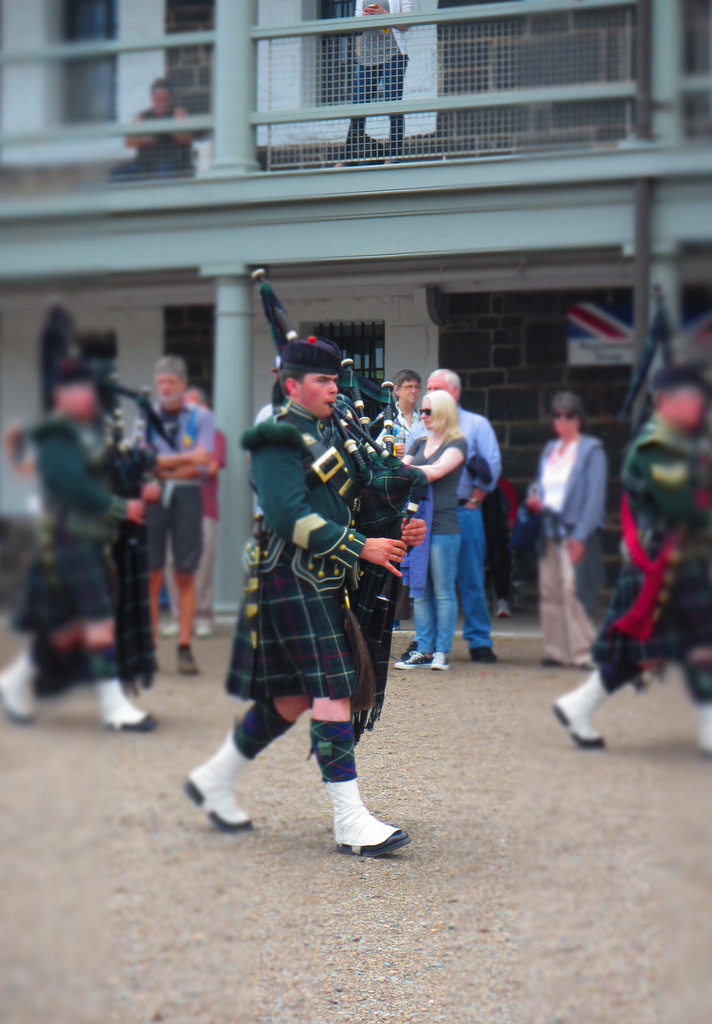 When we mounted the ramparts it did feel as if the fort has been overpowered.  I had never invested any capital in the views so I draw the line at noticing.

I have always thought the story of the commercial mast and its messaging has never been appropriately embraced by the down town of today.  In its day, in the 19th century, the mast was social media that was read by the whole community. 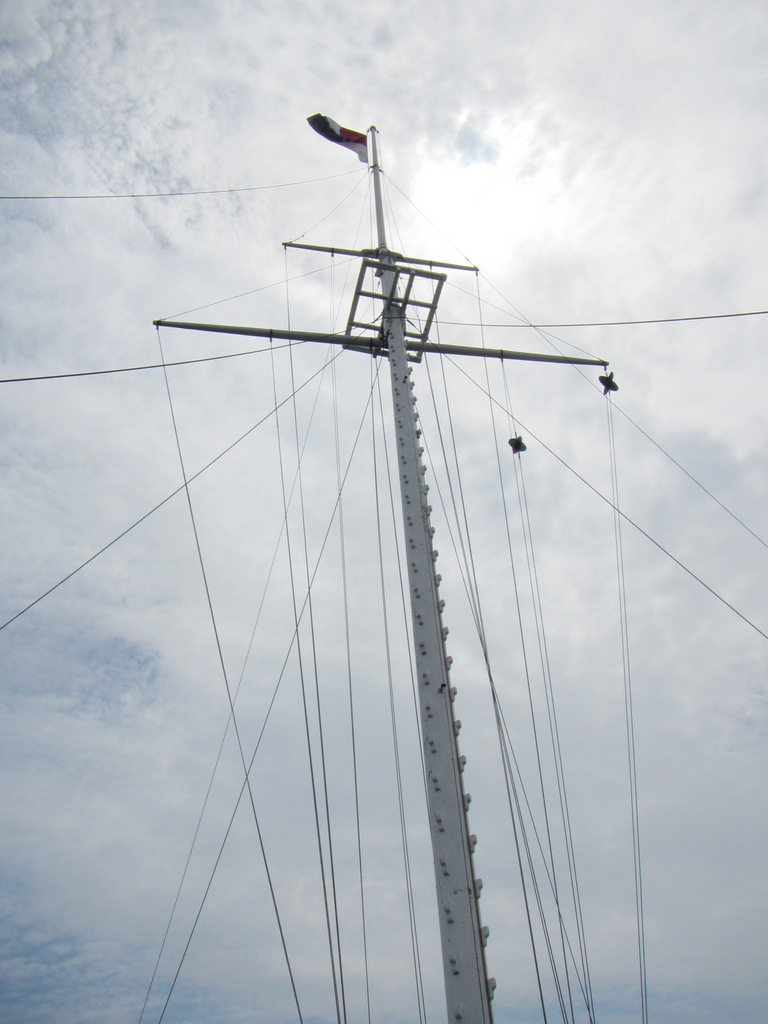 The Explosion is a story that most visitors don’t know  and it is a way for them to understand the city and  physics of anchor shank projection.  I had forgotten that architect Keith Graham  had designed the Explosion Memorial on Fort Needham (he also designed the Archives building).  I’m a fan of nicely detailed concrete and the memorial fits the bill. 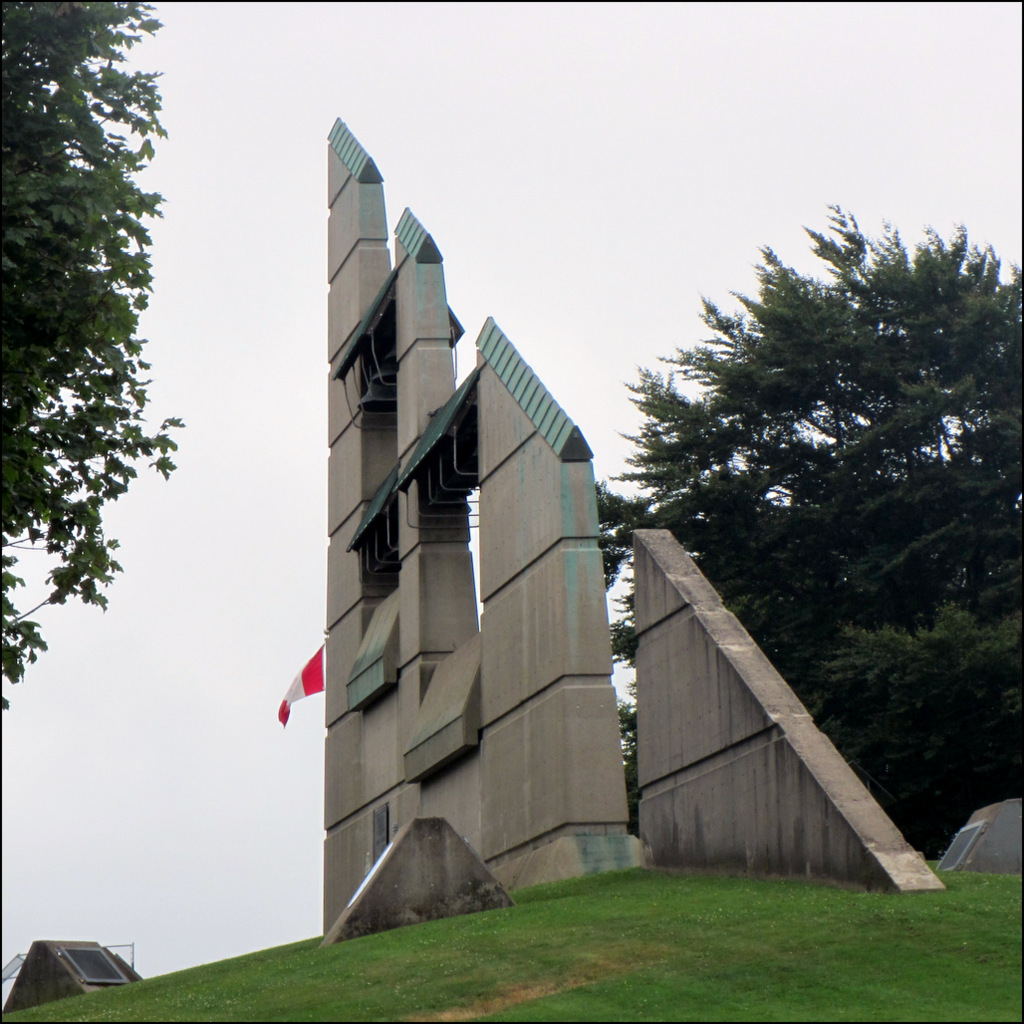 And as a special bonus there was one of the safe red swings hung from a tree next to the Memorial.  I surely do enjoy a swing. 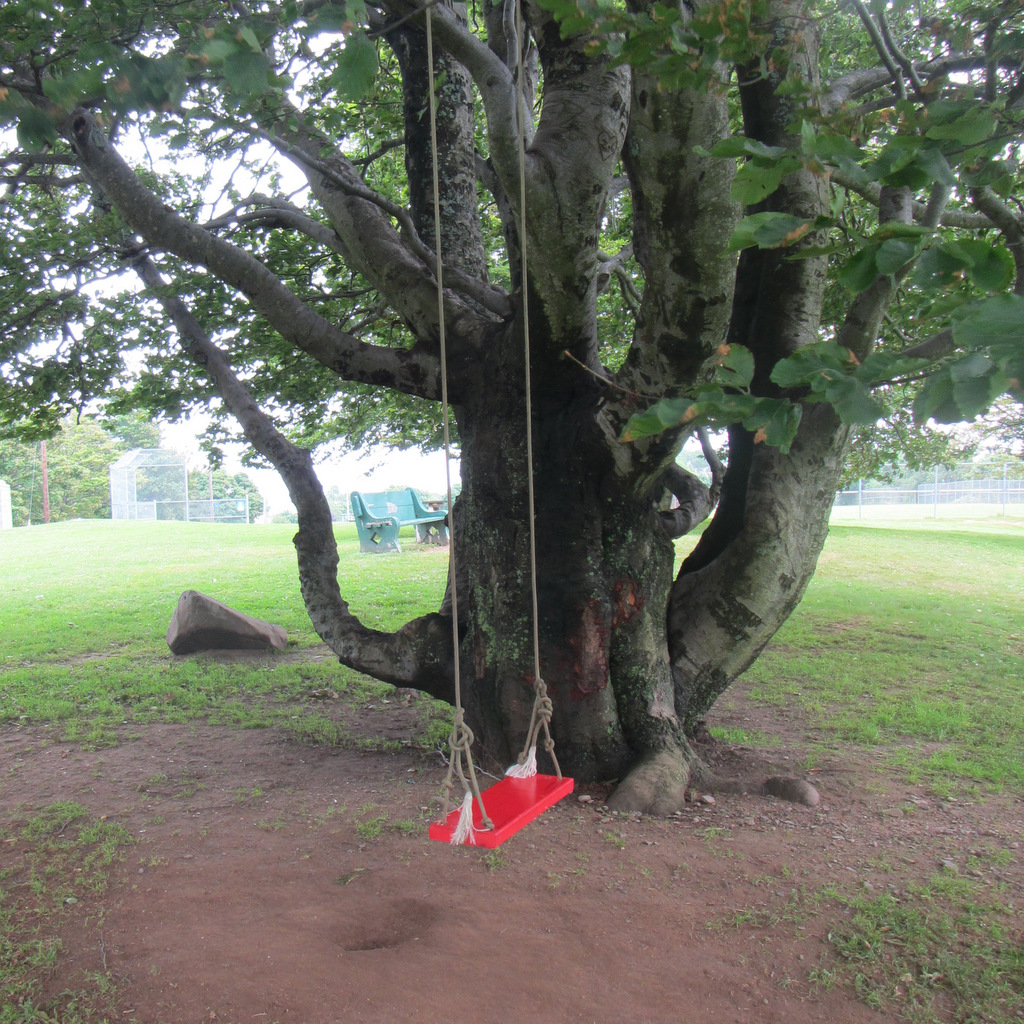 We had thought our tours were over when as an after thought we ventured into what I think of as the Hal Forbes District ( just up from Squiggle Park but Hal’s influence stretches farther afield). Betty was enchanted with the wooden buildings and the colour  palette so we stopped to walk a few blocks. 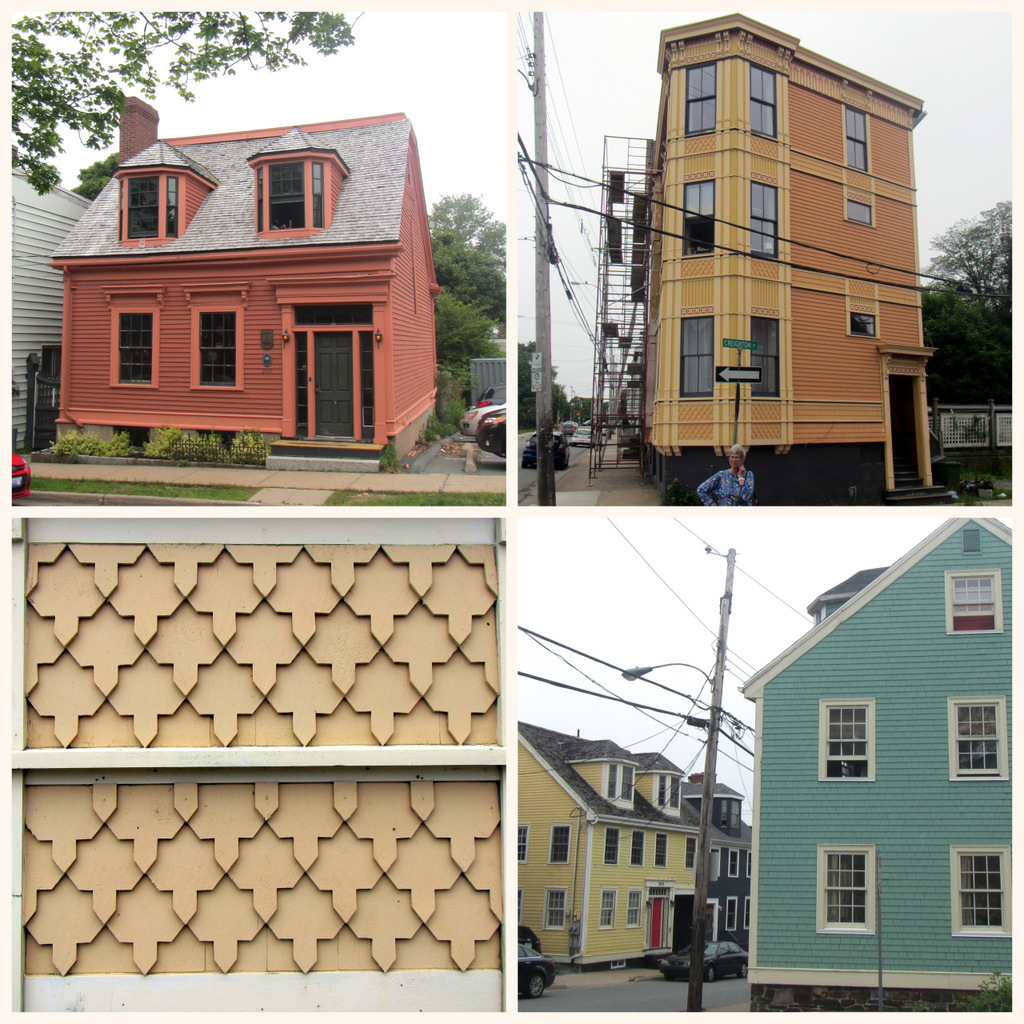 Cousin Betty is now safely back in Mexico but I may well be mining some of our touring experiences in the future. Be warned.