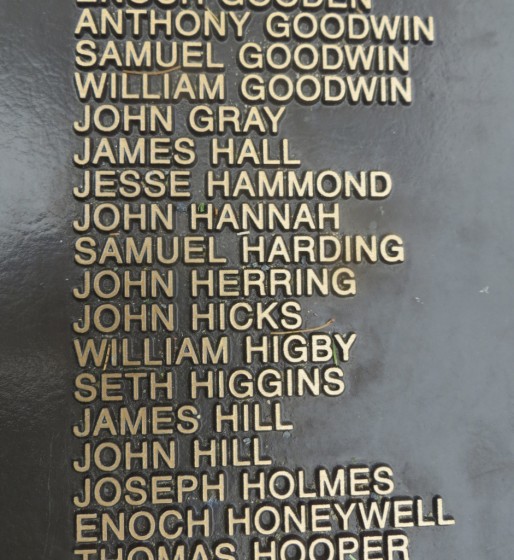 Like many folks, I drive by the sign to Deadman’s Island Park almost every day but have never made the effort to stop. Public service announcements for the annual Memorial Day ceremonies at the site reminded me of my resolution to visit and I did. The entrance is well marked on Pinehaven Drive, and there are a couple of parking spaces on the street. The path down to the site is steep but well constructed.

The short version of the history is that American prisoners of war during the War of 1812 were held on Melville Island, the present-day site of the Armdale Yacht Club. Nearly 200 of the prisoners died and were buried in graves (now unmarked) on the spit of land that became known, not surprisingly, as Deadman’s Island.  There are good interpretation panels, or you can read about it online. 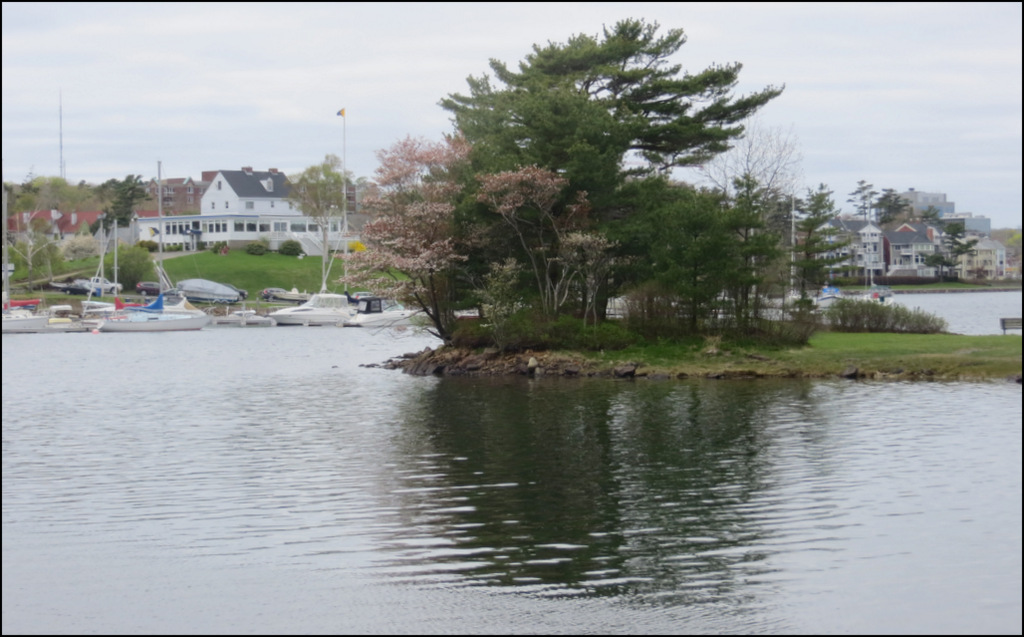 There is a big plaque with the names of the dead. The Memorial Day ceremony sounds like it will be stirring, with the American Counsel and our Rear Admiral and a wreath-dropping helicopter and a cannon firing (the area once was known as Target Hill because the Royal Navy used it for target practice with their cannon). 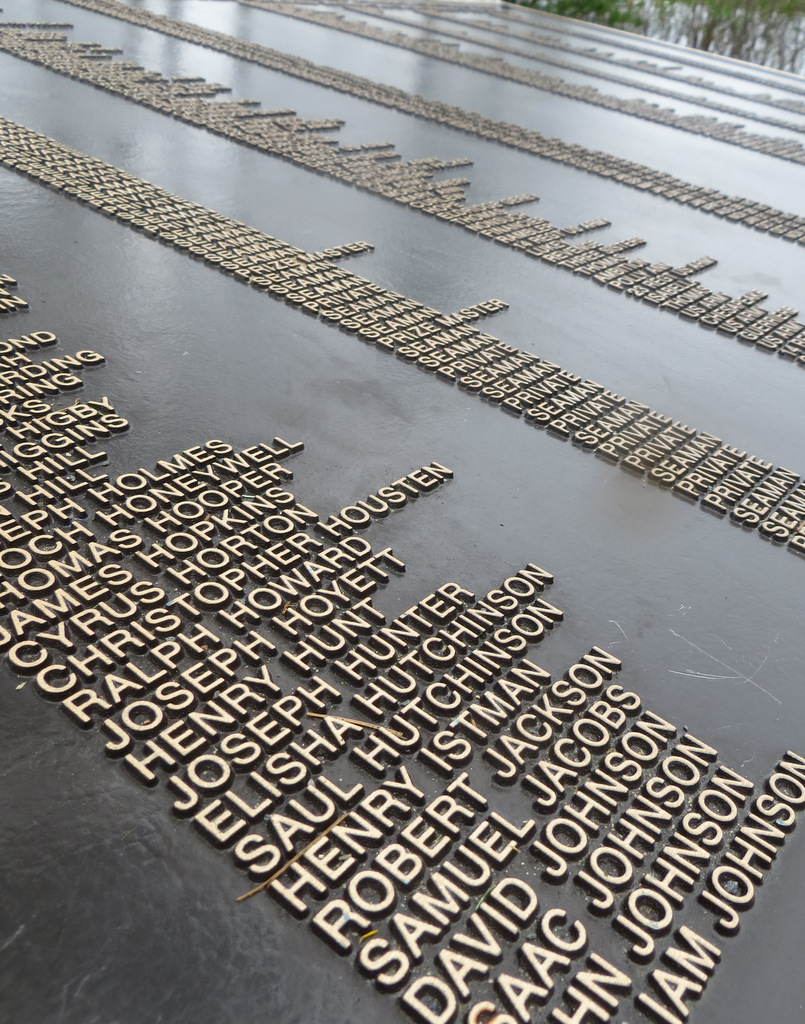 From my brief visit the charms of the site were the views of the Arm, some old grown hemlocks and pines and a hobblebush (Viburnum lantanoides ) in bloom. 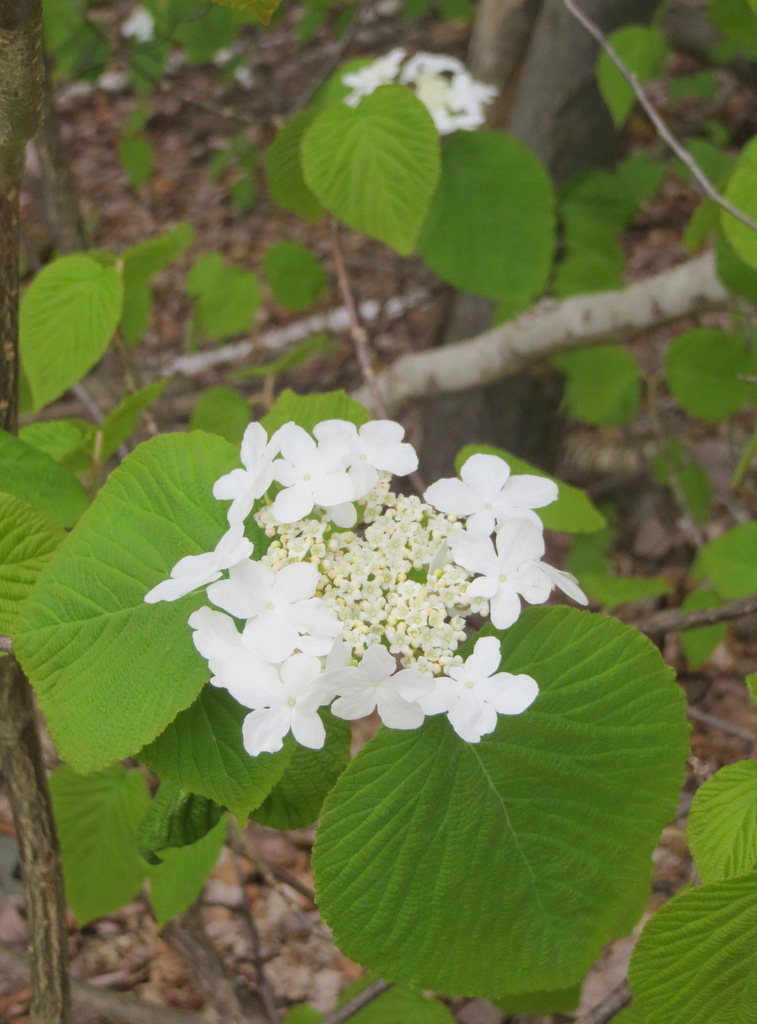 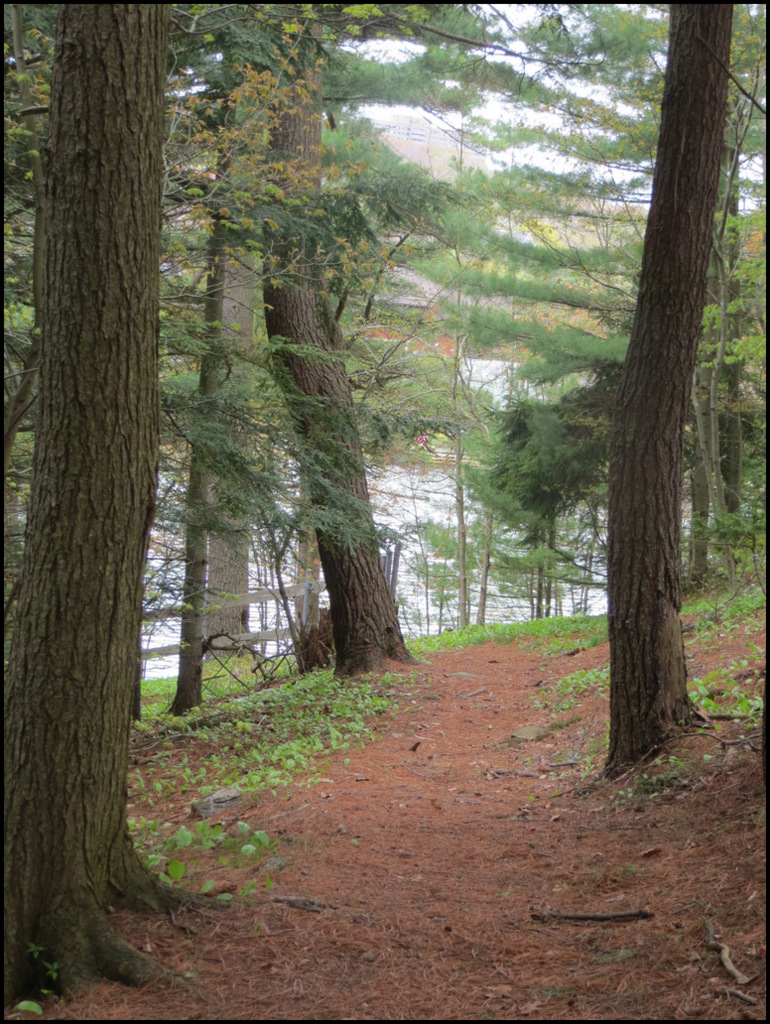 When I turned around to take one last look, there beside the blooming Indian Pear were the domes of St George’s Greek Orthodox Church. June 12-15 will be the Greek Festival – and Deadman’s Island could be a perfect place to bring your donair for a picnic. 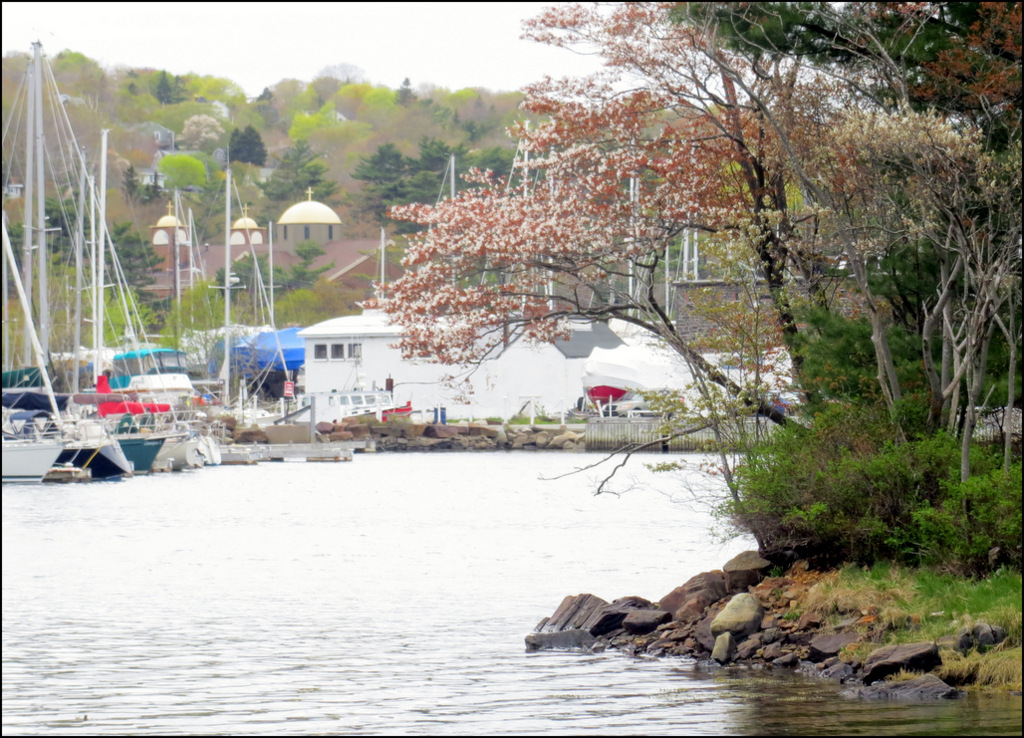