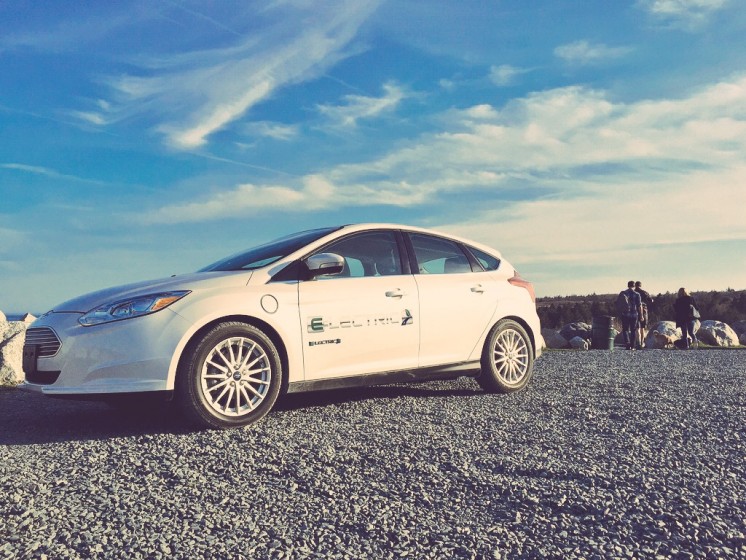 Over the long weekend, we had the chance to borrow a Ford Focus, a full electric car. It can go about 115 km per charge, so with that in mind we set out on an adventure that took us from Halifax to Sambro, an area packed with beaches, hikes, historic sites, ice cream shops, and ocean views.

This itinerary is a mix of those weekend adventures that you can mix and match or hit them all – the full route is just a little over 50 km round-trip!

We started at the new North End Farmers Market for picnic supplies. It’s Nova Scotia’s newest market and was the perfect place to find some ready-to-eat treats like lemon squares, salted caramels, and everything you’d need for sandwiches. I also picked up veggies and sausage for the rest of the week, and ogled the pretty hand crafted jewelry on display. 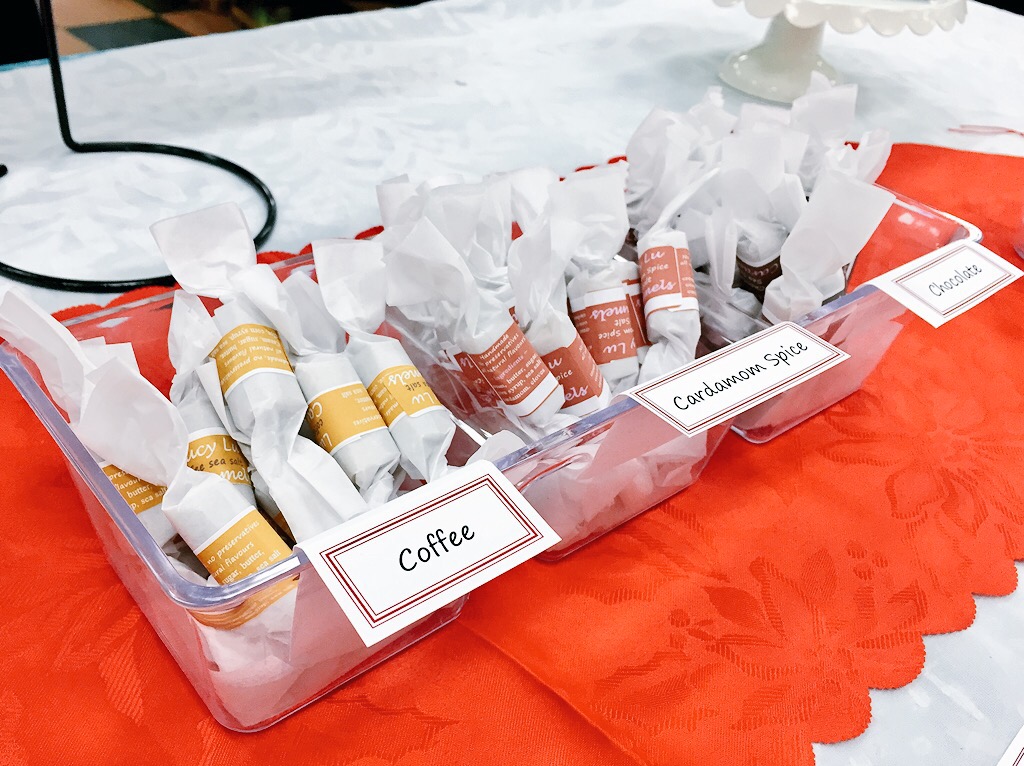 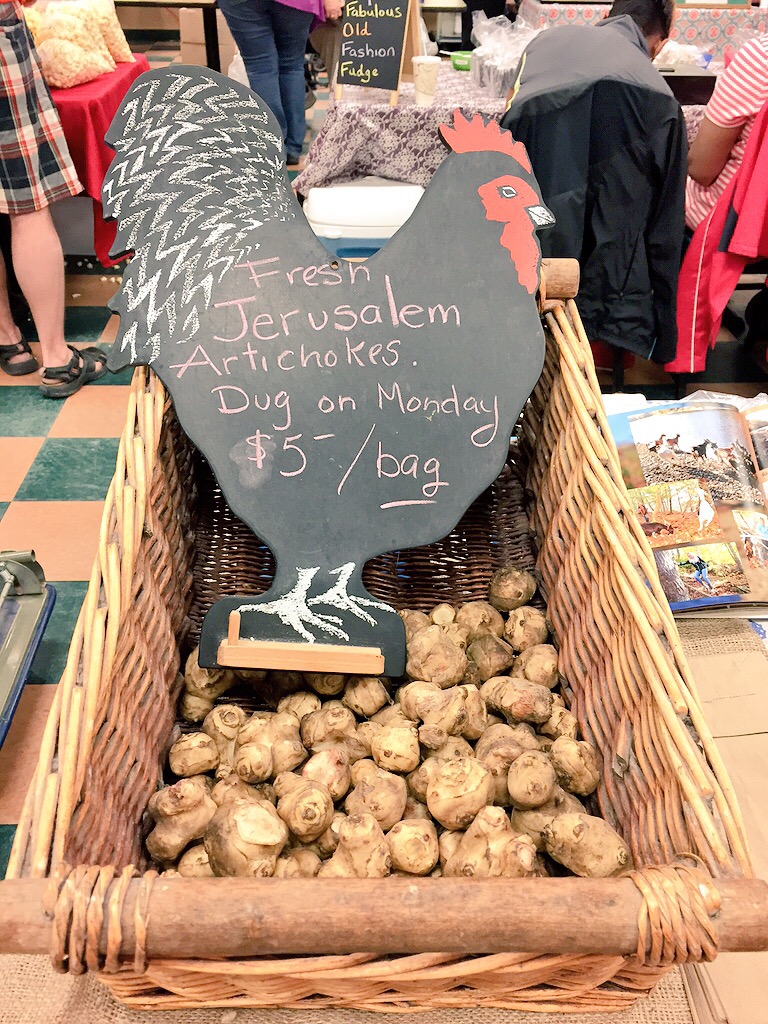 From the market we hit the road for York Redoubt. I love York Redoubt. It has much of the appeal of Citadel without the themed costumes and admission fee. In fact, it is part of the same network of forts built to guard the harbour as the Citadel. There are cannons and ocean views and it’s a great place for a little NS history lesson, a picnic, and a scenic walk. 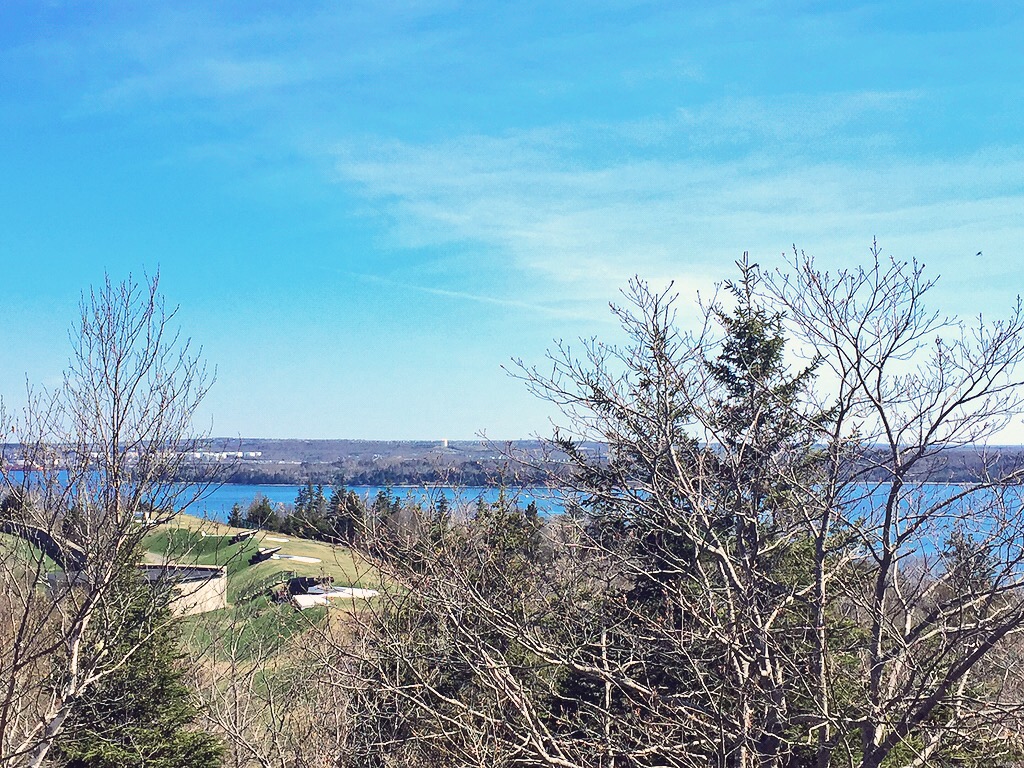 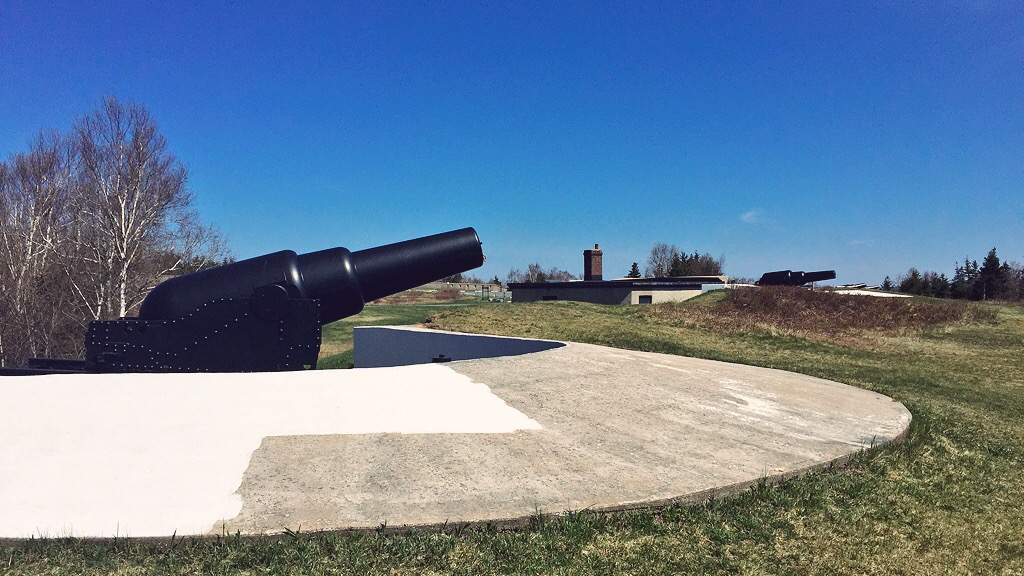 Next it was off to the “Look-Off” for some panoramic ocean views. The water was as calm as I’ve ever seen it, so we were able to get a bit closer and check out the colourful seaweed and jagged rocks and pools. 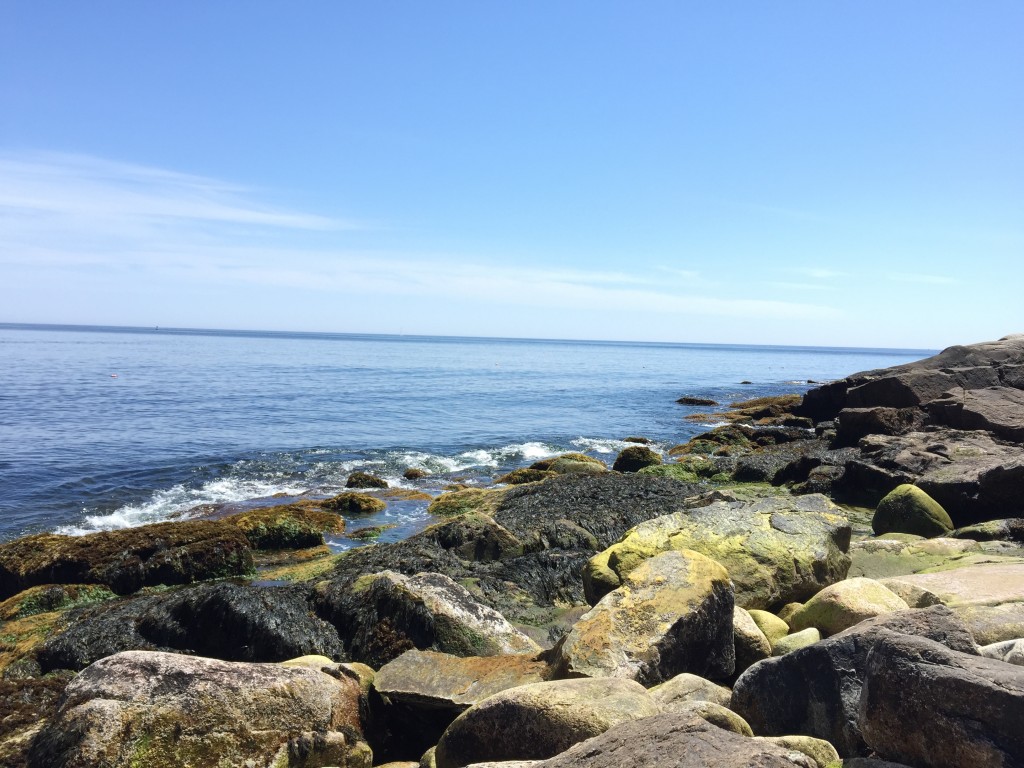 Just around the corner from The Look-Off is Pavia, a little taste of Italy in Herring Cove. They pull a mean espresso at Pavia, ensuring perfection by sending their barista to train in Italy. In the summer they serve Dee Dee’s ice cream, but we were just a few weeks too early for that. 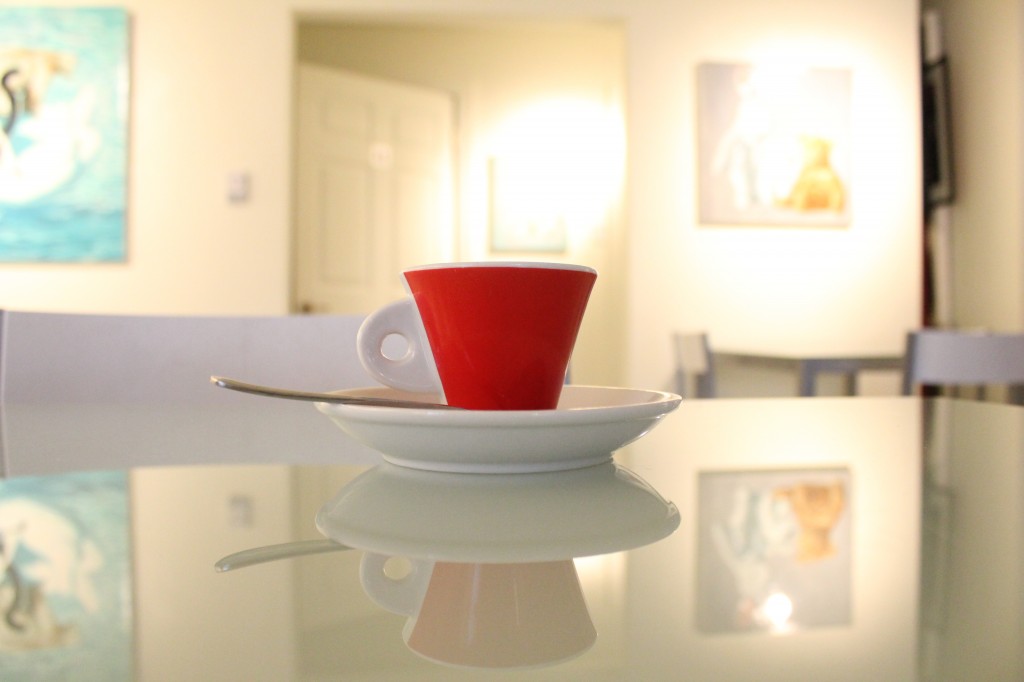 From Pavia, keep driving until you see the turn off to Duncan’s Cove for an unbelievable hike. Peggy’s Cove is just up the coast, and you’ll see similarities in the pale jagged rocks and sometimes intense waves. This weekend was the first time I’ve hiked the whole route, usually I just do a km or two. It’s 4 km each way and with the rough terrain it can take a few hours to hike the full trek. This cove guards the entrance to Halifax Harbour, and was thus guarded during WWII. There are two WWII bunkers along the route, one near the start of the trail and one near the end. 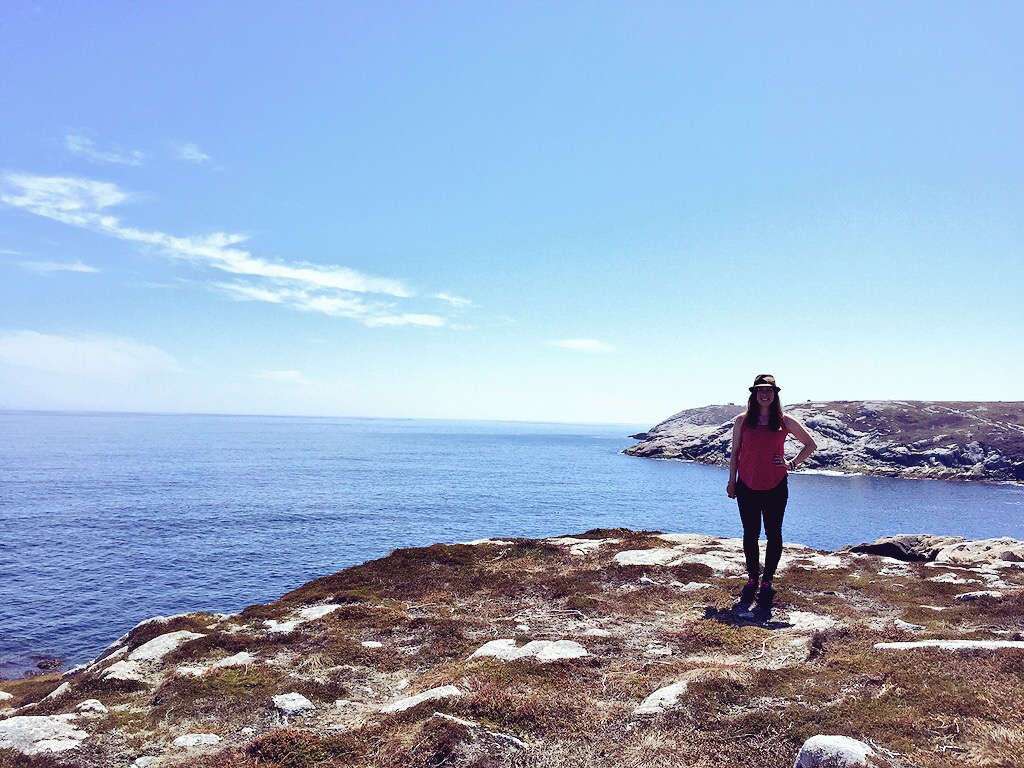 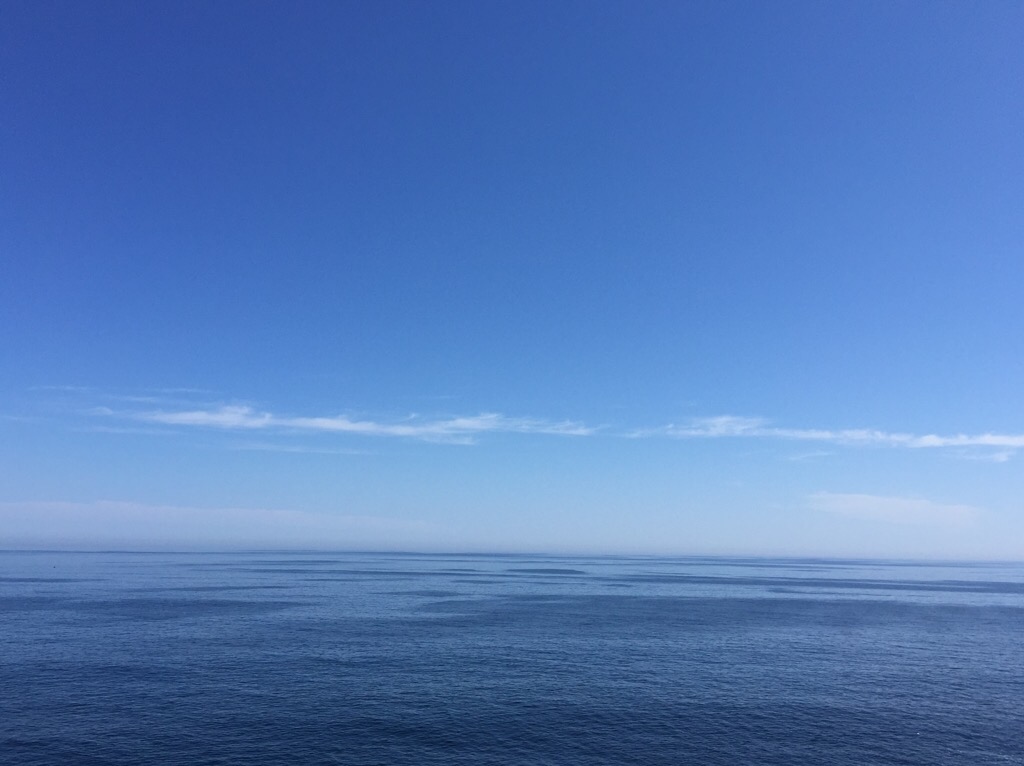 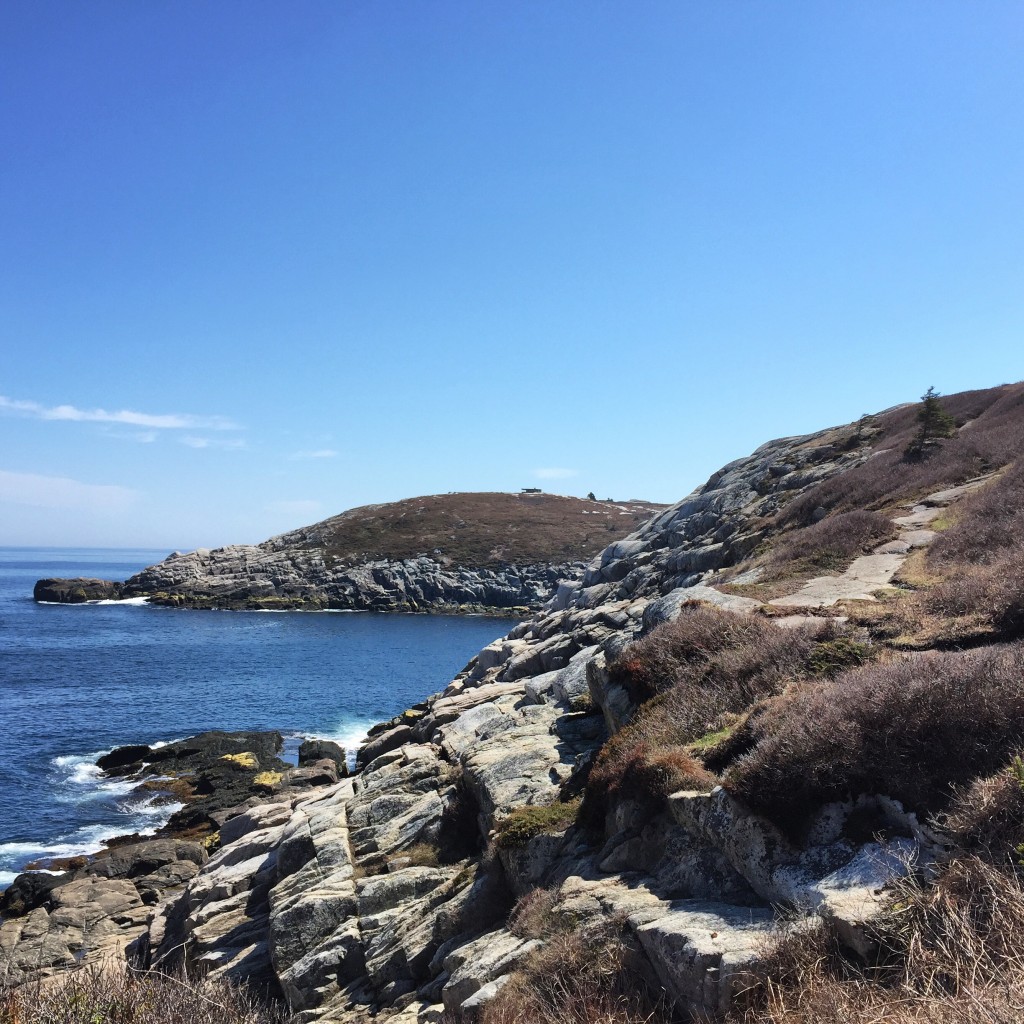 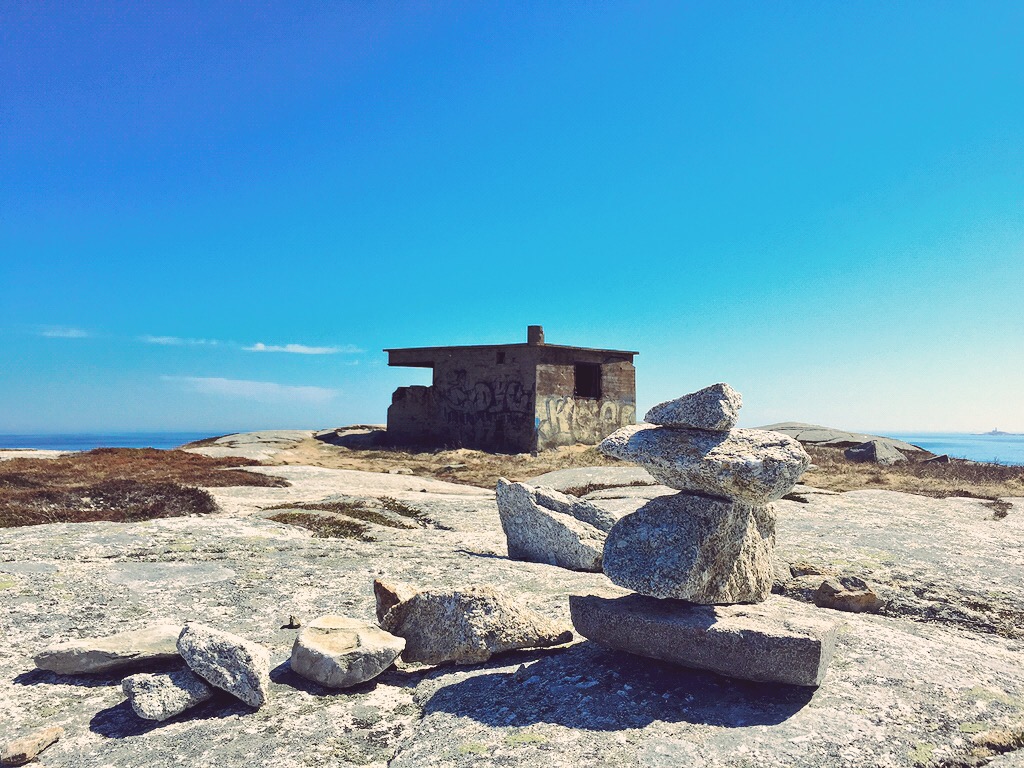 After a long, hot hike, all we wanted was ice cream, so we drove up to Mishoo’s, a shop that serves ice cream, take-out, and a huge and eclectic range of other food and convenience items near Crystal Crescent Beach.

The beach is a great final stop along this route. If you aren’t too tired from hiking Duncan’s Cove, the trails along the water here are worth a look. It’s a much easier trek than at Duncan’s Cove, though it also gets rocky once you’re a little way in.  We opted for a dusk picnic, instead. 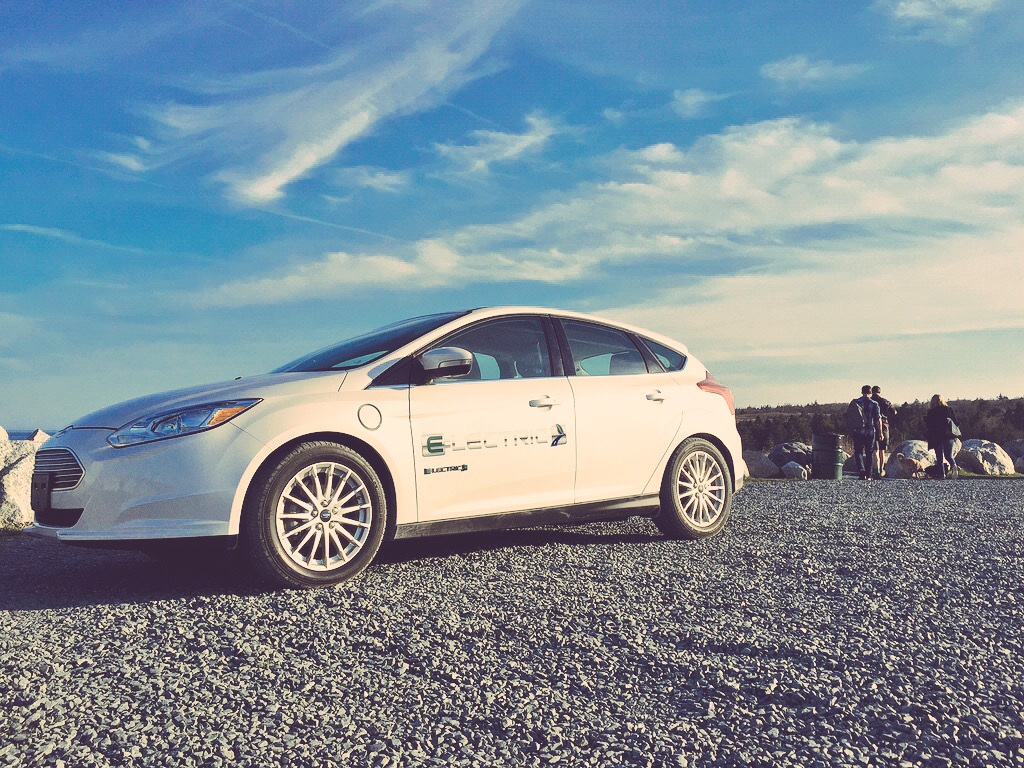 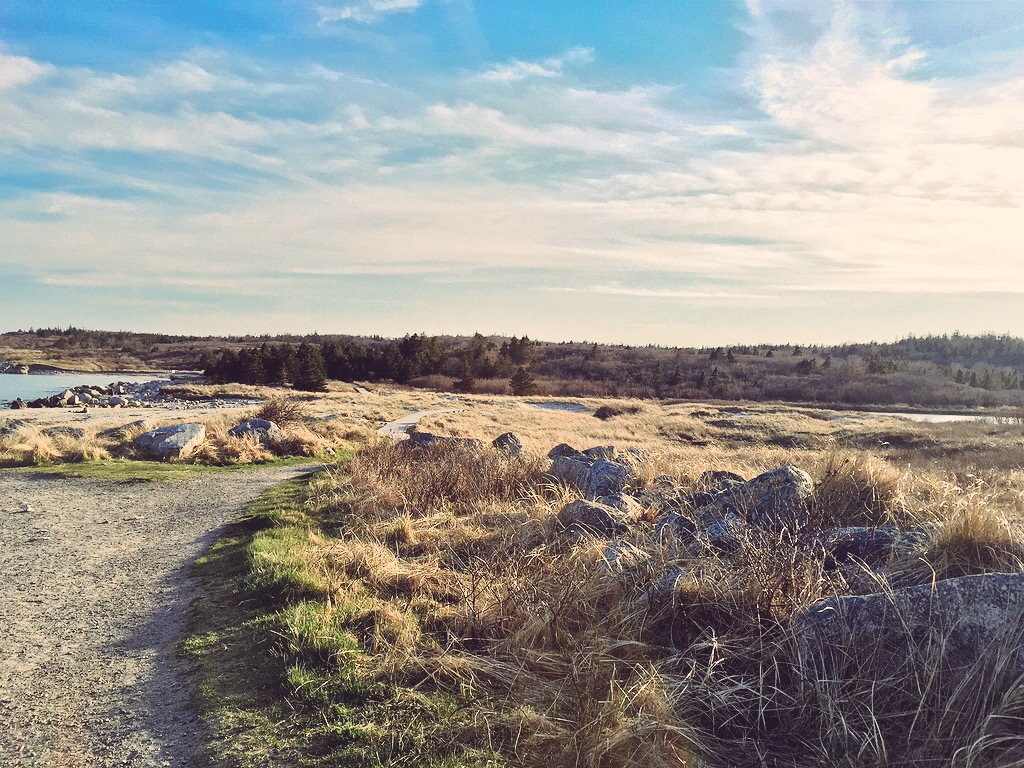 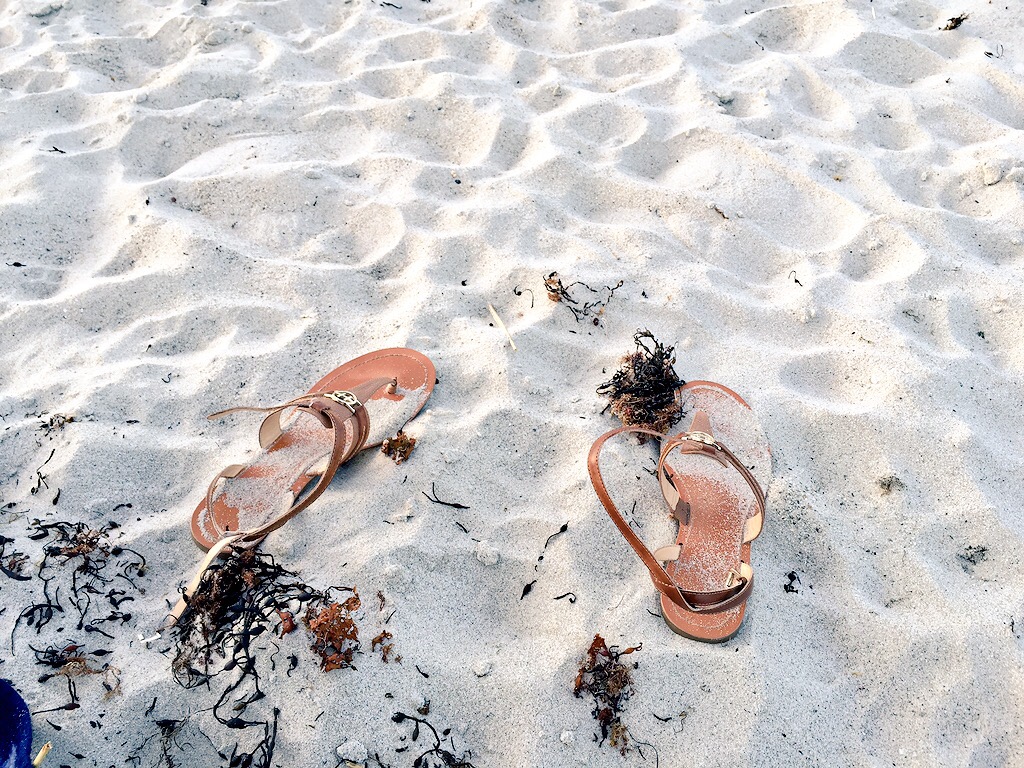 It was the perfect bit of nature therapy, and everything along this route is just 15 – 30 minutes from the downtown Halifax core. It’s on my list of the many things I love about our little corner of the world, that you’re able to be out in nature just minutes from the urban centre.

I’ve been wanting to try out an electric car for a few years now. I really wanted to like the Ford Focus, and there were many things that I did like. It costs just $3 in electricity to fill, it’s a blissfully quiet drive, it has all the amenities you’d expect in a newer model car, it was far cheaper than I expected a full electric to be, it was a comfortable ride, and clearly it can get you to some really beautiful places outside your regular commute.

But as a frequent traveller, the distance between charge stations paired with the 4 hour+ charge time were frustrating. There are many charge stations in the city but the ones we tried to visit were either in use, you couldn’t park near them, or too far away. There are many charge stations posted around the province, too, but they were just a little too far from each other to be able to make it from one to the next in one charge. We think the electric car would be a great option for someone who primarily uses a vehicle for work and to run errands around the city, and not so great for serious road-tripping; at least, not until there is an increase in infrastructure. But that $3 fill is pretty tempting… how does that compare to your last trip to the gas station?

Thanks to Ford and the team at Halifax Steele Ford on Windsor for inviting us to test drive an electric car and to our friends for tagging along on various parts of this route. Even Charlie brought a few friends. 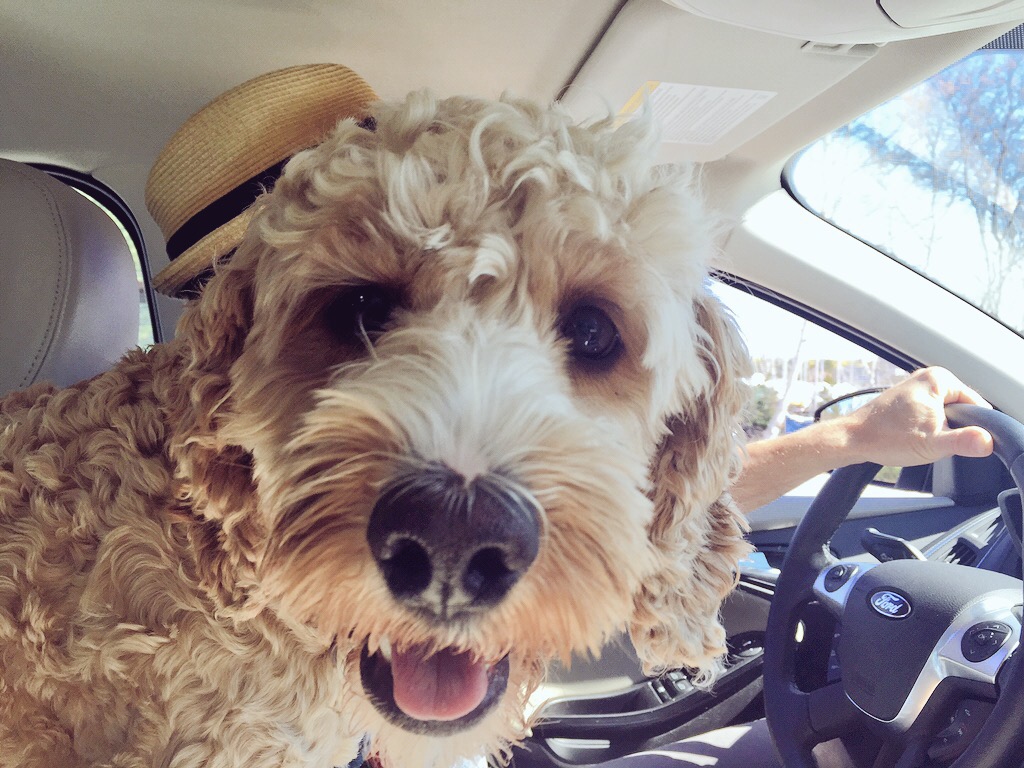 If you’re looking for more adventures close to Halifax, check out these 12 Day Trips Within Two Hours of Halifax, or our recent itinerary from Halifax to Hubbards.