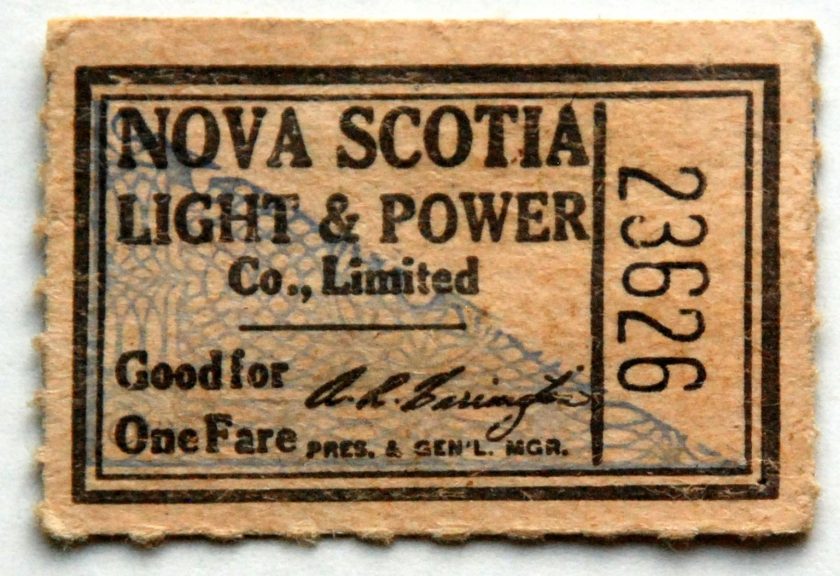 Have you been following all the fun people are having with Halifax Transit’s announcement of a new BIG ticket? Fun and outrage. The new ticket will be the size of a $20 bill.

Suddenly folks are interested in ticket design, so it seems like the perfect moment to share my little collection of, and my enthusiasm for, tickets. Case in point, here is a 1960s Halifax bus ticket compared to the one now in use (and a loonie for scale). NS Light and Power operated the trolley buses that were powered by electricity. The signature of the President and General Manager is a nice formal touch. 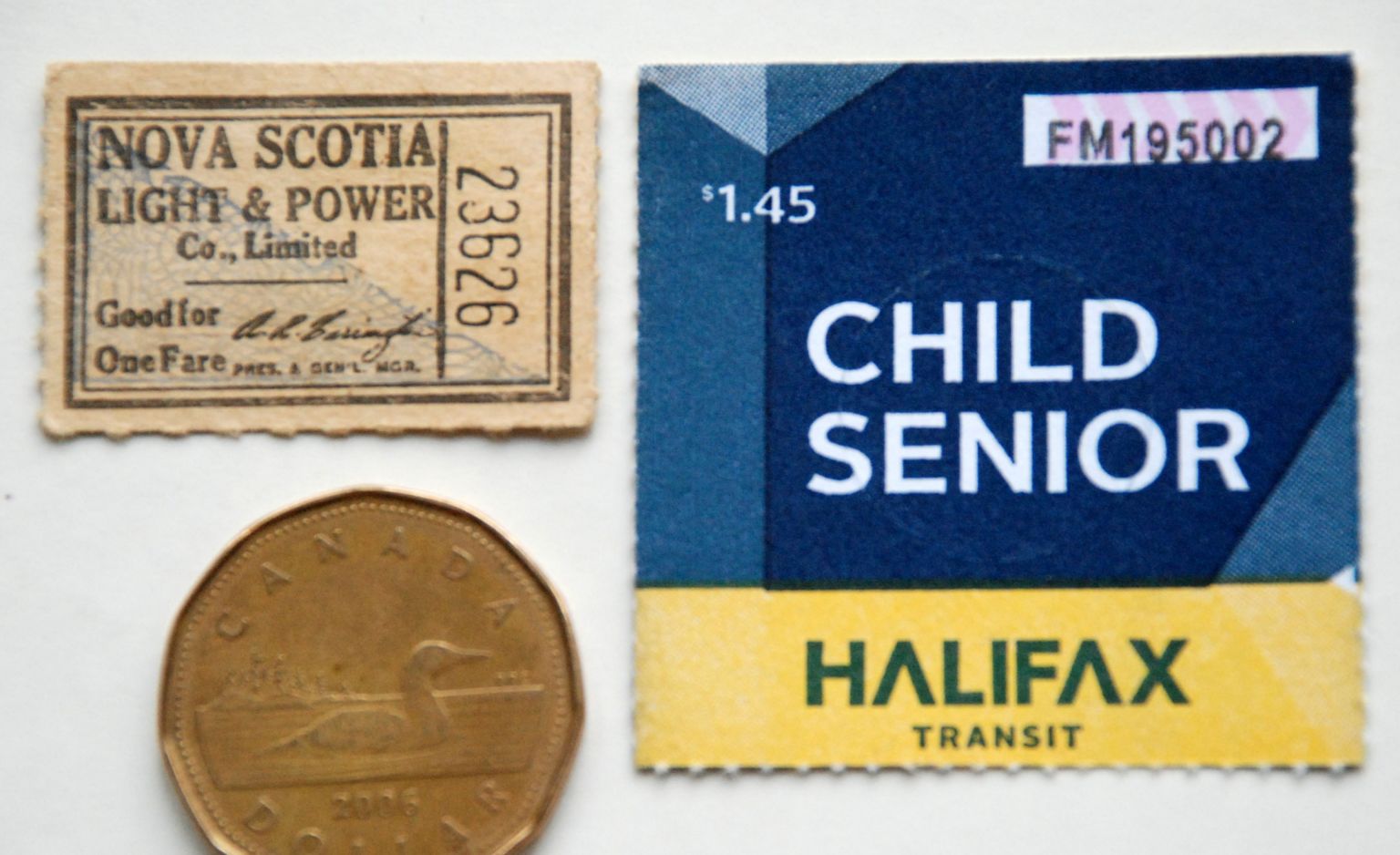 My interest in tickets is just part of a fascination with printed ephemera, all those little pieces of paper that are meant to be discarded. Tickets are the perfect example: they have one purpose, and after that they are worthless. Like these tickets saved from my year in England in 1972 (and a trip to Spain). 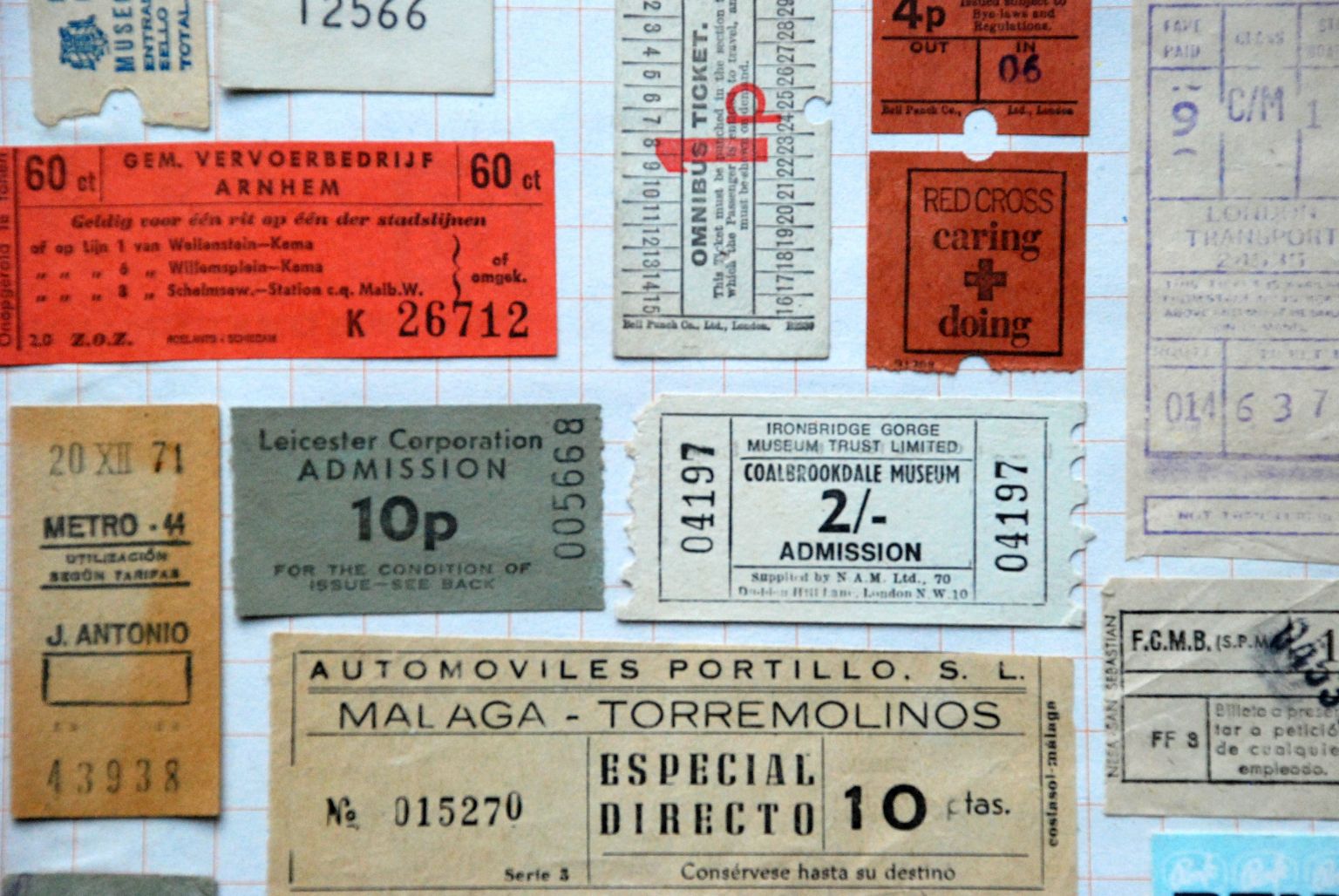 Most of these tickets were not self-consciously designed. Printers knew what tickets were supposed to look like. I’m charmed by their graphic quality; the variety of type faces and all the numbers. 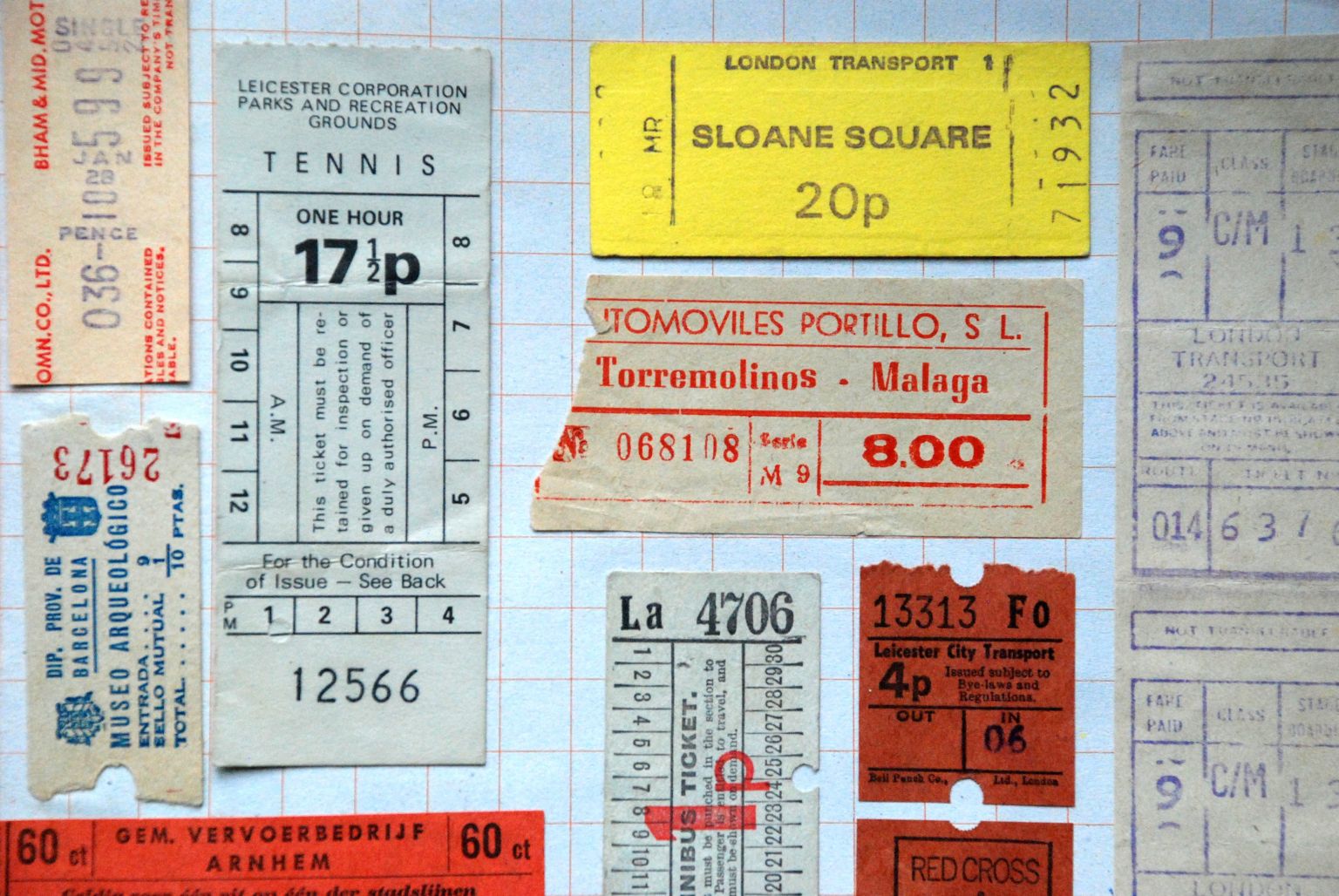 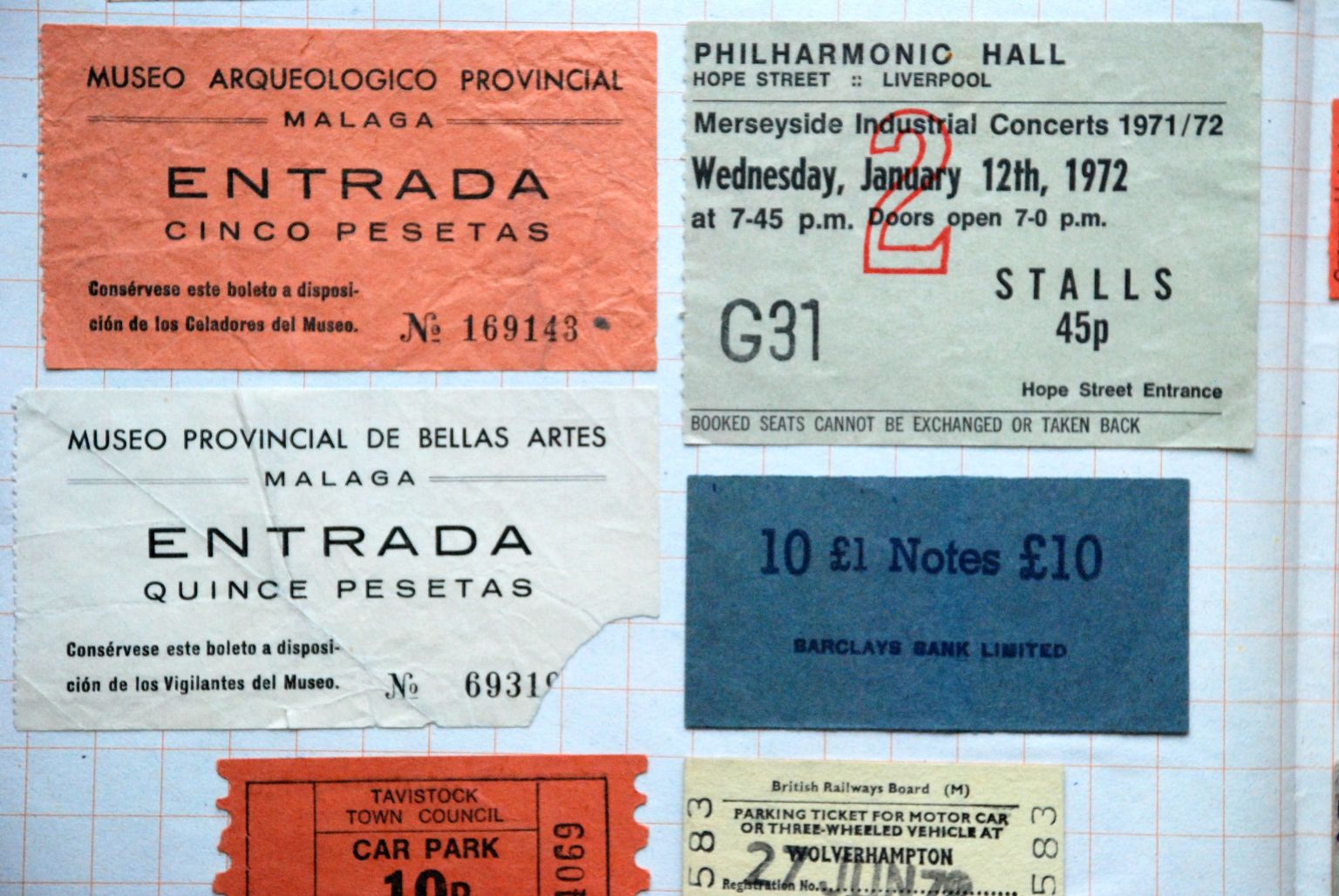 Sometimes tickets become souvenirs, like the time we saw the women’s final at Wimbledon (Martina Navratilova won it for the first time and beat Chris Evert). 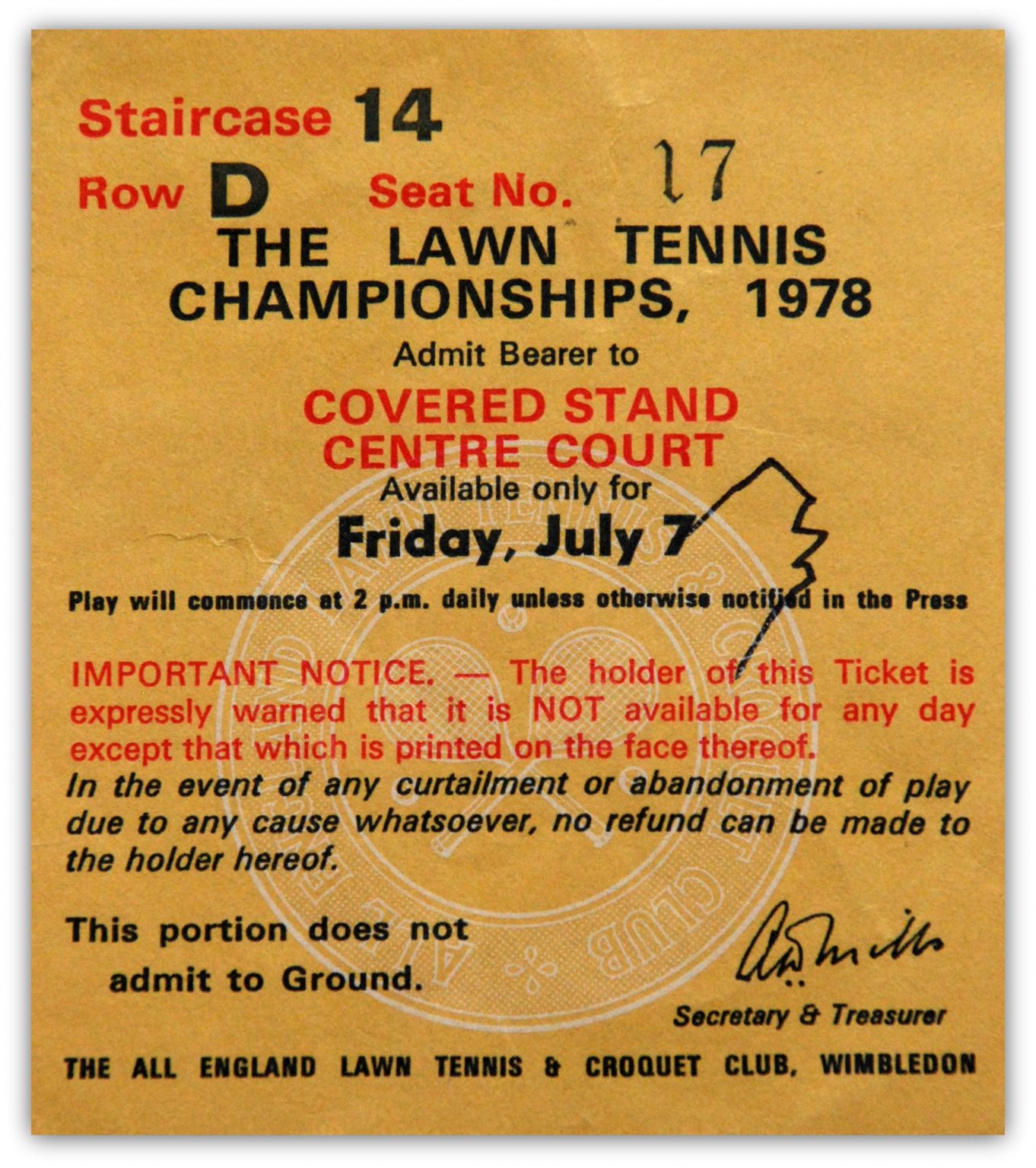 Or standing in the rain on the commons to see the Stones (and Kanye West too).

A few tickets have been saved because they speak of their moment in time. Forest spraying was very controversial at the end of the last century. You don’t get more local than a quilt draw on Valentine’s Day in Framboise. 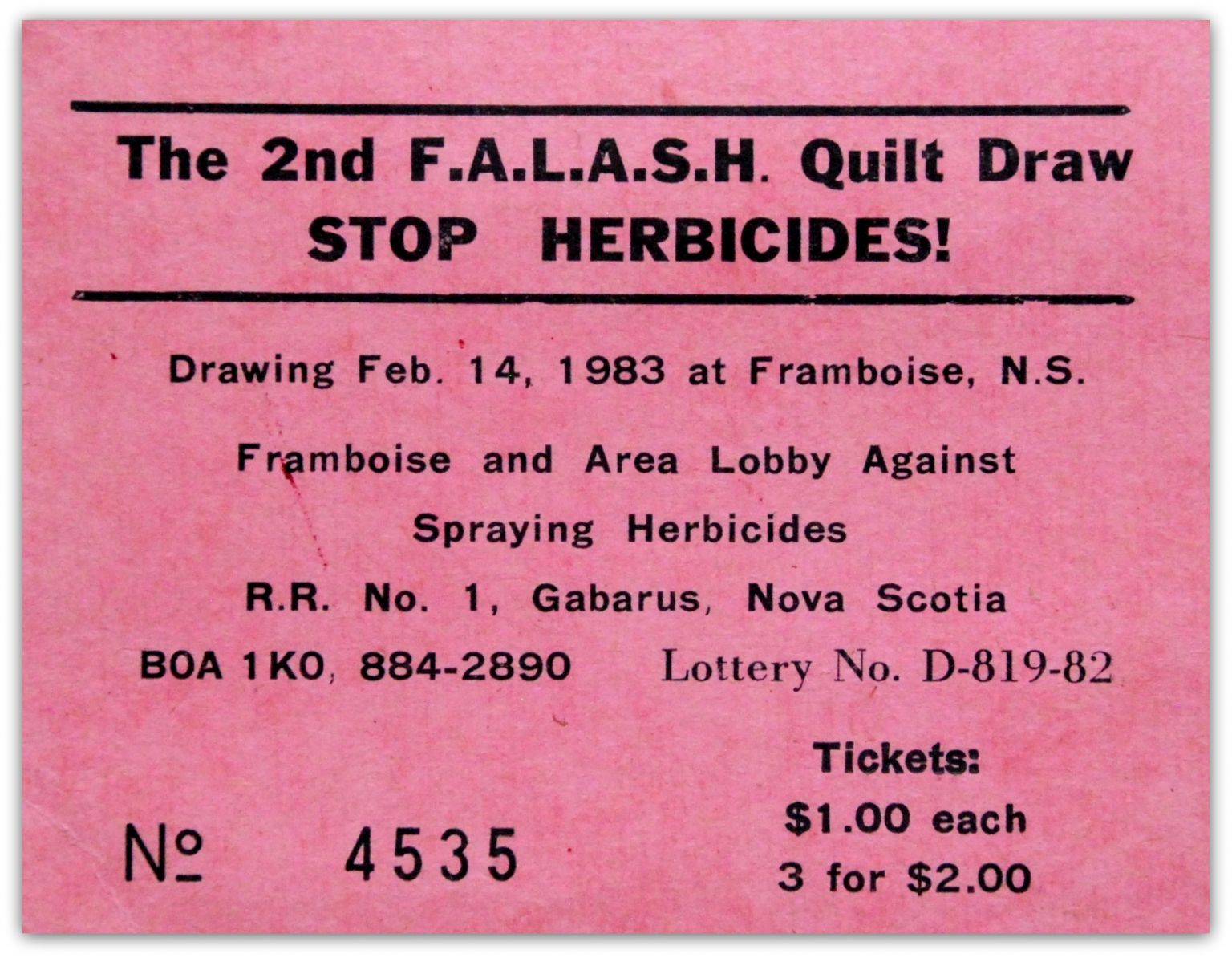 A ticket stub from the Arts Folly in 1992. For several years this amazing event took place in the Via train station in Halifax. It was a huge party organized by artists to showcase Nova Scotian arts of all kinds. Beyond the celebration, it was intended to embarrass the provincial government, who had their own ideas about the arts. 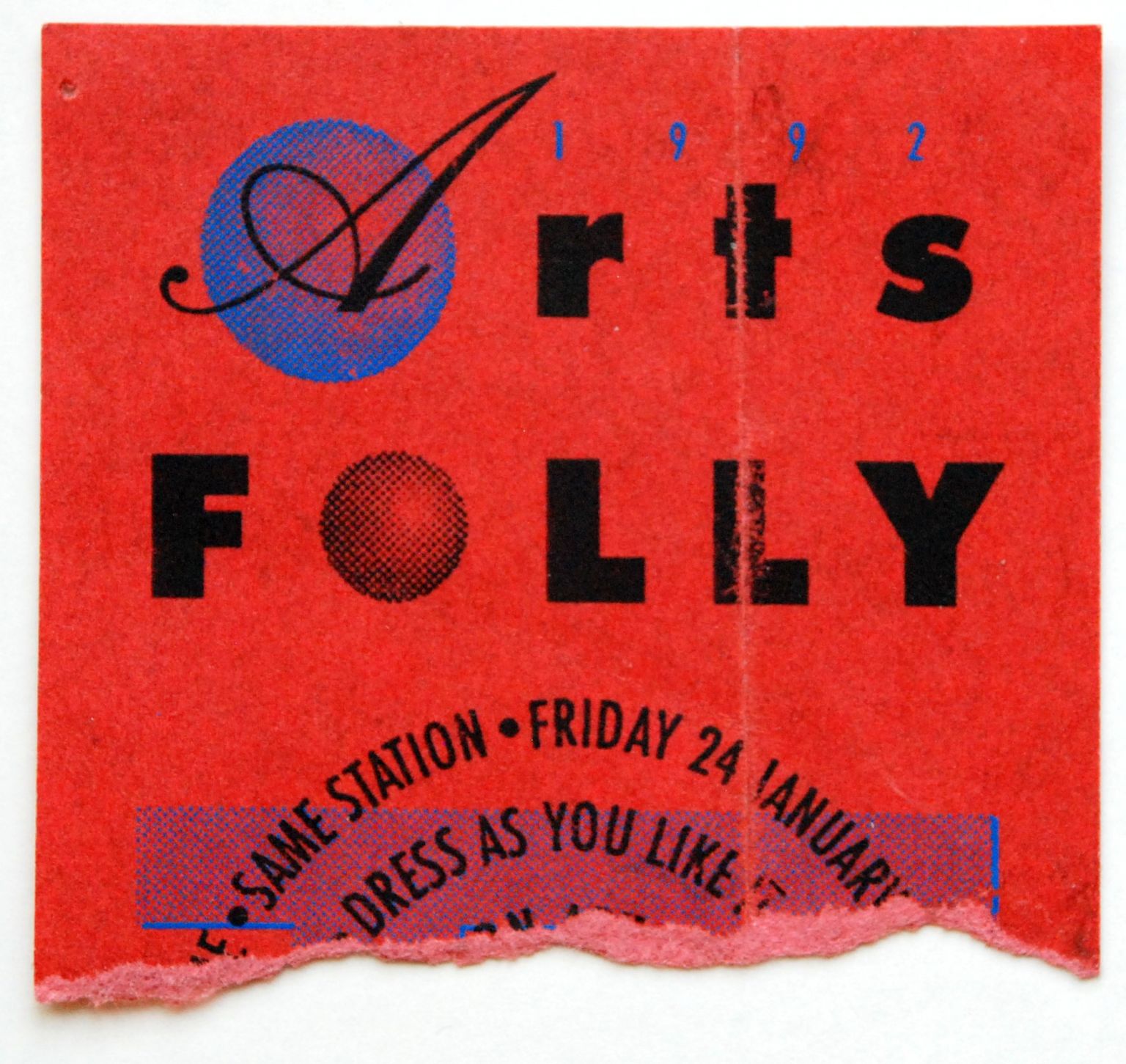 Sometimes friends would save tickets for me that they thought were noteworthy. 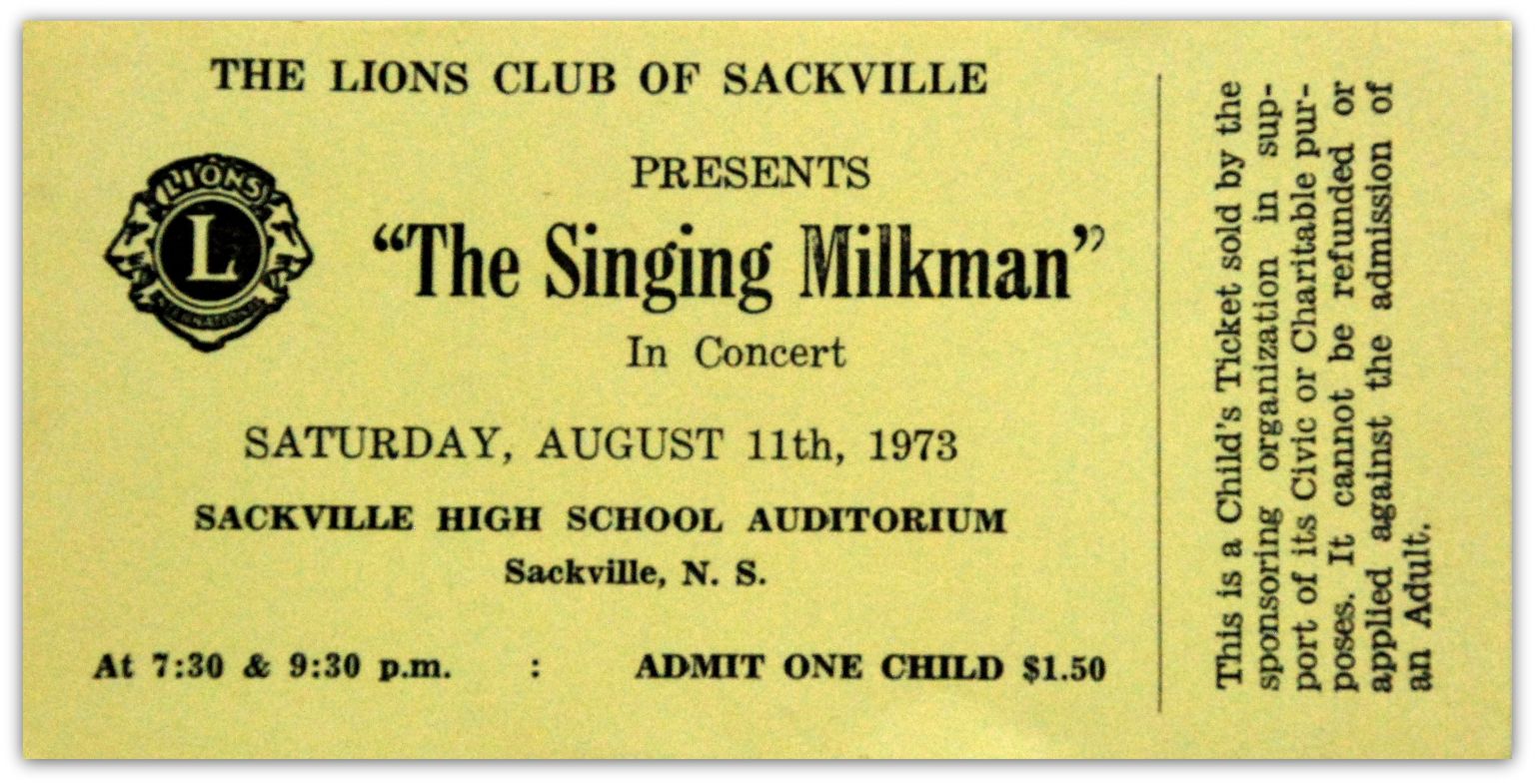 A friend, who liked to bet on the ponies out at Sackville Downs, thought I should have this losing ticket on a daily double in 1971. 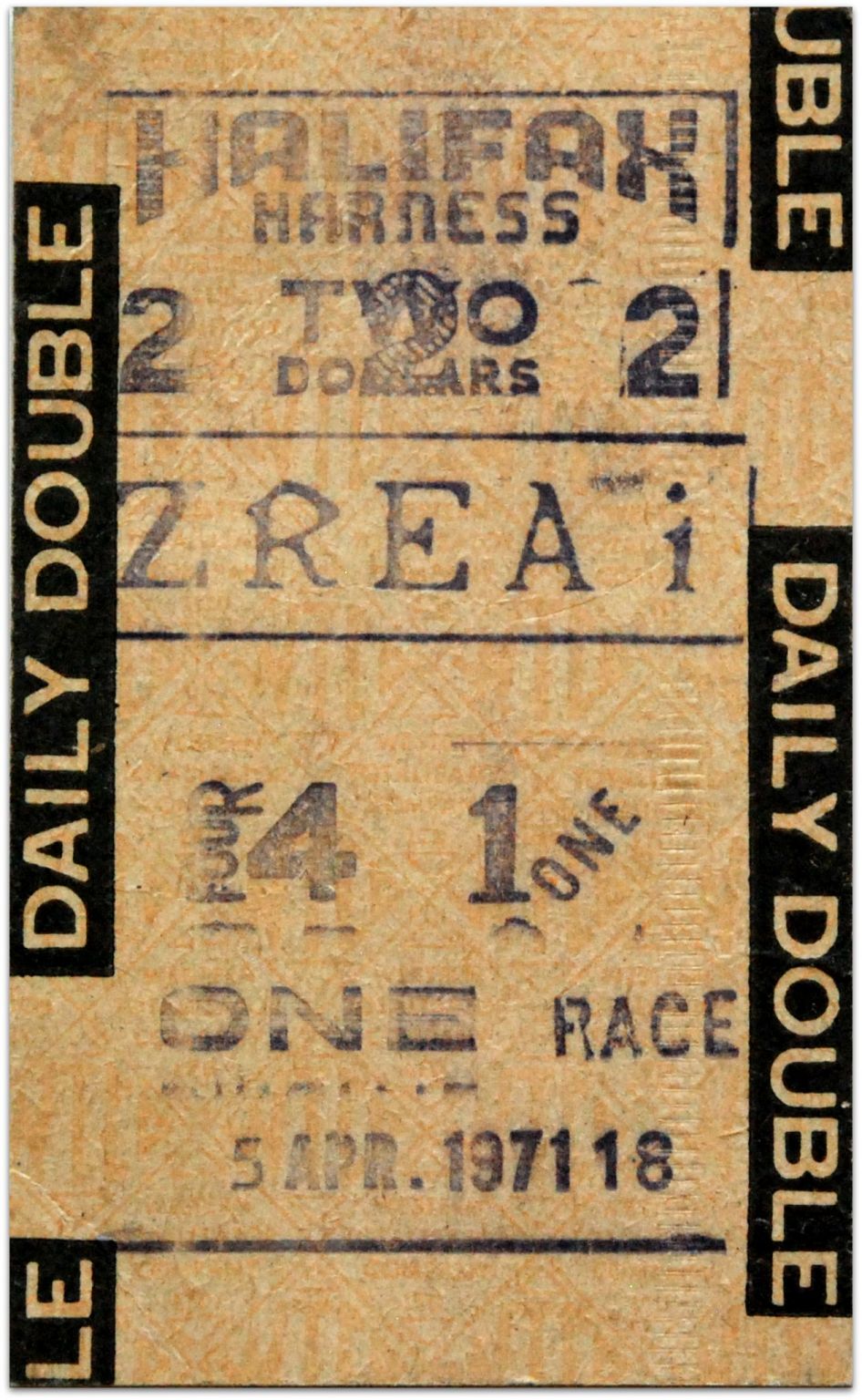 And then there are tickets from long ago that really are tiny jewels of graphic design. 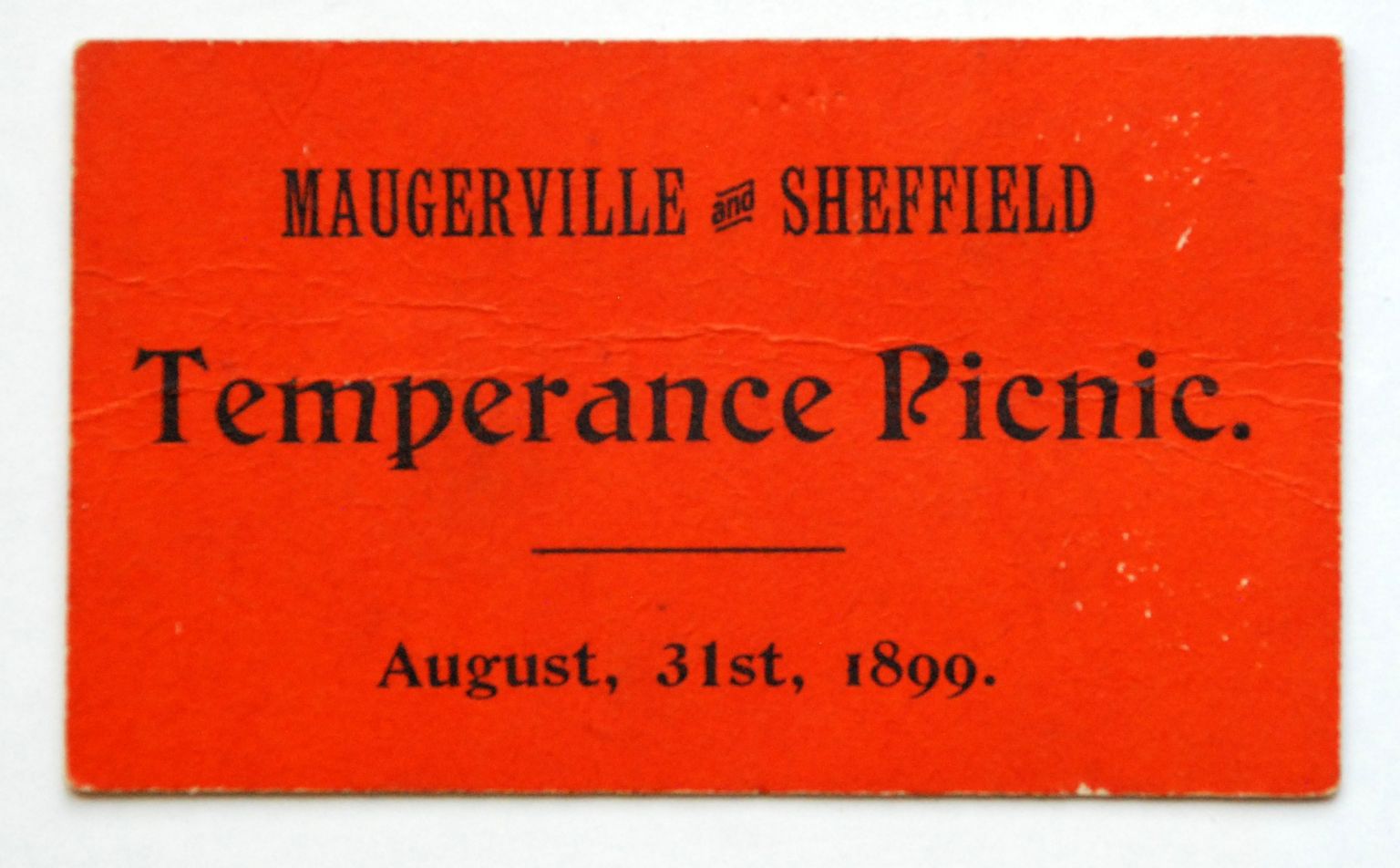 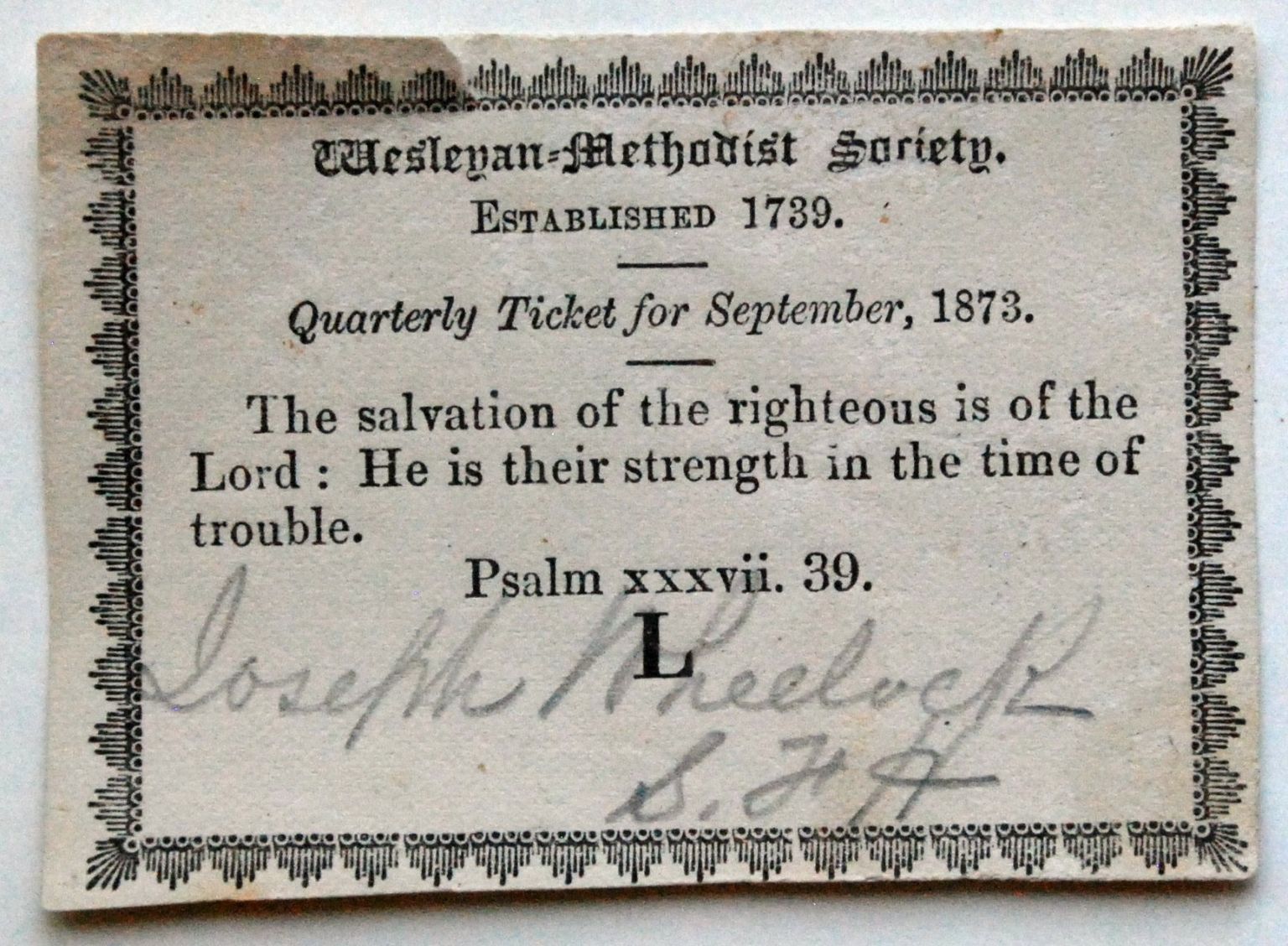 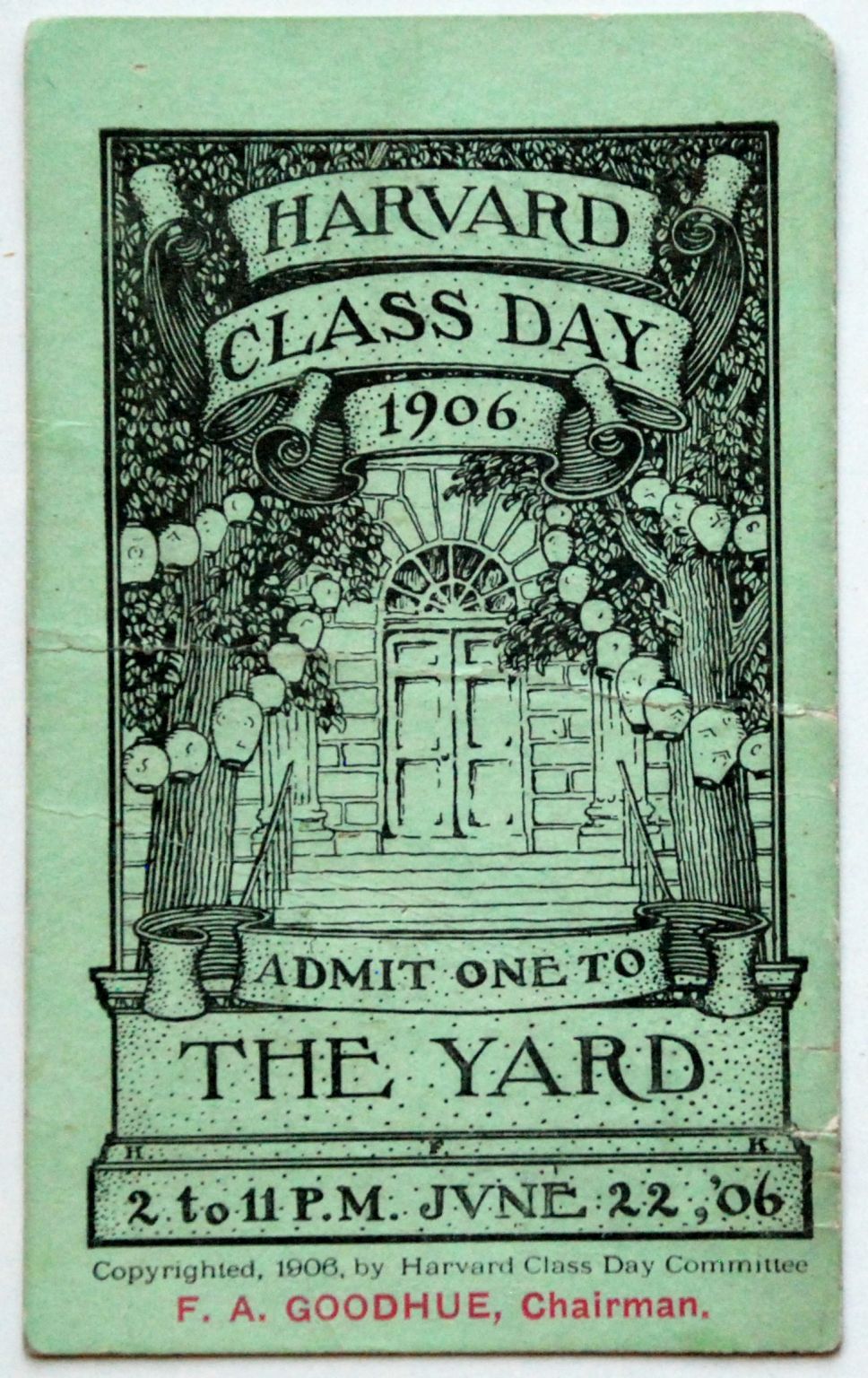 We all know what a traditional ticket looks like, so the announcement for Open City in 2014 was designed to look like a giant ticket (actually similar in size to the proposed bus ticket).

And finally, here are 300 tickets that have never been used. I bought this book of cloak room tickets at a stationery shop in the 1970s. Do you have a favourite number? 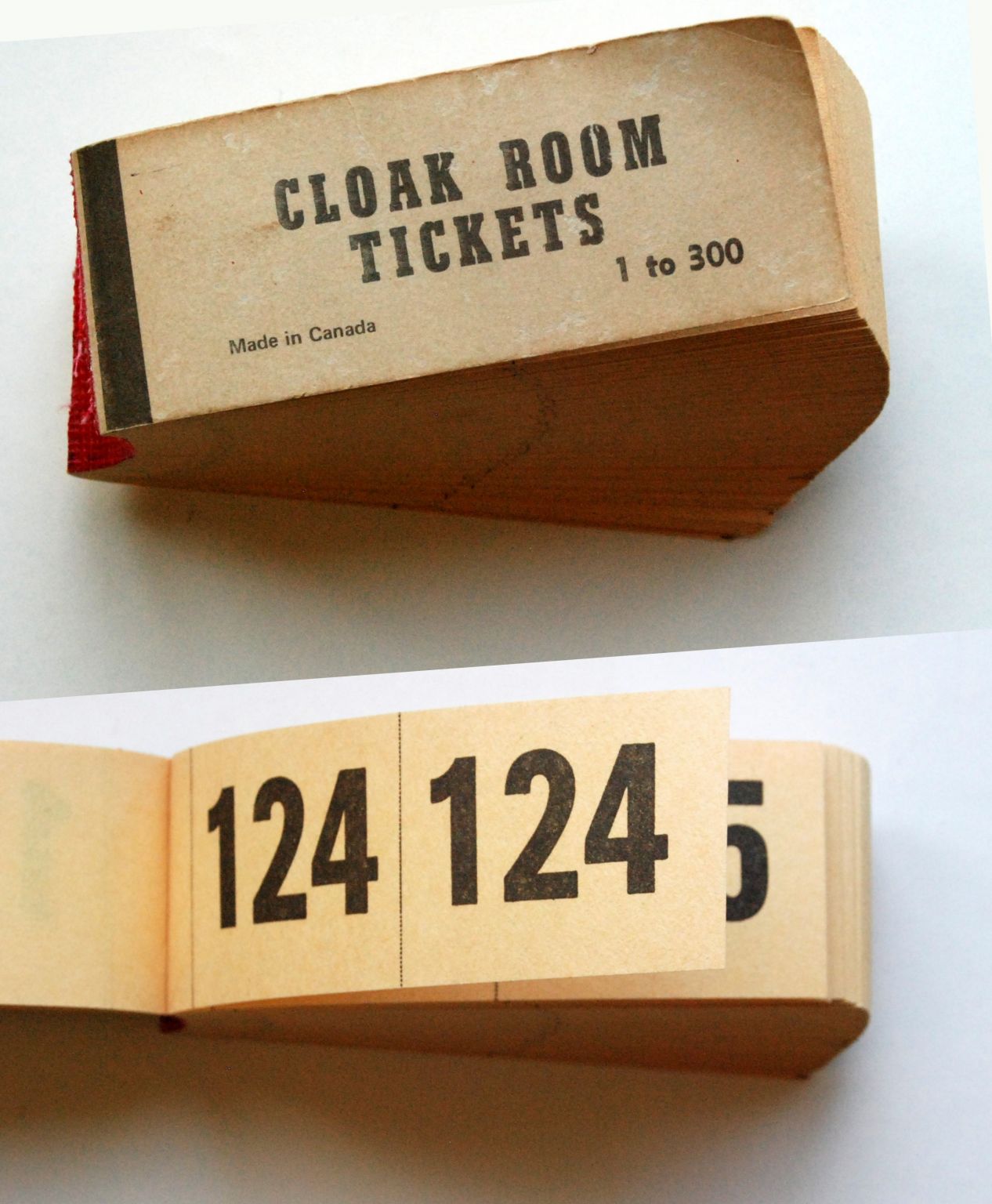 The back of the daily double ticket was printed with the logo of the Western Totalisator Company. Turns out that totalisators are devices that calculate and display parimutuel bets, and that it is more complicated than I would have anticipated. 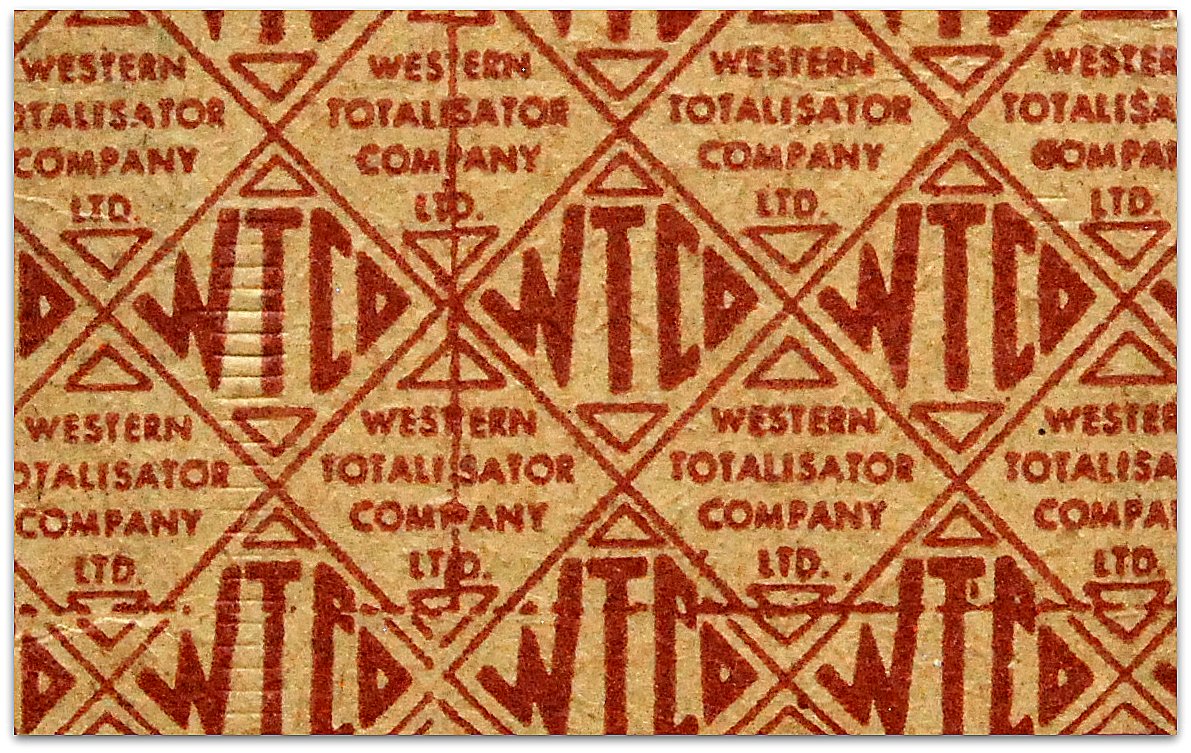