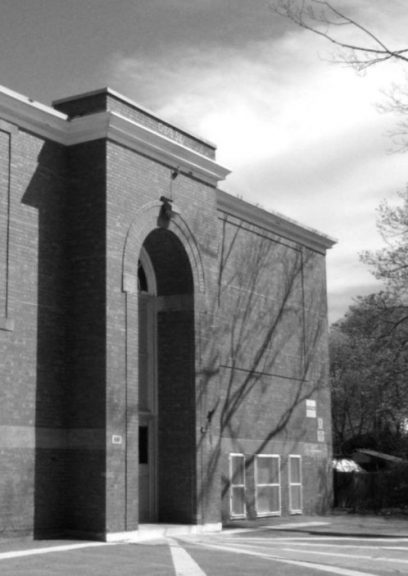 All the chaos around back to school reminded me that I’ve been noticing the entrances to older school buildings in Halifax. An example of what gives me joy is the robust entrance to the 1930s Oxford School. Dinosaurs get this view from their cars, waiting on North Street for the lights at Oxford. 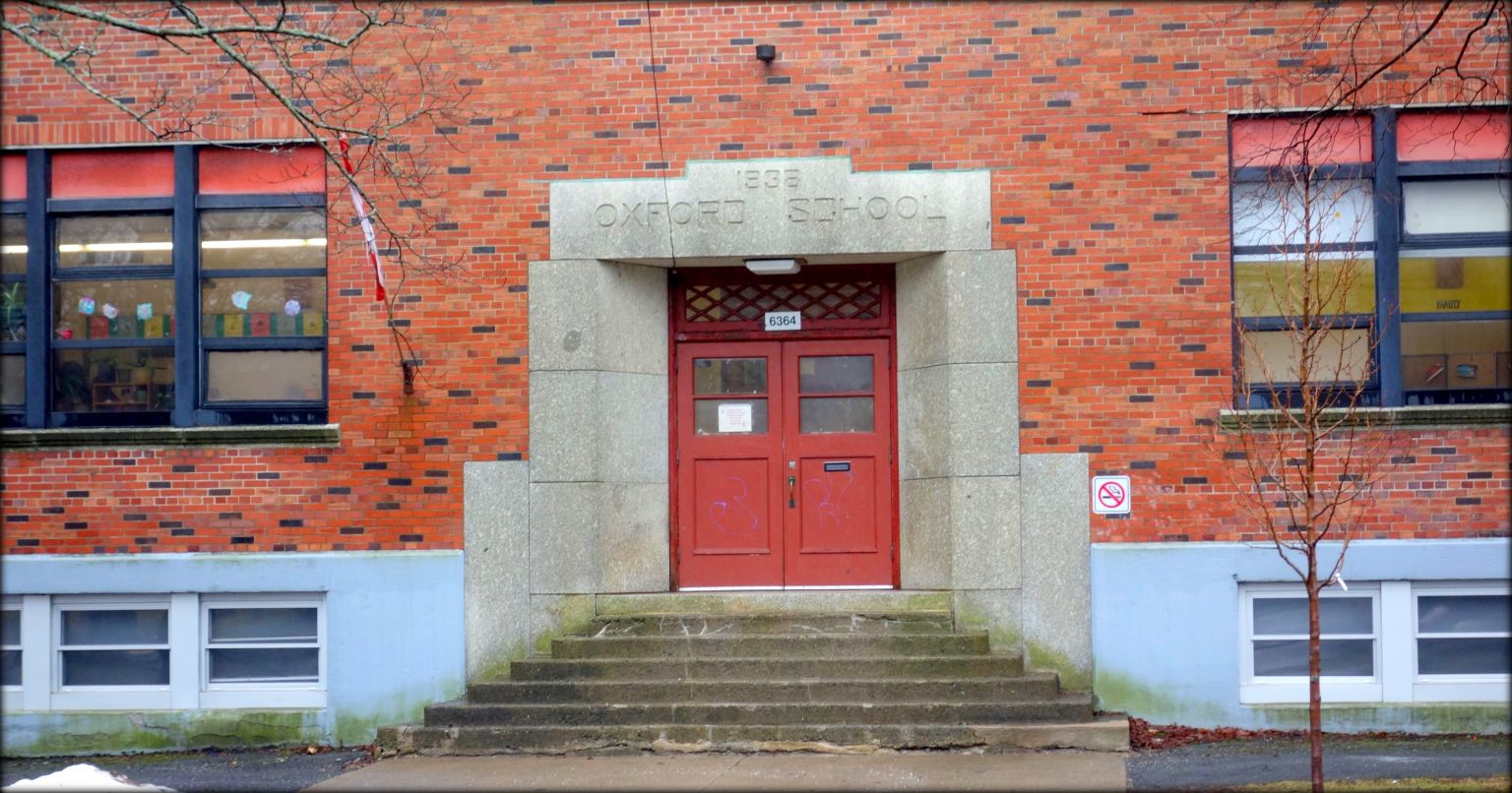 Everything about this entrance is great (if you can handle stairs), but the transom is a particularly nice survival.

We are lucky to have some swell older school buildings that have survived after the children have left the area. St Mary’s Boys’ and Girls’ on Grafton are significant examples in this institution-rich corner of the city. 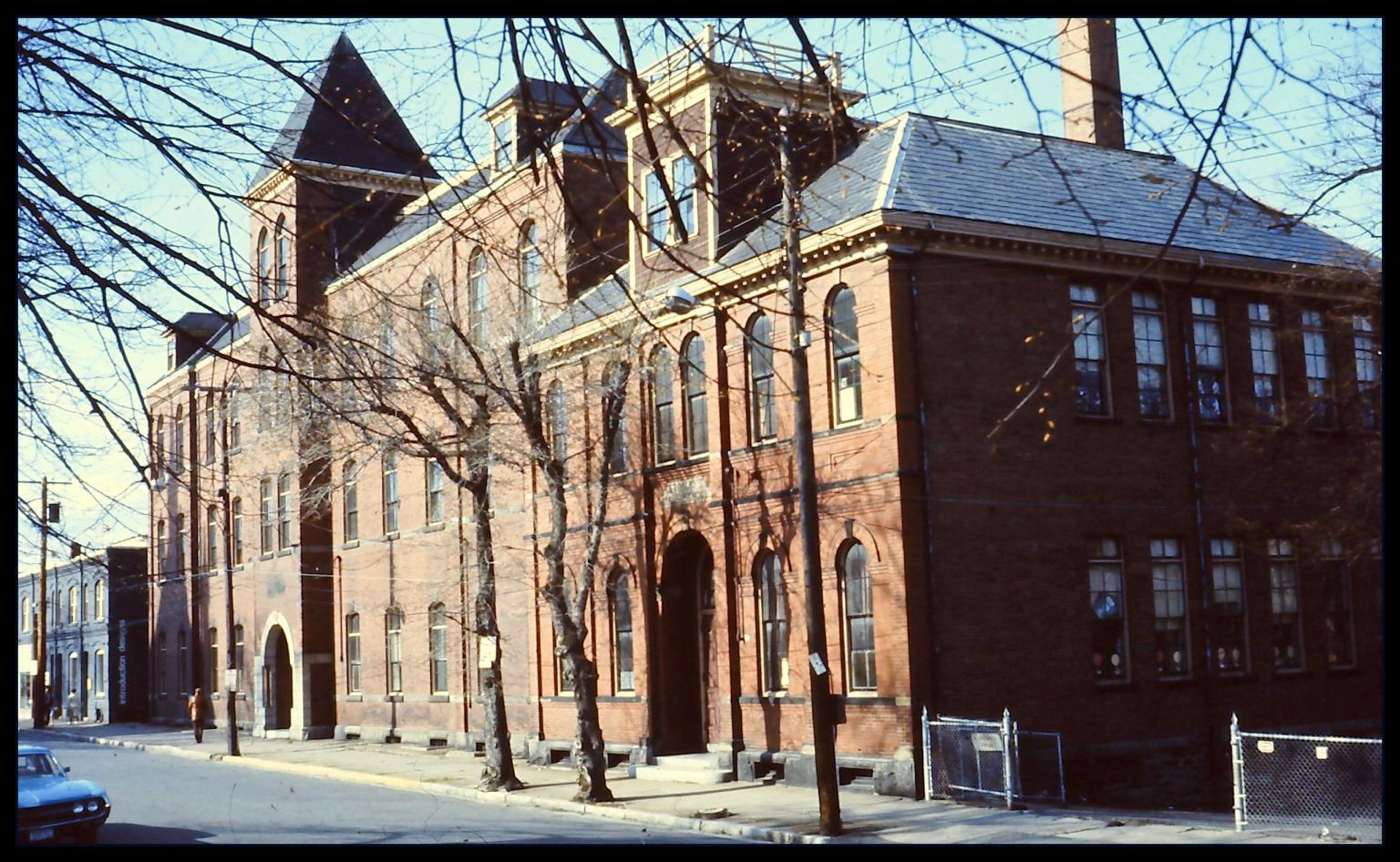 The larger and plainer of the two buildings is the Boys’ School, but you could have guessed that. 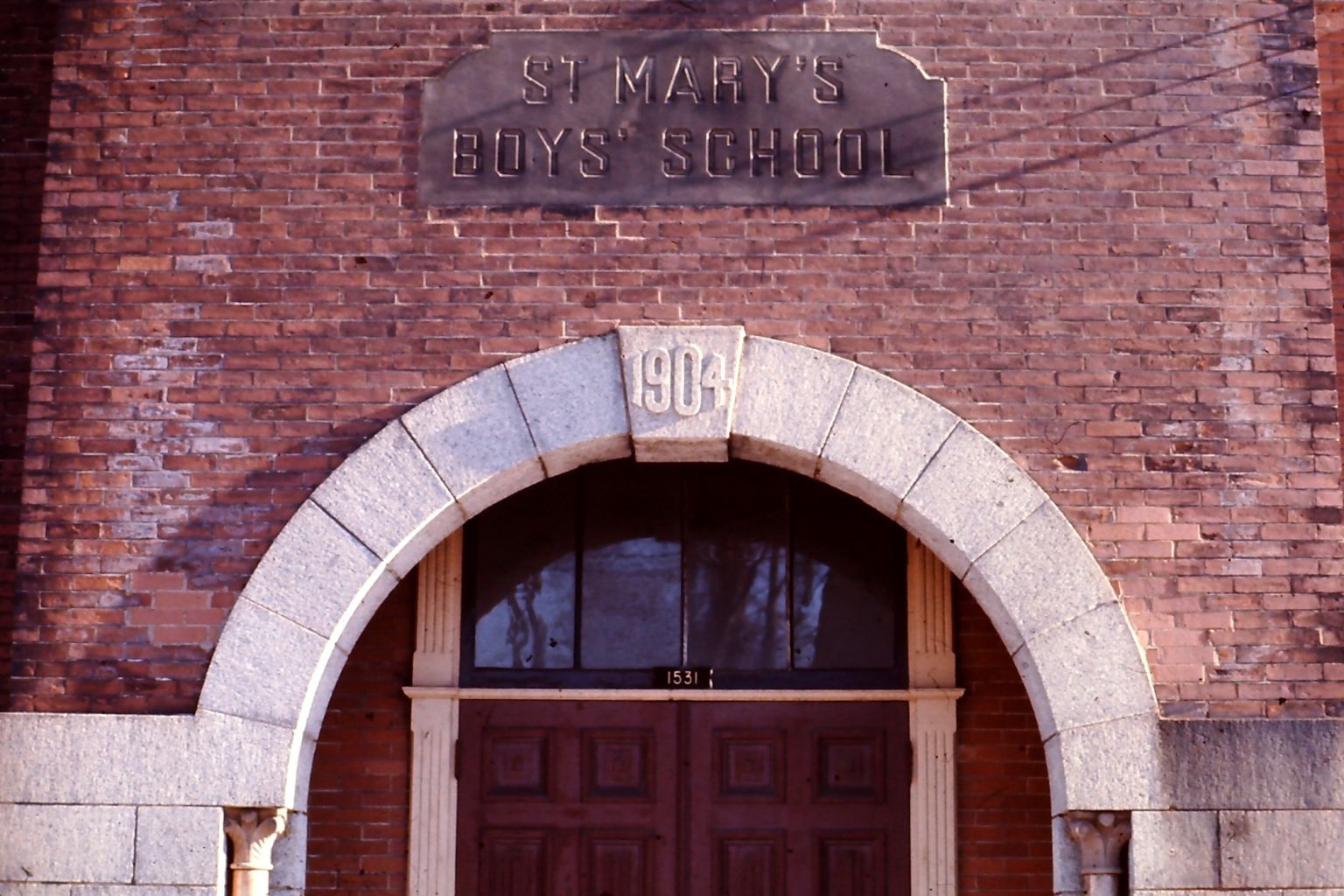 The old Halifax Academy is one of the finest Victorian buildings in Halifax. The side entrance on Sackville Street retains a boot scraper to the left of the door. Imagine the 1880s children scraping mud and snow off their boots before filing into class. 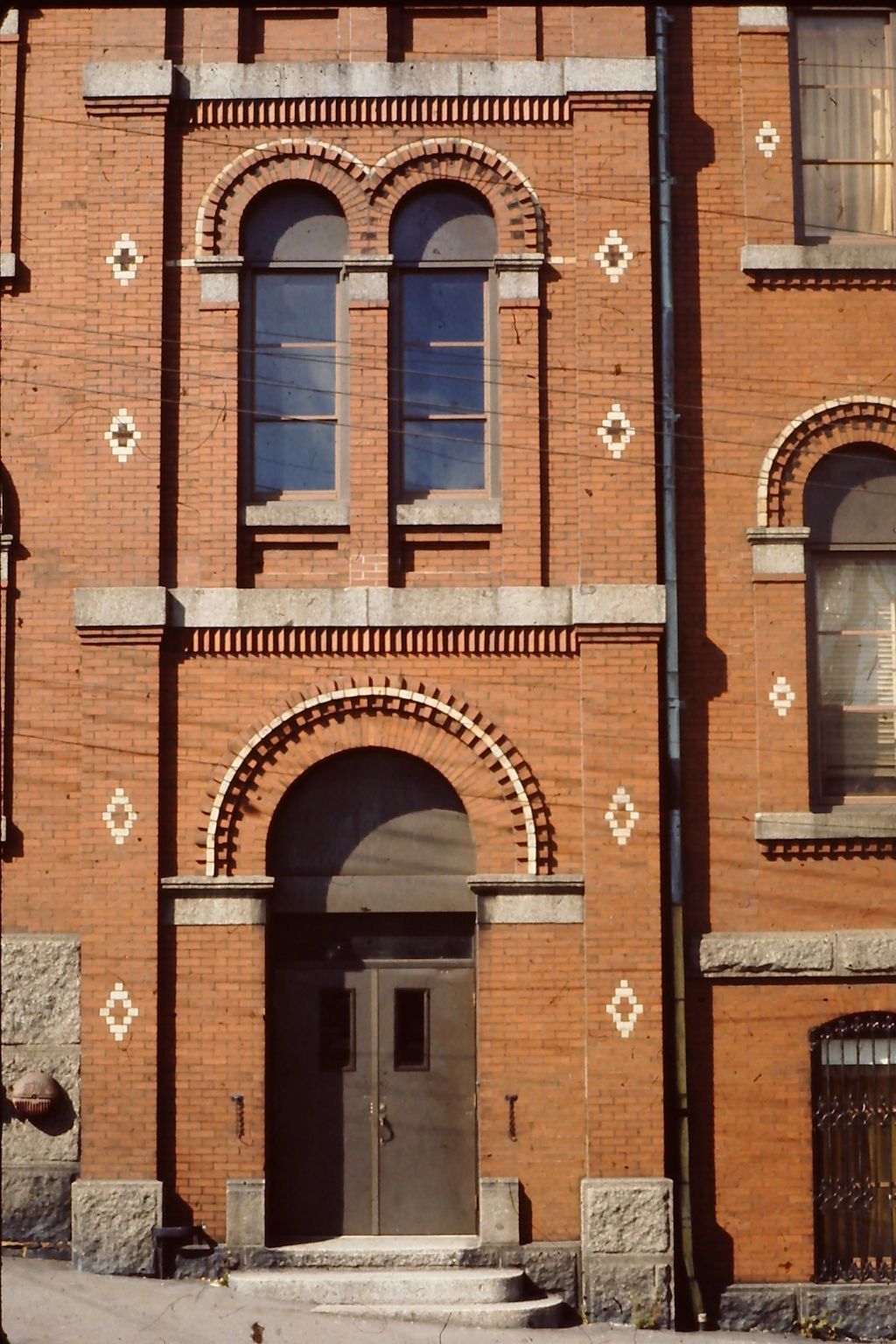 When this photo was taken, Tower Road was still a public school. Now it is owned by the Halifax Grammar School that has just completed a brand new addition, that I need to go examine. 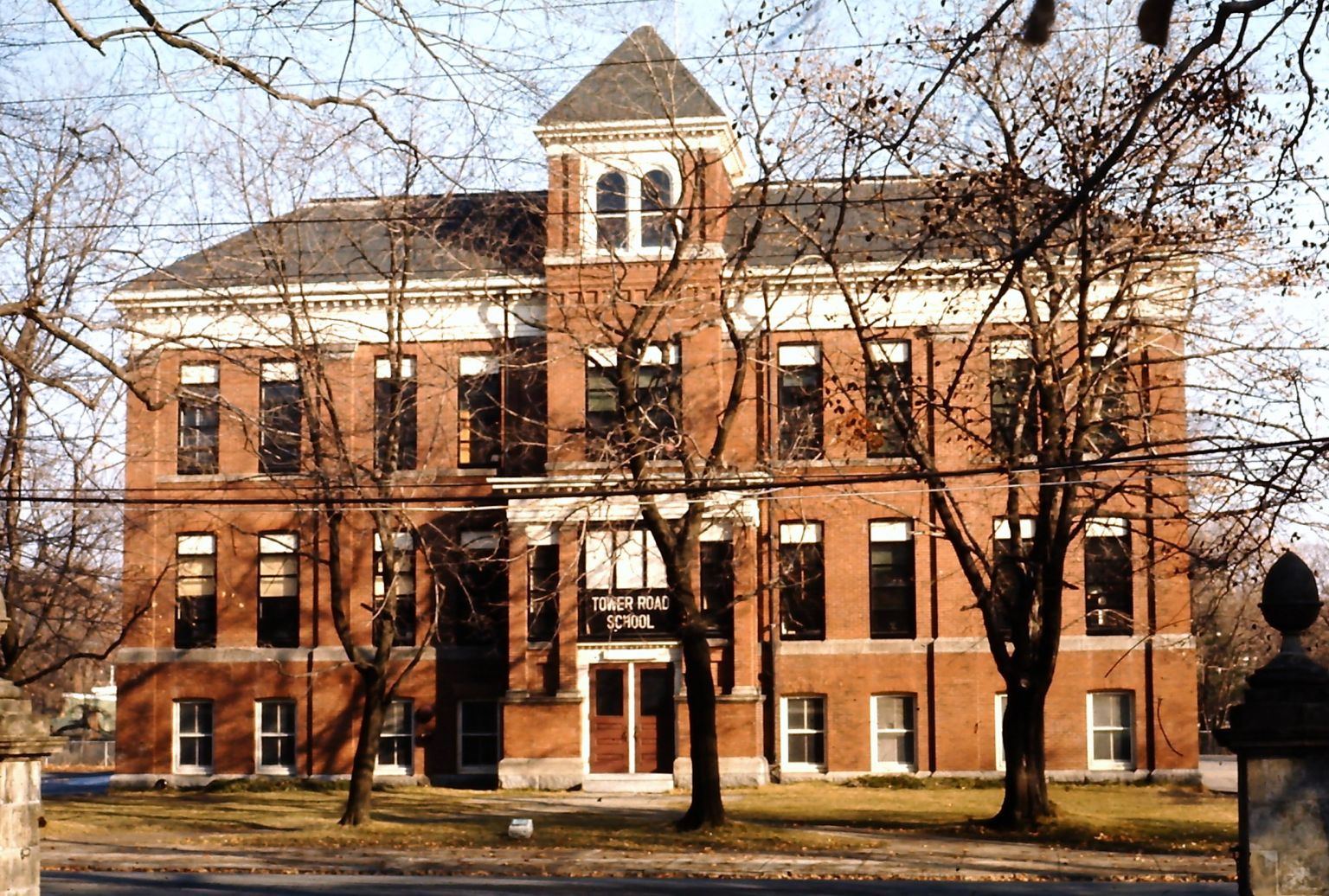 Chebucto Road School has a particularly refined entrance. It is wonderful to have the Conservatory based here, and the Lilian Piercey Concert Hall, on the second floor, is a delightful performance venue. 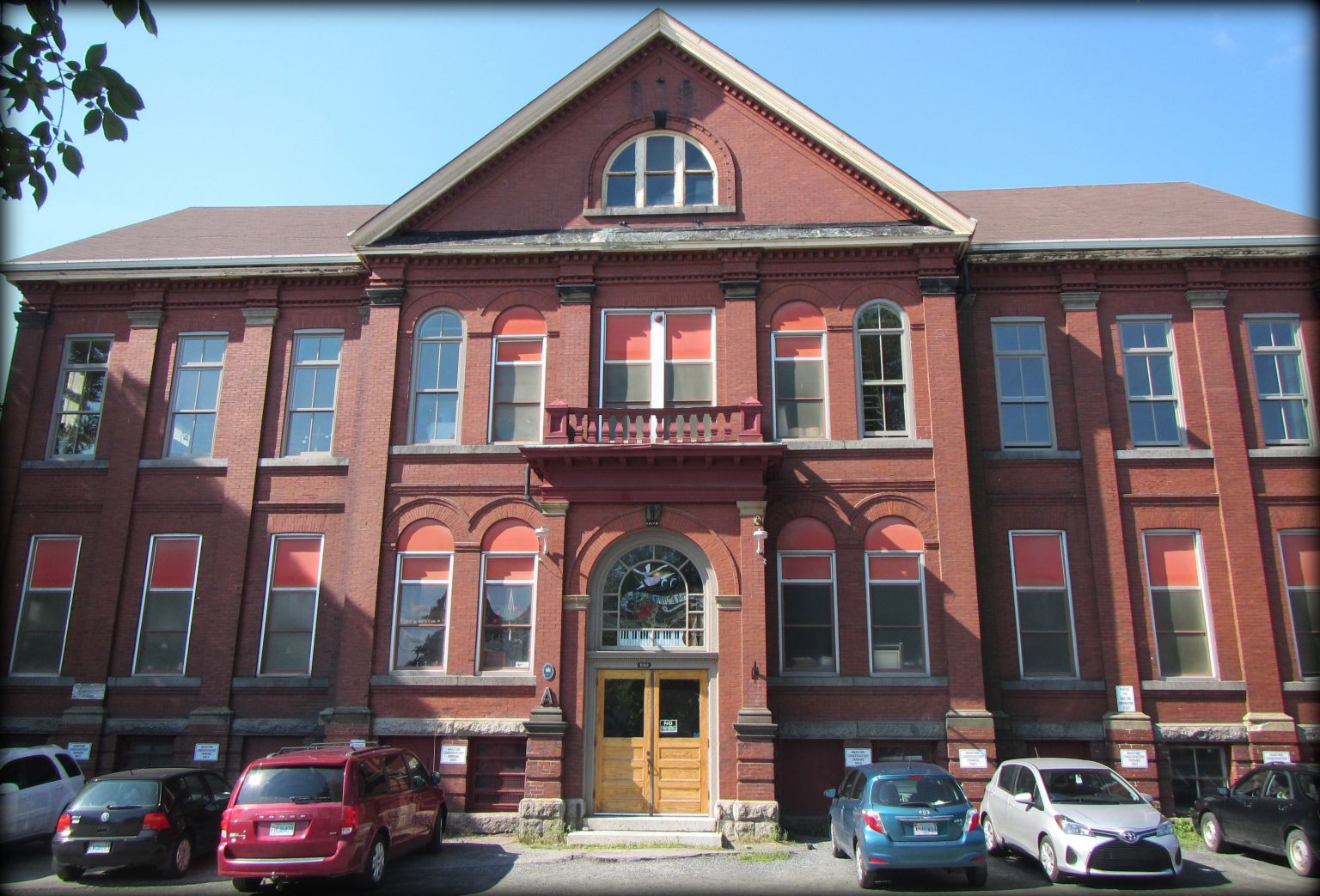 Many of our old schools have had window openings reduced, often with coloured panels. Here you can see that windows that maintain their original configuration look better.

I don’t know the story of the Manual Training school on Cunard Street but recently it seemed to work well as a day care centre and artist studios. 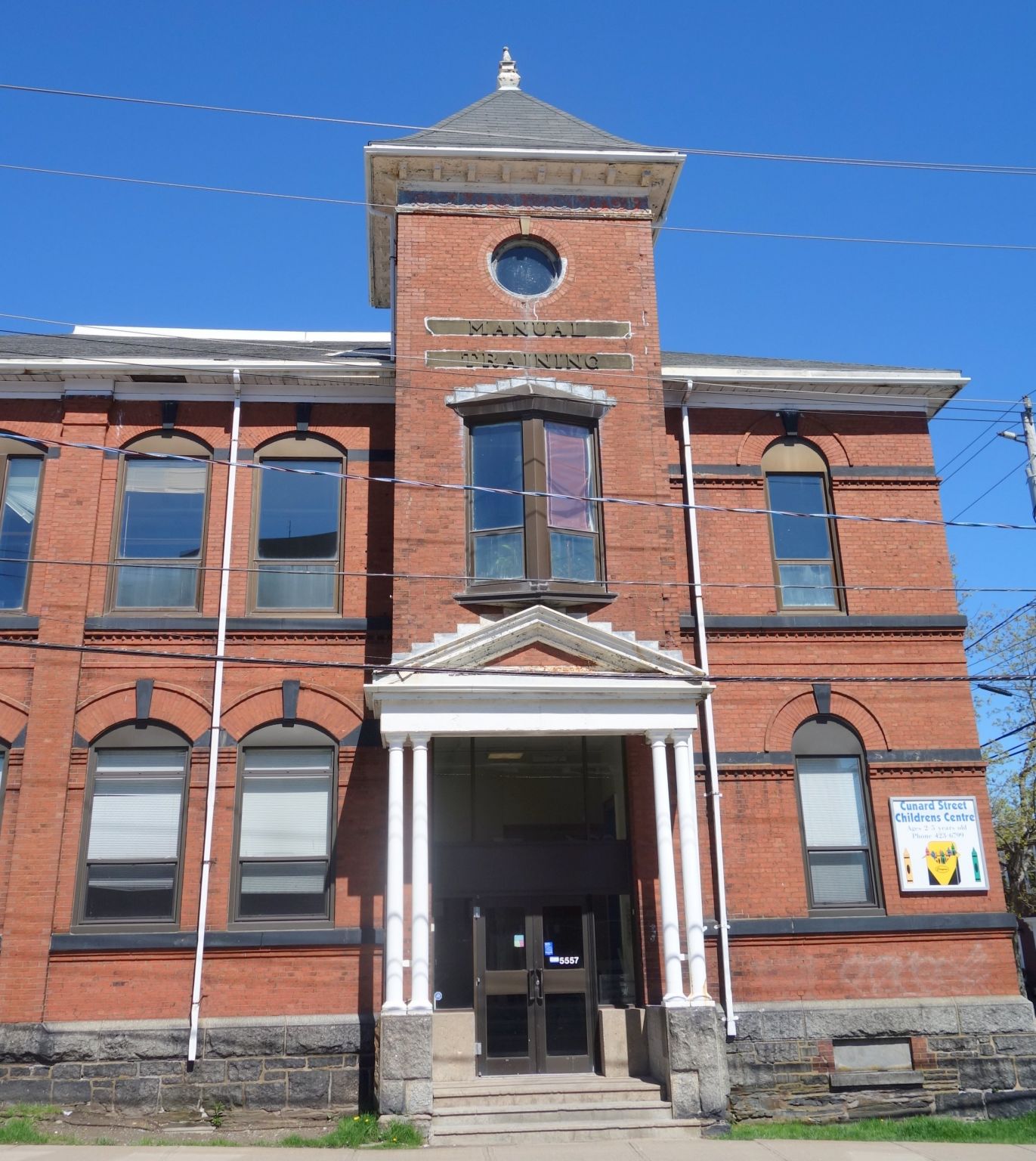 While the above collection of schools are still around and generally thriving, in the last few years we have demolished some of our largest, and grandest, schools. The Vocational School on the Commons was the best example of several post-war, white stucco institutions. 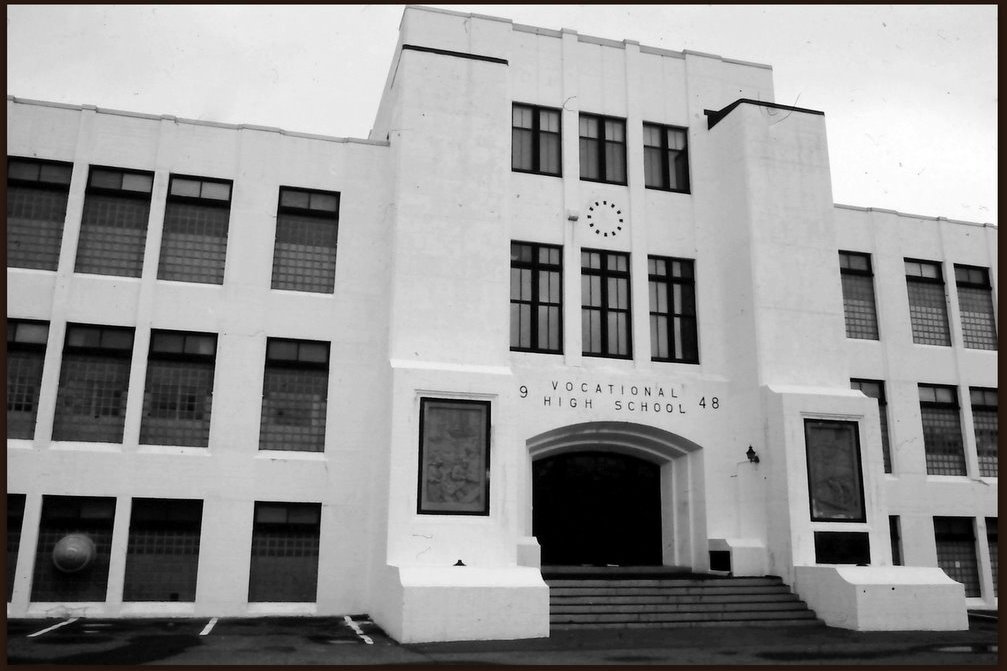 I understood that the third floor, over the entrance, was an apartment for the caretaker.

I’m getting used to the empty field on Quinpool Road, where St Pat’s and its finely detailed Auditorium entrance stood until recently. 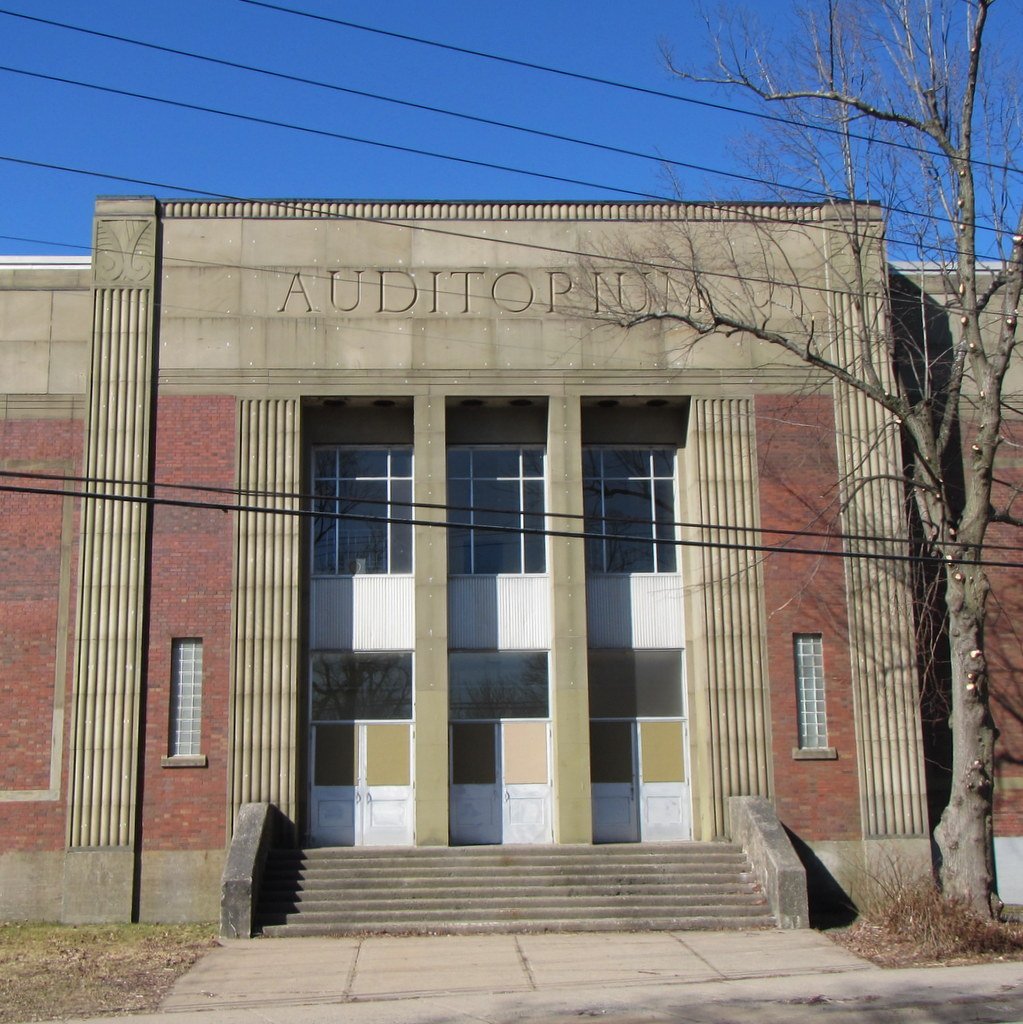 And where the auditorium entrance to my high school, Queen Elizabeth, once soared into the fog is now the site of the bountiful Common Roots Urban Farm. 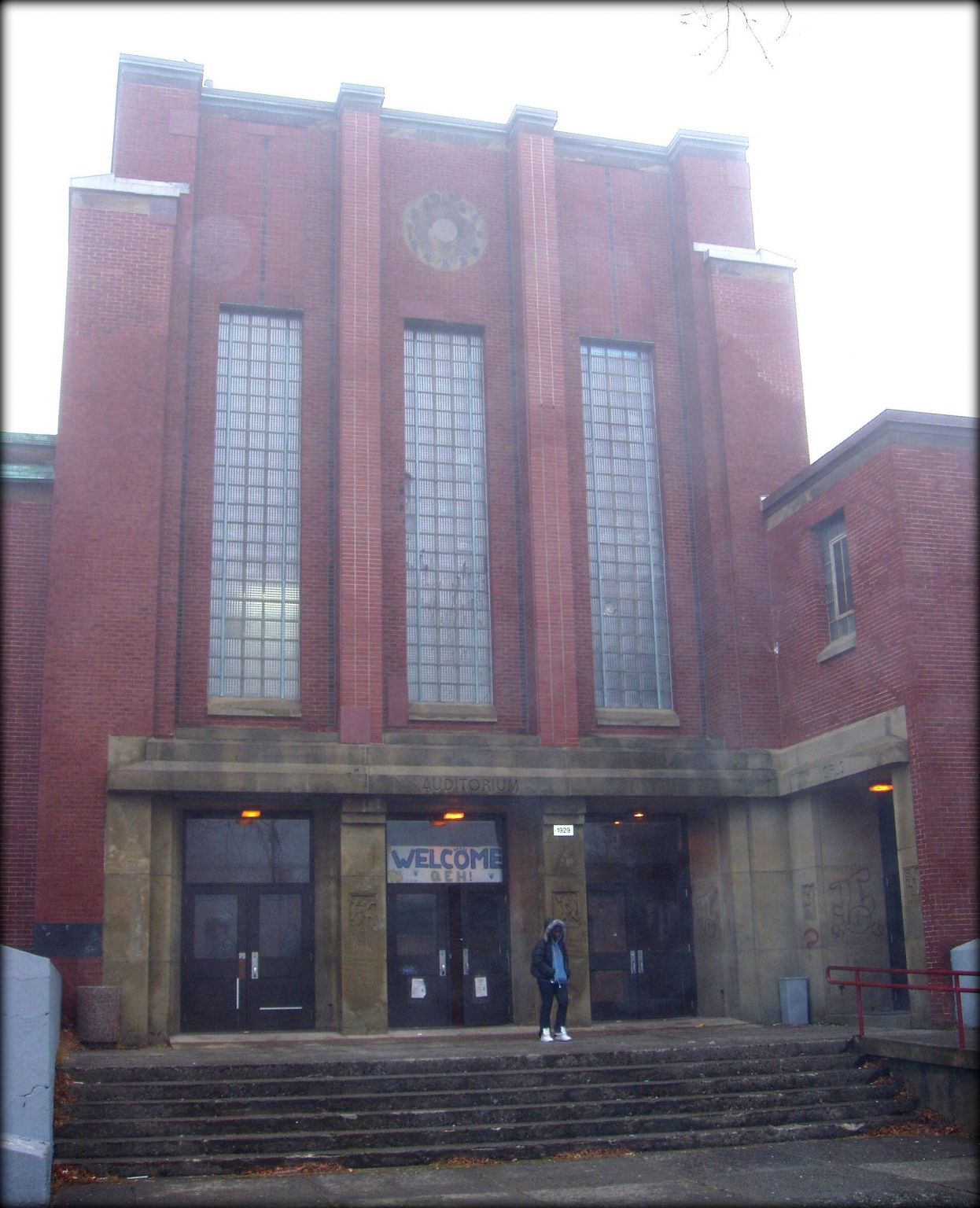 I used a less grand entrance to get into the school, marked “Boys,” but everybody used the same entrances by the 1960s. Boys without a necktie were sent home, but you were allowed to smoke in the central quadrangle. Different times. 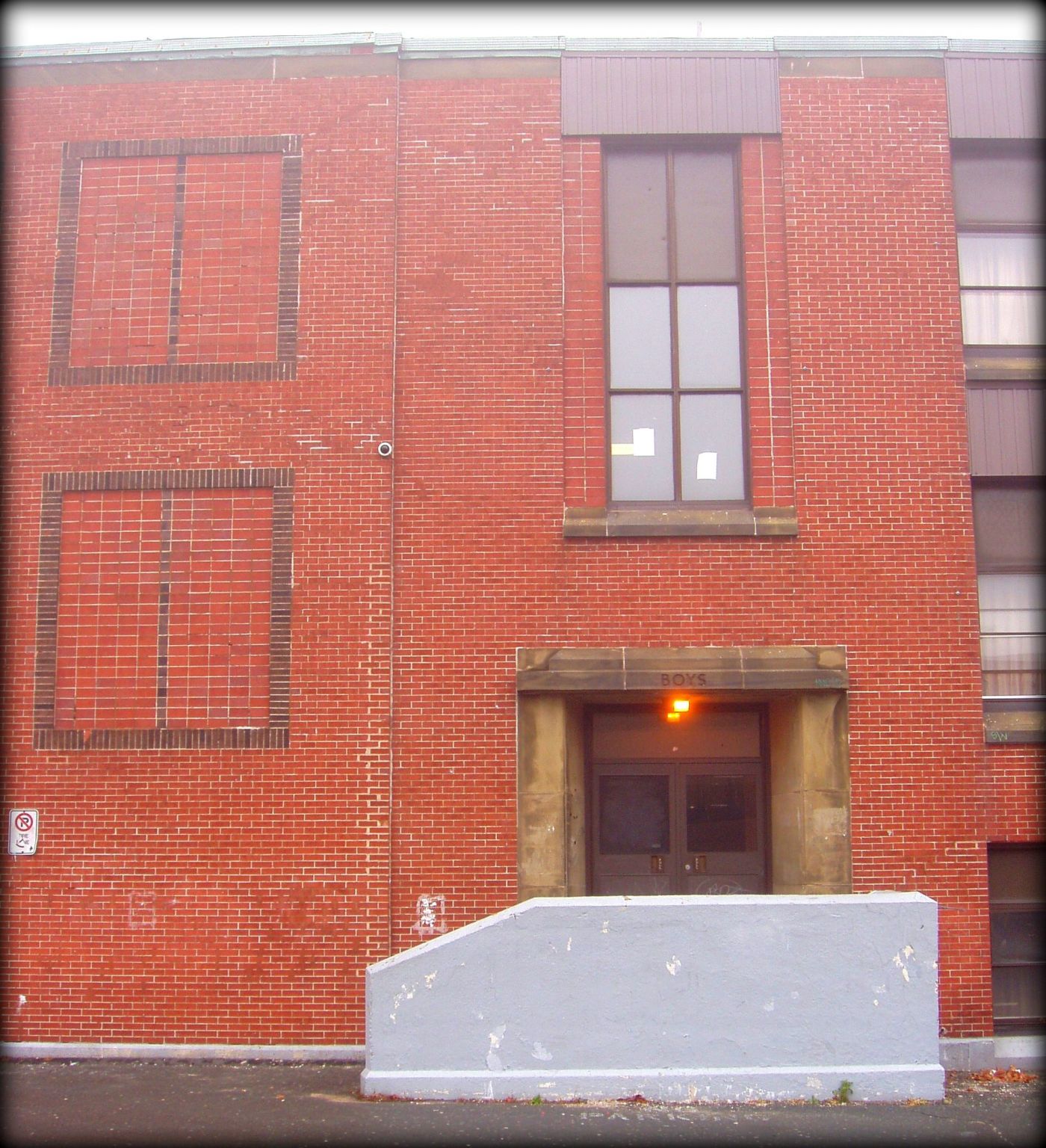 I only began to appreciate the monumental entrance to Le Marchant/St Thomas shortly before it was demolished. The replacement building is under construction at this moment and I hope for great things. 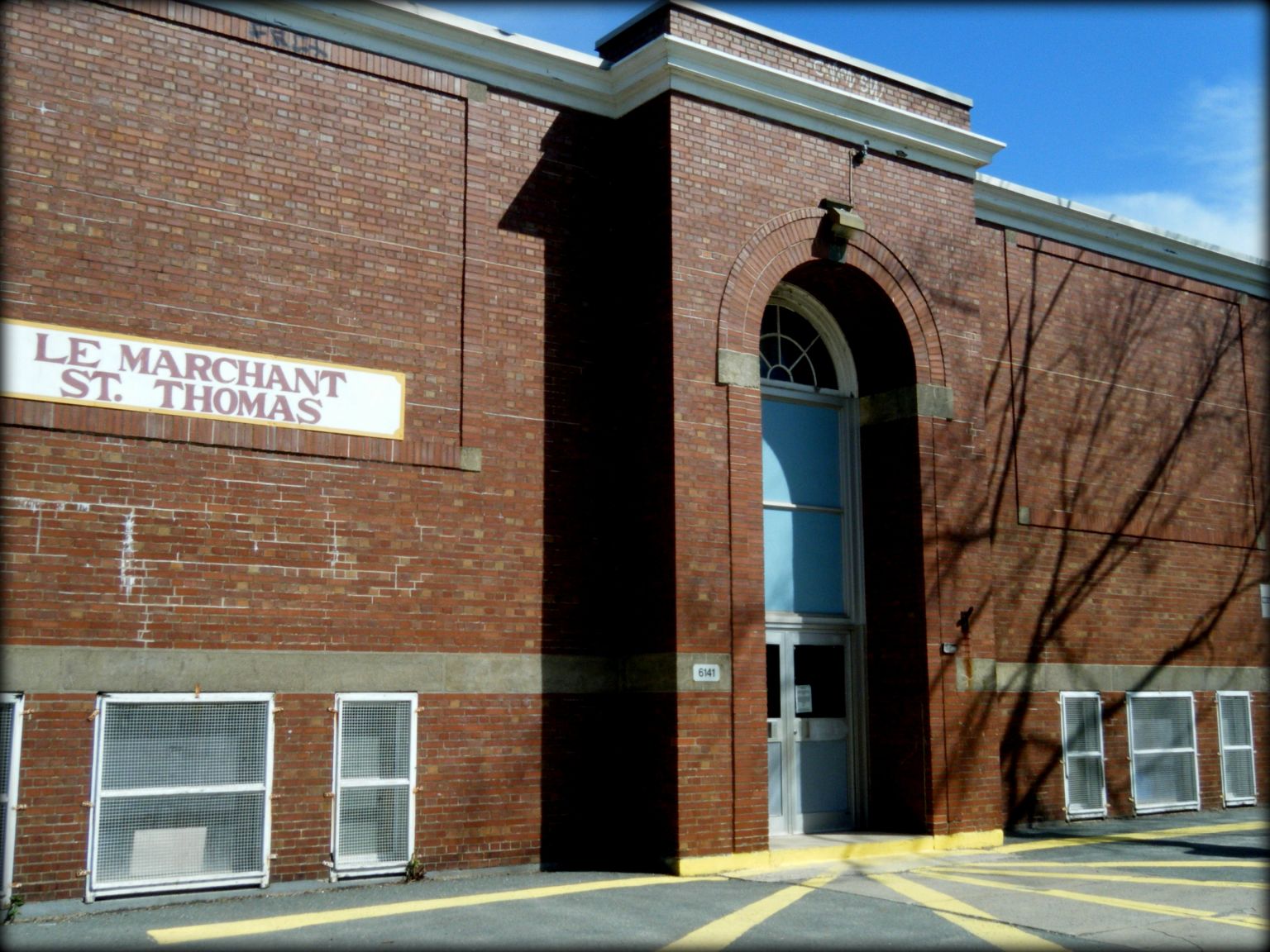 A feature of many school entrances in Halifax was the name in leaded glass over the entrance. The only example I can think of, still in place, is on Mumford Road. Maybe the building is used for a social services function now? 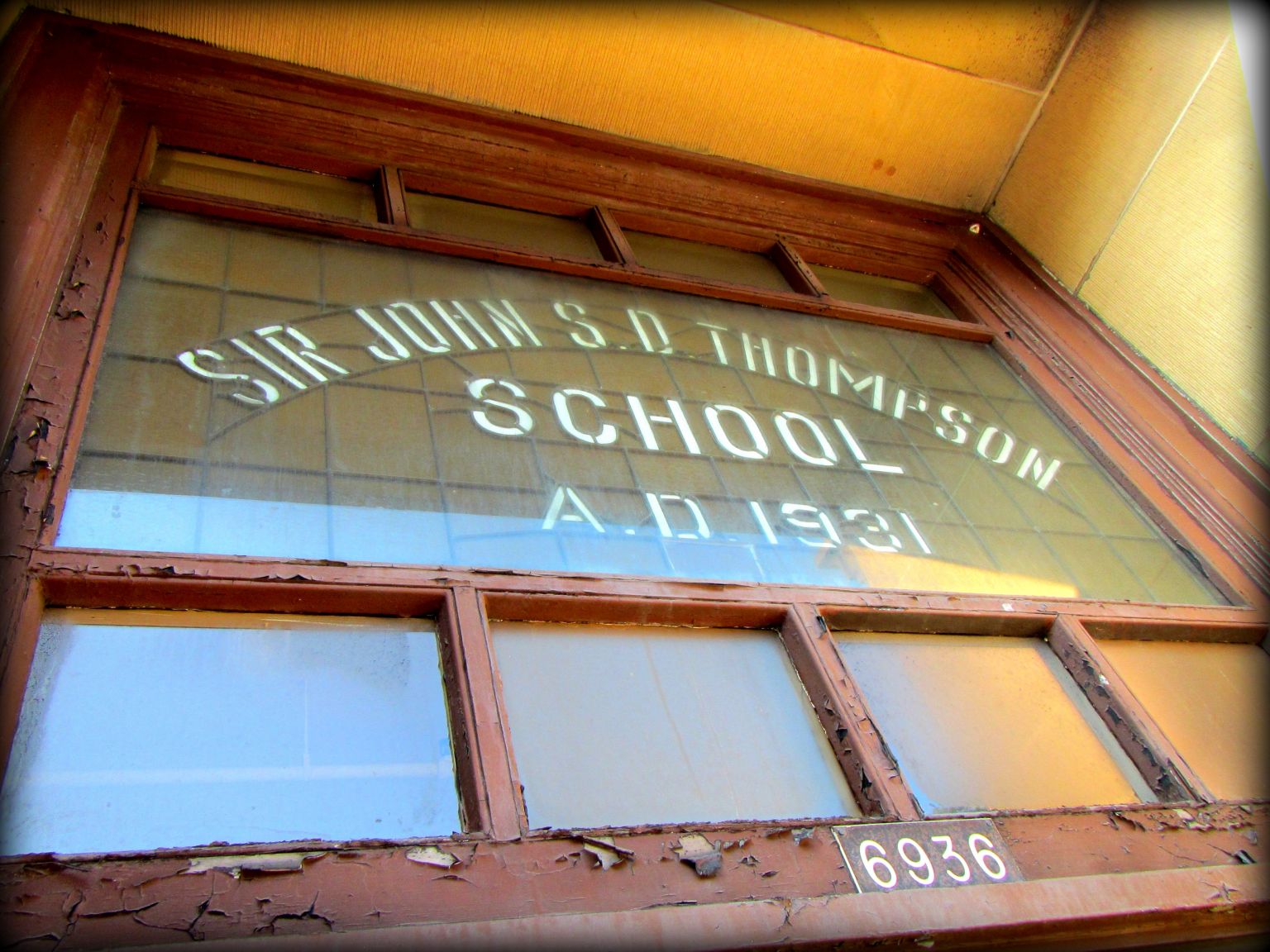 The saddest school entrances are to the collection of abandoned buildings in the Bloomfield complex. Hard to imagine how that happened. 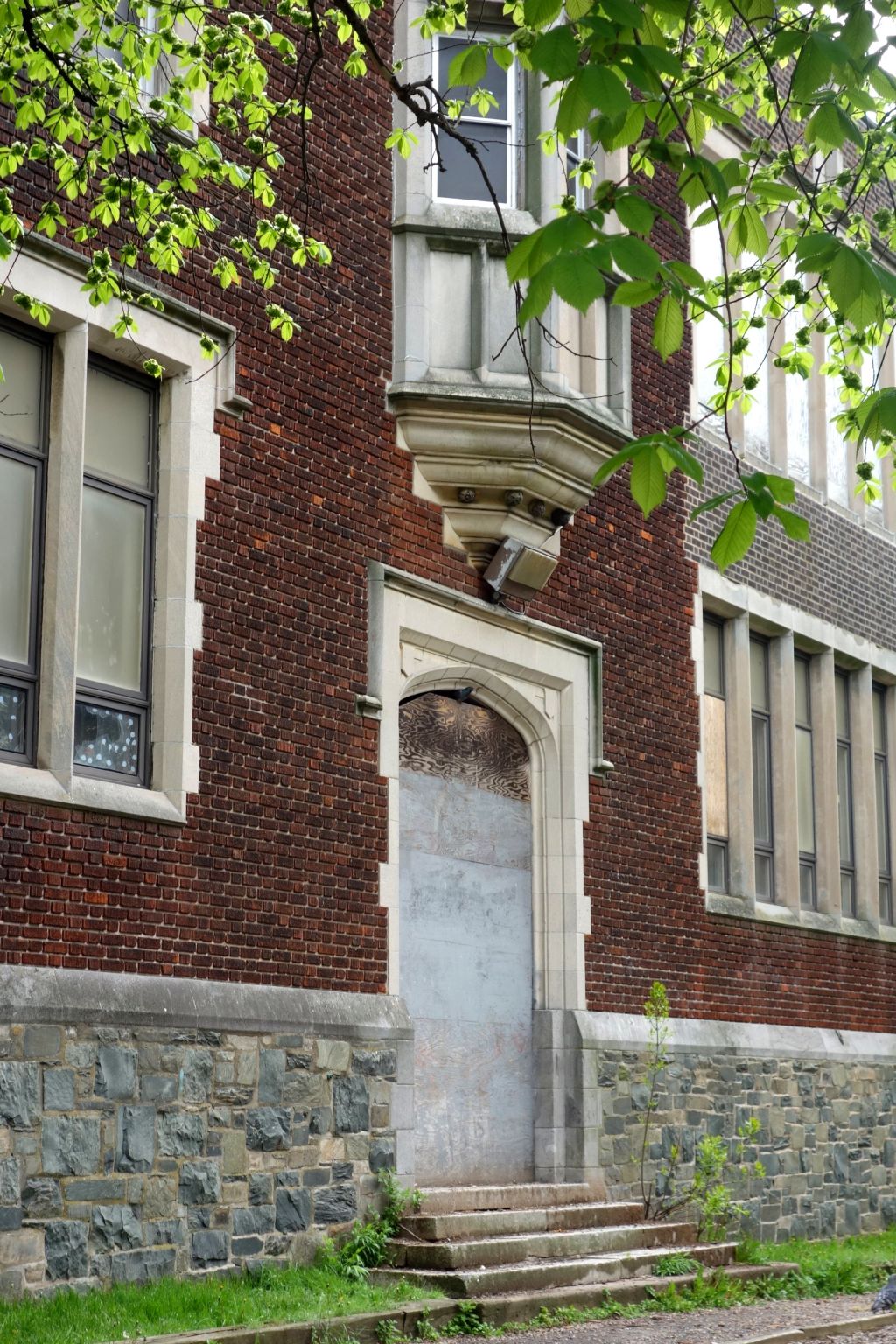 Built after the Explosion, this collegiate Gothic style building was designed by an architect from away, 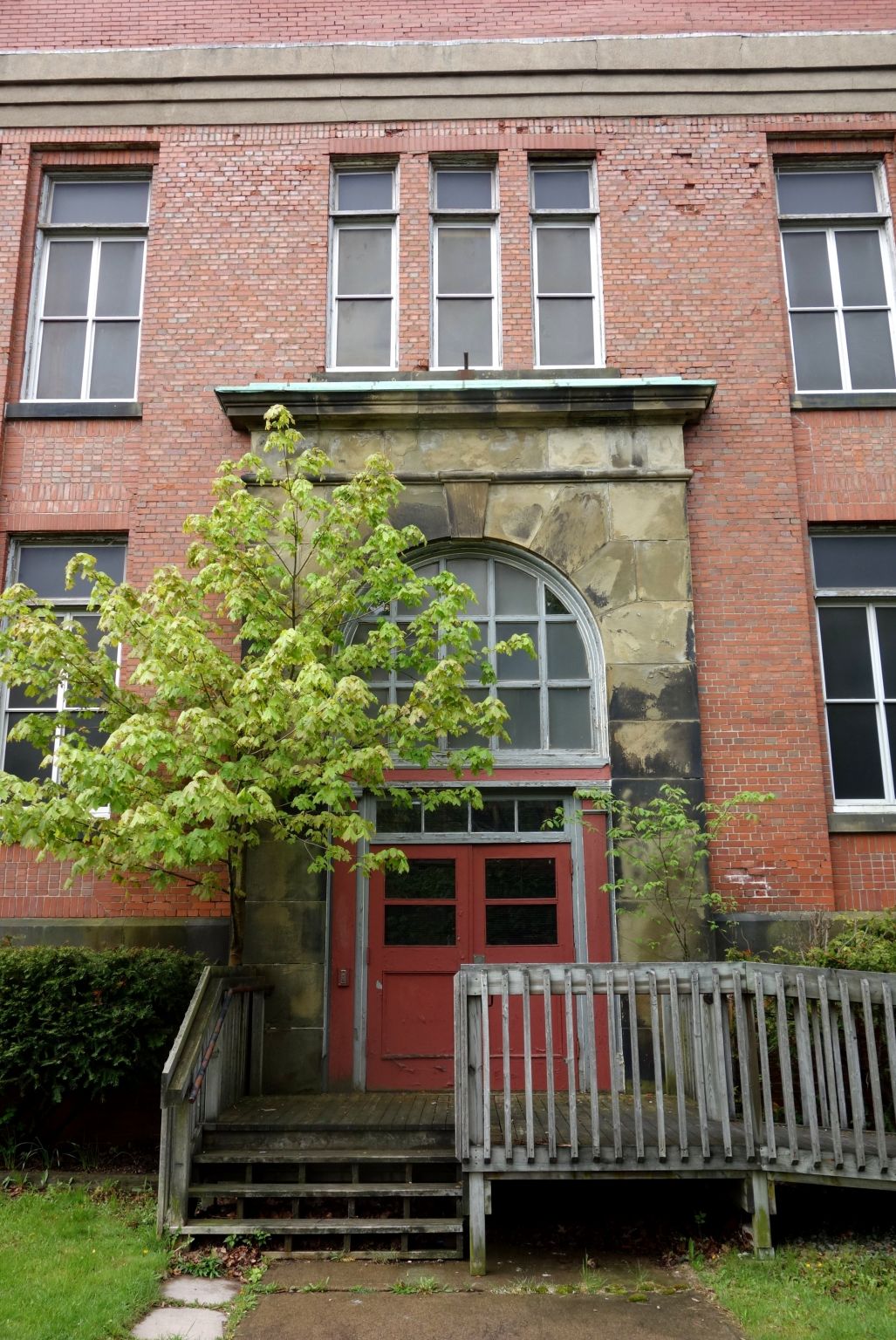 Never a good sign when trees start blocking your entrance. 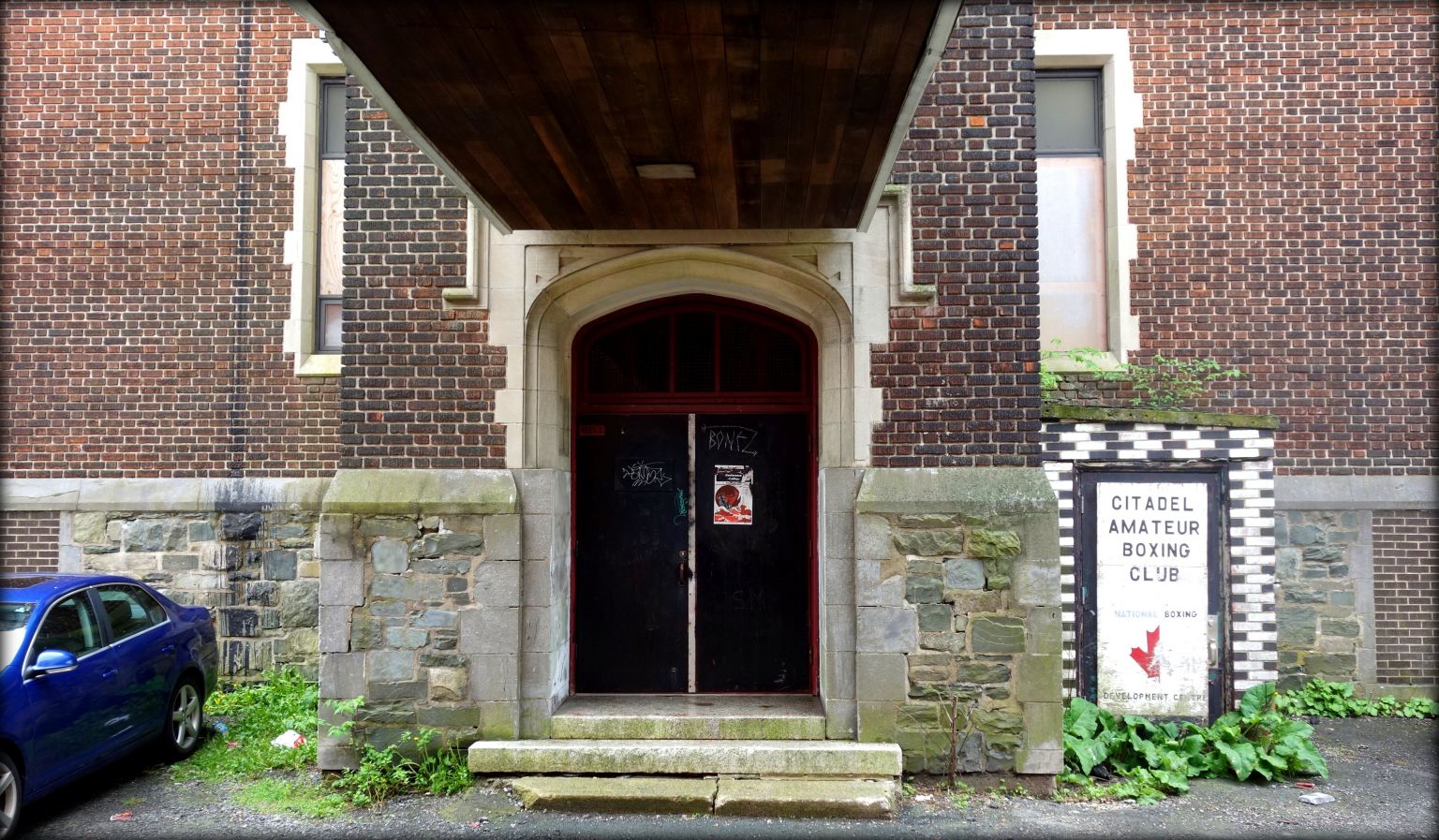 Putting this post together I was surprised at how many good school buildings still survive, although many more have disappeared. There are lots more out there. Did I not include your favourite? 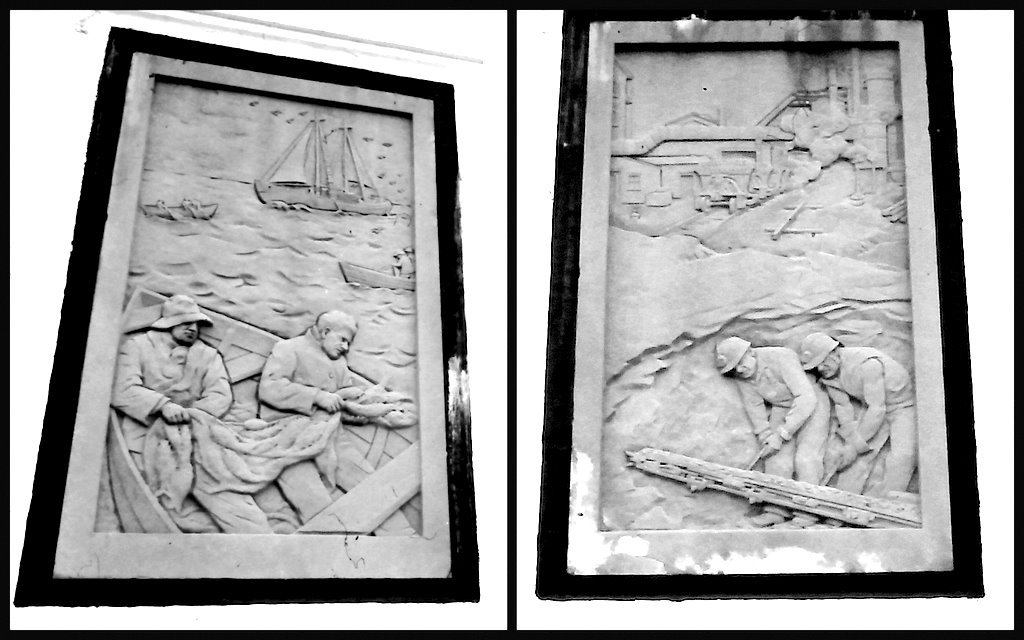 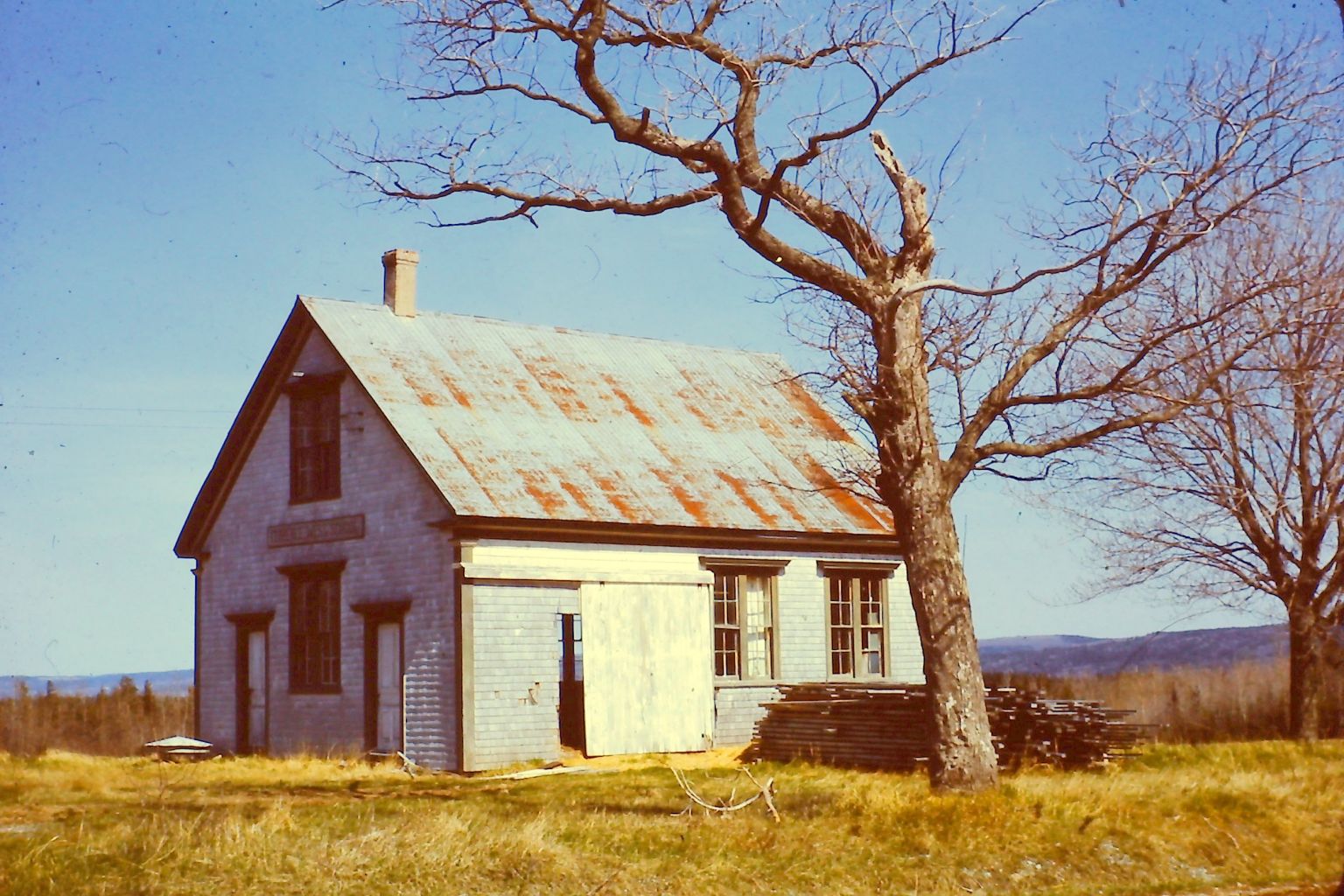 The two entrances were probably for girls and boys. 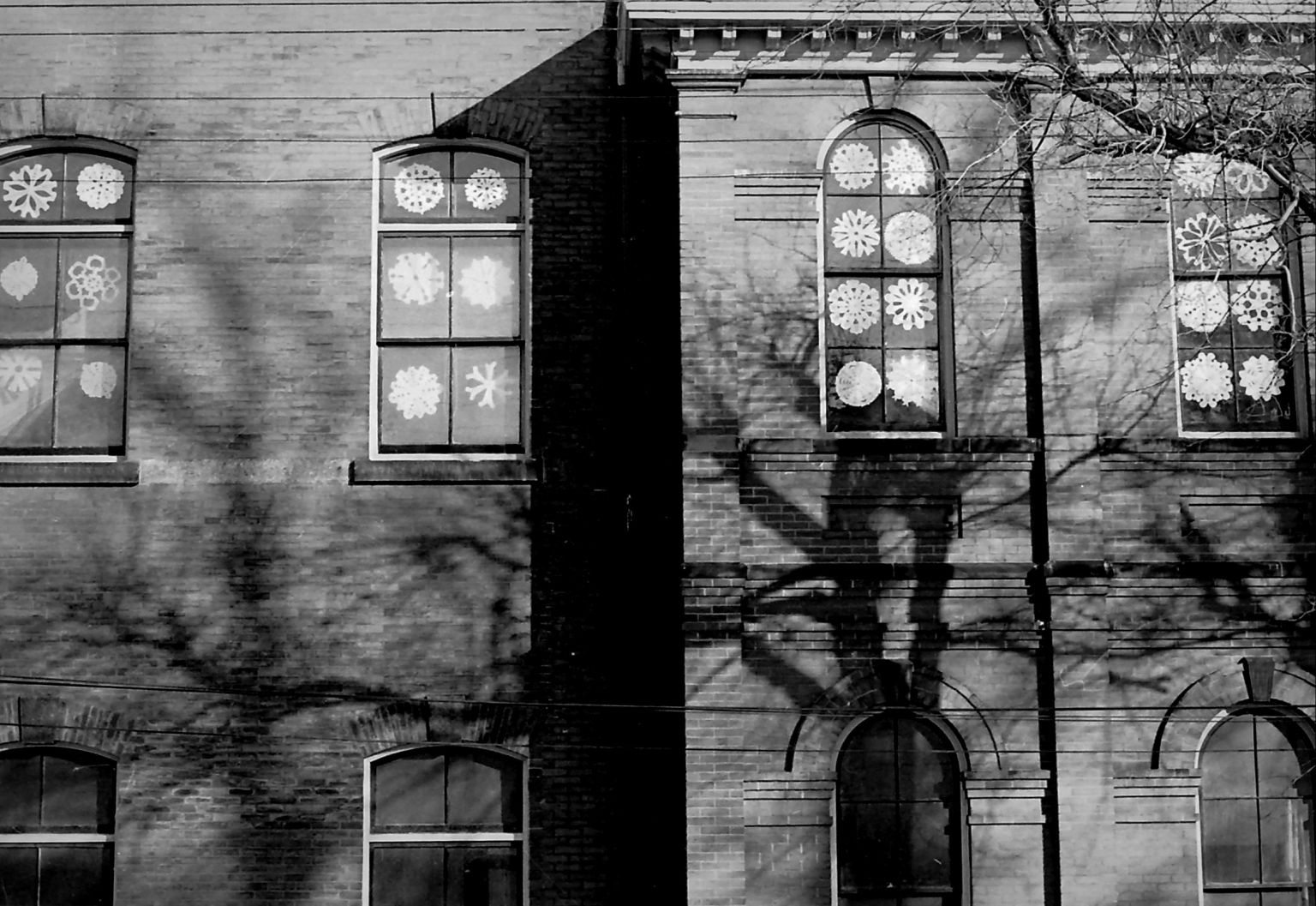