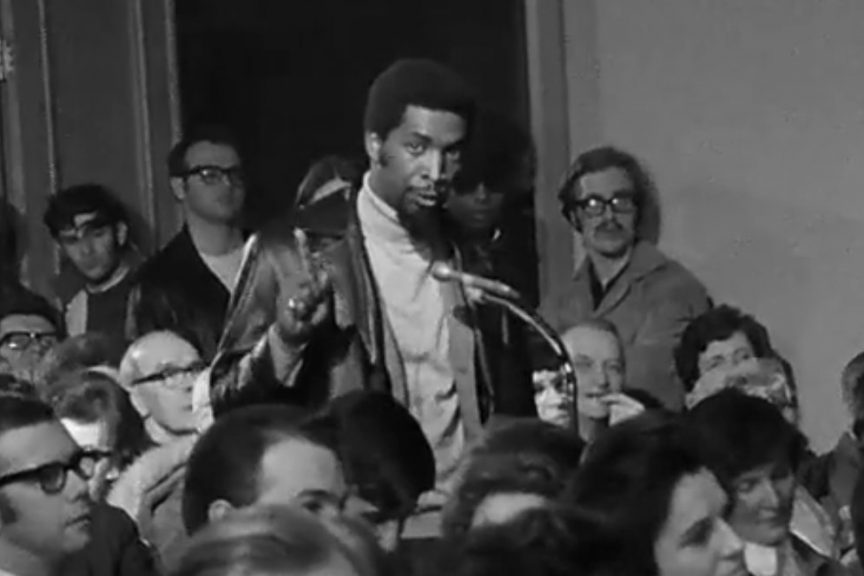 Are there documents you consider essential to understanding Halifax? My suggestion is a National Film Board documentary Encounter on Urban Environment. It records a week in February 1970 when a panel of 12 specialists from “away” spent long days meeting with government, institutions and the community to uncover existing issues and consider pathways to the future.

If you care about why Halifax is the way it is, prepare to be mesmerized for 1 hour 48 minutes. The film is free on the NFB site so you can be sampling it anytime.

Although most of the film shows the encounters between the panel and the community, there are also tantalizing glimpses around town. Some scenes are familiar, like buses caught in traffic. But unrecognizable is Water Street before the harbour’s edge buildings were demolished. The Lord Nelson is unchanged but I’d totally forgotten the stylish airport transport vehicle, in the days before passenger vans were invented. Encounter Week was sponsored by NS Voluntary Planning and I wonder how they put together such a diverse group of smart men (ALL men because 1970).

One of the stars from my point of view is Rev. Lucius Walker, who in a gentle voice points out the obvious racial issues that challenge the city. Wikipedia tells that in the late 60s he was part of a demand that American religious organizations allot $500 million as reparations for slavery. Sounds familiar. Often the spokesman for the group is Dr Scott Greer who wrote the textbooks on urban sociology. He smokes constantly (they ALL smoke ALL the time) and has a wonderful, American East Coast speaking style. He calls Halifax a “small, charming, provincial society . . . debris of the British Empire” and the audience knows it is true and applauds. Random comments
During the day the panel met with governments and groups and every evening they held a public meeting to report what they had heard.

The public events were well attended. The People Speak
My impression is that there are more black people in the audiences and speaking than I ever see today. The destruction of Africville was relatively fresh and the narrative we have heard for the last 50 years already established. Muriel Duckworth was president of the Voice of Women and a tireless pacifist. In the nicest fashion, she said there should have been women on the panel. At the time this would not have been as obvious as it is today. If you have attended meetings on city planning or the environment over the last 40 years you have probably seen Alan Ruffman at the public microphone speaking truth to power.  The Encounter panel heard young Alan. Last evening, exactly 47 years after Encounter, we invited some folks of my generation over to eat Sheila’s delicious cornbread casserole and to watch the film.  Everyone was as pleased as they could possibly be with the evening. I wonder what younger folk would make of the documentary?
Postscript
I was around during Encounter and remember the excitement and turmoil it generated but I did not attend any of the meetings. I do have a stylish sticker that the Design Division of the Art College produced for the event. You were supposed to stick it on an “environmental object” that enhanced your world. The sticker itself enhanced my world, so I’ve kept it.