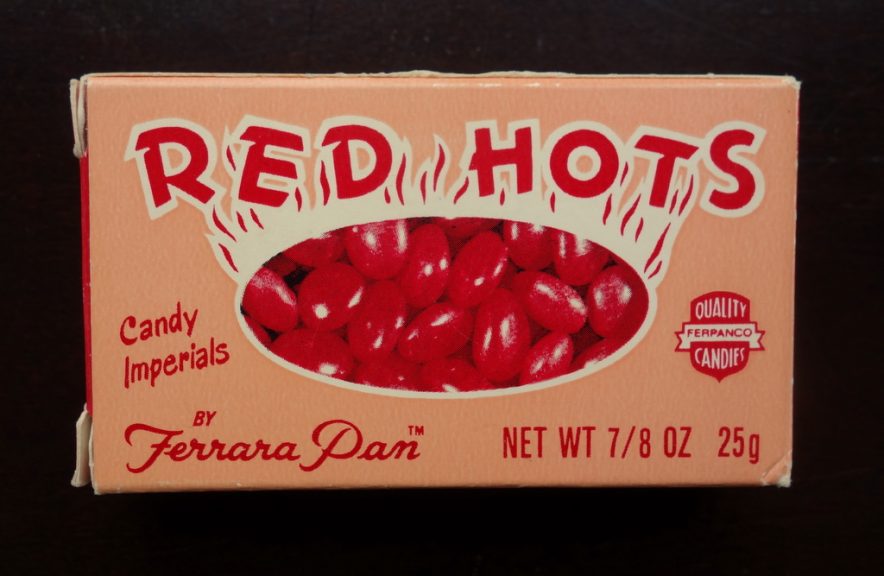 Act One: Heart of Stone

Do you remember, a lifetime ago, the day before Donald Trump’s inauguration? There was some sort of official concert that included fife and drum bands. While Mr. Trump and his wife were leaving the event a DJ played Heart of Stone by the Rolling Stones. Folks thought this was peculiar but we didn’t realize how peculiar the world could become.

My first thought was: We have a heart of stone sitting on the windowsill in the kitchen! 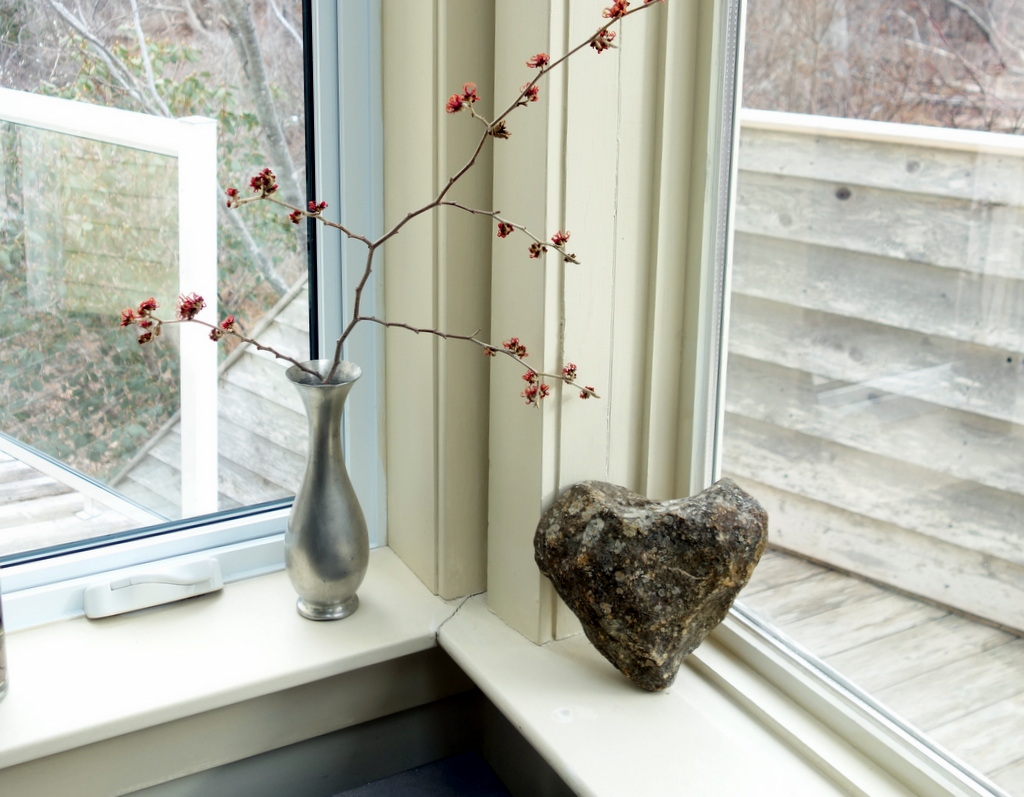 This beautiful, natural, object turned up last summer when a new septic system was dug into a stone pile at the edge of our garden. The heart is subtly coloured with ancient lichens. 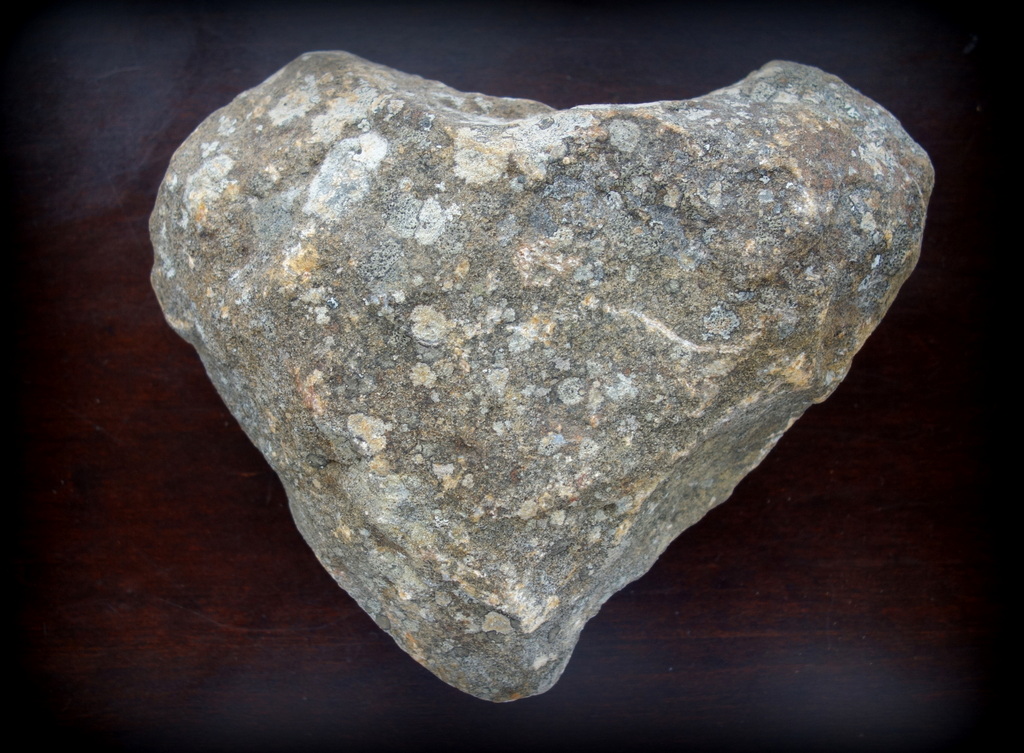 These days many people have heavy hearts. This one weighed over 3.5 kilos on the kitchen scales. Handle with care.

Not as hard as stone but still quite hard are the cinnamon hearts bought yesterday. A favourite Valentine’s-themed candy but they appear to have gotten less heart shaped over the years. 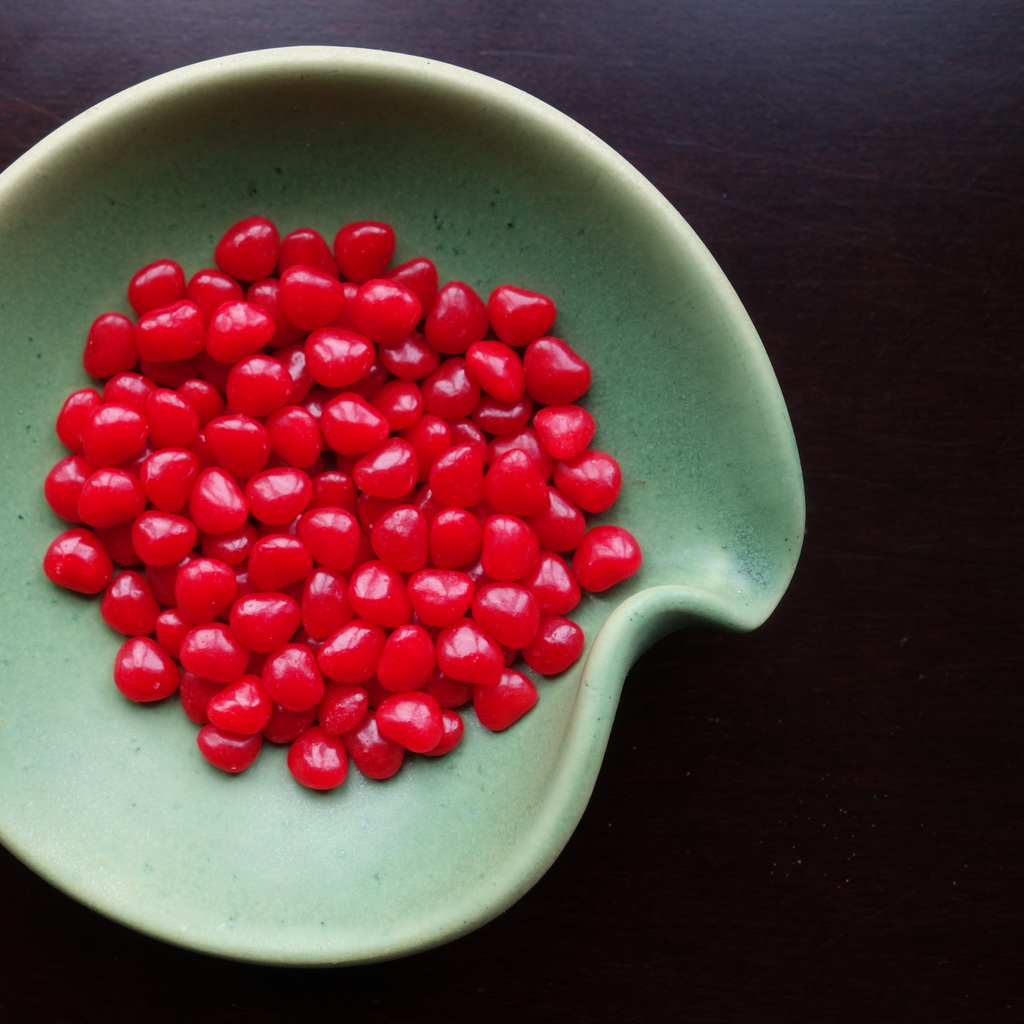 I think cinnamon hearts must be similar to Red Hots, Candy Imperials. I bought these years ago to get the smoking little package. 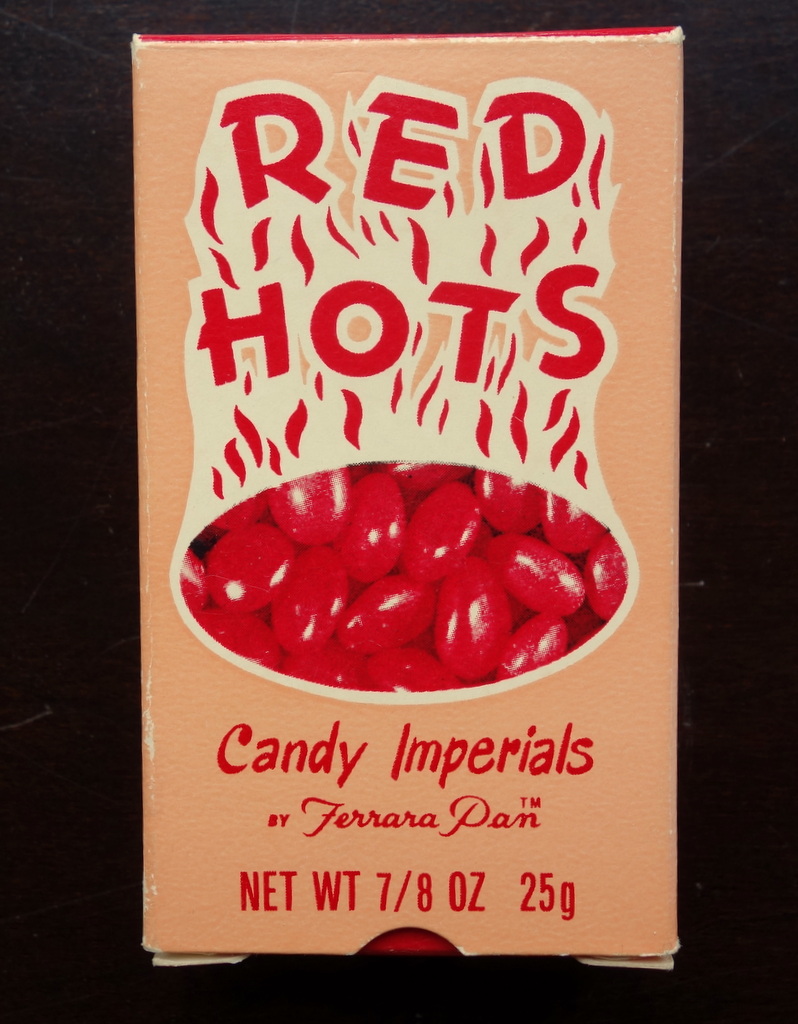 Which then reminded me of these tight-lipped, butterfly-winged cupids stoking the flames in a heart. Sort of like the dumpster fire Steve Bannon has been stoking. 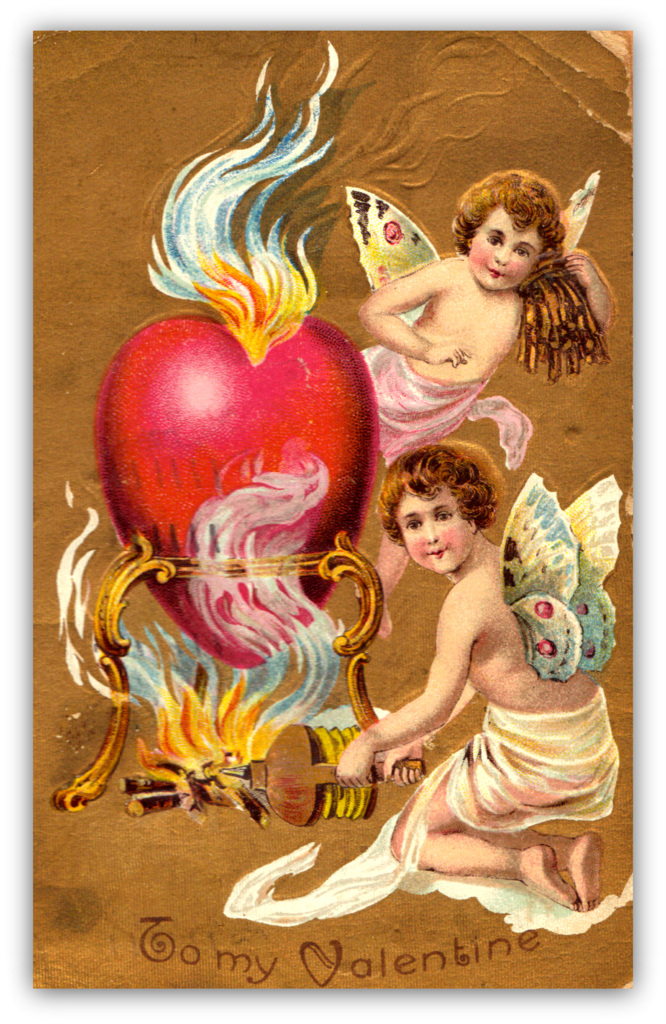 Mention of “Heart of Stone” made me dig out the first album I ever bought, the 1965 Rolling Stones Now. Side one, cut four. 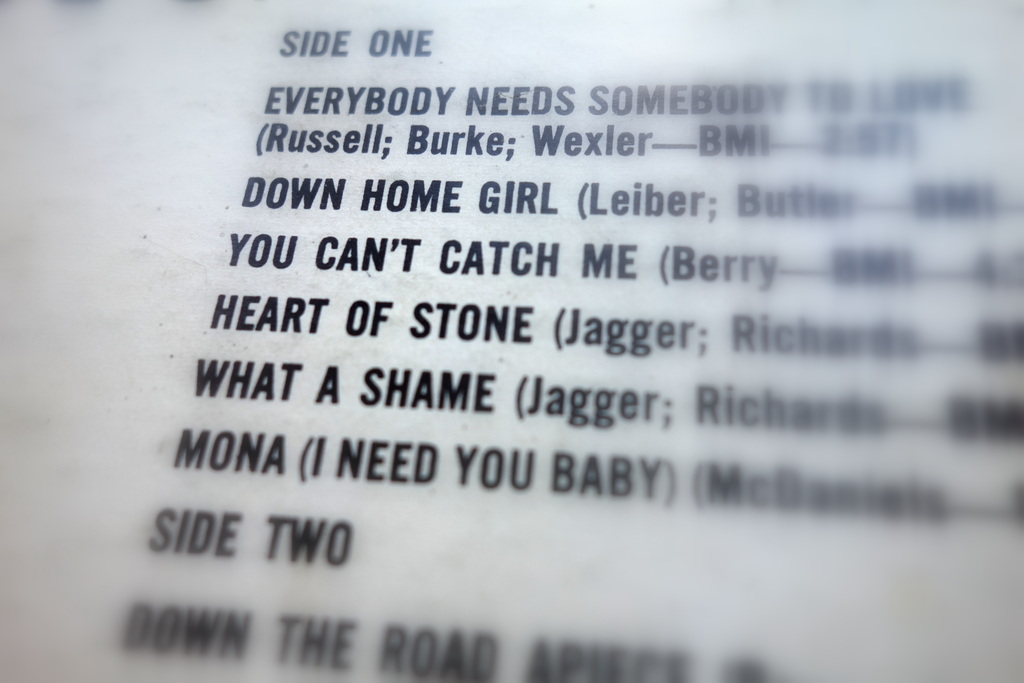 The lyrics didn’t feel creepy to teenage boys in the early 1960s. For this president in 2017: creep-a-rama.

There’s been so many girls that I’ve known
I’ve made so many cry, and still I wonder why
Here comes a little girl, I see her walking down the street
She’s all by herself, I try to knock her off her feet

The album cover has a series of photos by fashion photographer David Bailey. We all wanted to be David Bailey. 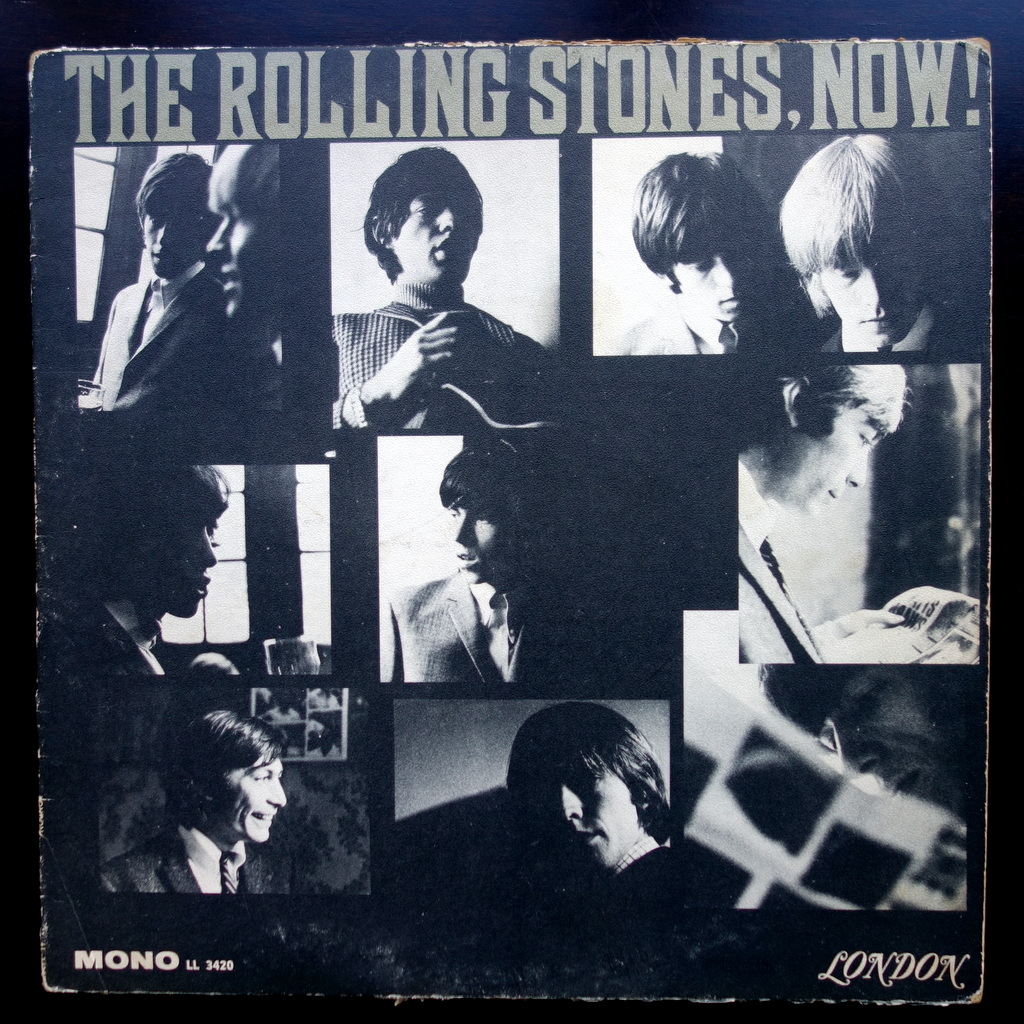