Do you ever walk or drive around the top of Citadel  Hill? I don’t either. Maybe every few years we will take up a visitor so they can understand the lay of the land but we don’t spontaneously say “let’s go up there and look at the view.” However, over the years I have taken a few photos from the hill and I’ve gathered them together for you. Spoiler alert: over my lifetime the view has changed a lot.

My earliest photo was taken in the later 1960s. The tower of the 1936 Dominion Building dominates the skyline and even the steeple of St Paul’s is a player. It was erected in 1749, the year Halifax was founded. Doesn’t it all look like another era? 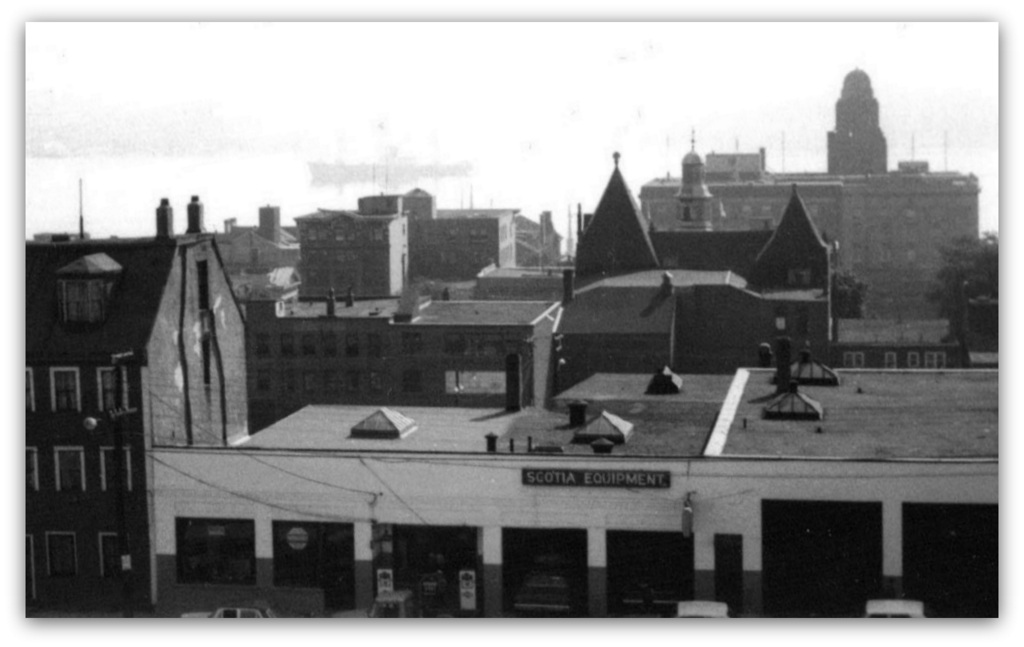 This view of Brunswick Street was taken at the same time I believe. The wooden buildings are on the present Scotia Bank Centre site. The big light-coloured building was the Moirs chocolate factory (can you smell it).  I guess it was tall enough to conceal City Hall.  Now the World Trade Centre has that job. 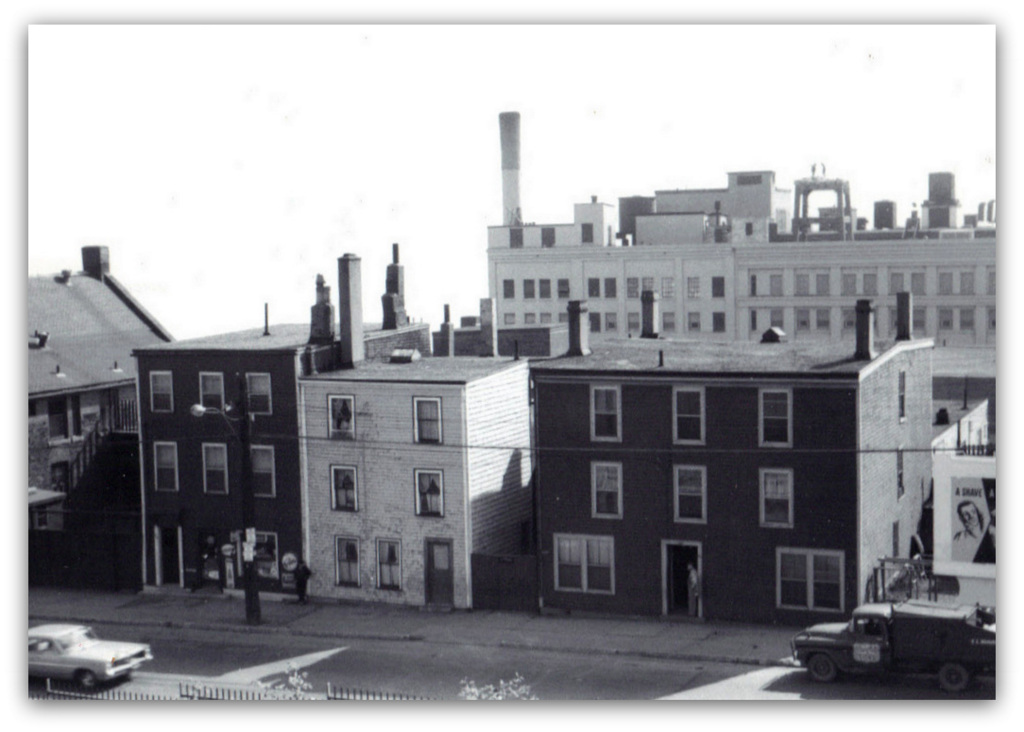 Perhaps a little later was this view to the northeast. St George’s and St Patrick’s show how churches once dominated the skyline, but by then they were equaled by the MacDonald Bridge and the single stack of the Tufts Cove power plant. 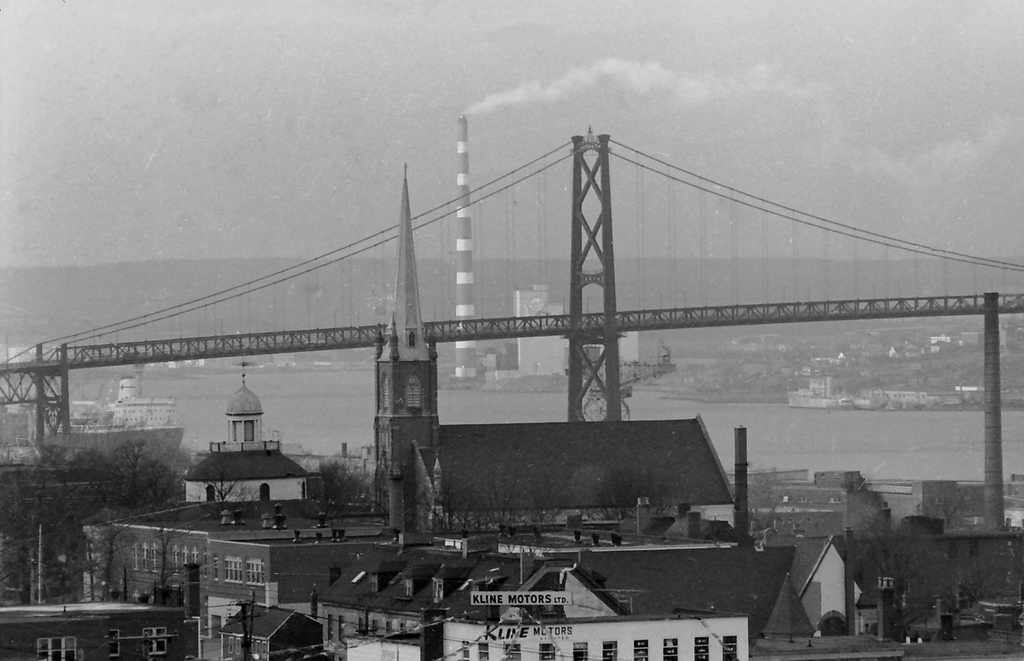 This dim slide was an unintentional double exposure.  To the right of the Clock some new buildings  were beginning to block the harbour view which then triggered you know what. 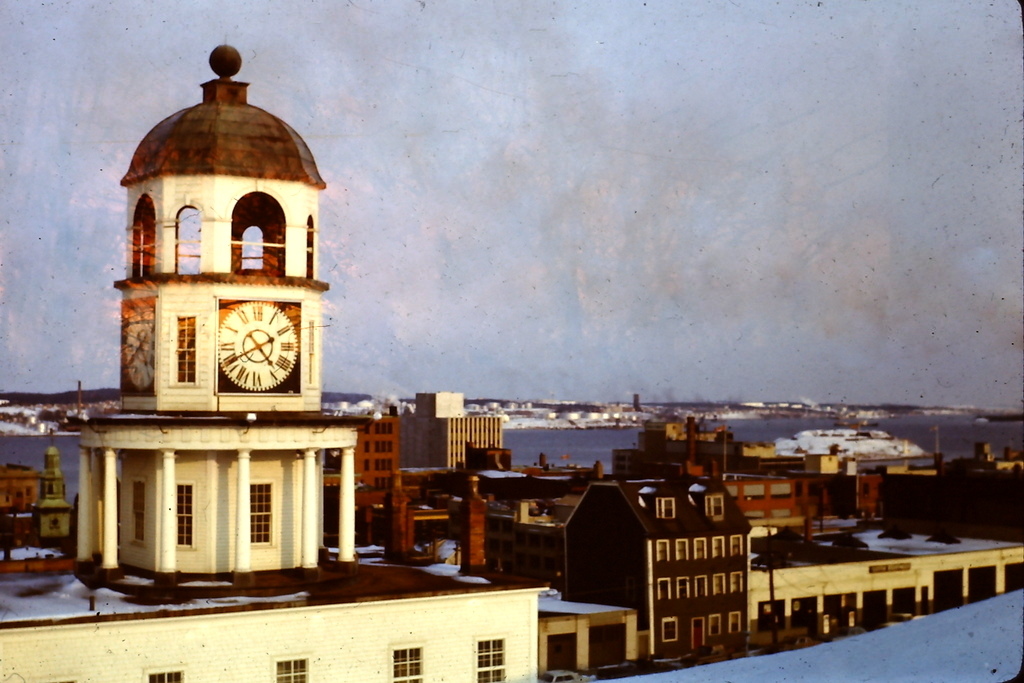 I like this view down the generous width of Duke Street in 1970.  Scotia Square on the left was beginning to fulfill its promise with a vibrant indoor shopping centre.  At the base of the street the Law Courts are under construction. Lots of  buses and some folks are cautiously venturing into the street. 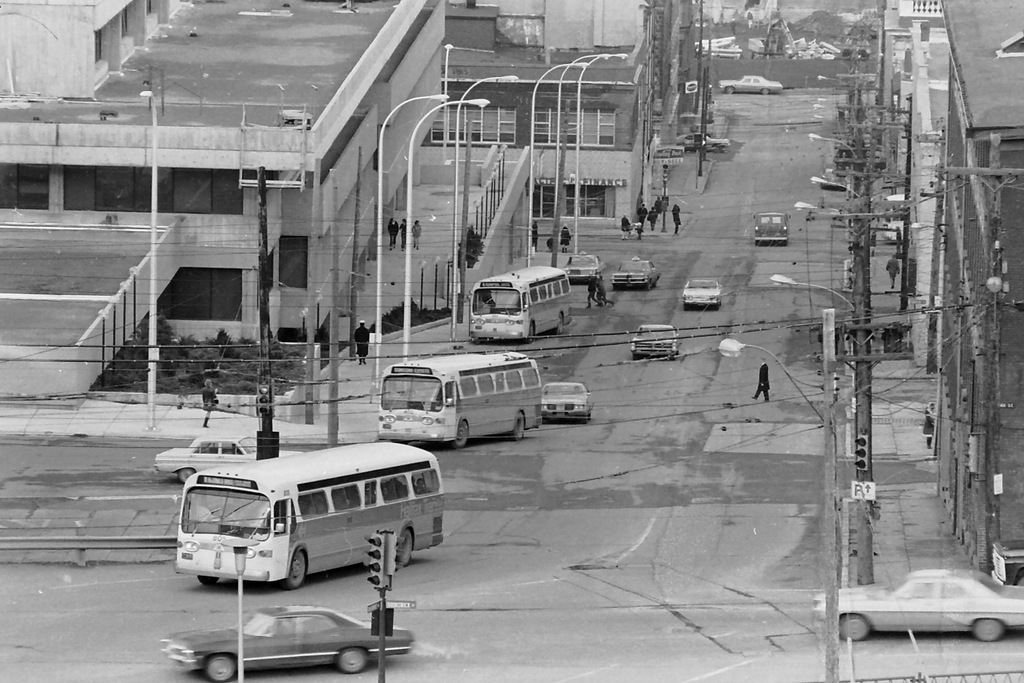 At this same time the bank towers were being erected. The two pointed roofs are on St Paul’s Hall, across Argyle from the church. With all the empty lots in this district, billboards provided a little life. “Now at a family man’s price” could never be the tag line for a car ad today. There would be a more nuanced way of saying the same thing. 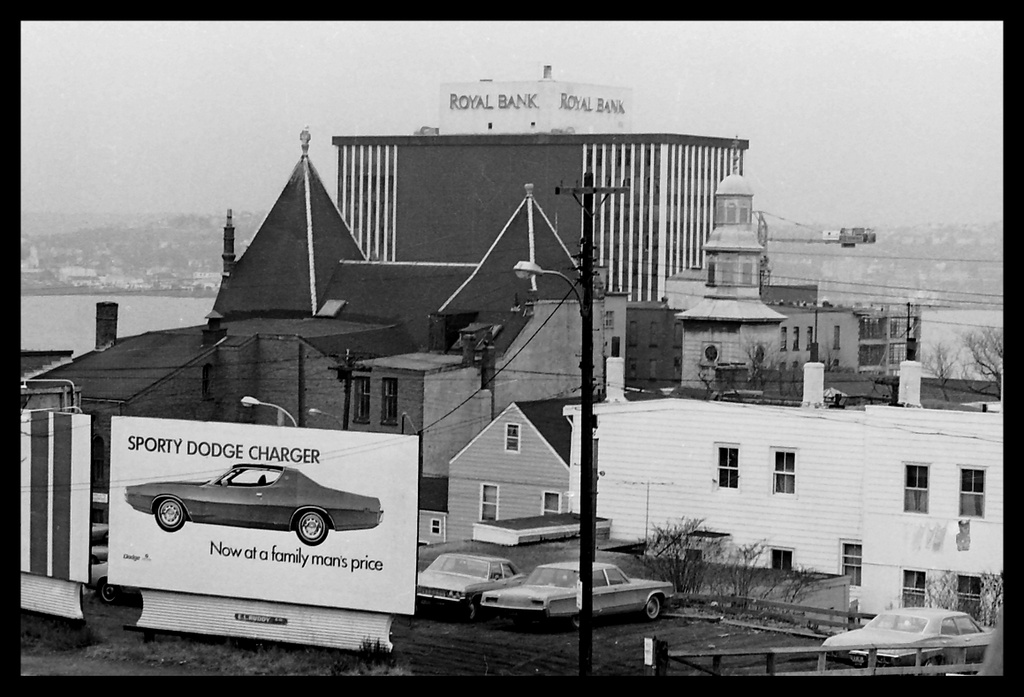 This, I think, is the most interesting picture in the collection because it shows the transition from the old city to the new. It’s 1976 and buildings in the foreground along Brunswick are about to be demolished, and everything behind them to City Hall is already gone. 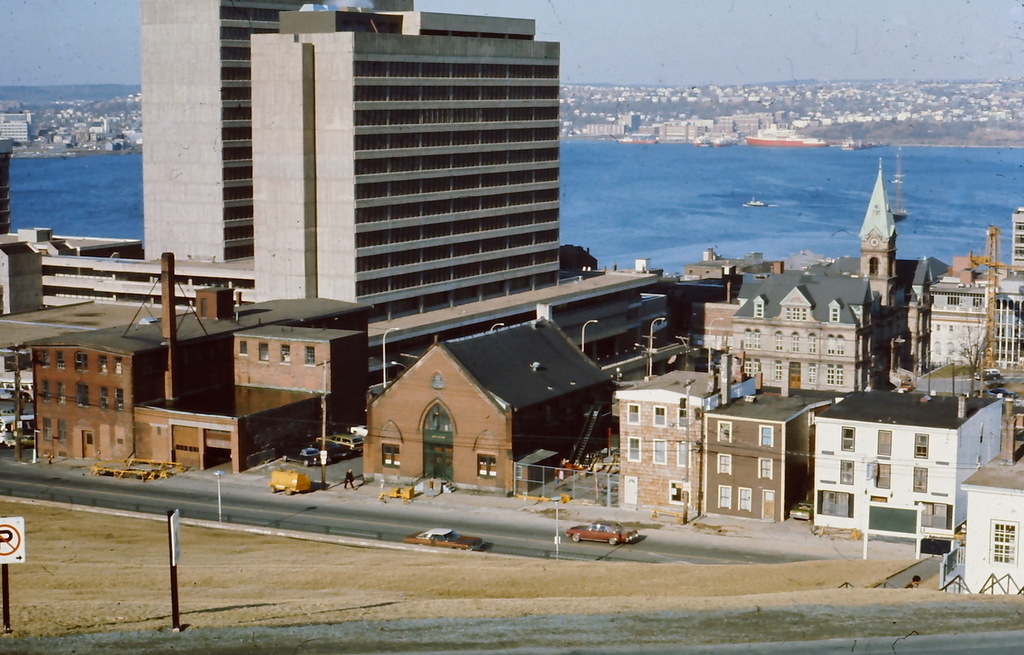 And just to remind you, here is the same view a couple of years ago. Are you nostalgic for the old Metro Centre logo yet? 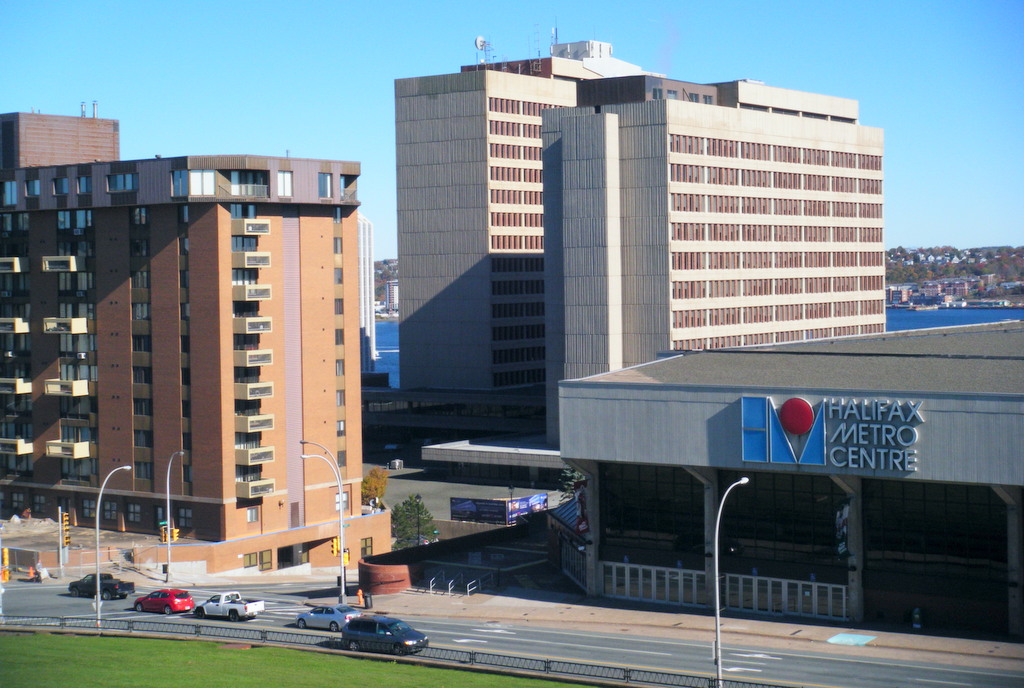 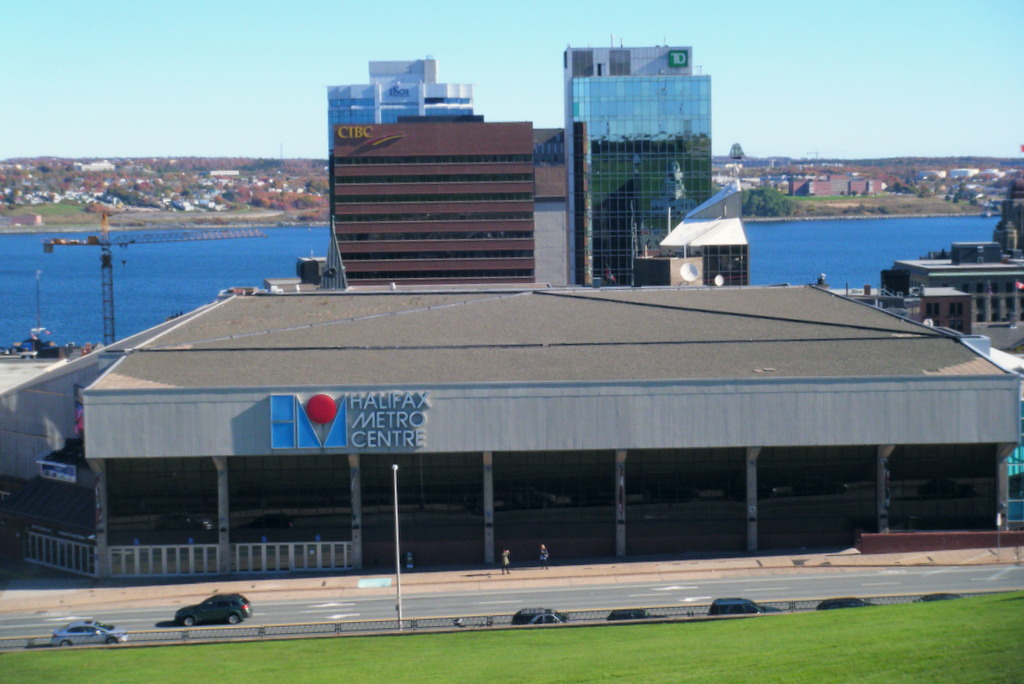 I’m glad to hear people talking about respecting the views towards the Citadel from the Central Library.  For sometime I’ve treasured those more than the views from the top of the hill.