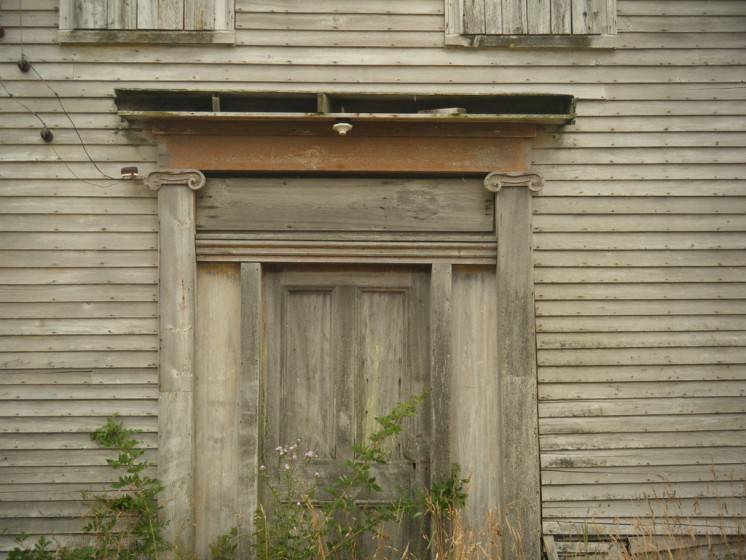 Many folks have a fascination with derelict or abandoned buildings. They have the authenticity of a primary document. And the best examples have a delicious melancholy that is particularly tasty when you are young.

In the 60s and 70s I would often stop at abandoned houses in the countryside. I was not a particularly bold adventurer but I did learn some things about older construction techniques and never fell through a floor.

One of my first abandoned building experiences was in the summer of 1965 when I  checked out Moxham Castle in Sydney.  It  had been built in 1900 by the manager of the steel plant and was probably the most famous abandoned building in Cape Breton.  I remember a grand staircase and vast public rooms.  The only piece of furniture left was a robust and immovable pool table with a slate top.  The building burned within a year or so of our visit. 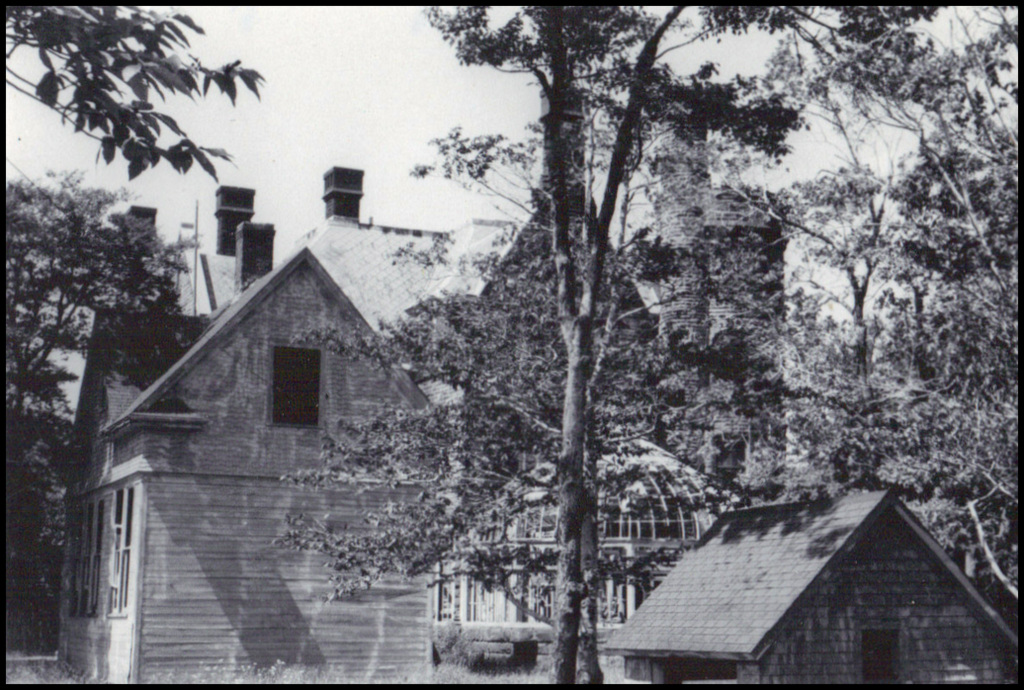 Here is a detail taken in the summer of 1968 near Fort Lawrence on the NS/NB border.  Now I don’t recall what the building might have been.  (Always take that establishing shot before you go all artsy). 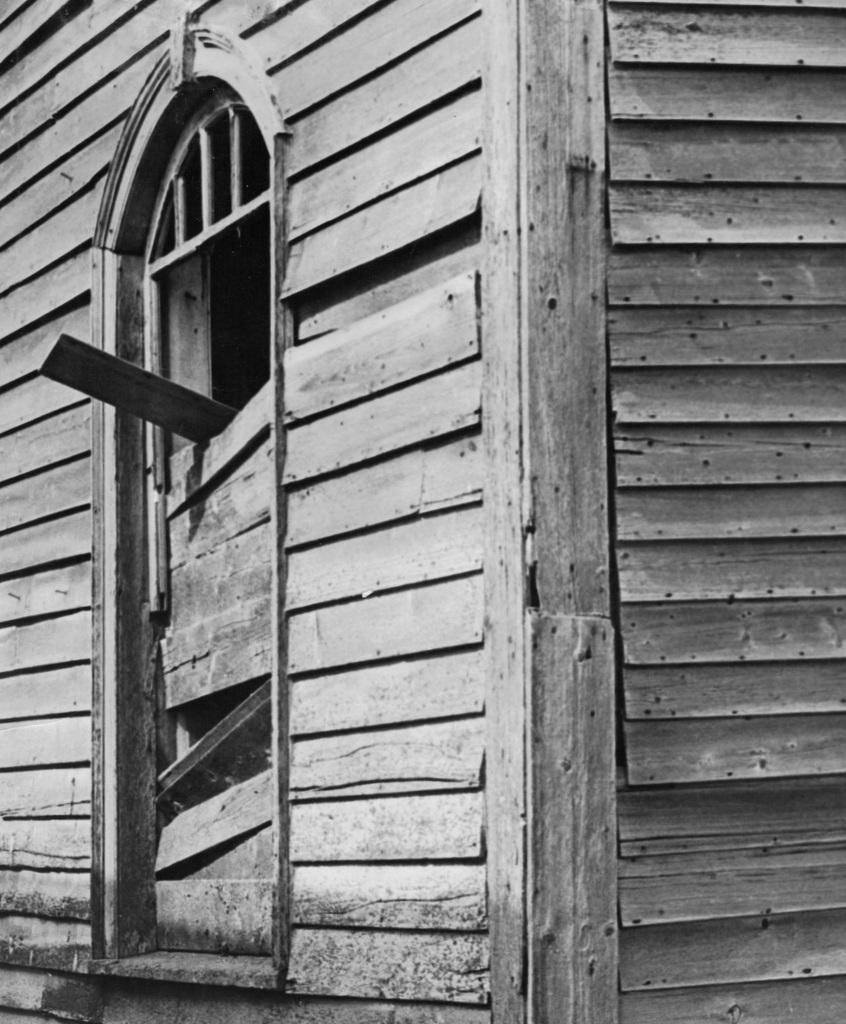 It is my sense there were more derelict houses in the countryside in the 60s and 70s  as farming declined.  I believe this striking house was near Antigonish. 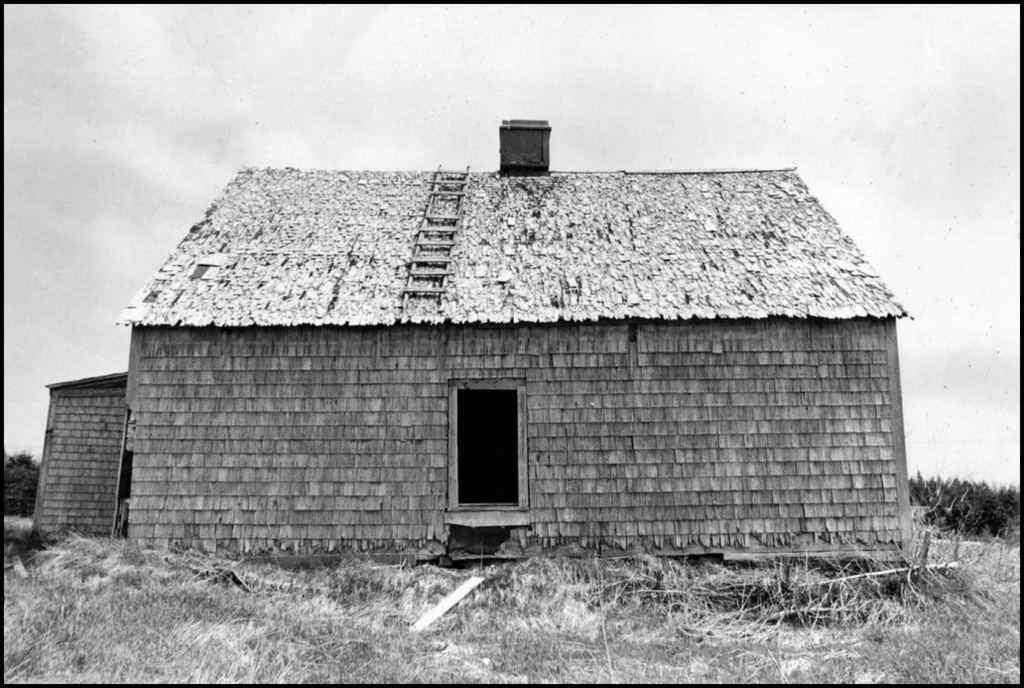 This farm house was photographed in 1973 on a beautiful site overlooking  Lochaber Lake near the border of Antigonish and Guysborough Counties.  Now I would spend time looking  for relic plants; are those old fruit trees and a clump of lilac? 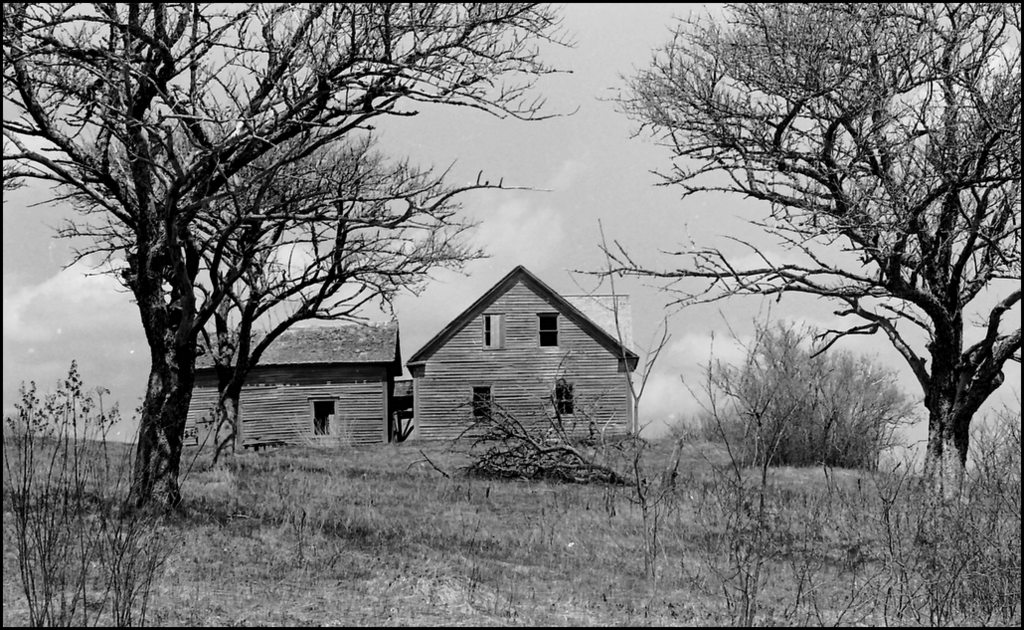 Below Sherbrooke Village across the St Mary’s River was this isolated home. 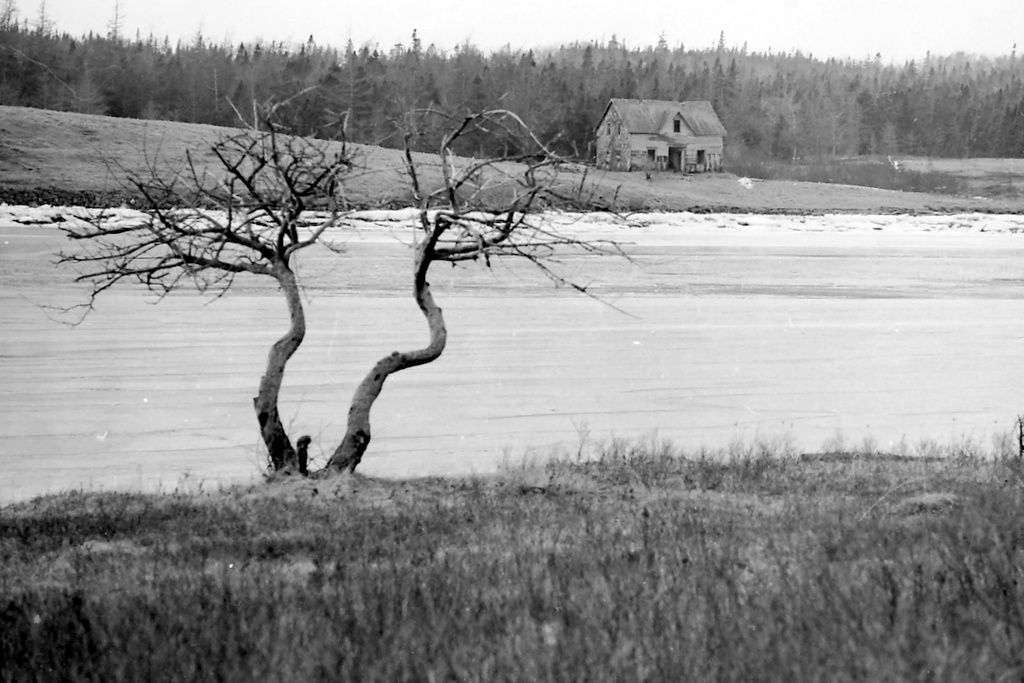 I hiked into the house (probably in 1973)  and was pleased to find a simple stencilled border in the parlour. 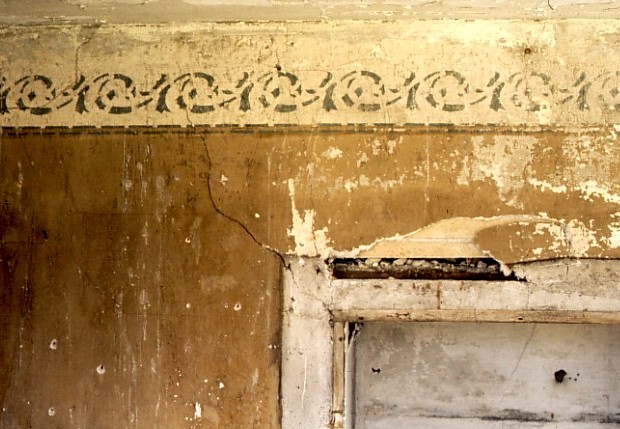 At the same time that farms were being abandoned, many small communities were losing their shops. Marble Mountain, beside the Bras d’Or, was particularly evocative in decline. 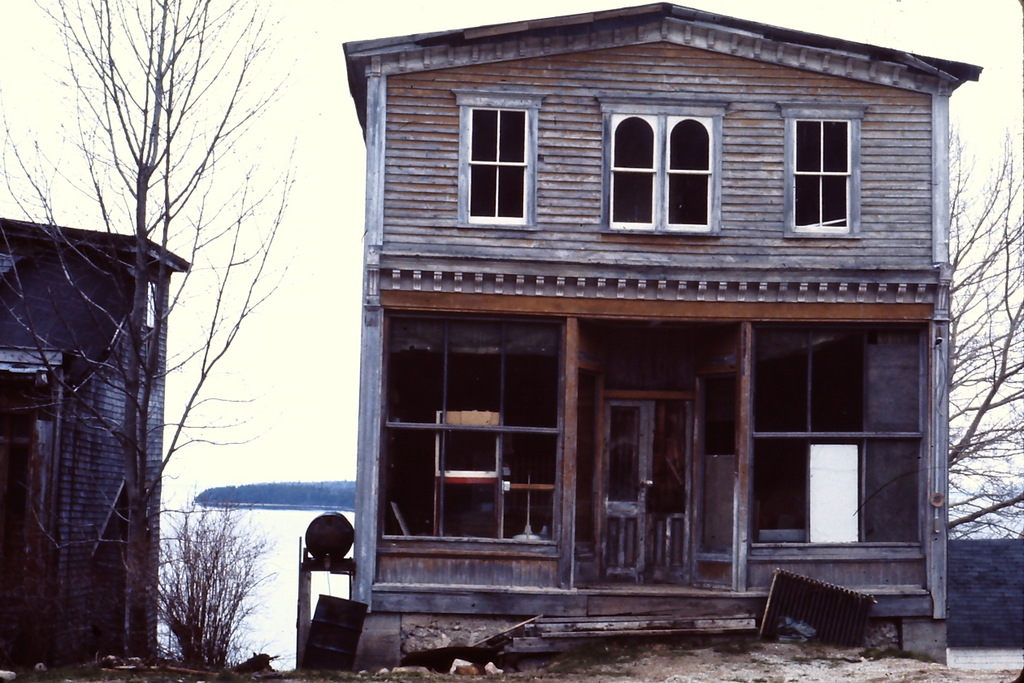 This little Greek Revival shop was in Maitland. 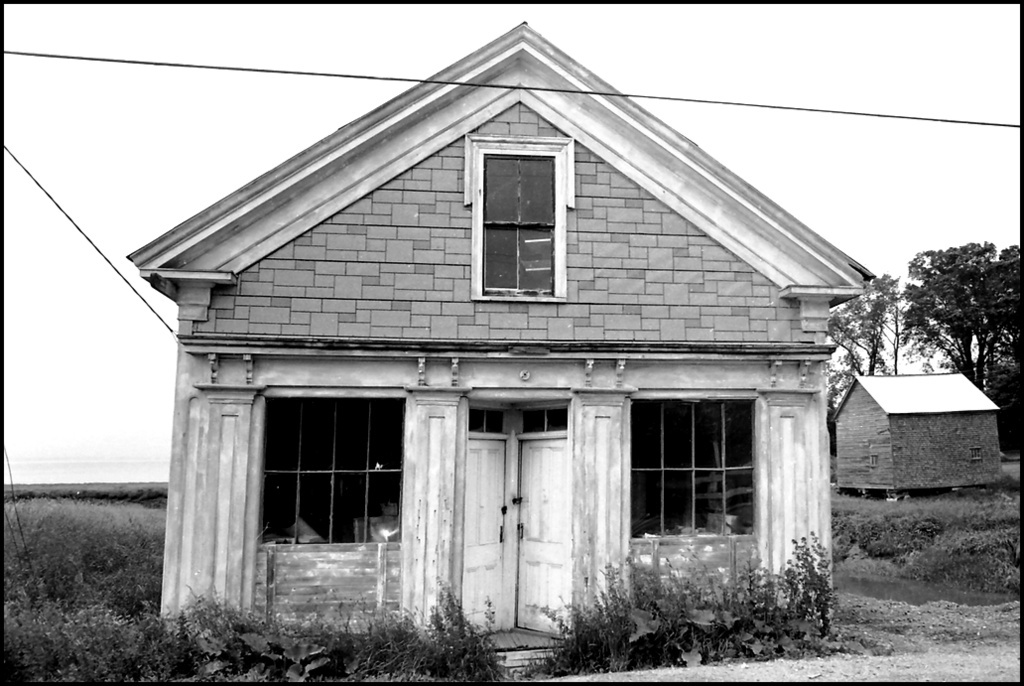 And this shore side shop was in Freeport at the tip of Long Island on Digby Neck. 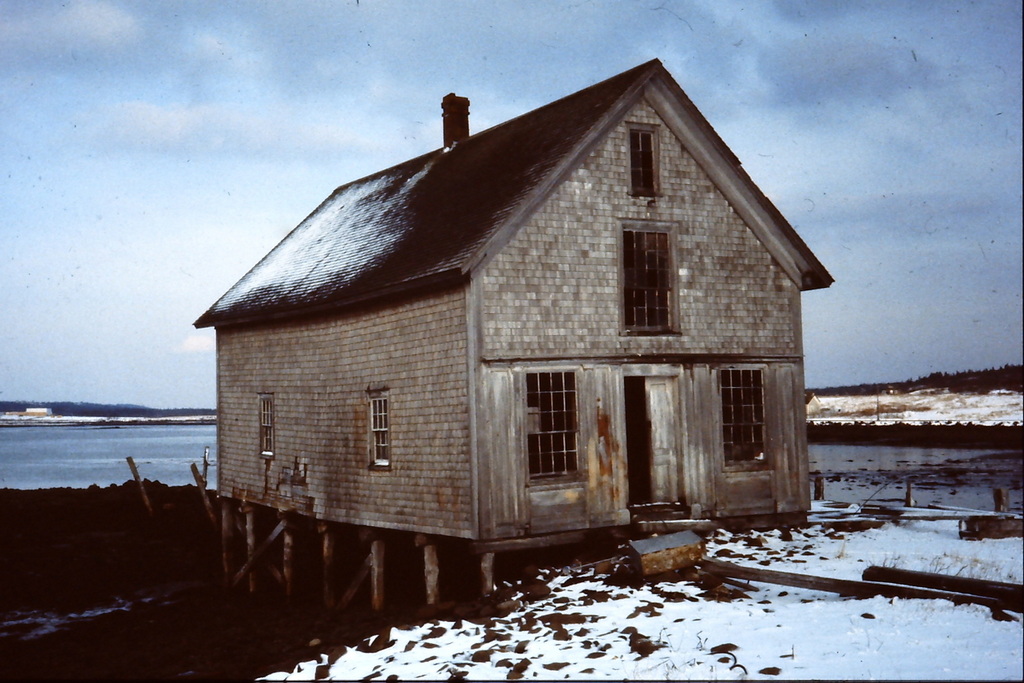 The landscape is undoubtedly still dotted with abandoned buildings but I don’t take particular notice anymore. Then, occasionally  we happen upon something extraordinary like this hall near Yarmouth, noticed a couple of years ago.  Well worth a stop. 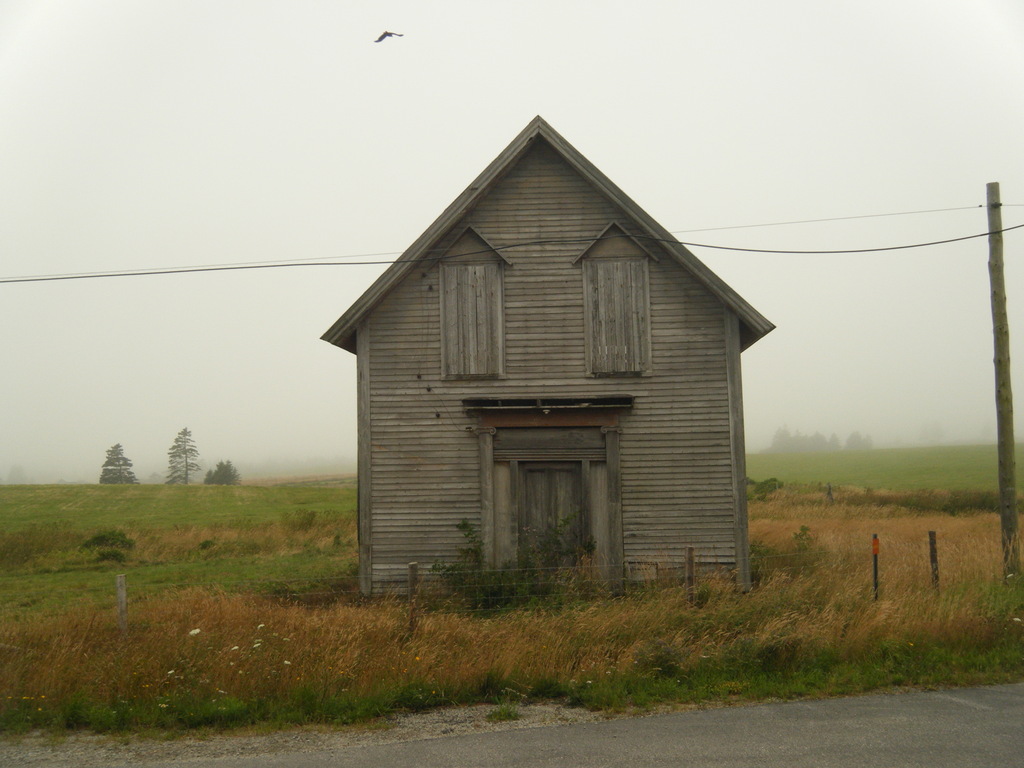 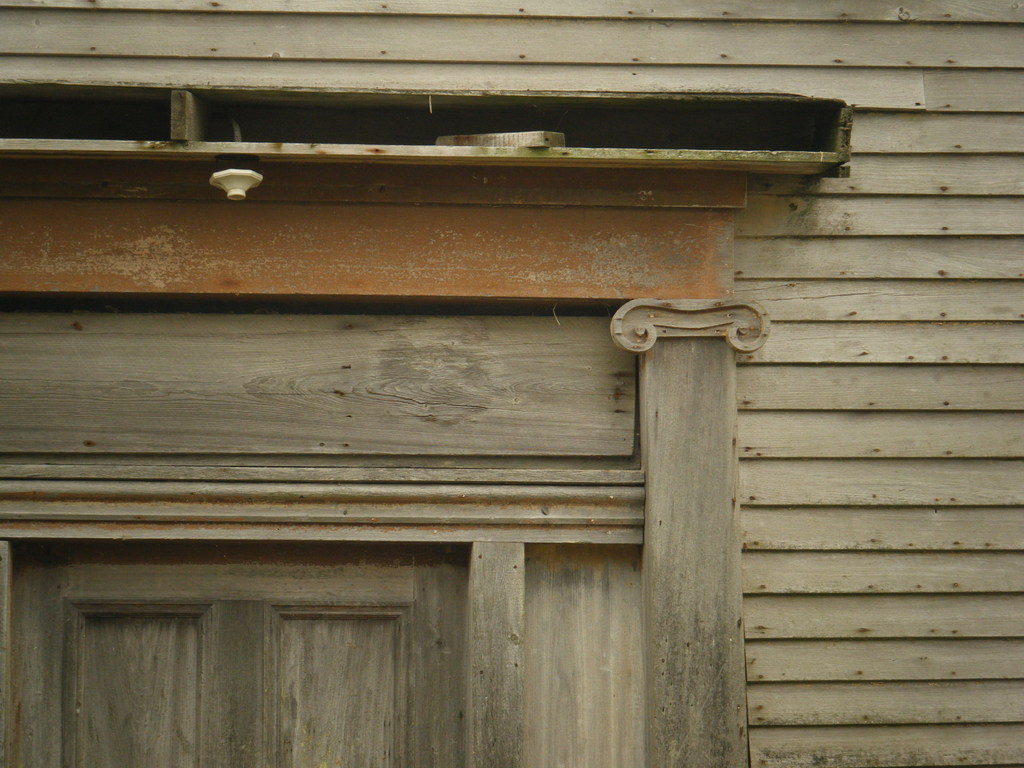 Usually derelict buildings never come back to life, but there are exceptions.  The buildings that became Historic Properties on the Halifax Waterfront had gone about as low as you could go when I visited in around 1966.  This later became the Lower Deck where I ate many meals of sausage and sauerkraut. 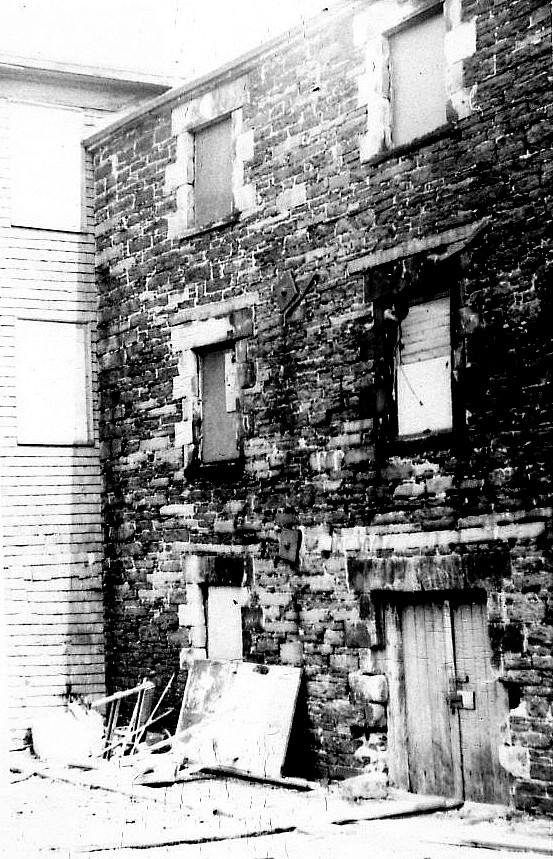 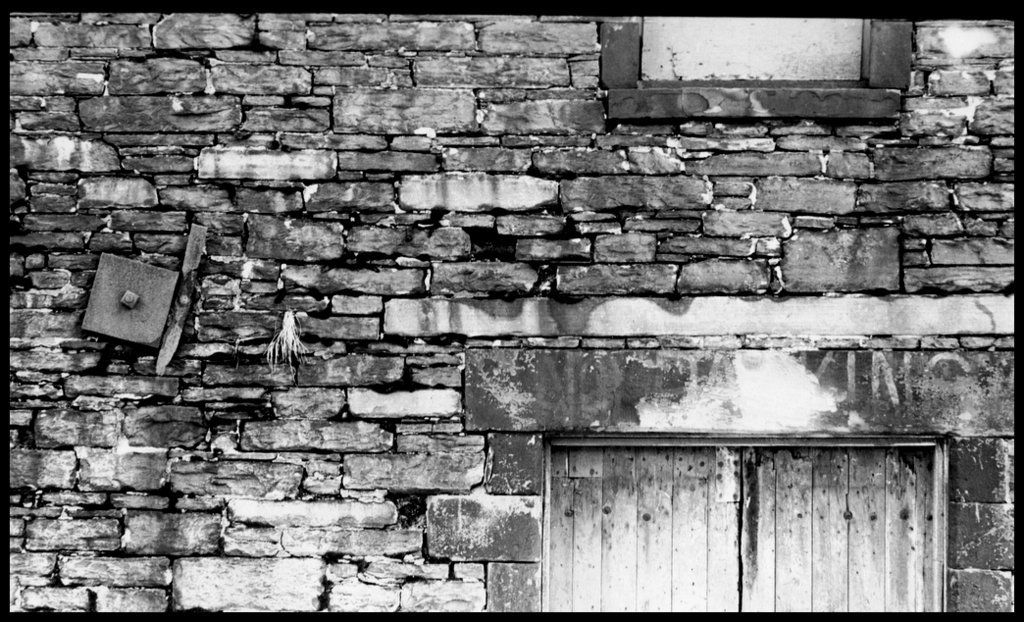 If you want to see what is mouldering out there today,  explore the excellent albums of the bold  Kenda Landry.