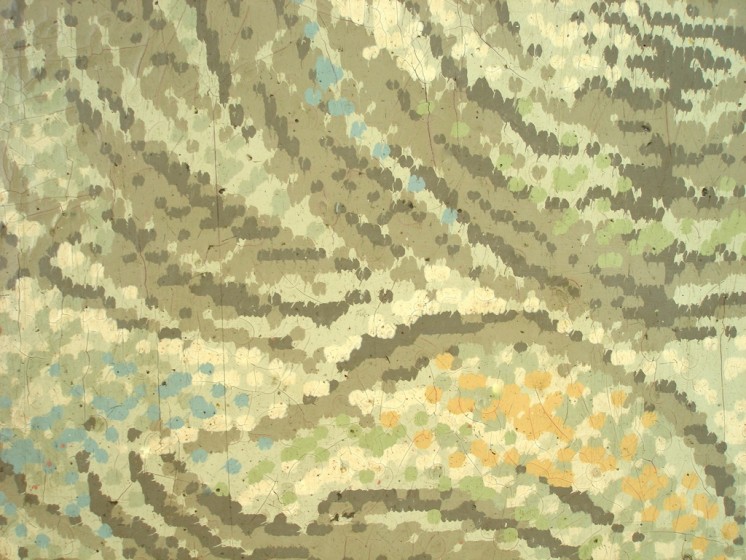 Last evening we sampled a couple of events. First was the first birthday for The Halifax Examiner. Many of my readers find this blog because Tim Bousquet has been very generous, including links on the Examiner site. If you are not a reader of his daily take on the news, you are missing a treat. And you should consider subscribing so that the band can play on.

Next we went up to Fred where the Ecology Action Centre were doing the public launch of a Capital Campaign for the expansion of their offices on Fern Lane.  Everyone was excited about the construction, that is well under way.  Another worthy project to support. 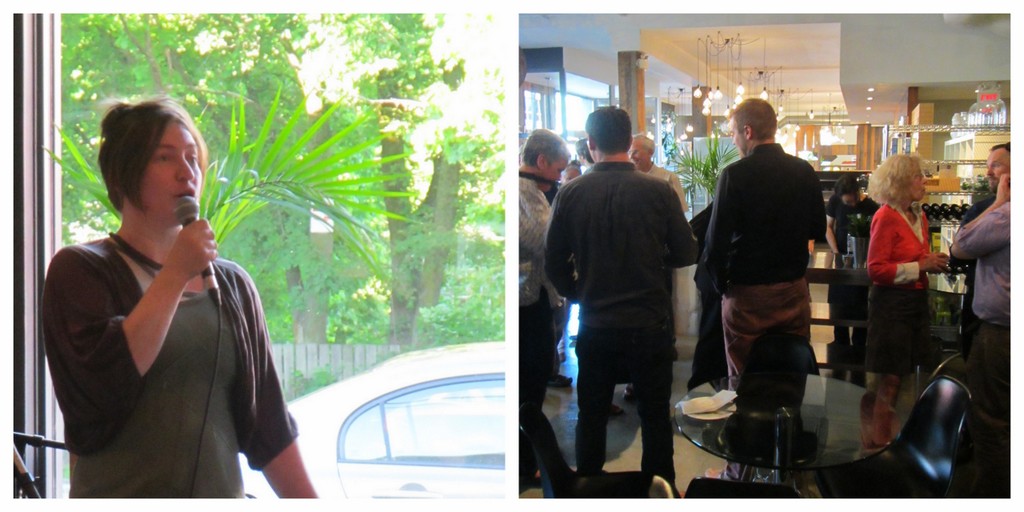 This made me think back to 2005, when EAC started renovating the building the first time.  Sheila and I volunteered a few days, mostly pulling nails and sorting demolition material. Everything was being reused or recycled in some way. An amazing dedication to walking the talk.

The building (early 20th century) had never been distinguished and showed all the signs of a hard life. One thing I began to notice in the debris were bits of linoleum floor coverings.  Most of these probably dated from the 1950s and 60s and were very common in my youth.  It was fun to see them again so I collected a few samples.

A common design approach was to  suggest a vaguely oriental carpet. This is a very worn example. 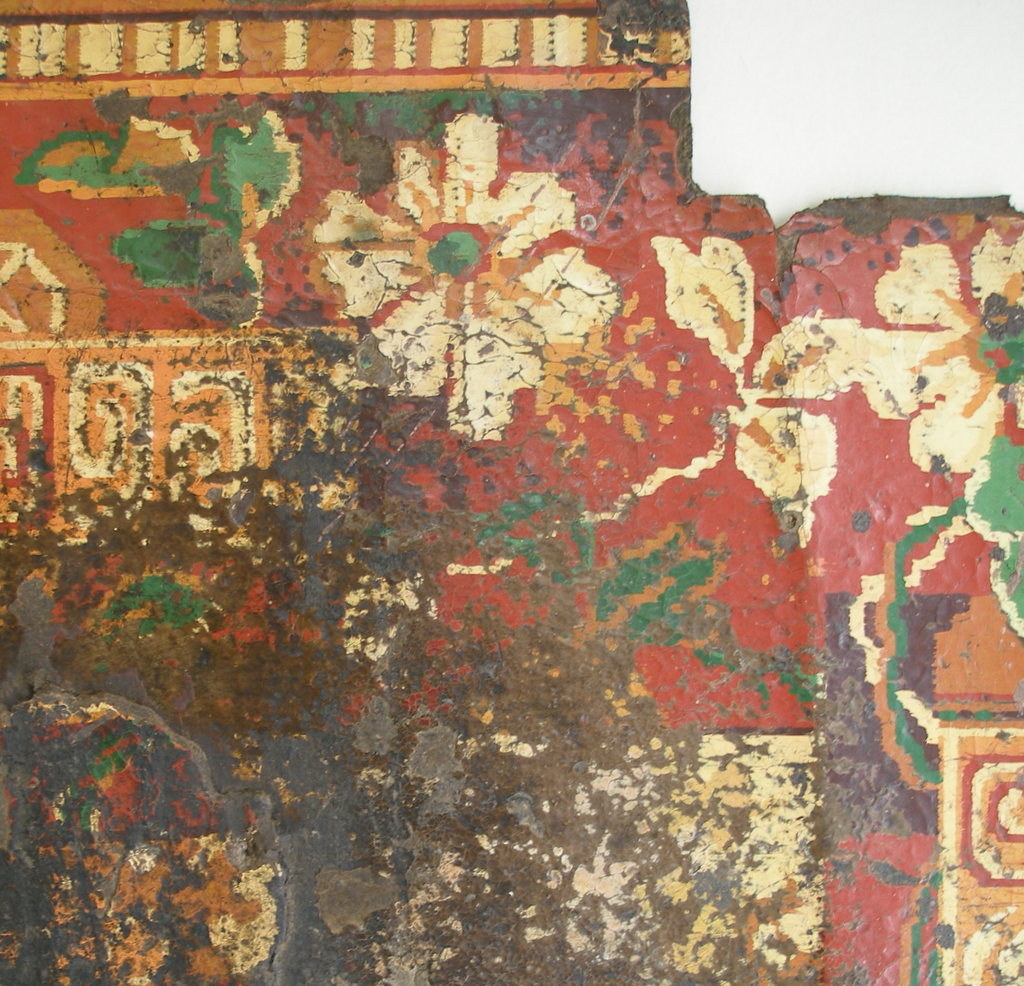 This design is actually quite nice. Almost as if it was designed by Georges Seurat. 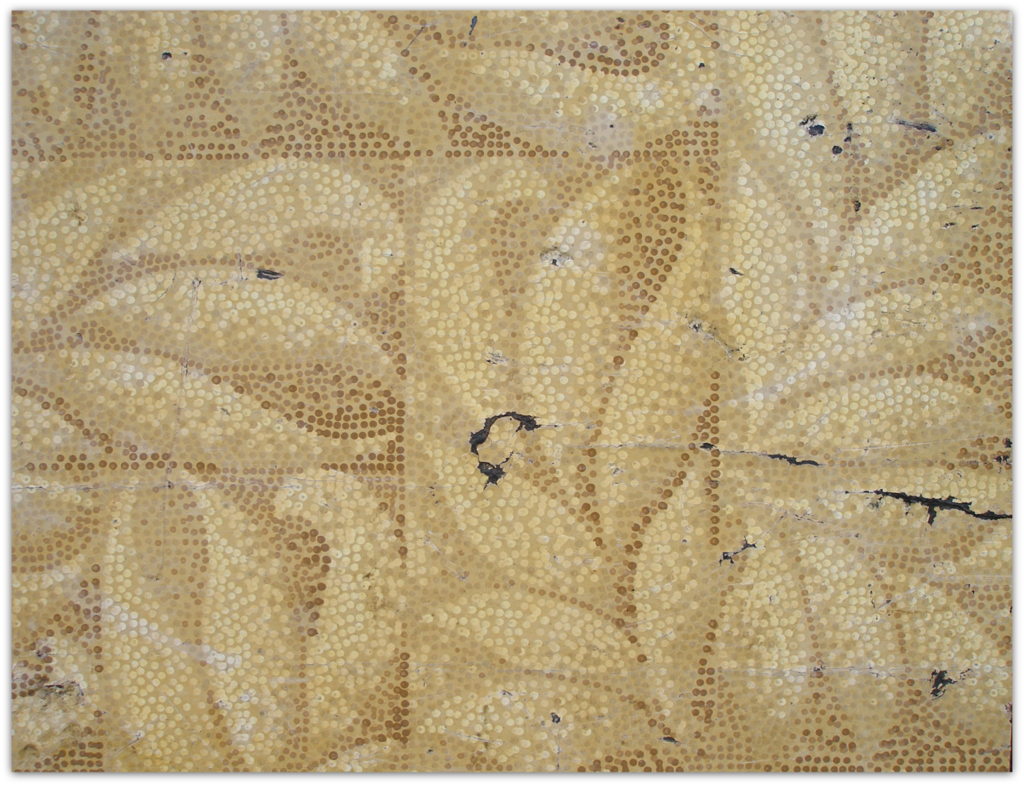 A number of patterns were abstract in a particularly 50s manner.  The patterns brightened a room and also camouflaged a little dirt . 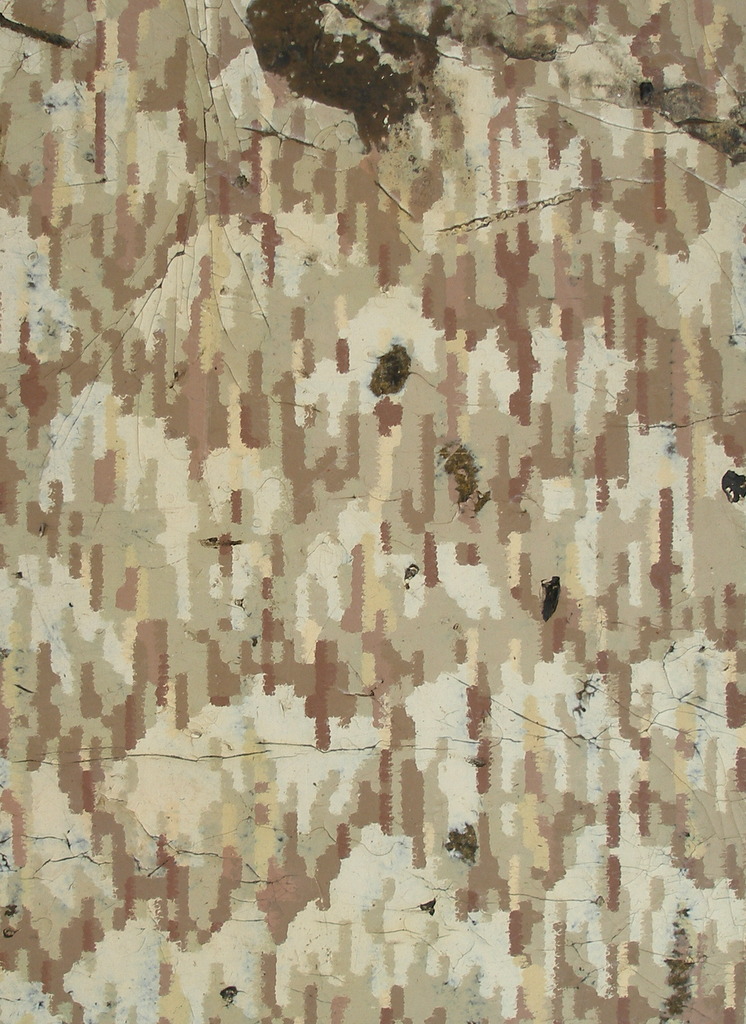 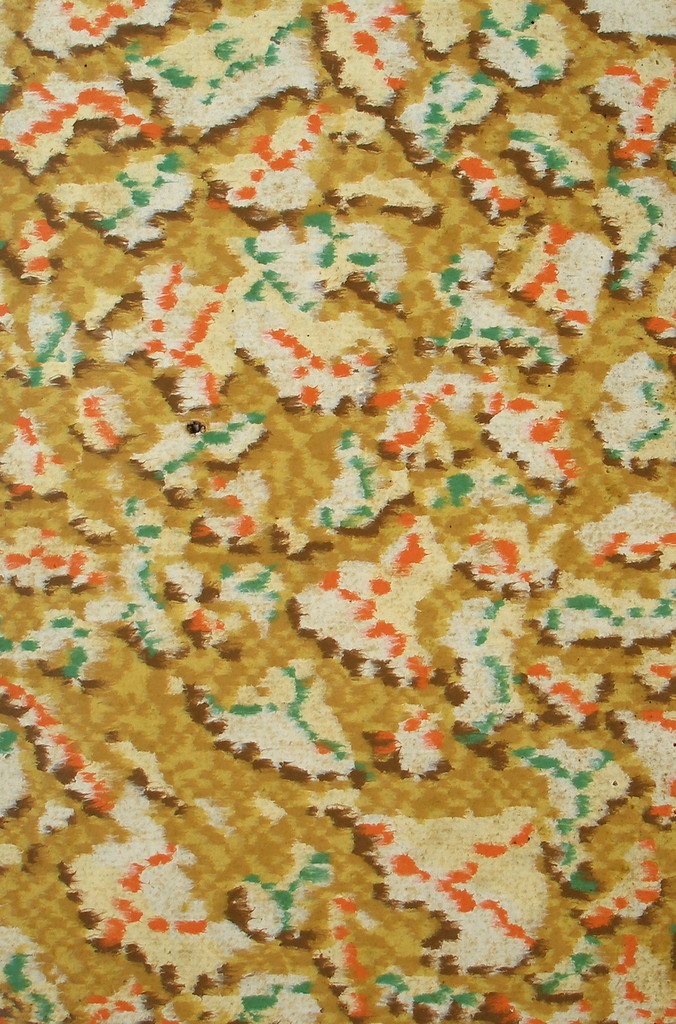 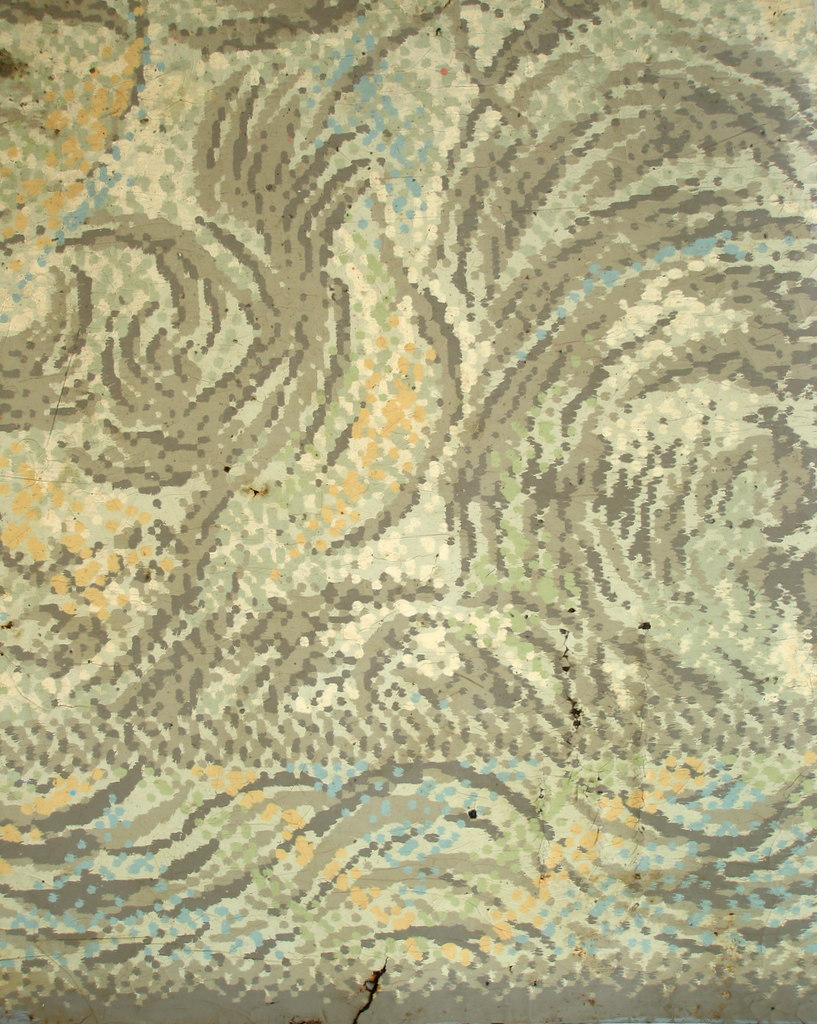 Another theme was “floor of the future.”  The stars are strange and the space balls are even wackier. 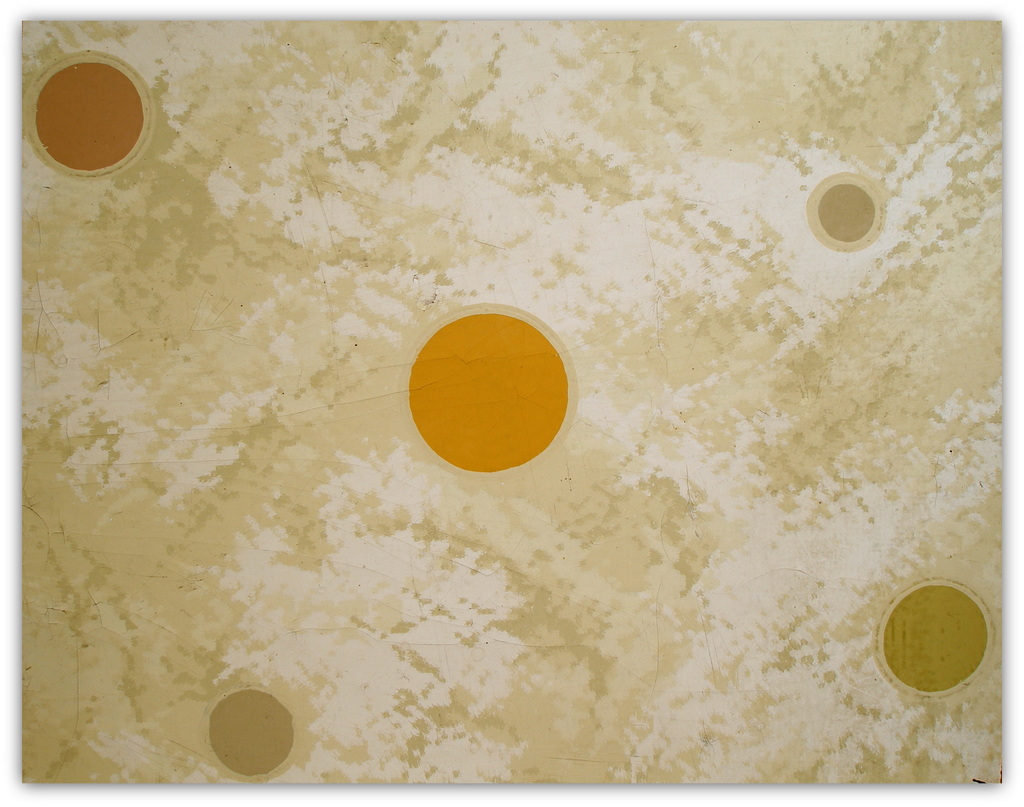 I held on to this little collection until the renovation was finished and the dust had settled and then returned the samples to the building.

One original surface in Fern Lane that has been saved is an extraordinary wallpaper covering one office wall.  The design feels very Arts and Crafts to me, perhaps from around 1900. Very special. 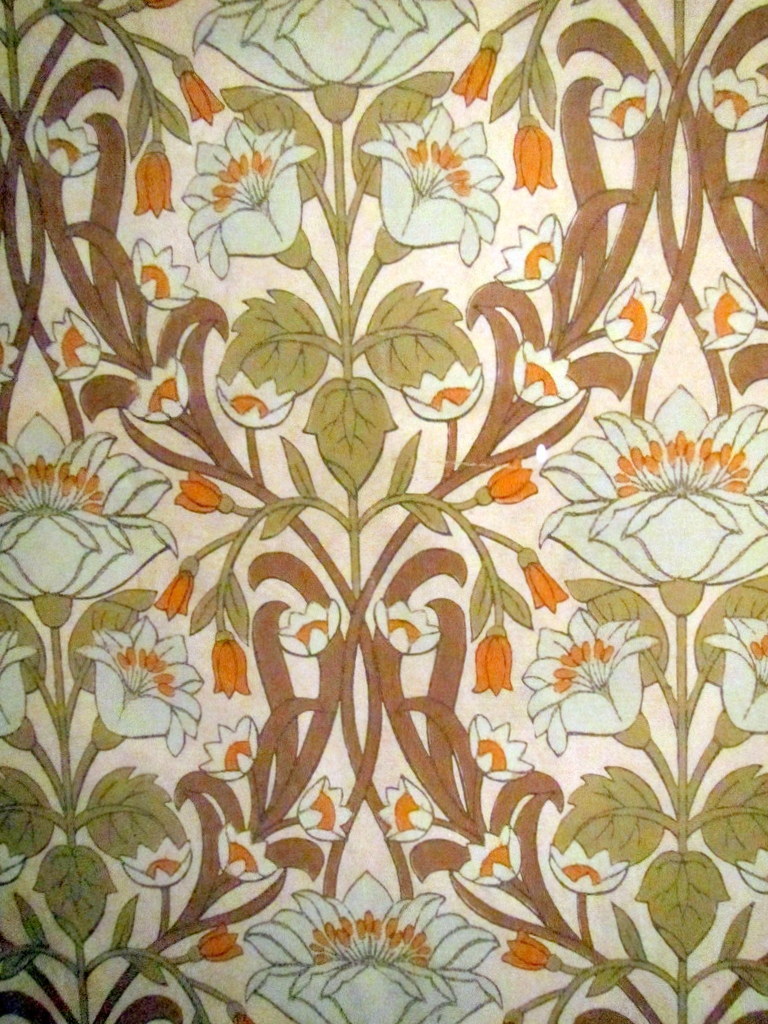 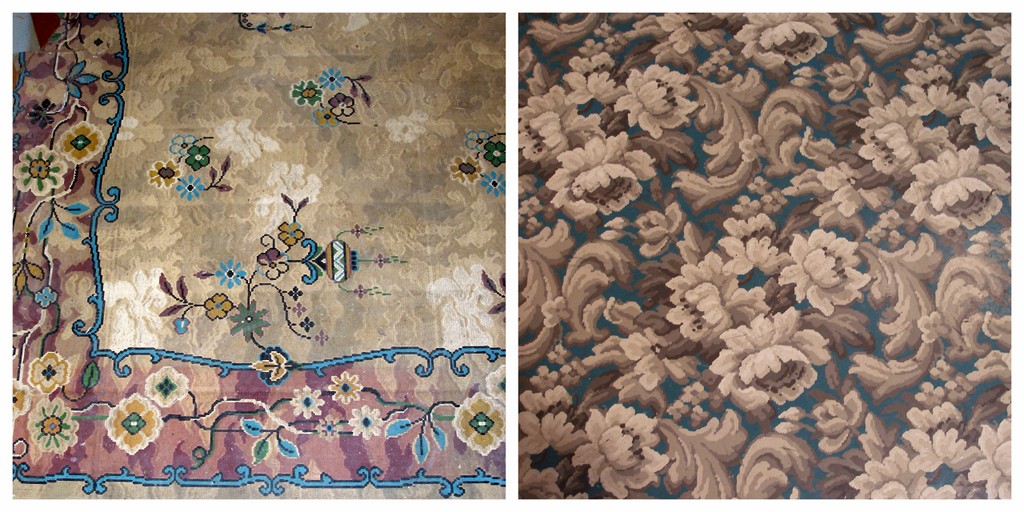