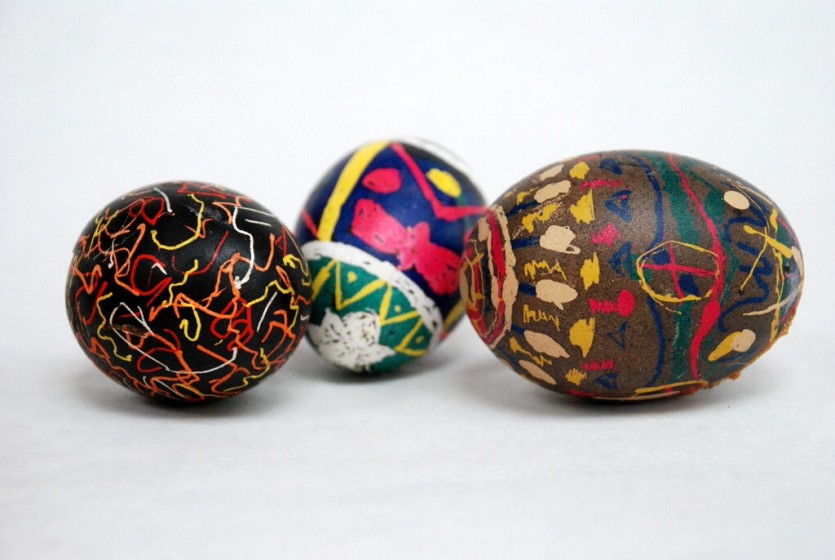 Have you enjoyed the adventures of Found Bunny, the well loved stuffed toy that  was left at the Nova Scotia Museum of Natural History?  Bunny received a very special tour of the museum and shared many Tweets and attracted lots of attention. 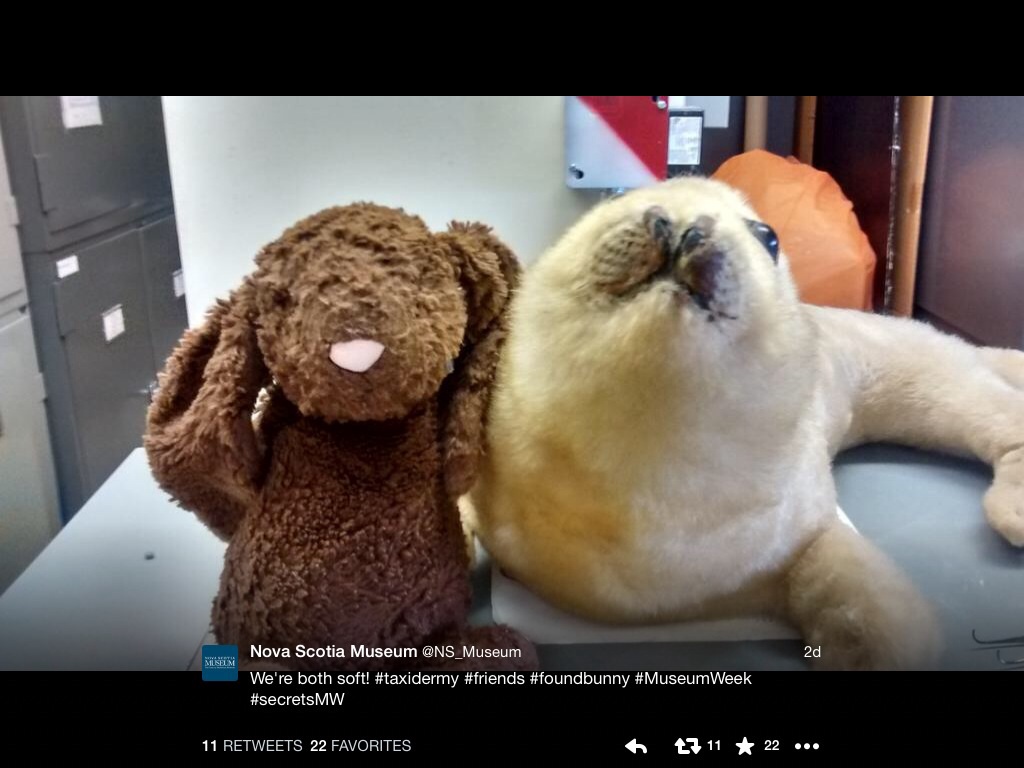 Bunnies are traditionally associated with Easter so maybe Found B  was shown the Museum’s massive  egg and basket collections (other icons of Easter).

What I have to show you are some bits of material culture I bring out for an hour or two on Easter, if I remember.

These little bunnies are from my childhood in the 1950s. The white rabbit has had its head reattached and the little blue fella had the tip of an ear glued on. The yellow duck came inside the Russian, wooden egg. The tiny egg is German, perhaps. 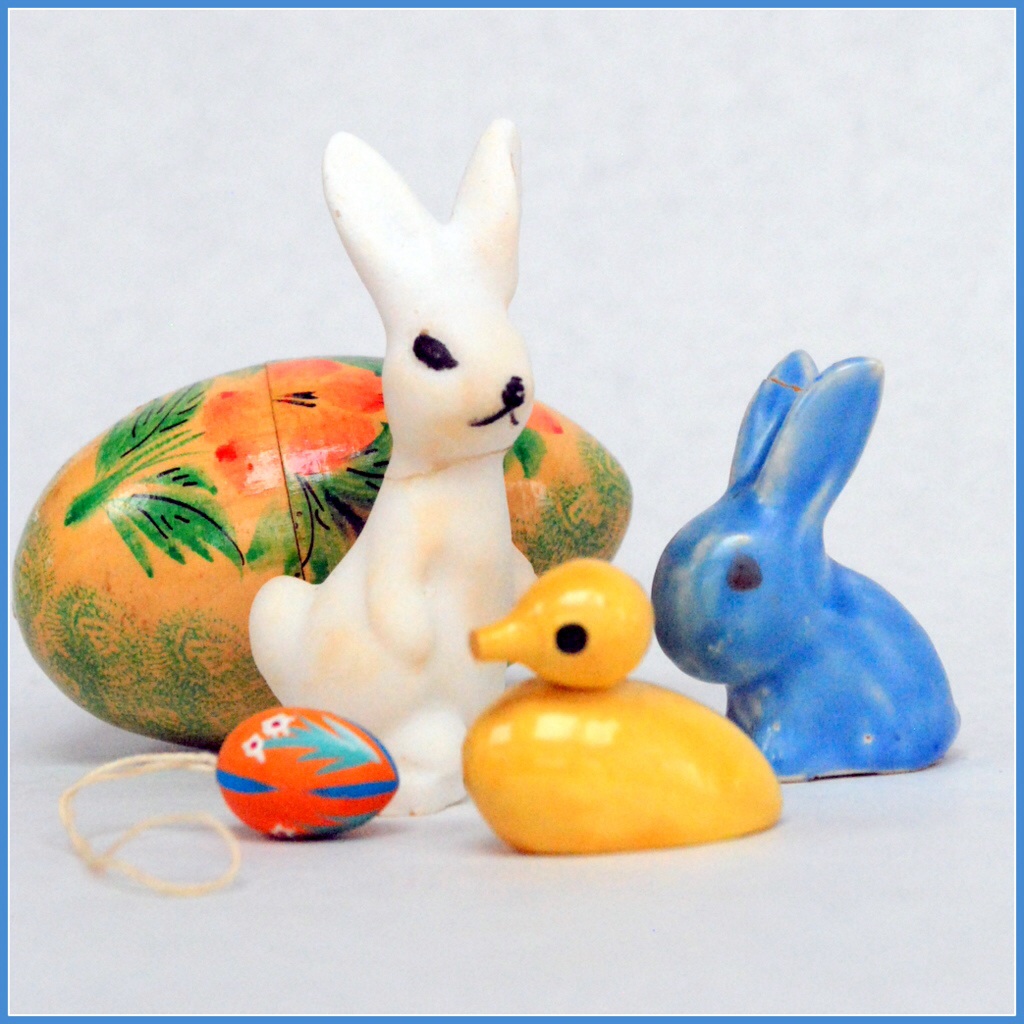 As children we arose on Easter morning to discover baskets to be used for a candy egg hunt in the living room. Decades later I learned these baskets were probably made by Mi’kmaq.  The baskets are now faded but there are hints of their original bright colours. 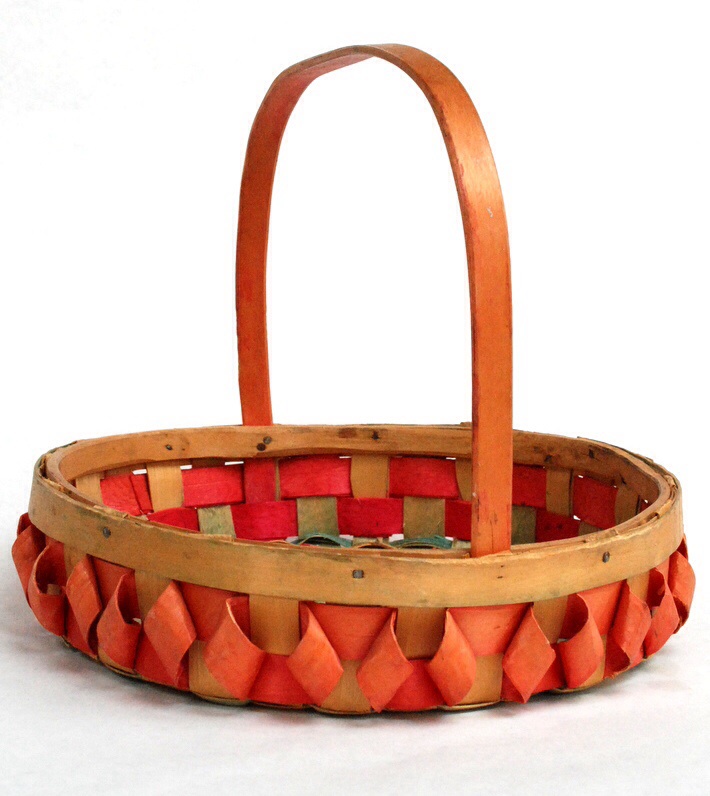 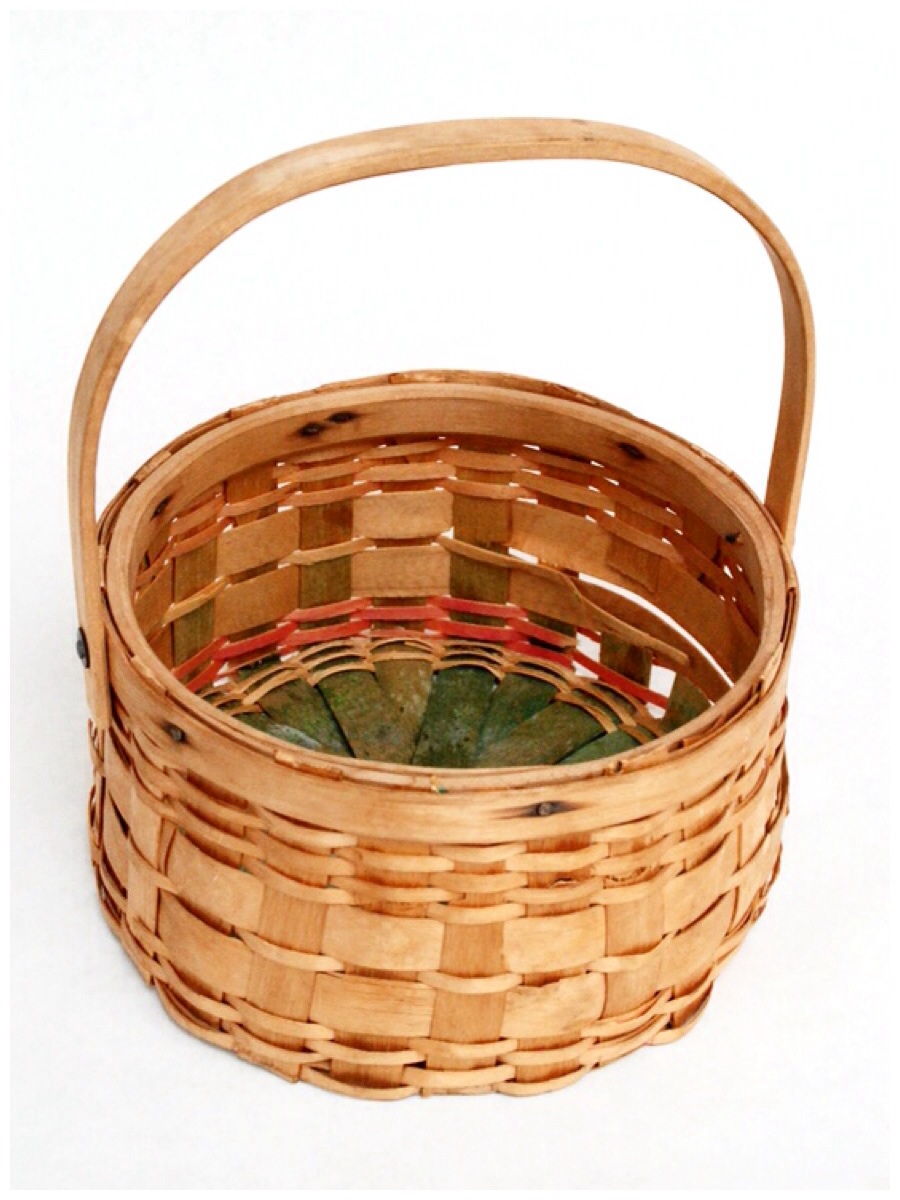 Now the baskets hold a few eggs painted by children who have since grown into adults. 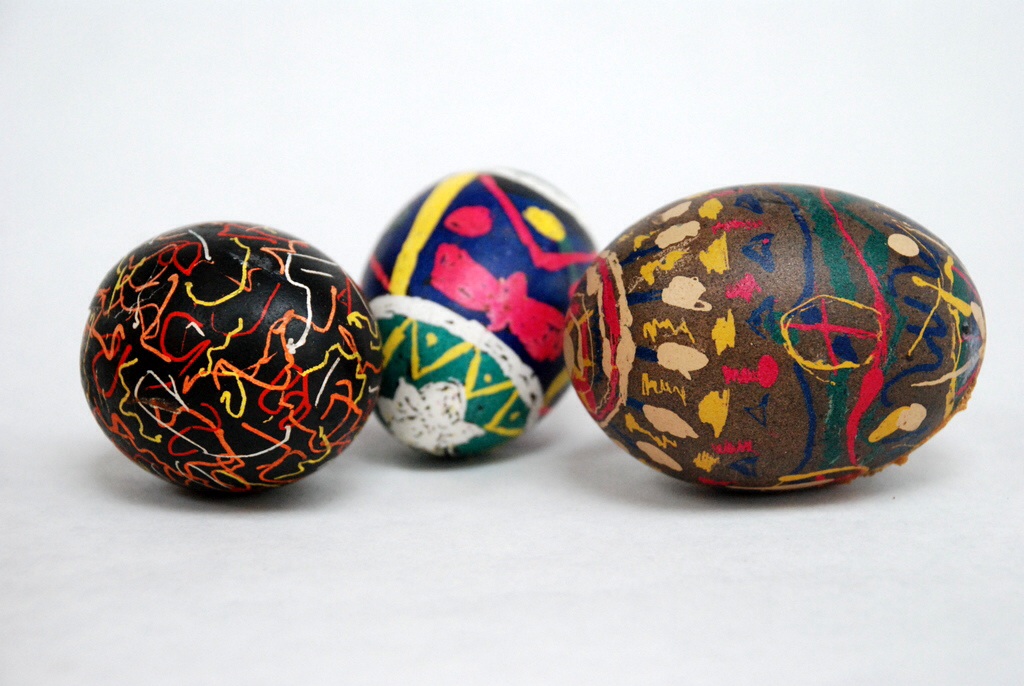 A knit egg warmer in the shape of a chicken came from the shop at the Ross Farm Museum. Irresistible! 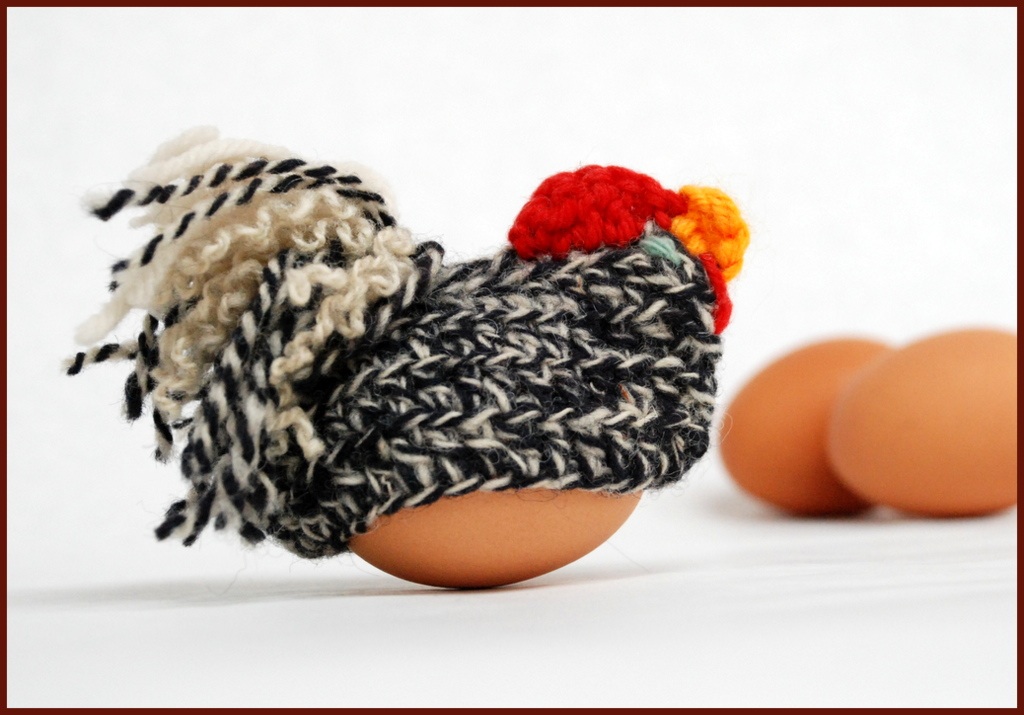 A local wood turner made this elegant egg.  It has great hand feel. 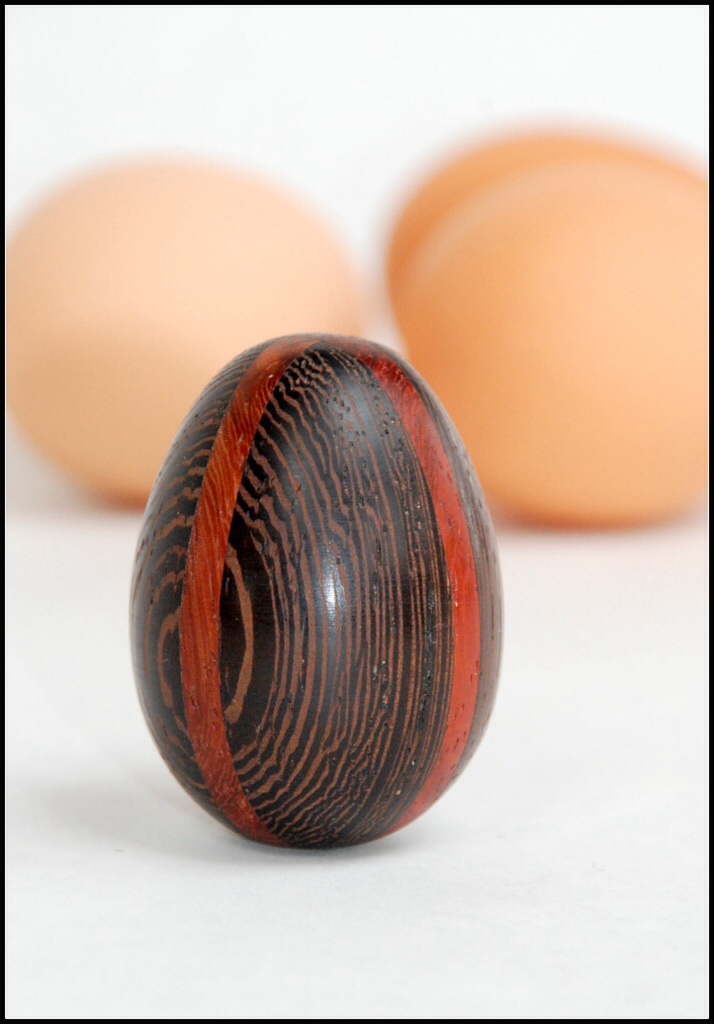 Maybe Found Bunny will become like these objects, a curiosity brought out and appreciated once a year.  It’s not so bad, really.

The one good candy egg we received as children was made by Moirs.  The Nova Scotia Archives has this great photo of these eggs being packed in the 1950s when Moirs was still downtown, where the World Trade and Convention Centre is located. 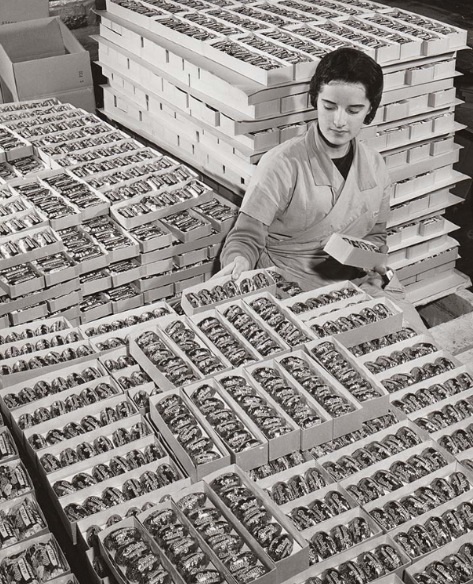