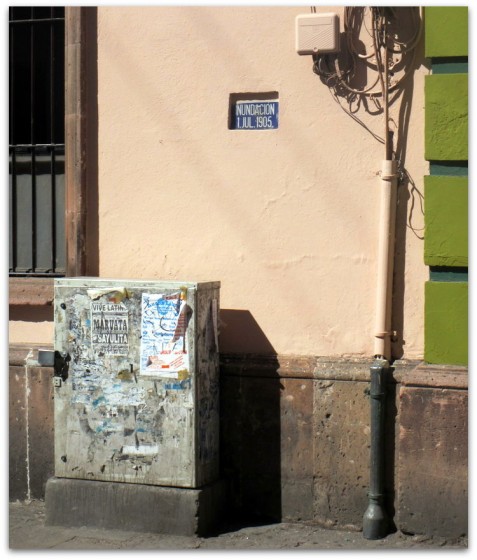 For the past month we’ve been in Mexico and missed the horror that was March weather in Halifax and the rest of Nova Scotia.  We were aware of the serial, extraordinary, snow events and sensed the pain. Give yourselves a hug.

I thought of those  giant mounds of snow  and ice when we visited the charming, colonial city of Guanajuato. On many buildings we noticed little blue and white signs that looked like they should be street names. 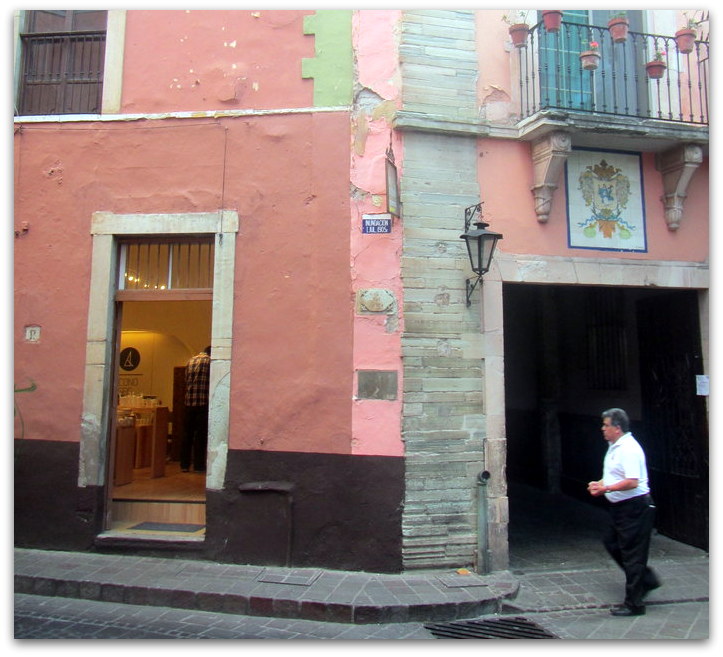 Closer examination showed they marked the height of water during a monster flood on the first of July, 1905.  Made me think that somehow the height of our snow banks should be celebrated and commemorated. 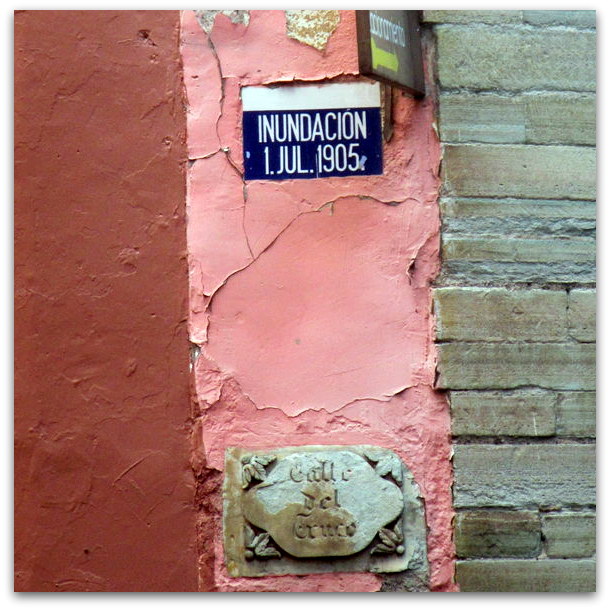 Our town is full of creatives who could take on this challenge and our summer visitors would be an eager audience. Painting lines on utility poles would probably not communicate the enormity of the snow -a-rama. Our tech crowd could produce a phone app that would display the winter view when you stood in special locations.  Or maybe shops just need to display photos of their winter environment.  We live in the north, let’s flaunt it.

Marking flood heights appears to be quite common. A few years ago we noticed this beautiful panel in Chalon-sur-Saône, France that marked high water in a number of  flood events from 1602 to 1955. 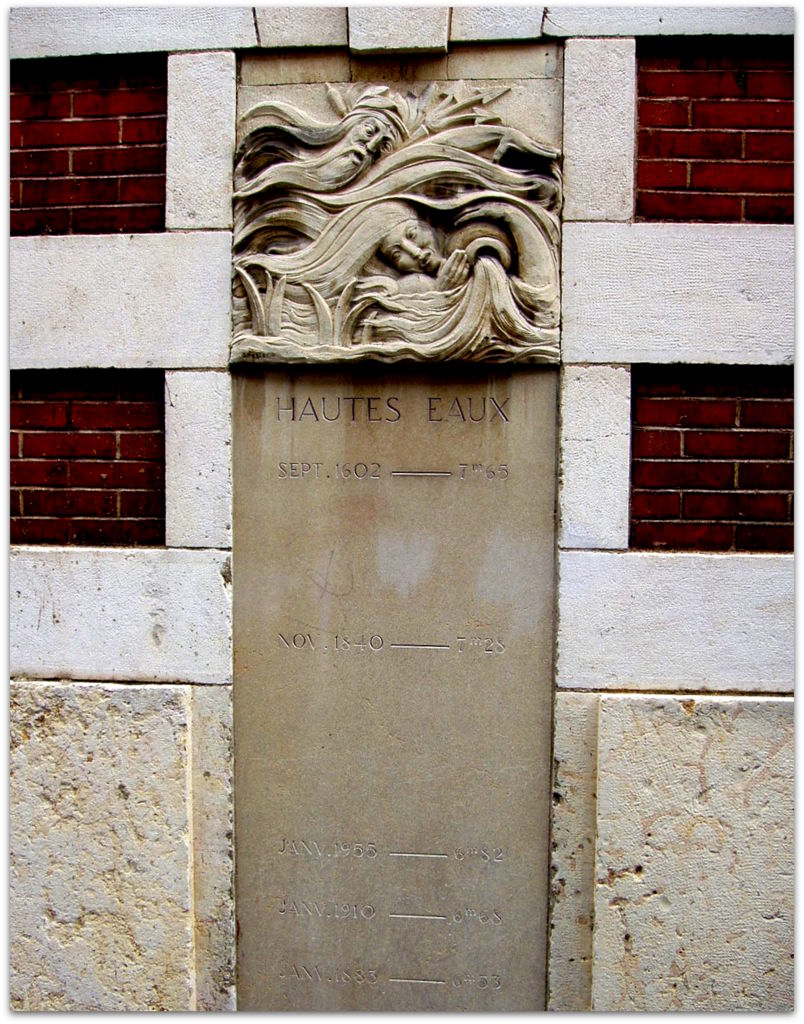 I know we also saw flood markers in Florence, Italy.  And in Boston I think the height of the 1919 Great Molasses Flood is recorded.

I’m a big fan of labeling the fabric of the city to commemorate events or phenomenon.  In smart Quebec City there are markers in a street to demonstrate how the shoreline has changed over time. 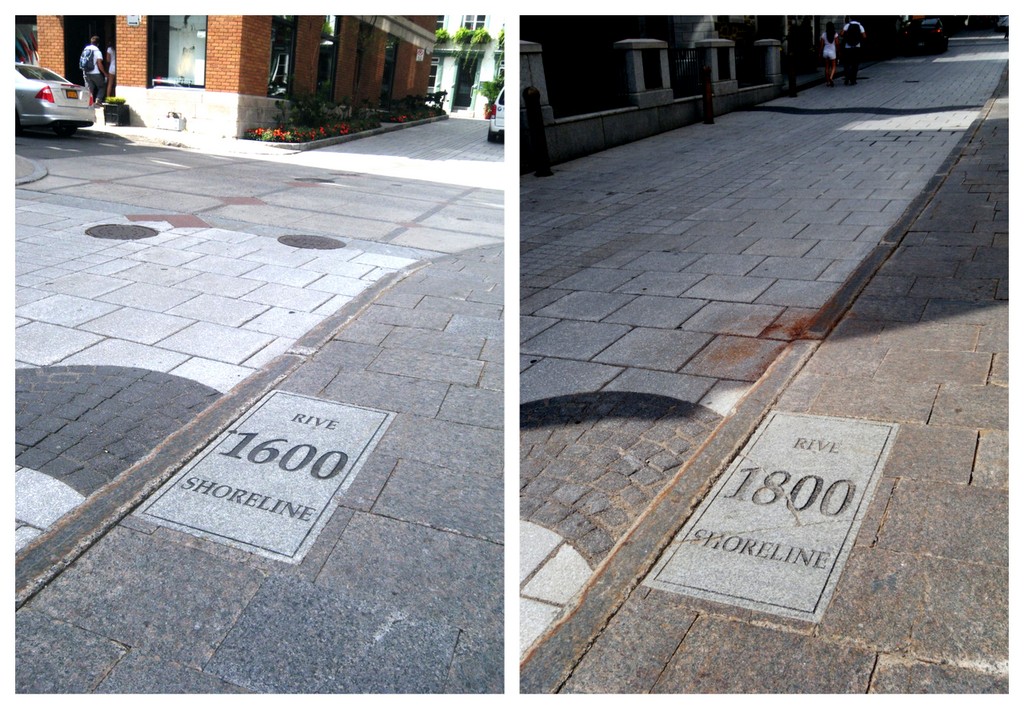