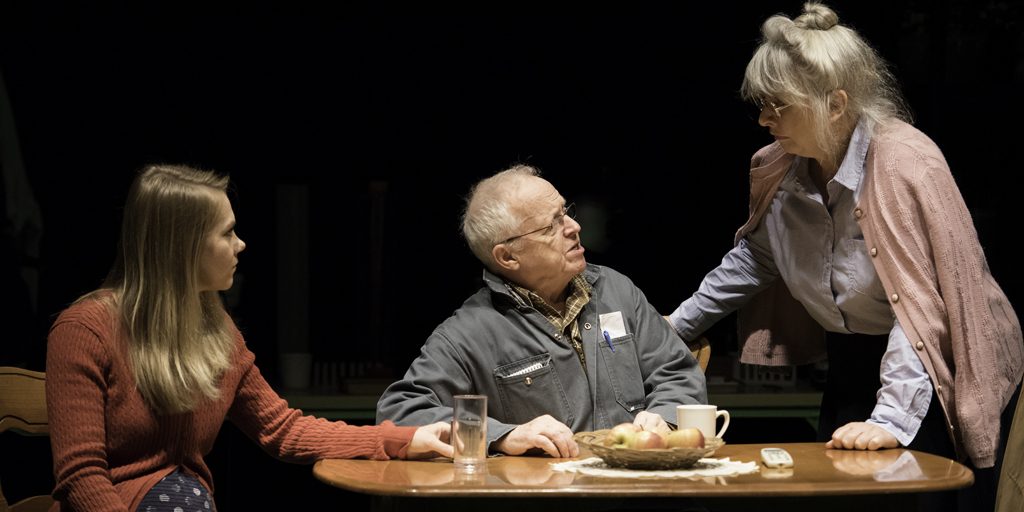 As its name suggests, seeds of all kinds are sown into Neptune Theatre’s season opener. The work of playwright Annabel Soutar, seeds of hope, seeds of blame, seeds of anger, and seeds of change are all here, creeping into full bloom at different moments. Almost effortlessly, Seeds evolves from a simple story of accusations and frustration into a colossal tale that exposes corporate greed and the culpability of our federal government. Seeds poses the simple, rhetorical question: “What is life?” Exploring answers to this question that range from the intricately scientific to the sincerely humane, Soutar crafts a script using actual court transcripts and real-life research of the widely publicized true story of Monsanto v. Schmeiser. Thanks to the direction of Chris Abraham, the result is a fast-paced, accessible story that (like any good play), speaks directly to its audience, while simultaneously challenging them. It’s the most intriguing show regarding canola patent laws you’ll ever see.

For those unfamiliar with this play’s premise, (as I was), Seeds details the real-life account of Percy Schmeiser, (played by Corner Gas’ Eric Peterson), a canola farmer residing in Bruno, Saskatchewan who found himself slapped with an enormous lawsuit for “knowingly” cultivating and harvesting genetically-modified canola seeds patent-protected by biotech giant Monsanto Inc. References to David versus Goliath are made as Schmeiser quickly finds himself in the shadow of a titanic, powerful foe with an endless arsenal of financial, scientific, and legal resources at its disposal. Yet as the explanations and actions of both sides get murkier and more complex, Seeds becomes all the more captivating. Schmeiser proves to be anything but a pushover. Dwarfed momentarily by overwhelming circumstance, Schmeiser rises to the challenge, lifting the veil of a corporation claimed to be built on the well-being of hardworking farmers and their families. By pulling away Monsanto’s layers, Schmeiser becomes an internationally-celebrated icon of admiration, and it is a marvel to watch his character transform into a figure demanding reformation into the way Canada views and meets the demand for mass food consumption. 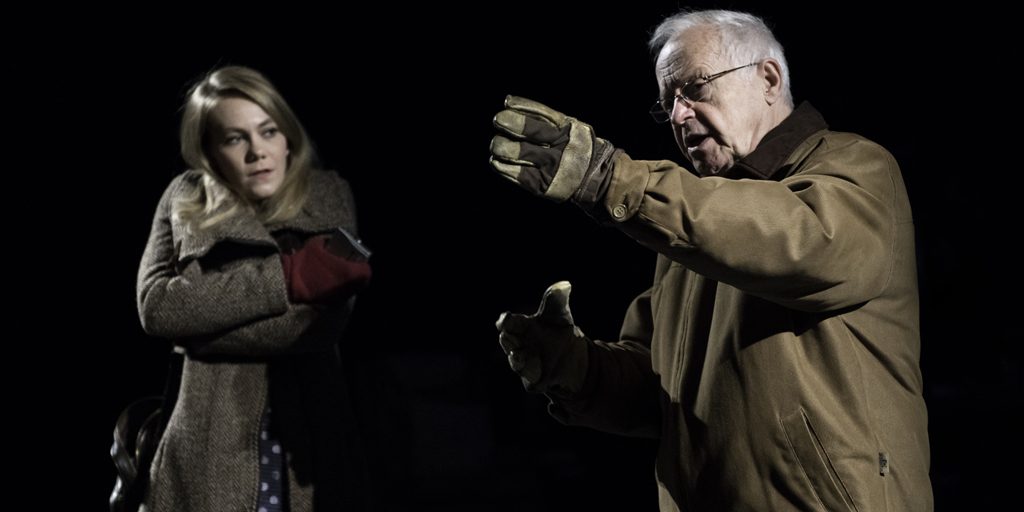 Peterson is perfectly cast in his role; he carefully builds and tends to his portrayal of Schmeiser in Seeds’ first act, subsequently becoming an unstoppable powerhouse in the play’s second half. Equally watchable is the play’s supporting cast. Amelia Sargisson shines as the determined playwright Soutar, who needs to get to the bottom of the truth behind a complicated trial brought to life by a talented array of “cast” actors who make every minor character in Seeds’ story memorable. In the run of Soutar’s two hour show, deeply moralistic queries are posed and left for the audience to independently reflect upon. With moments of shocking outcomes, expert acting, and unshakeable ethos, Seeds will grow on you.

Neptune Theatre‘s presentation of Seeds is on now through Sunday, October 1st; tickets are available online or at their box office (902-429-7070), at 1593 Argyle Street.