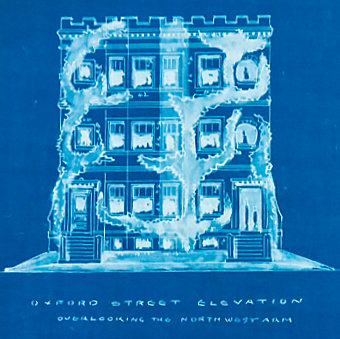 The other day on Twitter, Elizabeth Cushing posted an extraordinary blueprint for an apartment building on Oxford Street in Halifax. The plans were undated, but from the Harris and Horton architecture firm that was dissolved in 1926. I suspect the design dates somewhere around 1920. I also assume the apartment was not built. 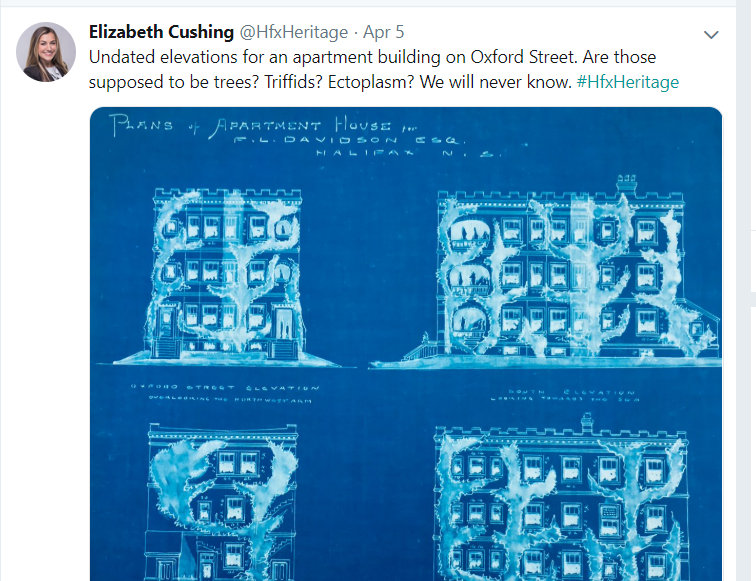 Twitter had some fun with the ambiguously drawn vines growing on the building (e.g. “wish more building renderings incorporated intentional creepers”). But what excited me were the crenellations.

Like many children, I was fascinated with castles. The defining feature of a proper castle are the indentations around the tops of walls and towers; as an adult, I learned these are called crenellations. 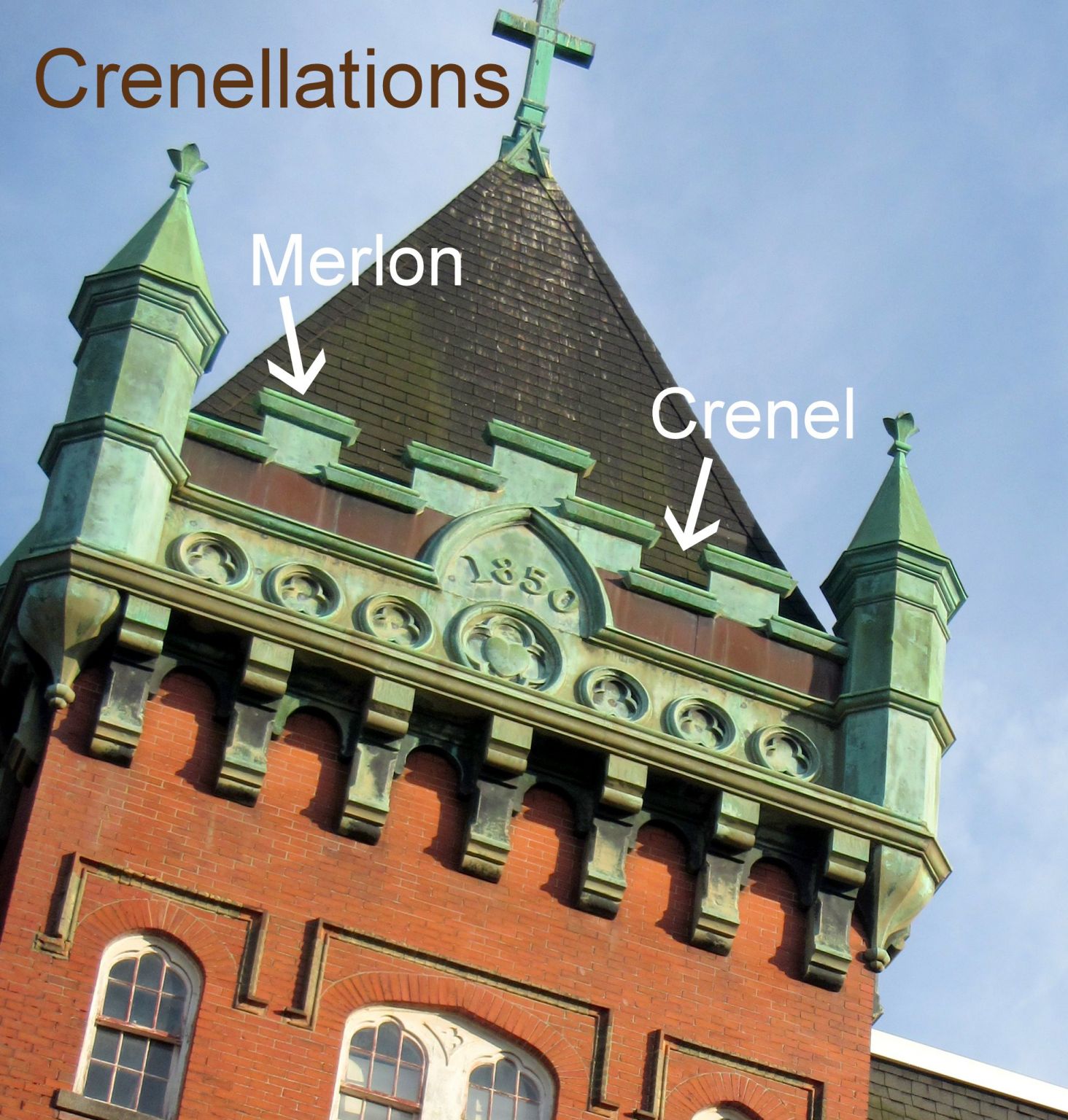 Basically, you defend your castle while sheltering behind a merlon and then shooting arrows, or pouring hot oil out the crenel. The tower on the Sacred Heart School on Spring Garden Road stands in for a real castle.

Crenellations of the Gothic Revival

The first version of the Convent of the Scared Heart was built in 1851 and had the best crenellations ever seen in the province. 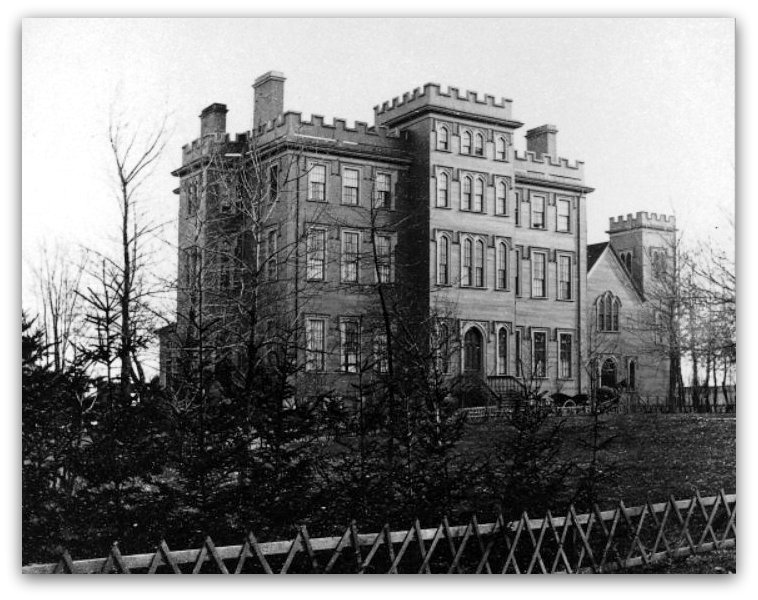 I don’t know the story of the crenellated church next door. Photo: McCord Museum, William Notman, 1870

Later, the building was faced in brick and received another floor, in the form of a Mansard roof, plus the picturesque, crenellated tower we know today. 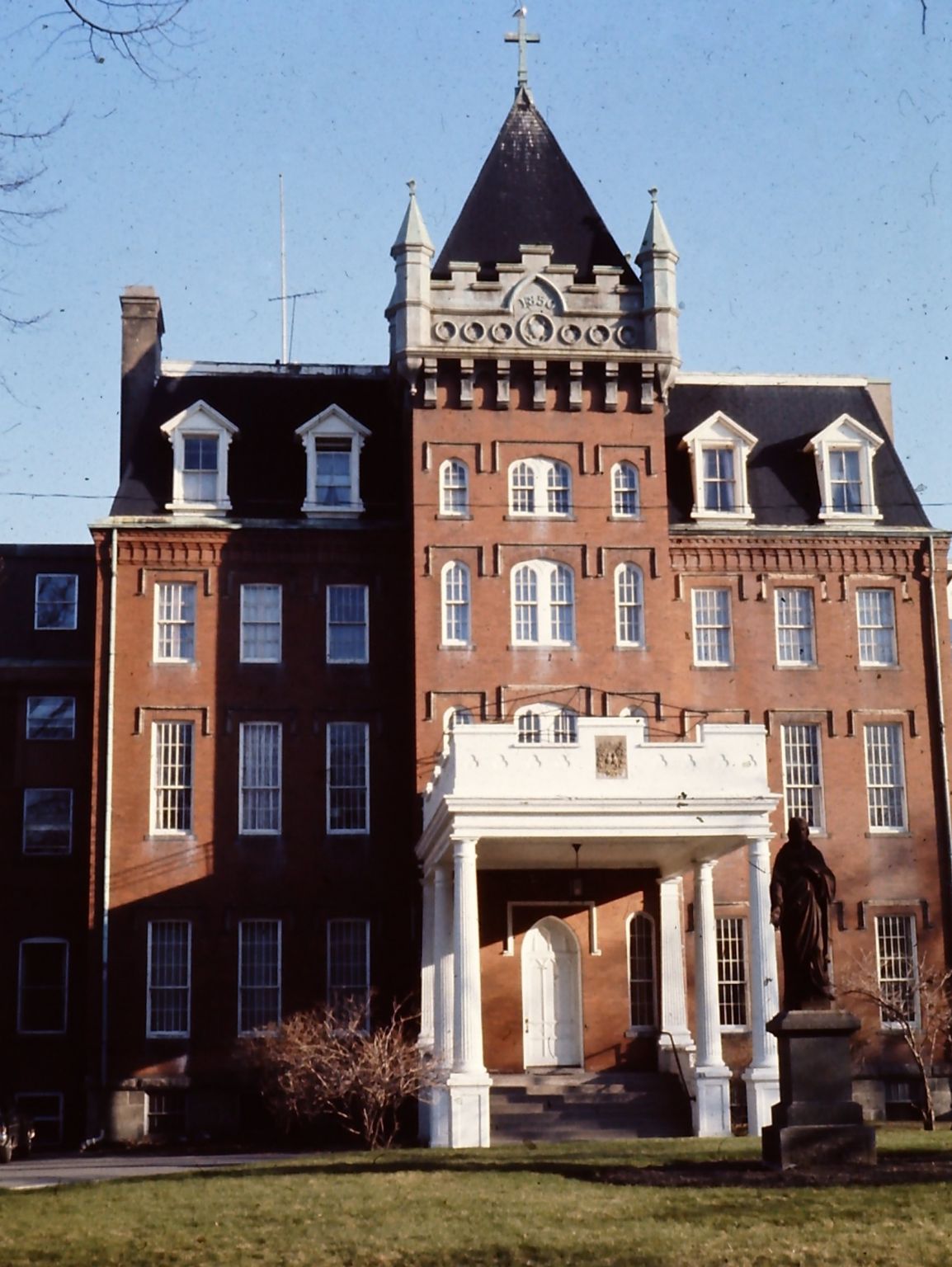 In the 19th century, crenellations were part of the Gothic Revival style vocabulary. They often appear on the towers of old churches, so you get many chances to mumble “nice crenellations” while driving through the countryside. 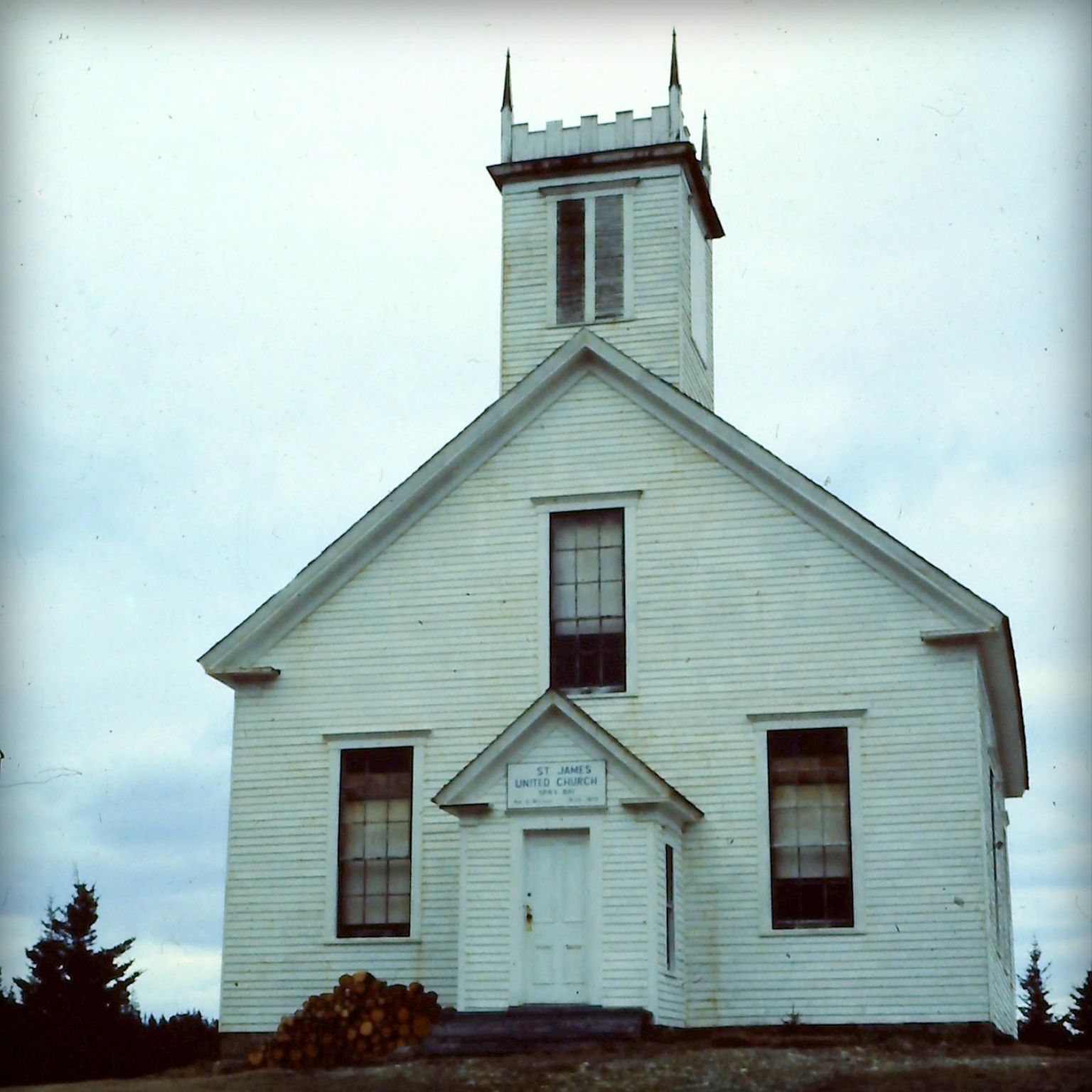 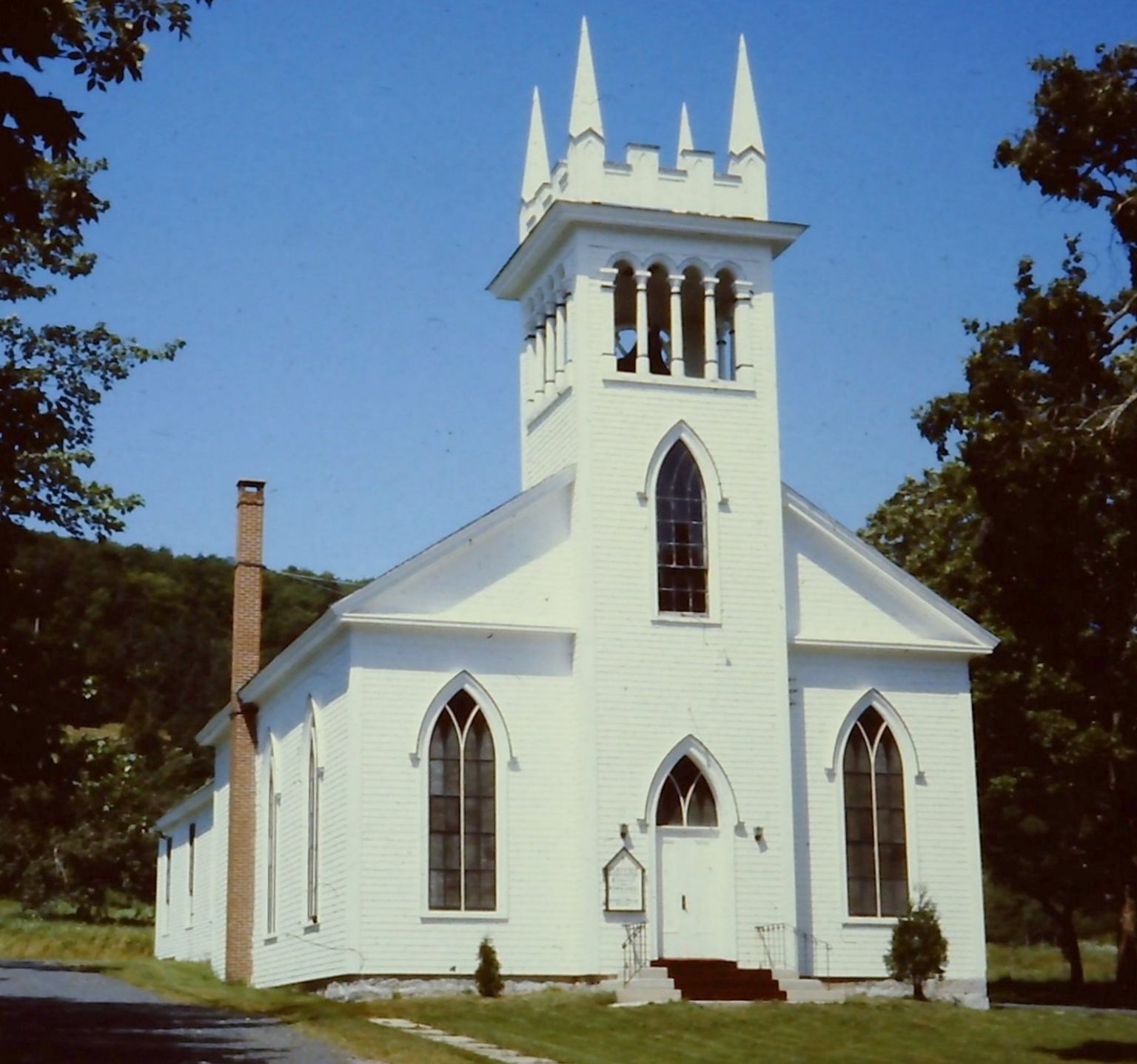 Crenellations occasionally turned up on Gothic Revival-style houses, and a grand example was Maplewood, built in 1870 beside the Northwest Arm. See them on the bay window and the one story wing? 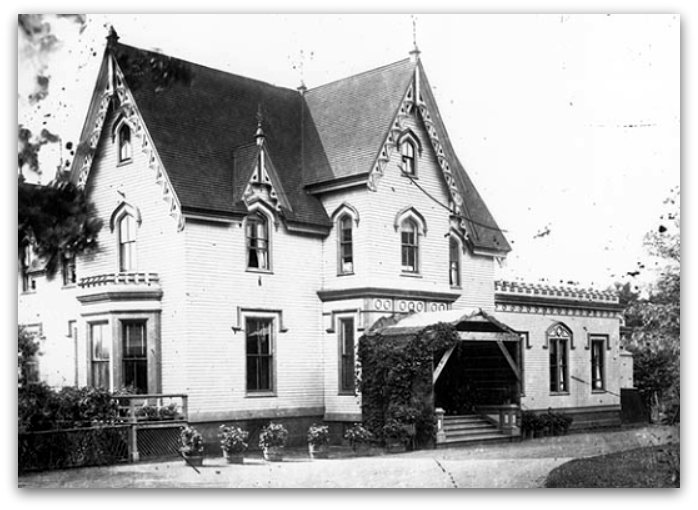 About the same time as Maplewood, tiny crenellations were included on a window of a stylish farmhouse near Wallace in Cumberland County. Amazing that these survive; I suspect most crenellations on wooden houses decayed long ago and were not replaced. 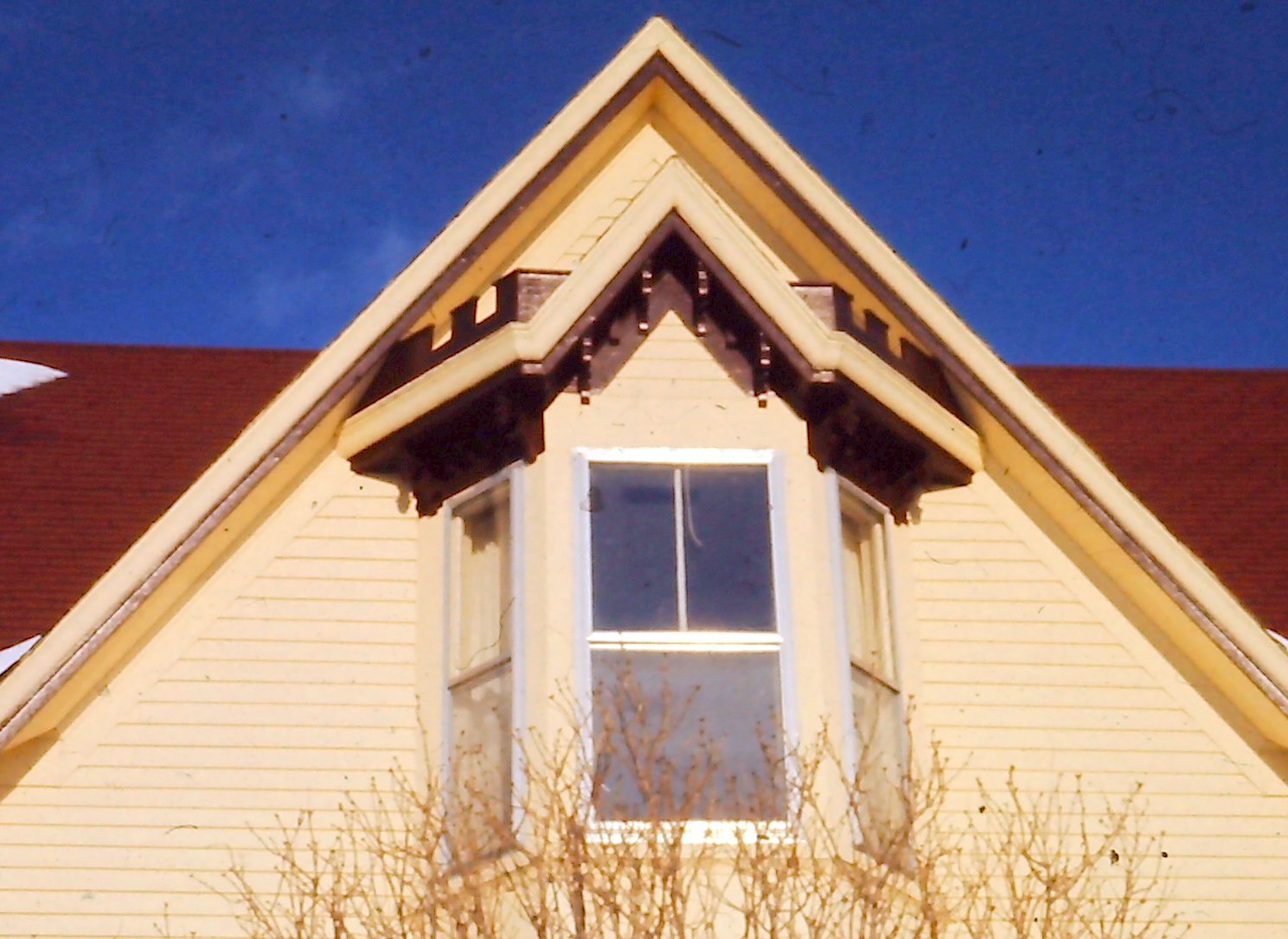 The Capital Theatre on Barrington Street opened in 1930. The facade of the building was undistinguished, but stepping inside, you entered a fantasy world. The foyer suggested a medieval castle. Patrons crossed a draw bridge and passed through a crenelated gate to enter a magnificent and magical world. There was a suit of armour I particularly admired. 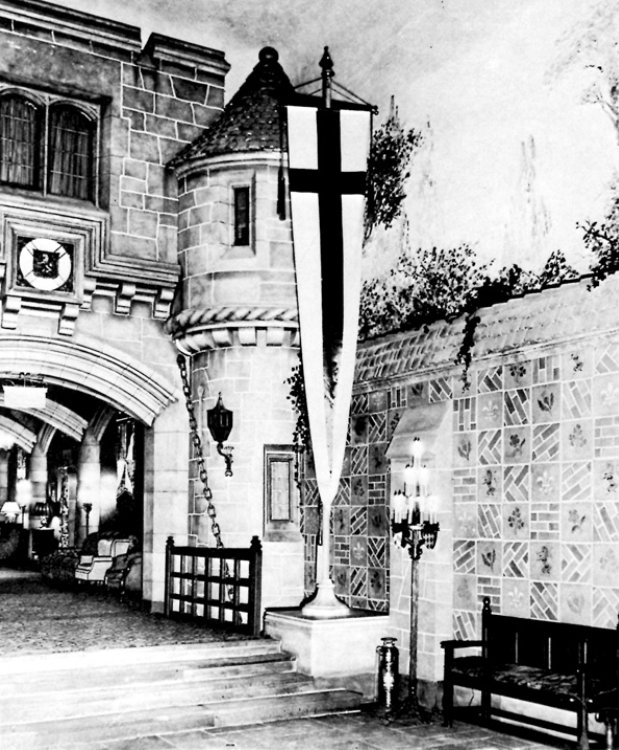 The theatre was demolished in 1974 to make way for a massive wind generator (Maritime Centre). Photo: Famous Players Limited

Also in 1930, a real castle, with a crenellated tower, was built in Kentville. This was the Cornwallis Inn, a Canadian Pacific Railway hotel, the proper thing for a railway town. 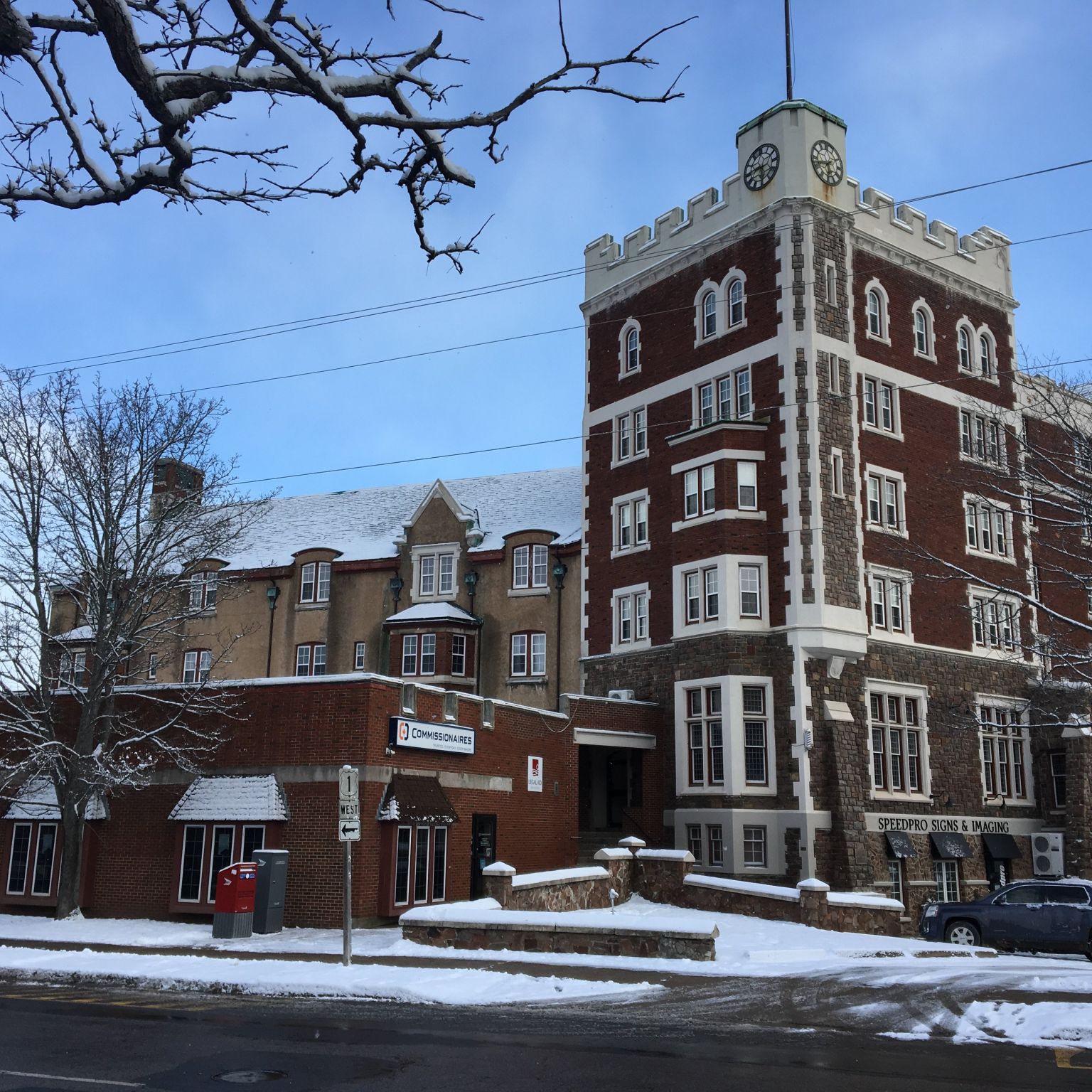 Today, the Maritime Express Cider Company has their taproom in what was once the entrance to the hotel, and provides a pleasant way to experience the building. 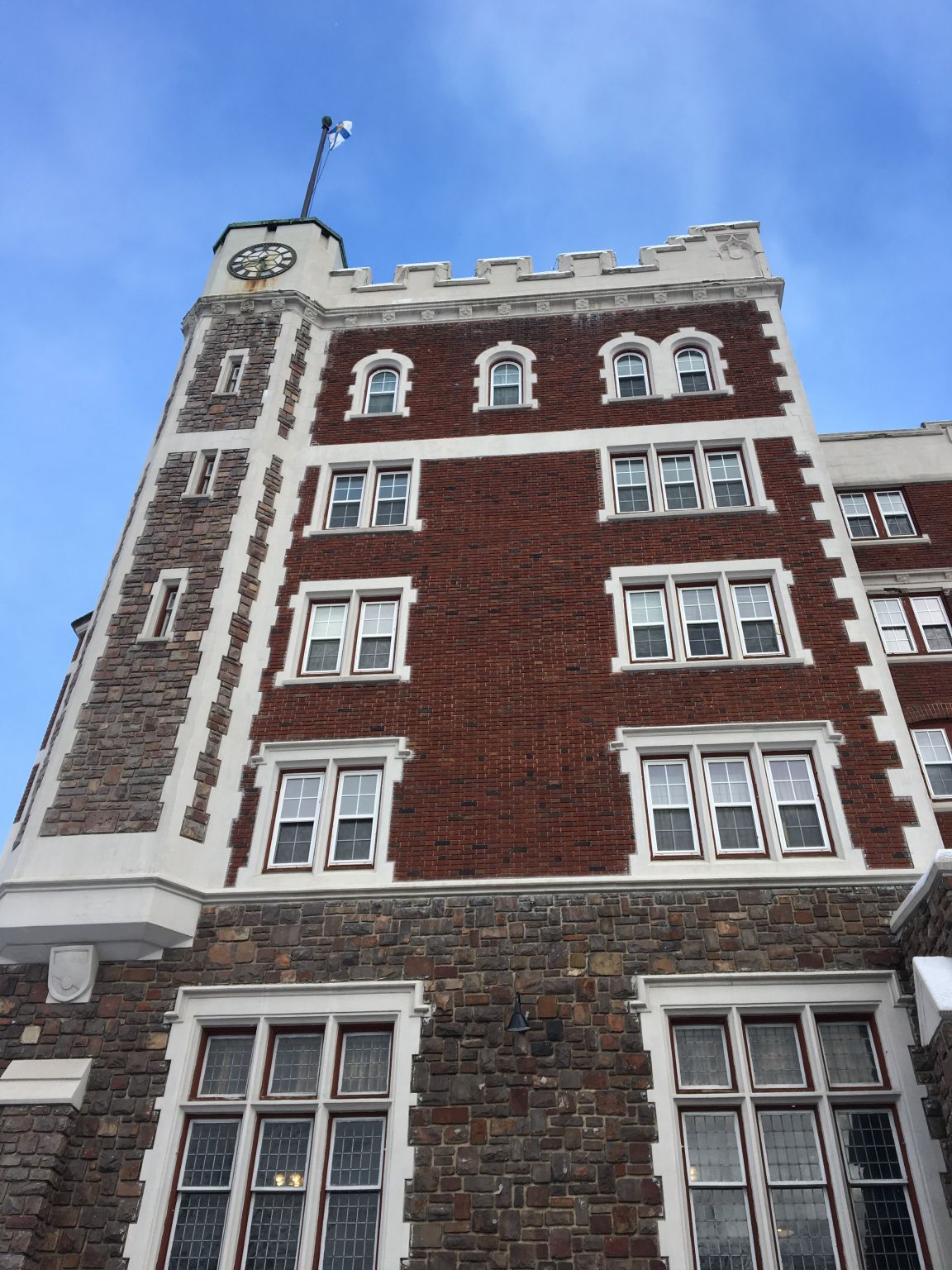 A 1940 brochure for Canadian Pacific hotels in Nova Scotia (there were 4) shows the Cornwallis Inn in its heyday and describes it as “ivy-covered.” Just like the plans for the Oxford Street apartment. Picking up a theme here. 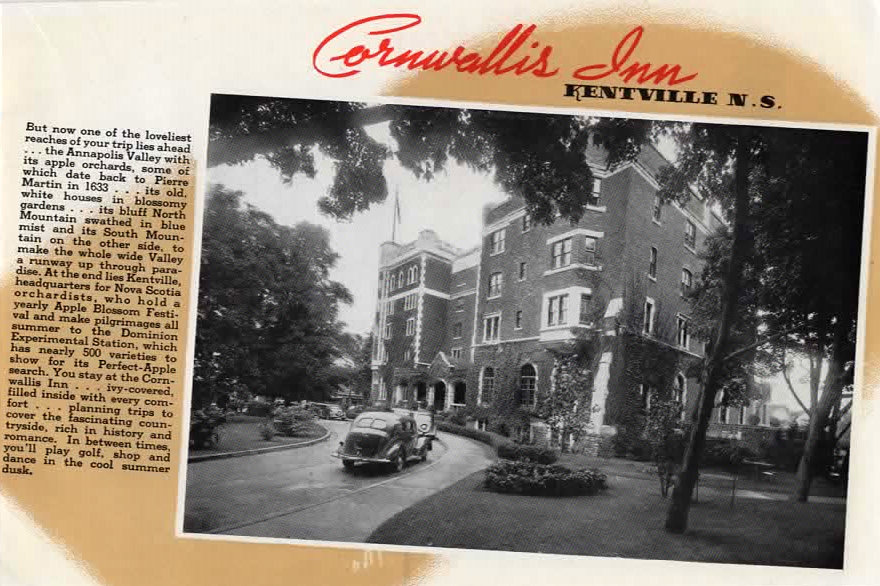 Search on Google and you will find that a few people in Nova Scotia have built their own castles in the last few decades. Those strike me as, well, peculiar, but here are a couple of recent castles that I find amusing. Behind Cosby’s Garden Centre in Liverpool is a vast collection of fanciful sculptures by Ivan Higgins. There is a small castle, and lurking in the woods is a giant dragon. 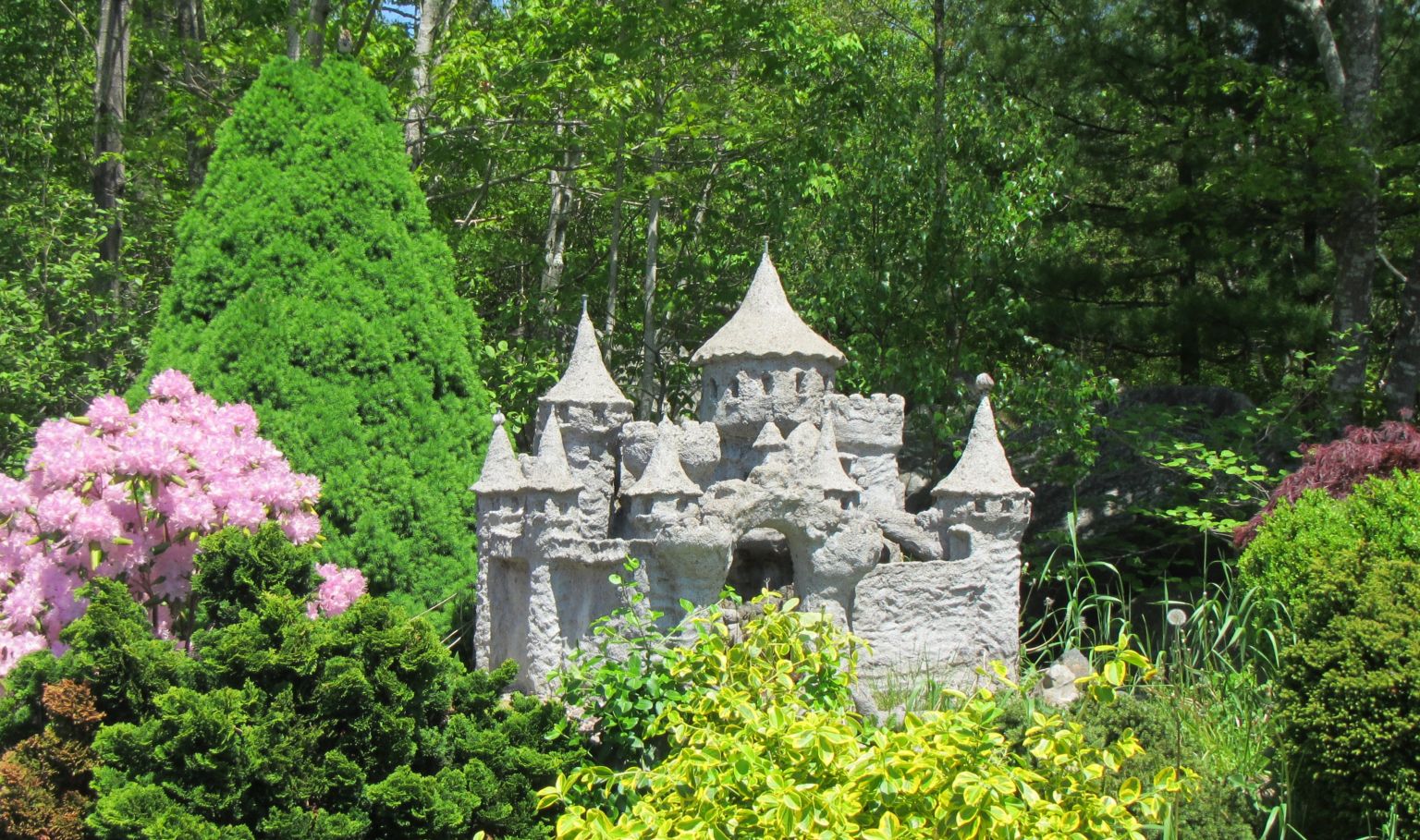 Is your home, your castle? Castle Building Supplies in Blockhouse, Lunenburg County, lives up to their name, with miniature towers and crenellations over their entrance. 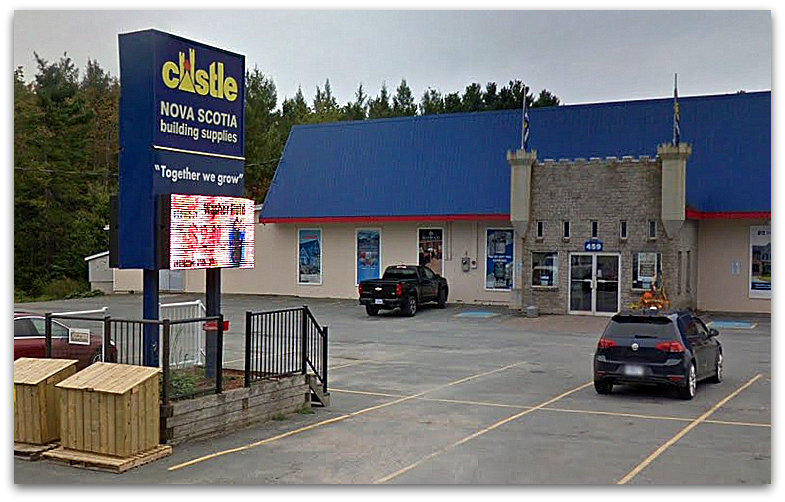 This c1872 view, across what is now Victoria Park, shows the Convent of the Sacred Heart in the west, towering over the suburbs. 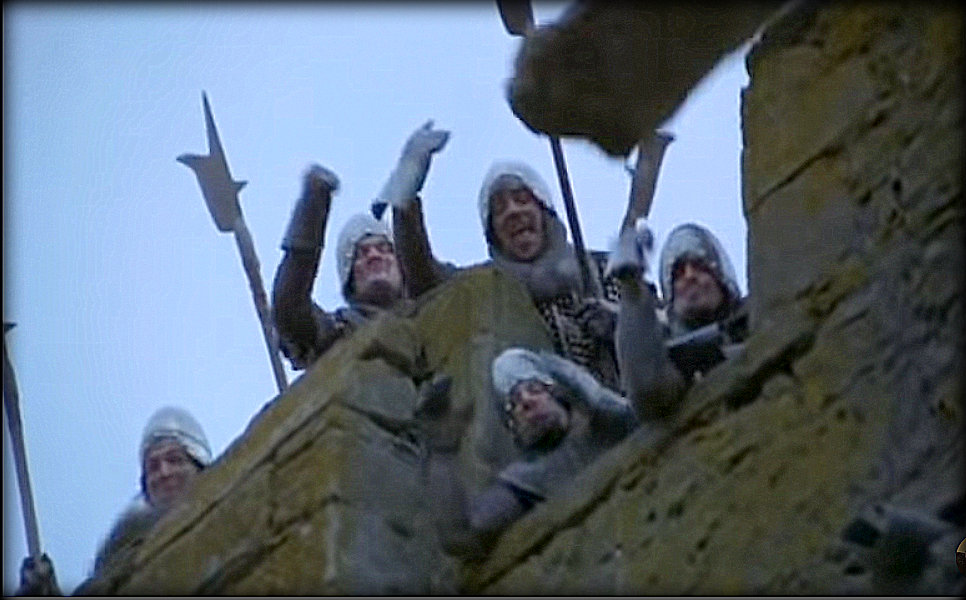 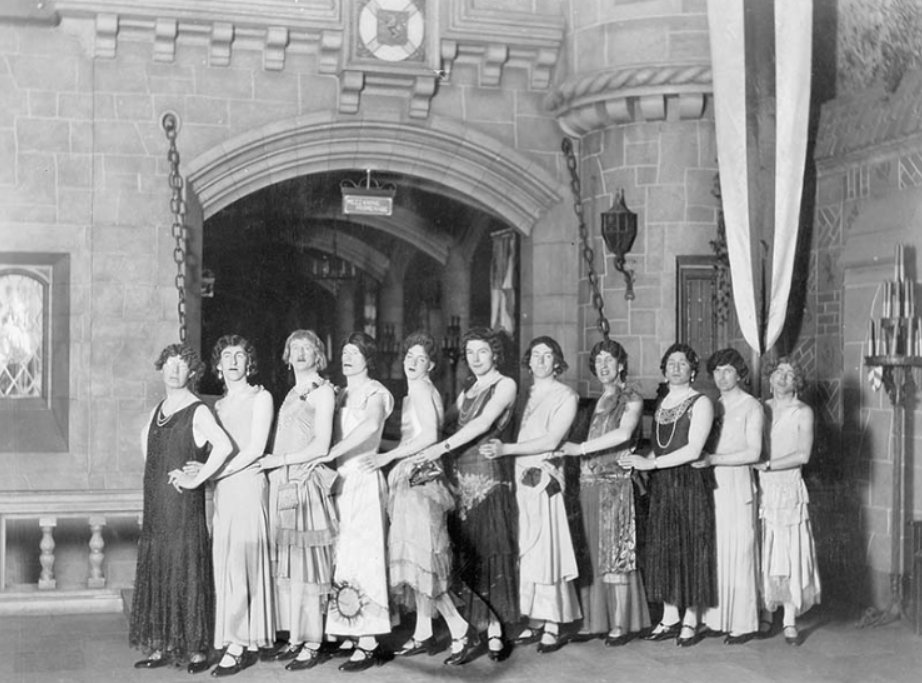 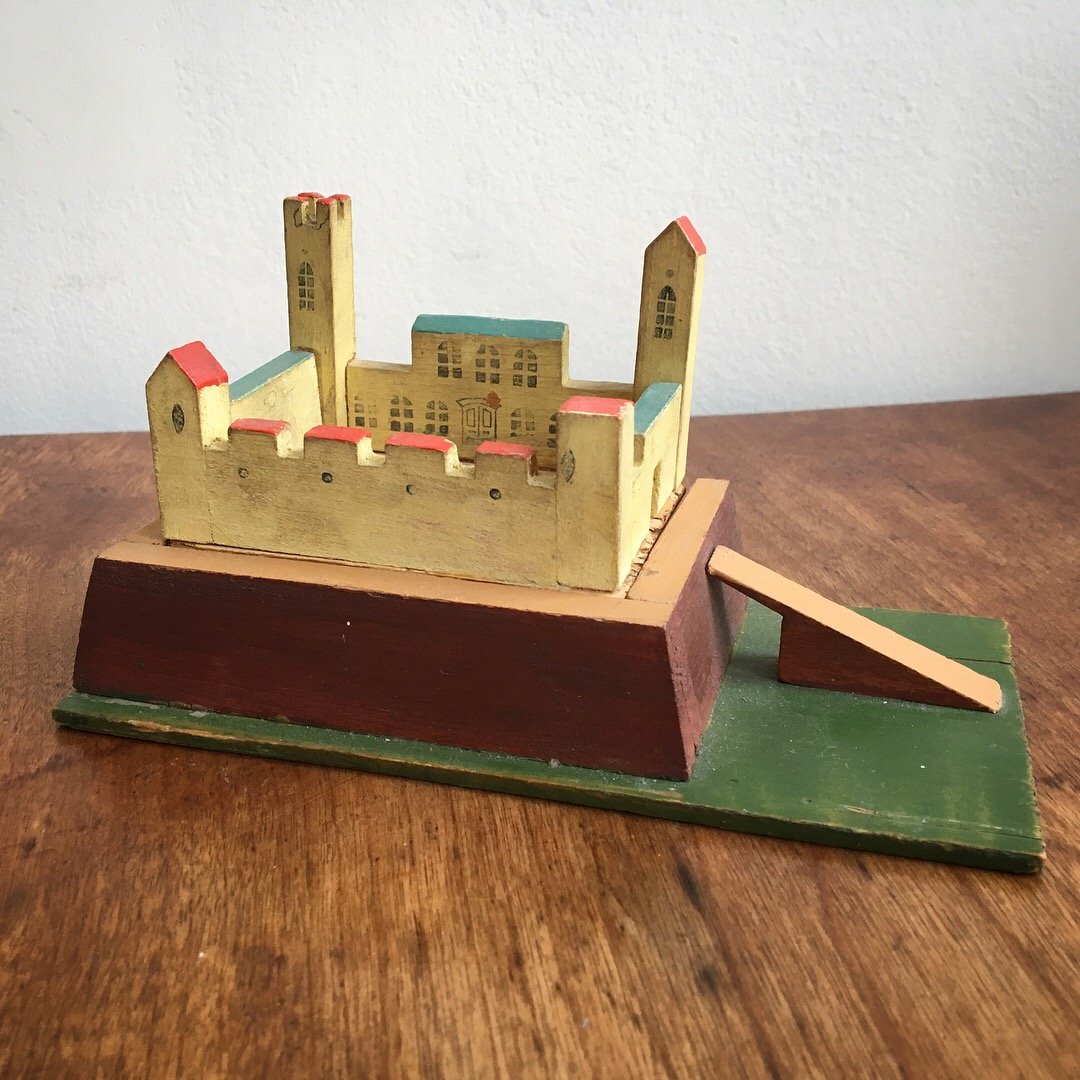 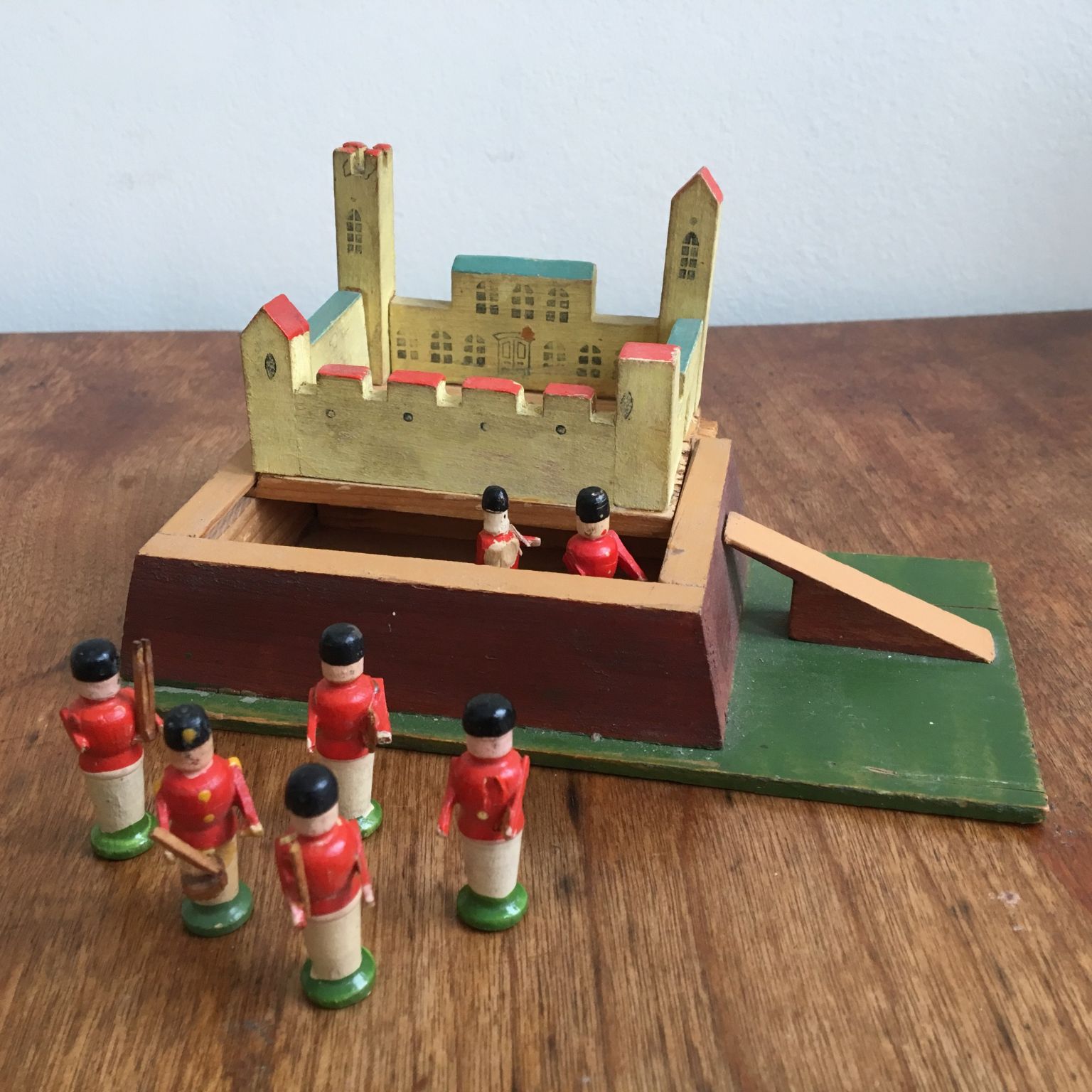