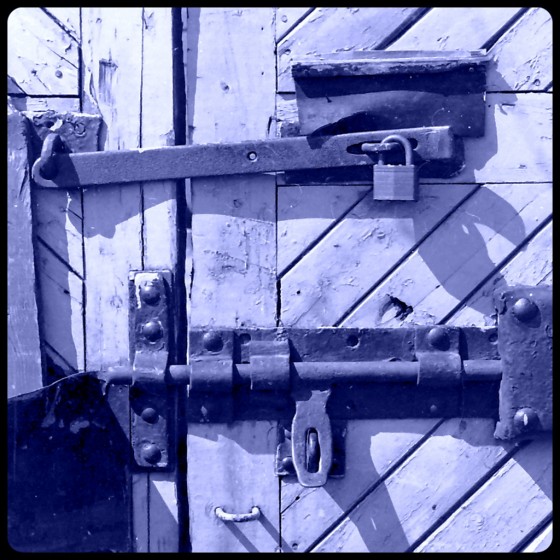 It was fun to hear that Premier Wines and Spirits are moving north and rebranding themselves as Rockhead Wine & Beer Market. All the bootleggers who spent time in Rockhead Prison would be shaking their heads with disbelief.

Younger folk probably don’t know what the old jail looked like and that’s where I come in handy because I visited the site in about 1970 and took a few photographs.

Rockhead was the city jail and was at the end of Novalea at about Leeds Street. When I visited it was still in open fields and had been closed for a year or so (some stories have it closed in the 1950s but it was open until the new regional jail was opened in Sackville about 1969). My expedition was not to make an architectural record but to take some artsy photos of the abandoned site. When the jail was constructed in the 1850s it was designed with the most up to date and humane principles: solitary confinement and rehabilitative labour (breaking rocks and growing your own food). There was an octagonal central block with two wings. The design could accommodate more wings like the spokes of a wheel. The original buildings were built of massive blocks of granite  but later outbuildings and walls were concrete. I only got into some of these outbuildings –  the cell blocks were still well secured. It was a jail so of course I took photos of locks.

-If you drive into the parking areas of Convoy Estates there are pieces of cut granite used as barriers that probably came from the jail. If I was associated with Rockhead Wine I’d be after some bits to work into my shop design.

-If you enjoy looking at photos of abandoned buildings there are some swell local photographers who can oblige. I’m a fan of Kenda Landry. Sample her Flickr Albums.

-When I posted some of these photos on Facebook a few months ago I was enchanted by the little memories that folks shared about the jail: relatives who had been in jail, playing ball in the jail’s fields, stealing the prisoner’s vegetables.  A real treat here.

-In Boston a jail with a similar design was made into a luxury hotel. Go figure.