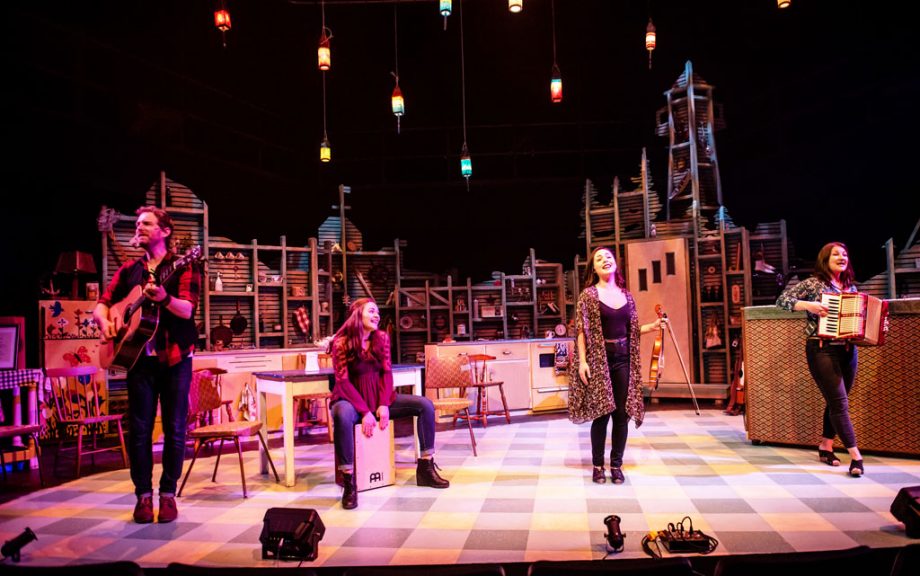 It was minutes into Argyle Street Kitchen Party when singer/songwriter Ian Sherwood invited audience members to come sit onstage during the performance. Imagine my surprise when, while laughing cordially at the offer, I was whisked to the seats in a random spur-of-the-moment decision by my girlfriend. Perched on a stool behind a counter in a very lifelike kitchen, the decision to relocate instantly proved to be a good one. The ensuing performance by Sherwood and fellow musicians Karen Lizotte, Celia Koughan, and Malia Rogers celebrates the beloved Maritime institution, the kitchen party. Fun and infectious, their energy quickly permeated from those sitting mere inches away to the audience members who stayed in their seats.

Although I’d be more tempted to call Neptune’s newest musical offering a showcasing of Maritime music situated in a kitchen than a party per se, the event succeeds in what it sets out to do. In terms of performing songs penned by famous East Coast legends, Sherwood and Company check off the boxes. With covers that include tunes from Great Big Sea, Lennie Gallant, Anne Murray, Wintersleep, Joel Plaskett, Stan Rogers, and Classified (I’m just scratching the surface here), Kitchen Party is sure to please traditional Maritimers with beloved timeless shanties, Heave Away, Barrett’s Privateers, and Farewell to Nova Scotia. The end result is a mixed bag of entertainment, which really takes off when the party’s in full swing. Although the slower songs highlighted the musical chops of each individual performer, it felt like the show was hitting the brakes, stopping just shy of when the energy was really starting to build. Nevertheless, Sherwood, Lizotte, Koughan, and Rogers are each in their own way charming and funny additions, and deserving of a larger audience than what was in attendance yesterday. I’d love to see what a night at Kitchen Party would look like when it’s packed to the gills with energized audience members.

For all those not in the know, Argyle Street Kitchen Party offers a special musical performance by a visiting musical artist (appearances vary nightly). Friday night featured award-winning New Brunswick native Thom Swift, who nonchalantly charmed the audience with a mixture of blues and folk music for a surprisingly brief (maybe fifteen minute?) set. Personally, I was looking forward to watching Swift perform alongside his musical hosts and was a tad disappointed when it never came to fruition. Here’s hoping that future guests will participate in more collaborative sessions. Until then, Kitchen Party remains in good company with its welcoming hosts in what most East Coasters will agree is a summery, sociable night of Atlantic pride.

Neptune Theatre‘s presentation of The Argyle Street Kitchen Party is on now through Saturday, August 4th; tickets are available online or at their box office (902-429-7070), at 1593 Argyle Street.

All photos credited to Stoo Metz. 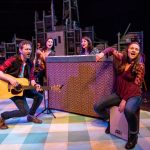 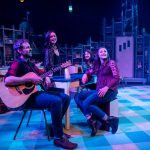 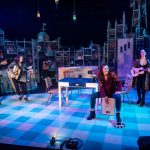 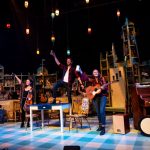