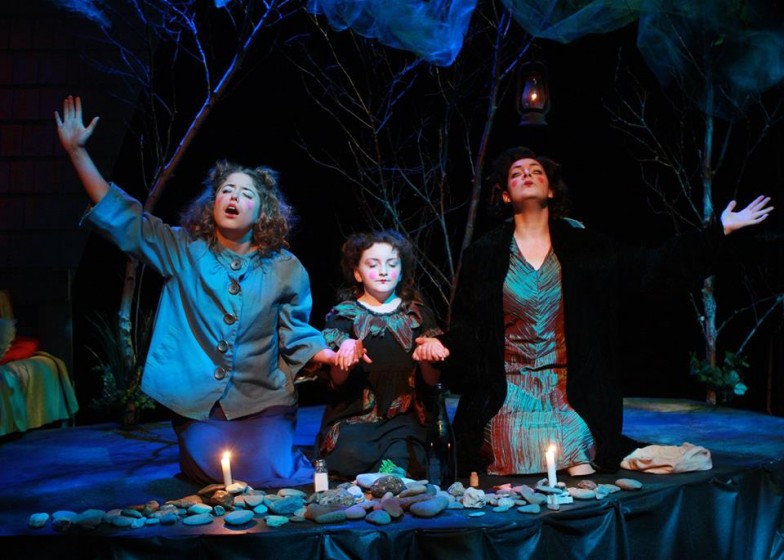 So as I said on Facebook, it’d be silly of me review a play that my best friend wrote, featuring my life partner (or would it). Instead I sent along five questions to the wonderful Natasha MacLellan, Artistic Producer of Ship’s Company Theatre and director of the magnificent piece, After Eepersip Disappeared by Kristin ‘Tomato’ Slaney:

1. Describe After Eepersip Disappeared in 5 sentences or less.
A mysterious stranger arrives in Parrsboro and causes quite a stir. Alice, a local inn keeper is charmed by the stranger’s presence and her desire to become a pirate. But when things go awry, as they always do, she finds herself unexpectedly set upon a journey to places unknown, determined to make amends.

3. Who do you identify with most in the play?
Alice meets a woman in Act 2, a waitress, and she is just trying to get stuff done. I identify with her most, haha.

4. The show is highly stylized, how much came from the script and how much was your own vision?
Well, the script itself is quirky and light, but also has a lot of heart. At its core, it’s about friendship. I don’t think she wrote it to be as stylized as we’ve made it, I think that choice was made in a production meeting with designers. The designers I work with most often know I have a deep love for Beetlejuice and Tim Burton, but also shows like Lemony Snickett and Alice in Wonderland. I think realism is highly overrated. So we made a team decision to not limit ourselves to bring “real” and instead, I think, found a way to ultimately be even more truthful.

5. The number one reason to make the (beautiful) drive to catch After Eepersip Disappeared is:
The show is a magical escape from your everyday life. And the 5 actors, including the unbelievably charming Rylee McLean, who is 10, have a chemistry going on you don’t always see in a cast.