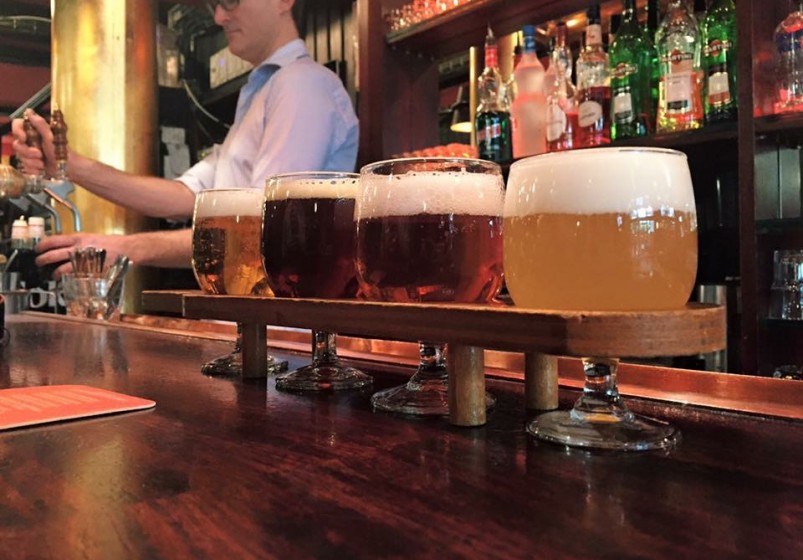 The City of Lights is known for many things: artists and intellectuals, history and architecture, wine and cheese, fashion and literature. It’s not as well known for its beer. At least it isn’t yet.

There’s an exciting craft beer scene growing in Paris, with beer caves and brewpubs popping up throughout the city. If you’re looking for a crash course in French and Parisian beer, these three stops are not to be missed. 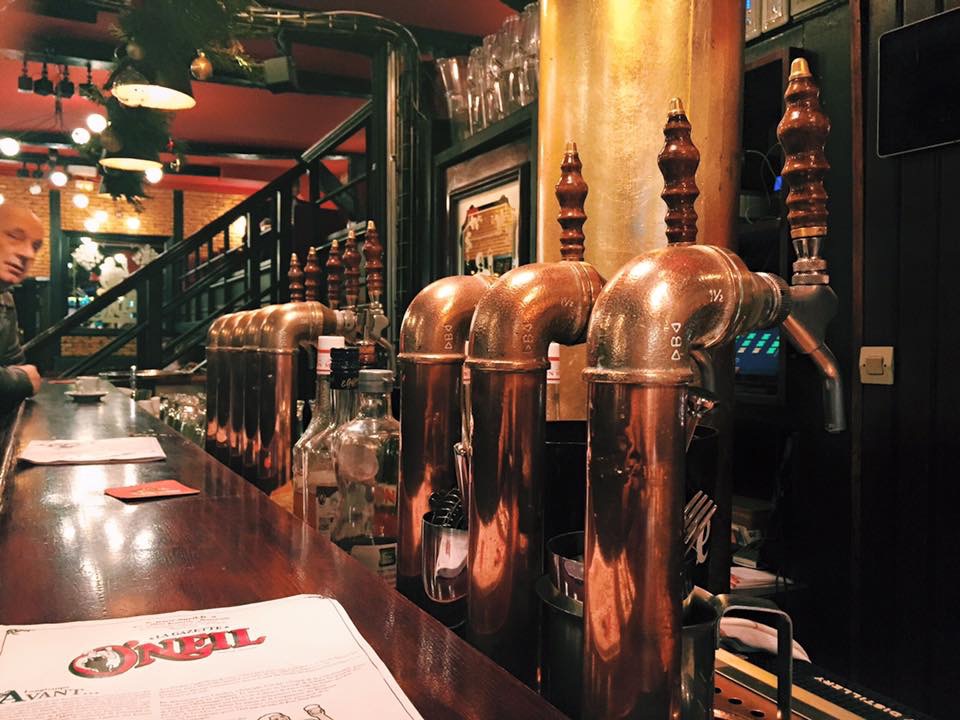 1. O’Neil – 20 rue des canettes (6th Arr):Paris’s longest continuously operating brewpub opened 25 years ago in St-Germain-des-Prés. It’s the kind of place you’d want as your local, a casual, comfortable spot, with dark polished wood and brass, low ceilings and exposed pipe work and ducts. They brew right in the bar area, so you can watch the steam rise from the mash tun and smell the warm malty scent of brewing beer. O’Neil has five beer on tap, four regulars and one rotating seasonal. 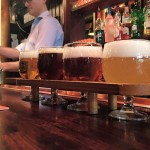 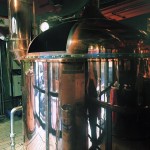 The food is primarily Parisian pub fare, with some interesting departures like Welsh frites and chilli con carne. Because of its location, this brewpub will also take you through some quieter side streets in Paris between the beautiful churches of St-Germain des Prés and St-Sulpice, a refreshing departure from the busier tourist attractions. 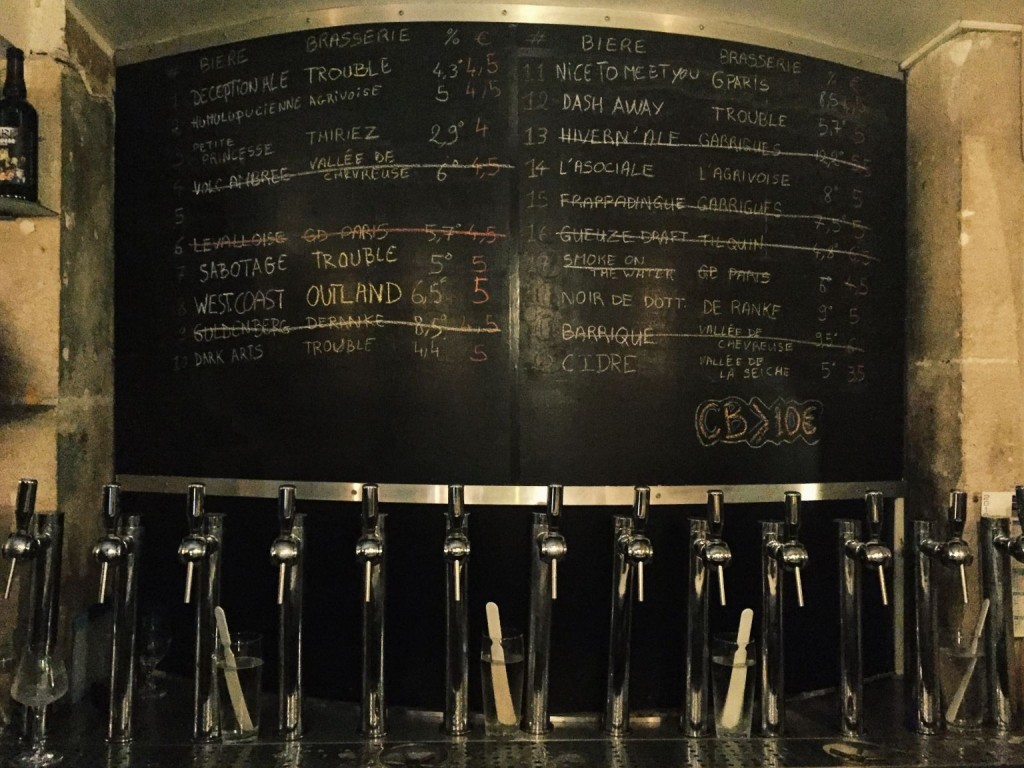 2. La Fine Mousse – 6 Avenue Jean Aicard (11th Arr):If you go to only one beer bar in Paris, make it this one. This “cave de bière” in the 11th Arrondissement is a fantastic introduction to French beer, with more than half of their 20 taps featuring a rotating selection of French breweries. It’s a small, busy space, with seating for about 30 people. Locals line the bar and the dress code is far more casual than what you’d usually find in Paris. In addition to the 20 taps, La Fine Mousse has a large selection of bottled options from France, Belgium, Ireland and beyond. Pair your beer with a cheese or charcuterie plate, or head next door to their restaurant, also called La Fine Mousse. 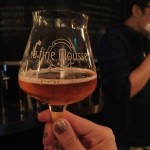 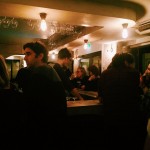 You can’t get sample flights here, but they’ll let you taste for free if you’re having a hard time deciding. They have growlers to go, a newer but increasingly common trend among the Parisian beer spots. Prices are pretty reasonable, with draft beer ranging from 3.50€ – 5.00€ and pairing plates from 10.00€ . 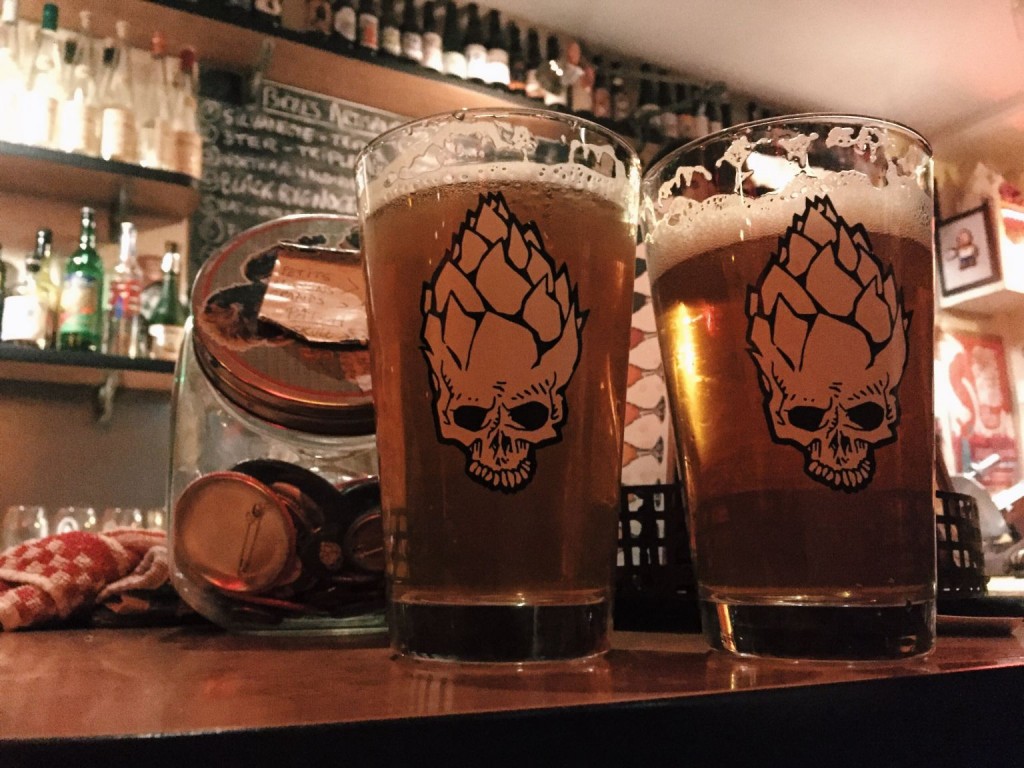 3. Les Trois 8 – 11 rue Victor Letalle (20th Arr):Just around the corner from La Fine Mousse you’ll find Les Trois 8, an even smaller beer bar with a punk rock vibe. This bar offers French beer among a range of international craft beer, with a definite focus on hopped up varieties. There are eight taps and a large selection of bottled beer. They keep a meat slicer at the bar to shave fresh local cuts of meat to pair with your beer. Make sure you check out the bathroom to get an idea of the sense of humour of the bar’s owners and patrons. 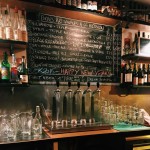 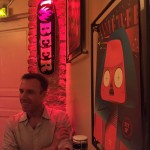 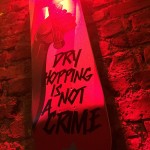 There are many more bottle shops and beer caves worth exploring in Paris, but the three above will give you a great taste of the local scene. For a comprehensive guide, we loved local site hoppyparis.com.

We’ve just returned from a quick press trip to Paris with a group of other local writers sponsored by Atout France, The Paris Convention and Visitors Bureau, and ASL Airlines. ASL Airlines will offer flights from Halifax to Paris via Dublin for the third year. This weekly flight starts July 7, 2016 and runs until October 14, 2016.

Thanks to @CailinONeil for connecting me with this amazing opportunity. If you’re looking for fantastic international travel adventures and videos, you’ve got to check out her site: http://www.travelyourself.ca/