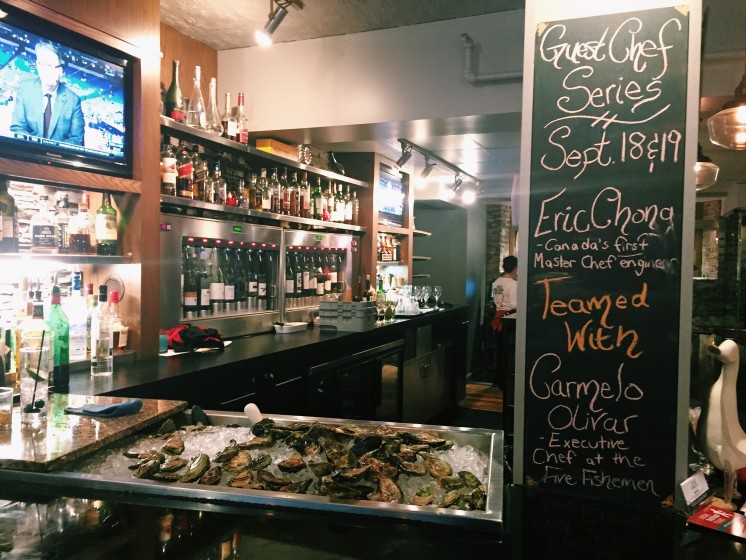 Do you remember the first time you tried lobster?

I do. It was messy, and difficult, and one heck of a process, but that first taste made the experience worthwhile. I’ve never looked back. 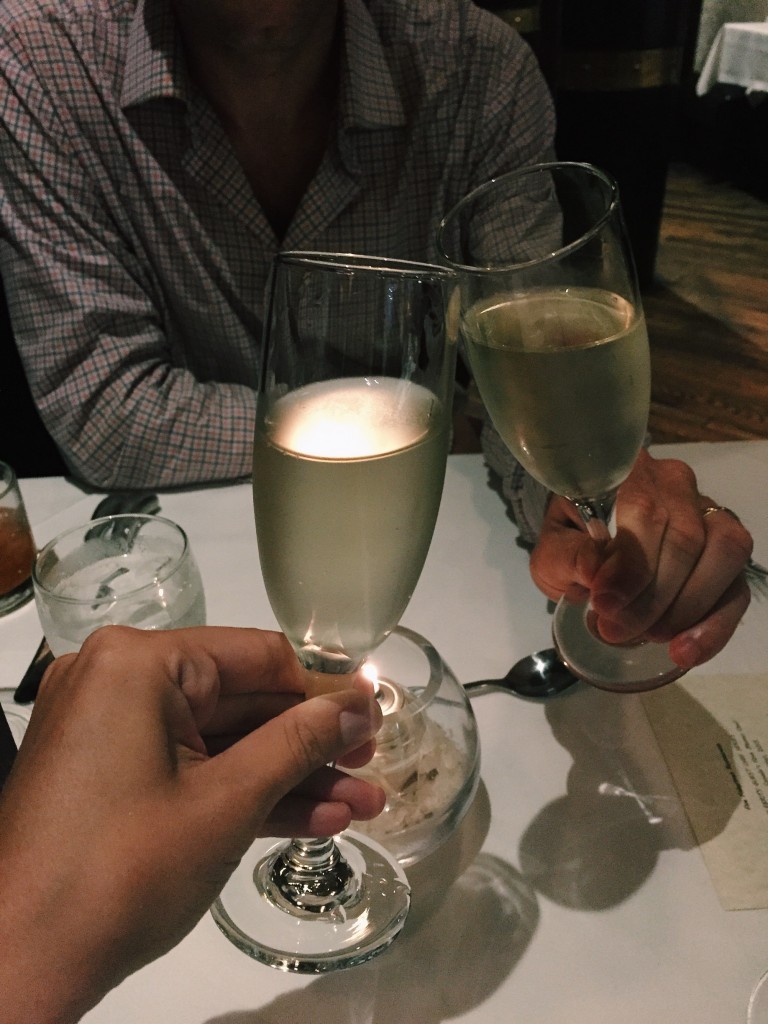 Eric Chong and Carmelo Olivar set the stage last night with a fresh shucked oyster and raw quail egg shot paired with a Blomidon traditional method sparkling wine. That was followed by a marinated salmon belly on a bed of sushi rice with edamame purée then sweet and sour pork ribs, each with their own wine pairing. 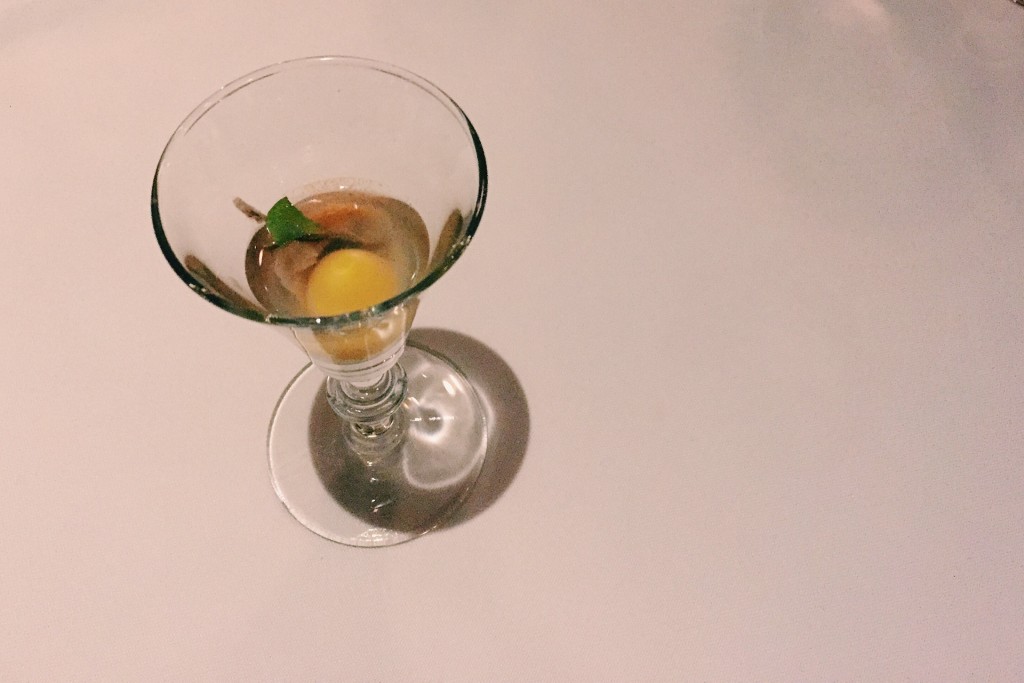 The salmon belly was especially good, so good Drew involuntarily released a string of expletives upon tasting it, expressing how good it was. A bit embarrassing, really, but it was that good. 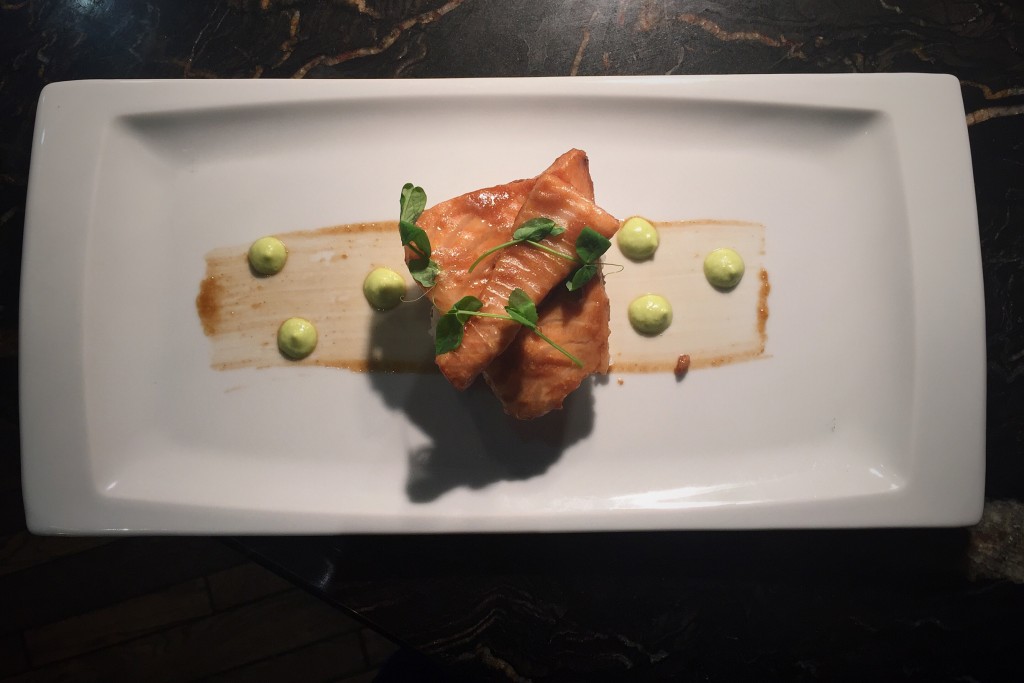 It was almost as if Eric wanted to show people just how good lobster can taste by setting the bar with mouthwatering seafood starters – as if he were saying, “Hey look, here’s all these new and delicious ways to eat seafood,” so he could smash his own standard with the fried lobster linguine.

I have a good friend who often remarks on how lobster is really just a vessel for butter consumption. I disagree, but he remains unconvinced. This deep-fried lobster would convert him, I am sure. The lightly breaded and fried lobster paired with lime foam brought out the full lobster flavour. No hiding behind butter or cream. 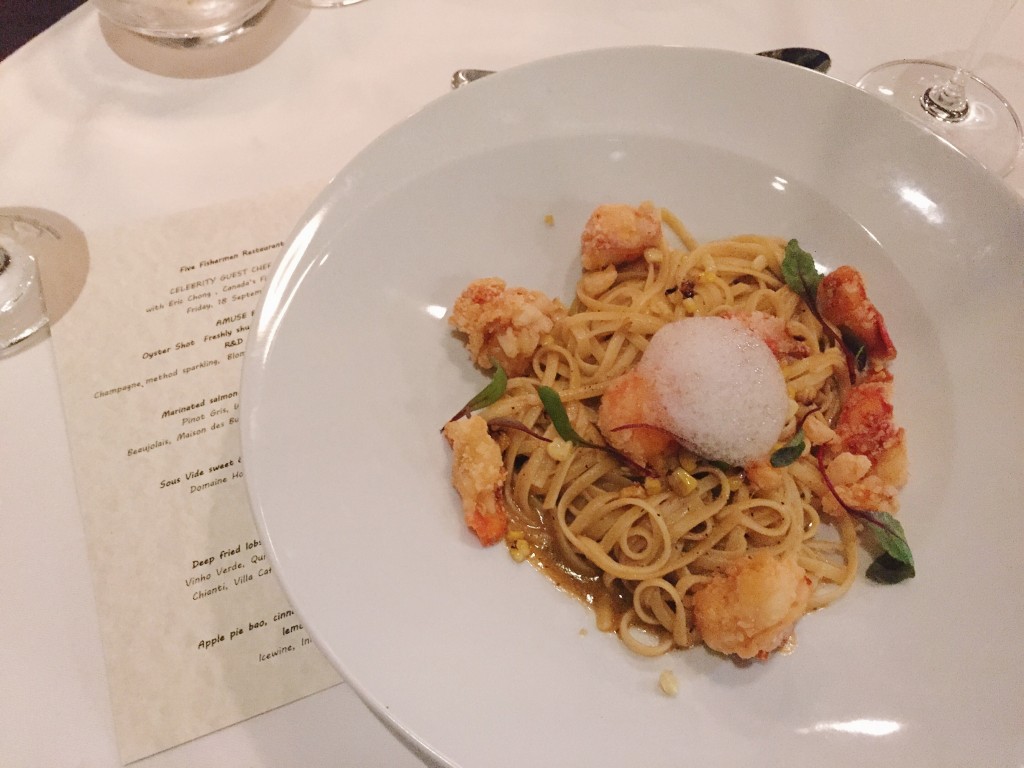 Each course comes with a pairing from an expertly curated selection of wines from the local sparkling from Blomidon to an Italian white to a Portuguese green. (Yep, it’s a thing. A delicious thing.) At $115 per person, plus tax and gratuity, this is an experience well worth treating yourself to.  You have one more chance to dine with this dynamic duo tonight. 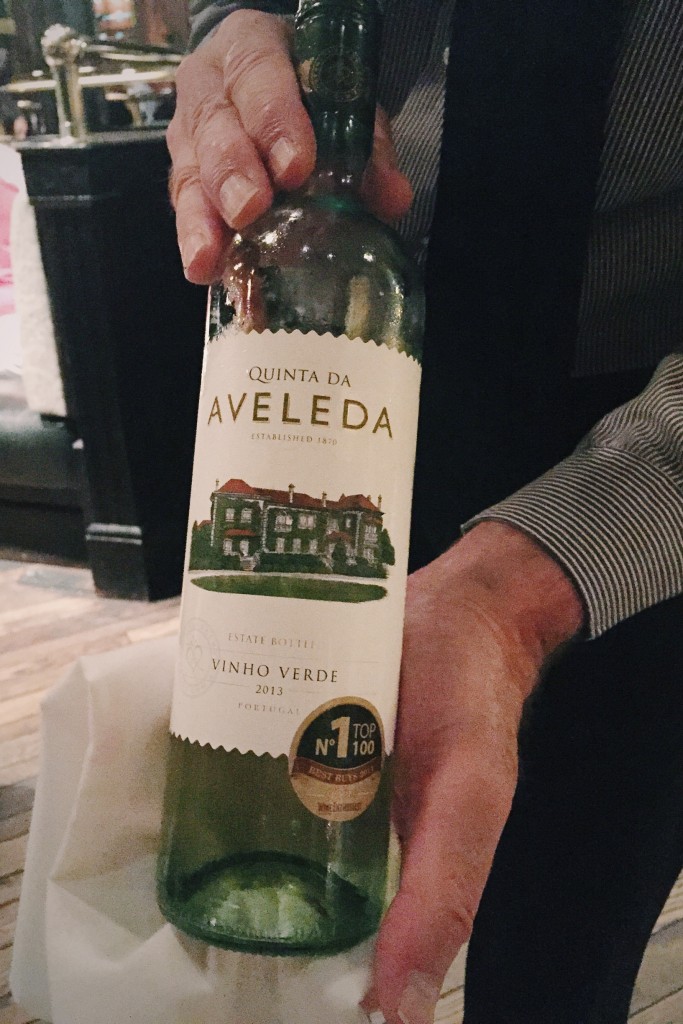 Can’t make it tonight? You’re in luck. This is just the first in a series of Guest Chef dinners hosted at Five Fishermen. The next one’s coming up November 20 & 21 with guest chef Rob Gentile of Buca.

Thank you to the staff at Five Fishermen for inviting us to dine on them for their first Guest Chef Dinner!