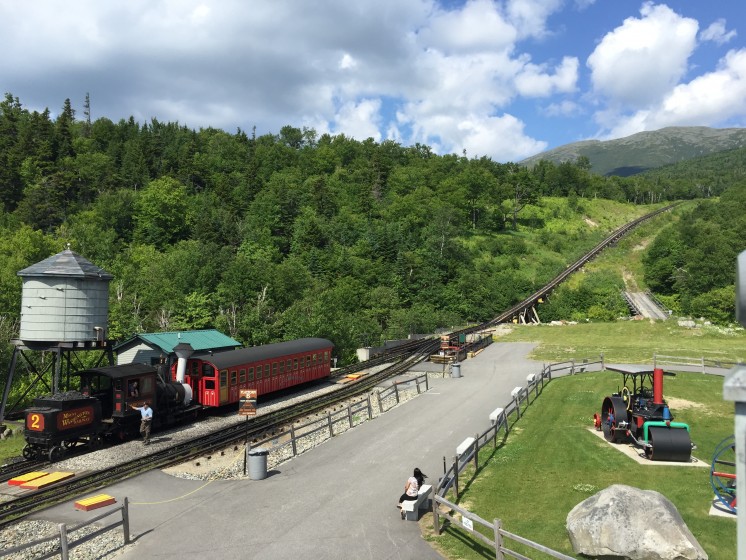 The drive to The Cog Railway made me a little sick to my stomach, a mix of altitude, the bumpy, winding road, and anticipation. My dad had done The Cog almost 30 years earlier. He was the only one of my uncles and aunts willing to brave the more than 3,500 ft climb in an 1800s steam car with my granddad. He loved it, but his stories had me a little shaken up.

The Cog Railway has been taking people to the top of Mt. Washington for 146 years. It was an innovation in its time, not the first use of cog technology to pull a car up a mountain, but the first to adapt the technology to allow the track to curve. Former cog railways had a cog on either side of the car along the outside of the track, meaning the rail could only go in a straight line. The Cog Railway moved the cog to the middle of the track, allowing a car to turn as it climbs, the only way to get up Mt. Washington.

We took the 9:15 am train, the only daily trip in the old steam car. It isn’t the original car, but it’s pretty vintage, built in 1880 to replace the original 1860s car. Our brakeman welcomed us aboard and went over some basic safety rules and an overview of what to expect, then the train took off with a rattle, then a chug, then a long, loud steam whistle. 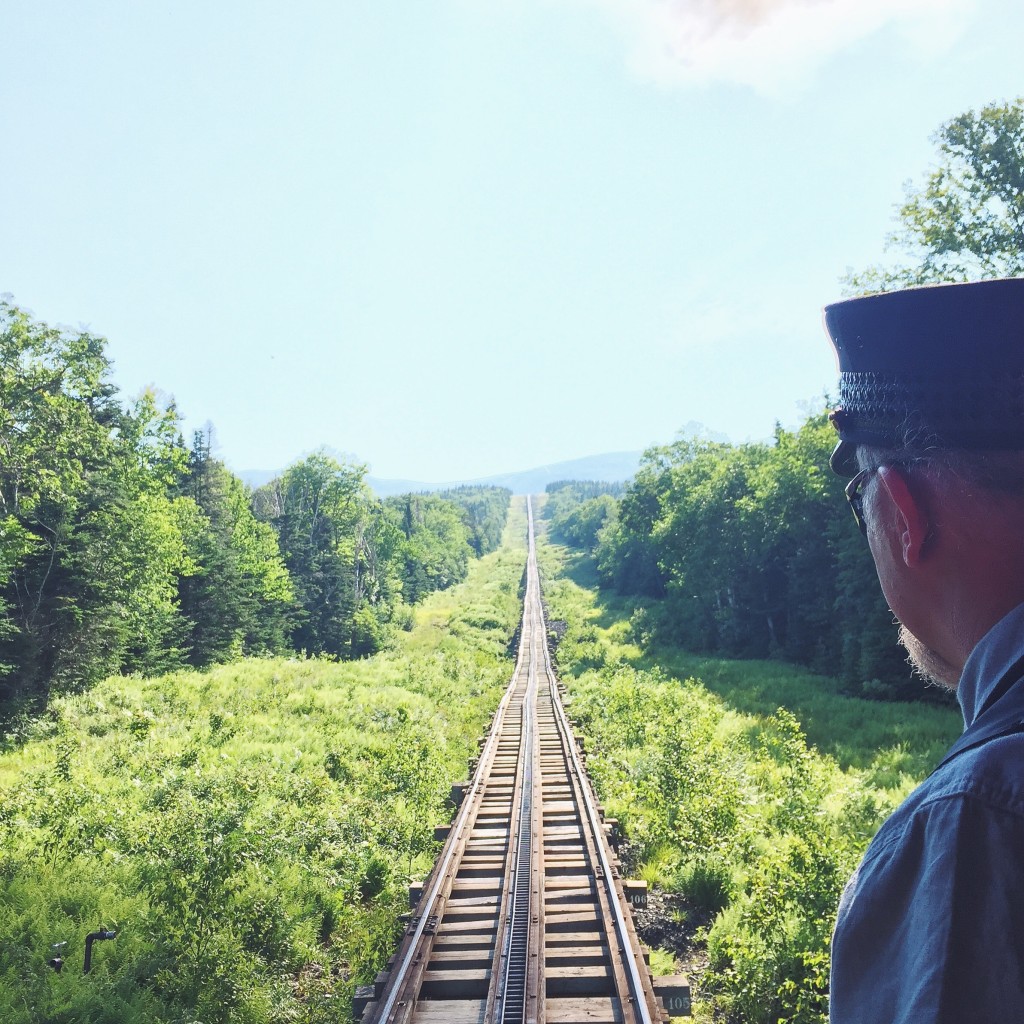 The train climbs Mt. Washington at just 3 miles an hour. It moves at a steep incline, 37.41 degrees at its steepest. Passengers can move around the cabin during the ascent, but it’s a struggle. I took on the challenge a few times for photos, using the metal grips on the back of each chair to help propel myself to the top of the train. It was worth it for the views. 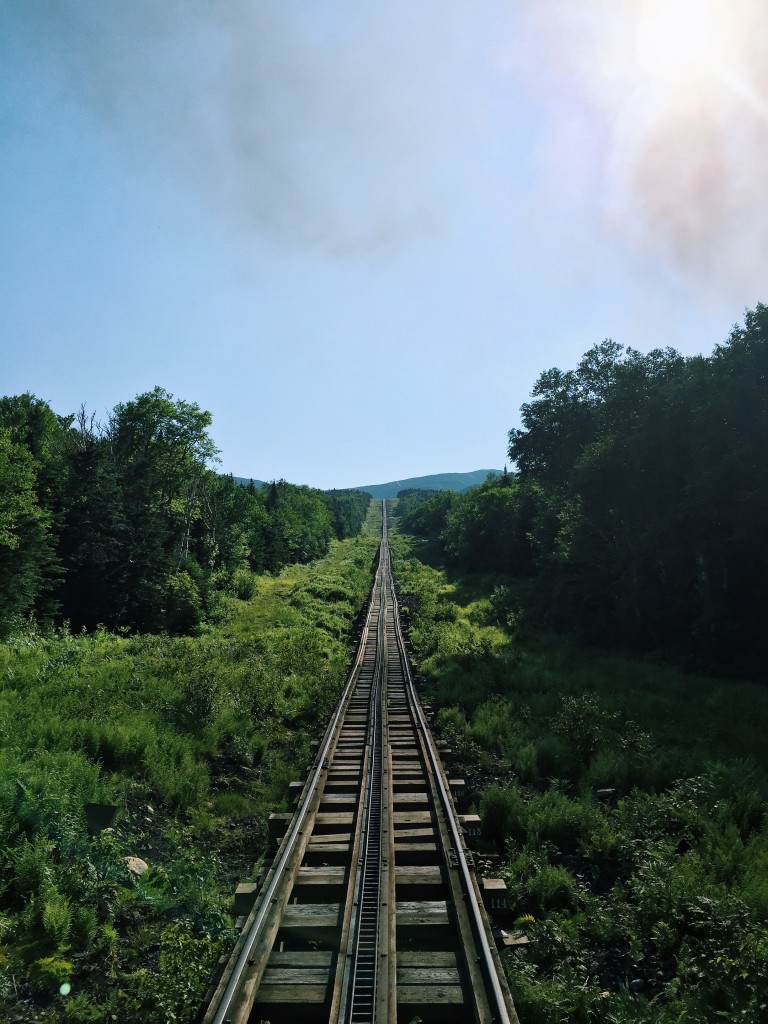 As the car climbed, coal spit out of the engine and steam pooled and twisted over the top and sides of the car, then condensed to form a light, constant, isolated rain. To keep the car moving, the driver needs to shovel coal into the furnace every four seconds. A single ride uses a tonne of coal and 1000 litres of water, requiring a mid-mountain stop to re-fill the tank.

The climb took just under an hour. It was hot when we boarded, but the elevation and wind on the mountain made for a chilly experience. I brought a sweater and wore jeans in preparation, but I still found it really cold. 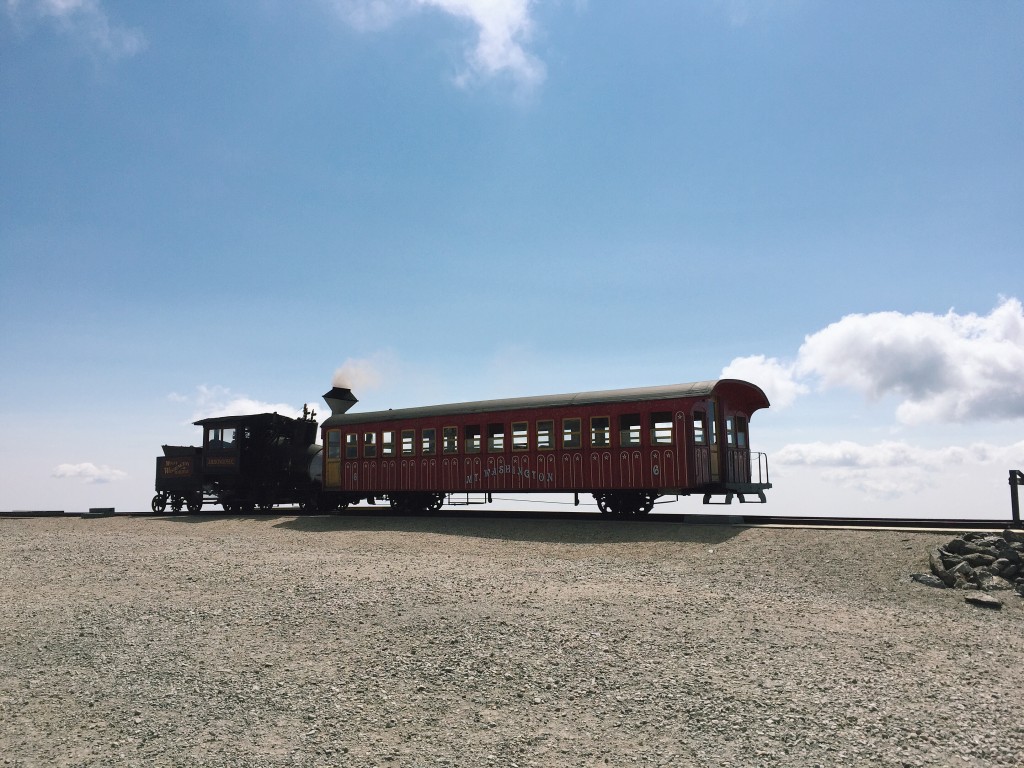 I expected Mt. Washington to be empty at the top. I was wrong. There’s a museum, weather station, and restaurant at the top, and the “Tip Top House”, the oldest surviving hiker hostel in the world. It was built in 1853, many years before a train could even access the peak. It was also packed with people. In addition to the 68 people on our train, the hotel and station were filled with hikers, cyclists, and tourists who had driven up the opposite side of the mountain.  We got to explore Mt. Washington on a rare clear day – it sees 250 – 300 days of fog every year. 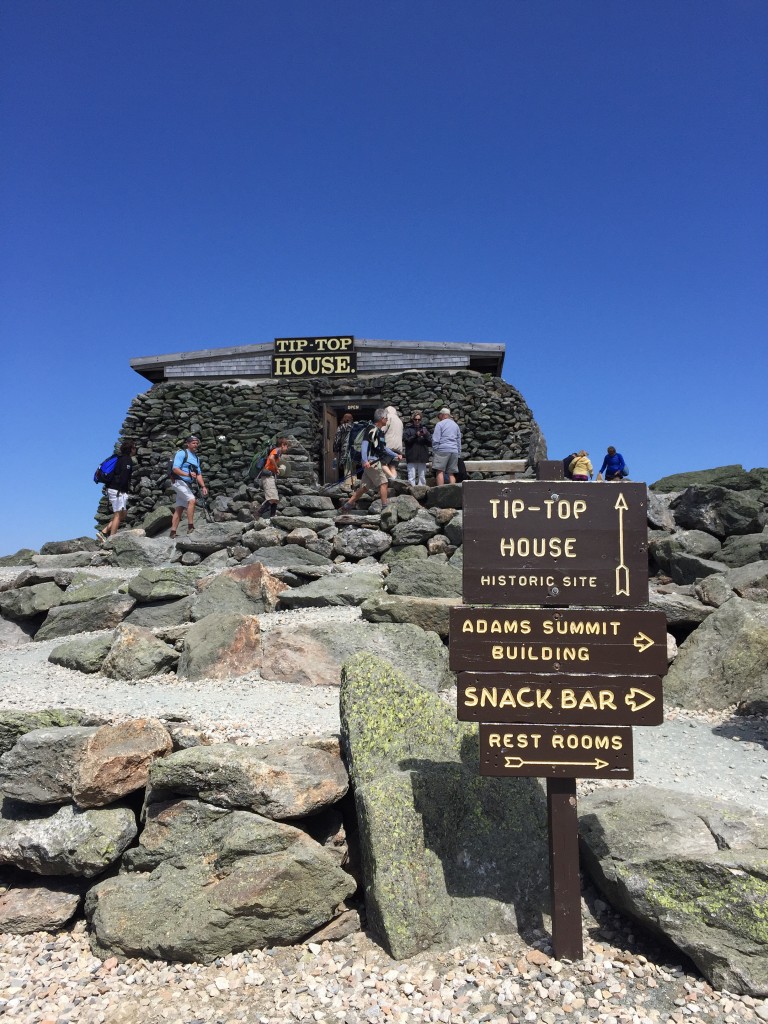 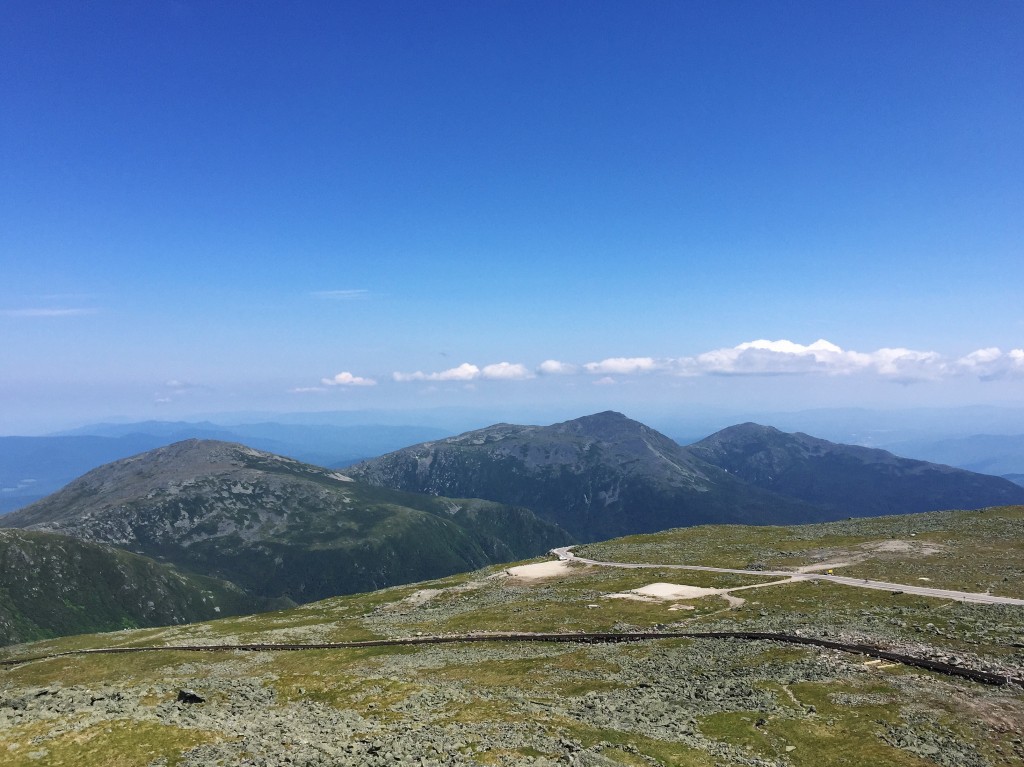 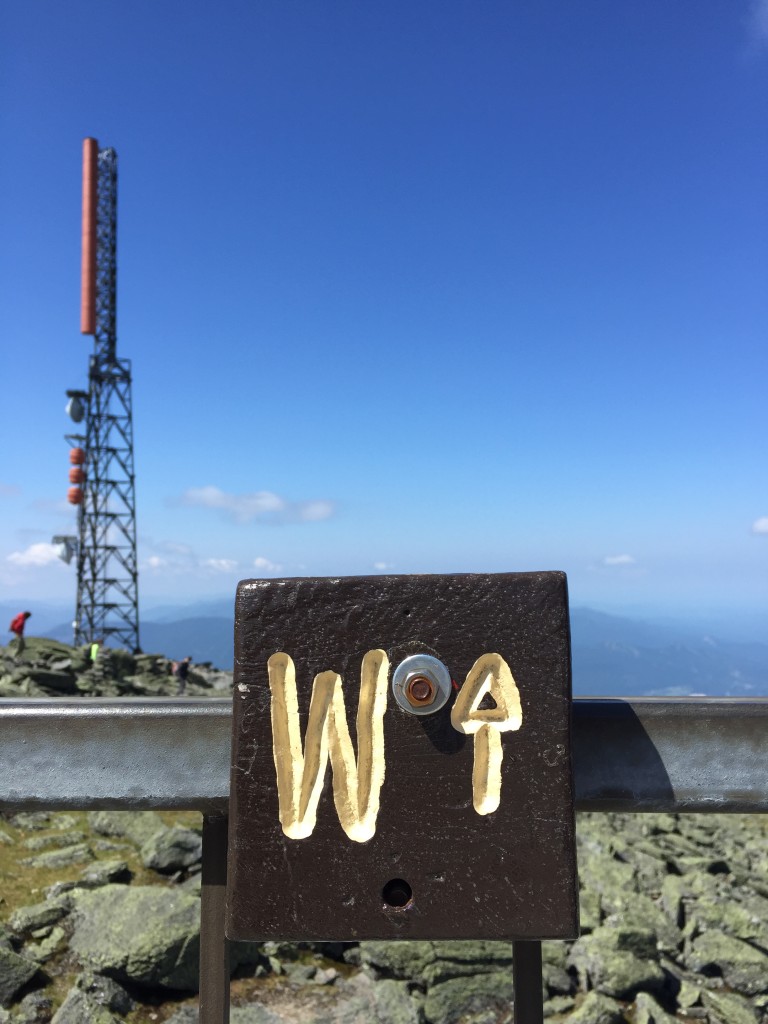 The journey back down was a little faster, four miles an hour. Our brakeman, who entertained us with stories and history of the Cog Railway on the way up, had to work the brakes the whole way, manually controlling the speed and weight on the steep descent. The fastest descent was under three minutes, though it wasn’t achieved in the car we’re in. There used to be a newspaper printed on the peak, and a delivery boy rode the papers down the track on a sled, which meant that at certain points the sleigh would have been traveling more than 80 miles an hour. Picture that.

Seeing the world from 6,288 ft, and getting there in a piece of history, is a true bucket list experience. The Cog Railway is about both the journey and the destination. The steam car isn’t the only way to travel on the Cog Railway. Diesel cars climb the mountain multiple times a day, a quicker, quieter ride, with most of the thrills of the steam car climb.

The Cog Railway waived our admission fees to allow us to experience this activity for consideration for the blog.