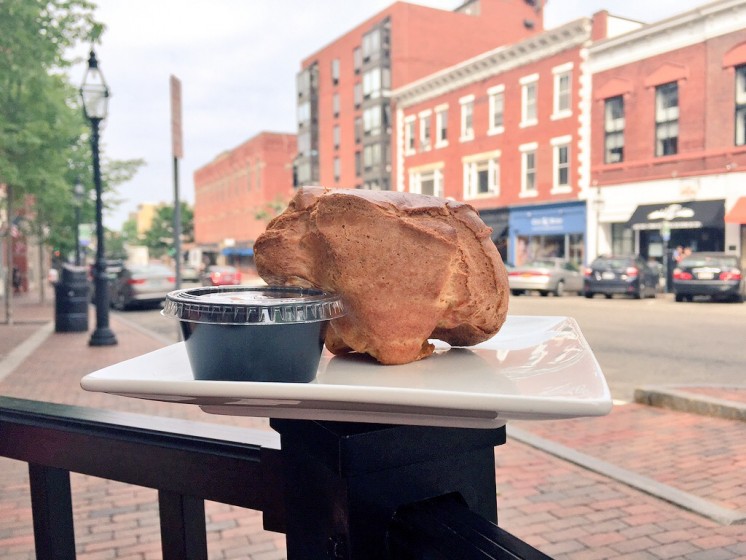 It took a lot of discipline to not spend my whole trip to Portsmouth at Popovers on the Square.

Popovers is named after a traditional New England pastry, but one that was new to me. A popover looks similar to a Yorkshire pudding and is traditionally served warm with maple butter, but can also be stuffed. The outside is thin and crispy – like what you’d expect with an oven warmed dinner roll – and the inside is soft and light with pockets of air.

At Popovers in Portsmouth, they have both traditional and gluten-free popovers, and options to stuff them with eggs and cheddar or lobster salad. I tried the basic gluten-free version on my first visit. The warm popover just slightly melted the whipped maple butter on contact and is one of the most delicious gluten-free anythings I’ve had ever. 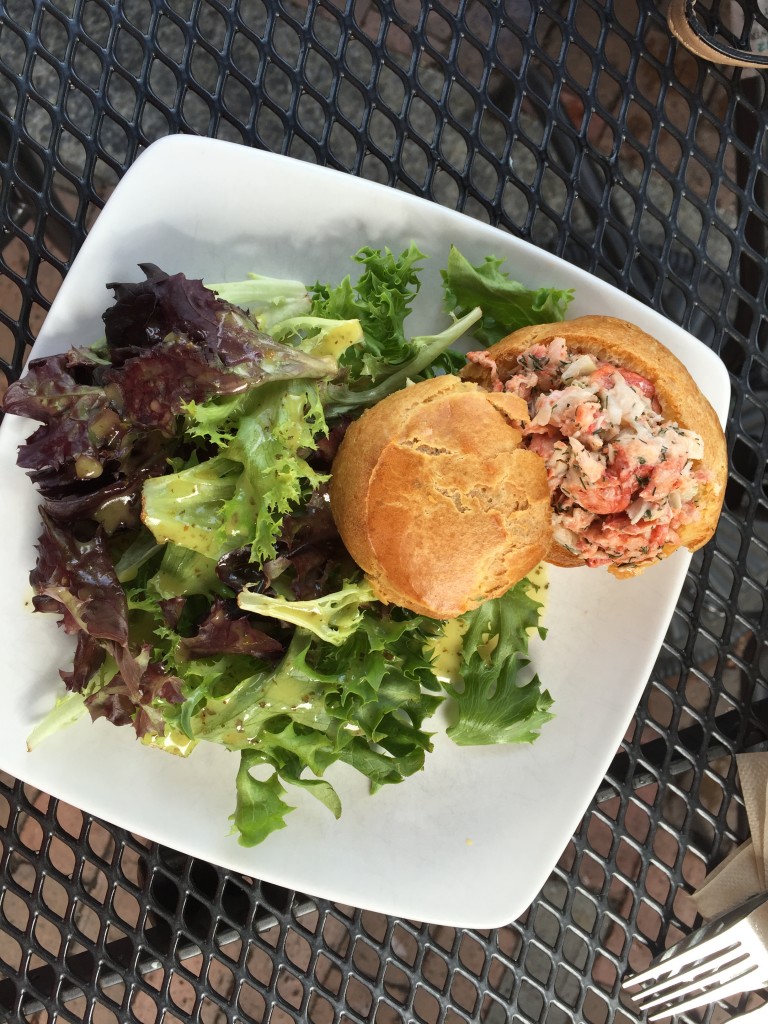 I came back the very next day to try the lobster. It was also good – local lobster cut in bite-sized chunks, not too much sauce, and flavoured with fresh dill, then stuffed into a mini popover and served with greens and vinaigrette. It was also delicious, but in my opinion, the basic option with maple butter is the way to go.

Popovers aren’t the only thing you’ll find at Popover on the Square. They have a large selection of breakfast and lunch sandwiches and wraps, a huge display of mouthwatering pastries, macaroons, cakes, and covered marshmallows. 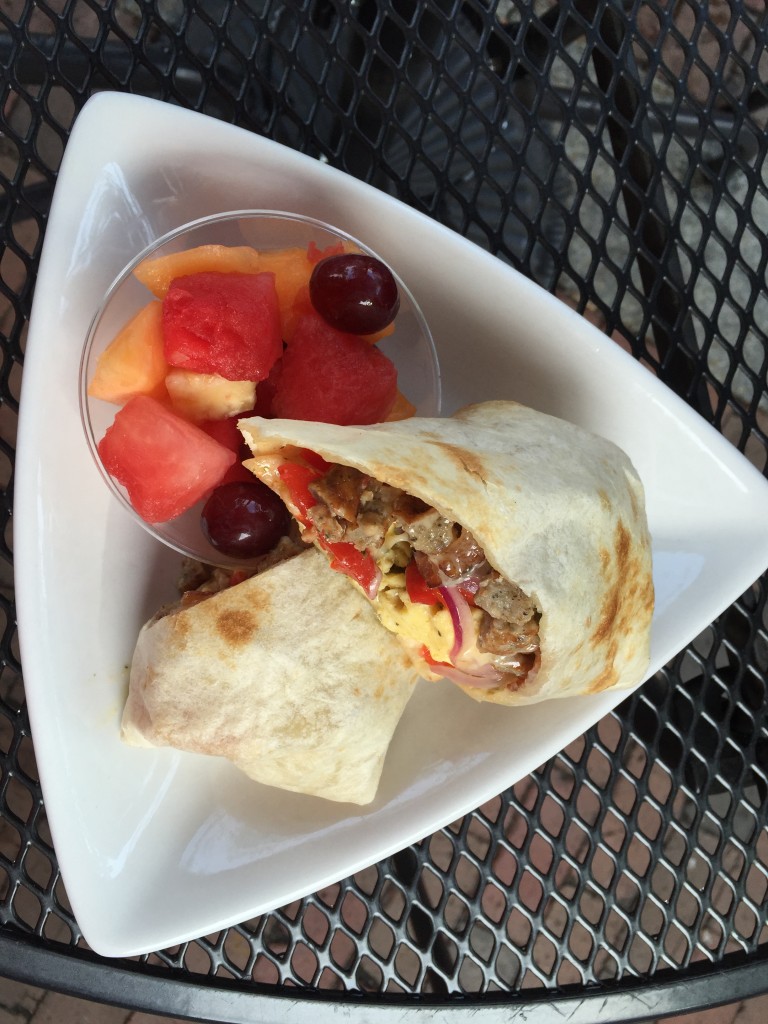 We tried a few things during the two trips, and everything was good, not just the popovers. They’ve particularly mastered their bacon, and their sausage selection is excellent.

I paired my popover with an iced white chocolate and blueberry mocha. If you’re craving something a little stronger, Popovers on the Square is licensed. 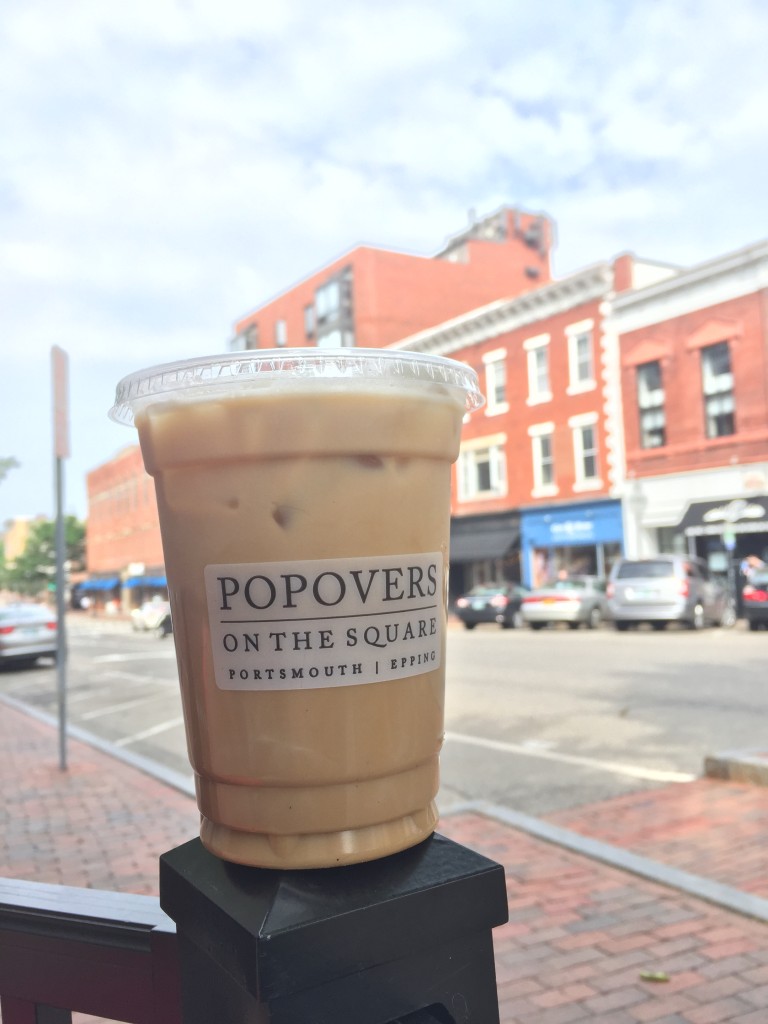 Popovers start at $1.75 and you can also buy them by the dozen. Dogs are allowed on the patio, making this tasty stop Charlie-approved.