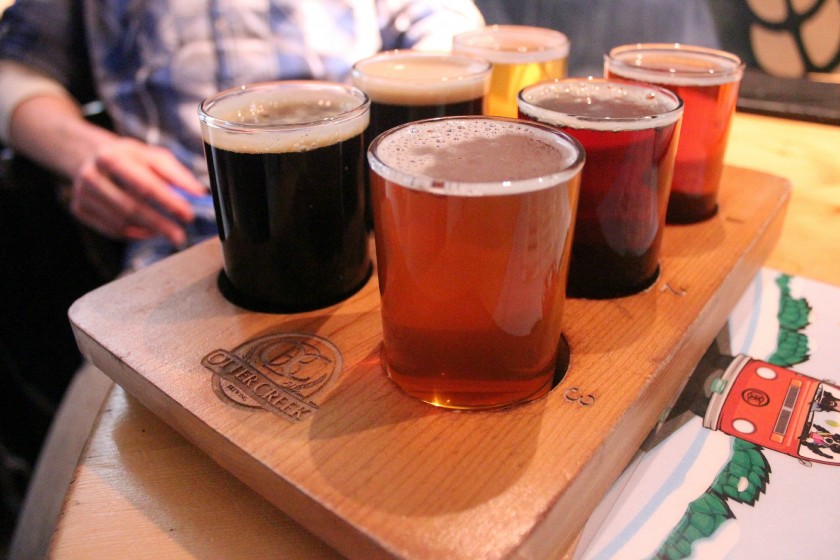 I tried Otter Creek long before this first visit to Vermont. I was in New Hampshire with my parents and planning a stop at Tullys, which is reputed to be one of the best craft beer stores on the East Coast. In preparation for that trip, Drew sent me a list of beer he wanted me to scout. Otter Creek Black IPA was on that list.

It was my first Black IPA, and no doubt influenced my love of that style of beer. Once we started planning our Vermont adventure, Otter Creek was non-negotiable.

Otter Creek is located just outside picturesque Middlebury, in a business park filled with other local businesses like a creamery, distillery and a cidery. It’s a large building, but more than half the space is occupied by the brewery. You can view the brewery through glass windows along one wall of the restaurant. 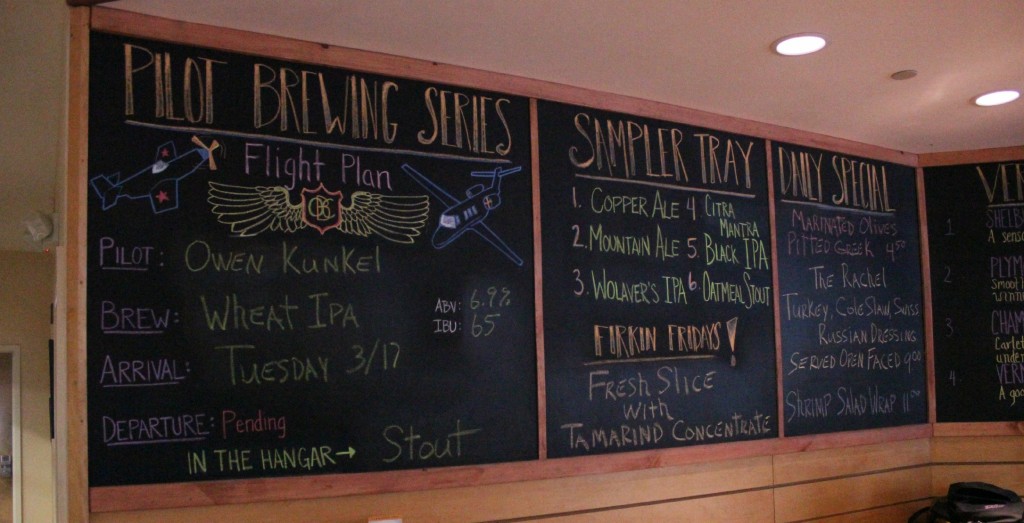 There are only a few tables which are set up around a large semi-circle bar. The bar is a mix of their own taps and taps from two other local breweries – Wolovers Organic and Shed Brewery. The sample tray is also a mix, made up of four of Otter Creek’s brews and one each of the guest taps, a total of six 4oz samples for $7.00. 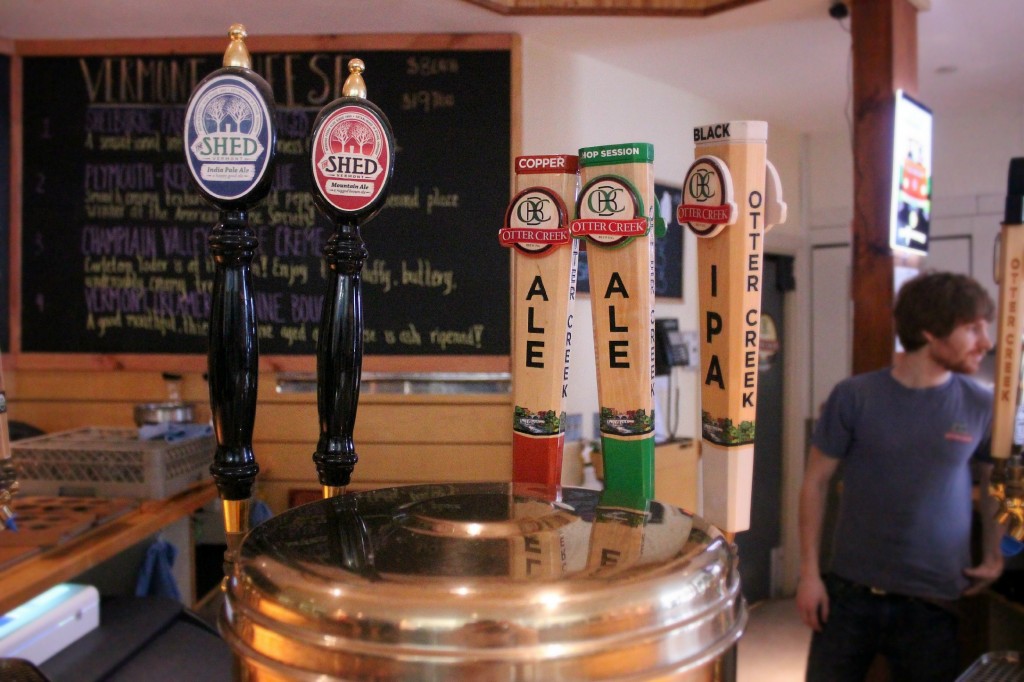 The Black IPA was included in that lineup, and while it was even better than I remembered, it was overthrown by the Otter Creek Citra Mantra in my list of favourites. 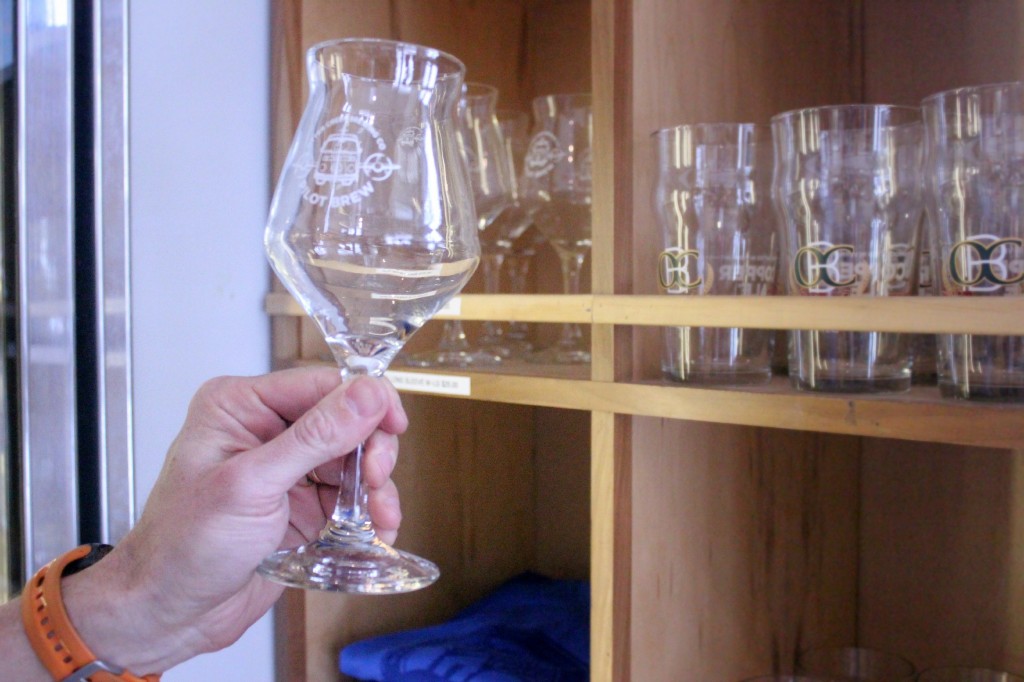 Otter Creek is one of five craft brewers and distillers who have teamed up to form the Middlebury Tasting Trail, a 5 mile, five stop tour. We’ll talk more about those stops in the next few posts.