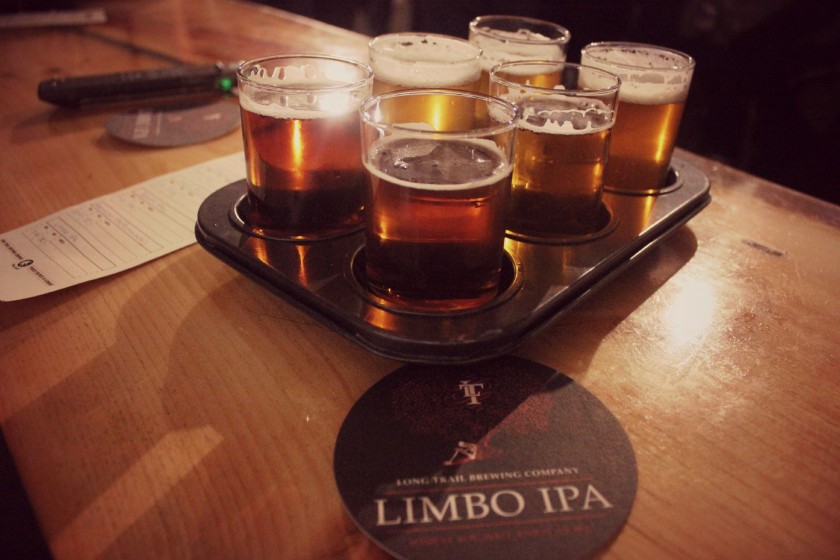 We almost didn’t go to Long Trail Brewery. With so many to visit in a limited time, we were of the mind that we’d try to stick to the ones you have less opportunity to try, and, being Vermont’s biggest brewery, it’s a bit easier to otherwise find Long Trail. However, there it was along our route, so we figured we’d go right to the source to see why it’s so popular. 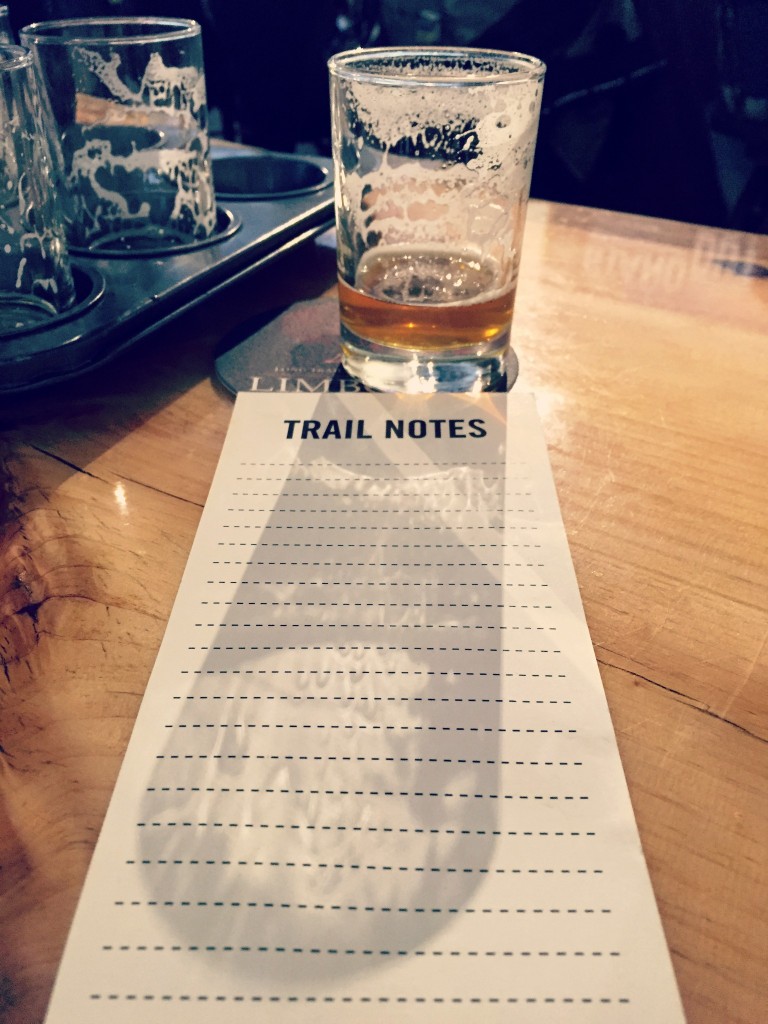 Long Trail Brewery feels like a ski lodge.  There’s a wood fire stove, tall ceilings with large wood beams, and an open area made for boisterous conversations. The only thing missing was snowmobiles parked out front, though I’m sure that happens. 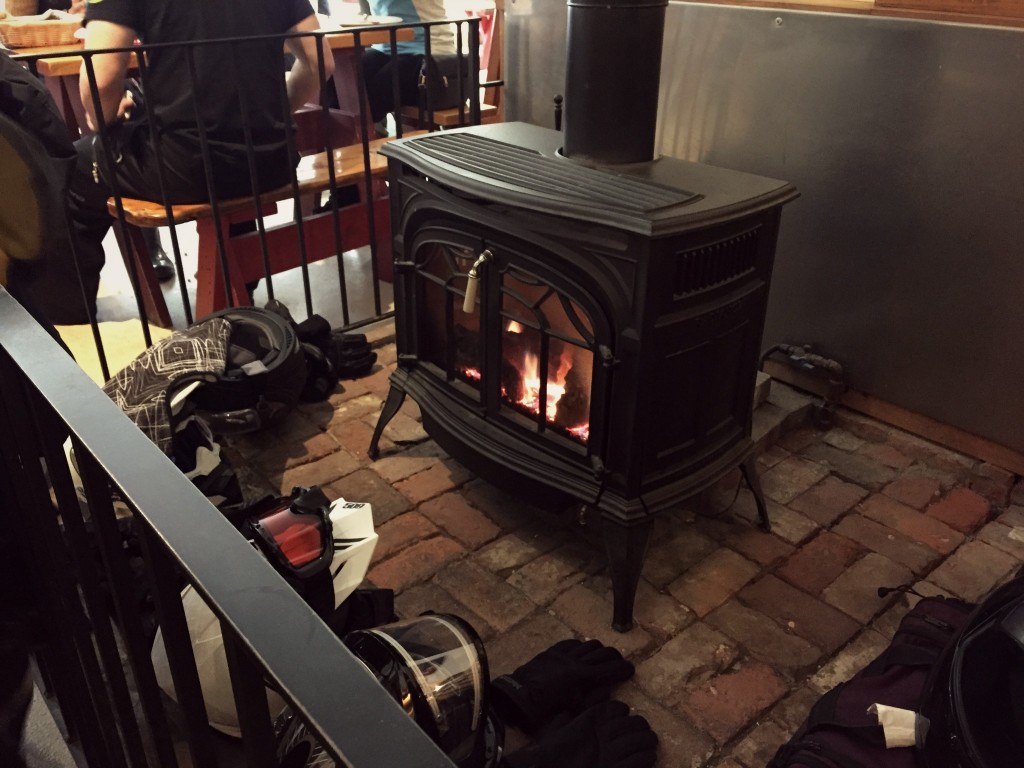 When we walked in we felt a little out of place, like we missed the dress code memo – ski lodge chic. It looked like everyone had just stepped off the hill, because, in fact, many of them had. Vermont is a veritable playground of ski hills. Five minutes from Long Trail, there’s a gondola literally on the highway. The hill and Skyeship Lodge was packed when we passed, and it’s not an uncommon sight for Vermont.

There’s free popcorn to snack on with your beer but you’re probably going to want to try the food. I was hungry on arrival and watching tray after tray of burgers and wings pass by wasn’t making it any better. 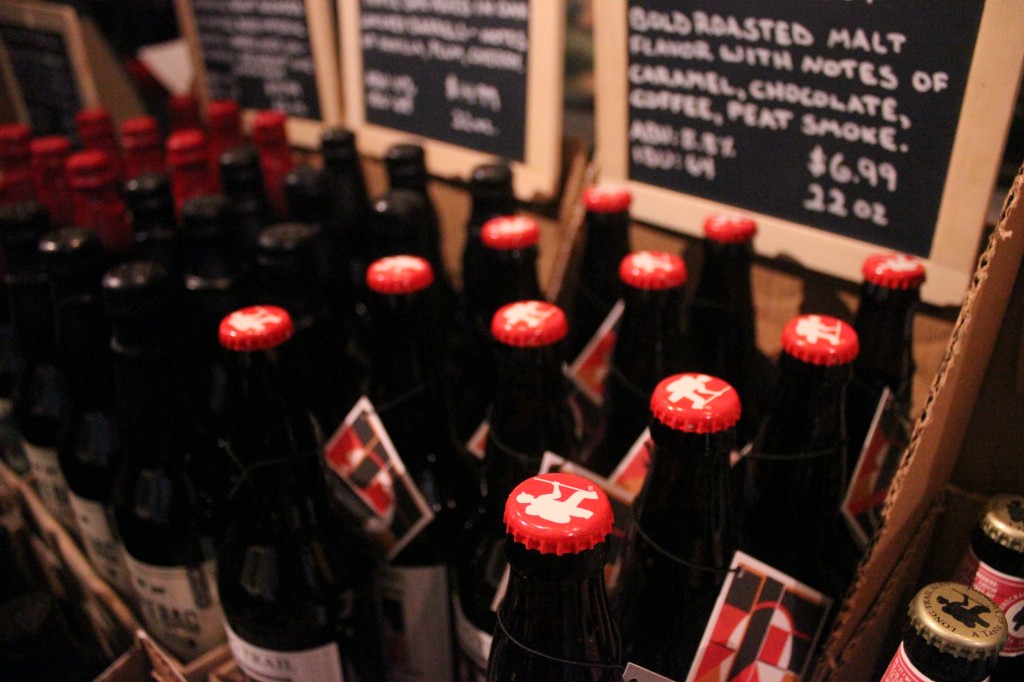 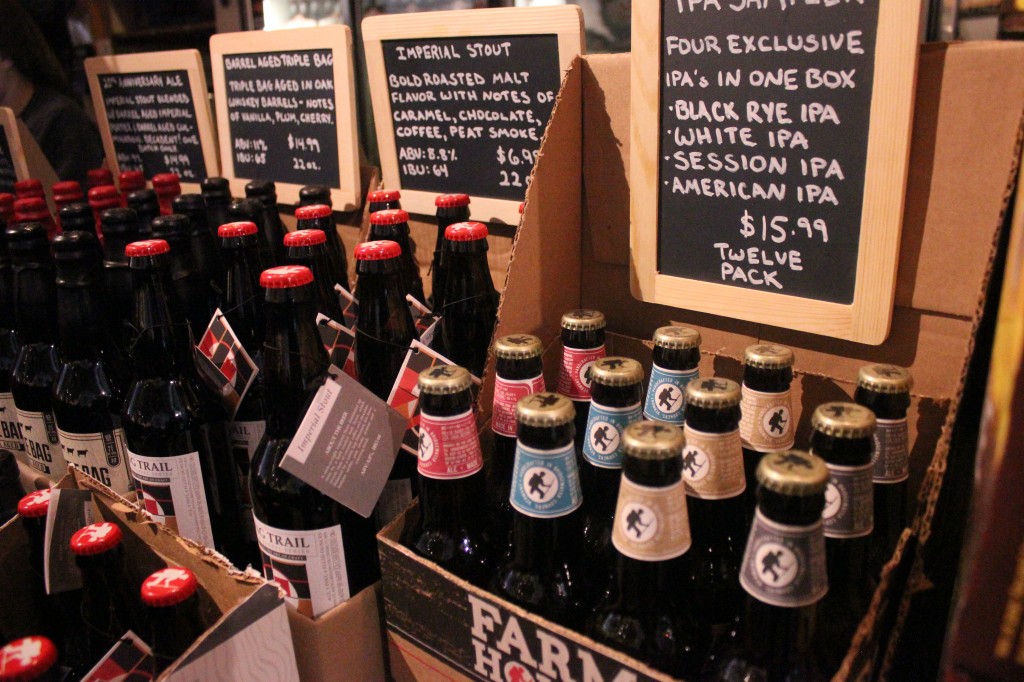 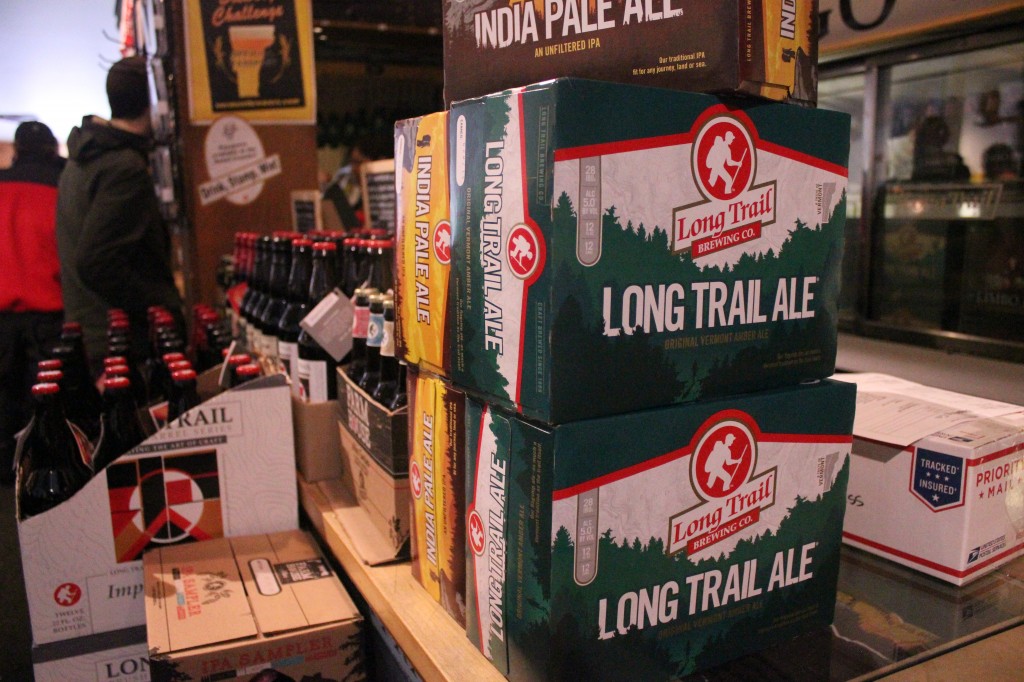 There’s a retail shop if you want to grab bottles to go. I liked that they had multiple mixed packs because the brewery makes quite a range of beer and while I was sampling, Drew was driving, so the sample packs let us take a little bit of the tasting experience home. 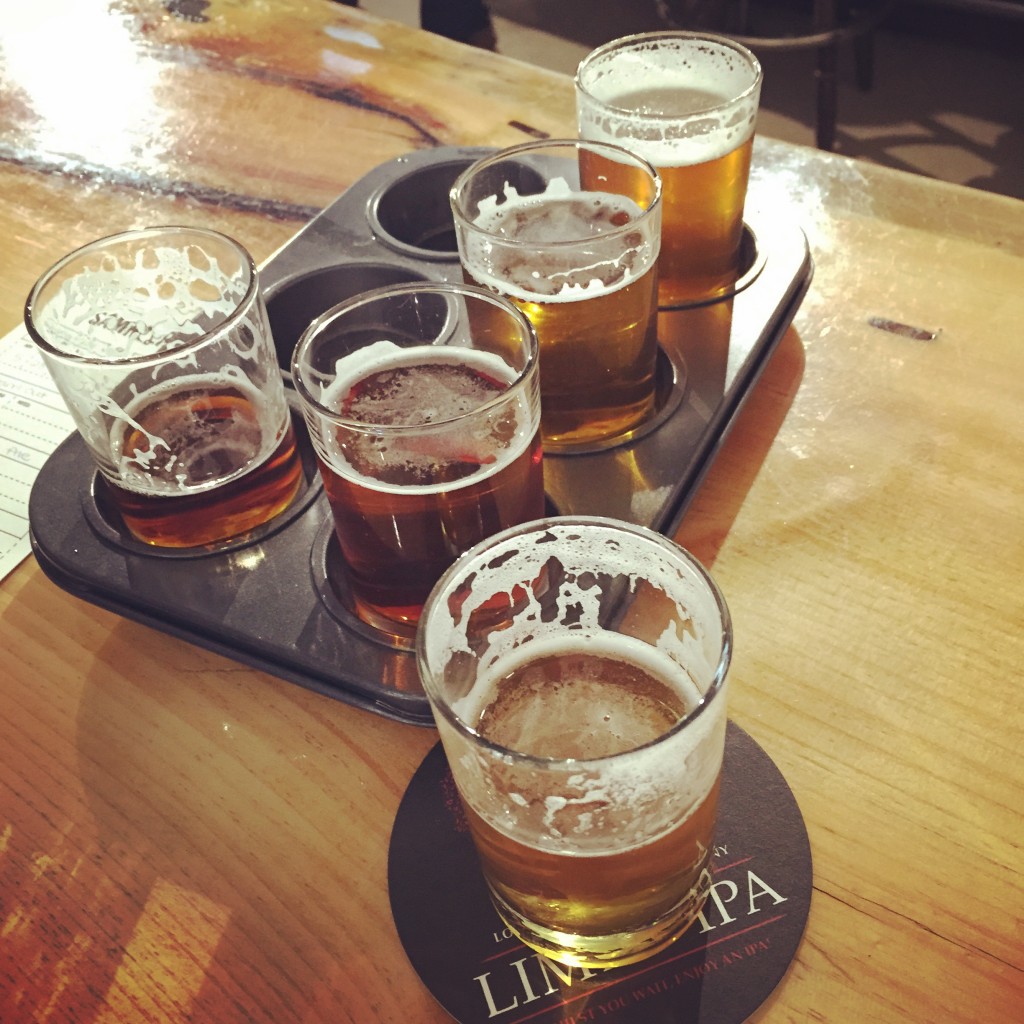 Sample trays are $8 for six 5oz glasses. Growlers are available for $11 including the fill. I ESPECIALLY liked the IPAs, of which there were many. There were pine cones in the bathroom. Just go there. You’ll like it.