Cape Breton Island has been well known for many years as having one of the most scenic drives on the planet: the Cabot Trail. Tourists have traveled here year after year from all around the world to take in the sights and cruise the trail by car, RV, motorcycle, or bicycle. 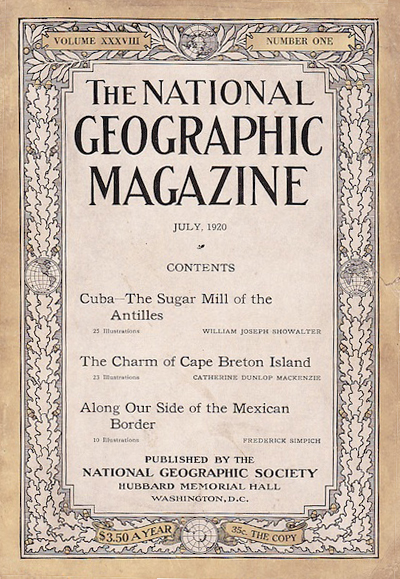 But they’ve all been missing out! I’ve done the Cabot Trail every year for the last 15 years, but I’ve recently come to learn that the best of Cape Breton is accessible only by foot. The fact that you get to drive the trail to access many of the trail heads is a significant bonus, but the real gems are literally off the beaten path.

For the last two years I have entered into the Cape Breton Highlands 3 Peaks Challenge with my team, The 4 Horsemen of the Hikepocalypse.   Here we are in all our hike-tastic glory after conquering Meat Cove Mountain, the second peak of this year’s 3 Peaks Challenge. 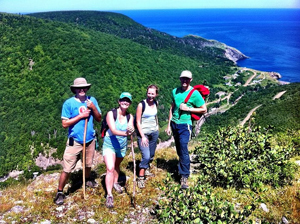 The 3 Peaks Challenge is the single best event there is to experience the natural breathtaking beauty of Nova Scotia’s masterpiece. As the name suggests, the challenge is to complete 3 mountains in the Cape Breton Highlands on foot in the same day. This year 24 teams took part in the challenge, which was organized by the Hike the Highlands Festival Society.  After meeting up with the other teams at 6:30am for instructions and a group photo, we were off to hike the first trail.

Unlike the others, the Cape Smokey Trail started out at the top and descended along the eastern coast of Ingonish to a spectacular view overlooking Middle Cape and the Keltic Lodge.

This trail also had some great views of the coastline along the way.  Talk about a great way to stretch the legs in the morning. 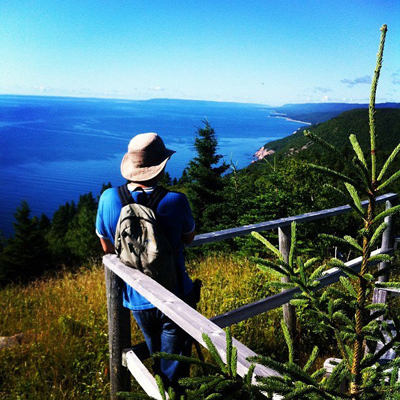 Next we drove along the Cabot Trail to Meat Cove for the 2nd peak.  Much more challenging, this was the favourite hike of our team for the variety of views once we reached the top.  Looking in any direction we took in jaw-dropping views of a beautiful and massive river valley below, the Gulf of St. Lawrence, and across the highland mountaintops to our final peak destination, Sugarloaf Mountain. 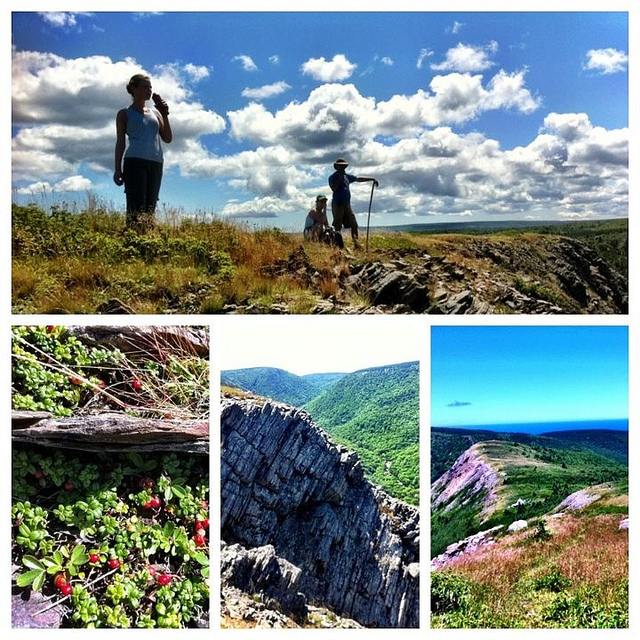 Sugarloaf leads to the single best view I have ever seen in Cape Breton.  I’ve always loved the look of this mountain from across the water on South Harbour Beach.  It’s shaped like a perfect obtuse triangle with a sharp pointy peak and really stands out along the mountain range adding some defining character to the Aspy Bay area. 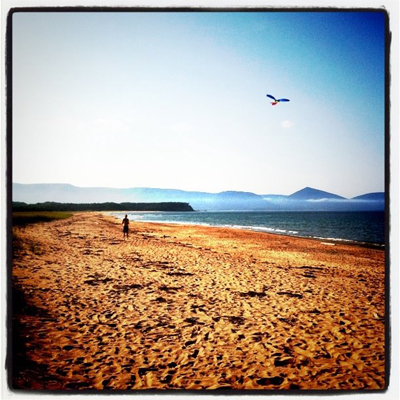 This was by far the most challenging of the 3 peaks but the view was clearly worth it.

If you are considering a nature trip to Cape Breton next year, think about coordinating it with either the 3 Peaks Challenge or any of the other Hike The Highlands events. Some great resources for your planning are the new and improved Cape Breton Highlands National Park website on hiking within park, the newly released Hiking Trails of Cape Breton 2nd Edition by Michael Haynes; and for information on parks in the highlands and in other regions of Cape Breton, check out the new Cape Breton hiking website MooseBait.  In between hikes, you will want to consult the Cape Breton Artisan Trail Map which pinpoints the studios/workshops/galleries of the island’s best artisans on and off the trail.

Editor’s Note: The 3 Peaks Challenge typically takes place in July. 2015 dates have not yet been announced but, as Mark mentioned, http://www.hikethehighlands.com/ is a great place to check. They also have snowshoe events during the winter. This piece was originally written in August 2012.