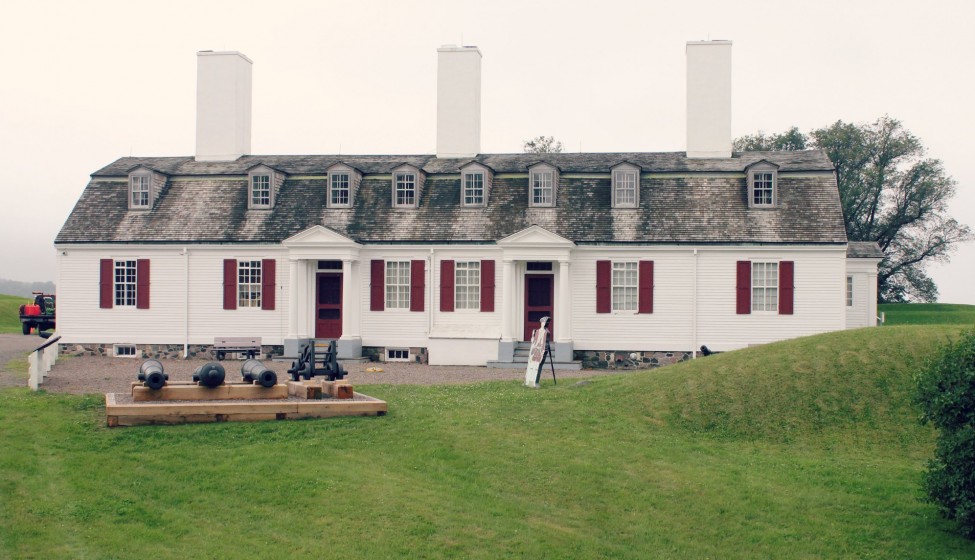 Queen Elizabeth herself hand-stitched the gold necklace on her ancestor, Anne, on the Fort Anne Heritage Tapestry. She was one of 120 contributors who stitched the more than three million points that make up the colourful art piece. 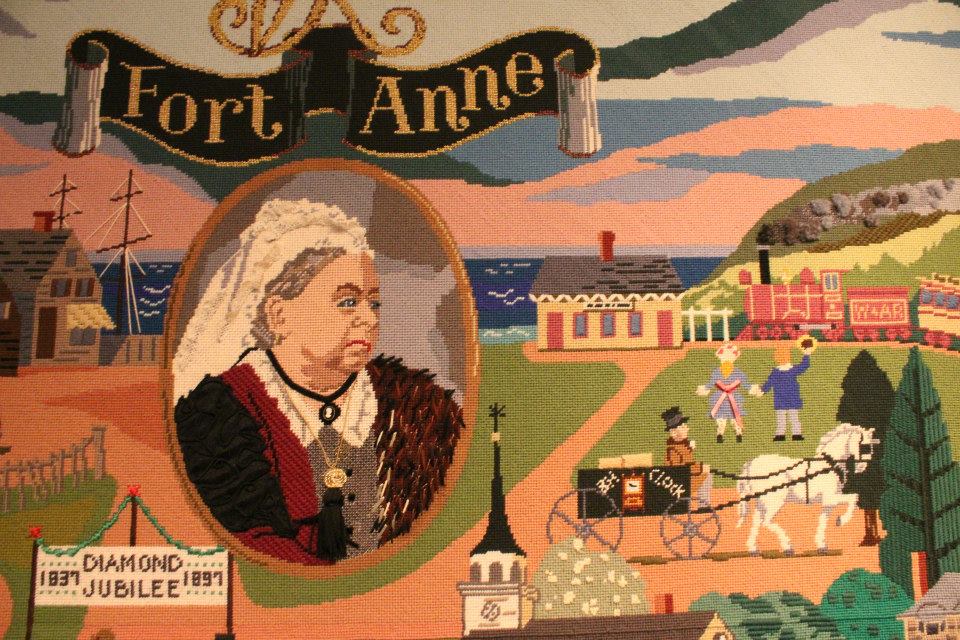 The tapestry depicts 400 years of history in Annapolis Royal. It is located inside the Officers Quarters at Fort Anne National Historic Site. It’s an appropriate place to house such a unique chronology of this area – Fort Anne, and surrounding Annapolis Royal, is the most fought over piece of land in all of Canada, with 13 battles fought on it’s soil. It’s also the first permanent European settlement in North America north of St. Augustine, Florida. Hear Amanda talk about some of the significance of this site in the short video clip below:

Annapolis Royal was settled in 1605 and was once the capitol city of Nova Scotia. It wasn’t until 1749 that Halifax took its place as our capitol. The area was settled by Pierre Dugua, Sieur de Mons, and Samuel Champlain. At that time it was known as Port Royal. 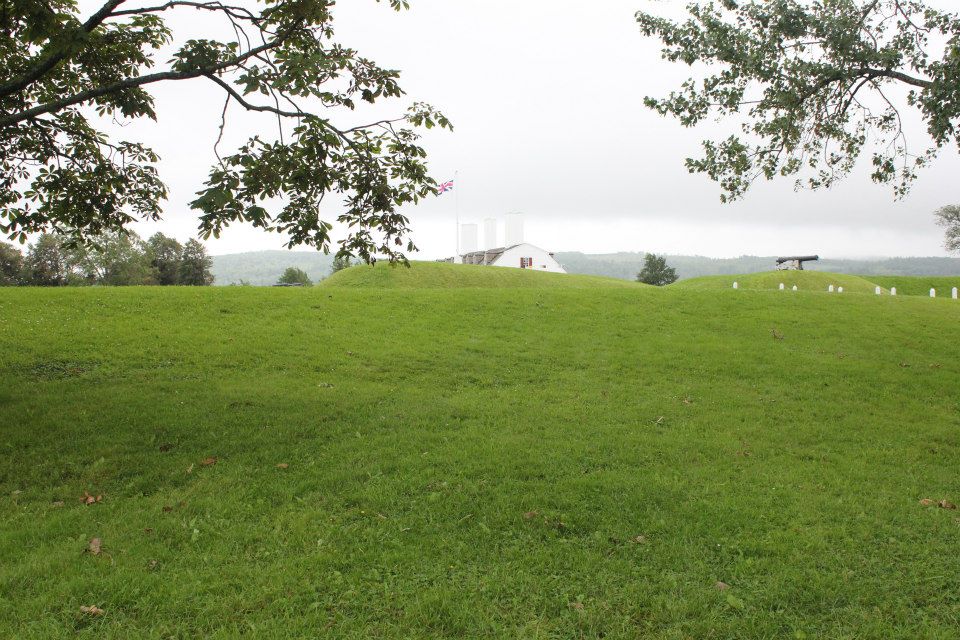 The construction of Fort Anne began in 1622.  You wouldn’t consider any of the Europeans who came to settle in Nova Scotia to be Acadians, so what is the Acadian significance of this site?

As the capital city, this would have been where the Acadians came to trade and conduct any commercial affairs.  It was also in this area that Acadians developed some of the agricultural practices that they are known for such as dyking the salt marshes. 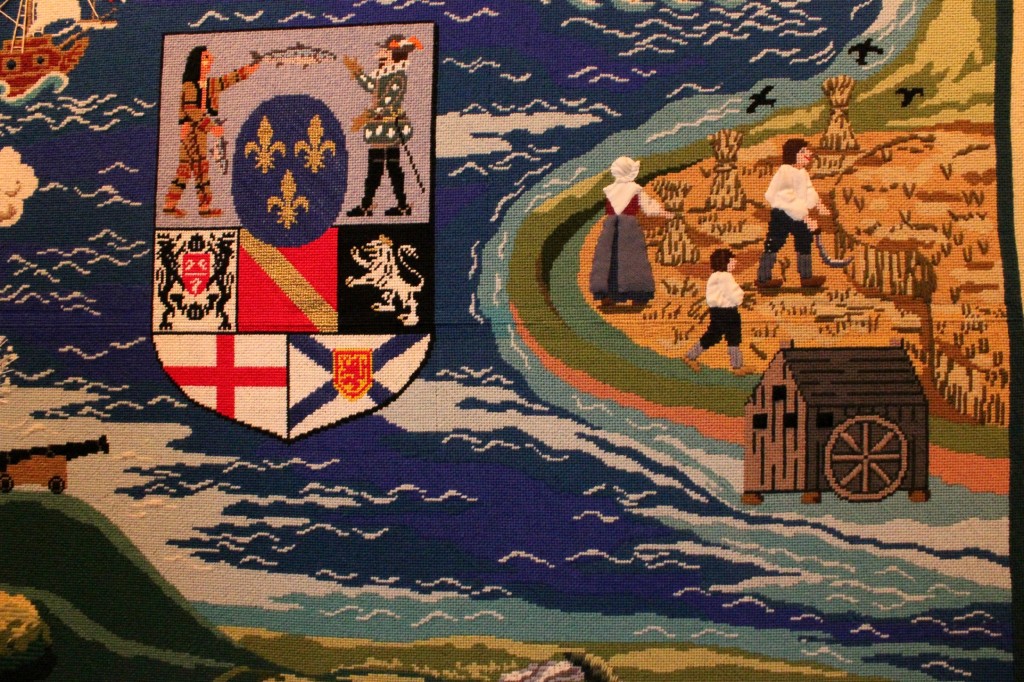 The Acadians would eventually get caught between the constant battles between the French and English. Not just in the Deportation itself, but in the battles preceding it. With each fight, Acadian homes and lands would become a casualty, with crops and homes being burnt to the ground. They were caught in the constant crossfire. 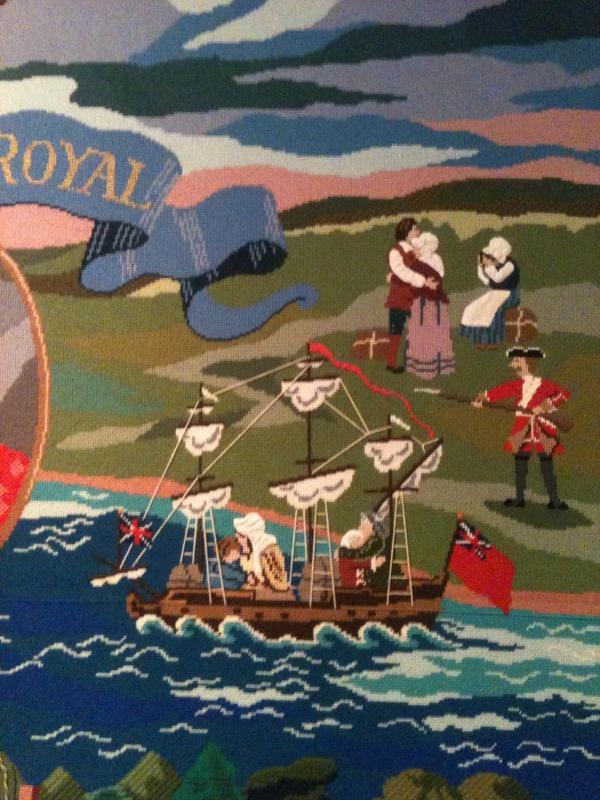 Fort Anne was Canada’s first National Historic Site. Like the Fort Anne Tapestry, it was the community that came together to create it.  In the early 1900’s, there were plans to clear the space and build a hotel. When a blockhouse, situated on the property was destroyed, the community came together to petition the preservation of the site.

We were so keen for more Fort Anne stories that we stayed around for the Annapolis Royal Candlelight Graveyard Tour, that night.  Alan Melanson led the tour, taking us on a fascinating night time journey through some of the past residents of Annapolis Royal and significant gravestones. 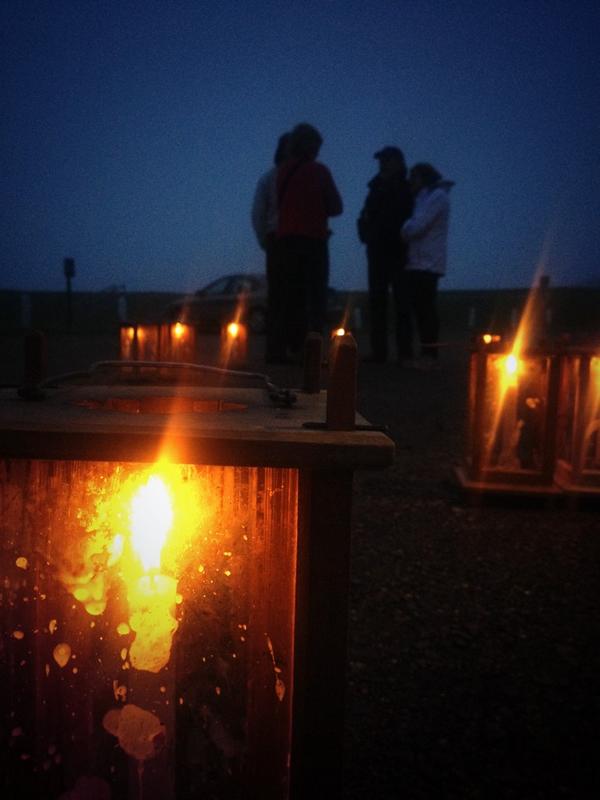 Between our day and night adventures, we learned a few other cool facts. Most of the cannons on-site at Fort Anne are not historically accurate. In 1917 they needed cannons and conducted a 1900s style Kijiji call for submissions… 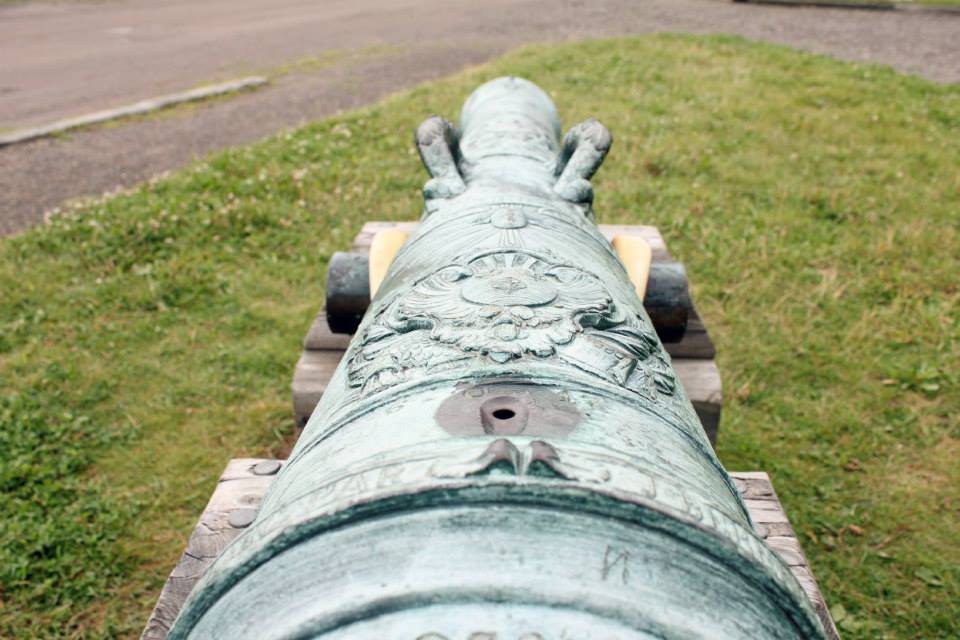 The oldest graveyard in Nova Scotia is located here… 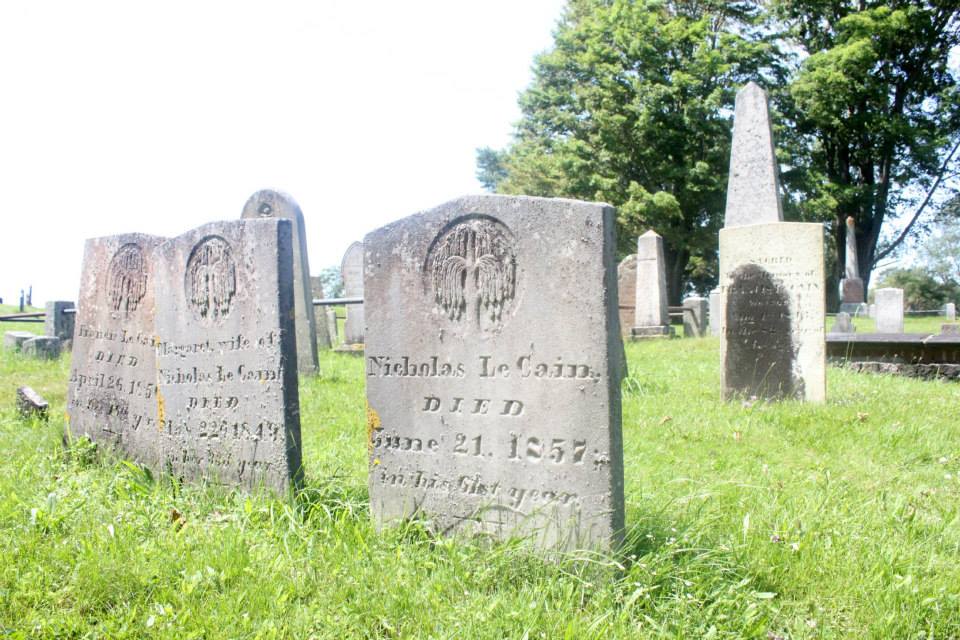 Along with the oldest gravestone (and it has a typo)…. 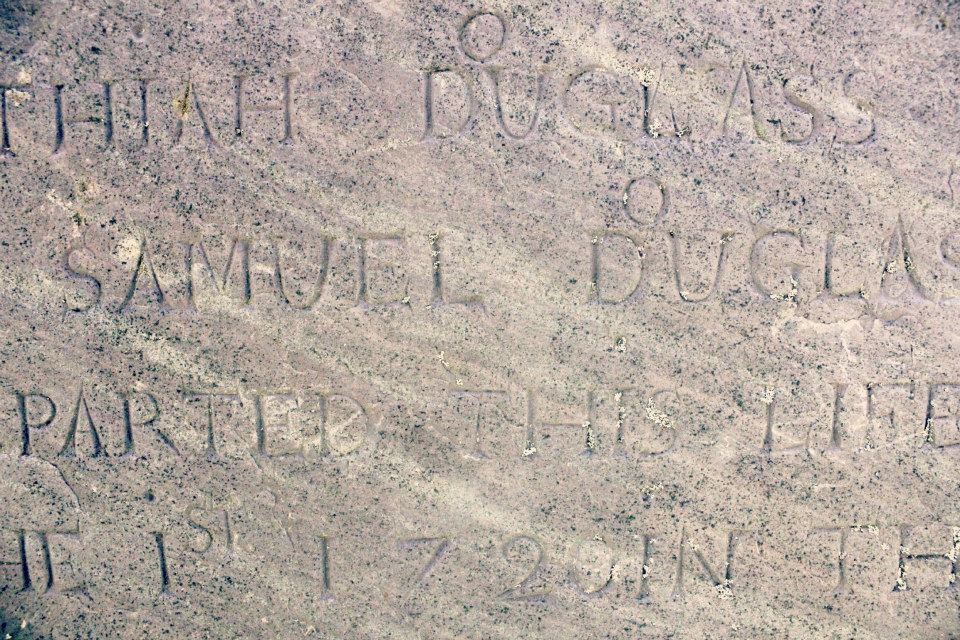