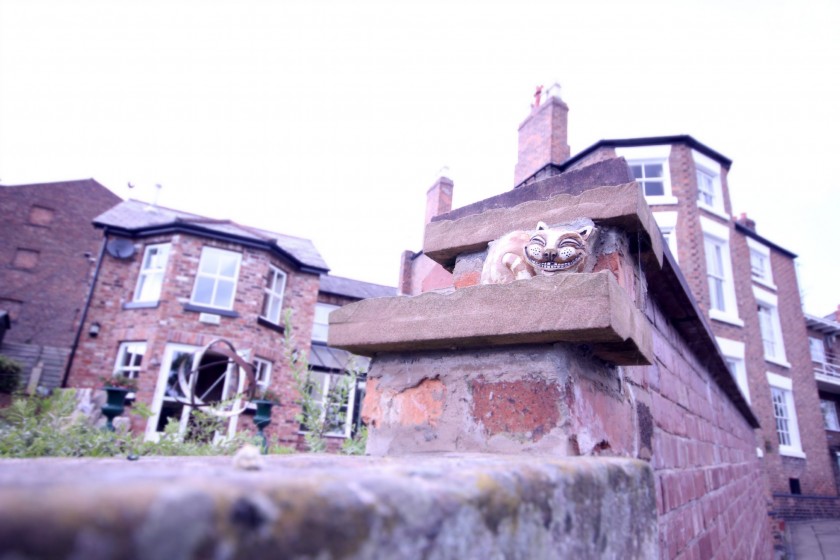 We’re on a roadtrip from Glasgow to London, seeking out little towns, history, and craft beer. To read the first in this series, click here.

Chester, situated in the northwest where England meets Wales, has both historical and family significance for me. It’s the city that my grandmother was from, and where my Dad spent much of his childhood. It was also once known as Deva, the walled Roman city that was the home of the 20th Legion before the Romans abandoned Britain in the 5th century AD. 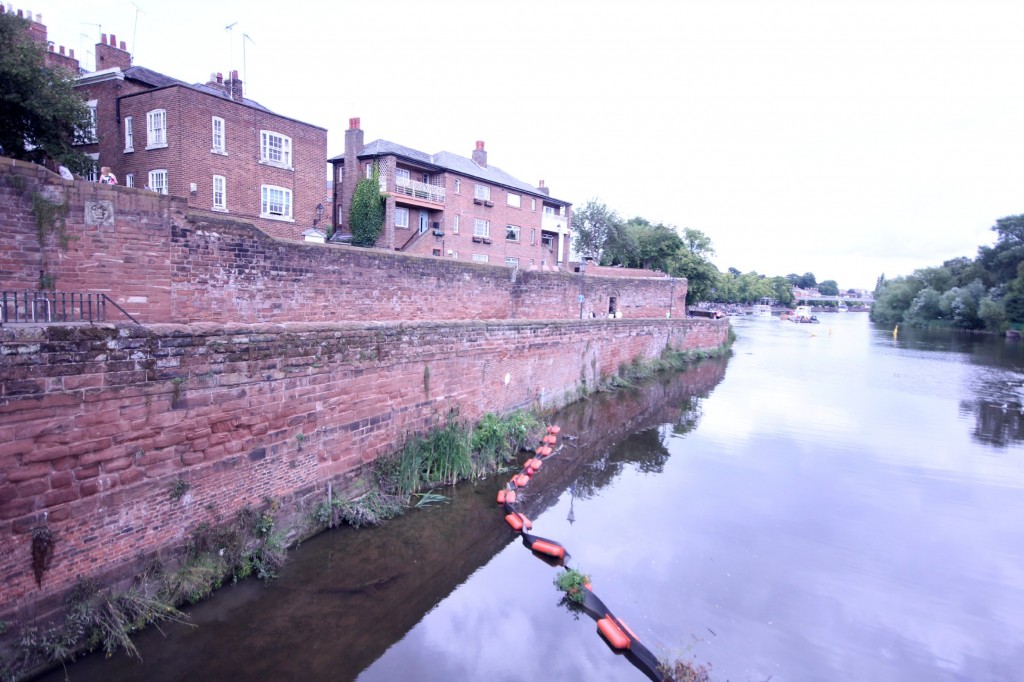 I grew up looking at many copies of a drawing of Chester’s iconic East Gate that my mother and other relatives have on their walls. I’d had walked over that gate and around Chester’s walls almost a decade ago and had been looking forward to taking Gillian there. 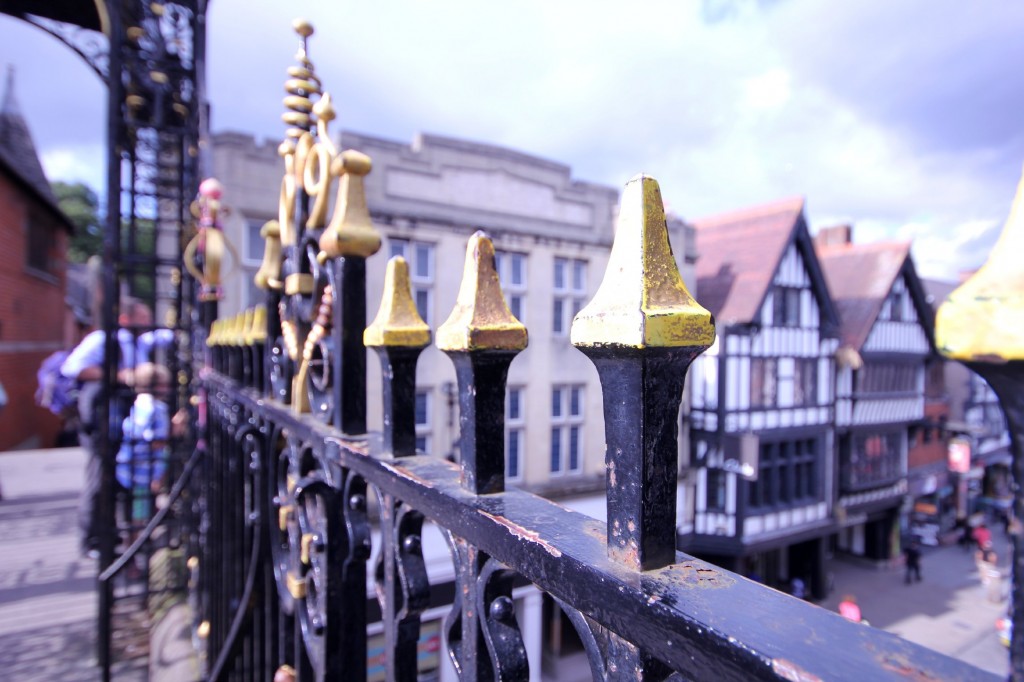 Much of the old city within the walls is not accessible by automobile so we dropped our car off in a parking garage (free after 3pm) and entered the pedestrian area on foot. We went immediately to the Visitor Information Centre to get our bearings and find out about any other attractions we should check out. 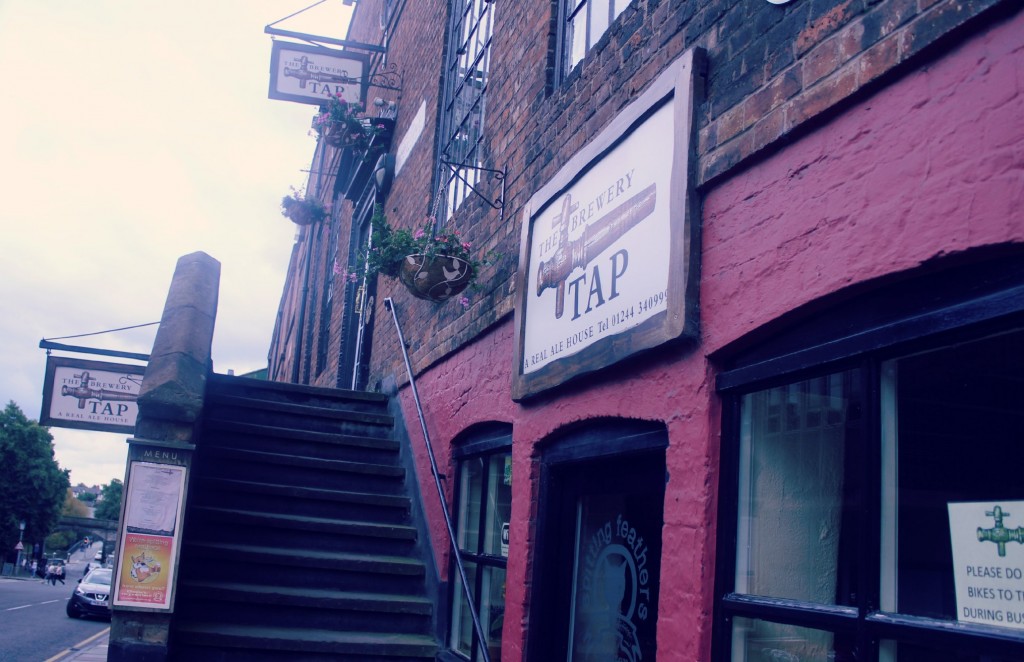 We picked up a map for a self-guided walking tour and got directions to The Brewery Tap Alehouse, a pub only a few blocks away that served Spitting Feathers ales, brewed next door. 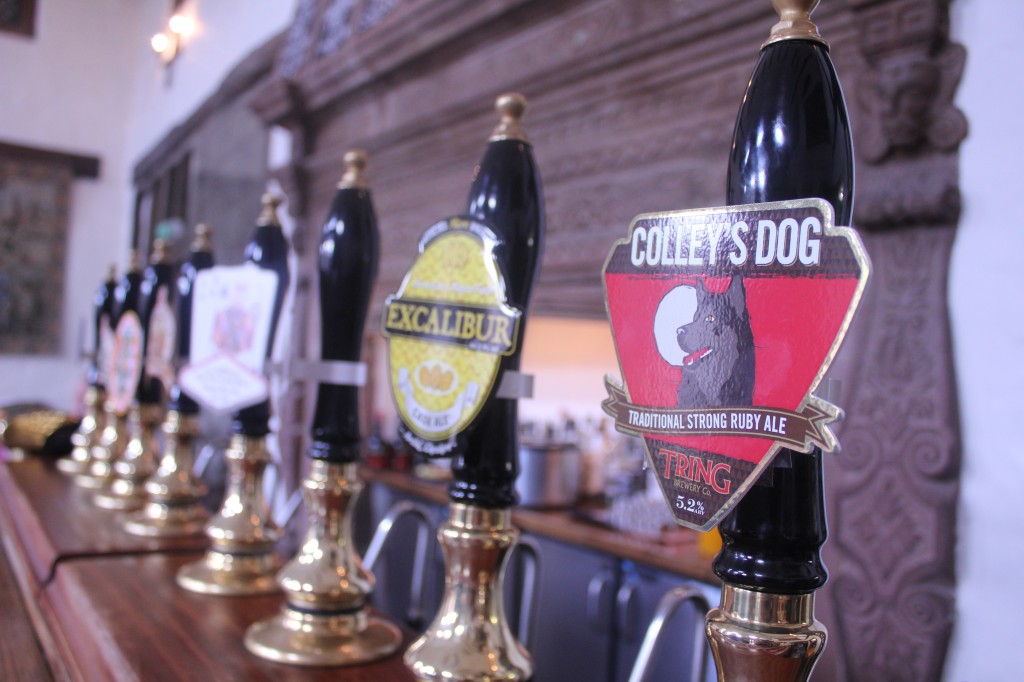 The Brewery Tap strips the pub experience down to the bare bones, real ales, good food and an environment that is meant to be conducive to lively conversation. You will find copies of several newspapers (the English love to hotly debate current affairs) and a selection of games such as dominoes and Scrabble, but you won’t find any television screens and there is no music. 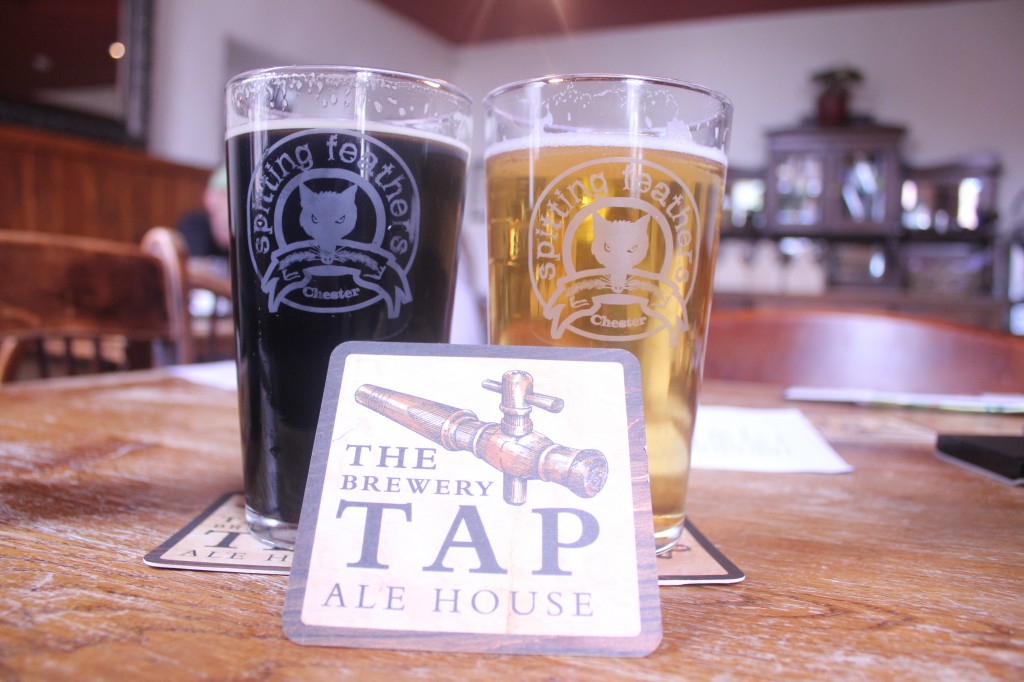 We ordered a pint of each of Spitting Feathers two ales that were on tap, Old Wavertonian, a dark stout for me, and Thirstquencher, a golden session ale for Gillian. Pints in hand we pored over the map we picked up to plan the rest of our afternoon. 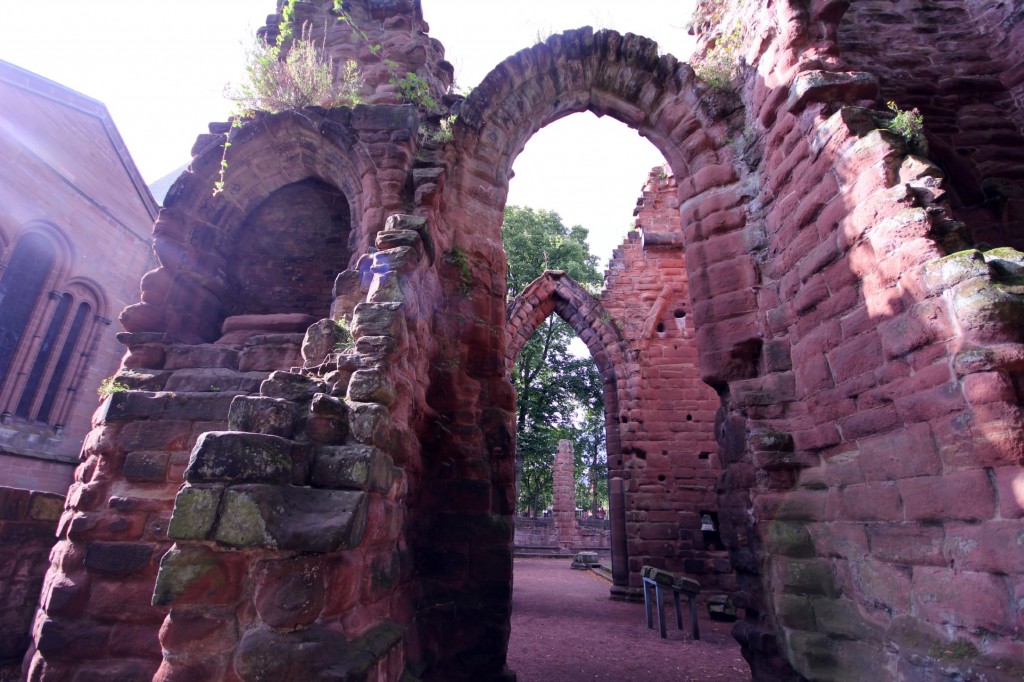 As it turned out, this really didn’t require much planning. The map featured descriptions of 58 notable sites, from Roman ruins to the gorgeous timber-framed buildings that are often featured in photos of Chester. The route suggested by the map covered a fairly small geographic area, walking in a figure-8 pattern beginning at the information centre. It should be noted that this route takes you up and down stairs for sections of the walls, as well as through some tight passes, up slopes and over cobblestones so it does present accessibility challenges. 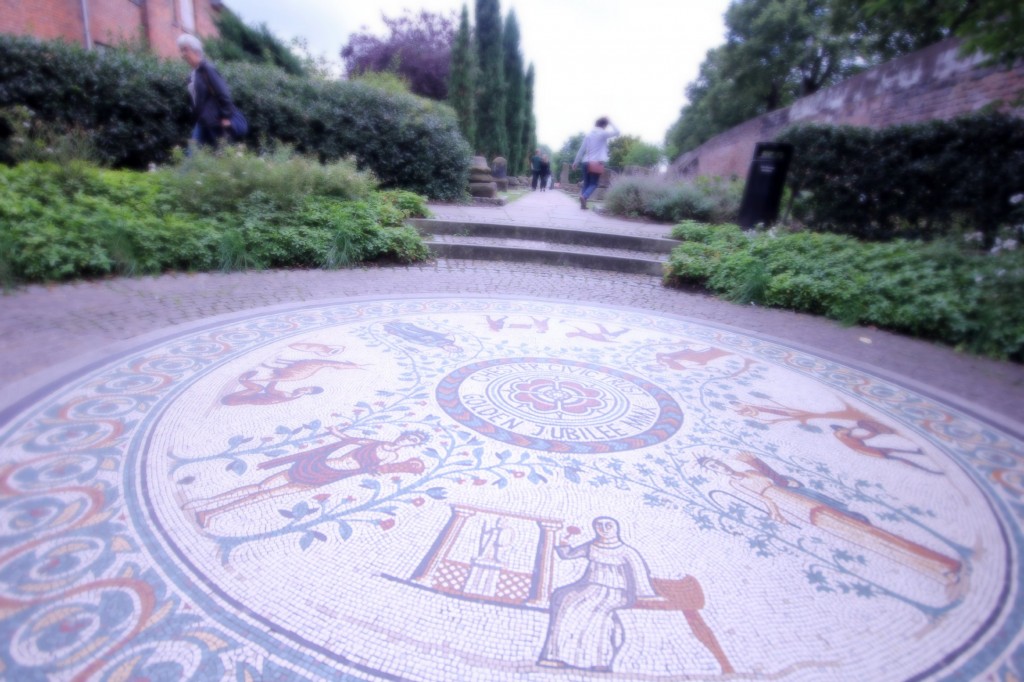 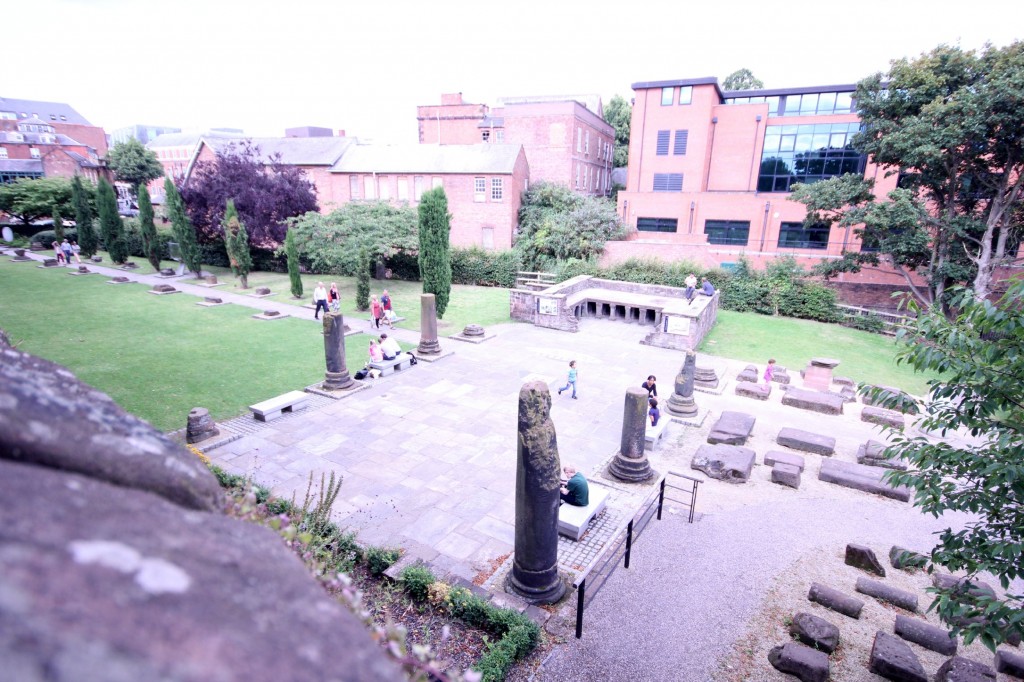 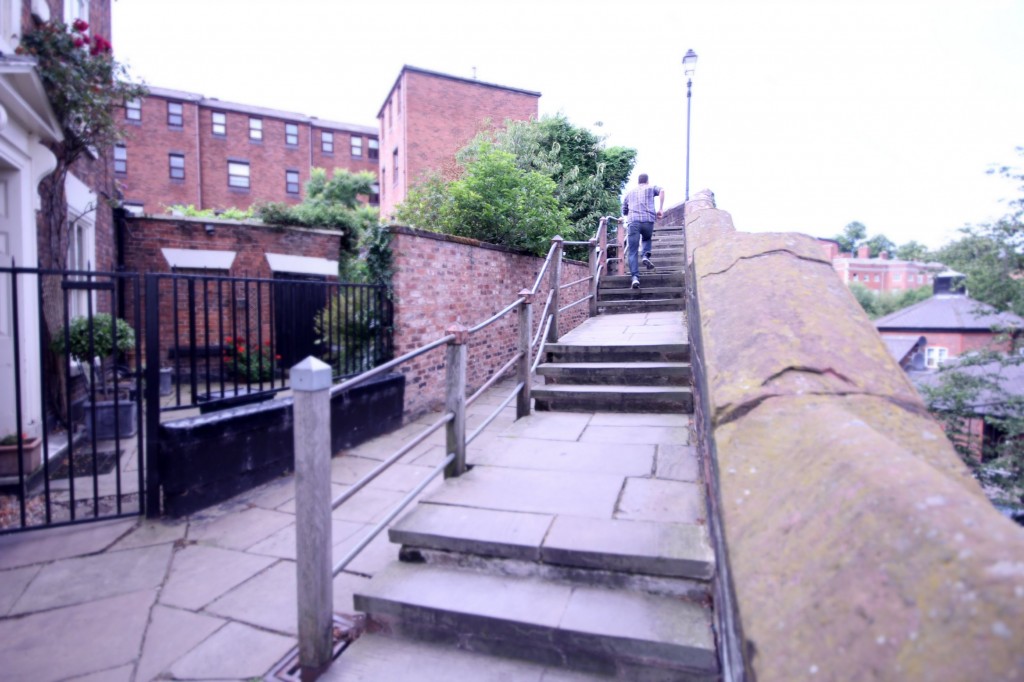 Drew runs up the wishing stairs. If you get up and back in a single breath, your wish will come true.

We thoroughly enjoyed our afternoon scavenger hunt for Chester’s historical locations, many of which you will find in the photos above and below. It took us a little under four hours to complete the walking tour, including a fair bit of time in the (free) Grosvenor Museum. You could easily spend four days taking your time to explore these sites at a more leisurely pace. 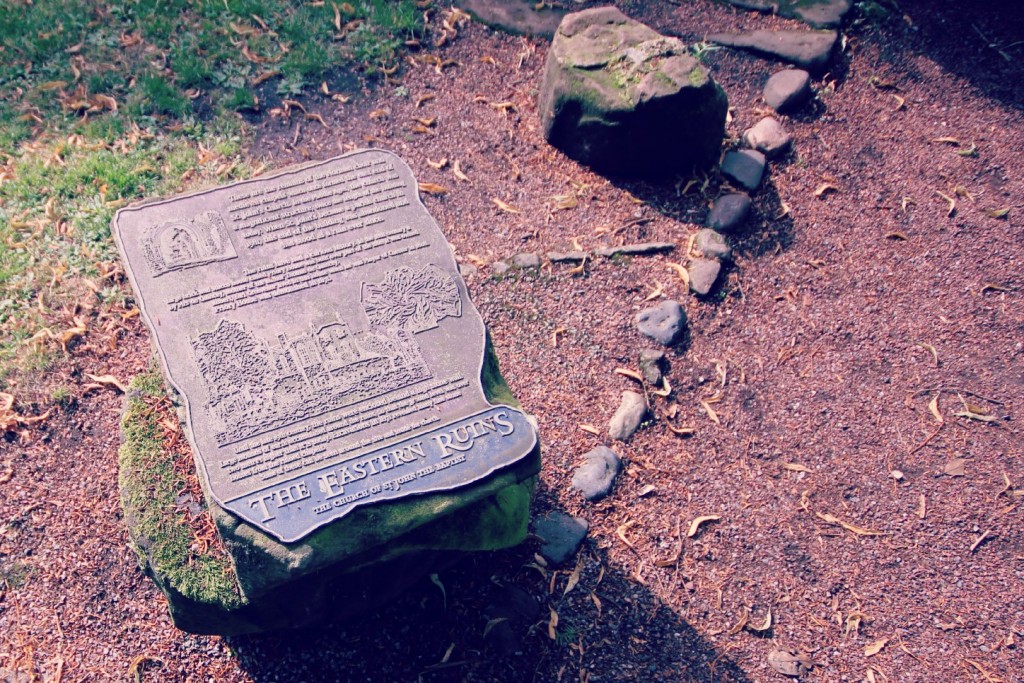 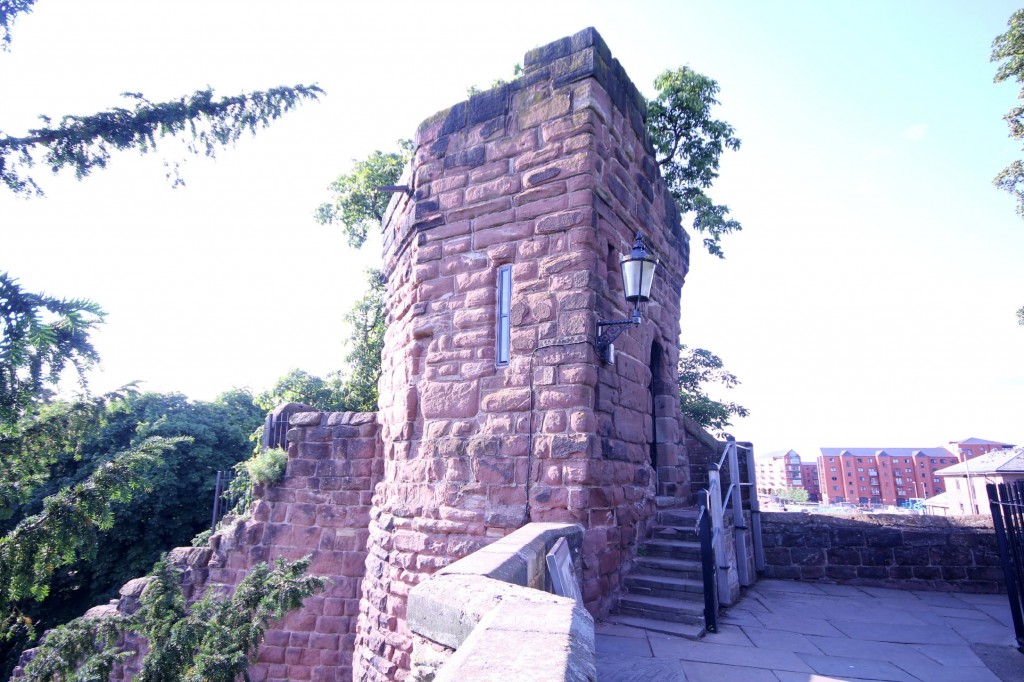 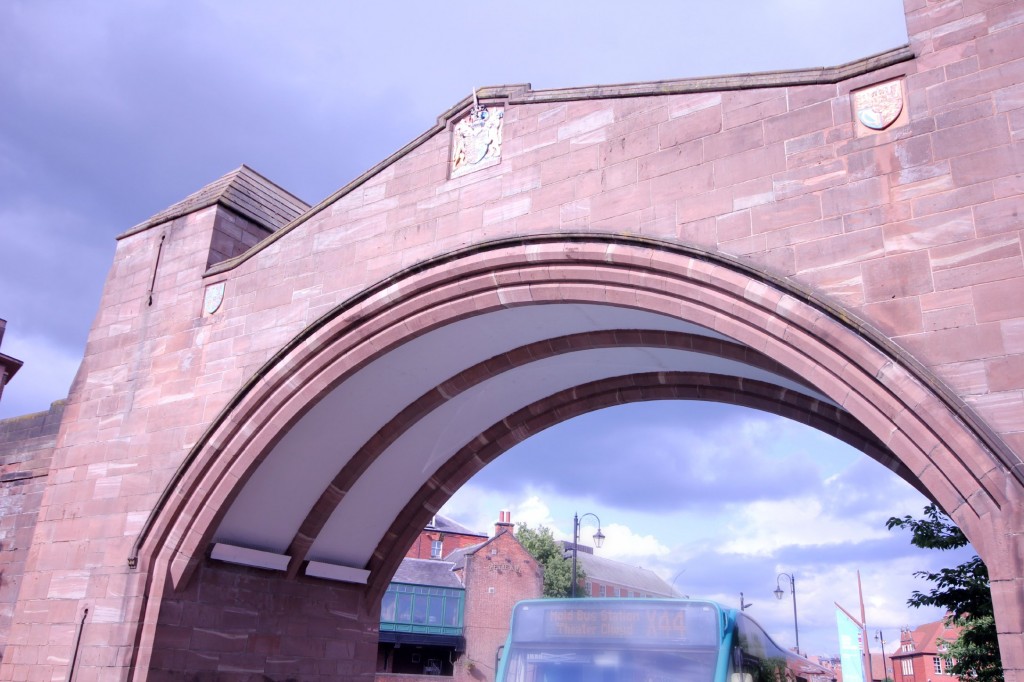 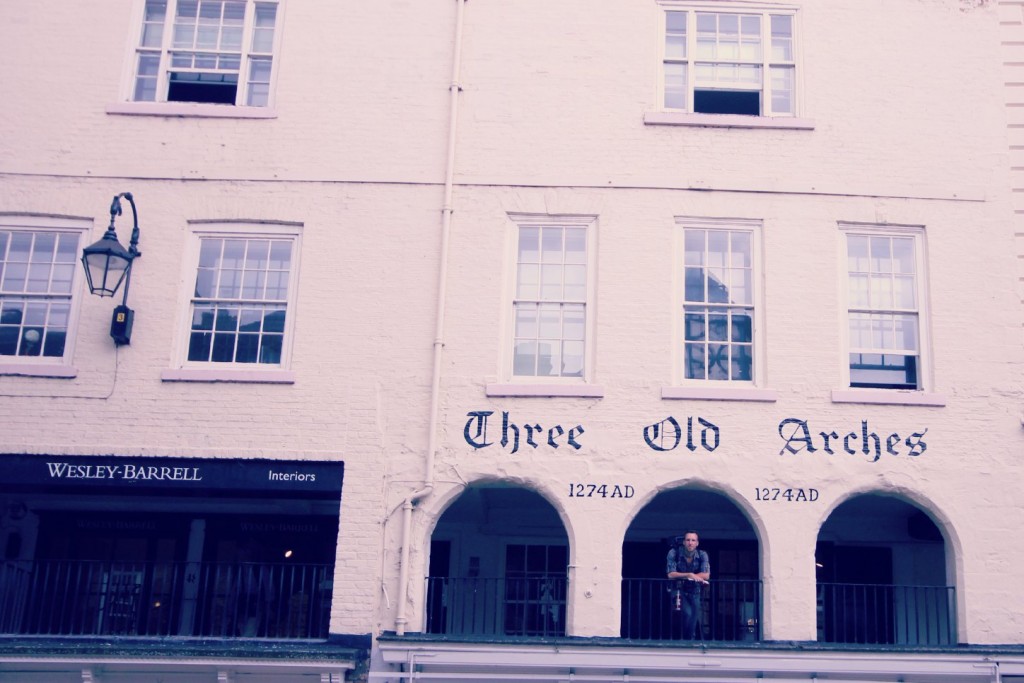 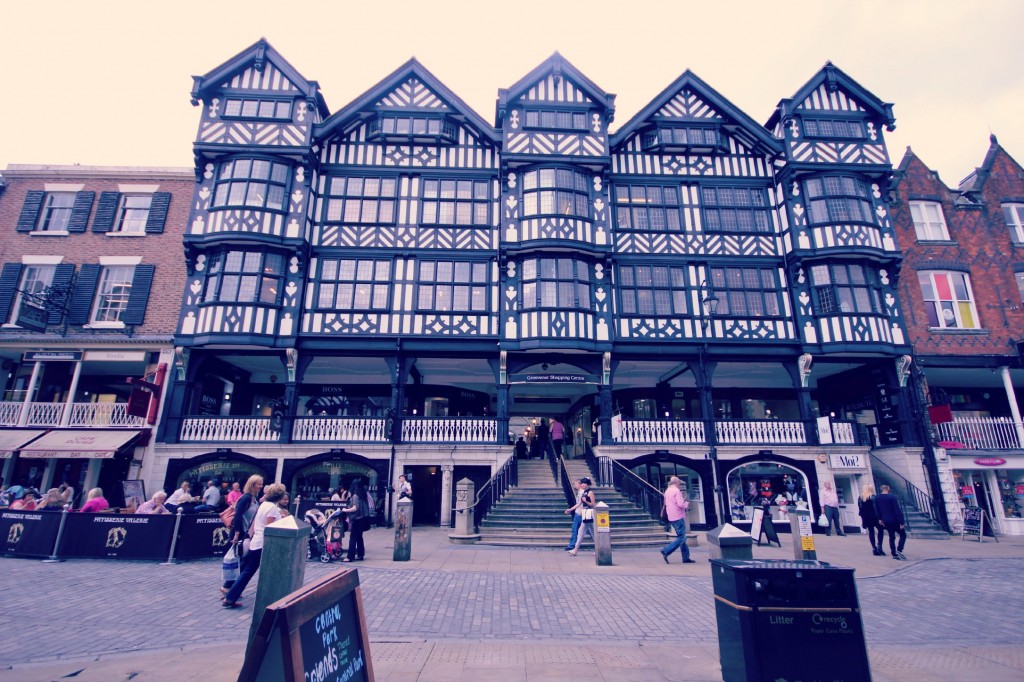 Want to read about the other stops along our UK Road Trip?
The Beginning of the UK Road Trip
Carlisle
Hesket Newmarket