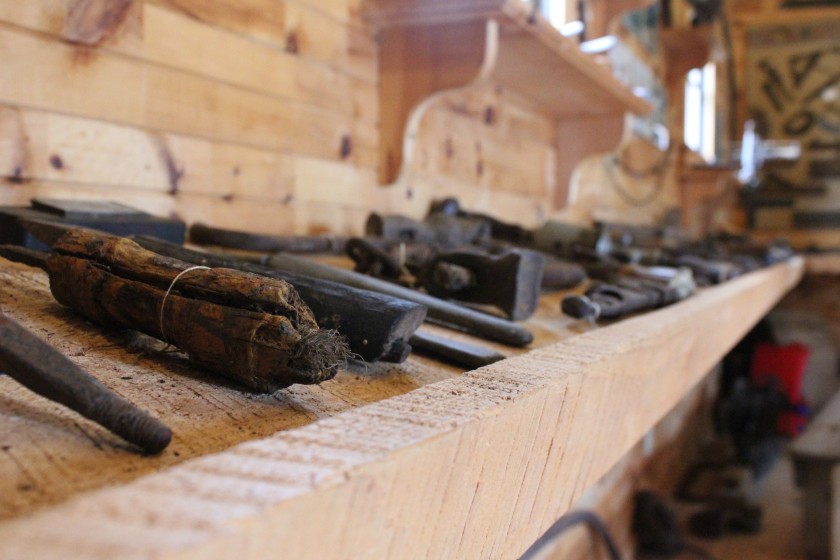 By the late 19th century, there were nearly 2000 sawmills in Nova Scotia, alone, most of them powered by a water turbine. Many of them are long gone and very few are operational, but you can find one of the last remaining water-powered saw mills in the back roads of Clare, in Bangor. 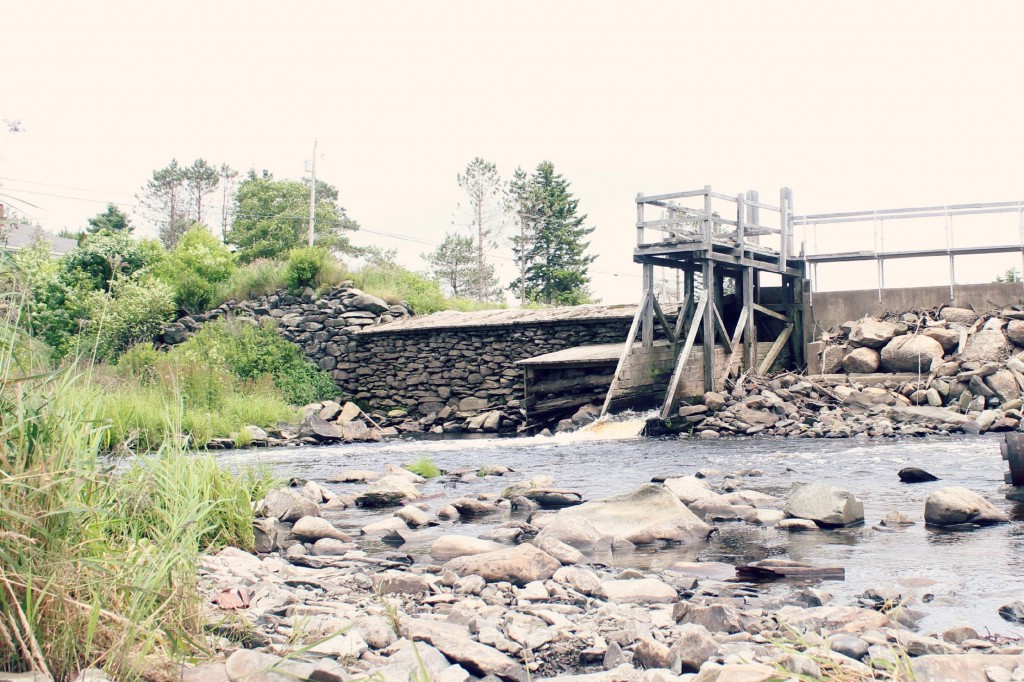 The Moulin Bangor was built during the heyday of sawmills in the late 1800s and was in operation right up until it was abandoned during the late 1900s. In danger of eventually losing the mill from neglect, neighbouring community members literally supported the mill, repairing and replacing the physical support structures.

Eventually the community was granted the mill. They registered a non-profit society to take over and operate the mill as an historic interpretive site. The tools on the display in the main building were all used here, and were donated back by neighbours for visitors to enjoy seeing and touching. 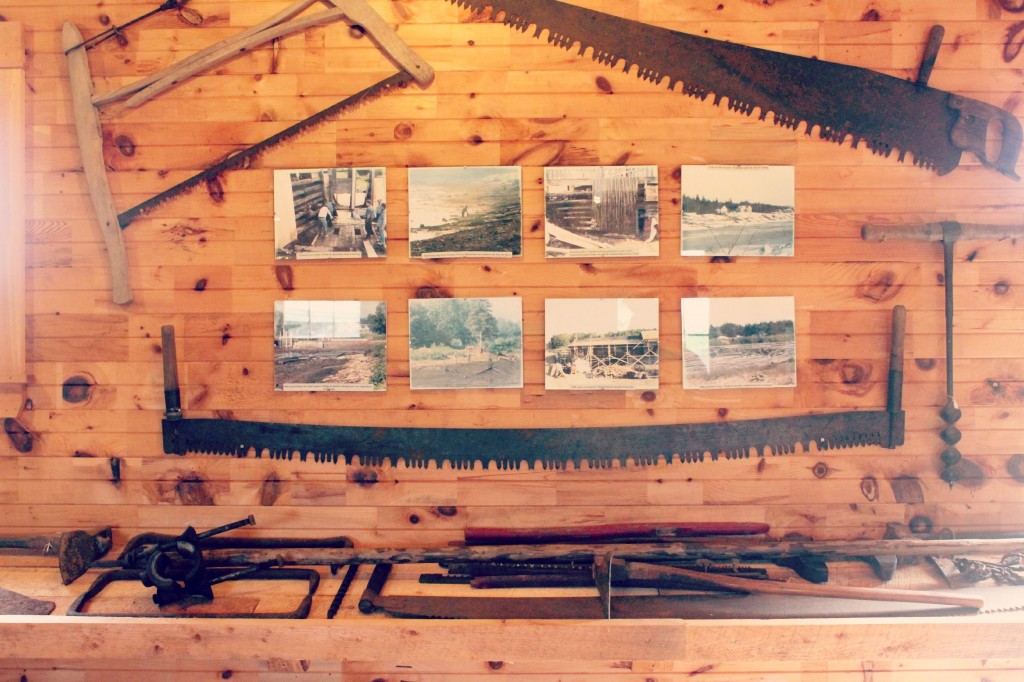 Gerald Comeau grew up a few houses away from the mill, and was one of the founding members of the society in 1993. He still volunteers his time over 20 years later, and the pride and joy he finds in the mill is evident when you speak with him. He was very happy to show us around, and to describe some of the trials and tribulations that have been survived to maintain the mill.  Click on the video below to hear him tell the story of the sawmill:

In 2010 severe flooding greatly damaged the dam, which had to be rebuilt. The turbine, known affectionately as “Little Giant” was displaced a mere inch, making it inoperational. Without water pouring through, other parts of the system rotted away. Despite one thing after another, the society has been working hard to get things back in order. All of the original equipment, the blades, the gears and the leather belts are still here, and still in perfect working condition. 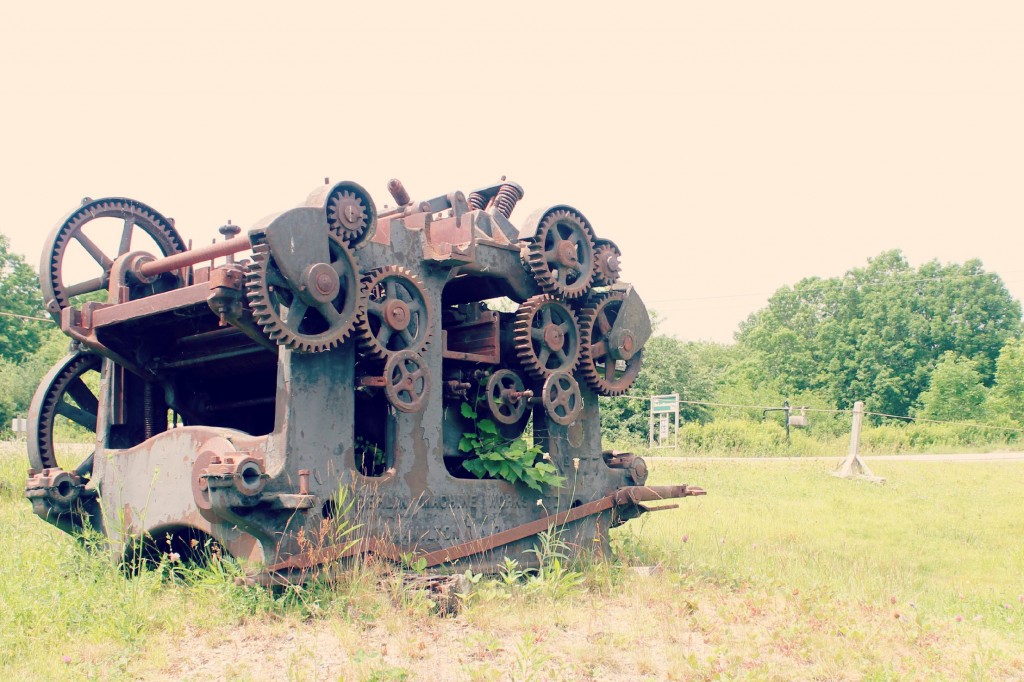 Clever government programs that provide work for EI recipients while teaching them skills like shingling have made it possible to afford the upkeep and renovations of the mill. Summer student work programs have allowed the hiring of summer interpreters to provide the history to tourists.

As of this month, July 2014, the Little Giant will be back in place, powering the large blades that mill the lumber. There are a couple picnic tables on the riverbank, so pack a picnic and take advantage of this excuse to explore some of the back roads of Clare.

This video is part of a series of adventures had along the Baie Sainte Marie. Check out more in this series below:

Thank you to Rendez-Vous de la Baie for bringing us to Clare (and making sure we had a place to rest our heads and fill our bellies). It is organizations like yours that helps us continue to tell our travel tales.