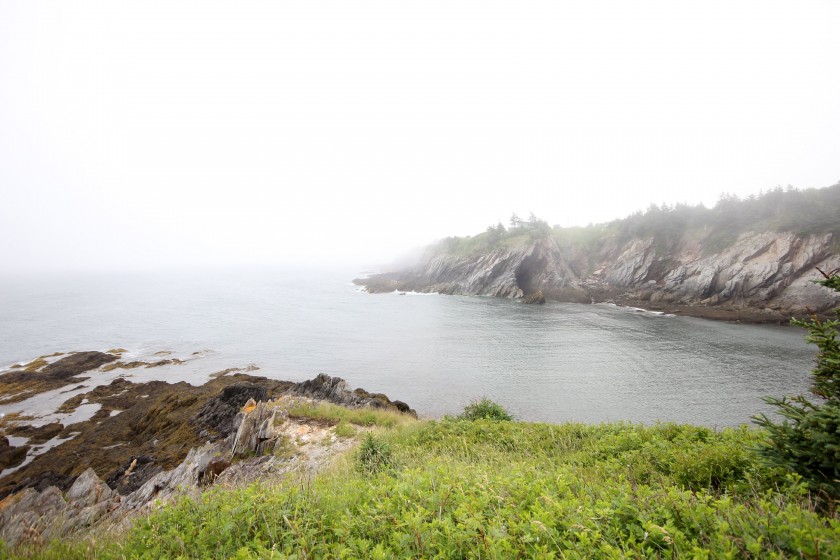 Smuggler’s Cove, much like I’d imagine is the case with some smugglers, has gone by many names. Once known as l’Anse aux Hirondelles for the many tree swallows that inhabit the cove, it is also called le Fourneau by locals and is officially registered as Comeau Cove, because, well, there are a lot of Comeaus in Clare. 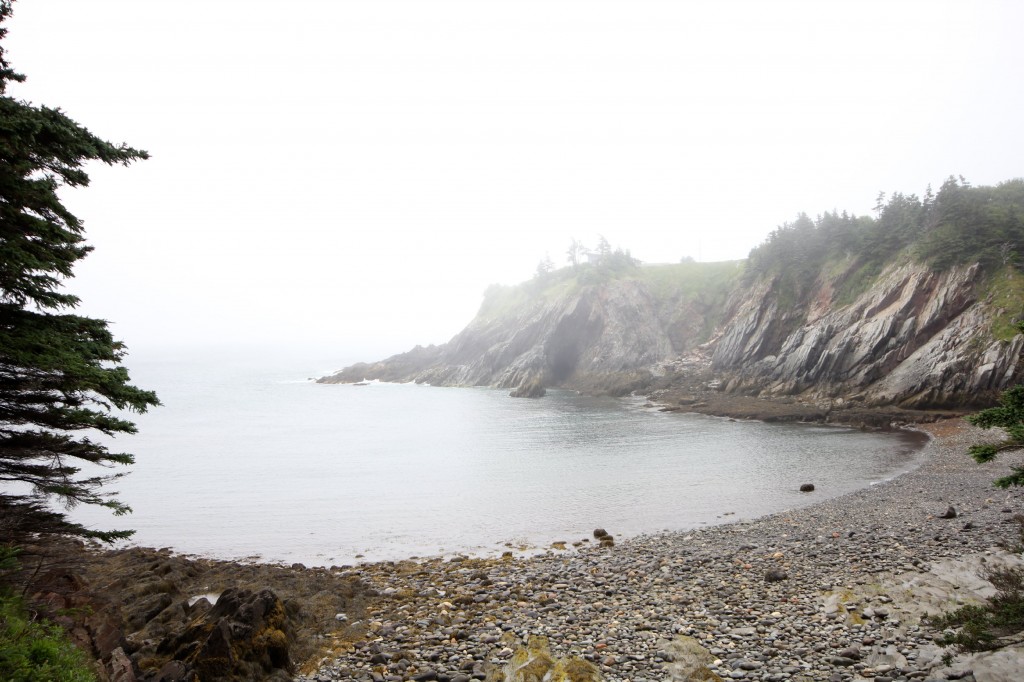 But, this little inlet in Meteghan has been known as Smuggler’s Cove for almost a century, going back to American prohibition times. According to local legend, rum runners took advantage of the natural cave hidden along the rocky coast, hiding their contraband when they could walk into the cave at low tide.

The day we visited was as a hurricane was barreling up the eastern seaboard, so the fog (“la brume” in French), was rolling in, in thick banks. We were delighted to imagine that it would’ve been the perfect cover for some illicit coastal activities. 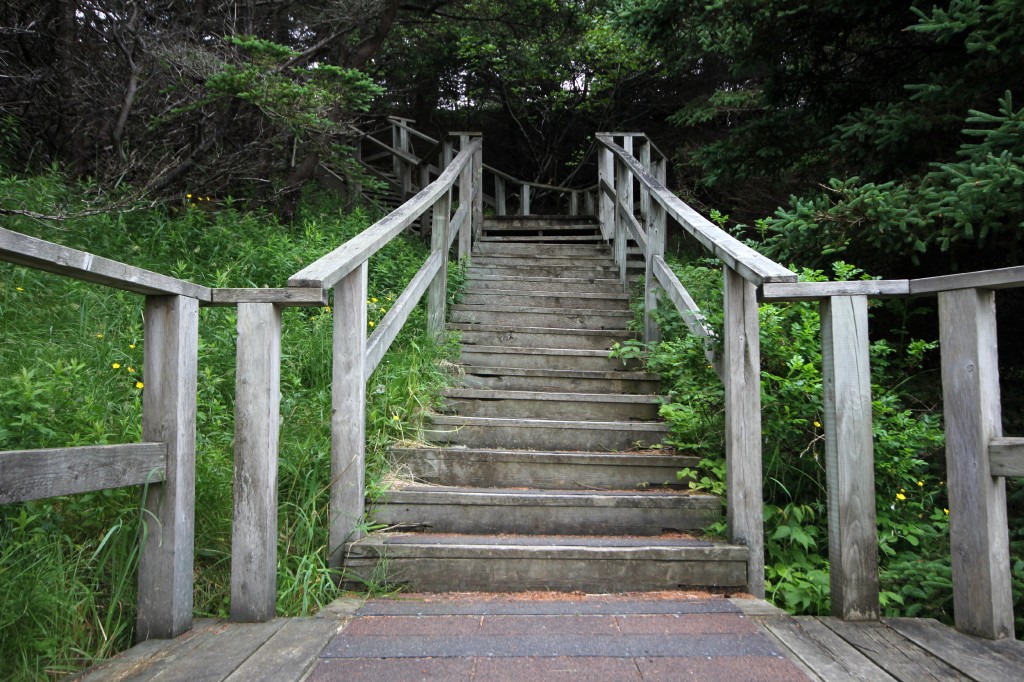 Today the area is a provincial park, with picnic tables, outhouses and water taps. There are short, well-kept trails along the top of the cliff, info boards with tidbits about the history and fauna of the cove and steps that get you down closer to the water. Due to erosion, the bottom of the steps have been blocked off, but you can still appreciate the beautiful views of the cave and the Baie Sainte-Marie from above.

This video is part of a series of adventures had along the Baie Sainte Marie. Check out more in this series below:

Thank you to Rendez-Vous de la Baie for bringing us to Clare (and making sure we had a place to rest our heads and fill our bellies). It is organizations like yours that helps us continue to tell our travel tales.