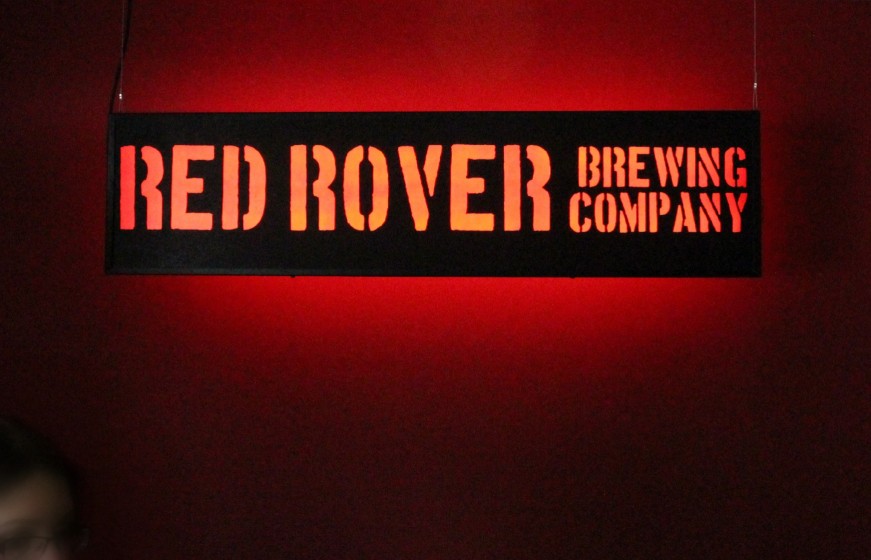 “I started a cider house because I don’t like drinking beer.”

Nicola shows us around Red Rover Cider House. It is a hot, sunny Saturday, one of the first of the season. Neither Drew or I are big cider drinkers, but with the suddenly sunny weather, cider is starting to sound pretty good.

And with the first sip, Nicola is quickly erasing our cider pre-conceptions. Seven years ago, Nicola moved from West Yorkshire to Fredericton with her partner Adam Clawson.  Adam went to study and work at UNB. Nicola worked for the Department of Agriculture before taking a job at Picaroons

The pair started making plans for Red Rover three years ago. Neither had formal training in brewing but between experience gained at work, research, and a lot of trial and error, the two learned quickly.

They also had help from Picaroons. They offered advice and support, and even sold them the tanks they’re currently using.

“Picaroons has been great to us. Everyone here is very much about helping out their neighbours,” Nicola says. Red Rover has three types of cider on tap. We start with the ‘Spring’, a light, crisp, not-too-sweet and very refreshing cider. From there, we move to the ‘Summer’, a dryer cider with a bit more acidity that’s even more refreshing on this hot spring day.

The third is their spiced ‘Fall’ cider, the most unique of the three, with notes of cinnamon that pulls up memories of the first cool evenings in September. We were surprised with the range of tastes, but the three only scratch the surface of what Adam and Nicola have planned.

“I am playing around with a Weiss* cider based on the flavours of a Belgium beer that has notes of cilantro and citrus. I’m also hoping to do a rhubarb apple cider soon.”

Red Rover Cider House is in Fredericton, tucked away behind another set of buildings just five minutes from the downtown.  Adam and Nicola do everything themselves – from brewing to  tap sales to running the storefront, all while both still working full-time.  So for now, the Cider House is only open a few hours a week. If you can’t make it to the cider house during opening hours, you can get Red Rover on tap in Fredericton at King Street Ale House, Relish Uptown, Isaac’s Way and the Windsor Castle Bar. You can also get some in Moncton at the Tide & Boar or in Sackville at Ducky’s Pub. Nicola tells us there are even more locations coming soon.

We leave with a bottle of their Spring Cider, and with fingers crossed that one of those ‘coming soon’ locations might find a tap near us.

*Weiss is a Beligan beer style. It is also sometimes referred to as a Wit or Wheat Beer.