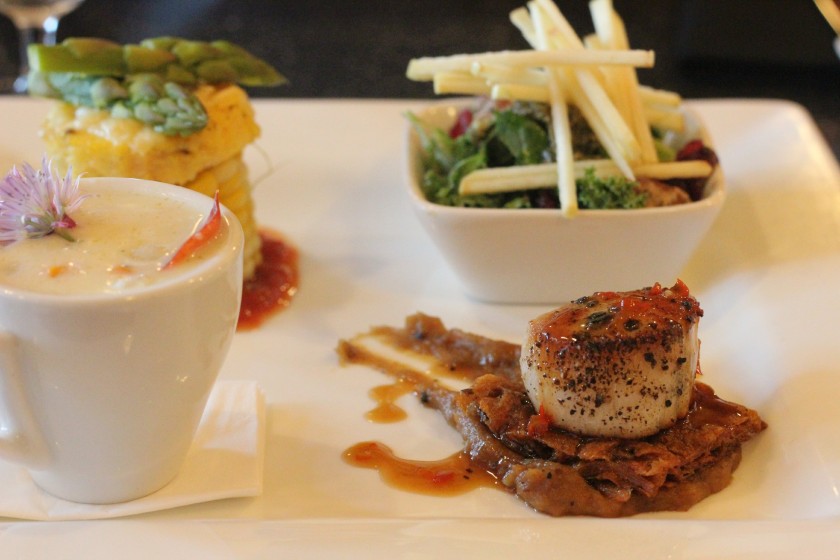 “Wine has a way of clarifying things.”

We are sitting around a candlelit table at the end of a full day of adventures as David tells us a story of how he and his wife came to own a restaurant. 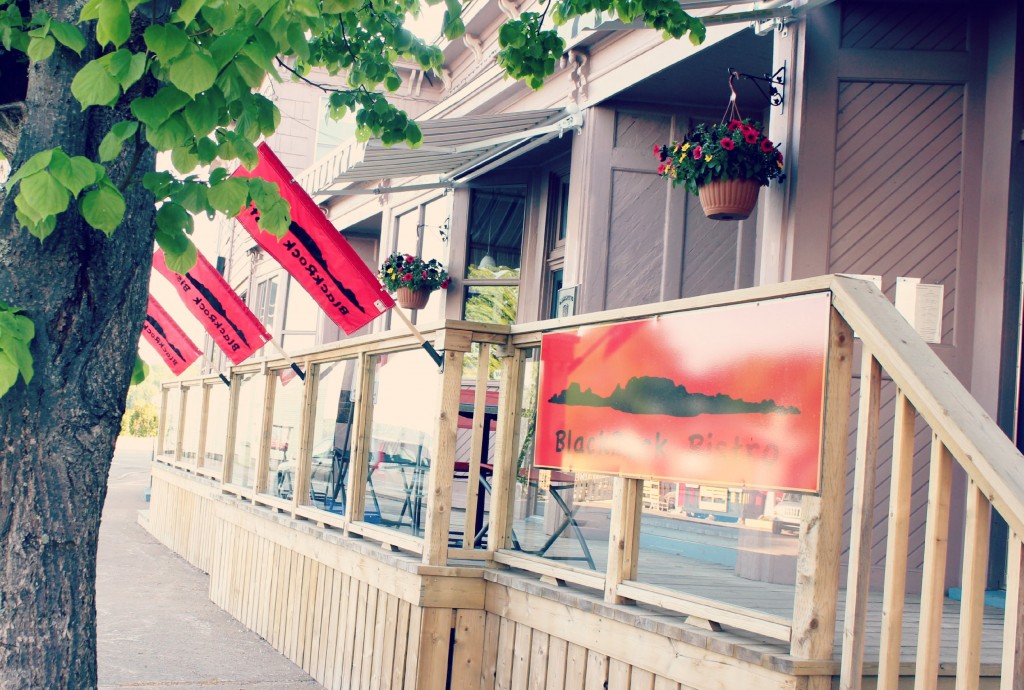 BlackRock Bistro is a 45-seat restaurant and wine bar in Parrsboro, the result of David and Lori’s ‘Wine Clarity’. They opened in July 2013.

“We were never interested in the restaurant business. It wasn’t in our life plan,” David says.

But when a town favourite, Bare Bones Bistro, closed down a few years ago, David and Lori started dreaming of a place where they and their friends could gather for wine and fresh, local food. And after a bottle (or two) of wine, the decision was made. 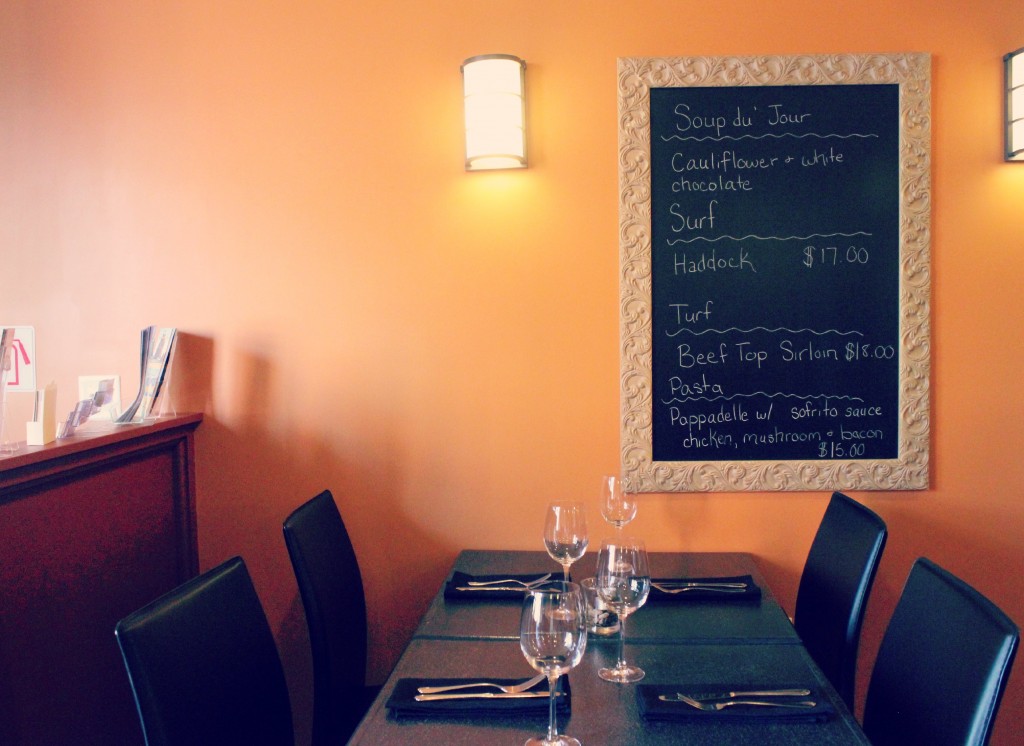 BlackRock Bistro has a short menu rich with local products. In fact, just one table over sits three local organic farmers from nearby BroadFork Farm, one of BlackRock’s suppliers.

David leaves us to browse the menu and is soon replaced by Michael, the chef at BlackRock. Though he’s just 23 years old, Michael has put together a well-edited menu.

There is a seafood chowder and a soup of the day, a treasure salad topped with fresh apples and masala spiced nuts, a seasonal risotto made with cheese from That Dutchman’s farm (just 30 minutes away), and regularly rotating surf and turf items like tonight’s caught-fresh-this-morning blackened haddock. 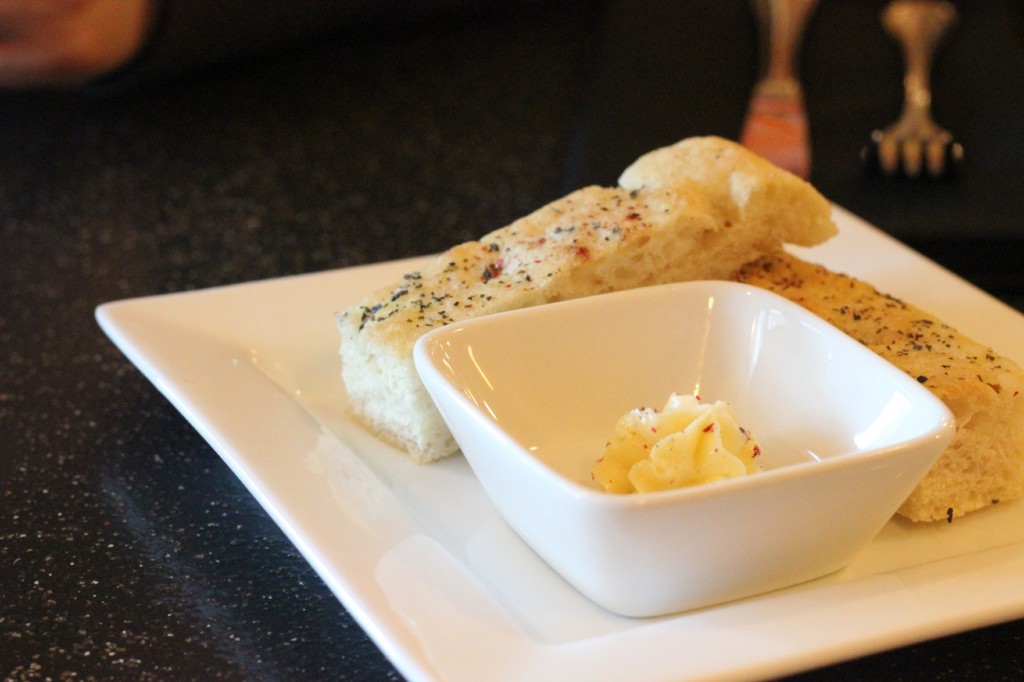 I can’t decide, so I opt for the Carte Blanche, their nightly ‘let the chef decide what’s best’ option.

And he decides well. A large plate with four small servings appears in front of me. I start with the black lava scallop, never one to save the best for last.  The Advocate Harbour morsel sits atop a potato roastie that’s been crisped with marrow and placed on an onion puree. 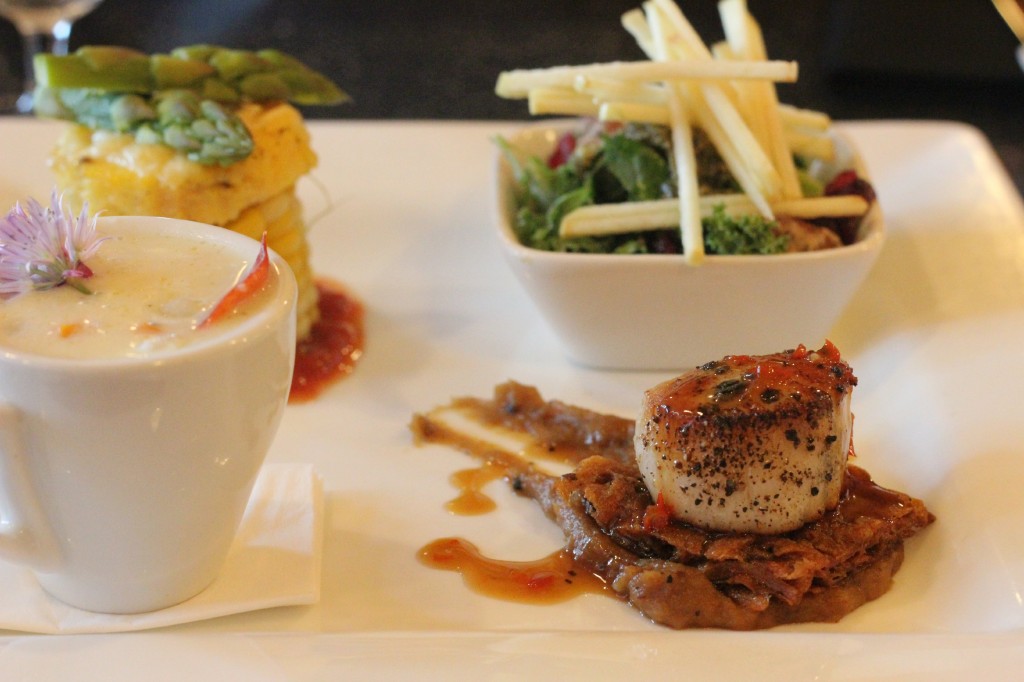 The chowder is next on my list. The broth is a little bland but there is a full claw of lobster in my little serving cup. From there, I dig into the salad. The masala nuts contrasted with the antipesto dressing is delightful. I consider asking for a bag of just the nuts to take on the road. 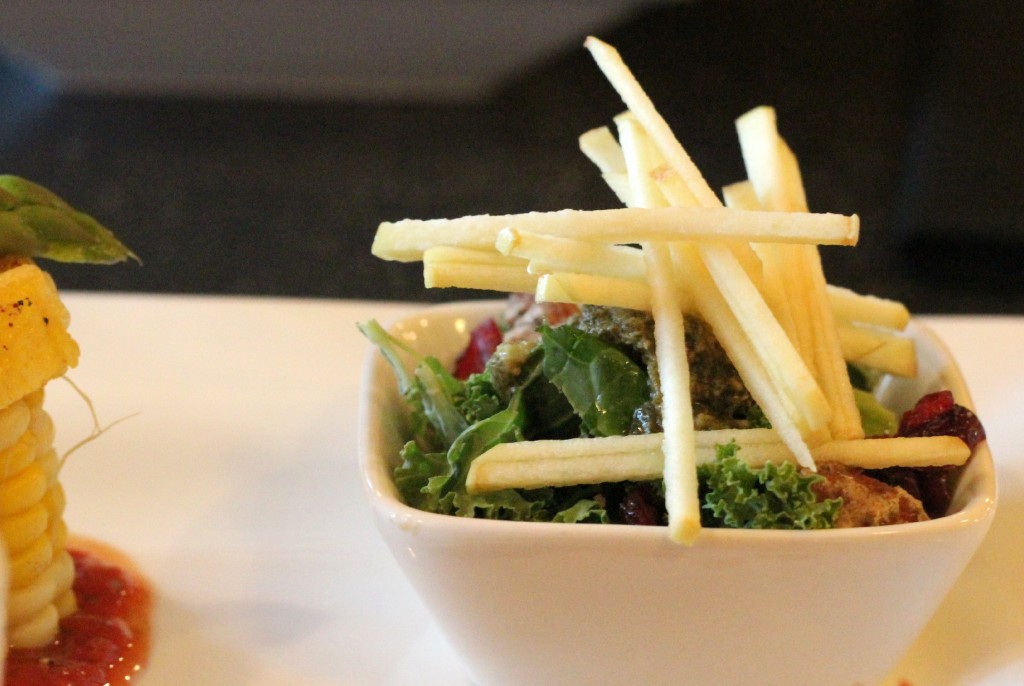 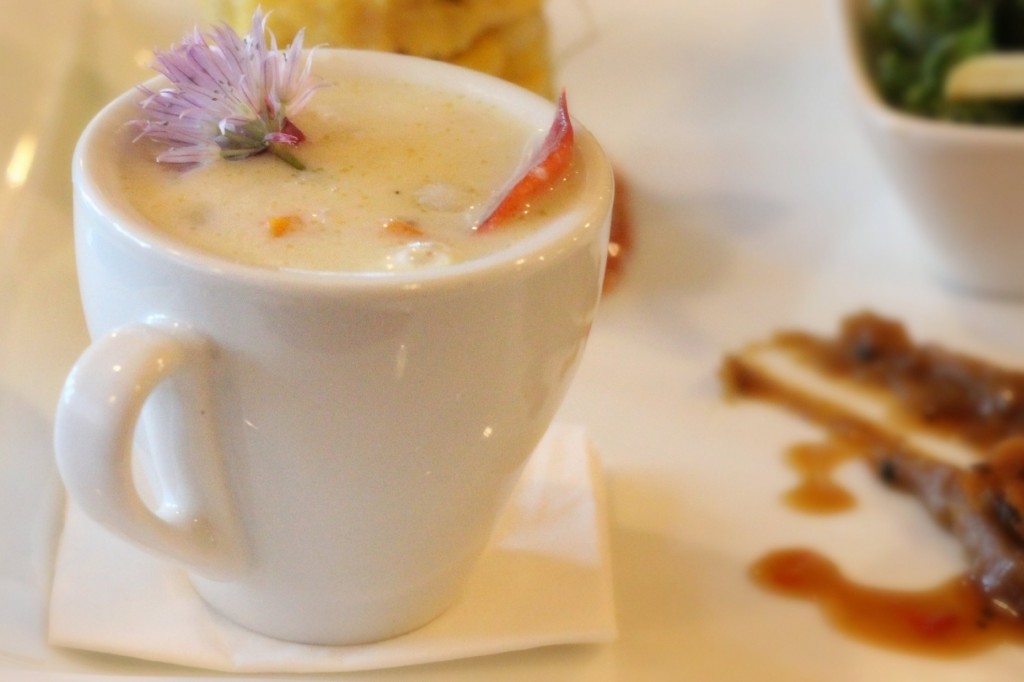 While I chew, I ponder how to eat the last item on my plate, a piece of corn on the cob topped with a cheesy polenta cake and asparagus. At the suggestion of my tablemate, I bite along one side, getting a little of everything all at once, though not with much grace.

I’m still hungry, so I go for dessert, a flourless chocolate cake with caramel and Chantilly cream. It is thick and heavy and rich with chocolate, my favourite part of the meal. 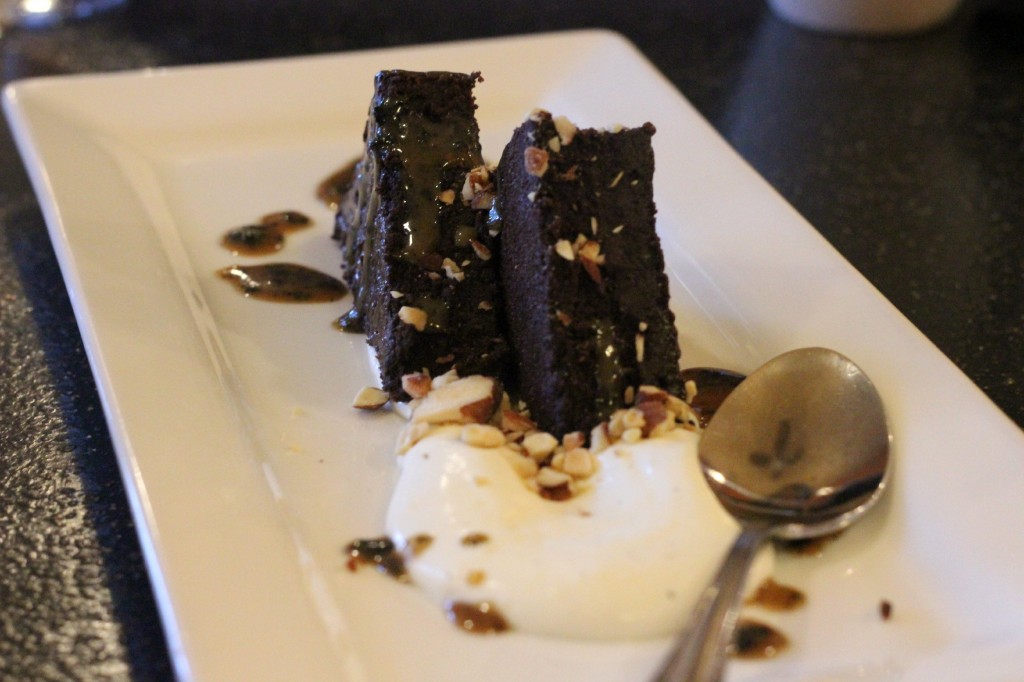 BlackRock Bistro is a seasonal restaurant. They open late May and start limited hours come October. In two weeks time, they’ll officially open their wine bar, which will feature a mix of local wine and international organic wine. 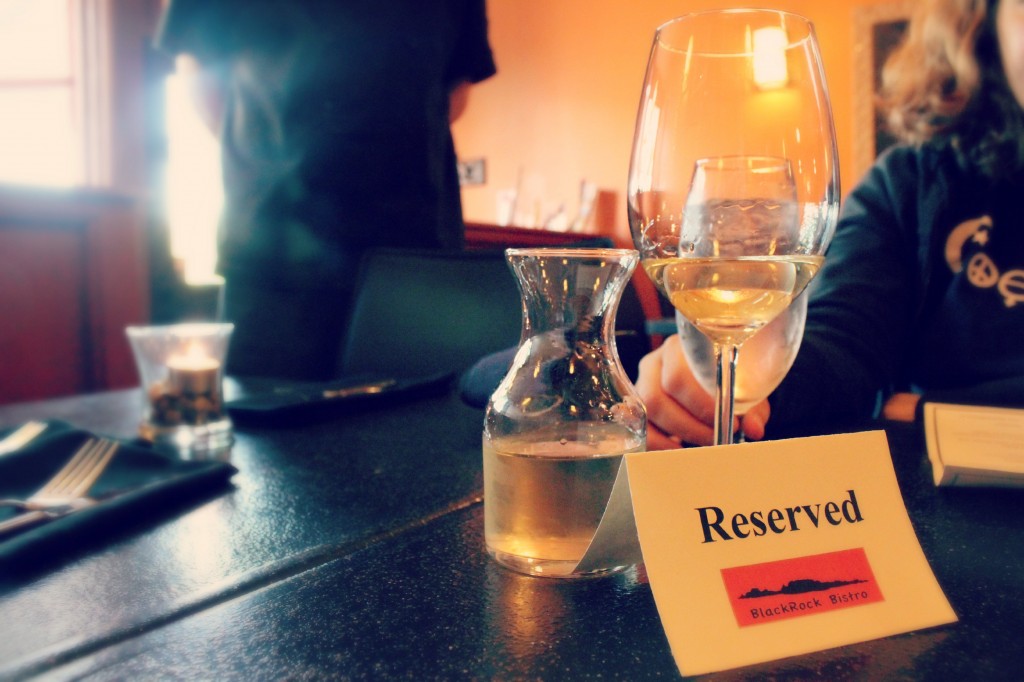 The wine bar will open Thursdays through Saturdays until 10.

“It won’t be a late night party spot, just a nice place to share a glass of wine with friends.”

And maybe a place to have a little ‘wine clarity’ of your own.

This trip is part of our #NSJoyRide series. We went on an epic road trip along Nova Scotia’s Bay of Fundy thanks to the fine folks at Nova Scotia Tourism. They covered the costs of our week-long road trip.  We hope you love following our tidal adventures. Check out more in this series here: