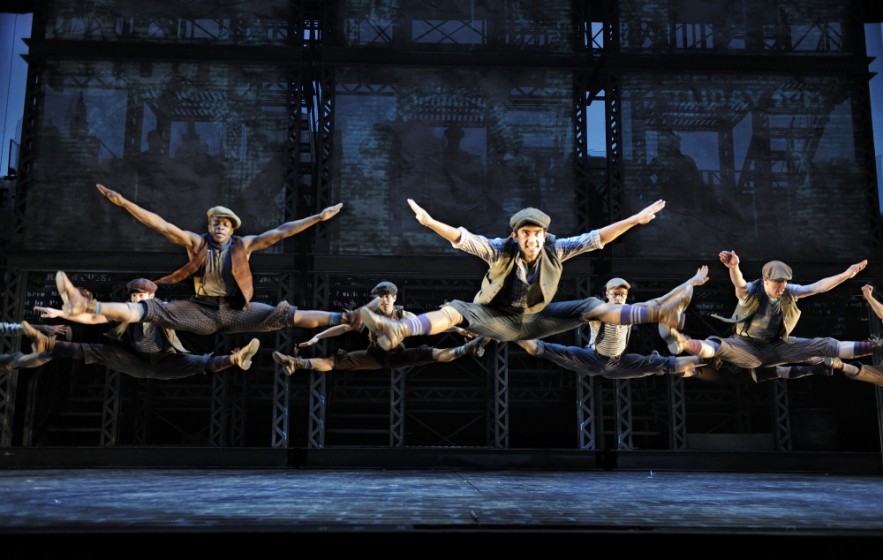 My first trip to New York was two years ago. I was traveling with Drew and three friends. We packed into a van with a full cooler and five suitcases and drove straight through from Halifax to New York. Along the way, we each listed our top picks for our too-short trip to the Big Apple.  Mine was Broadway.

“You know, Broadway isn’t really something you can book last minute.”

My friend was right, though I’m pretty sure I argued with that assessment at the time. The trip came and went, and though I got to experience a lot of great things in New York on that trip, Broadway was not one of them.

There is something you should know about me. My obsession with spontaneous singing and dancing spans back well before I knew there was a magical thing called musical theatre. My parents like to regale strangers with tales of our summer holidays as a child, where I would make up and sing songs for the full duration of our 14-hour road trips.

When I got to high school, I jumped at the opportunity to perform in the school musicals. And, for a long time, my life goals were to audition for, and study at Ryerson and pursue a career in musical theatre.

And while the thought of getting up on stage in costume and performing for an audience gives me a mild panic attack now, I have never lost that love of musical theatre. So, going to New York and not seeing Broadway felt like a really big deal to me.

I wasn’t making the same mistake on this trip. Broadway was most definitely happening.

Here’s something else you should know. Like many of you, I was a Disney kid (that also might help explain the spontaneous singing). I had the good fortune of getting to go to Disney World a few times as a kid, know the words to most Disney tunes, and, when I was in Hong Kong, I even did Disney solo.

Drew is not as keen on Disney as I am. But he does LOVE a good story about social justice. So Newsies (@Newsies) was a natural choice.

Newsies opened on Broadway two years ago. It started as a film – a 1992 Disney musical. The tale is based on a New York City newsboys strike that happened in 1899.  The story was ‘Disney-fied’ (loosely-based) but at its heart, it is a story about the little guys fighting the big guys for equality and fare wages.

The story centers around Jack, a charismatic newsboy. Jack is the unofficial leader of a group of young ‘newsies’, all dreaming of a better life off the streets. They scrape together something of a living selling newspapers, until the big-shot paper they work for (run by Joseph Pulitzer) raises distribution prices on the backs of the newsies. Until Jack rallies the newsboys together and they go on strike.

Corey Cott is the handsom man in the middle. Photo by Heidi Gutman.

I was hooked from the opening note. We had the pleasure of seeing first-time Broadway star Cory Cott in the role of Jack Kelly. His voice was effortless, his performance bursting with energy and character, the kind of performance that pulls you in and takes you there.

And while ‘Jack’ really stole the show, the cast was stacked with excellent performers and memorable characters. I fell in love with Medda Larkin, played by LaVon Fisher-Wilson. She had a voice that shook the room, and more character in her little finger than I could hope to have in my lifetime.

And then there was the dancing. Jumps, and flips, and kicks, and spins. 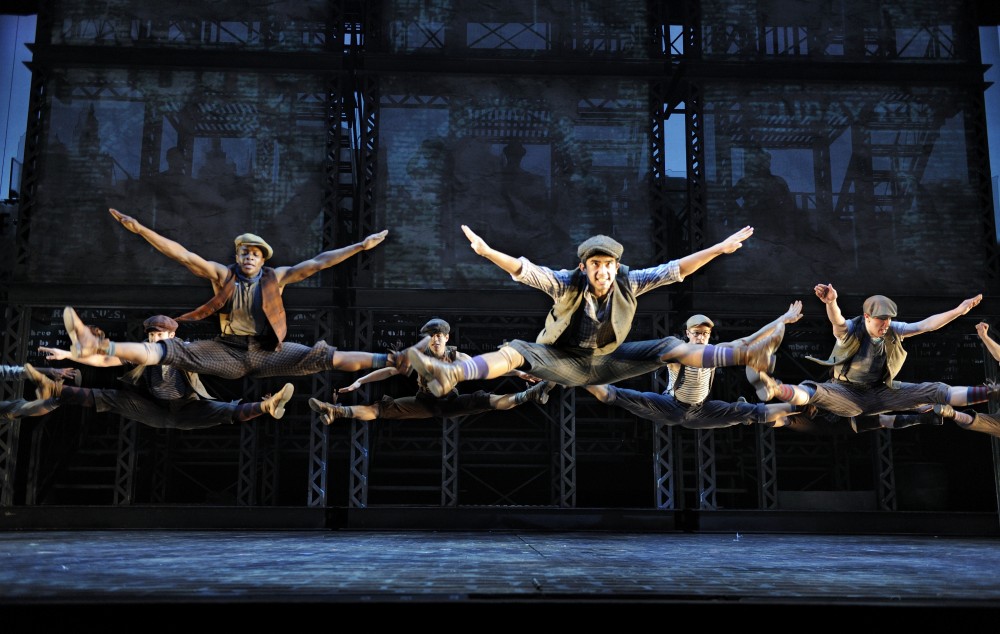 The ensemble of NEWSIES. Photo by Deen van Meer

My Broadway experience was everything I had hoped for and more. We’ve been making plans to rent the movie, and are already planning our next Broadway show. While I’m no professional theatre writer, I feel that my excitement has been validated by Newsies’ many awards. The show has broken five Nederlander Theatre house records on its way to becoming the best selling new musical. It has also received 23 major theatrical nominations, including eight Tony Award nominations, and won the Tony, Drama Desk and Outer Critics Circle Awards for Score and Choreography.

Broadway is actually pretty difficult to book last minute. Oh sure, there is always a chance of getting a rush seat, or scoring tickets to your dream show at one of the last minute ticket booths dotted around New York City. But you may not get a ticket to the show you want, or a ticket at all. Plus, you’re going to spend part of your vacation waiting in line. This show (along with all other Broadway Collection shows) can be booked on TicketPro in advance.

The shows most likely to sell out (according to playbill.com) are Wicked, The Book of Mormon, Pippin, Matilda, Kinky Boots, The Lion King and Jersey Boys.

Want to take a chance at a low-cost rush or lottery ticket?  Newsies works on a lottery rush system. Two hours prior to the show, theatre goers can enter their name for a chance to purchase up to two tickets at $30 apiece (cash only). Tickets are drawn two hours before the show starts. You need to have a valid ID and be there for the draw to collect your tickets if you win.

Right now, The Broadway Collection (@BWayCollection) features 27 shows in New York. The new shows for 2014 are Bullets Over Broadway, Cabaret, Rocky, Aladdin, and Les Miserables. I might have to go back to see Les Mis, which was still in previews while I was there. Or, I can start looking at tickets for our summer trip to London!

What’s your favourite Broadway show? Do you normally book in advance or take a chance at last minute tickets? I’d love to hear from you in the comments below, or on Twitter @GillianWesleyNS