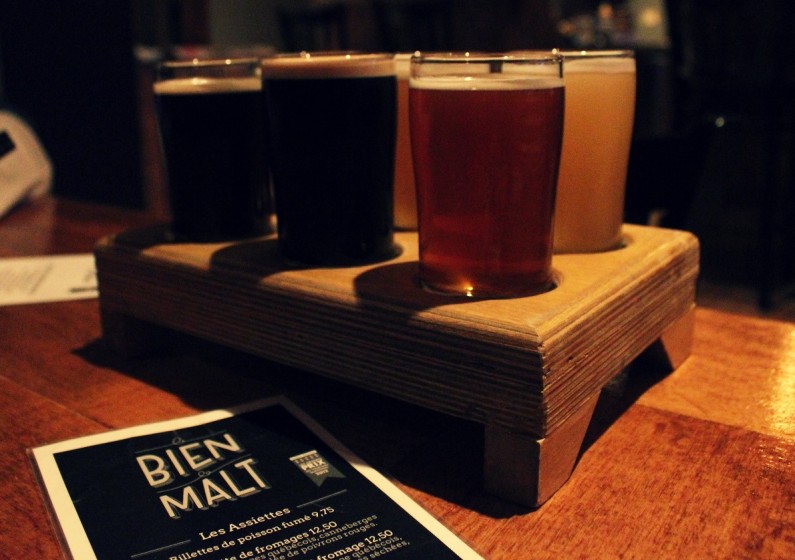 Le Bien, Le Malt is a small brewpub and restaurant in Rimouski, Quebec. Their range of craft beer are brewed on-site using locally sourced ingredients where possible. Most of their beer are English-inspired, but they change up their menu on a regular basis. The night we were there, the line-up was quite diverse, from pale ale to west coast IPA to coffee stout (full list below). Their menu also features a lot of local – Quebec cheeses, meats, and fish to pair with your local brew.

Le Bien Le Malt is a great place to have a beer and listen to live music. They often have new and emerging musicians take the stage. It’s a small stage and an intimate setting, a great place to spend a few hours indulging in local treats. 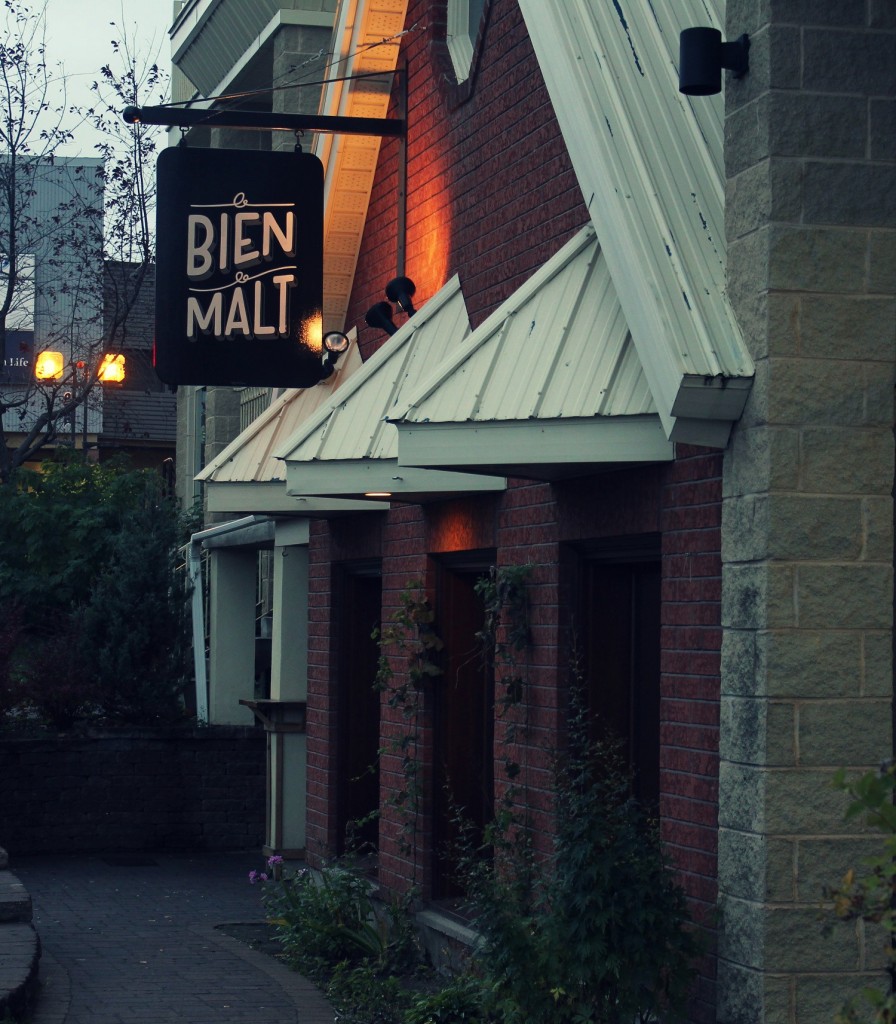