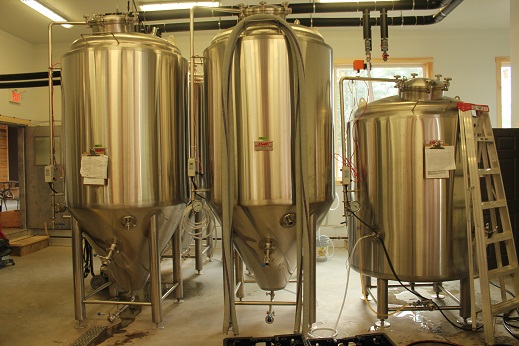 Just a little more than six-months after opening, Boxing Rock Brewery in Shelburne has announced they’ll be increasing production by 50%. Today, Boxing Rock welcomed new production equipment to their brewery.

They’ll be adding a 5th 34-hectolitre fermentation tank to their brewhouse. The expansion will allow Boxing Rock to expand the brewery’s fermentation capacity and brew more frequently.

In a press release, owners Henry Pedro and Emily Tipton say that the expansion has always been part of the business plan. For the past few months, they have been struggling to keep up with demand.

“This expansion will allow us to make more of our three year-round products while keeping up with demand for new, innovative seasonal brews,”  Henry said in the release.

The press release also indicates that Boxing Rock hopes to start distributing their product outside of Nova Scotia.

Looking to explore craft breweries and brew pubs in the province? Check out our Complete Craft Beer Guide to Nova Scotia!