Benjamin Bridge Winery believes that great wine is made in the vineyard. They put quality before quantity, and let the terroir inform their vines and wines. Their 60 acre vineyard is located in the Gaspereau Valley. It’s a picturesque property with a view you’d expect in France.

While Nova Scotia is now well-known for traditional method sparkling wines, Benjamin Bridge was the first winery in the province to attempt that style. Their first commercial release was in 2008. They called it Nova 7, a 2007 vintage sparkling wine. Since that first release, Benjamin Bridge Winery has been making waves. In addition to their numerous awards and accolades, they were the first NS wine to be sold in Ontario.

Samples Available? Private tastings are available for groups of 12 or less by appointment only. The Benjamin Bridge booth at the Halifax Seaport Market offers tastings each Saturday from May through December.

Tours Available? By appointment only.

We Recommend: picking up a bottle of Nova 7 during your visit. It is available at most NSLC’s and specialty wine stores in the province. Call ahead, this wine sells out in a matter of months every year! 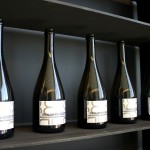 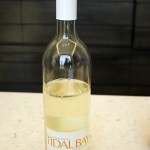